Recently I had two faulty Sunset Riders (by Konami) PCBs on the bench for repair.The first board came from Portugal: 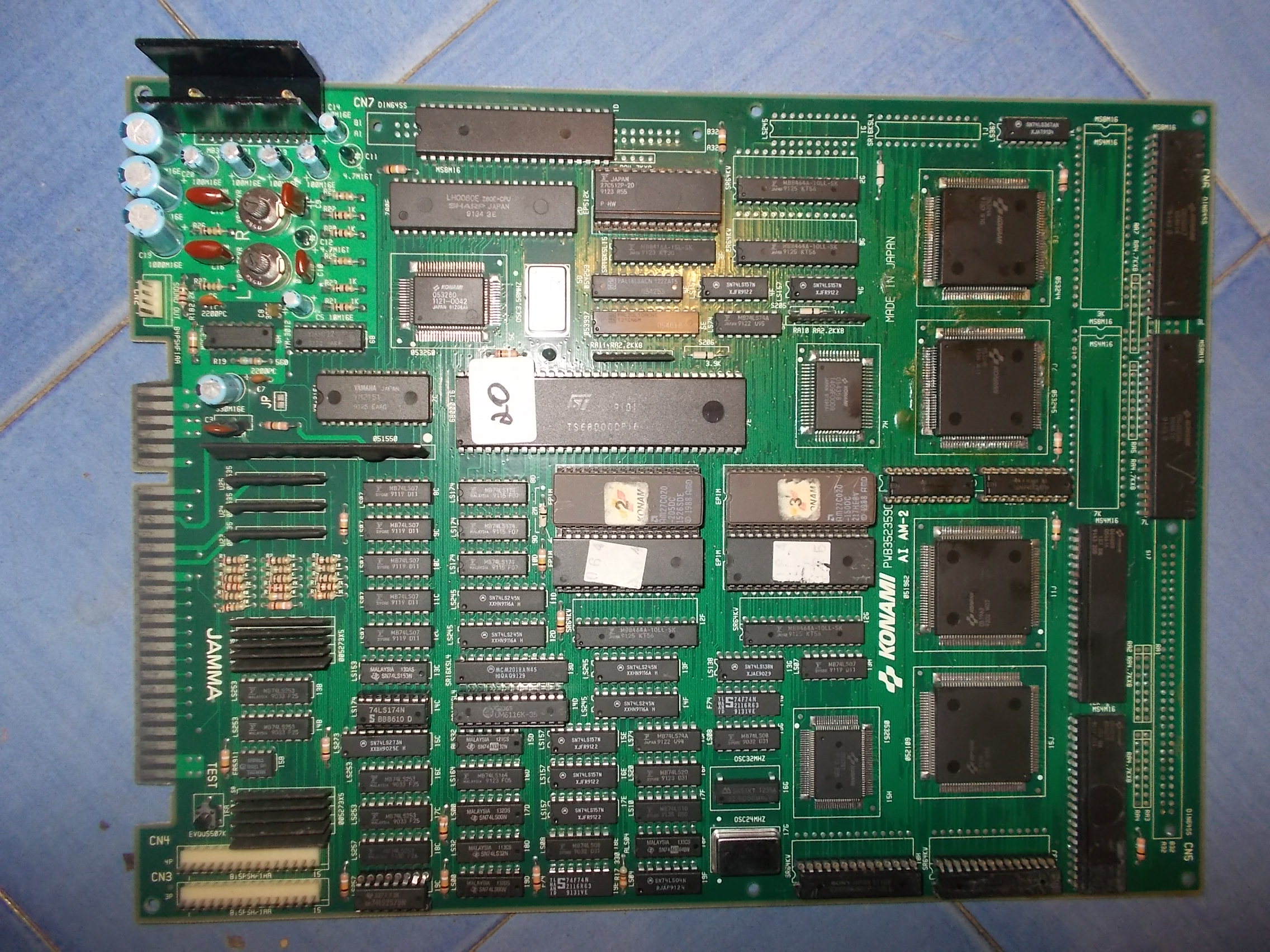 Board was watchdogging in an endless loop, sign that no valid code was executing by main CPU:

Doing the usual check on CPU/RAM/ROM circuit revealed that a data line of a WORK RAM was stuck low: 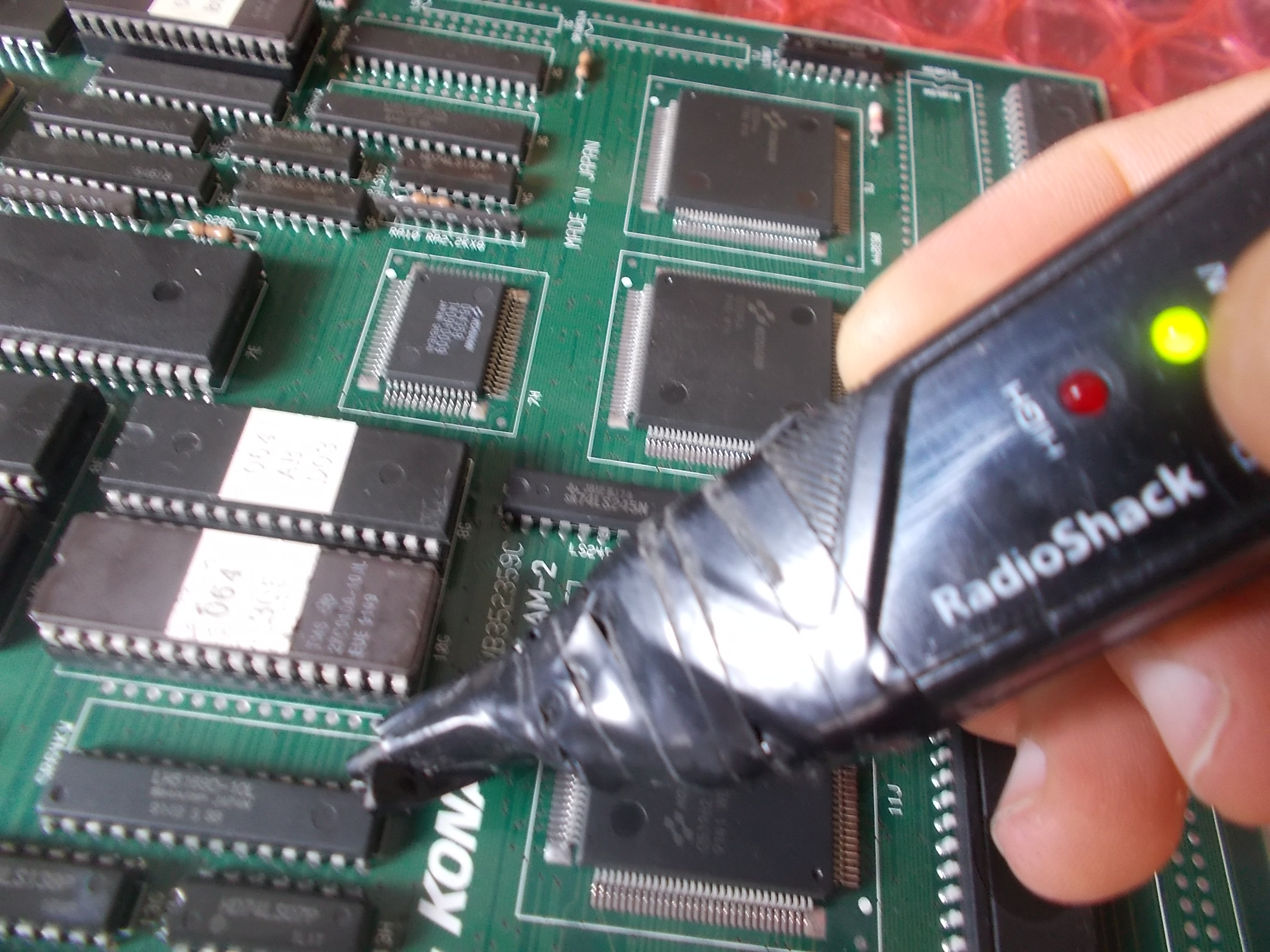 Pin was almost shorted to ground: 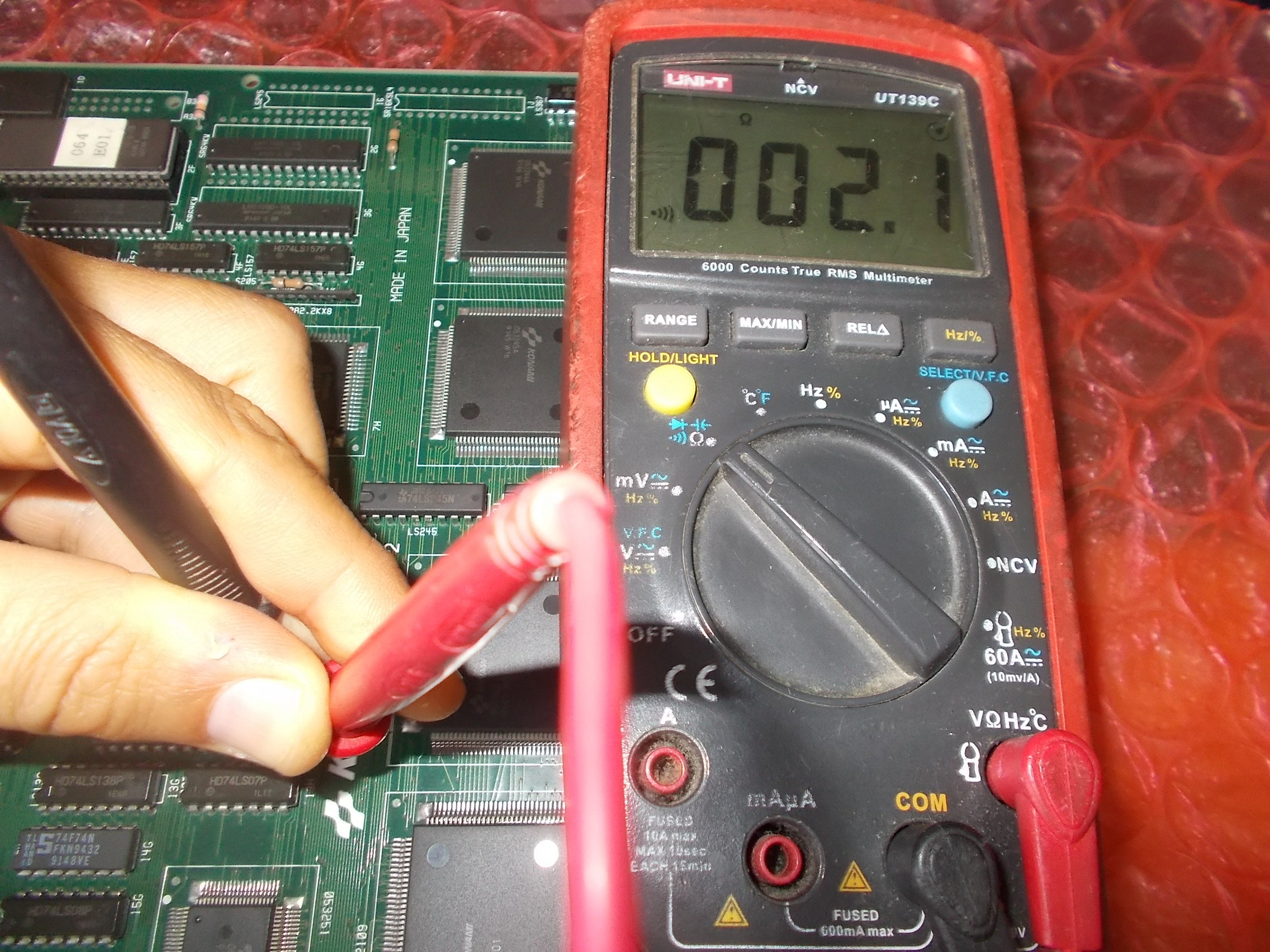 This is shared with main CPU (pin 1, data line D4) and other devices too.Using a short locator I measured resistance to GROUND of all common points: 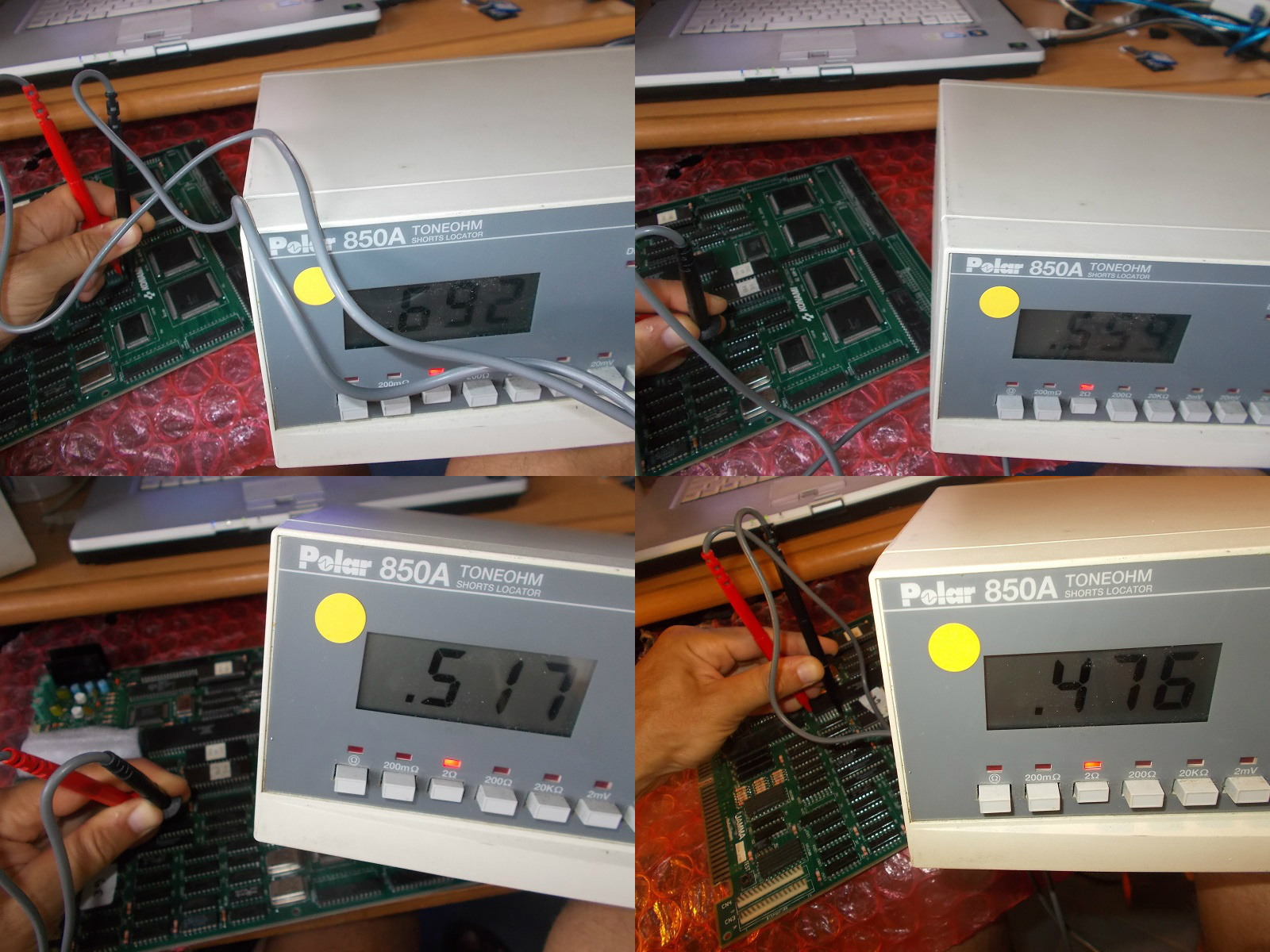 The IC failed the out-of-circuit testing: 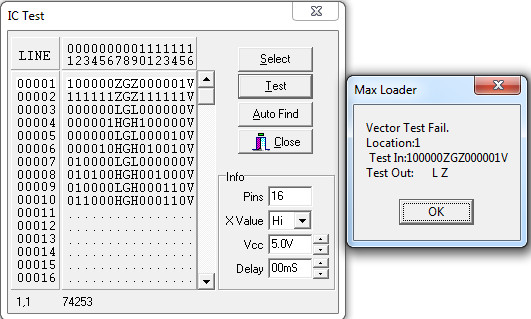 The board booted up but failed the POST showing a bad device @15B on an upside down screen: 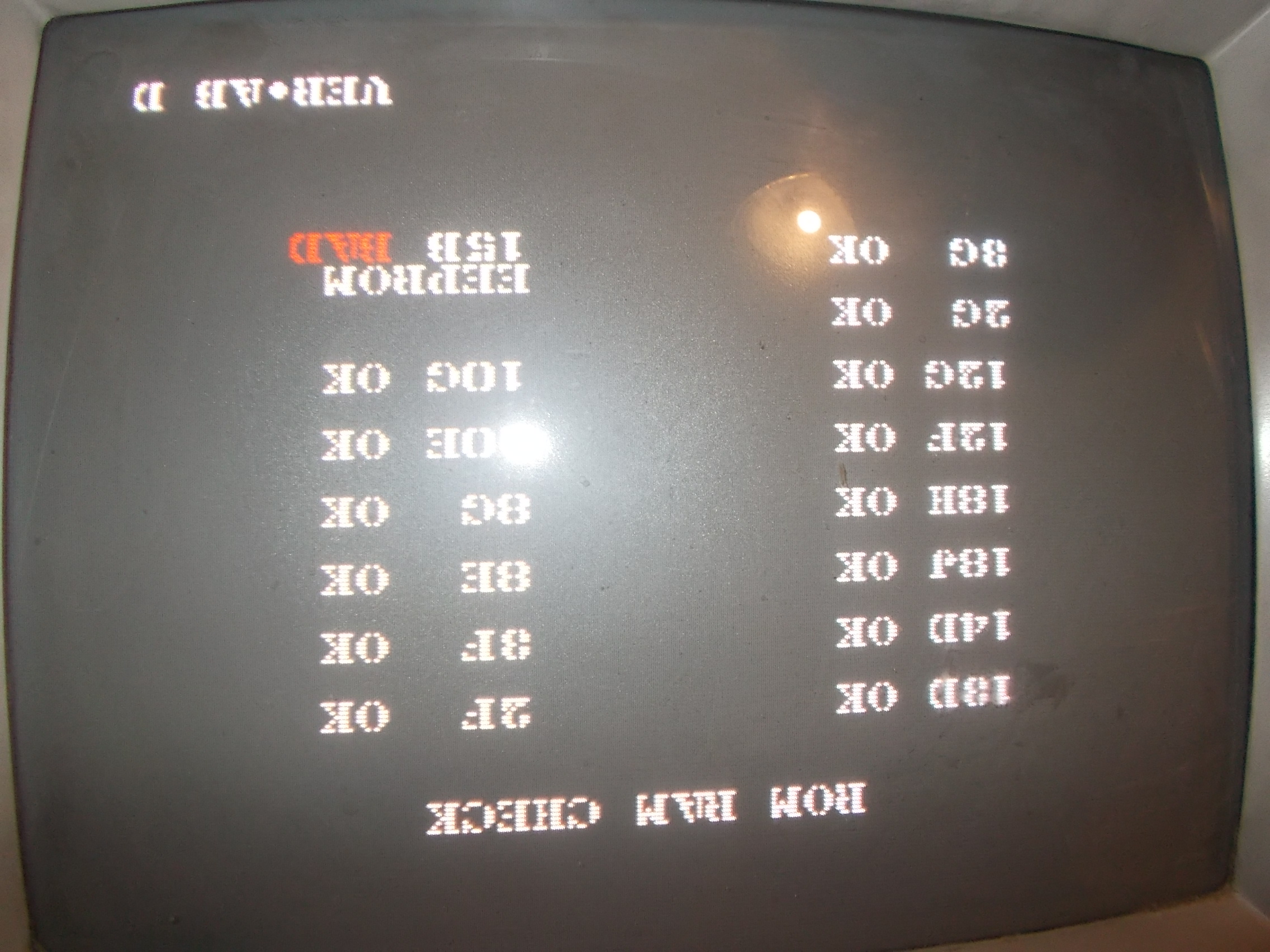 The device concerned is the ER5911 serial EEPROM : 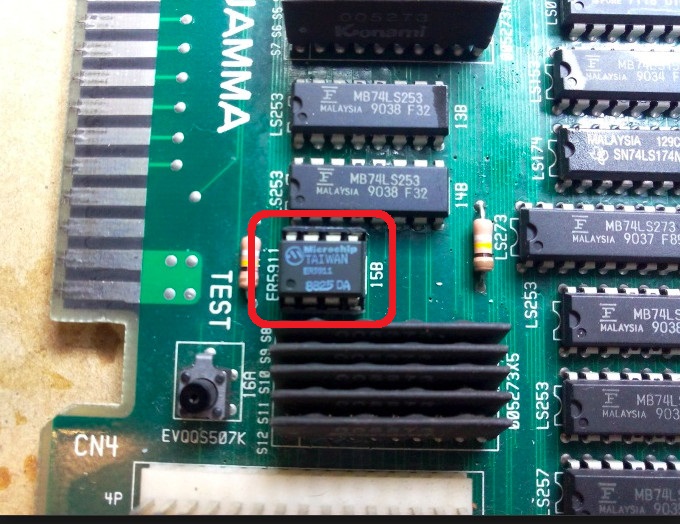 Someone previously replaced and socketed it but managed to rip the rivet of the pad of its pin 4 (which is the data bit output) which lost connection with the rest of board : 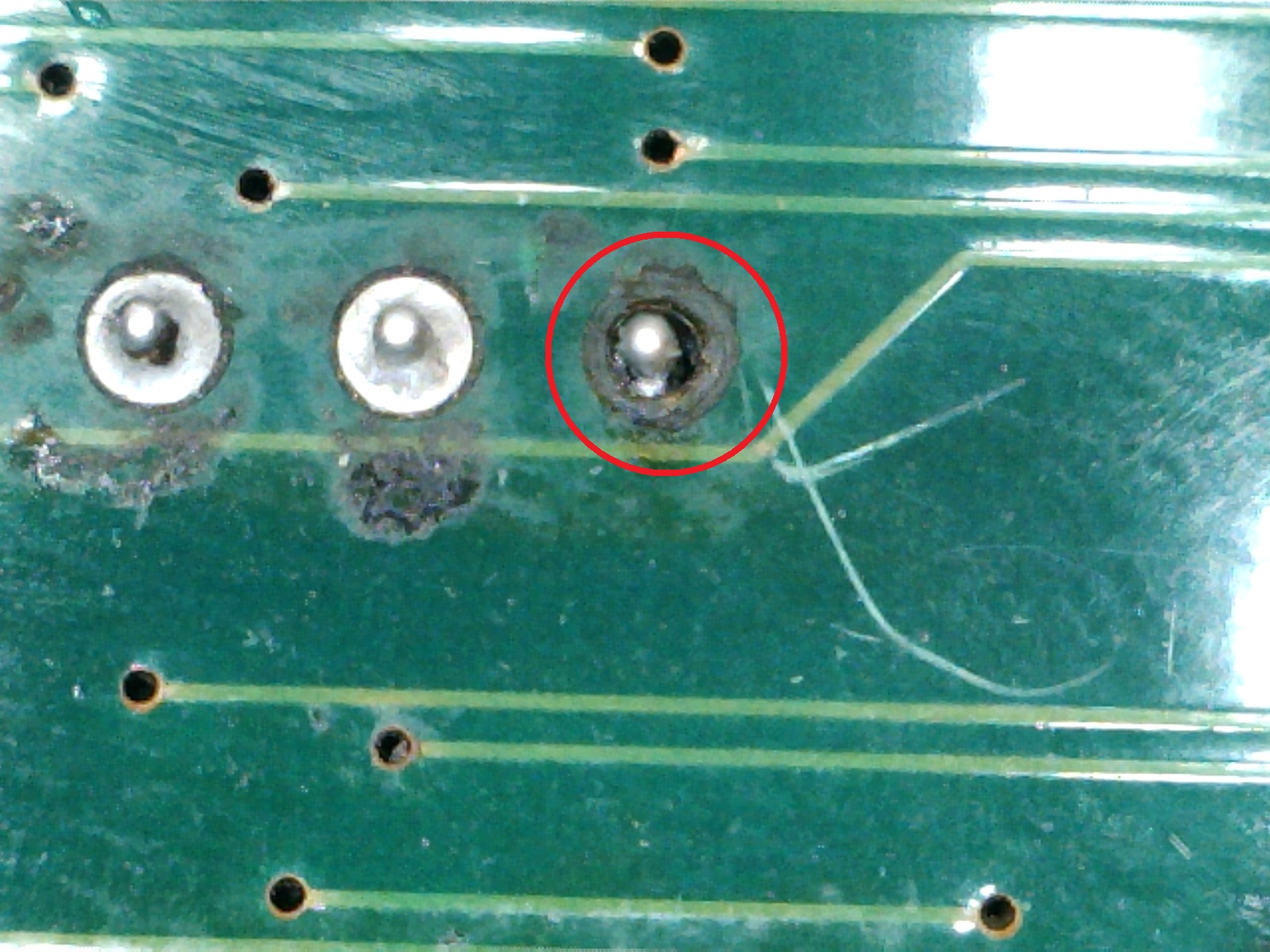 Once restored the connection I had to re-initialize the EEPROM:

After this the board successfully booted into game with no further issue.First board fixed.

The second board was in a lot of faulty PCBs I bought: 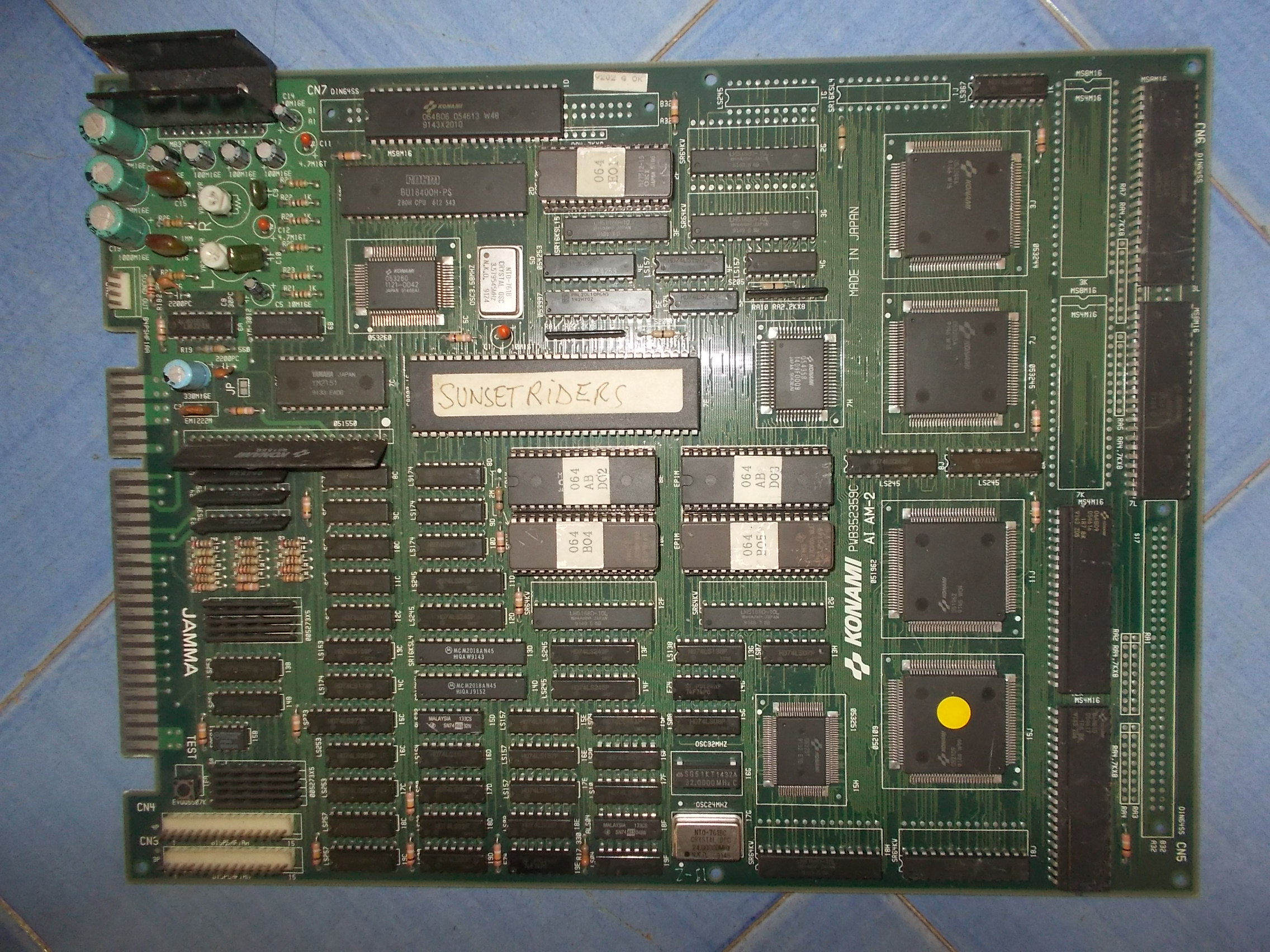 It booted up but jailbars were present all over the screen: 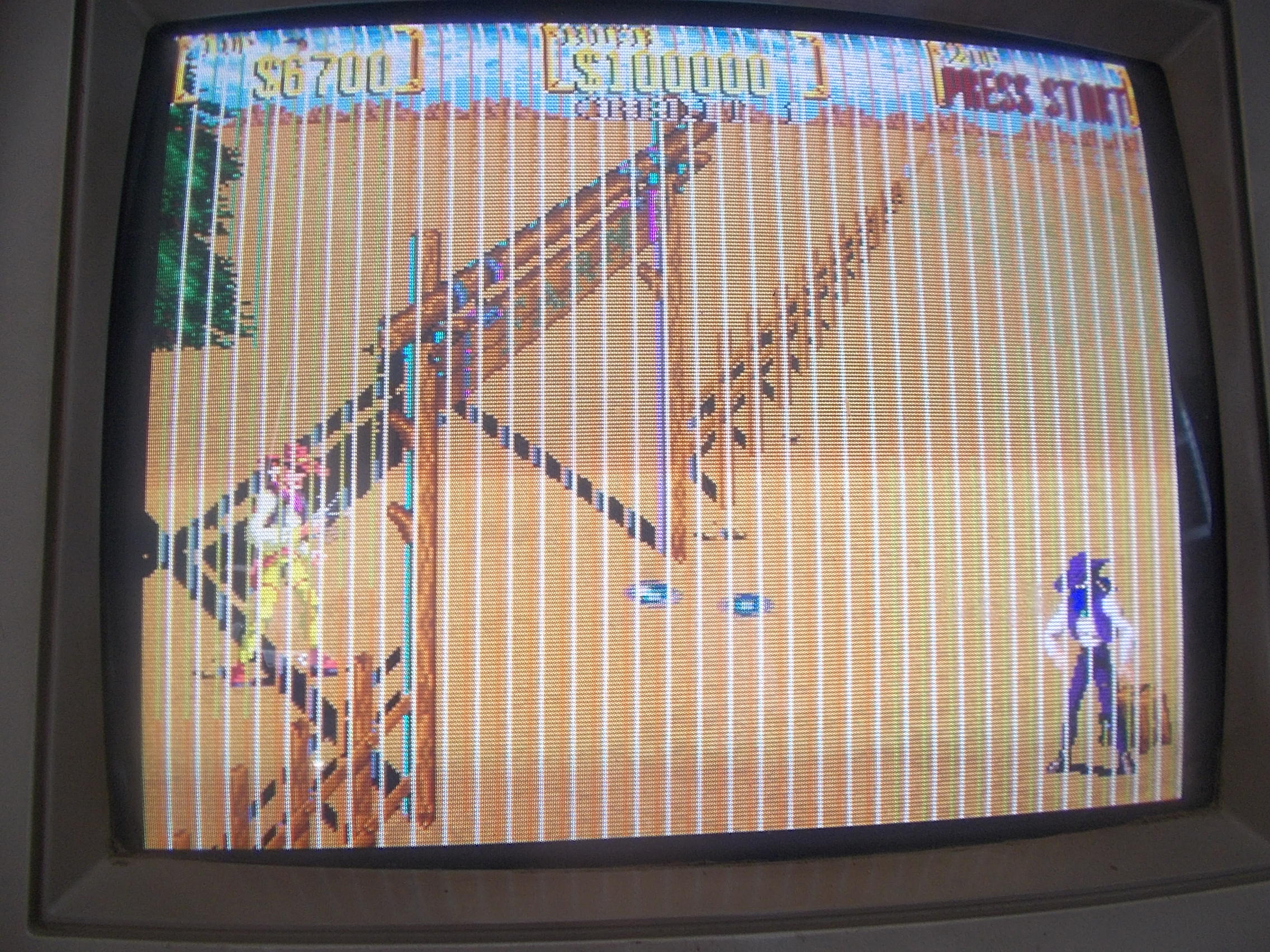 Lines are a clear sign that something is wrong with the graphics data (in this case the tilemap).I launched a MASK ROM check which found a bad device @16K: 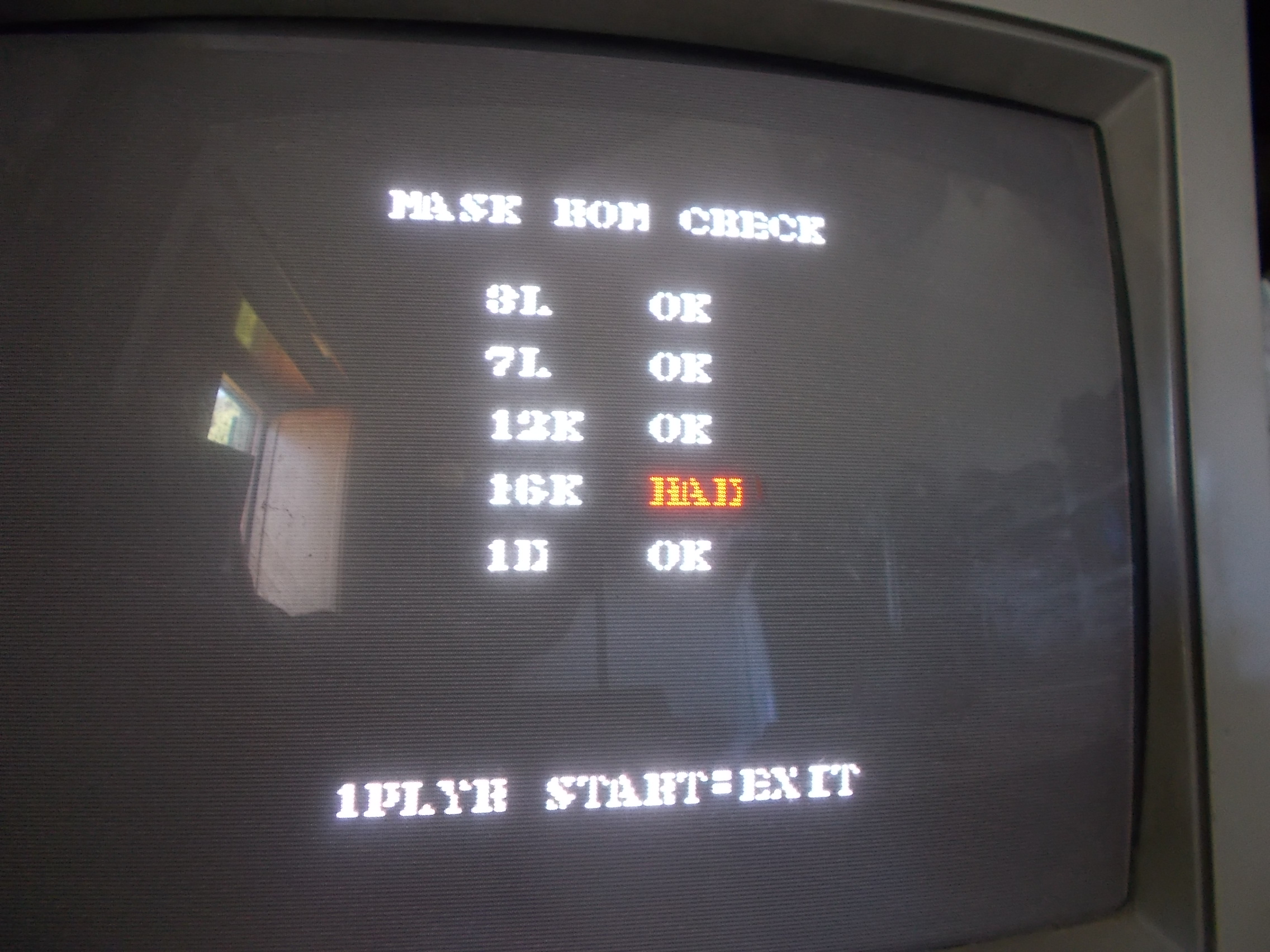 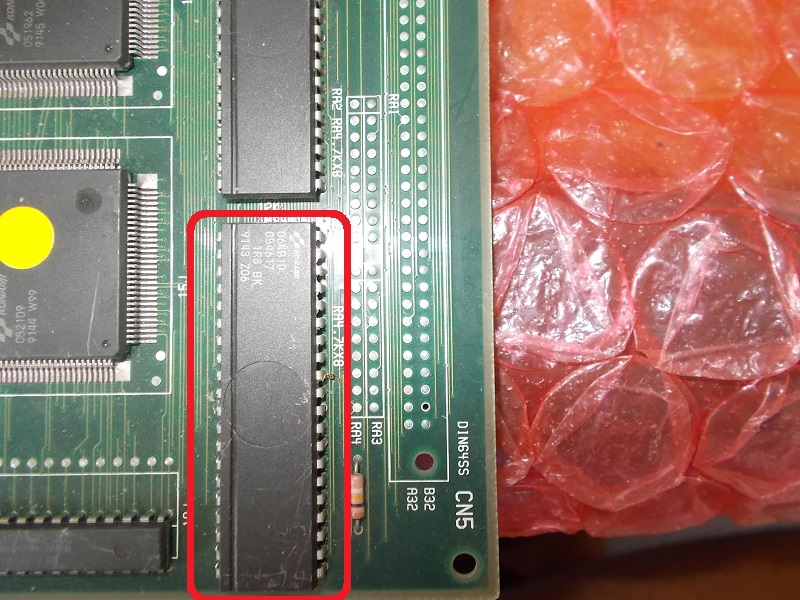 I was about to replace the device when I gave a look on its soldeside and found a deep scratch : 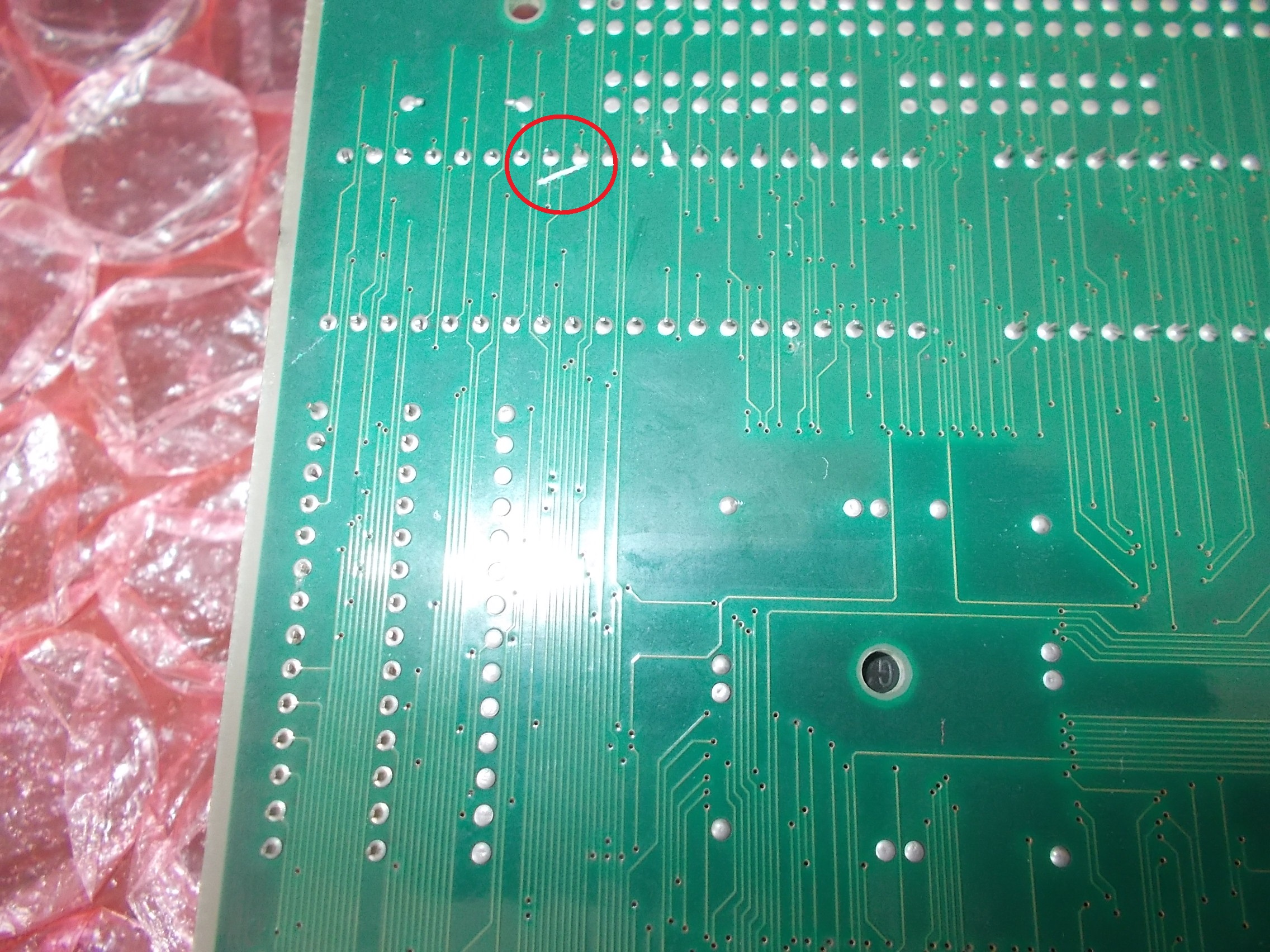 Under a microscope two traces appeared to be severed, they were indeed two data lines of the MASK ROM (pin 13 ‘D0’ and pin 28 ‘D7’).A quick check with a multimeter in continuity confirmed it. 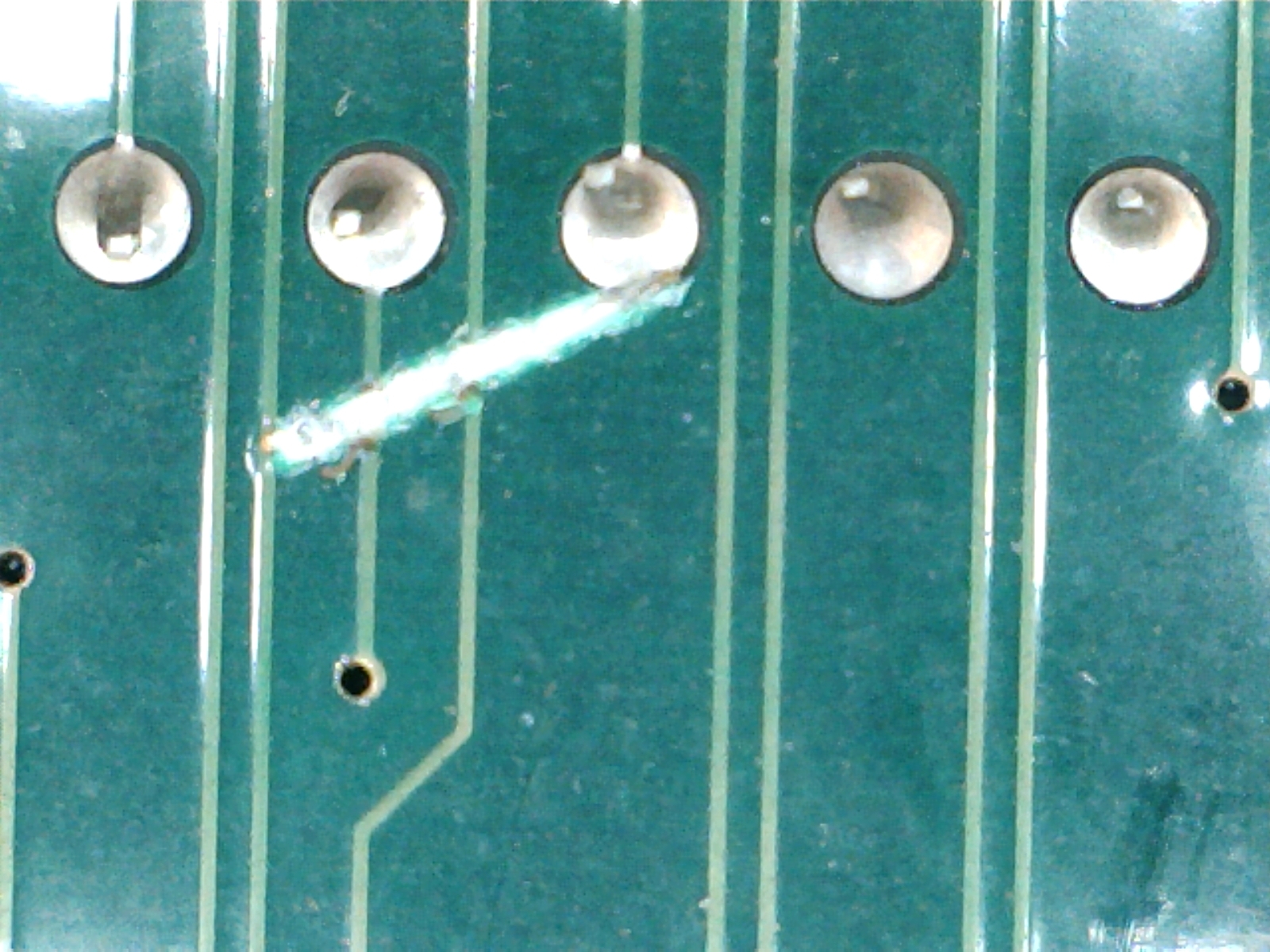 I restored connections with some AWG30 wire: 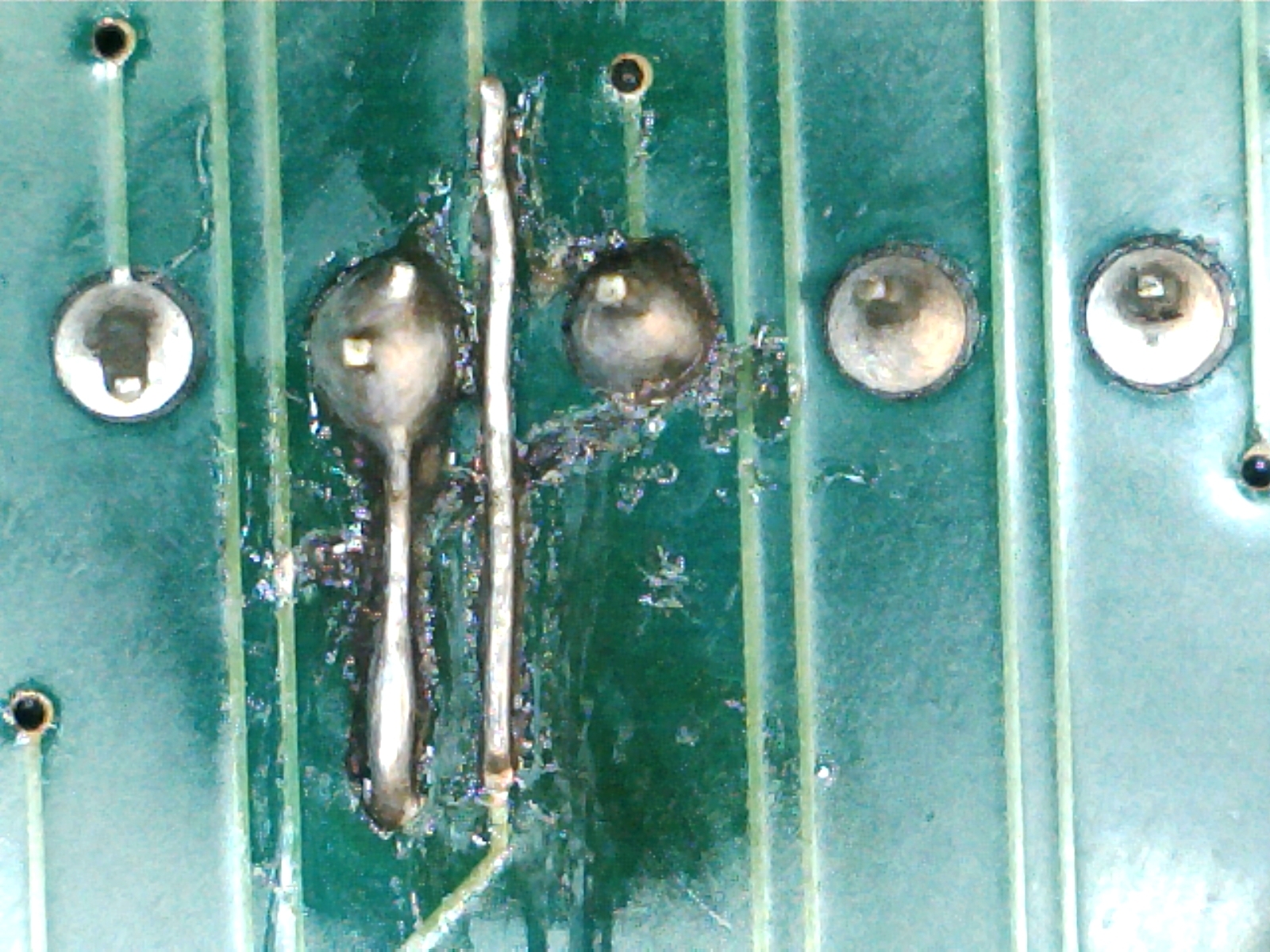 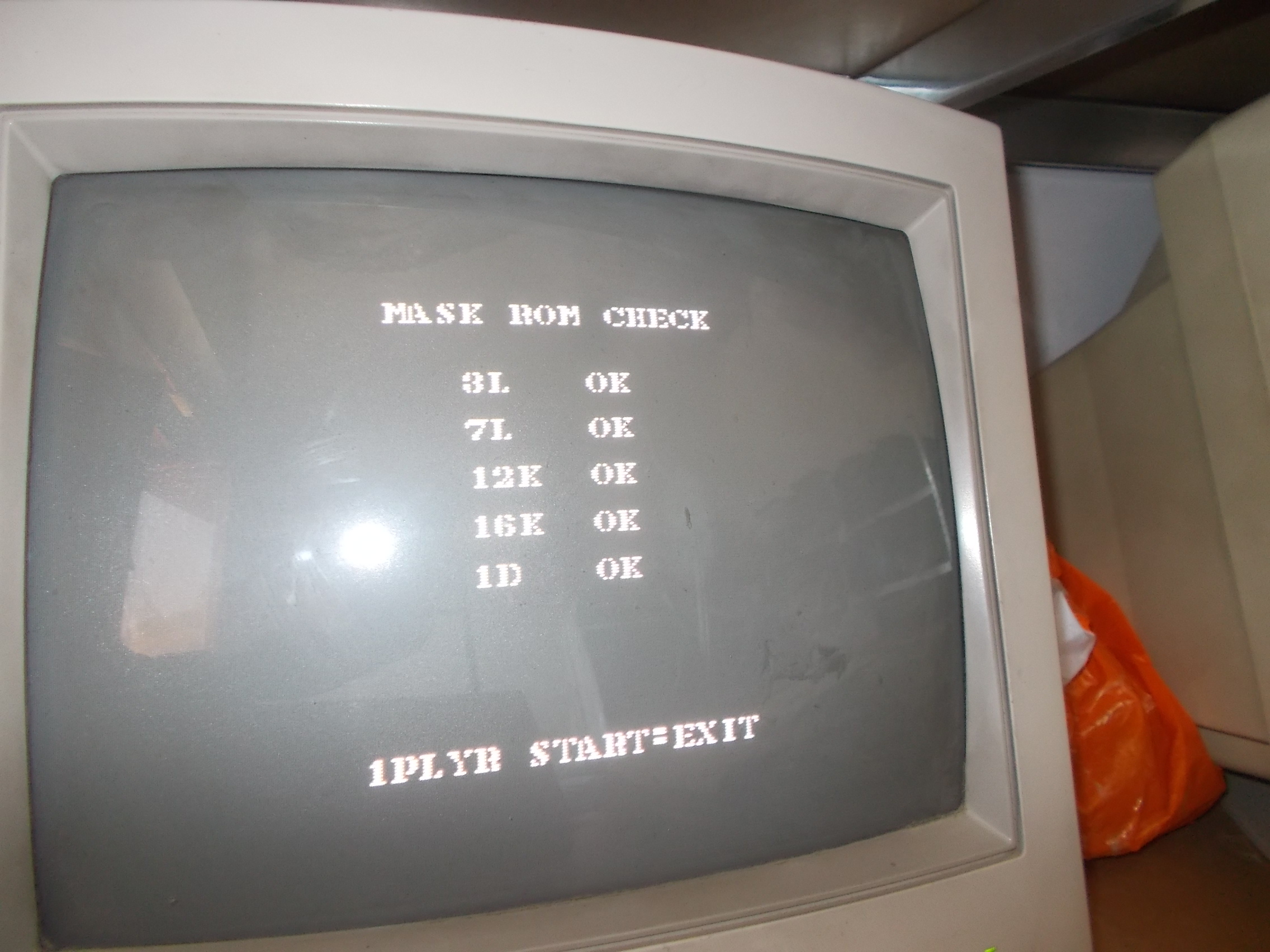 Board 100% fixed and double repair accomplished. 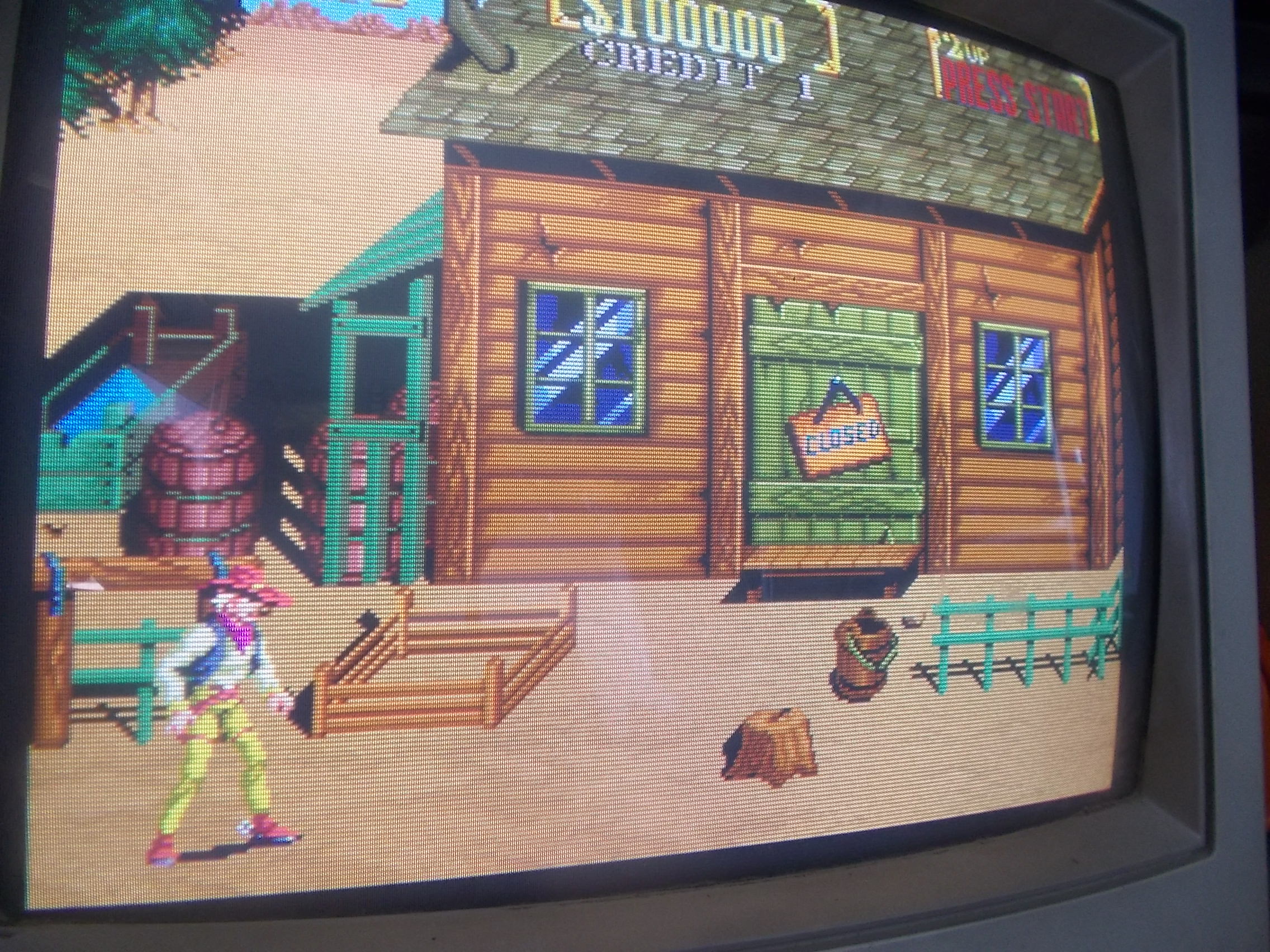