Got this Sunset Riders PCB from my friend Joachim: 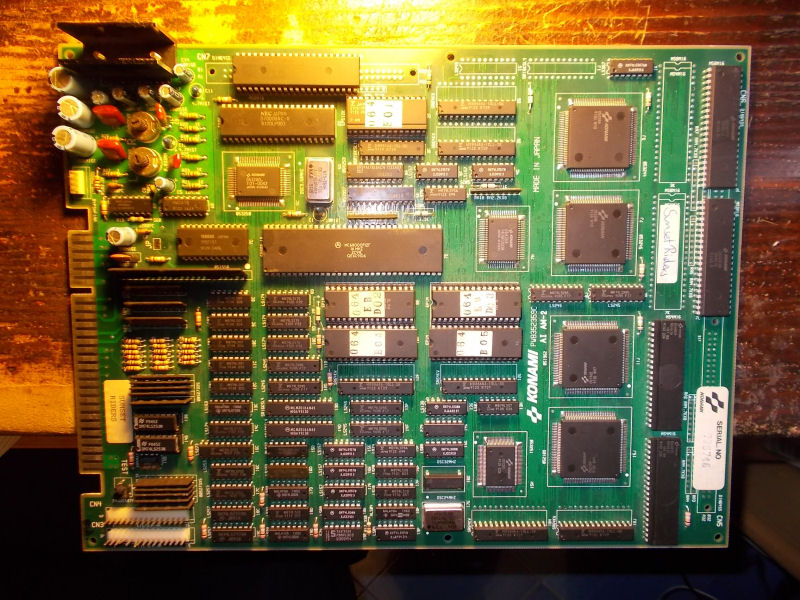 He told me PCB suddenly stopped working while he was playing at it.When I powered it up I got this :

Board was constantly resetting sign that the watchdog circuit was active.The main 68000 CPU was halted and its data/address bus in high impedance state.For first I disabled the watchdog by closing the jumper ‘JP’ near the JAMMA connector: 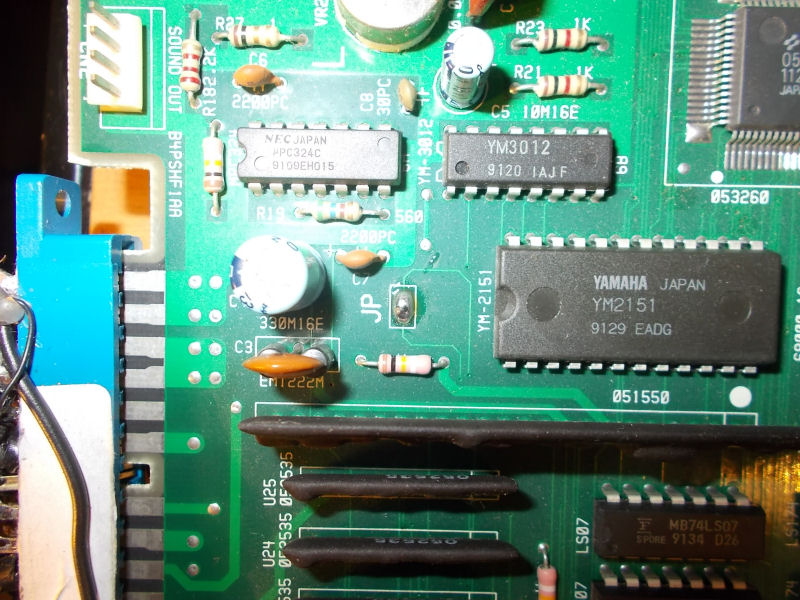 The /RESET signal was correctly generated by pin 10 of the custom SIL ‘051550’ but its clock input on pin1 was stuck high : 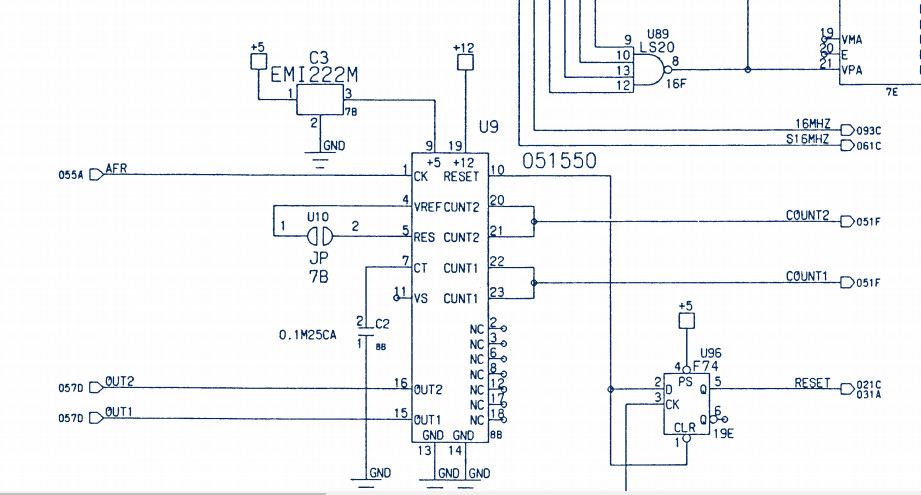 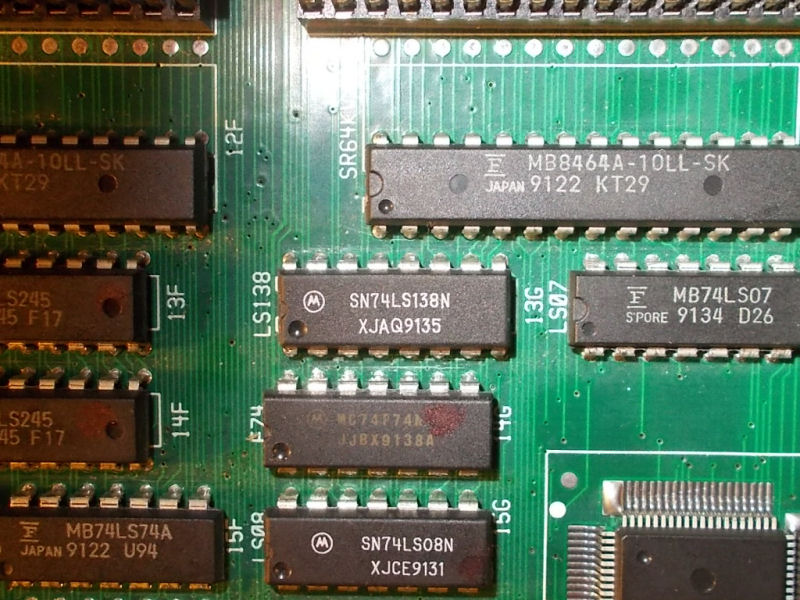 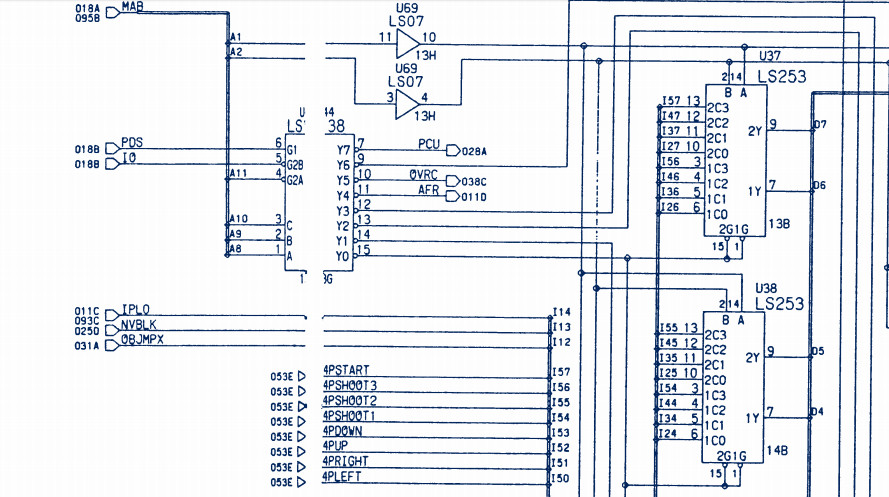 Obviously, since the CPU was halted, I got no activity on inputs and outputs of this 74LS138 but I found that its pin 15 (an output) was almost shorted to ground (only 6.3 Ohm of resistance): 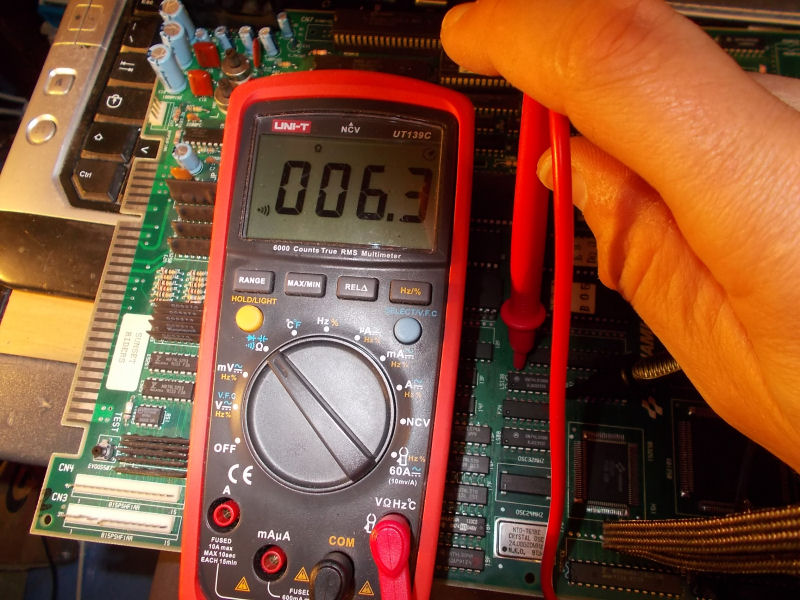 This was clearly abnormal, two were the possible causes : either this output was shorted internally to ground, either something was tiying it externally.I removed the 74LS138 but it was good and pad of pin 15 was still almost shorted to ground.Part of schematics posted above shows pin 15 connected to pin 1 and 15 of some 74LS253 multiplexers.Using again my multimeter in continuity check I could find the point of less resistance in the area of the two 74LS253 @14B and 13B:

I couldn’t know which was exactly the bad one so I desoldered both and tested out-of-circuit.The one @14B failed:

Fitted a good IC and the board lived again. 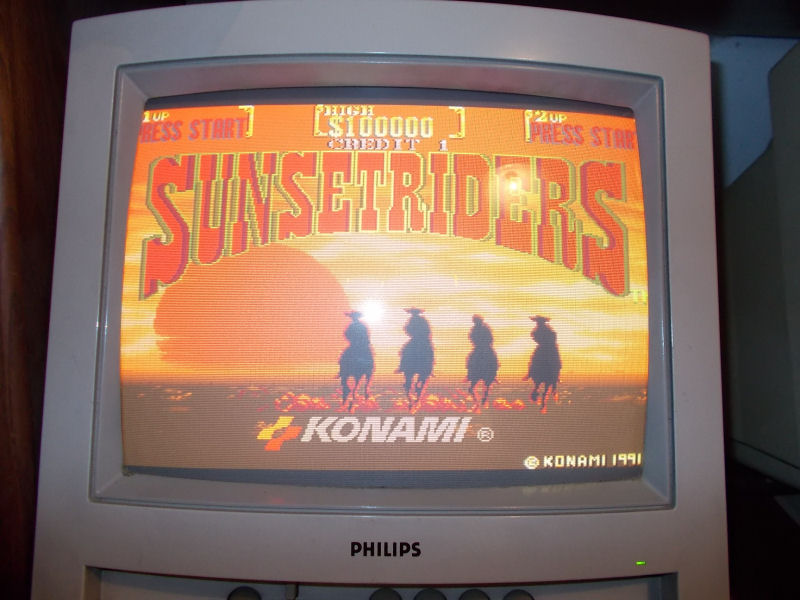