Received some days ago a box of faulty boards for repair.There was a clean Sunset Riders PCB: 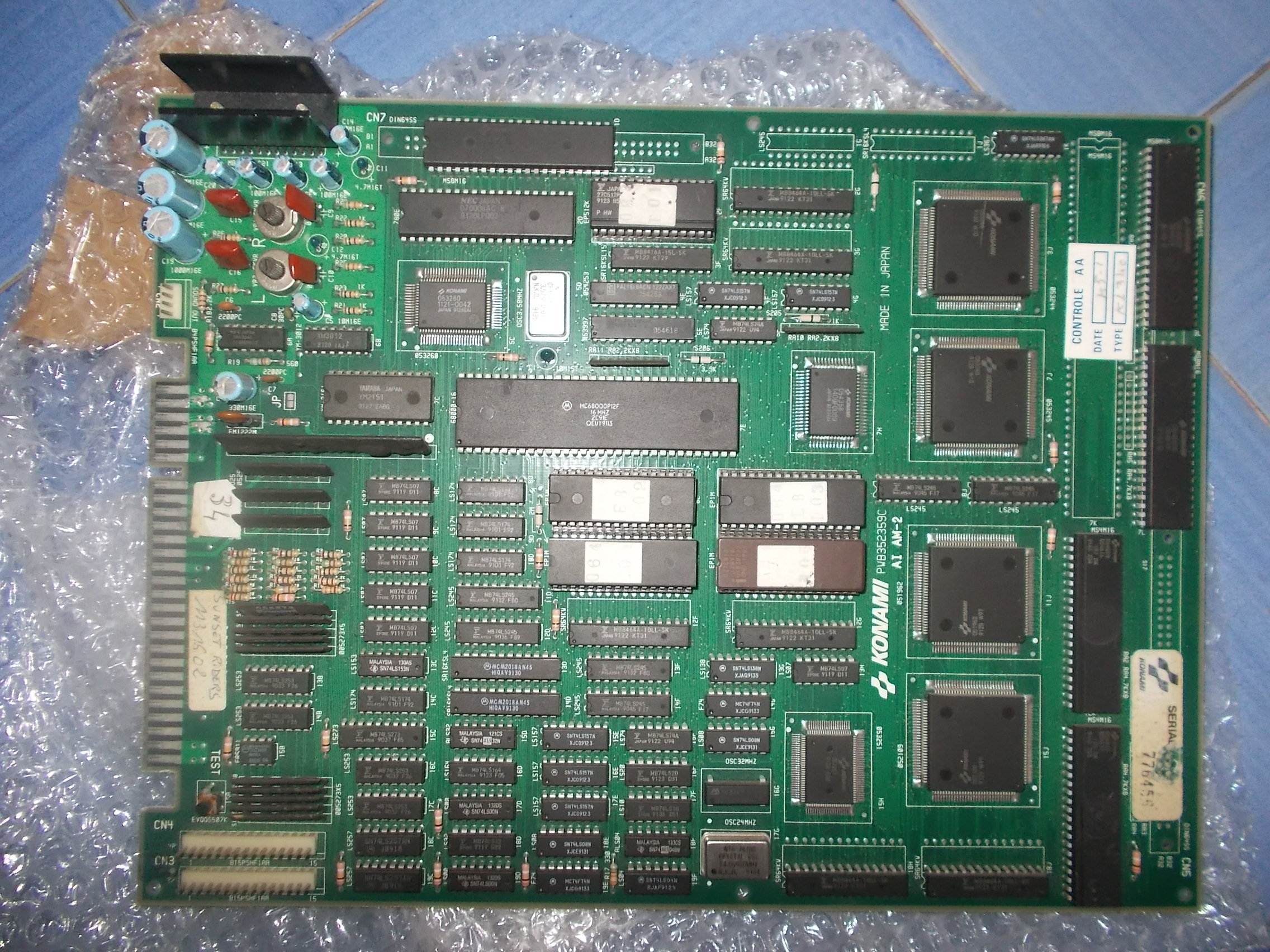 Game played fine except for sound since samples were only noise (music was fine instead):

Sound samples are stored in a 8Mbit MASK ROM @1D: 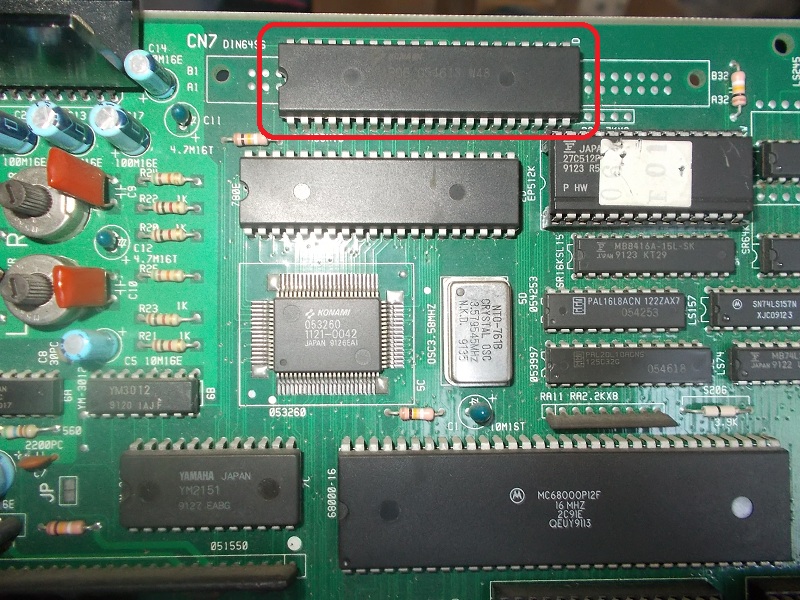 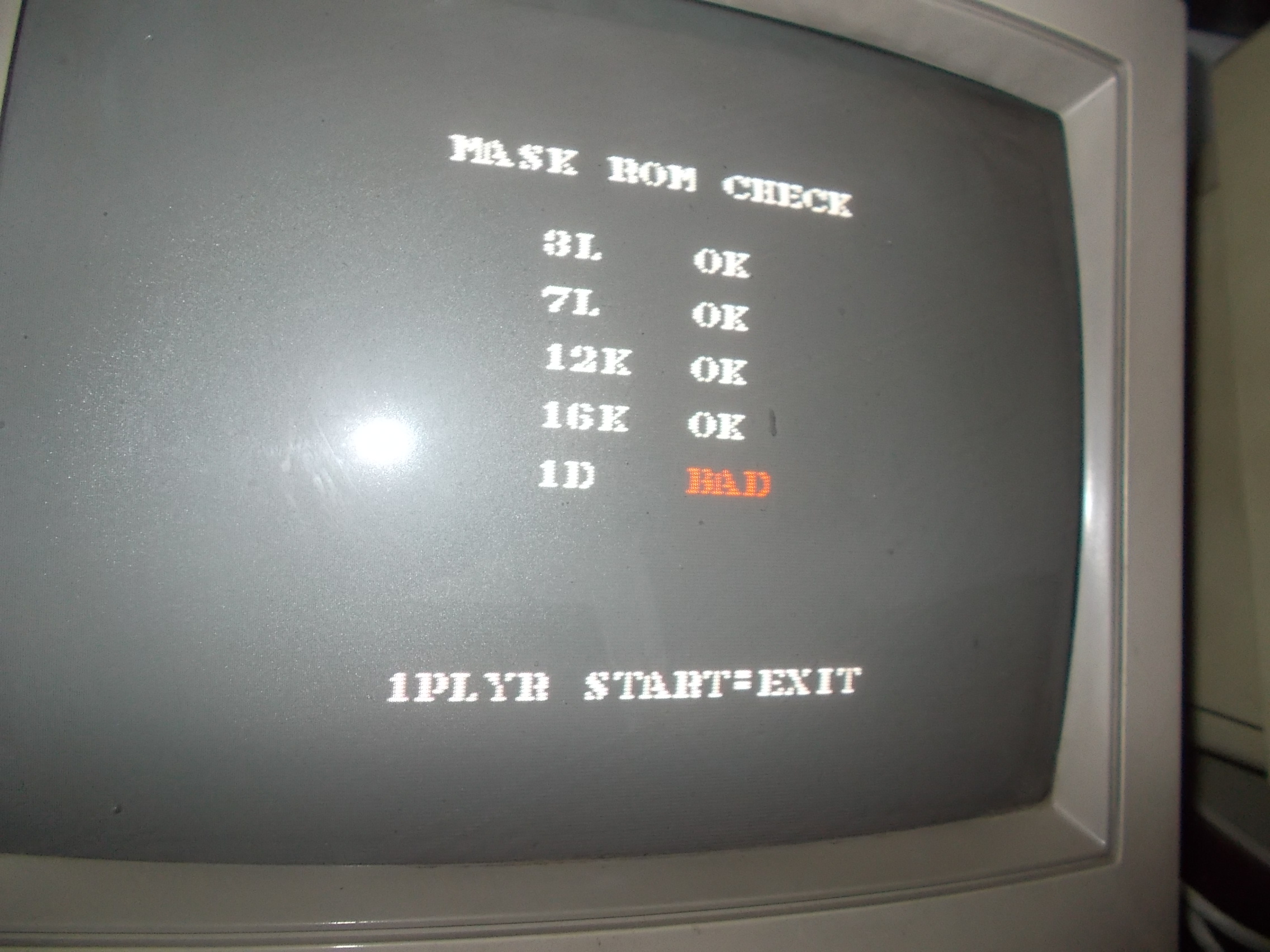 I was sure device was really bad (Konami ones are well known to be prone to failure) so I removed it : 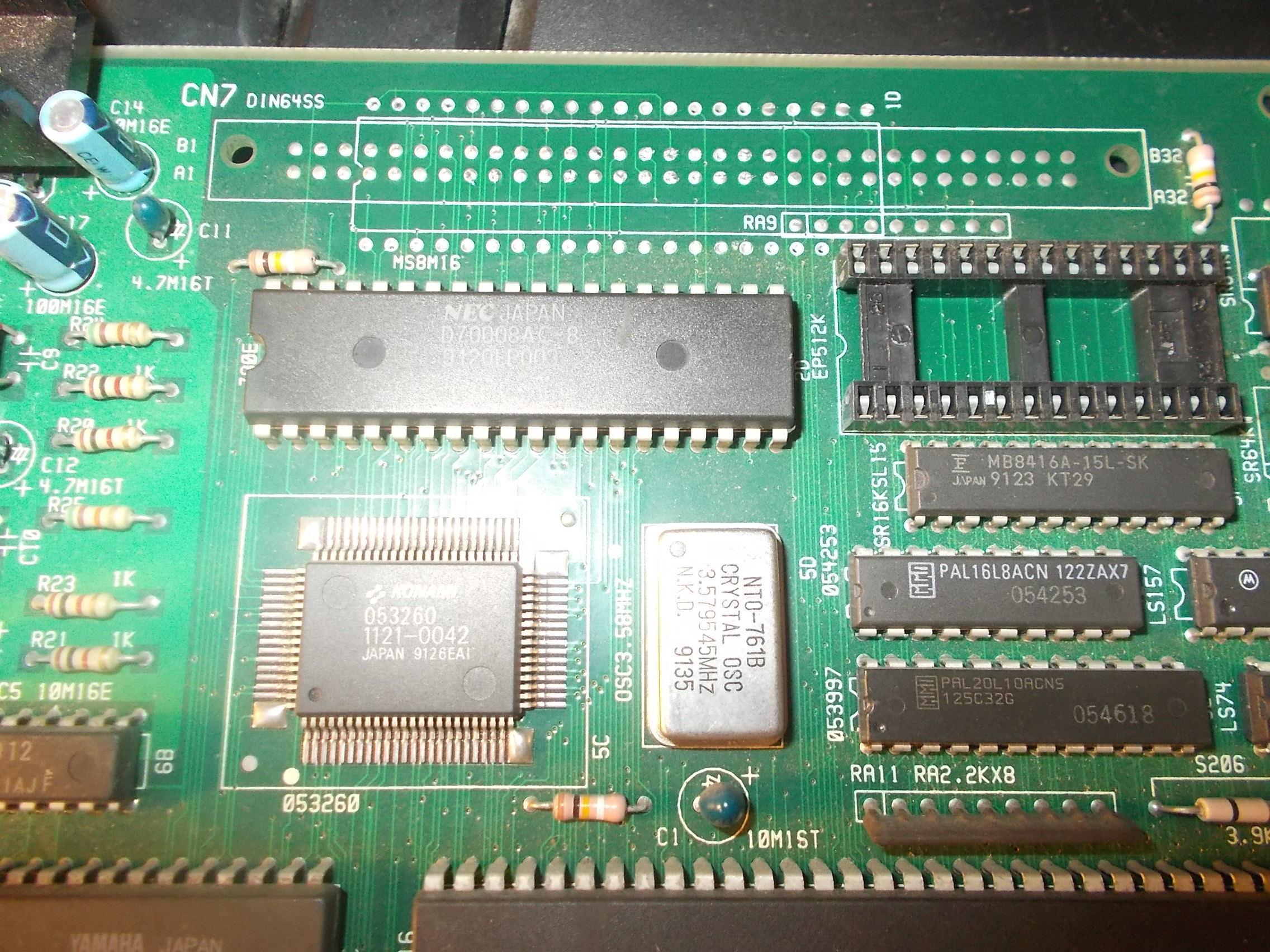 But it turned out to be good instead since reading it ended up in a good dump and also replacing it with a programmed 27C800 EPROM had no effect . 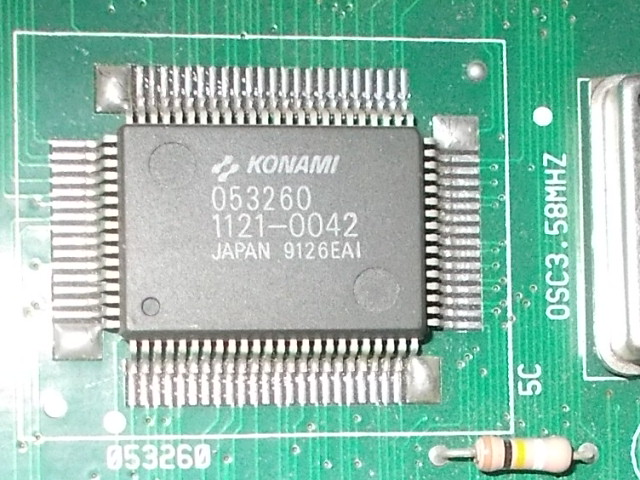 No other component is direclty involved so most likely the ASIC was the culprit.I removed it : 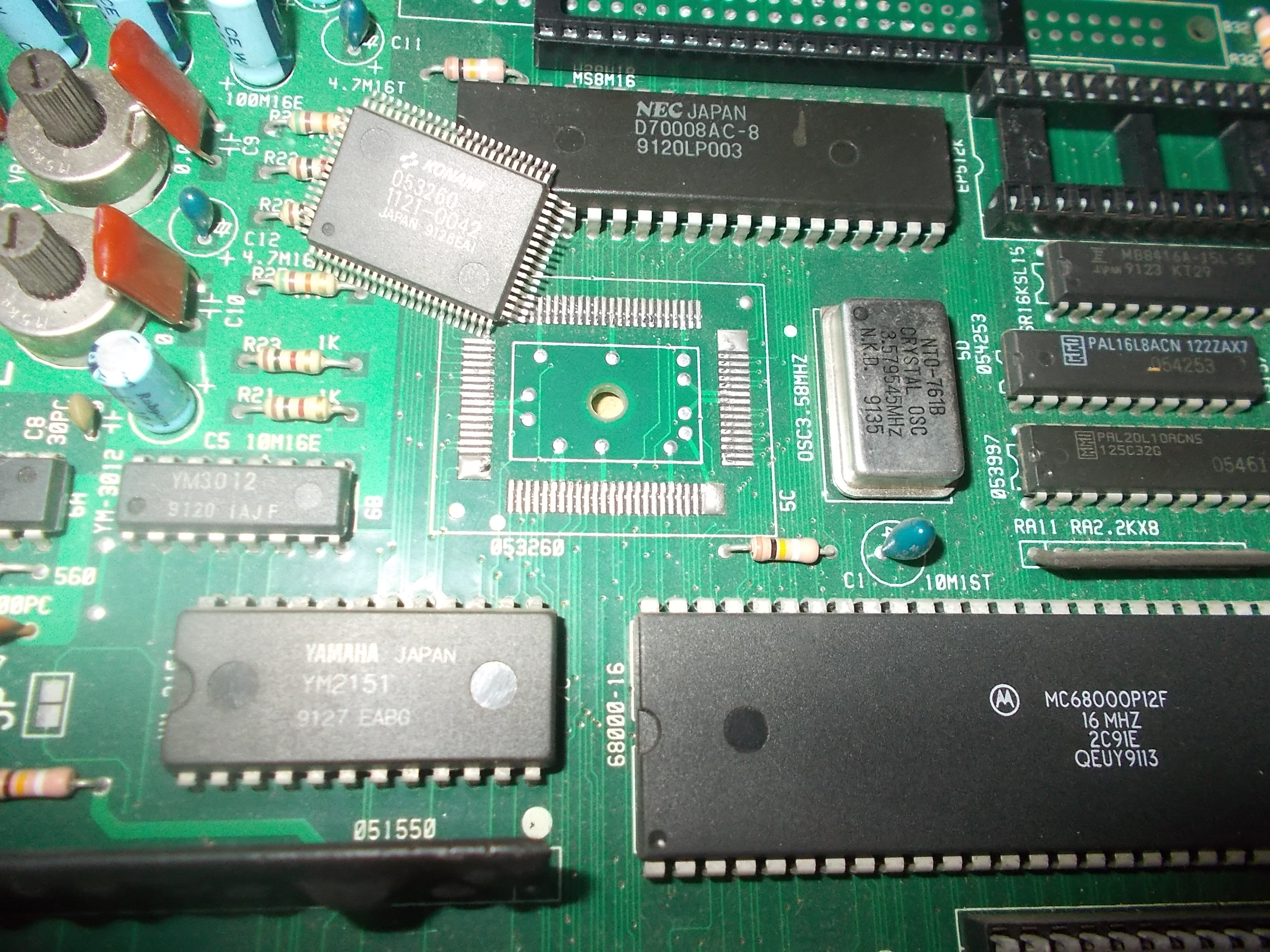 Took the spare one from a scrap Asterix and soldered it back on my board: 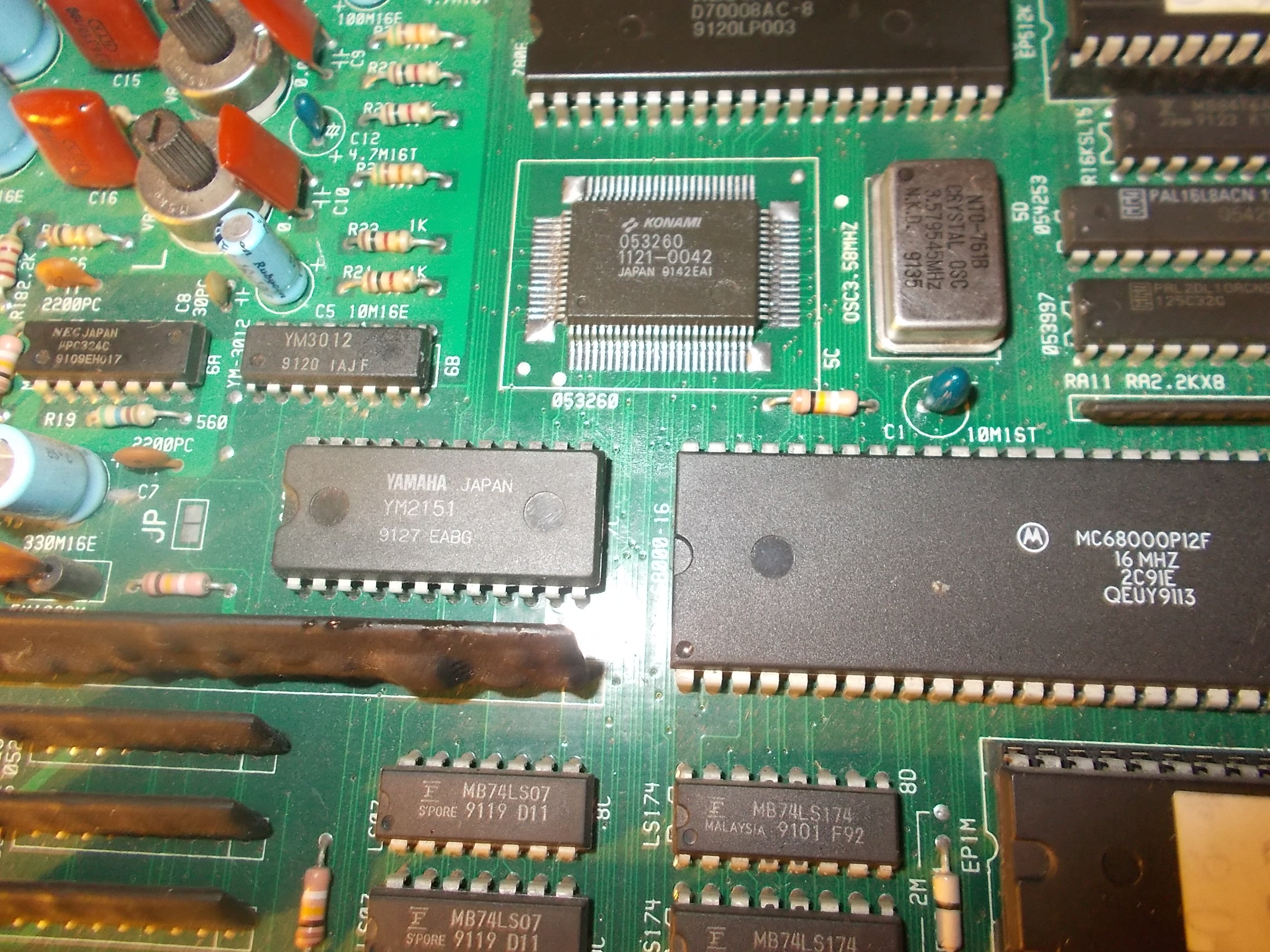 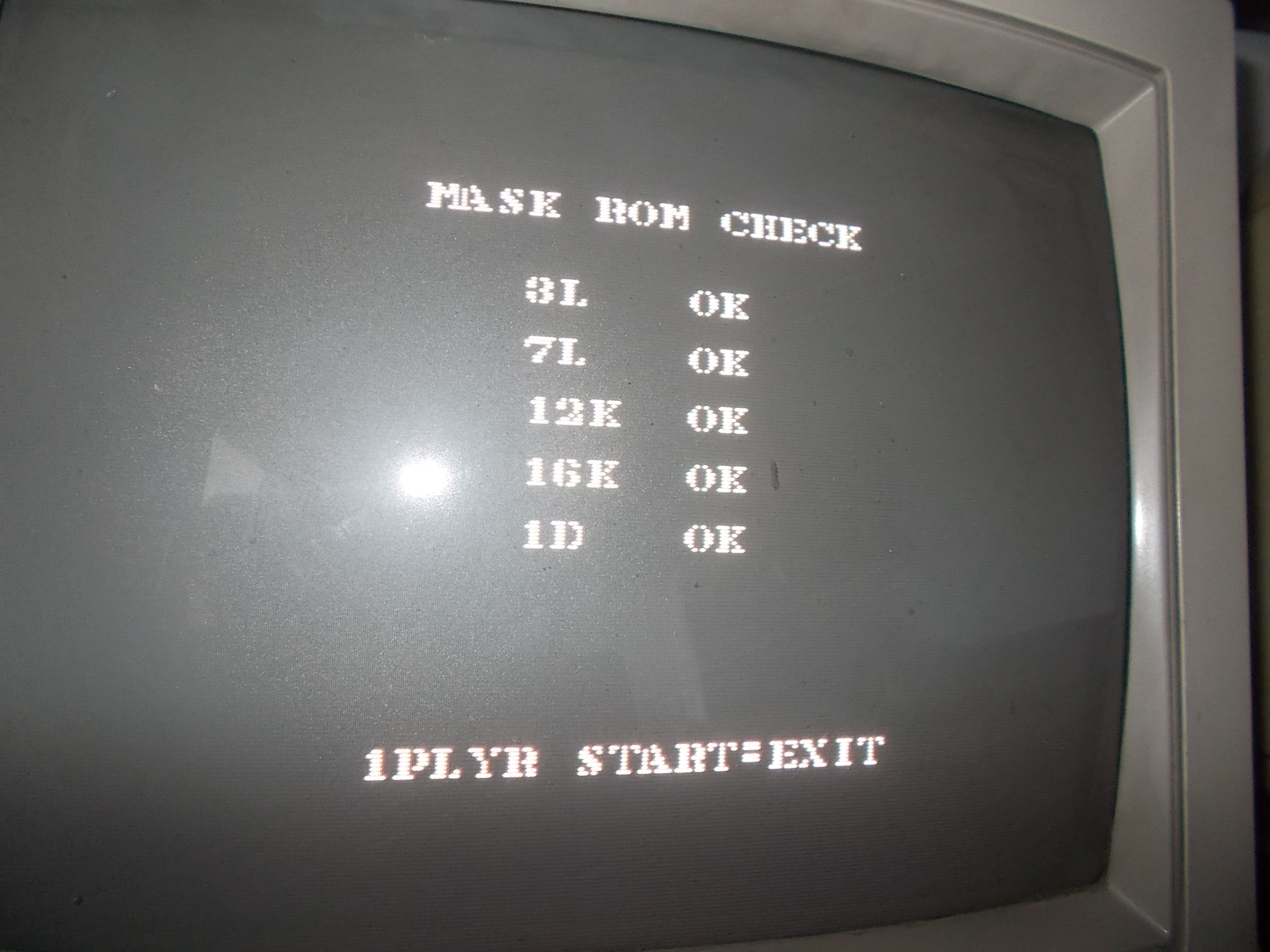