Got from USA some faulty PCBs for repair, there was among them a Sunset Riders by Konami : 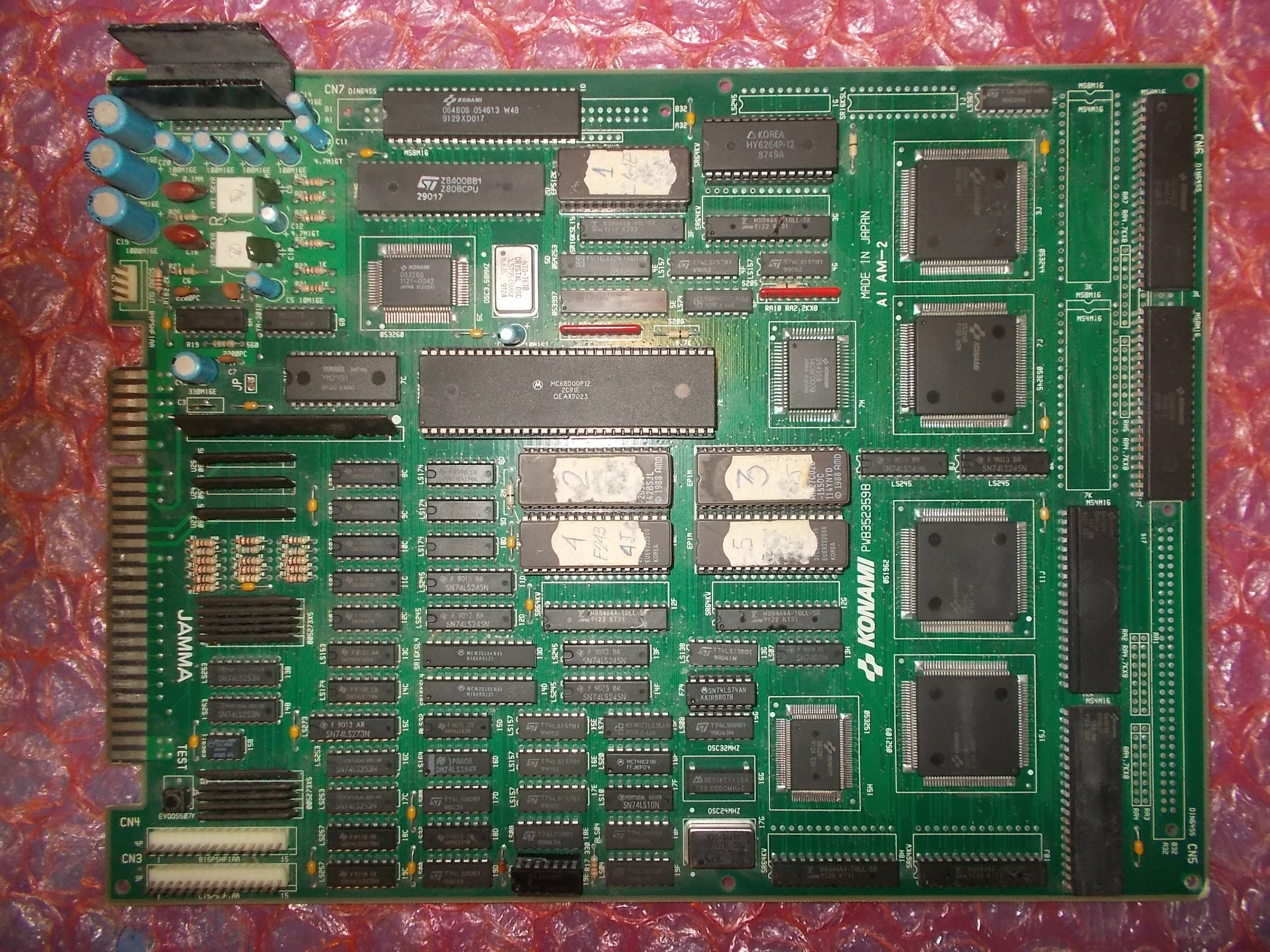 Owner told me he bought the board as working but actually it lacked of sprites when powered it up.I got, instead, different results.Sometimes the board passed the POST but then stayed on a static striped screen:

Other times it failed the self-test reported a bad device @12F: 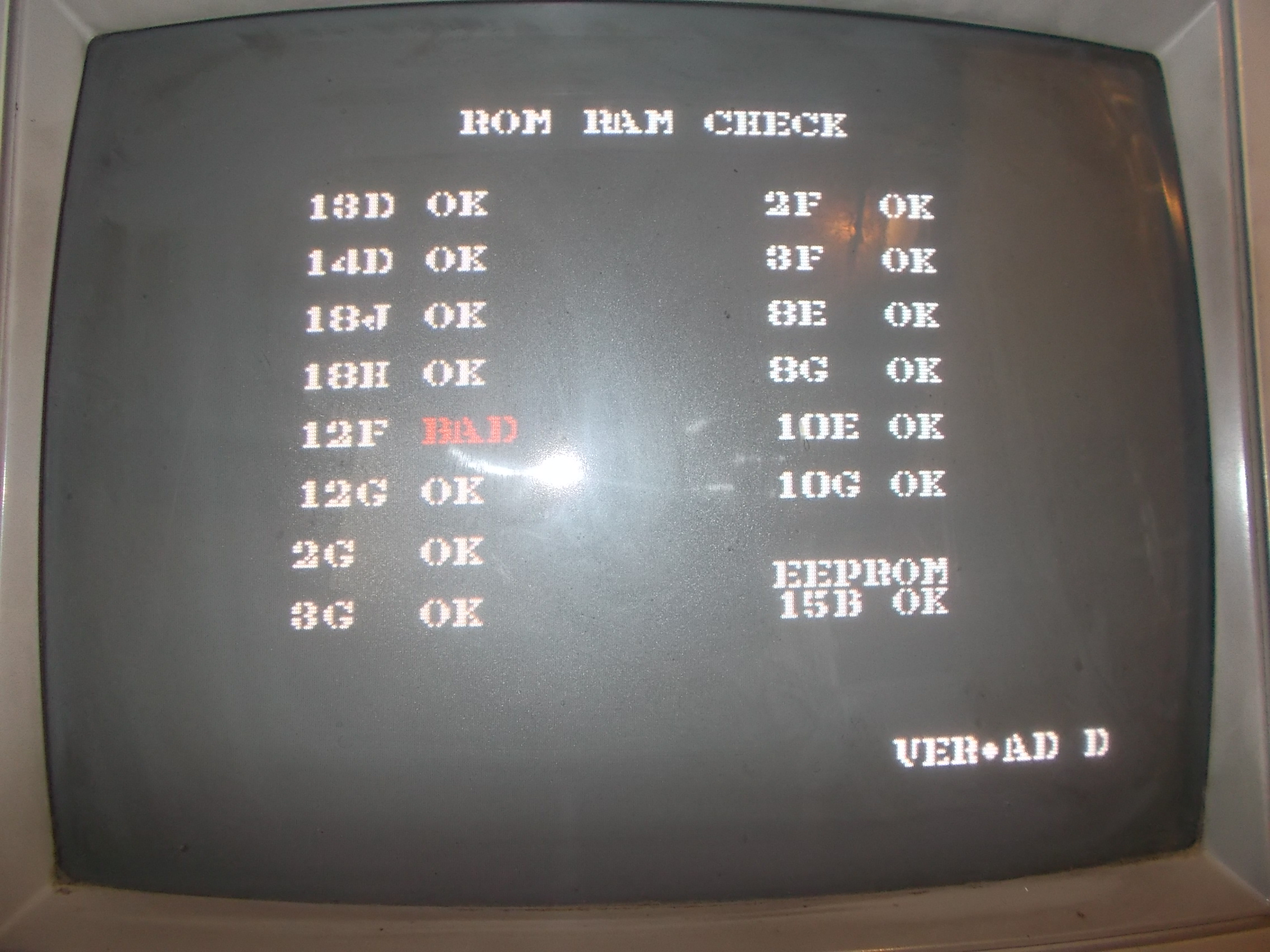 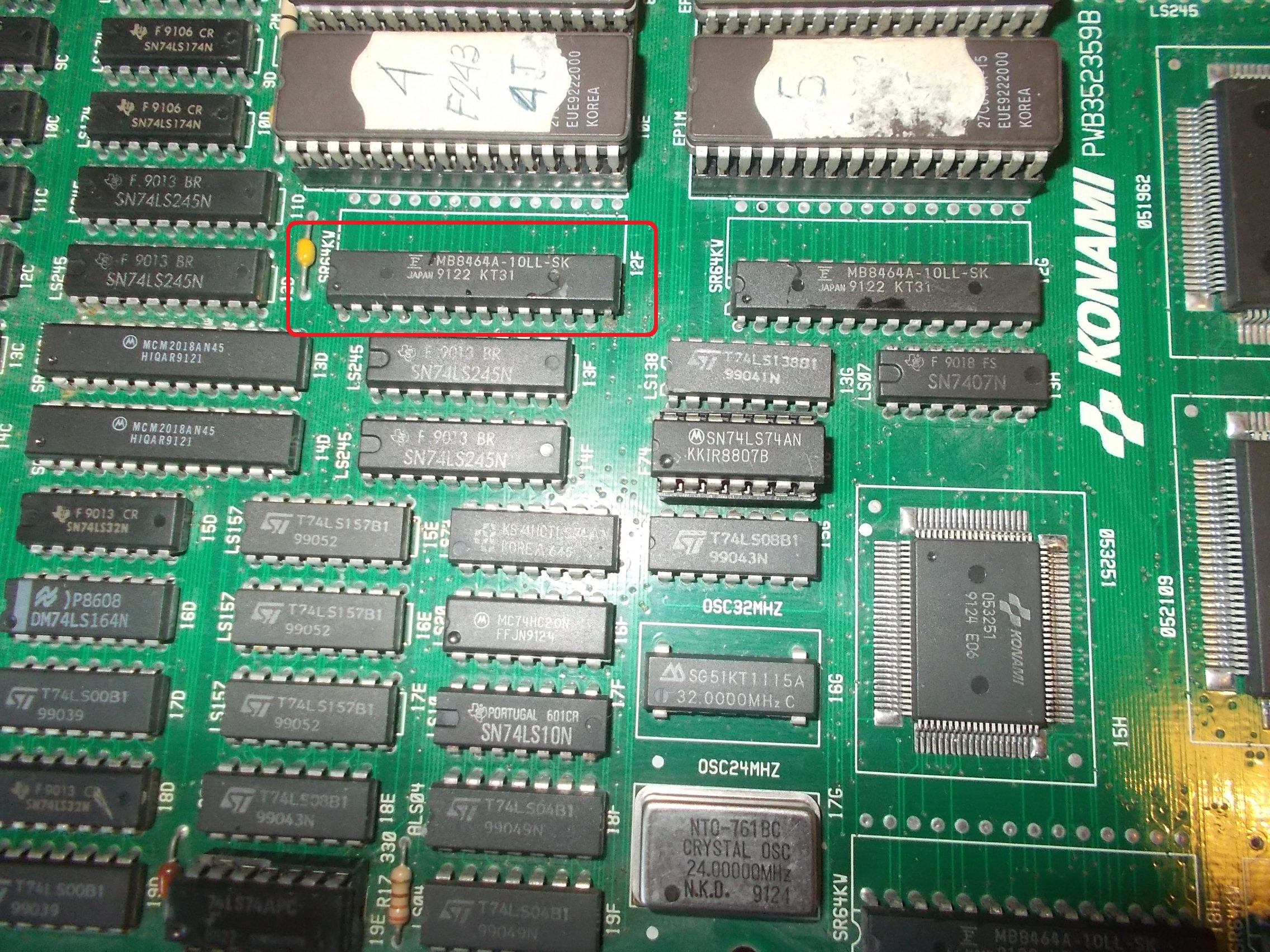 Probing this RAM with a scope revealed unhealthy signals on some data lines, here’s a comparison with good ones on the left of the picture below  :

I desoldered the chip, it failed the out-of-circuit testing of my EPROM programmer: 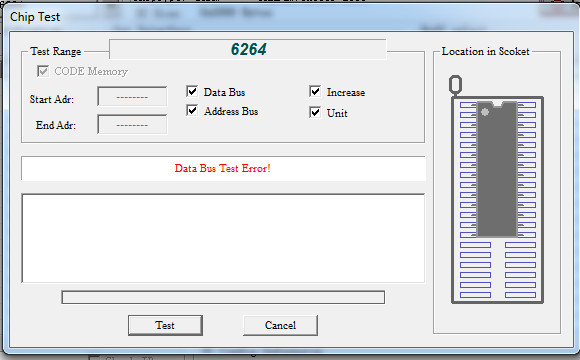 I replaced it and board finally booted into game but, as expected, sprites were displayed only half or totally missing:

I launched a MASK ROMs check which reported no errors : 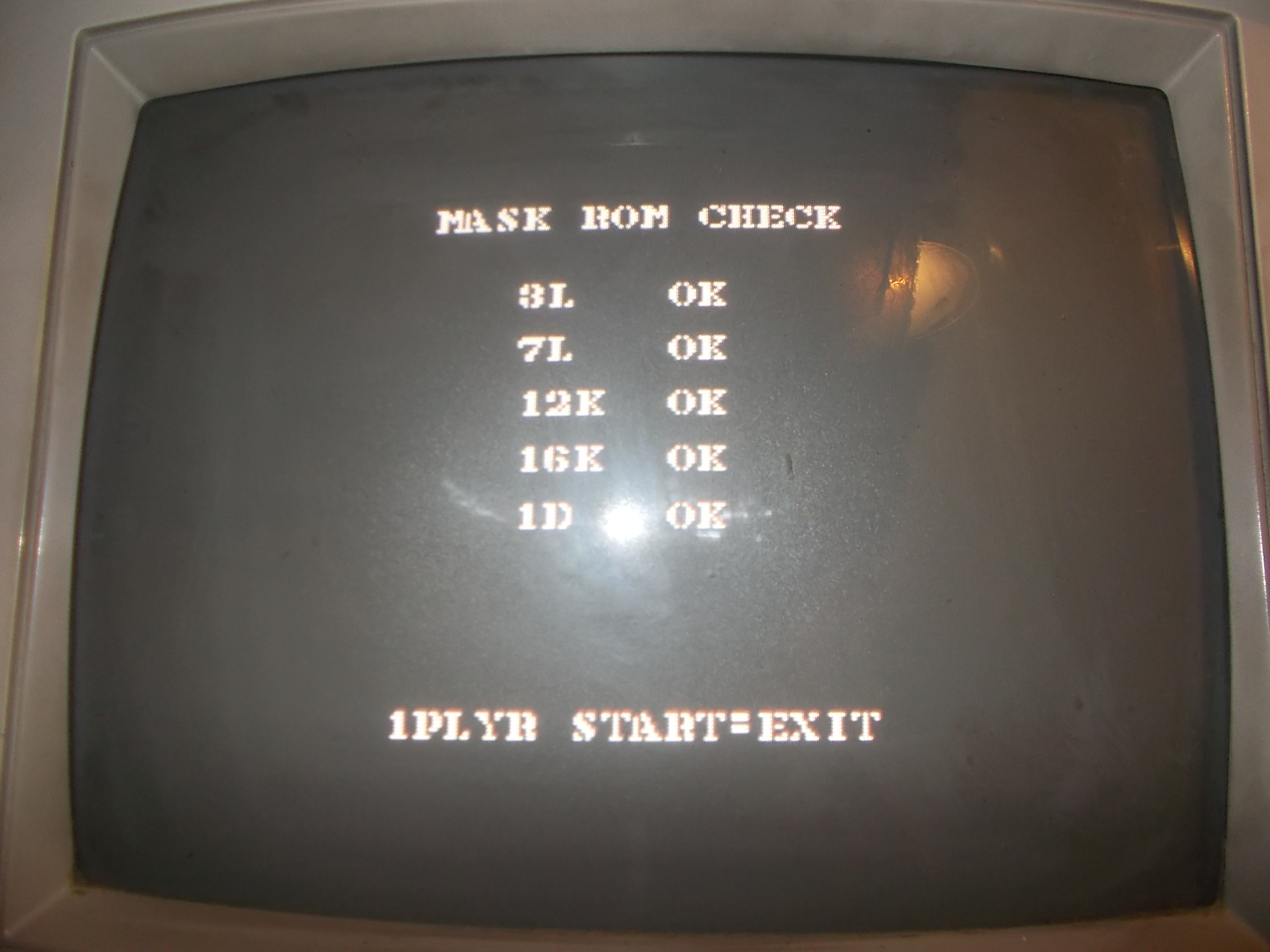 But checking the two sprites MASK ROMs revealed the address lines were all stuck LOW, no activity : 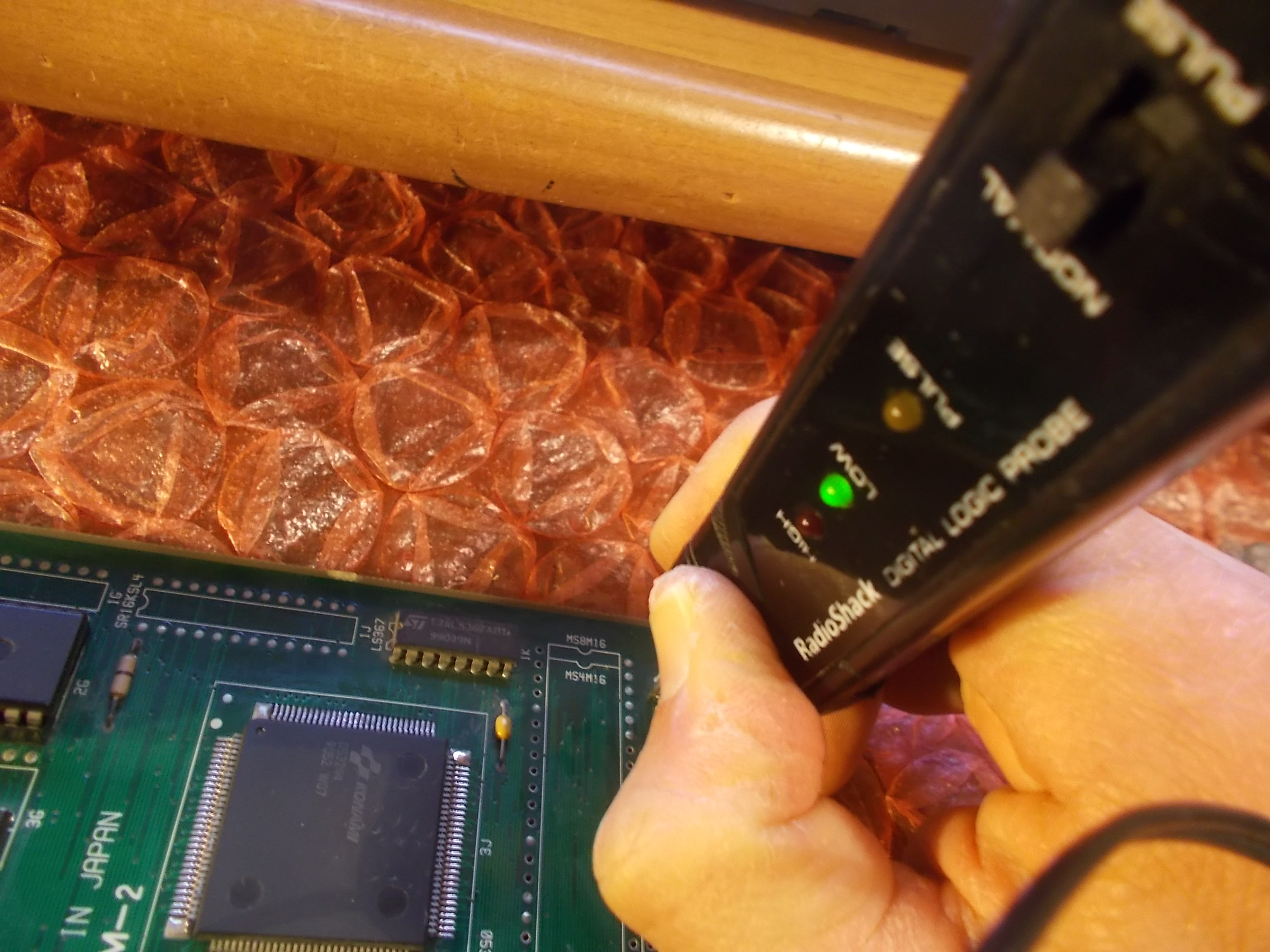 Like in many other Konami PCBs all the sprites generation circuit is handled by two custom ASICs, on this board there is the ‘053245’ which generates the address for the MASK ROMs and the ‘053244’ which processes the data: 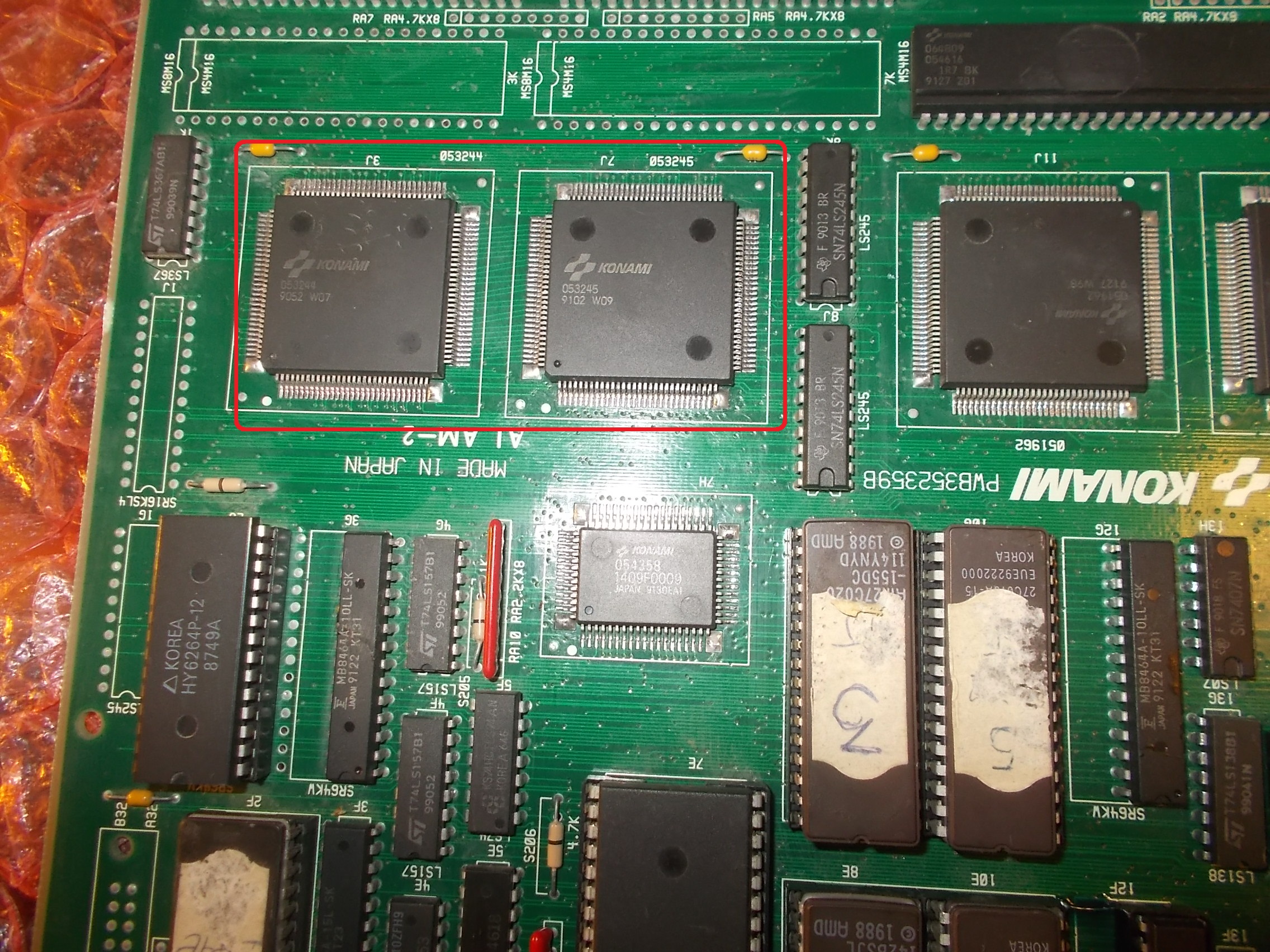 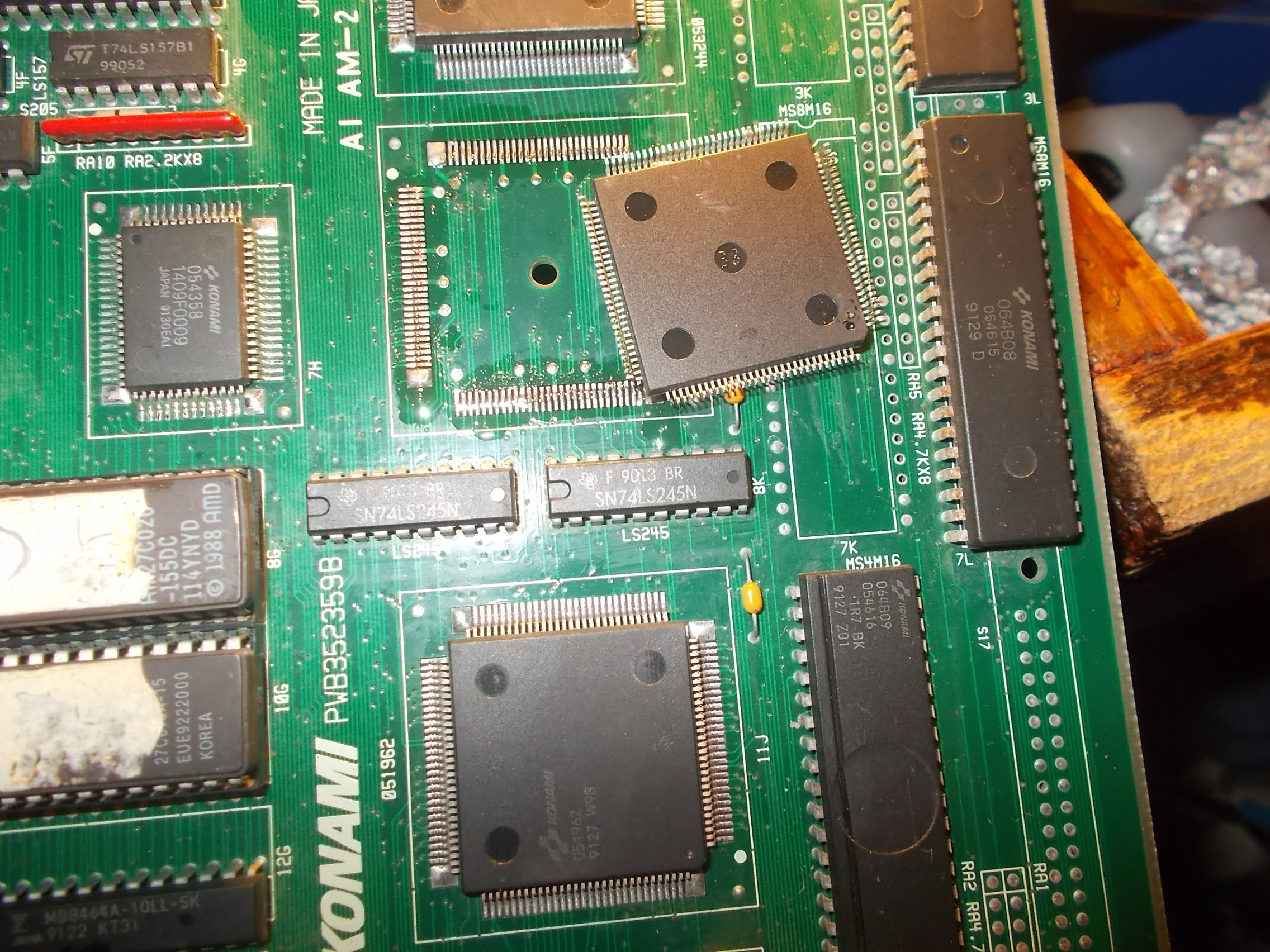 But invain because nothing changed.Then I remembered a past repair of a same board where the lack of sprites were due to a missing connection of the custom ‘054358’: 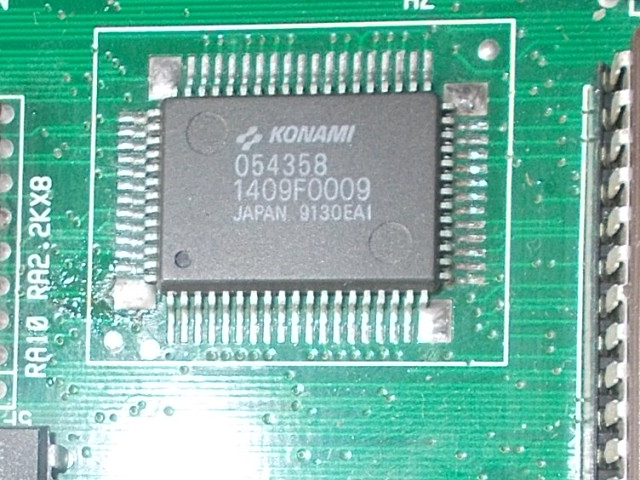 Checking with a multimeter it seems this custom provides interface between busses of 68000 main CPU and the custom ASICs sprites generators.Having a spare I decided to replace it: 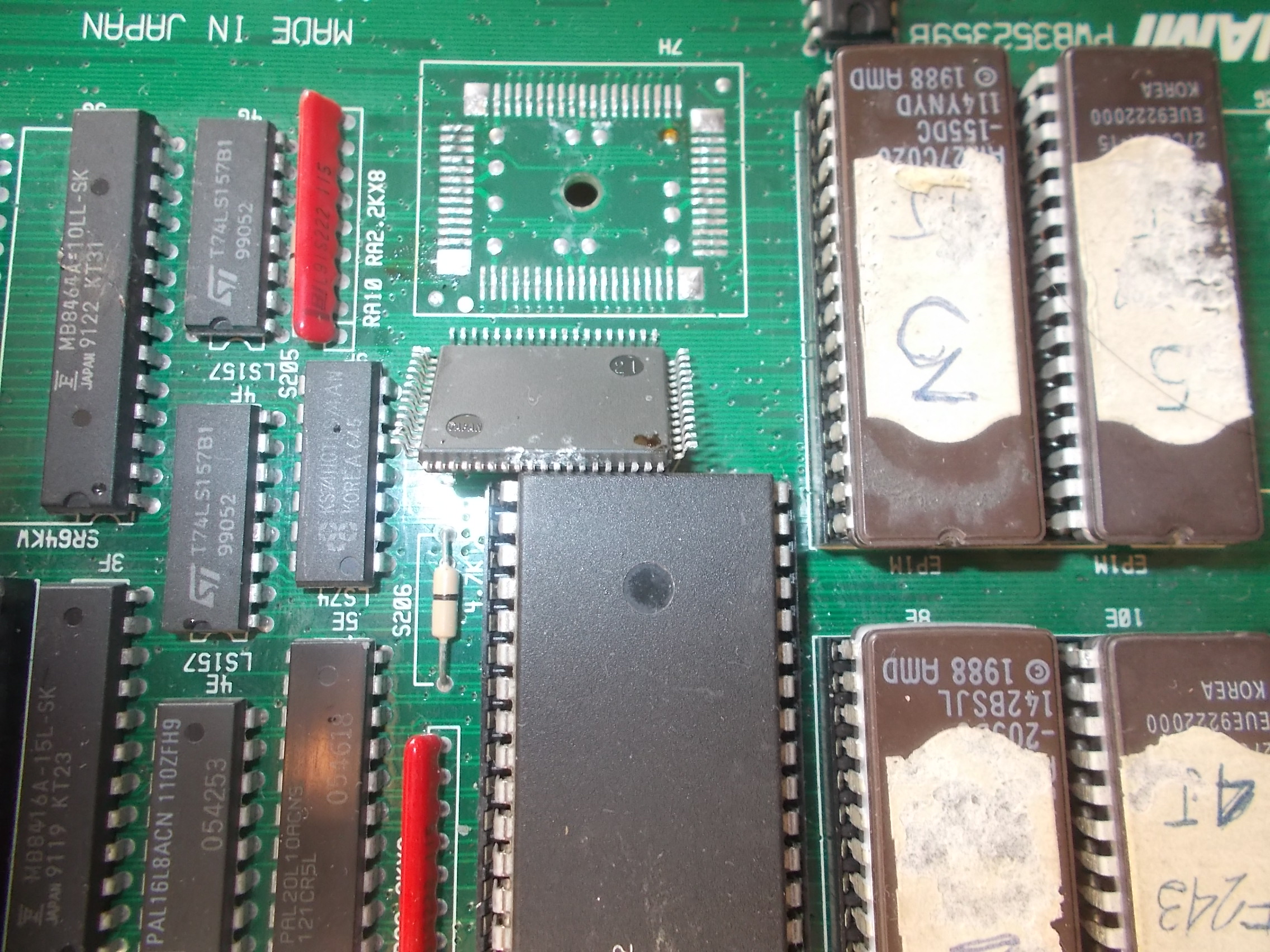 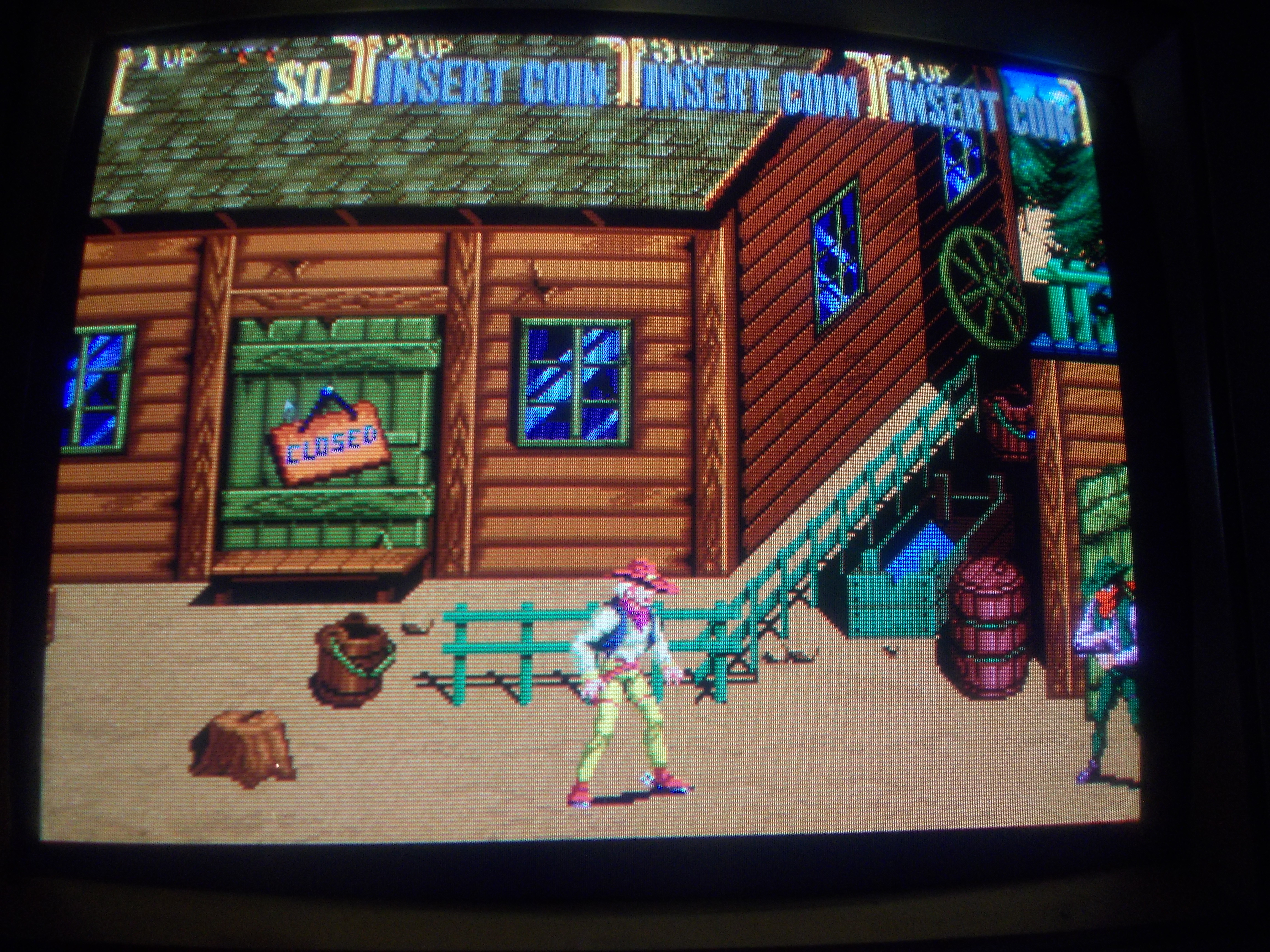 Board fixed and end of job.