This was a quick fix .

Whilst testing the stereo sound of one of my CPS2 games I noticed the monitor display went blank all of a sudden. I thought there was a problem with the RGB connector but this was not to be the case.

I wasn’t getting a signal through the RGB connector or through composite on the back. Power led was on and neck glow was present so that was a good sign.

I opened up the monitor and discharged the tube using a flat-head screwdriver, a heavy gauge wire with two alligator clips on each end is also required.

Warning: Please don’t attempt to discharge a CRT unless you know what you’re doing!

Once discharged first thing I checked were the switches on the back of the monitor which gives the 1084 its various operating modes. Switches which handle those were fine & were set correctly. I recently re-flowed the solder to the connectors on the back which are notorious for creating intermittent problems.

I then began an inspection inside of the chassis, I was looking for bad capacitors in particular. I immediately spotted 1 really bad looking electrolytic that has seen better days. 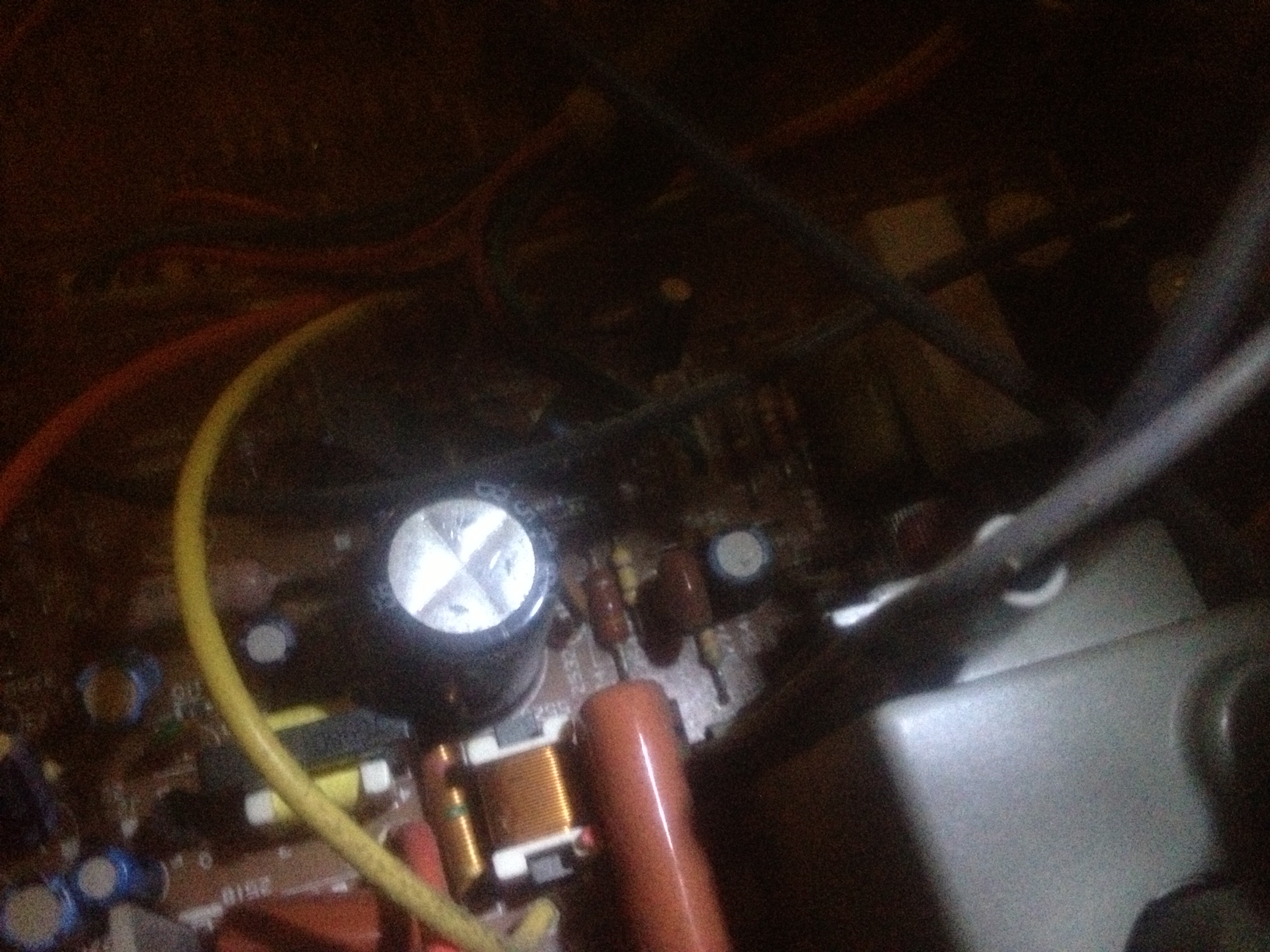 I had a spare Panasonic/Matsushita 50v 4.7mf capacitor in my parts bin which I happily replaced the bad one with. This seems to have done the trick and my display is back again.

A few other caps are budging slightly at their tops but I don’t have the right values yet.

In the near future I am going to recap the entire chassis since it shouldn’t be too long before another one fails completely.