Got my first CPS Dash game today.
Its Cadillacs and Dinosaurs and has been modded so as not to suicide. 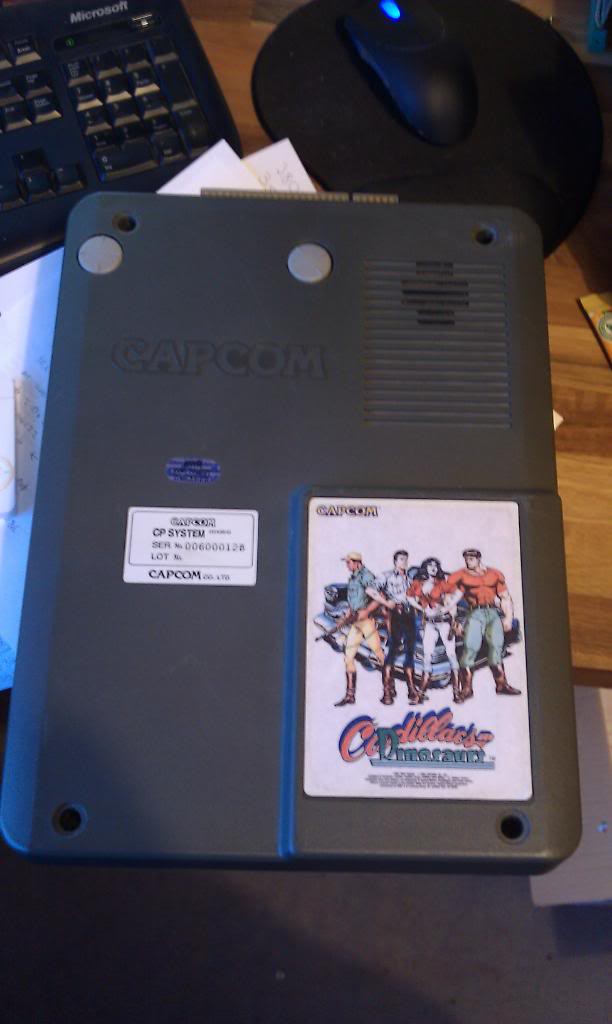 It looked like a conversion as the label is not the proper one and there is a genuine Slam Masters sticker underneath it (which I have removed and scanned) but inside all of the MASKROMs are genuine Capcom Cadillacs ones so looks like the case might be a donor. 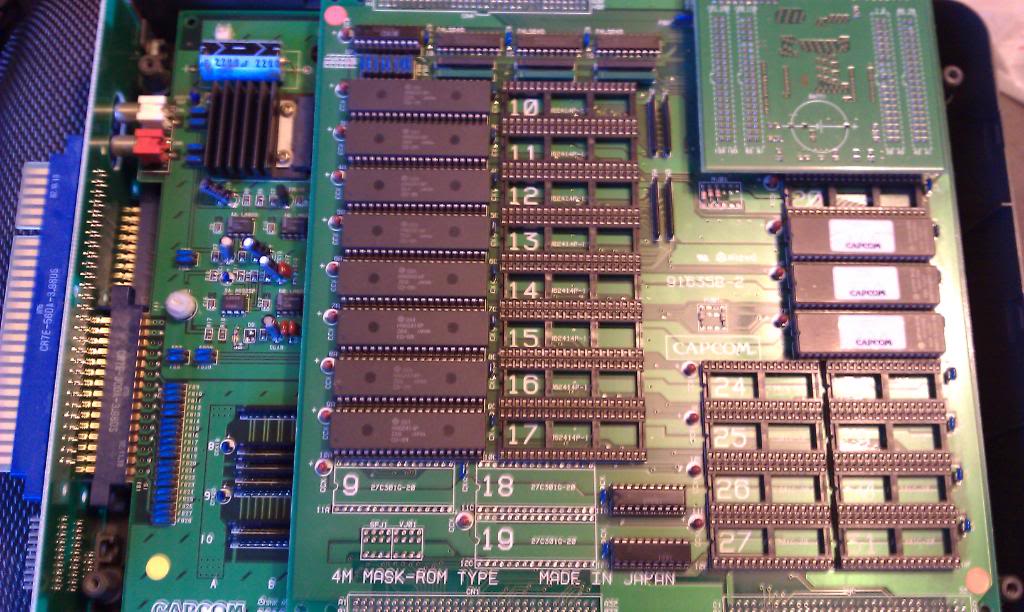 The CPS Dash games are middle ground from the CPS1 and CPS2 boards. They have a case, it has a built in fan, Q-Sound is used and there is separate line out audio.
The boards are similar to that of CPS1 but the A board has been stripped of its audio section and this is now located on a new B board which has the Q-Sound chips and in this case, a suicide battery that when it dies it takes the sounds with it. 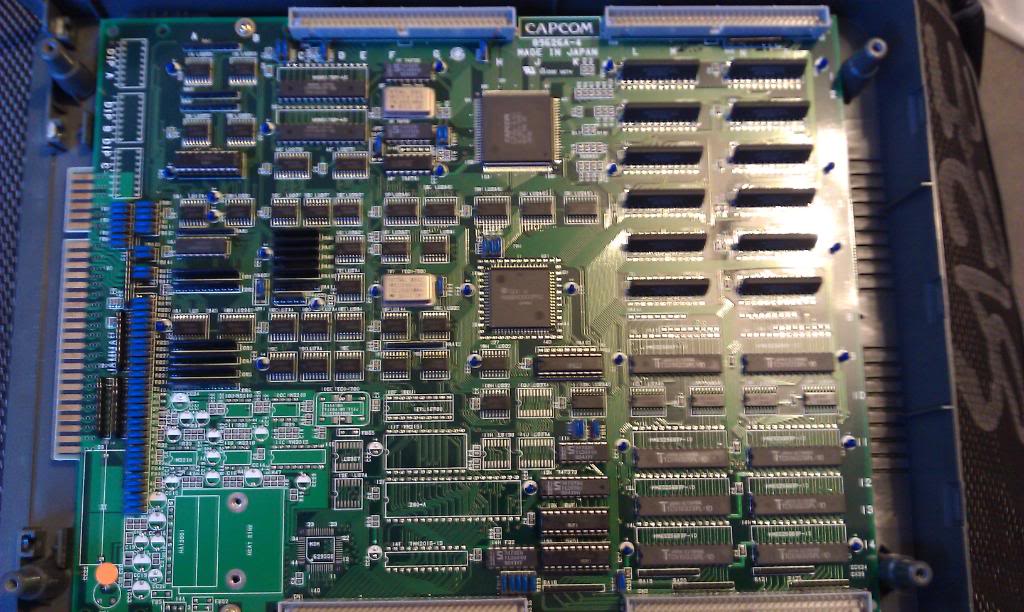 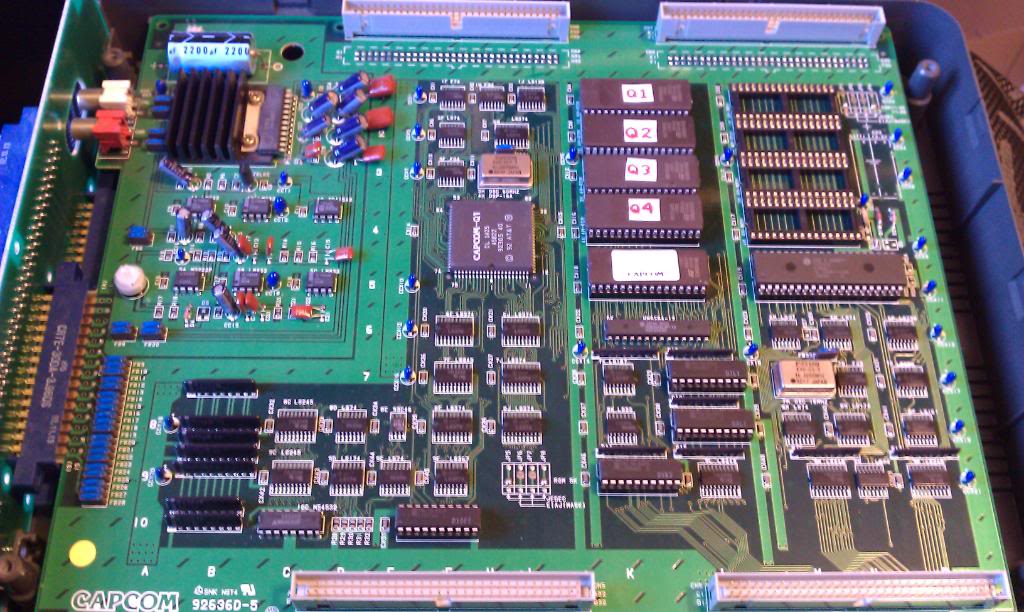 The C board on this is what has all the game ROM’s on it and the small D board is what is the C board on the CPS1 games. This D board also had a suicide battery on it. Phew! 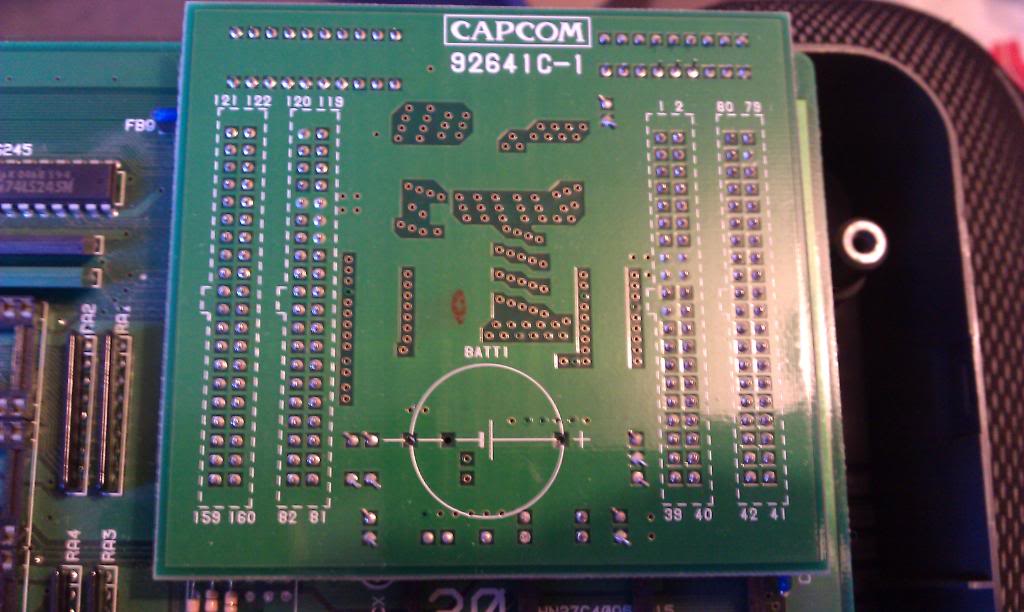 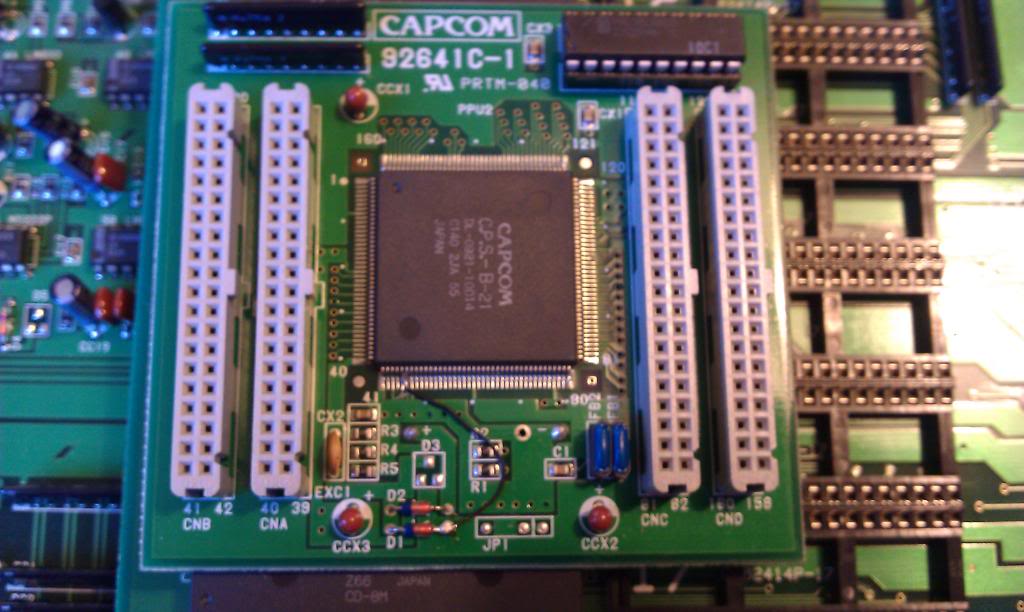 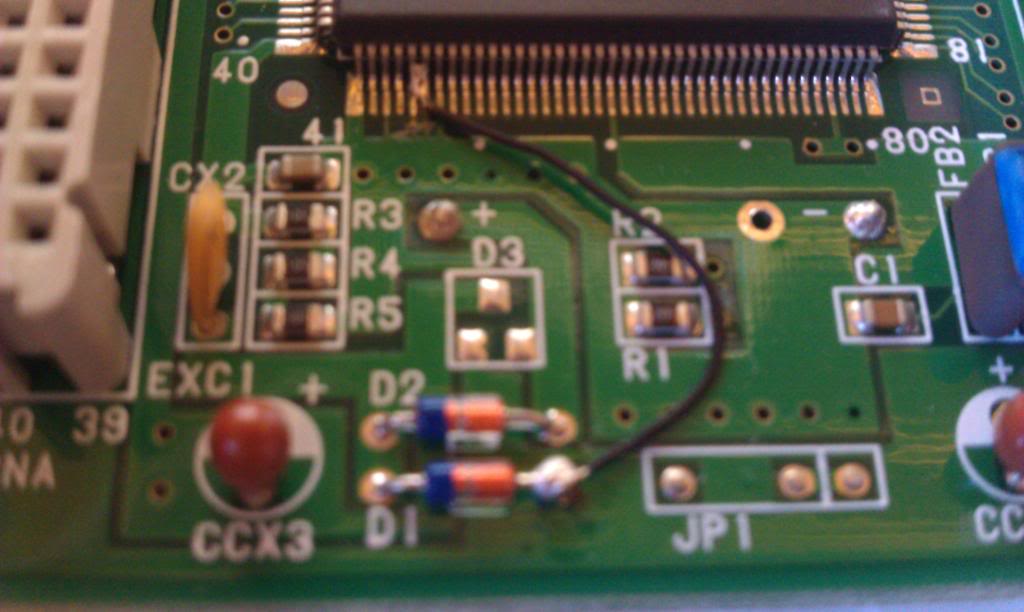