Important: Porchy discovered that 0x1 needs to be written to 0xc308 or nothing shows up on the screen at all on a PCB. This was undocumented but now we believe the value 0x1 must be written during initialization of the screen. The latest release addresses this issue. Thanks to Porchy!

To fix: Some sounds still play after exiting SFX test to main menu.

Note: Diagnostic mode relies on good RAM and ROM for configuration data to facilitate the support of multiple Time Pilot versions in the one ROM. Do not rely on results from the diagnostic mode without sorting out issues associated with RAM and ROM first. 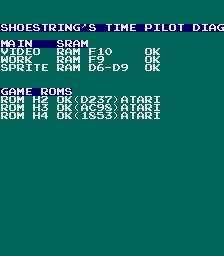 The EPROM ( a 27c64 ) once burned with this software installs on the CPU board @ 5H and can stay in there permanently if so desired.

Performs tests of the RAM & game EPROMs on the CPU board. This supports Konami and Centuri versions of the software, bootlegs are not supported yet.

Would like to thank cmonkey for providing me with technical info which assisted me in being able to display the sprite & character tables properly. Also like to thank the MAME team for their hard work on the emulator which I used as a tool for debugging/testing purposes throughout the development of this program.

See downloads in ROM Files for the binary. 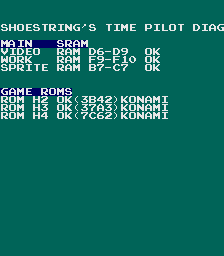 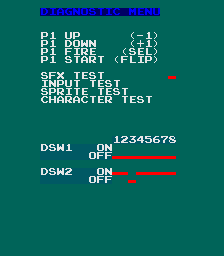 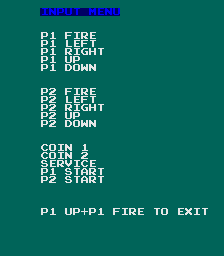 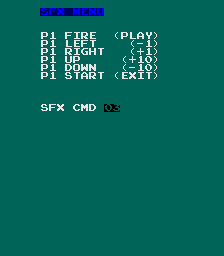 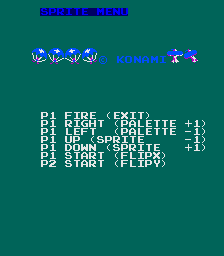 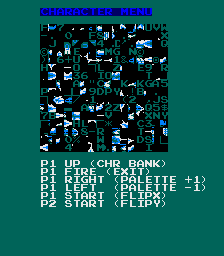