Bought this a little while back as spares or repair. The fault was it had no sound but due to my scope packing in I never got around to fixing it until now.
The board is in outstanding condition and very clean.
I pulled out the schematics for this board that I had stashed away and began working my way backwards from the amp.
I found the analog output from the YM3012 was dead, replacing this chip brought back the music but some of the sound effects were still missing, namely the attack sounds. I recreated the fault using MAME by corrupting the ADPCM ROM 21j-6. From here I could trace the fault from the ROM right through to the amp.
I traced the fault to IC80, M5205 (ADPCM Speech Synthesis LSI). I could see the data going into it but pin 10 (output) was silent. Replacing this brought back the effects and completed the repair.

This board had no sound, a common fault with Double dragon boards.
I Replaced the 3 op amp IC’s as they were giving no output and the sound is fully working again.

Got a broken DD board off Ebay. Original fault was the picture was white with black blocks. 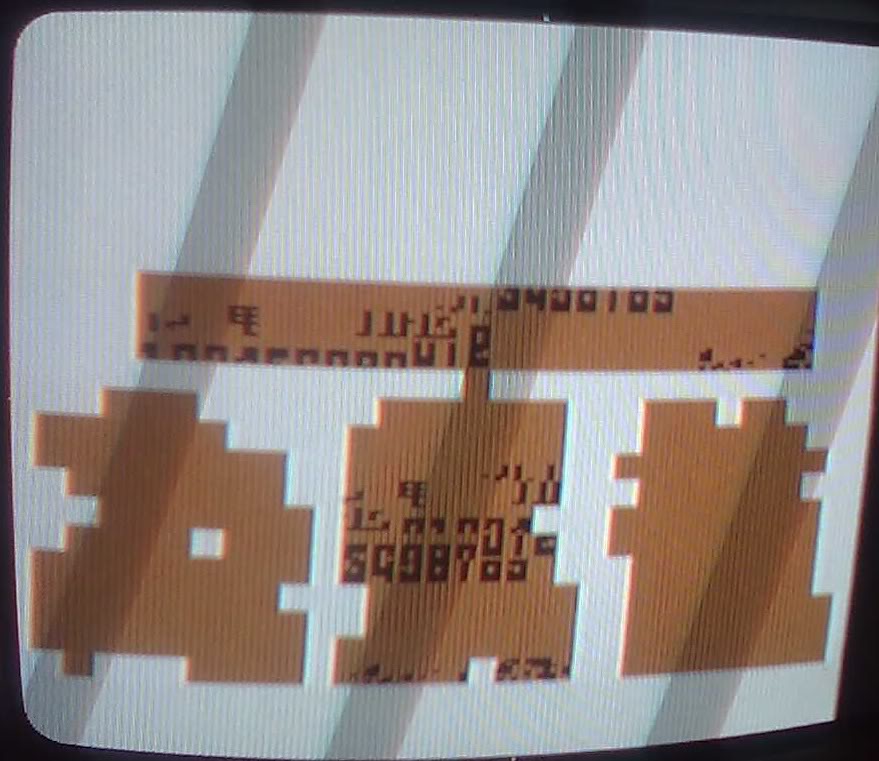 The board had many repairs done in the past, some bad some good, so I started by removing them all and checking them through. One of them was a length of kynar replacing a lifted track but was going to the wrong place! fixed that but made no difference at all.
Some of the RAM had been socketed but had used badly cut down sockets, replaced these also.

After a long time inspecting the underneath of the boards and fixing a LOT of broken tracks I noticed a few chips on the CPU board had a lot of flux around the solder points but no sockets had been fitted here. They were all 74LS273 chips and one was a Fujitsu! Put the probe of the Fujitsu chip and most of the pins were dead. Desoldered to find a lot more broken tracks. Tested the old chip, it failed miserably. Put a socket in, pulled the schematics for the CPU board and repaired all the tracks that were broken. New chip inserted and fired it up, all back to normal.