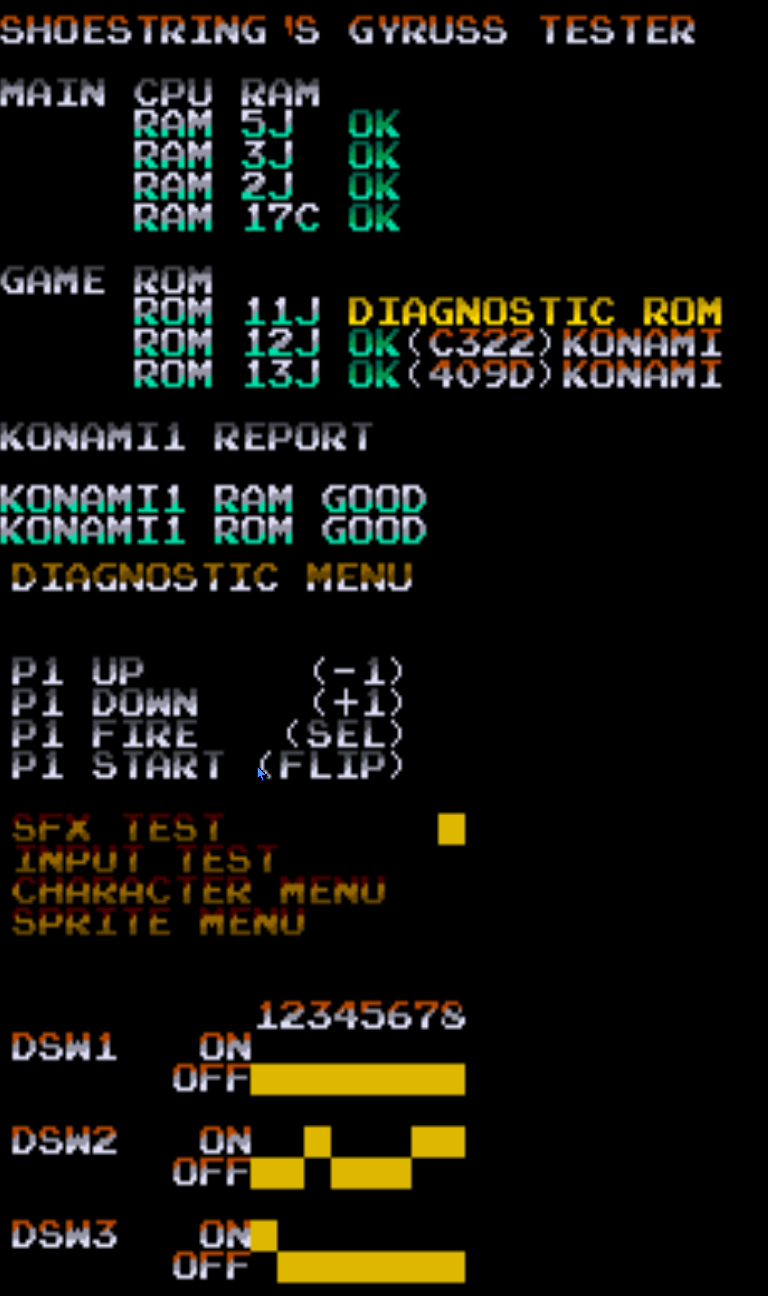 04/07/2015
Minor changes.
1.Holding down player 2 start during powerup will enter the diagnostic mode.
2.Some changes made to the presentation of the sprite viewer 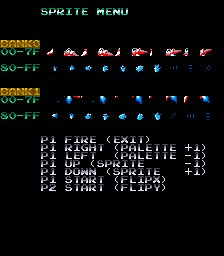 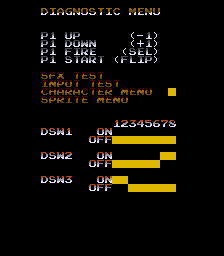 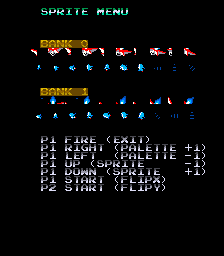 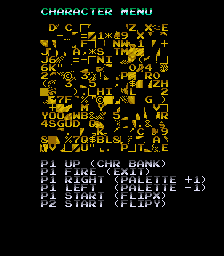 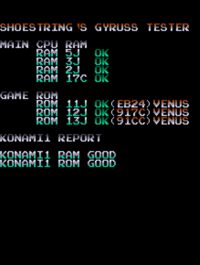 10/04/2015
Support added for bootleg ROM from the gyrussb set.
Single ROM labelled “1” at 11J. Other two ROMs are from the original Konami set.
See downloads for update. 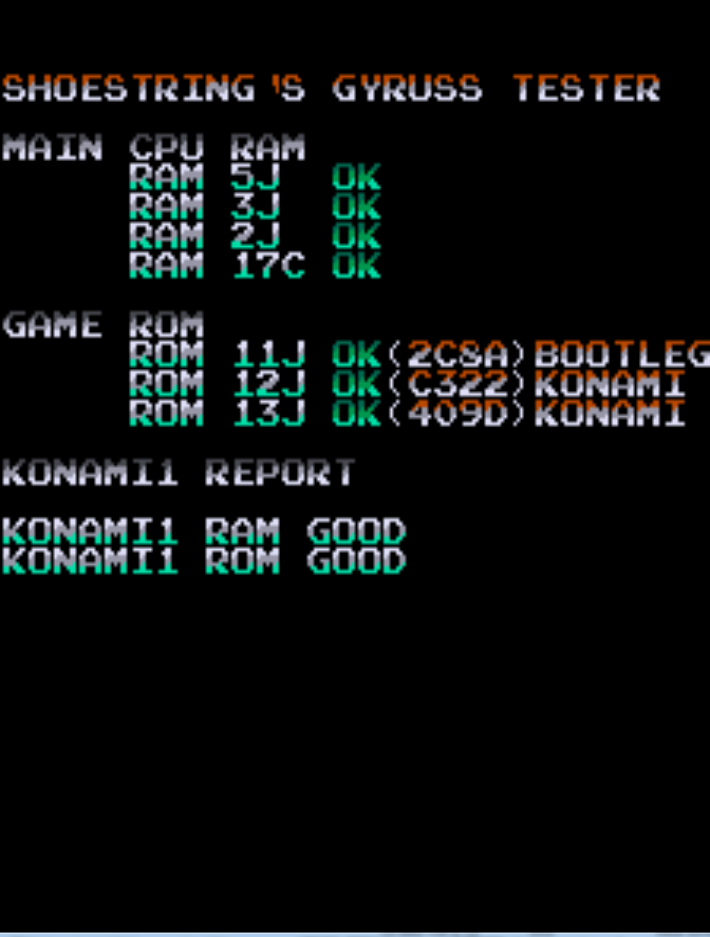 4/4/2015
Bug: Sometimes index starts at 5 or some other random value when entering SFX TEST for the first time after power-up. The sound index is written/read to/from $9000 for cycling through 100 possible combinations.
Fix: Cleared this part of RAM before using it.

3. Added routines to check the stack ram @ 3J before moving on to further tests. Since the stack is used to perform further HW testing, execution is now suspended if a stack error is detected with an associated error message.
4. Diagnostic mode added via dip 2 of DSW3. Allows for testing sounds and inputs.
See downloads for update. 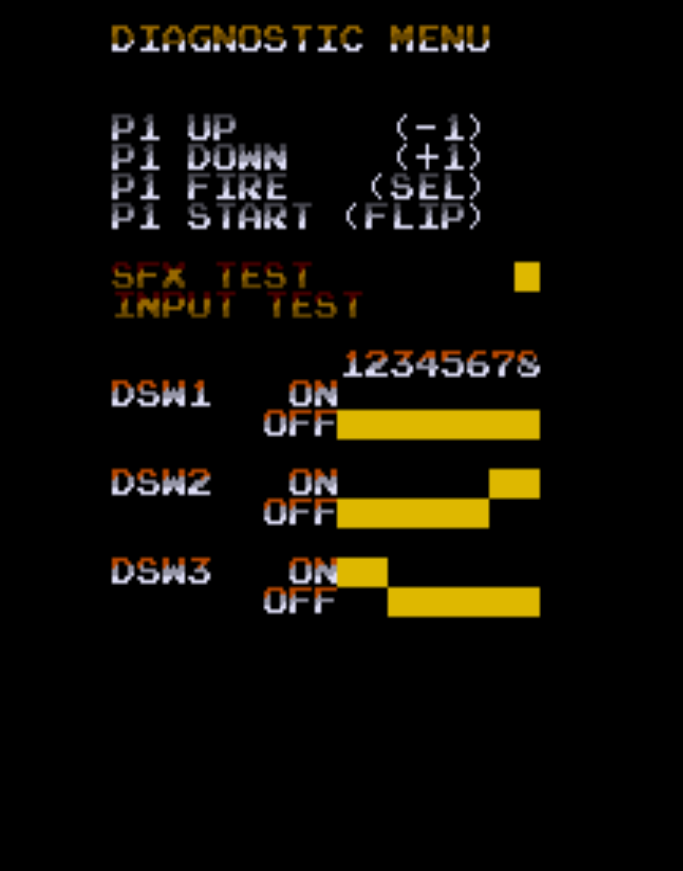 26/03/2015
Minor update.
1. Re-wrote much of the code up until where it verifies the work RAM. Purged CPU instructions that rely on the reliability of the the stack which is set to 0x9800 in the work RAM. ( work RAM is verified as good first before using the stack )

2. Background is set to yellow instead of black if video RAM at 5J is bad. This is to assist in troubleshooting. A sound effect  is also played when 5J is detected as bad to add redundancy in case none of the light brown colour shows up on the screen.

3. Fixed the boot to As issue. When 13J is pulled it now reports as bad. This was fixed by addressing the issues resolved in 1.

Bugs
* When GY5 is pulled “KONAMI1 NOT RESPONDING” is displayed with no additional information. An additional message should be added to point out a problem with either the CPU, ROM or RAM on the 6809 side. The above is also reproduced by removing the 42 pin custom CPU. Random sprites are also present.

To do: Fix above mentioned bugs.
See downloads for the latest version

The 27C64 EPROM installs at 14J on the CPU board. It performs a series of RAM & ROM tests to identify any problems & will attempt to boot the game once tests are completed regardless of failures found. The EPROM can stay in the socket and it does not interfere with the game in any way once the game starts.

Use at your own risk if you’re using the highscore kit, this will delete your scores as it will performs a series of writes to the NVRAM.

I would like to thank cmonkey & DarrenF on KLOV for providing valuable information & help regarding the hardware. I would also like to thank the MAME team for their great work on the emulator and the Gyruss driver, without these cool debugging features in MAME development of this ROM would not have been possible.

About a month ago I purposely purchased a non working Gyruss off eBay to repair myself for fun. This repair would later inspire me to develop the Gyruss test rom which is currently being developed right now.

Symptoms: Game watch-dogging. Only gets as far as the grid test pattern, sometimes partial then resets perpetually. 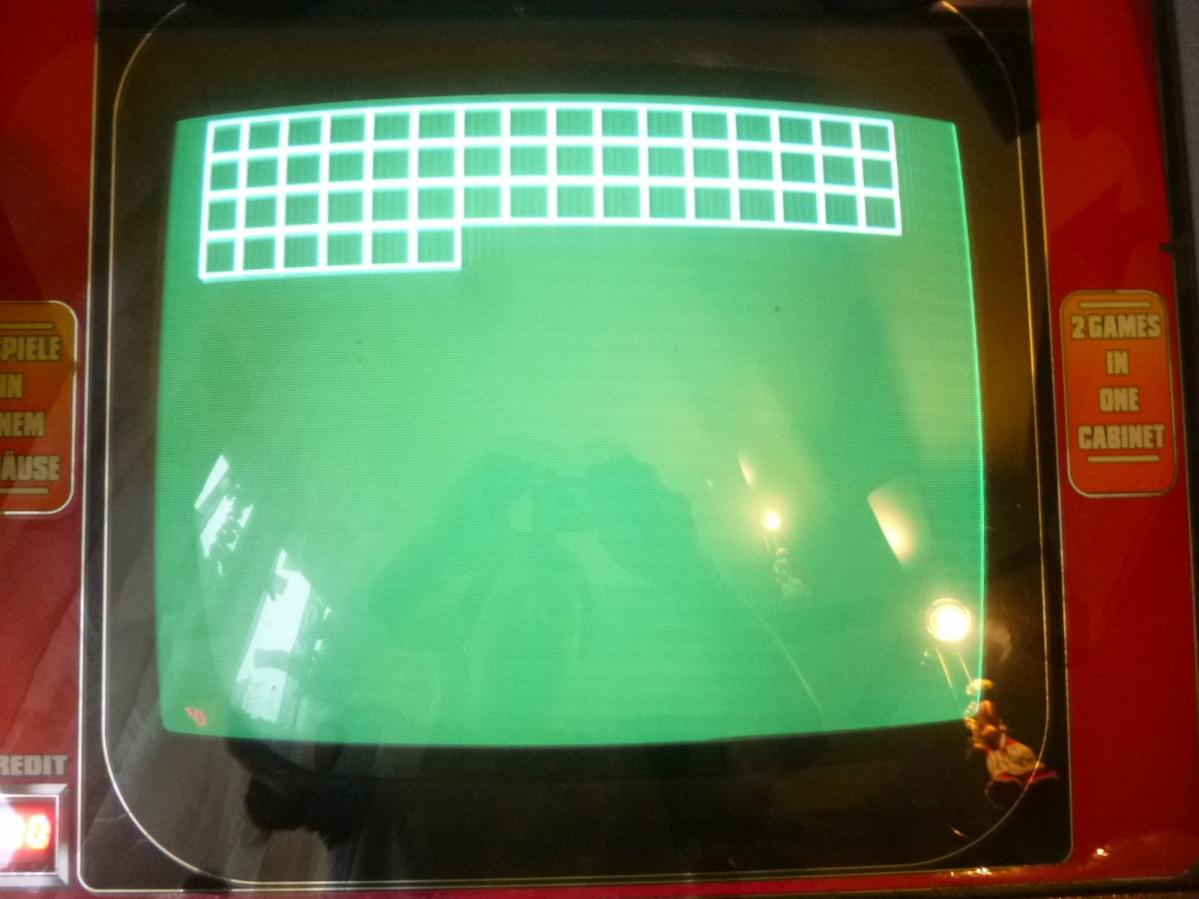 First thing was to check the voltages from various +5v rails on the bottom board. Voltages were measuring quite low, around 4.7v. I have read that low voltages would also contribute to  this behavior. Adjusting the +5v didn’t help.

Next step was to verify all the game ROMs via romident which checked out good. Cleaned pins on all socketed chips, no change. Probed Z80 main CPU, confirmed barking reset line.

Four 74ls163s that are used for memory addressing the 2149 srams tested bad on my Micromaster LV48 device programmer ( but they turn out to be good after fixing the game and re-substituting the 163s back in. The ls161s that I had lying around seemed to work fine as well ). Caius said that these are difficult to test out of circuit so the result of the tests performed by my not so trusty Micromaster LV48 almost lead me in the wrong direction with this repair.

With the 161s installed the symptoms were exactly the same which prompted me to look at other areas as I didn’t believe these would cause the fault, these chips seem to be associated with the video display.

I was pretty sure that I found the culprit. Bad work ram would definitely cause this kind of issue. 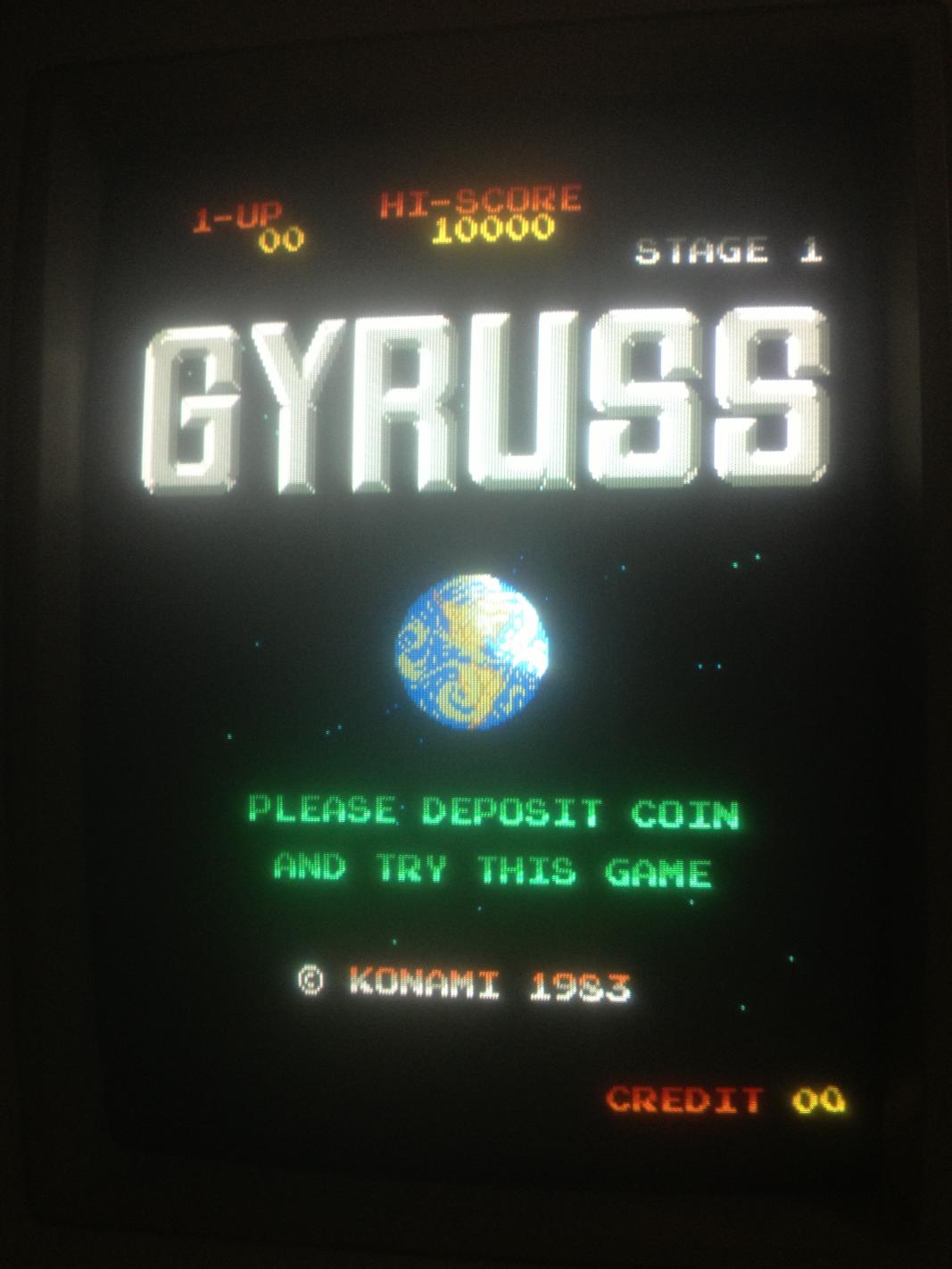