Got this pcb to be repaired from a friend.

The pcb was working perfect excepts that the screen was flickering at 1/2 of the vsync.

As usual I visually inspected the board to find loose legs on smd chips but the only one present was good.

I noticed that the pcb had 4x rams 4164 near the video custom chip which are known to be not very reliable.

I started to probe the rams until I found one which had all the signals very weaks.

After soldering a new one, the problem was fixed! 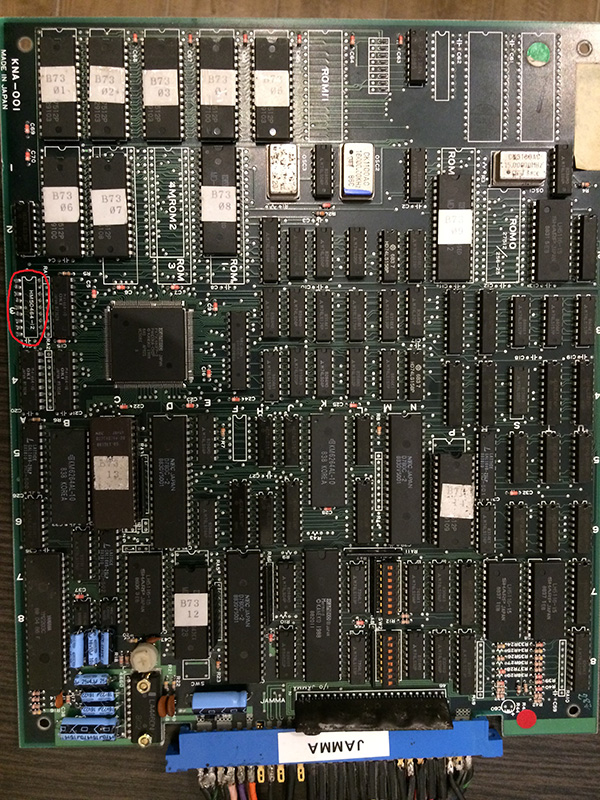 I got a dead Heavy Unit PCB with a white screen on boot: 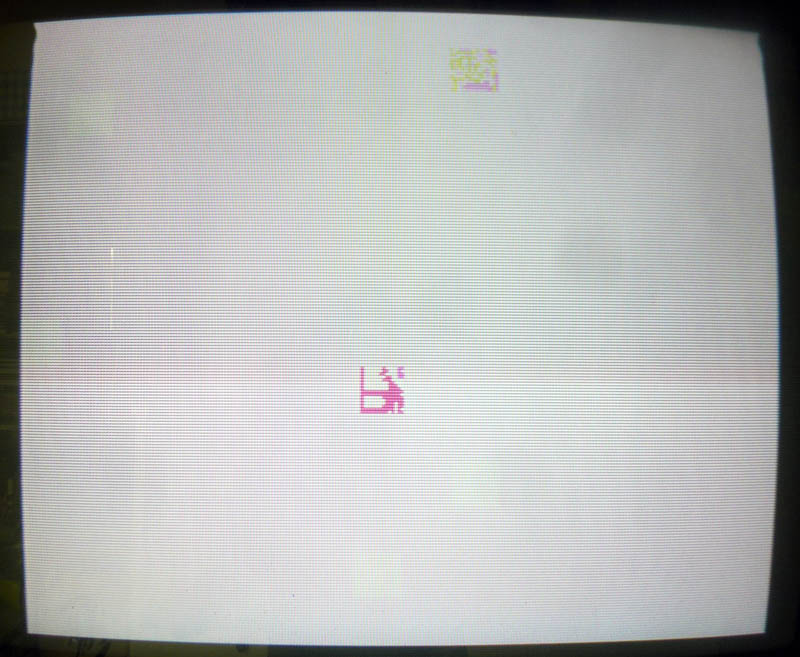 Looking at the MAME driver for that game I could see where the program roms were located (5C for the main program rom and 5P for the sub program rom).
I started probing around the CPUs and program roms. The CPUs (2 x Z80) seemed active and the program roms had pulsing signals on most of their pins. A few were inactive and connected to nearby GALs (labeled MD-500 and MD-501). All the I/O pins were stuck low on these two GALs while they had pulsing inputs.

These GALs were not available online so I started desoldering them on both PCBs.
I put sockets on the dead PCB, socketed the GALs from the working board and the game booted ! …but with partially missing graphics (I had colored squares instead of sprites): 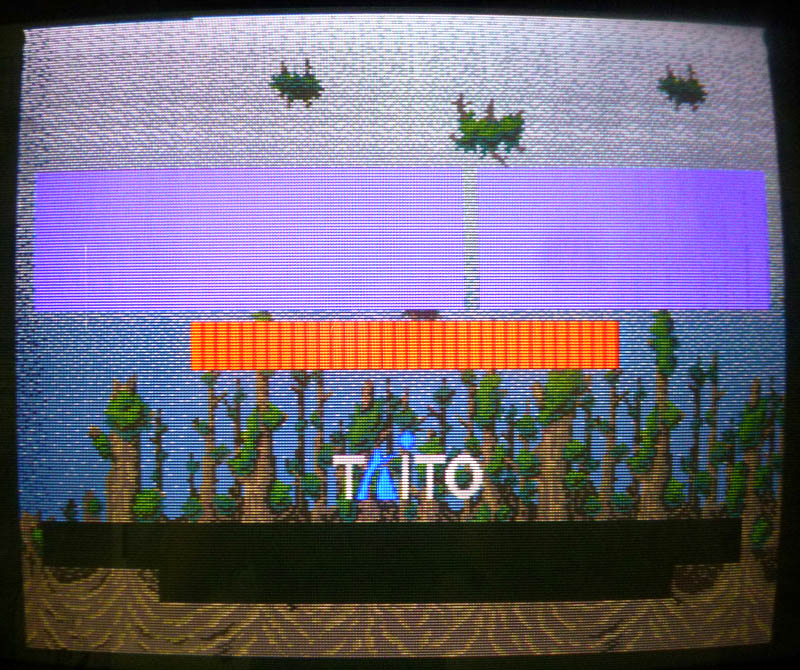 Looking at the PCB I supposed the main program rom at 5C was not original as it had no label. Dumping it revealed it was from a US version. Looking at the MAME driver, I could see that every of the 4 versions dumped in MAME had a different ROM layout and my version was not dumped (the numbers on the labels were not in MAME). Particularly, there was a 512kb ROM at 2F on every versions in MAME that wasn’t soldered on my PCB, although I found its content spread on 4x128kb ROMs at other locations. The main program ROM was probably looking at the wrong location so I soldered a socket at 2F to put the 512kb ROM (from one of the MAME dumped versions and labeled B73_08) and the sprites were back. 🙂 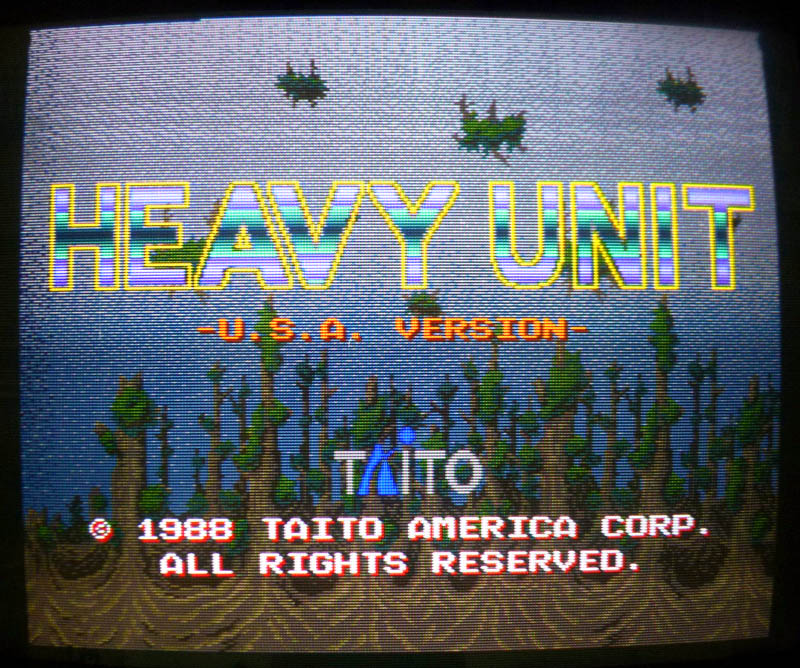 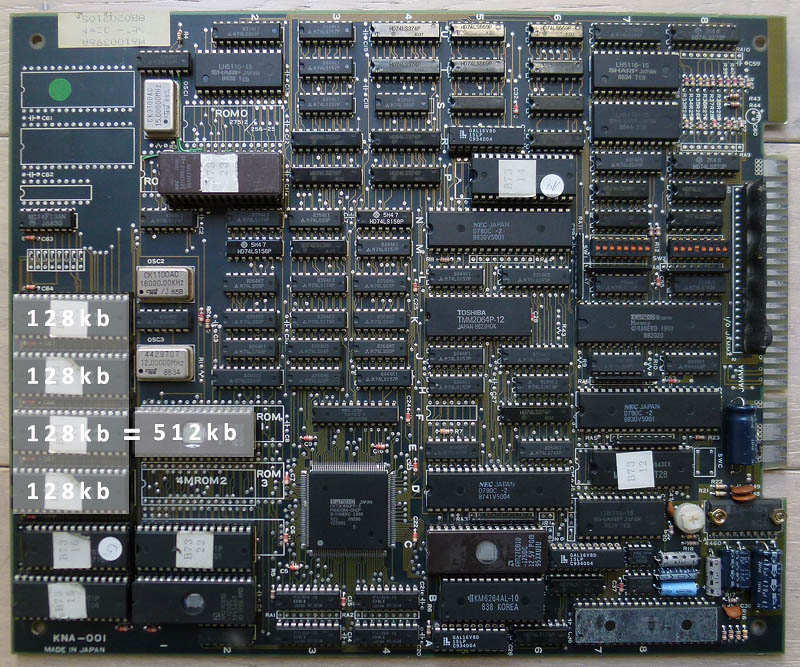 ps: I’m still looking for the original program ROM for my PCB (labeled B73_24 and located at 5C) to be dumped so I could remove the 512kb at 2F and use the original 128kb ROMs already present on the board. I suppose it is a japanese version.

ps2: I wanted to dump the GALs from the working board but they were protected. To dump protected GALs I needed to use a method by Charles MacDonald. First, I used this adapter in order to read my GALs as 27C020 EPROMs: https://techno-junk.org/files/adapter-v2.png
Then, I used PD.EXE and WinCUPL to recreate the GALs from my raw dumps: https://dreamjam.co.uk/emuviews/readpal.php
These GALs are now available on https://www.jammarcade.net