Got hold of a very poorly Rainbow Islands Extra board.
This board had some repair work done previously. There are a few burned out tracks and some dodgy looking wire links.

On power up it just showed a black screen, time to break out the Fluke 9010a.
The Fluke showed I had active interrupt lines. The 68000 CPU has 3 interrupts, IPL0, IPL1 and IPL2. IPL1 and 2 are tied to +5v (they are active low therefore unused here). IPL2 was stuck low.
I traced the line to a nearby 74ALS74 chip and then back to a 74LS273 (IC32). Regardless what the inputs were doing, the outputs were all stuck low. I replaced this and tested, still a blank screen. I check the 74ALS74 again and although all the inputs were now present and correct, its output to IPL2 was still stuck low. I piggybacked a new IC onto it and the game came to life. Replaced the IC.

Now the game booted up I could see that the colours of the character sprites were wrong, mainly black. 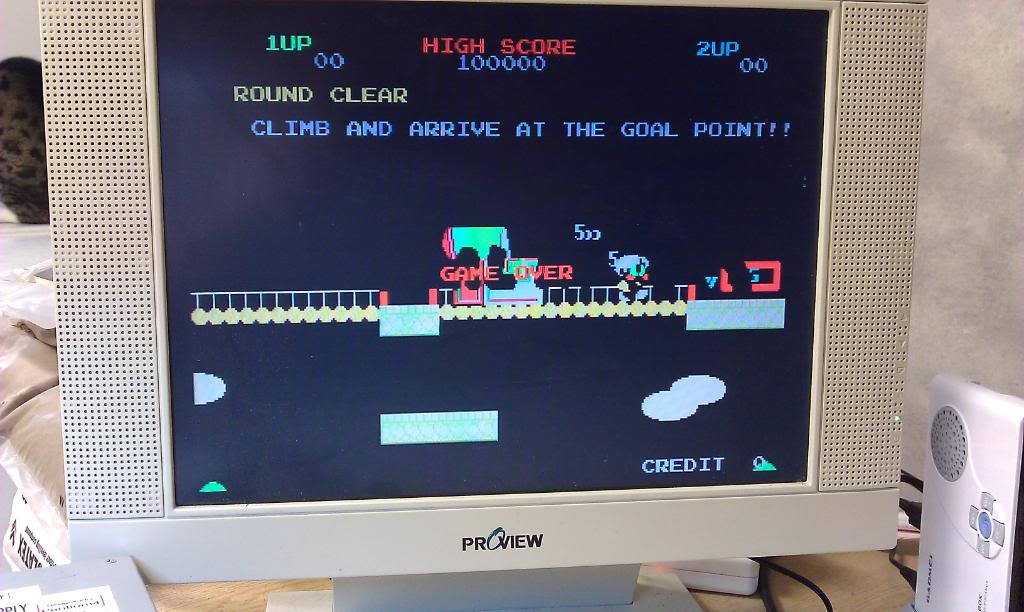 This caused me a lot of headache as the colours came good when I put the logic probe on different pins of different IC’s. I determined which IC was partially responsible for sprite colours by interrupting lines on various logic chips. I found that if I toggled pin 9 of IC35 (74LS157) the colours came good more regular. I removed this chip and tested it in my logic tester, it passed but if I put it on a loop it would intermittently fail. Replaced this and the colours were now back to normal.

There is also a problem when the sprites are facing left where it shows a broken character but still facing right. The pictures below shows the broken up boss sprite and broken rainbows when fired to the left. 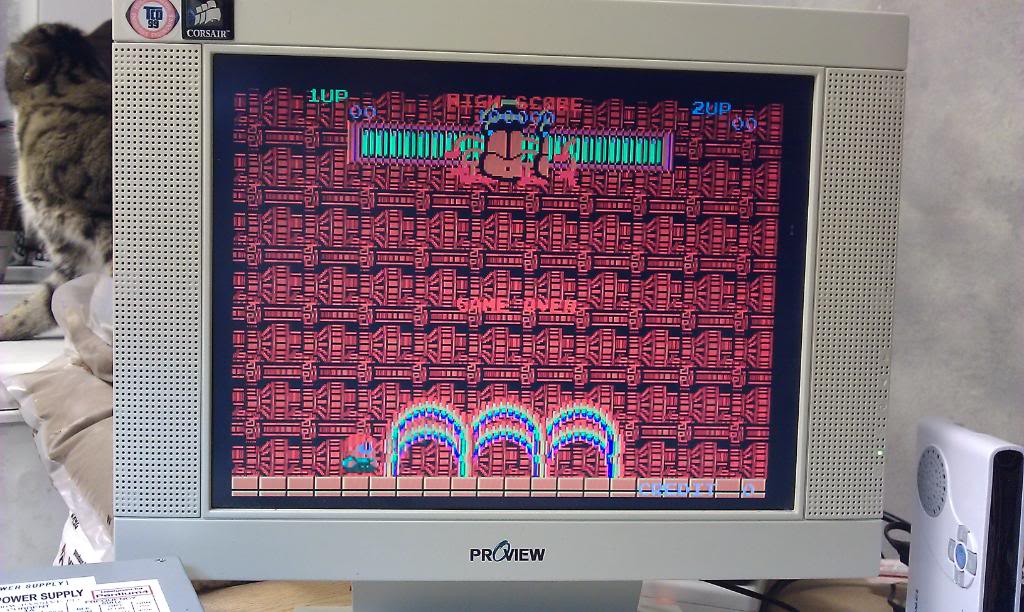 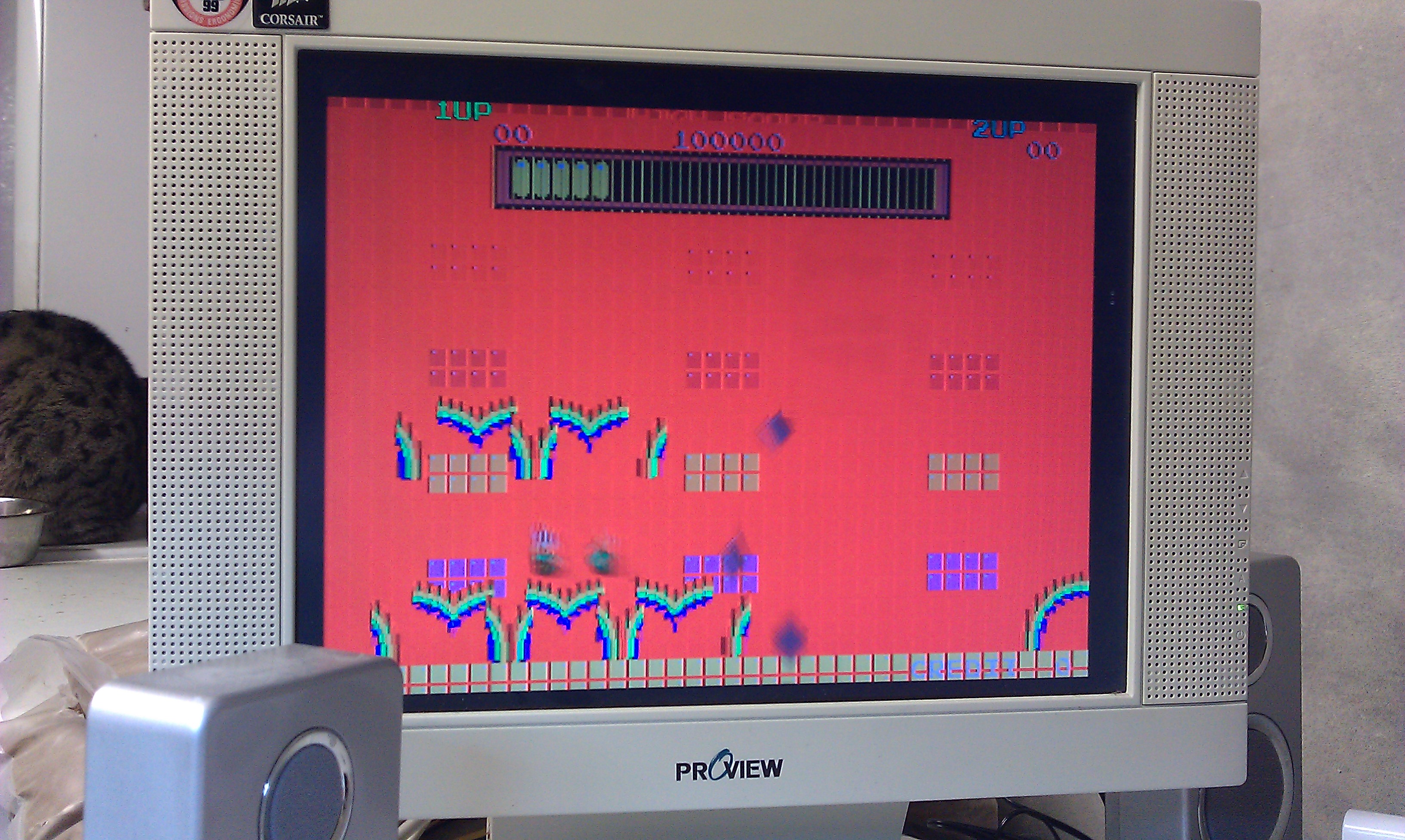 This ended up being a short on pin 15 @ IC38 (74LS153). This pin was shorted very slightly to an exposed track running next to it. Removing this short fixed the graphics completely and the game is now 100%.
Very pleased.

Got this for repair today. Was under the impression it had suicided but this had jailbars on all screens starting from the Q sound screen. 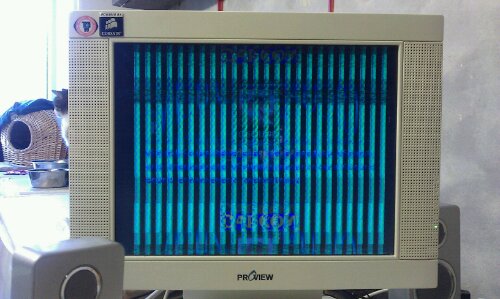 On opening the case it was obvious what the cause may be.
One of the gfx maskroms was only half fitted. 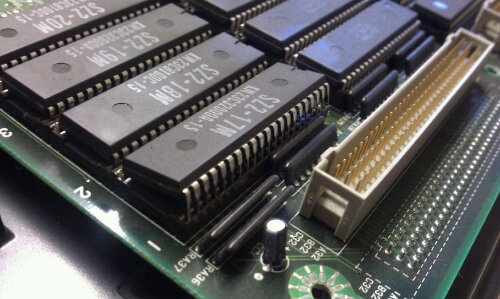 Refitting the Rom fixed the problem. 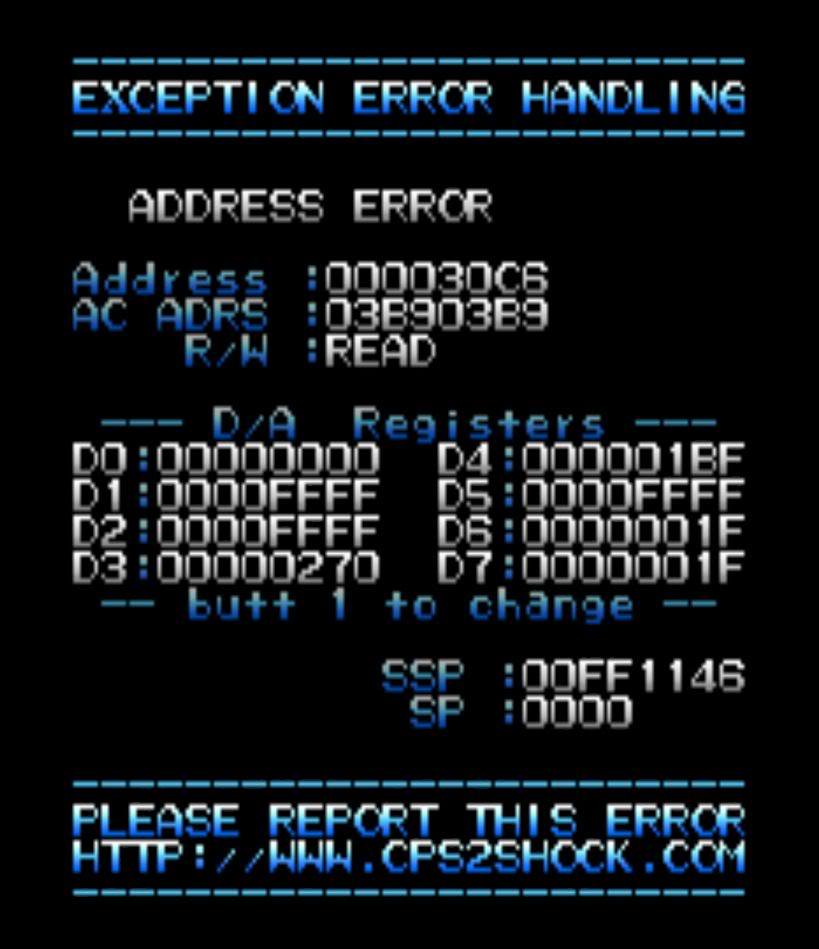 Bought this a little while back as spares or repair. The fault was it had no sound but due to my scope packing in I never got around to fixing it until now.
The board is in outstanding condition and very clean.
I pulled out the schematics for this board that I had stashed away and began working my way backwards from the amp.
I found the analog output from the YM3012 was dead, replacing this chip brought back the music but some of the sound effects were still missing, namely the attack sounds. I recreated the fault using MAME by corrupting the ADPCM ROM 21j-6. From here I could trace the fault from the ROM right through to the amp.
I traced the fault to IC80, M5205 (ADPCM Speech Synthesis LSI). I could see the data going into it but pin 10 (output) was silent. Replacing this brought back the effects and completed the repair.