Second Pacland pcb I got for repair is a Namco one.

It had some sprites wrongly selected by the game code 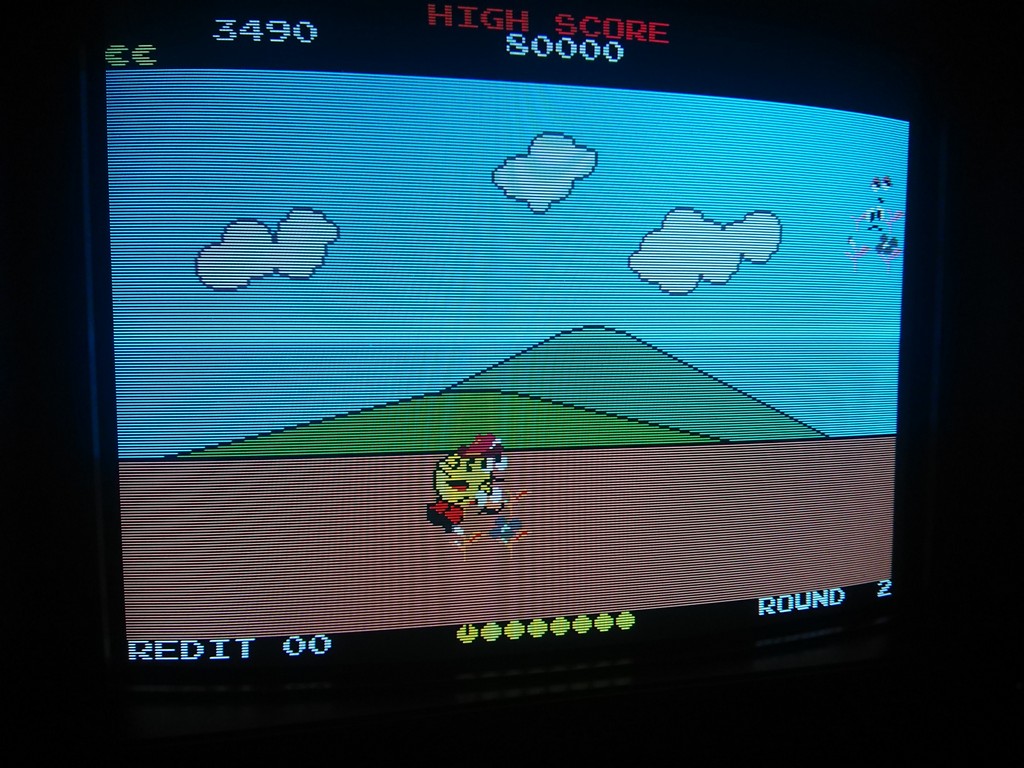 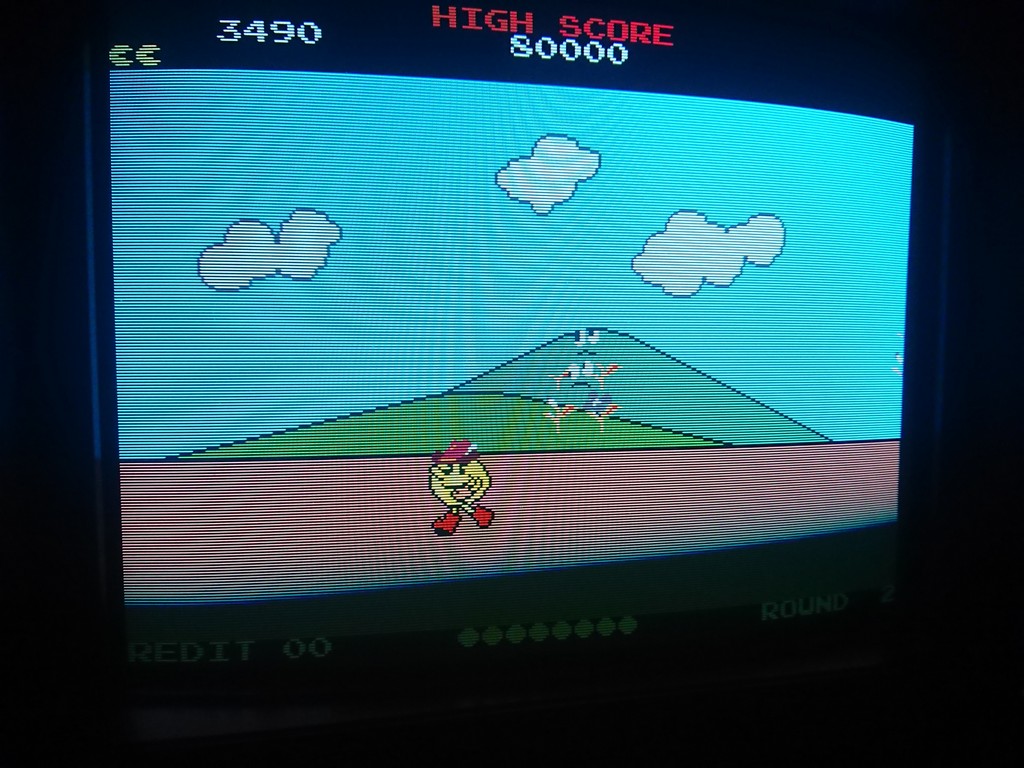 After checking on the schematics the sprite addressing I found this: 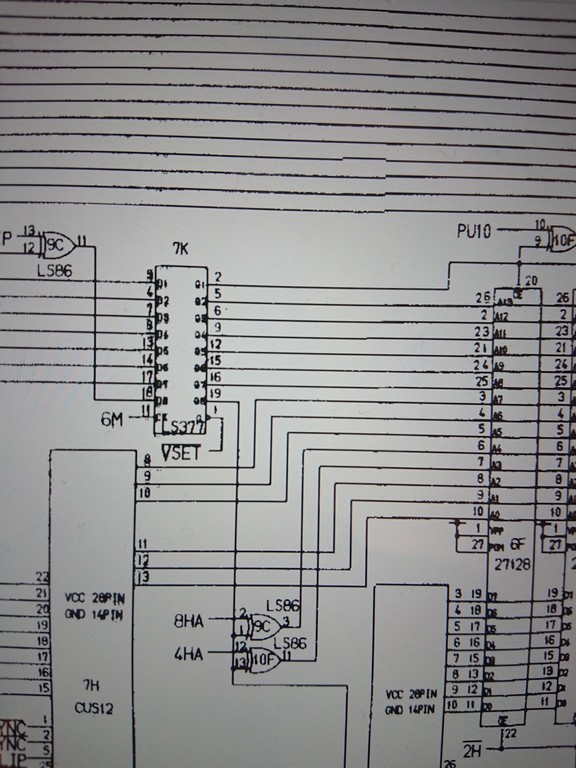 After changing it board was fixed: 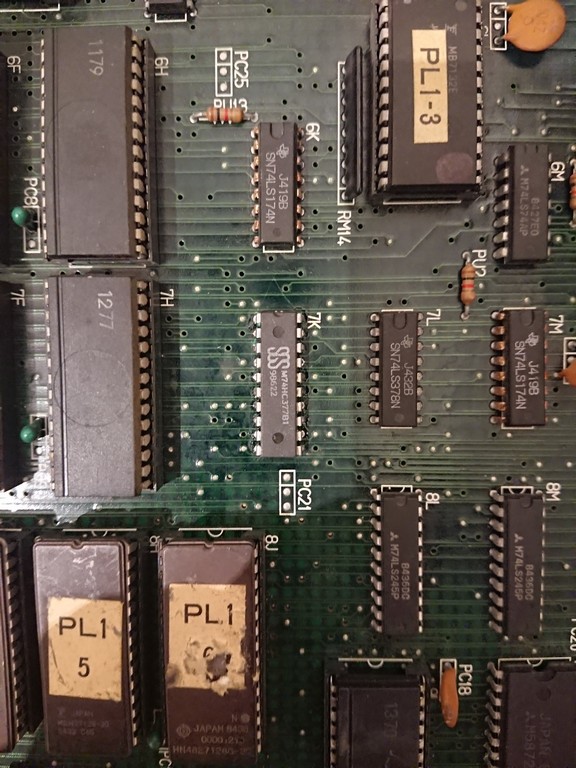 Got two Pacland pcbs to be repaired from a friend.

Fist one is a Sidam Pacland which showed the following problem: 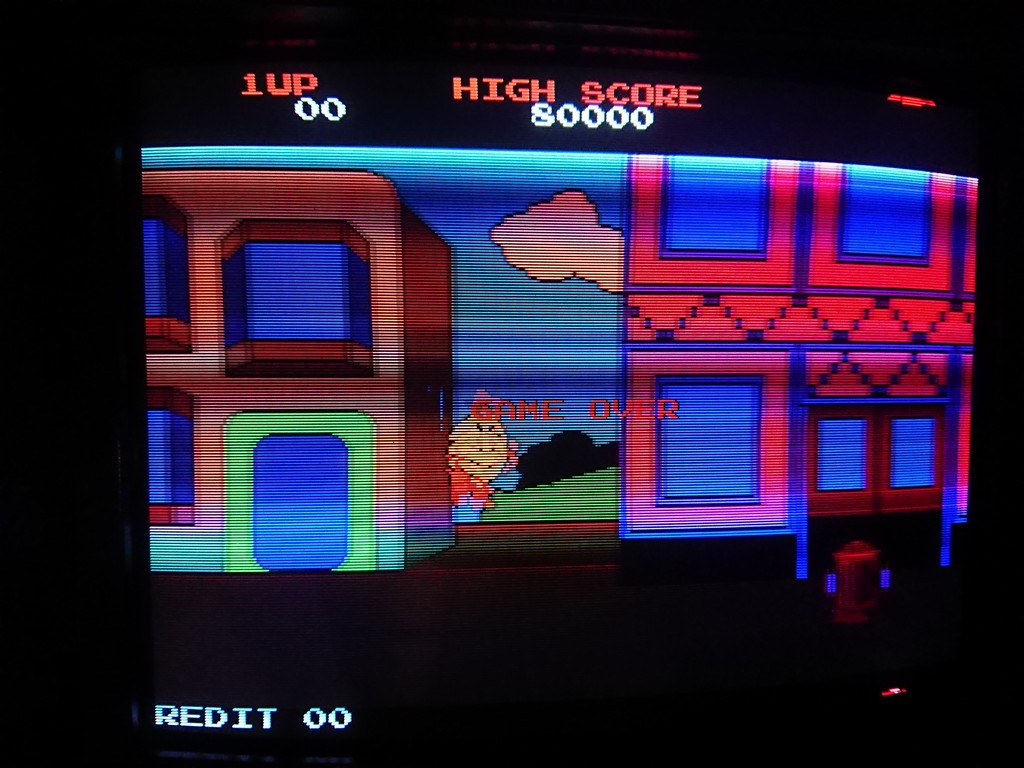 All the screen had shadowed colours going up and down vertically.

By expecience whith similar problems on different hardware I understood it was a Hblank problem.

The game didn’t shut off the screen at the borders so the monitor didn’t have anymore the black reference.

Looking at the schematics I found immediately a clear reference to the blanking circuit: 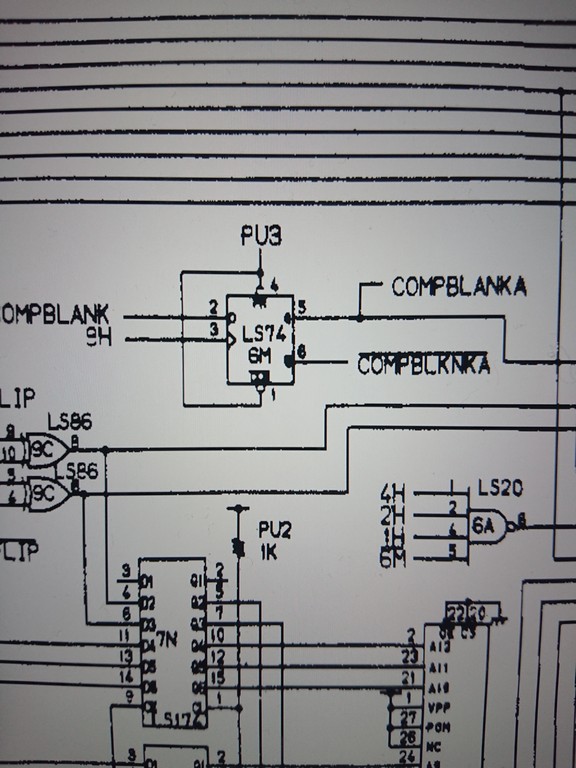 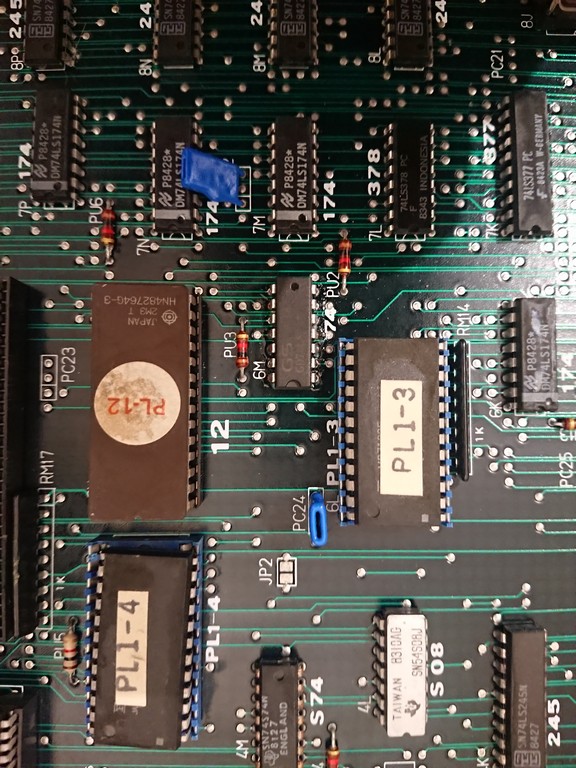 Received a pacland board for a repair which was stuck with a  0 2 0 error at boot.

Normally the middle digit means it’s an program rom error and infact the second prg rom @8D had no sticker  and I immediately checked it. 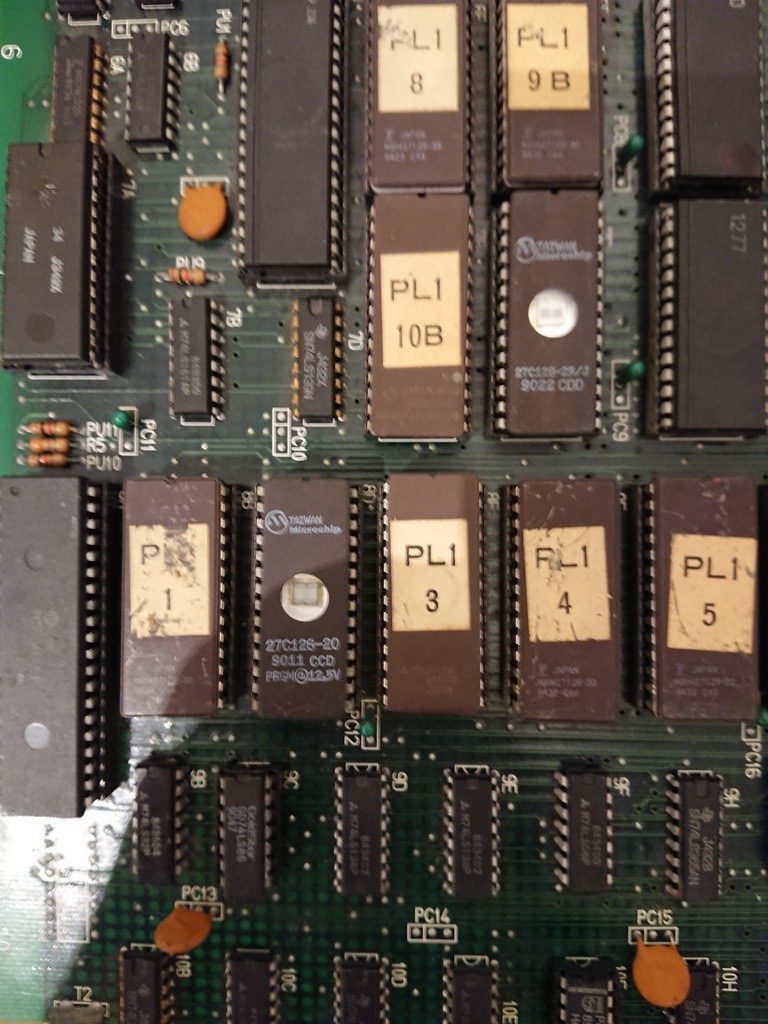 Romident showed it was a Pacland midway rom, but the other prg roms belonged to the japanes new version.

After burning the correct 2nd rom from the jap set I was welcomed with this screen which is the service one. 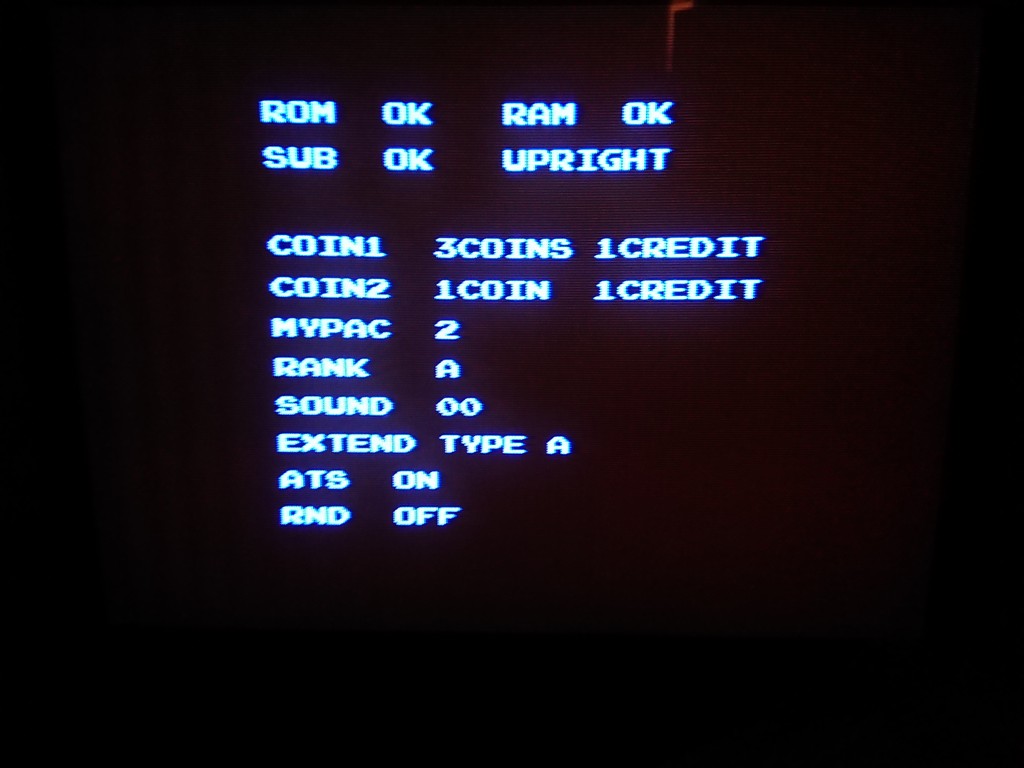 The dipswitches were all set OFF and after verifying they were working correctly I decided to change all the FUJITSU 74LS257 near them which had dead outputs infact.

In the end all the Fujistsu chips has been changed because faulty: @1L, 2L and 2J! 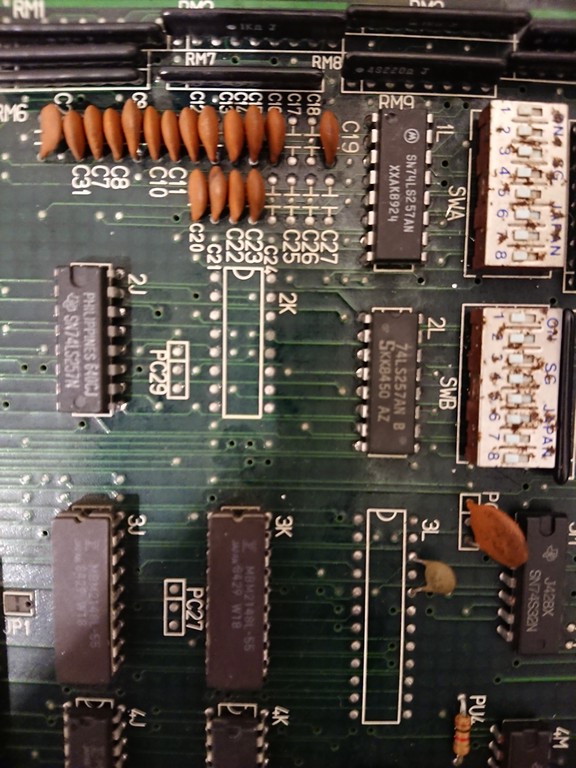 With good ones changed the game finally booted but the palette was very tinted and the sprites were corrupted: 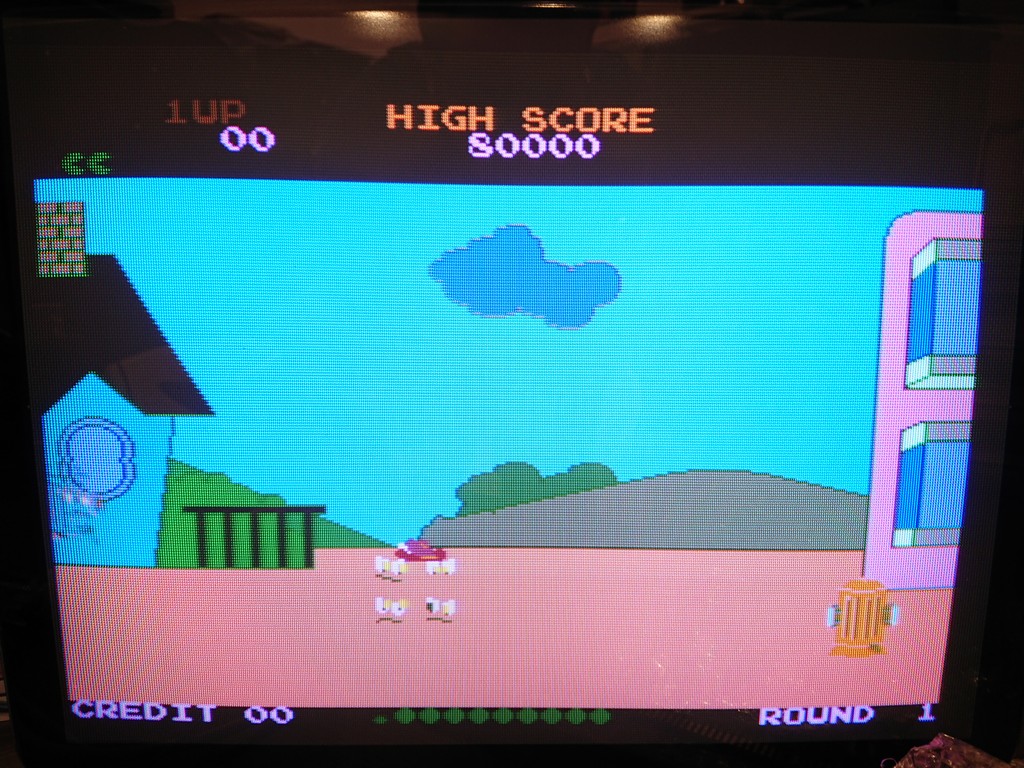 Verifying the sprites roms 8,9,10 and 11 these were a mess of different revisions, so using a broken pacland I put the matching roms from the new japanese set 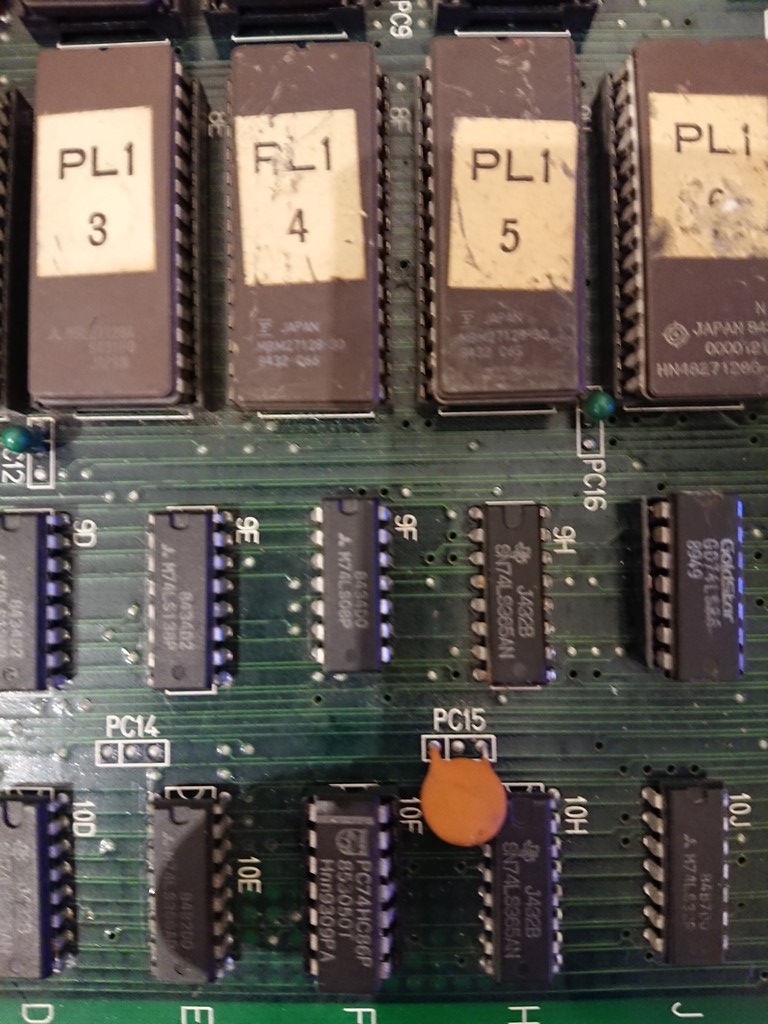 With good one installed I got finally good sprites but still the palette was tinted: 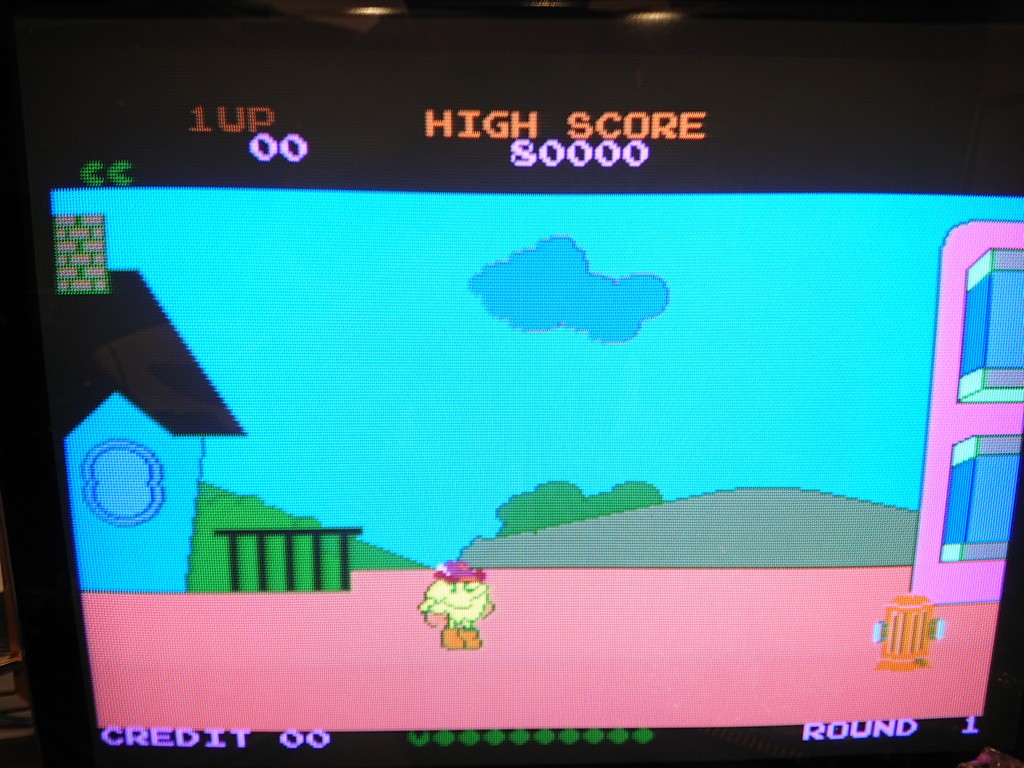 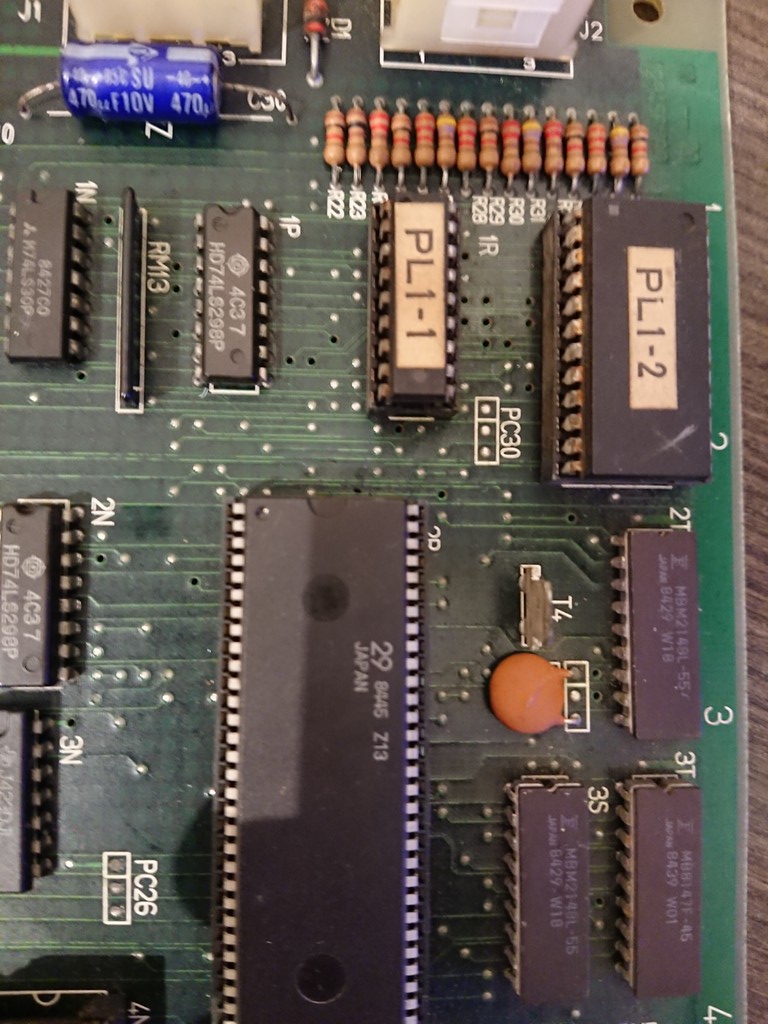 Using one from another Pacland board fixed the game 100% 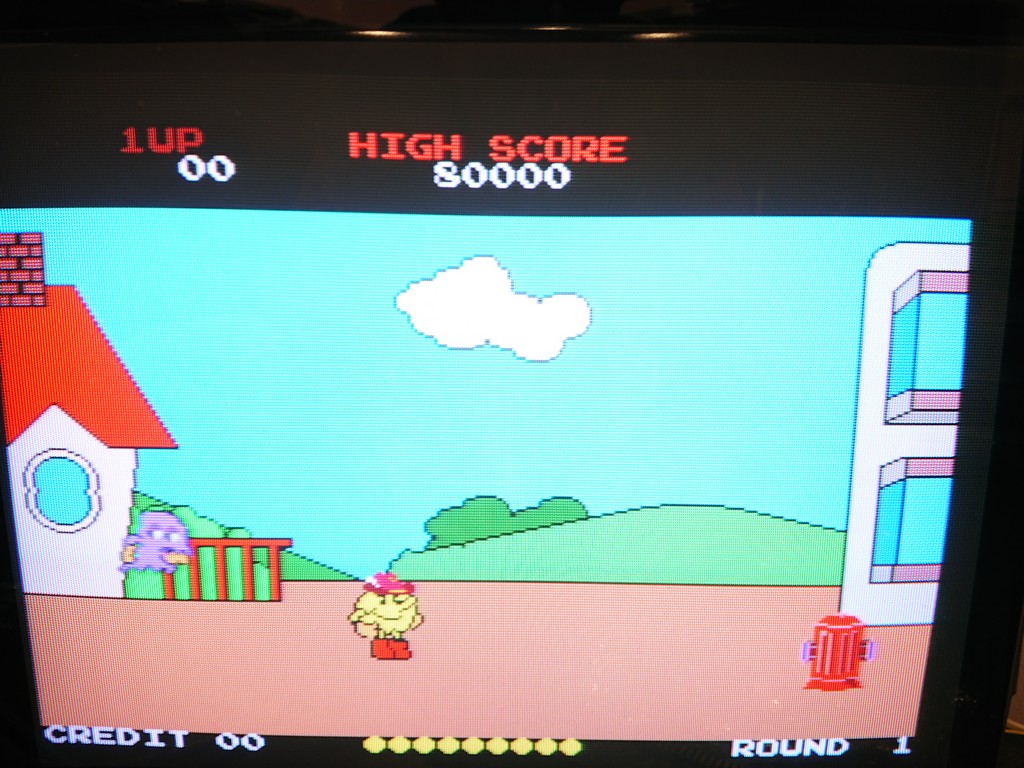 Got this Pacland, Sidam version, in mint conditions  for a repair 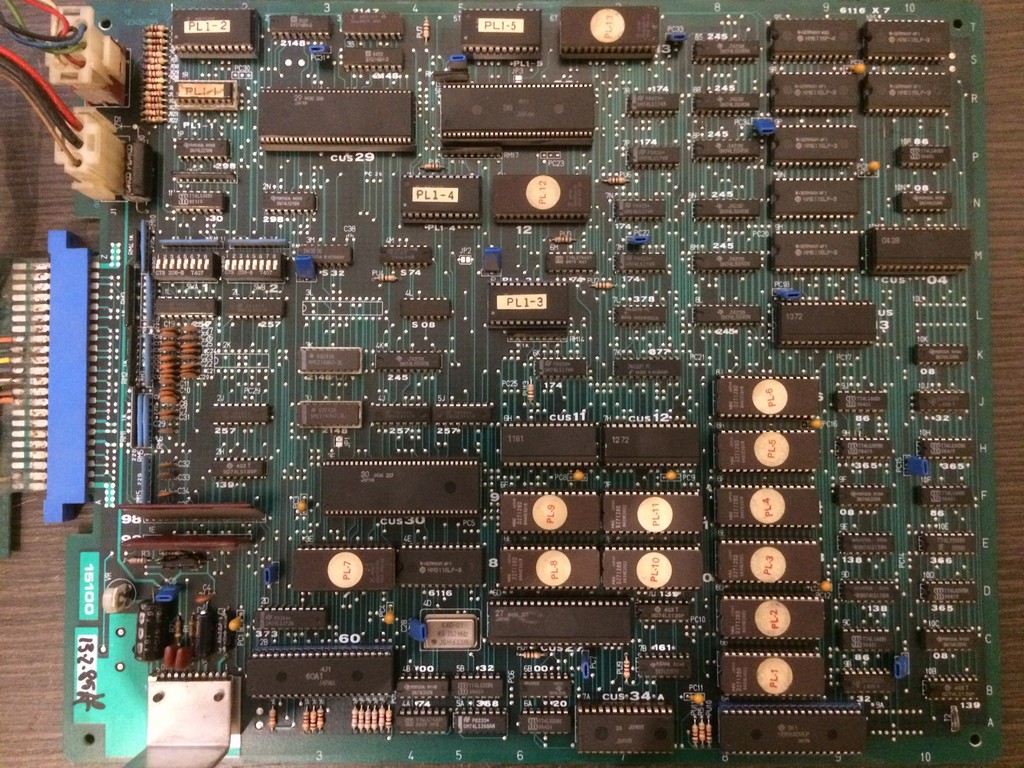 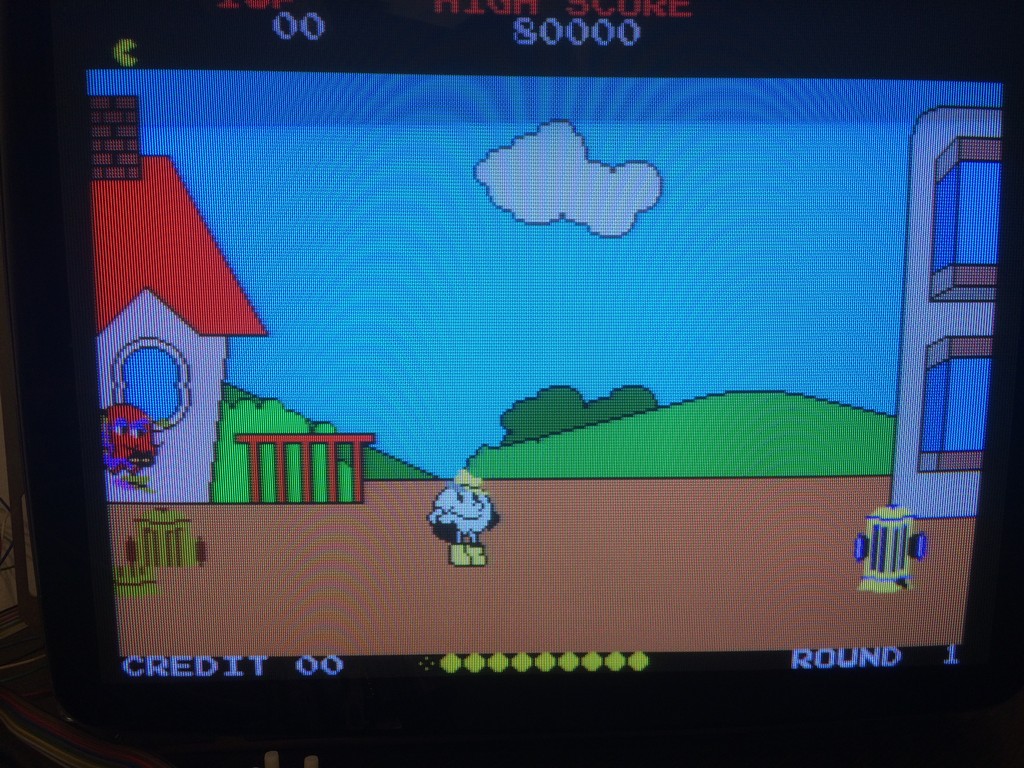 The sprites are handled by CUS29 and there are two 2149 rams connected.

Testing it out of circuit confirmed it was bad 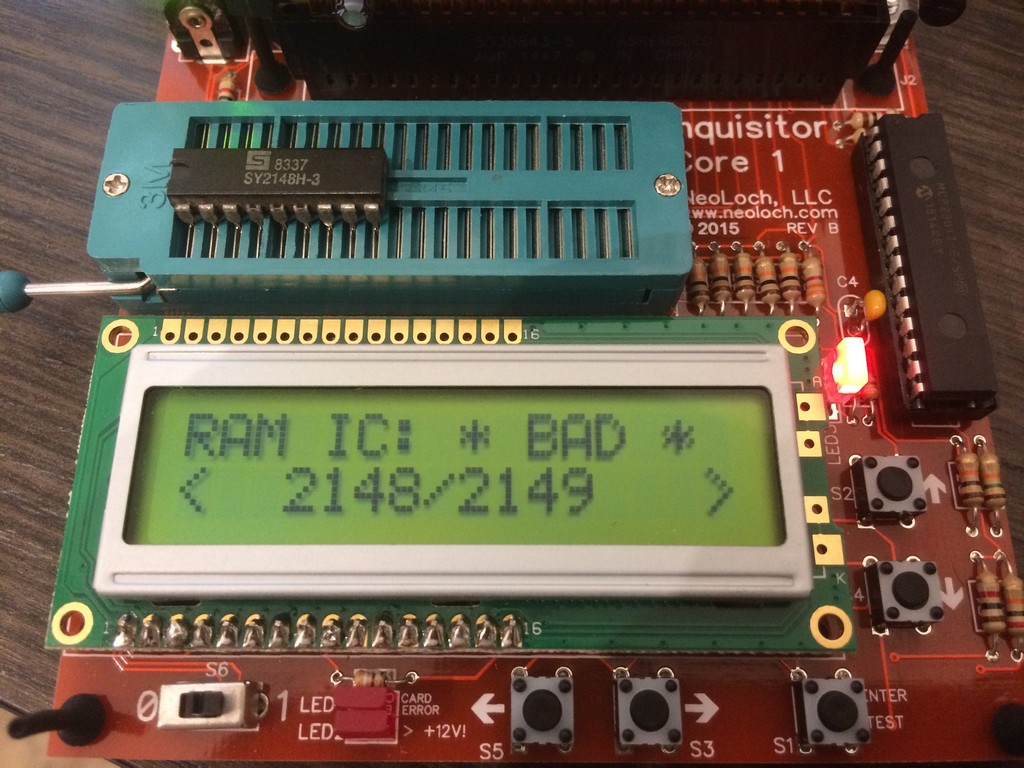 The game had no other faults and was 100% fixed 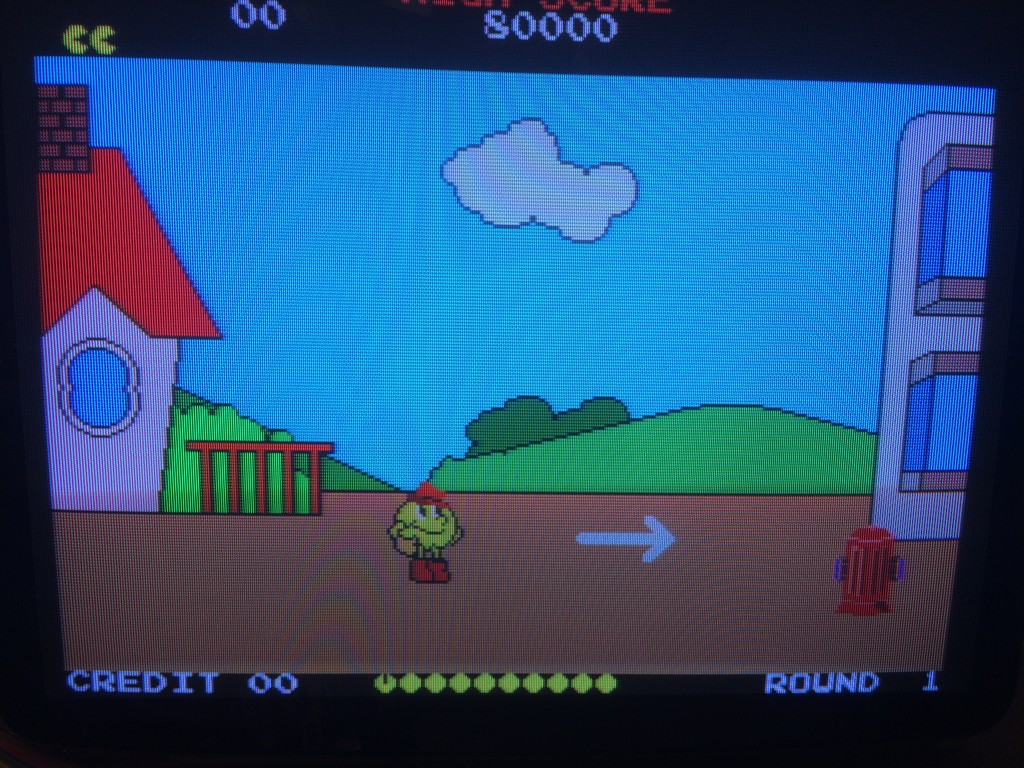