Got another Rastan for a repair. 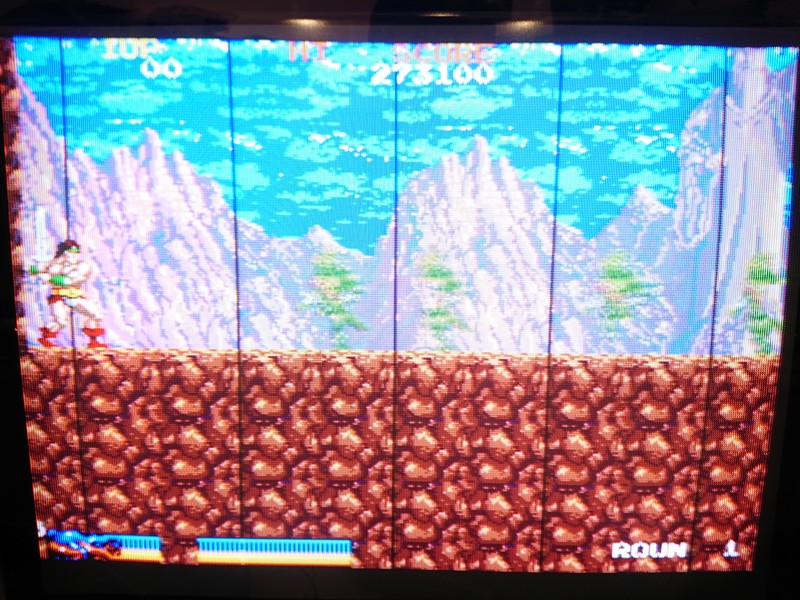 Both were reported bad 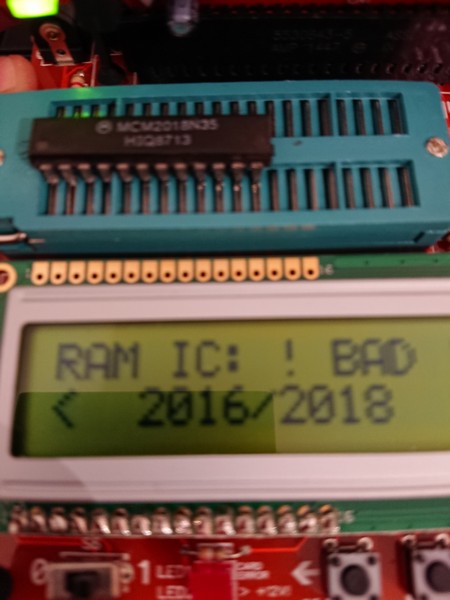 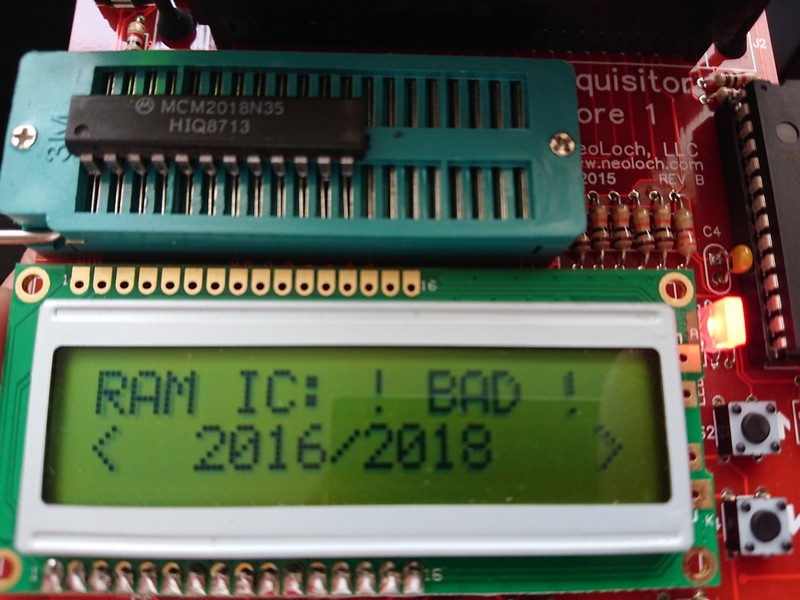 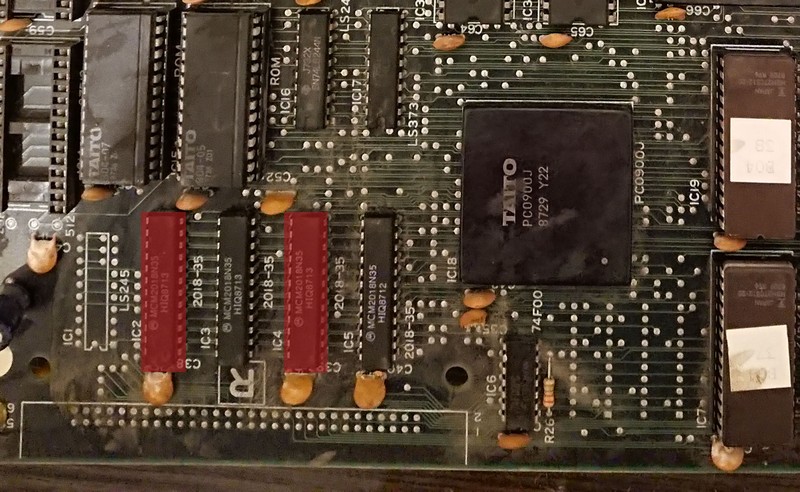 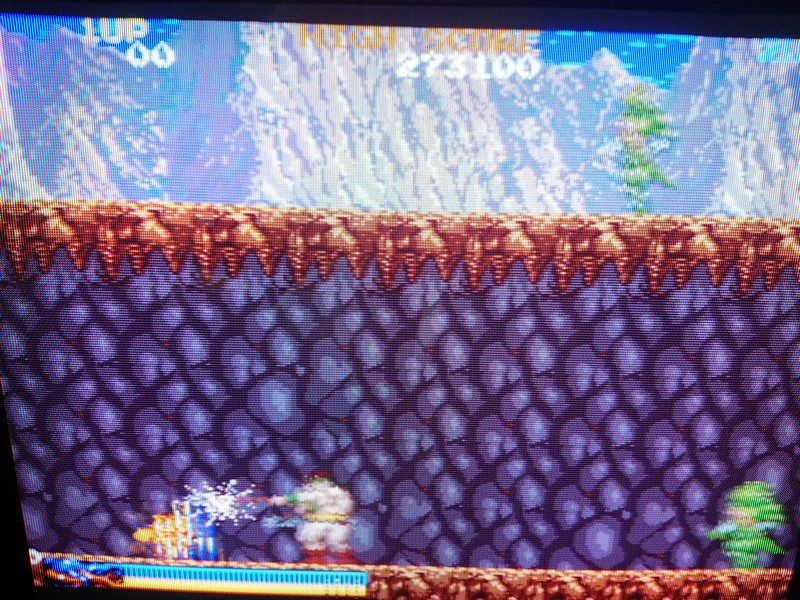 The game had some missing background tiles 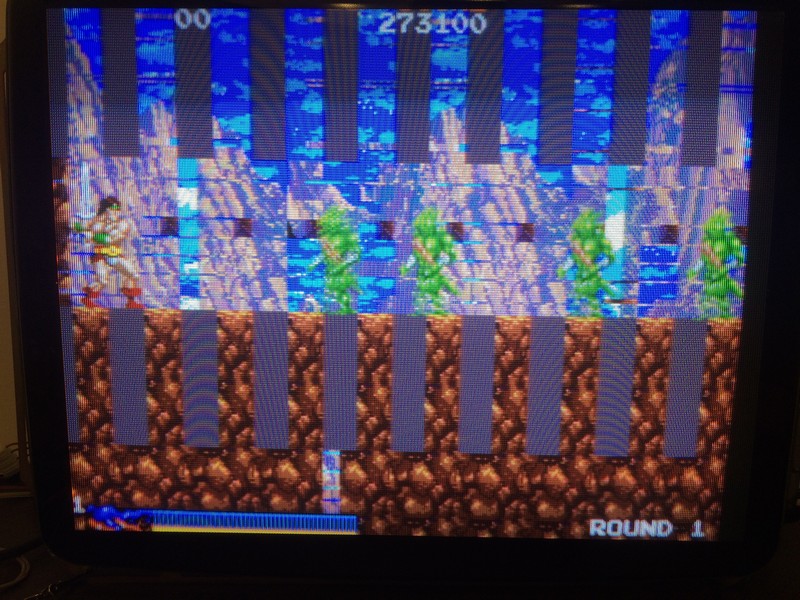 At first I thought it was a maskrom problem but once I checked all of them only to find they were good, I started to probe the ram responsible for the background. 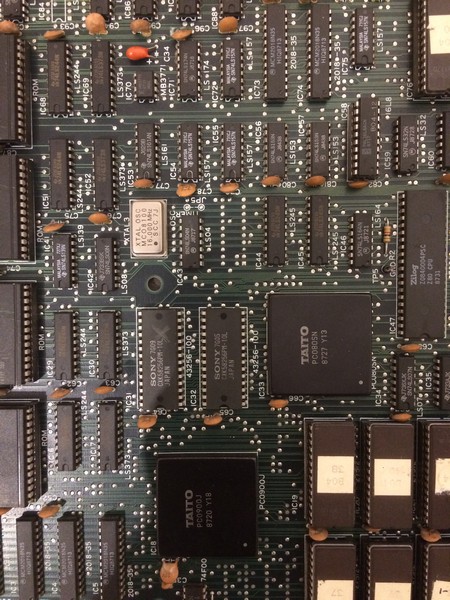 A sram @IC31 had some weak data signals so I decided to change it and the guess was right because the game was fixed. 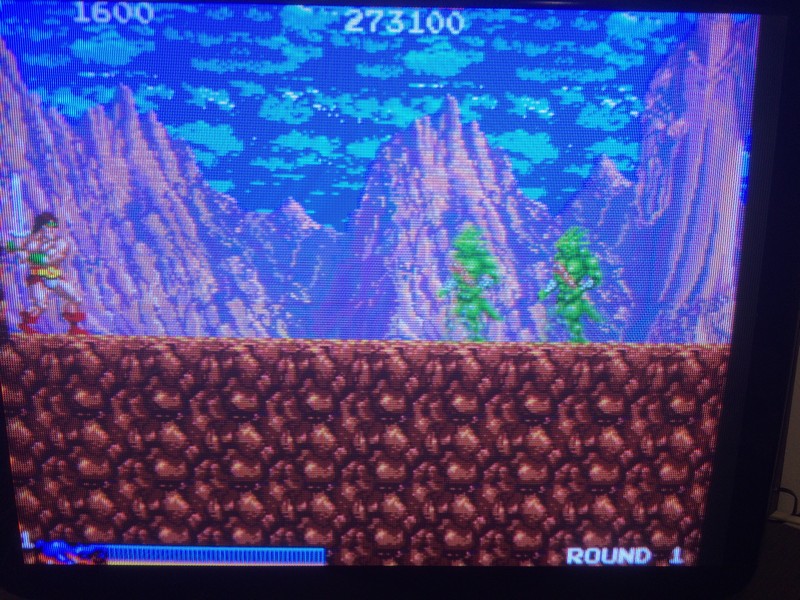 Here is a picture showing a recently repaired Rastan PCB with the replaced chips highlighted in red. 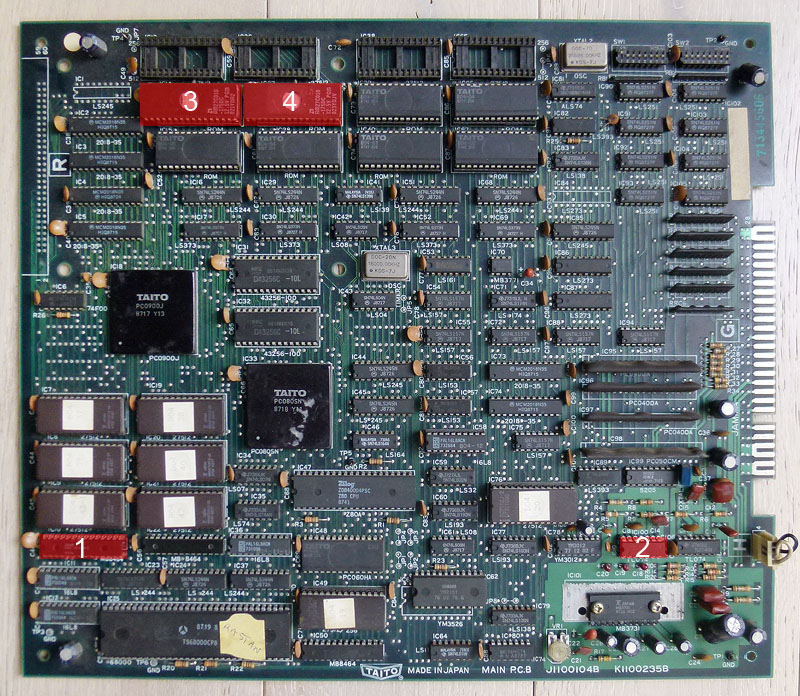 I will explain every step of the repair process here:

1) When powered up, the game was starting but was constantly rebooting after about 5 seconds. I checked the reset pin on the CPU but it was constantly high so that seemed not related to that. I checked the signals on the 2 CPU RAMs @ IC10 and IC22 (2x TMM2063 – 64kb) but nothing seemed suspicious. Anyway, piggybacking the one @ IC10 made the game not rebooting after 5 seconds but after a longer time. That was sufficient to let me think it may be faulty so I desoldered the RAM and it was tested bad on my programmer. Replacing it by a new one made the game working and not rebooting again and again. Good.

2) Well, the game was now playable but there was no FM sound (so no music at all), only voices were audible. Schematics are available online so I could see that the FM sound is generated by the YM2151 @ IC63 then it goes to an YM3012 DAC @ IC78 then it goes to a TL074 op amp @ IC100 to finally going to the MB3731 amplifier @ IC101. Outputs signals looked healthy at the outputs of the YM2151 and I had correct sound for the voices so the issue should be located before the mix between FM and voices signals, so before the amplifier: more probably within the DAC or the op amp. The TL074 is composed of 4 operational amplifiers: 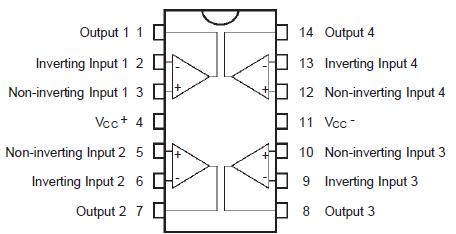 I noticed that every of the 4 output signals on the TL074 @ IC100 were looking weird with a negative voltage (between -1 and -2 V). There is another TL074 chip on the board that is related to the voices and every outputs showed a positive signal of approximately 2.5 V. That was suspicious so I desoldered the TL074 @ IC100 and replaced it by a new one and the FM sound was back ! (the signals on every 4 outputs were now showing a positive analogic signal of approximately 2.5 V).

3) and 4) Ok, so then the game was fully playable with perfect sound but there was some graphical glitches on a few items, as seen here in the attract mode: 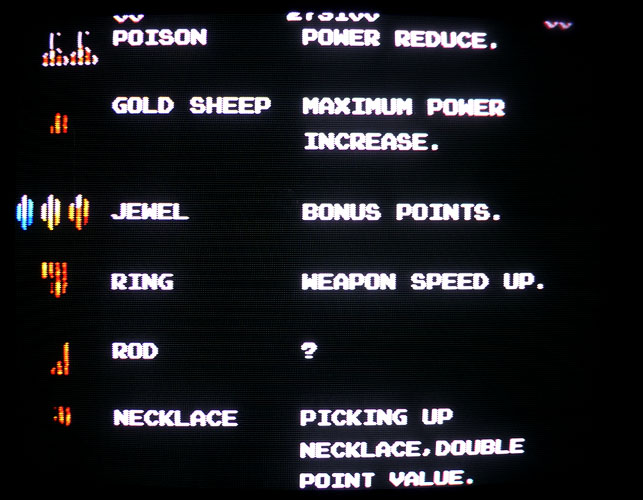 I have a previously repaired Rastan PCB that had one of its gfx mask roms replaced by an hacked 27C010 EPROM so, due to the nature of the problem here (glitches on only a few particular items), I suspected one or multiple MASK ROMs to be faulty. I started replacing these ROMs with the ones from my working Rastan PCB and got the gfx working perfectly after replacing B04-07 @ IC14 and B07-08 @ IC27. As noticed in my previous Rastan repair log, the gfx ROMs on this board are 128kb fitted into 28 pins chips. Finding blank chips with these exact specs is hard nowadays so I used 128kb 32 pins 27C010/27C1001 EPROMs as replacement (I could use a 27C1000/27C301 EPROM to make the modification even easier but I didn’t have one remaining then). To fit them on the 28 pins sockets present on the Rastan board, you have to make the following modifications on every EPROM:

I did these connections on the underside of the chip. Here is how it looks on my 27C010: 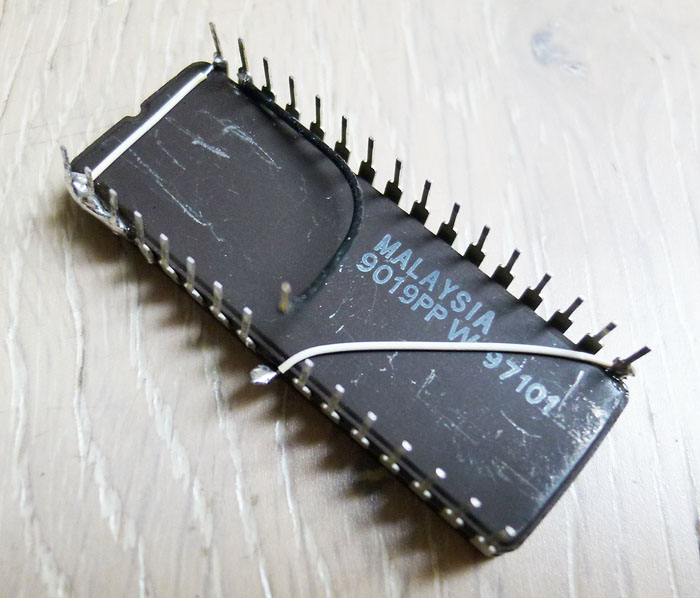 And this is how it looks after the 2 chips plugged in:

Now the gfx are fully restored, as well as the rest: 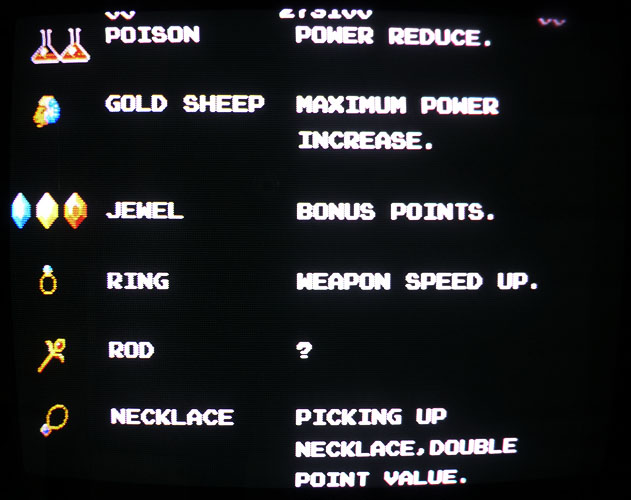 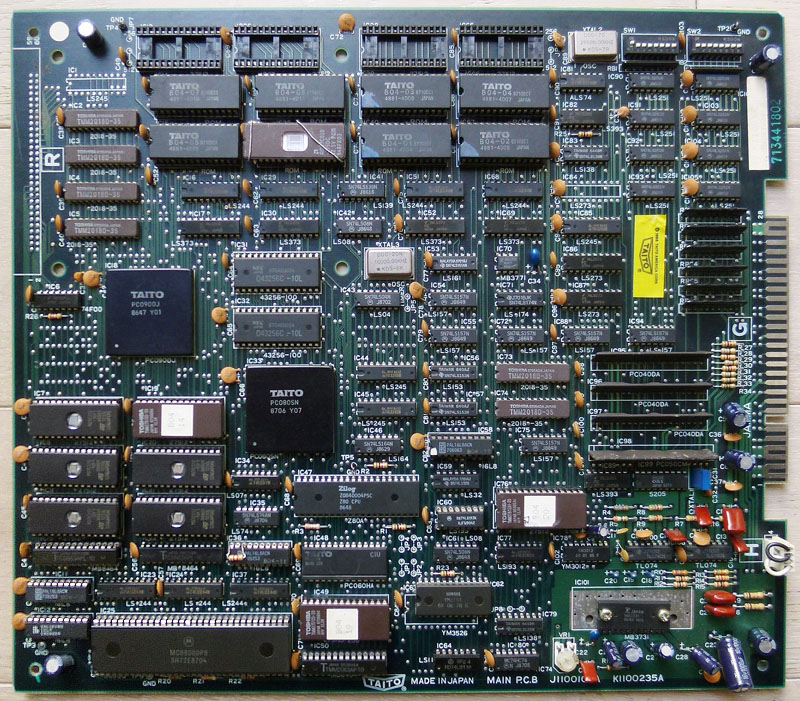 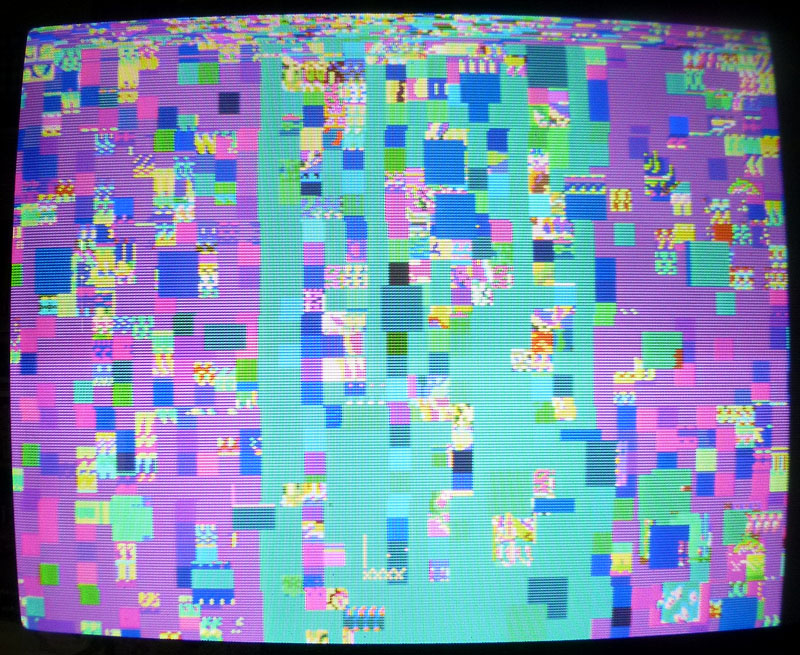 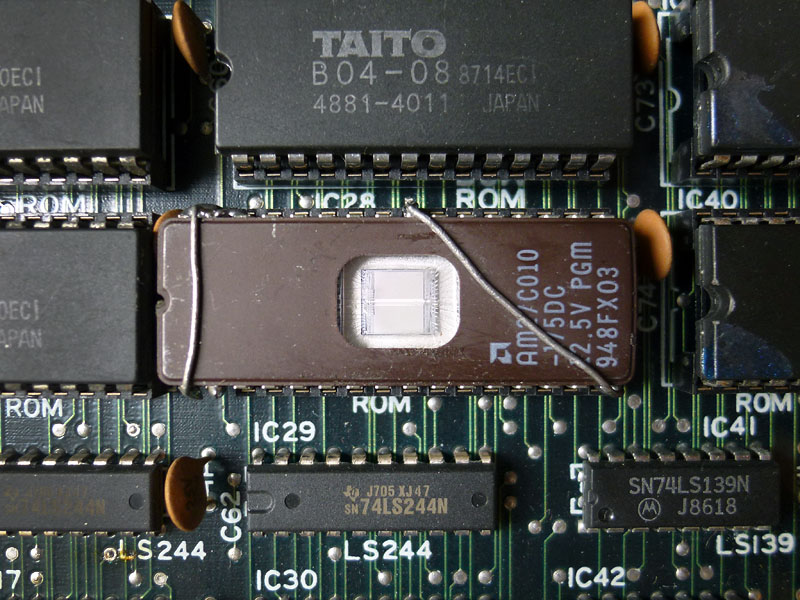 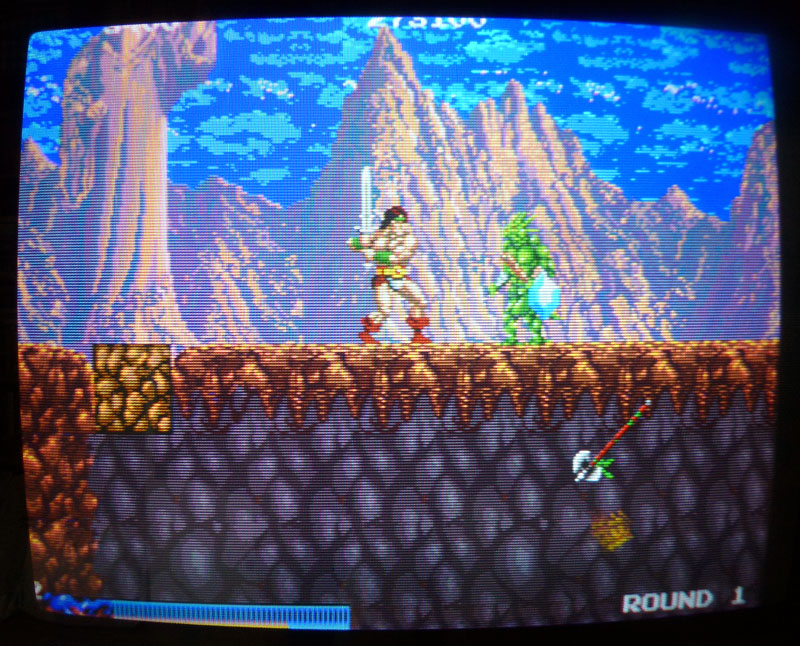 As I continue to test out the PAL dumping, I’ll put the confirmed working ones up for download.
Here is PAL B04-12 PAL from a Taito Rastan board.
I have tested this and seems to work fine.