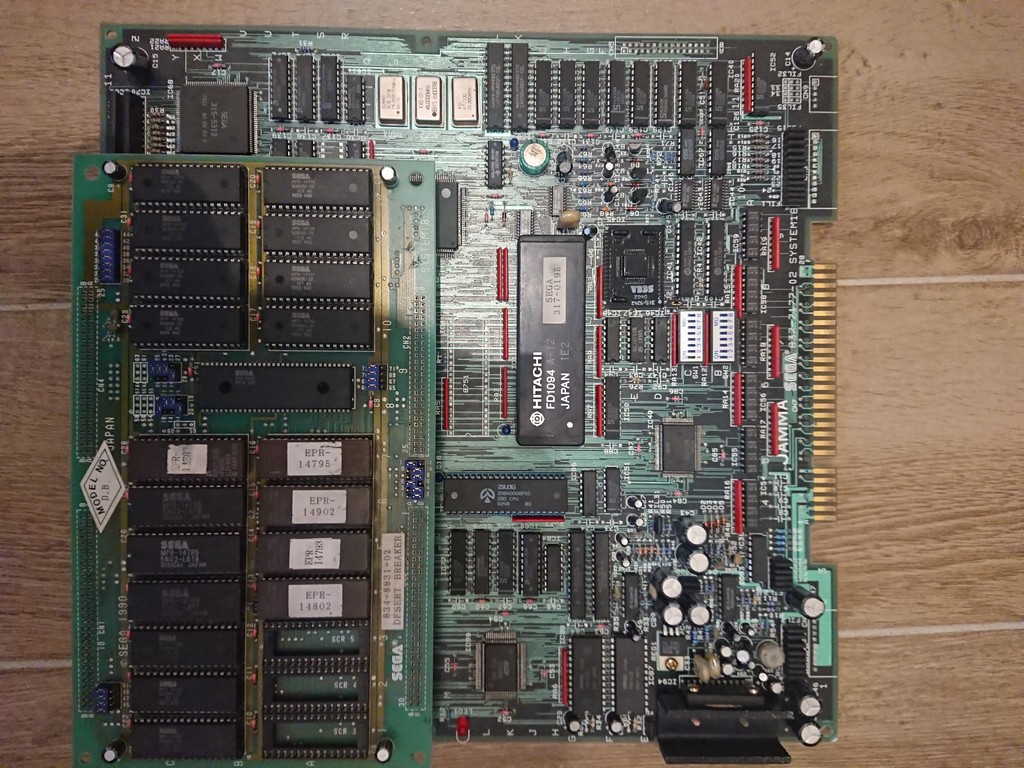 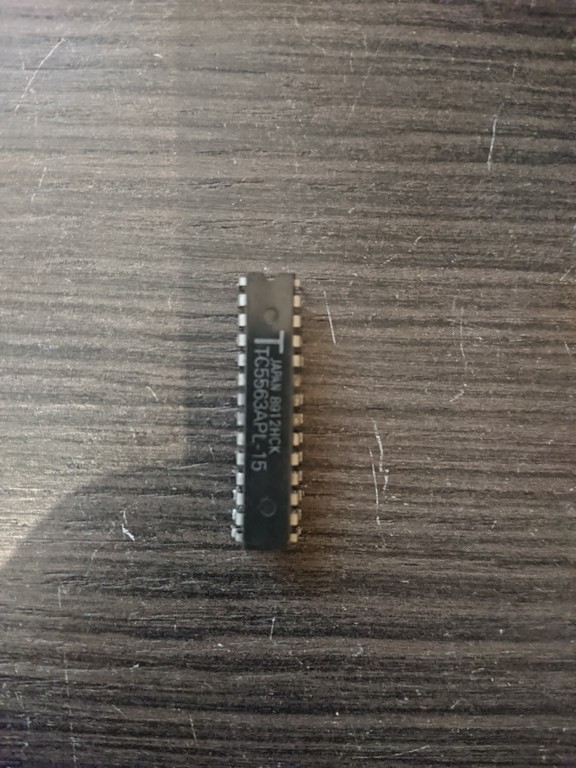 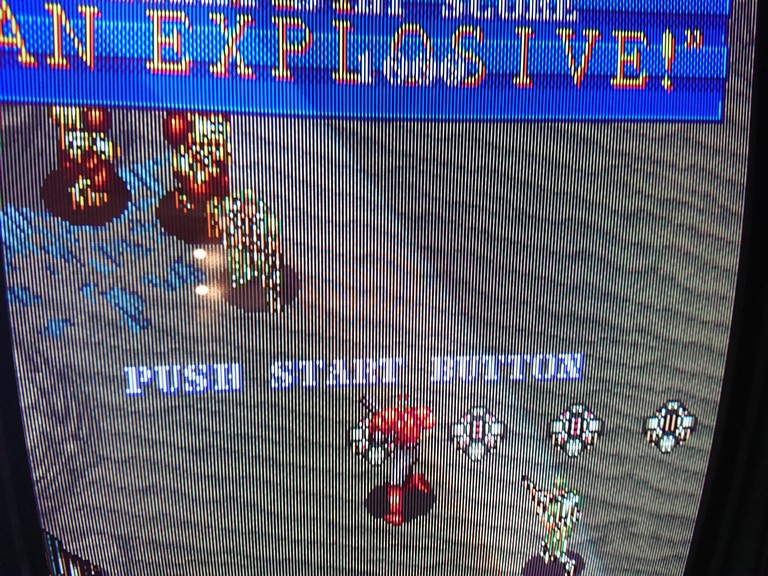 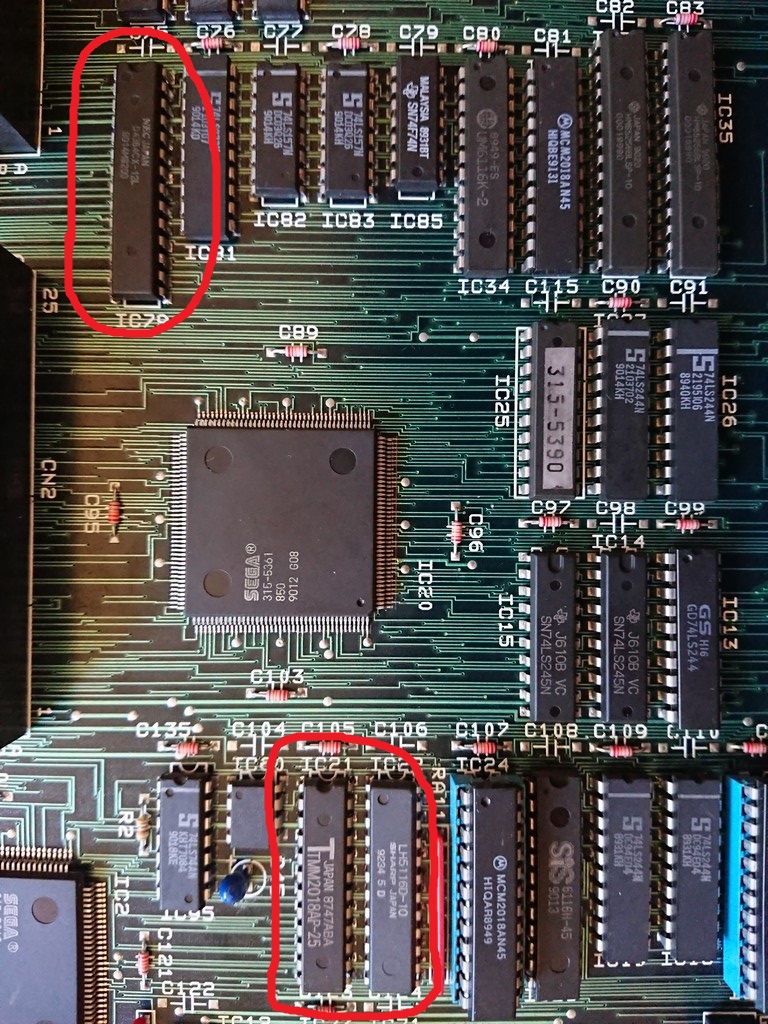 Some weeks ago I bought this game for my collection in really great conditions.

While playing, I messed up with the external potentiometer of my supergun and menaged to detach it for a brief moment . Result was that the power supply jumped to 7V on the 5V line and 18V on the 12V line.

With my surprise, the game was not totally fried, sprites were still good but all the background was totally black

For the graphics problem, 2k sram @H15 and H16 had all the data lines in the grey area.

Changing them restored completely the graphics. 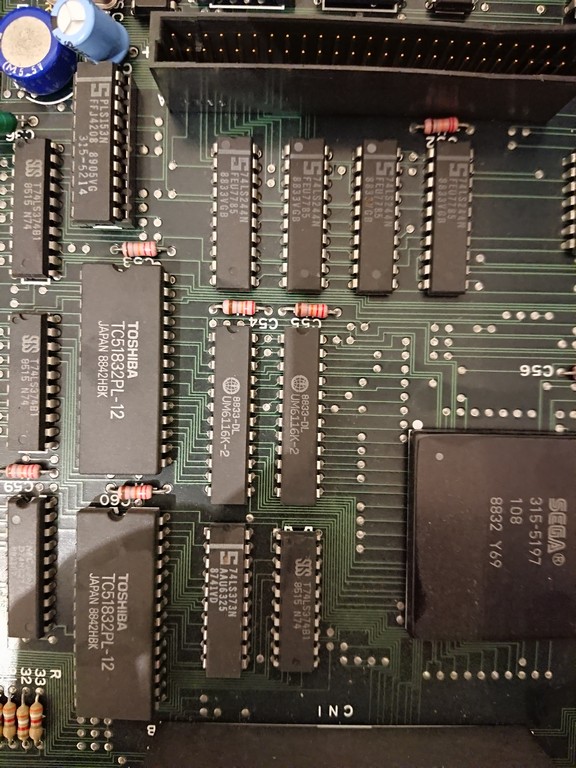 The sound had also another UMC 6116 sram and the data lines were completely in the grey area. 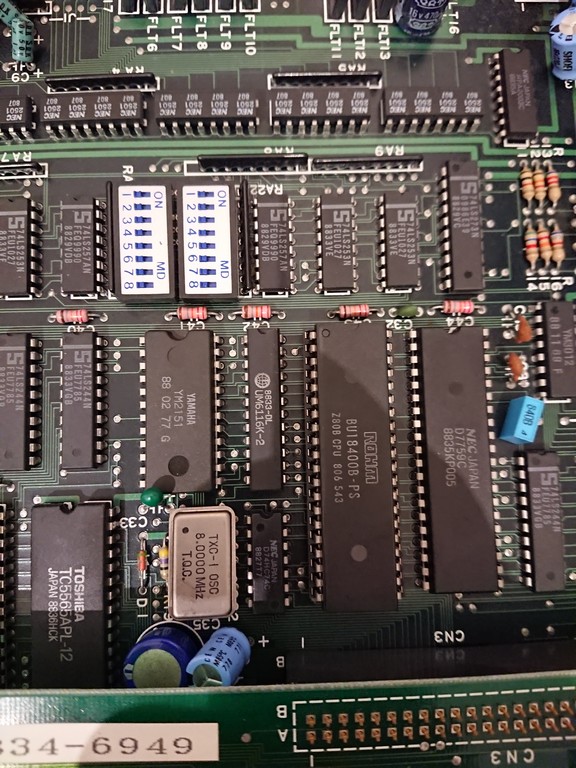 Changing it led to no improvement but after checking the connections I found out D6 line was not connected to the Z80 but only to the YM2151.

I probably broken it during the exhange. Restoring the line led to a fully working game.

In the end it appears that UMC parts were the weakest devices of the pcb , I replaced all the ones which were present on the pcb

Got this game from a friend who took out the board out of a rusty cabinet.

The game needed badly a clean, so I dismounted everything before attempting to turn it on and washed everything carefully.

Unfortunately board was not working correctly, it showed from a brief moment a garbled text about network connection and then nothing happened.

I decided to start dumping the program maskroms and found immediately one branded SEGA MPR-15539 which had some internal connection problems.

The other one , same type and capacity was dumped good.

After burning a new program rom on a 27c400 ( 4mbit maskrom pinout eprom), game booted perfectly although without any sound.

The amplifier was litterally blown

From Mame source I could get the right one to order, a TDA1518AQ, replaced it and finally the game had sound.

There were other SEGA branded maskroms used as PCM samples, I read both of them ( 16mbit maskroms) and one of them , IC1, had A16 internally broken.

No other problems were found

I will share the pinout of the board to play it on a different cabinet than the original one with a filter board ( the manual has only the schematics of the filter board unfortunately).

Game is Jamma as stated, so all power, video and audio pins are the same.

Board is using the following digital pins: on component side pin 22 is for shift up and pin 22 for shift down. On solder side, pin 22 is to select DJ Music or radio, pin 22 and pin 23 to move forward or backward the selection of musics. This is valid for both P1 and P2 connectors

There is an AMP connector in the middle used to drive lamps but I haven’t yet figured out the pinout and to me is not very interesting.

The most interesting part is the analogue controls which is handled but the daughter board 837-7636 which is in common with all Sega System 32 driving games. 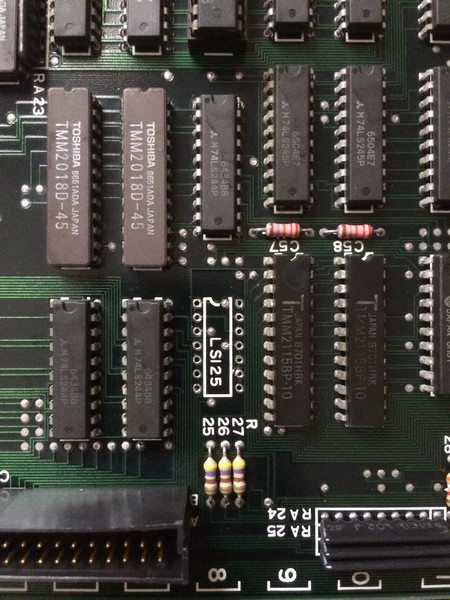 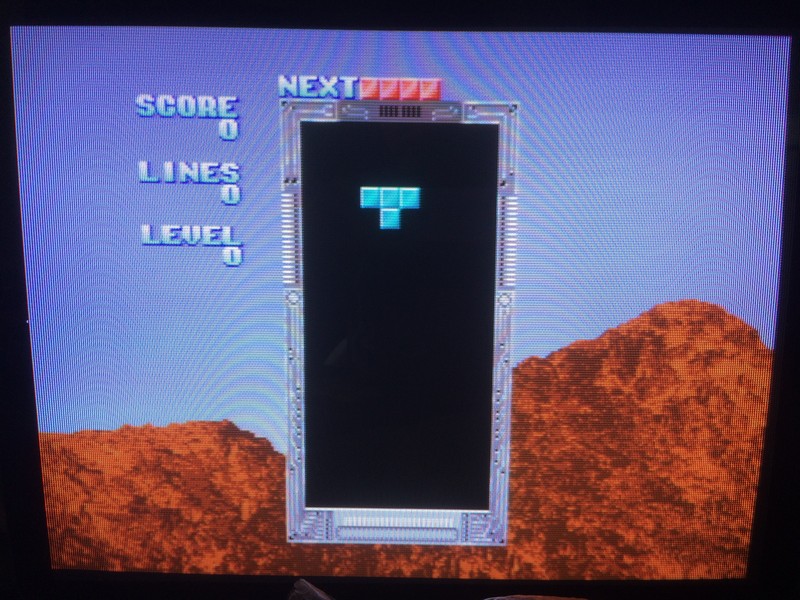 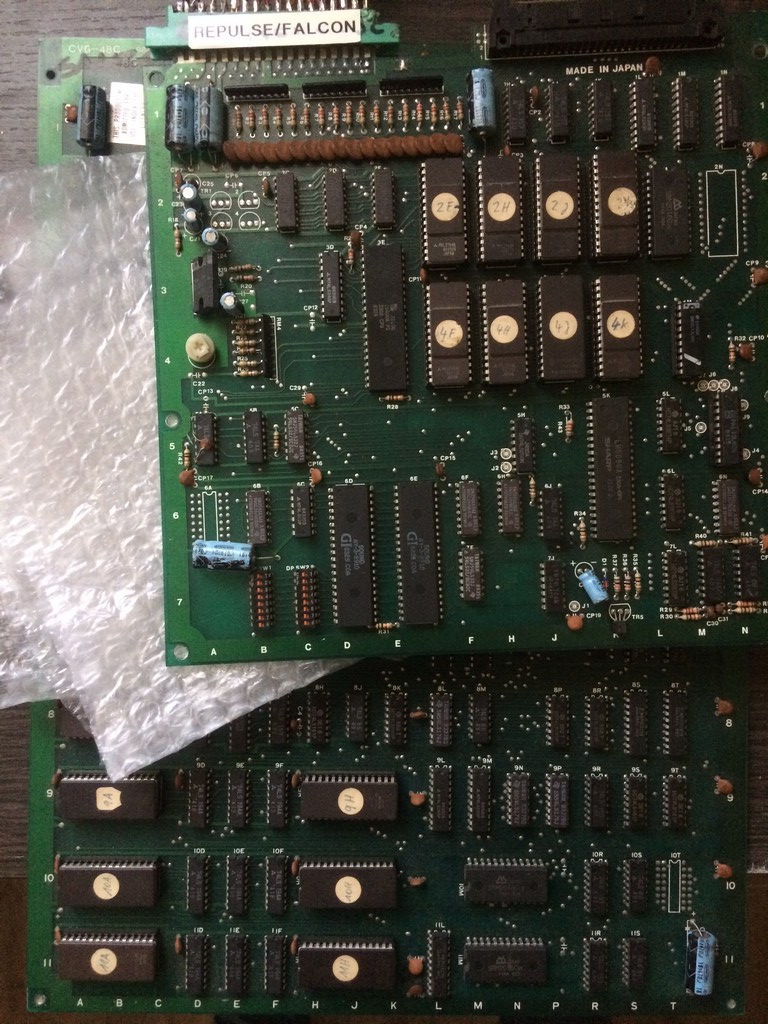 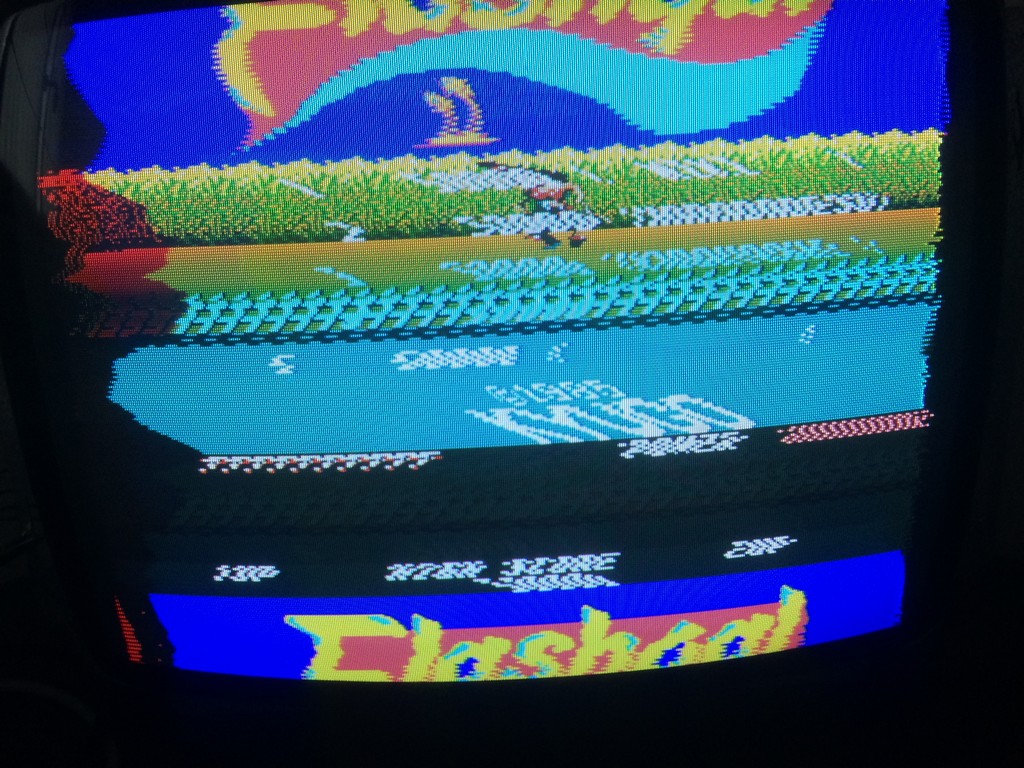 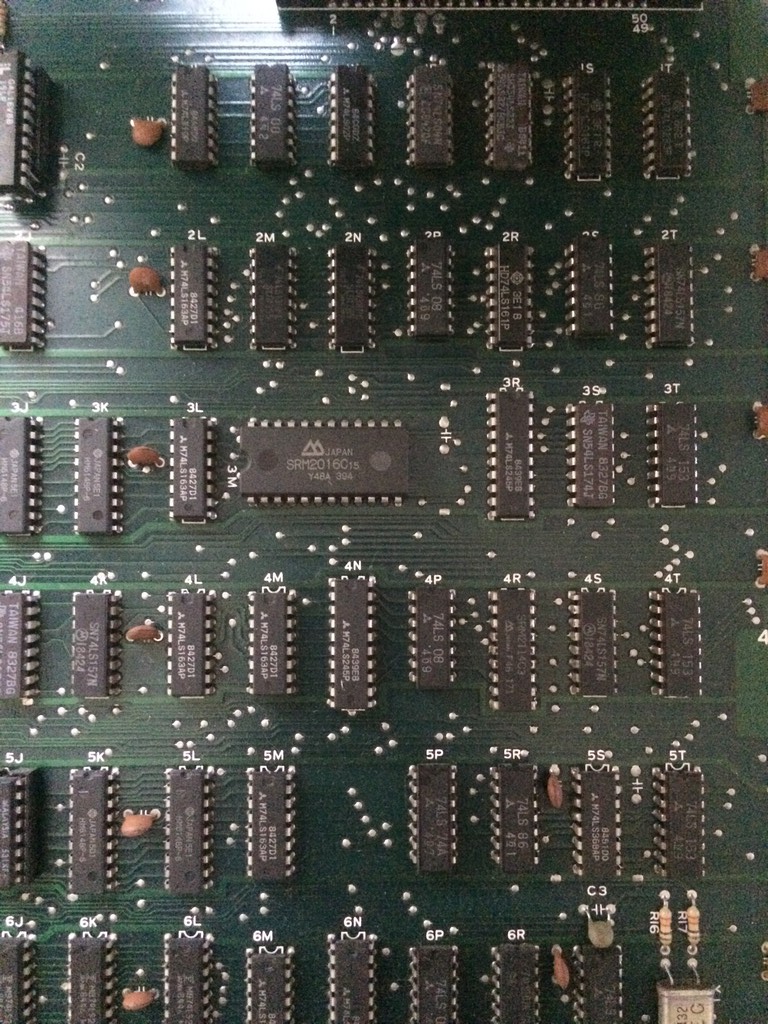 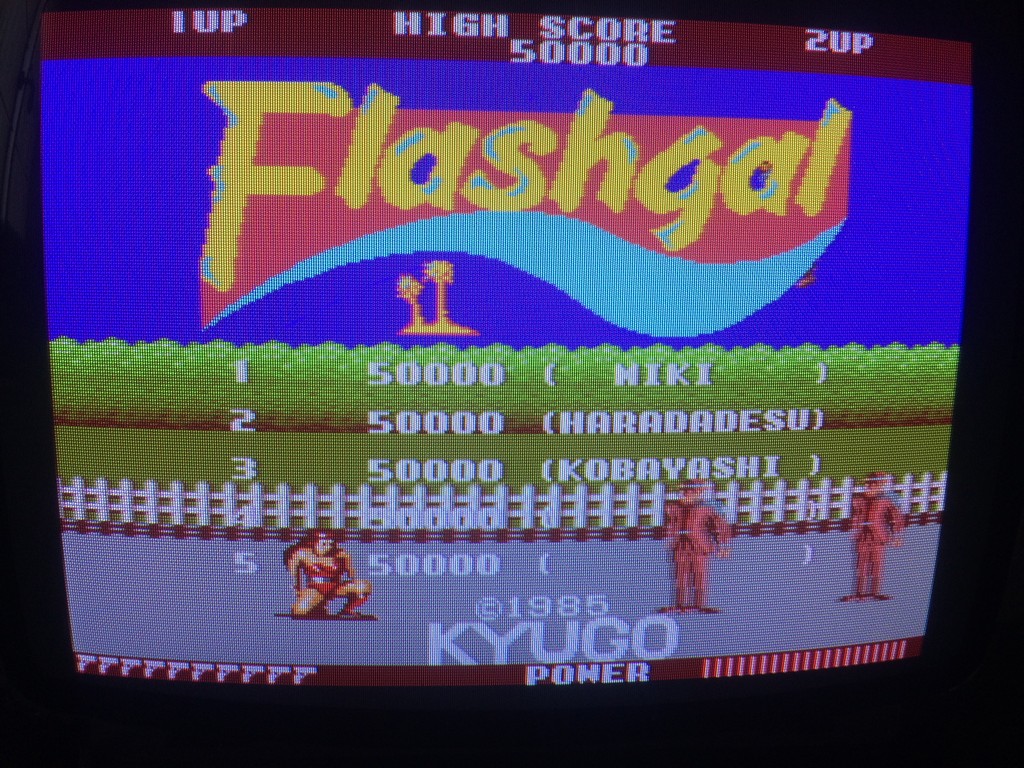 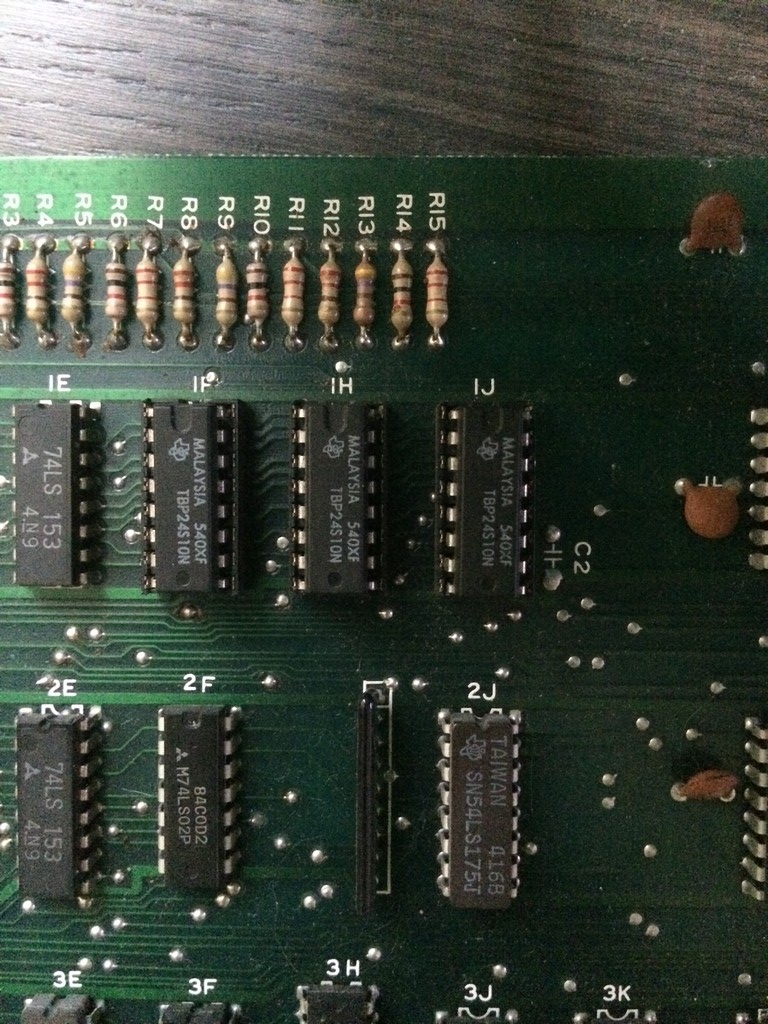 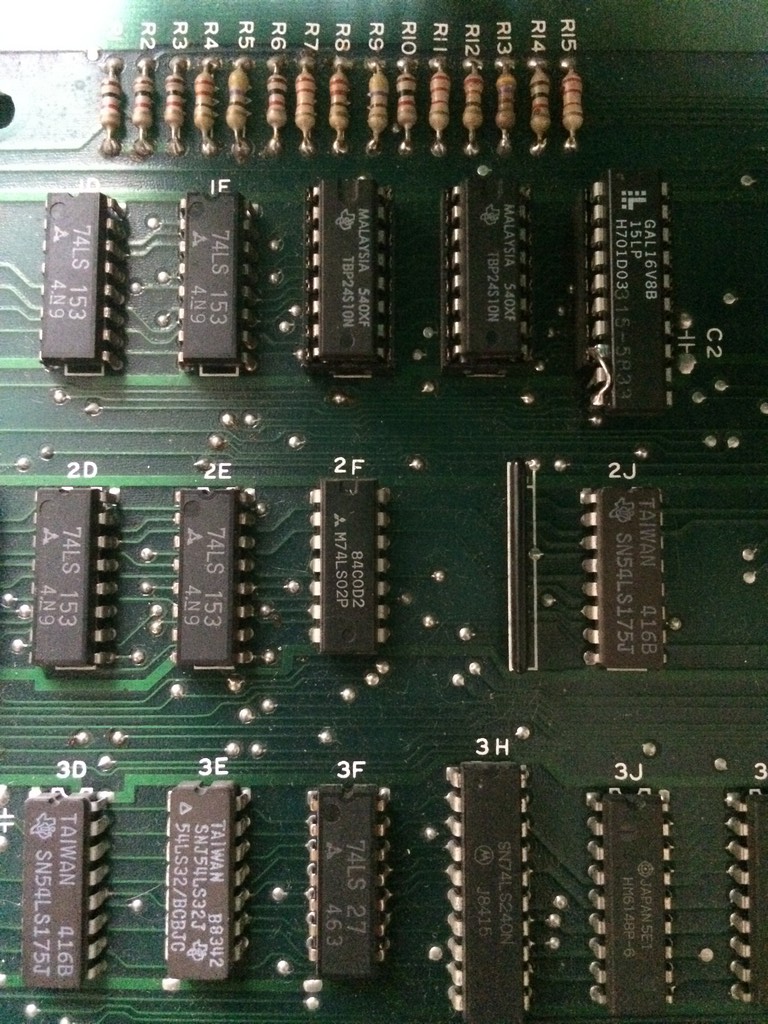 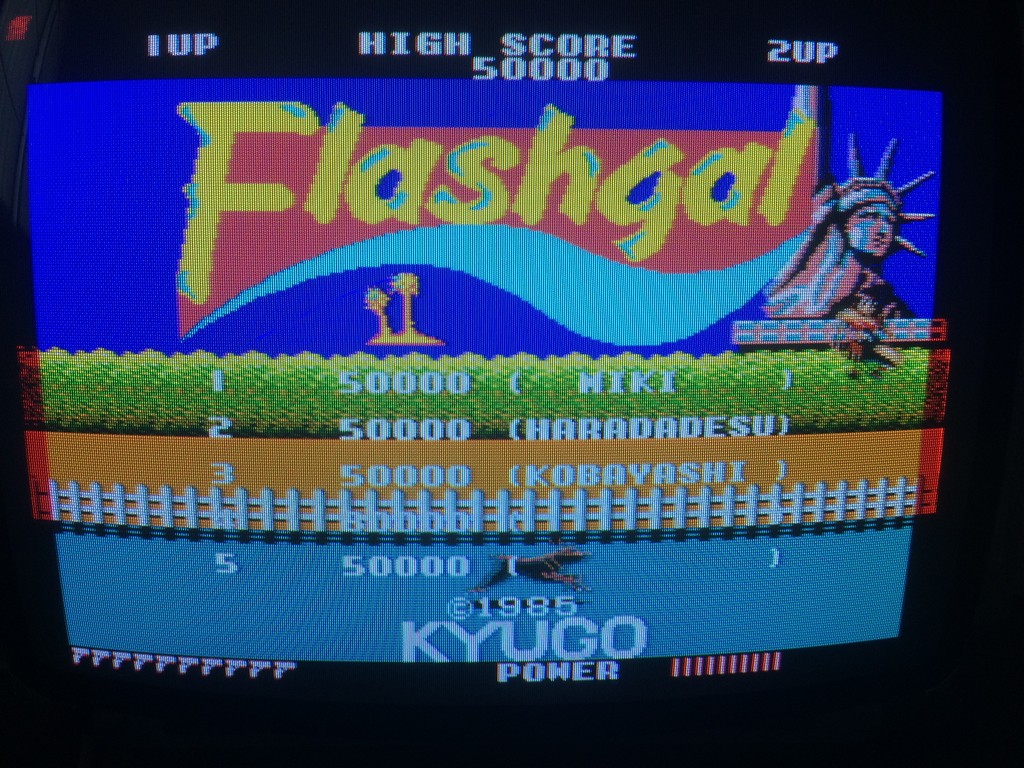 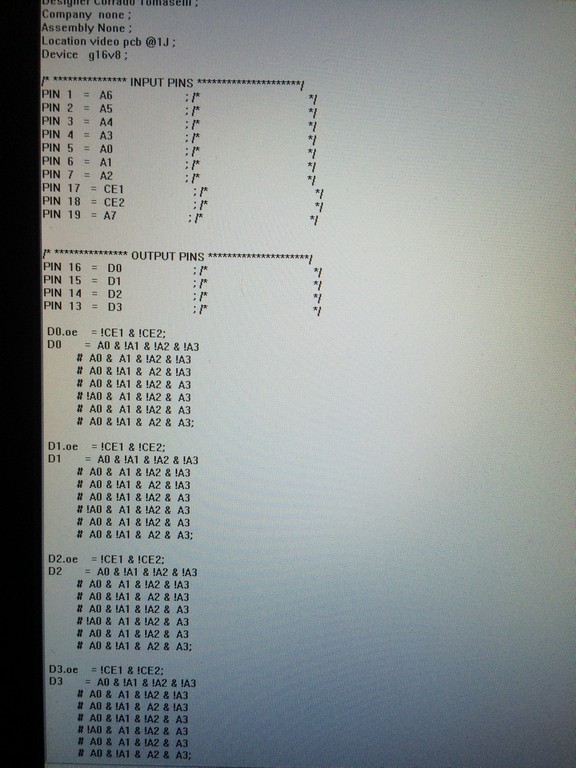 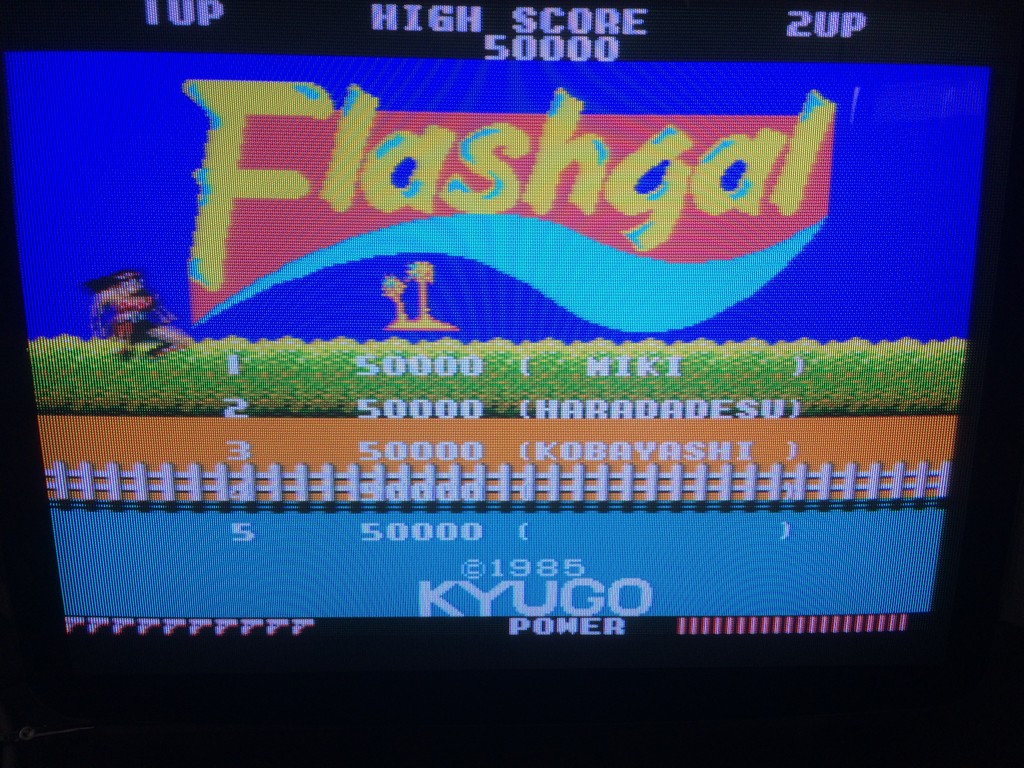