Another one of Ben’s boards.
Had the usual graphics issues you normally get associated with those four 2114 RAM’s only this time the RAM’s had already been replaced and all four were good. 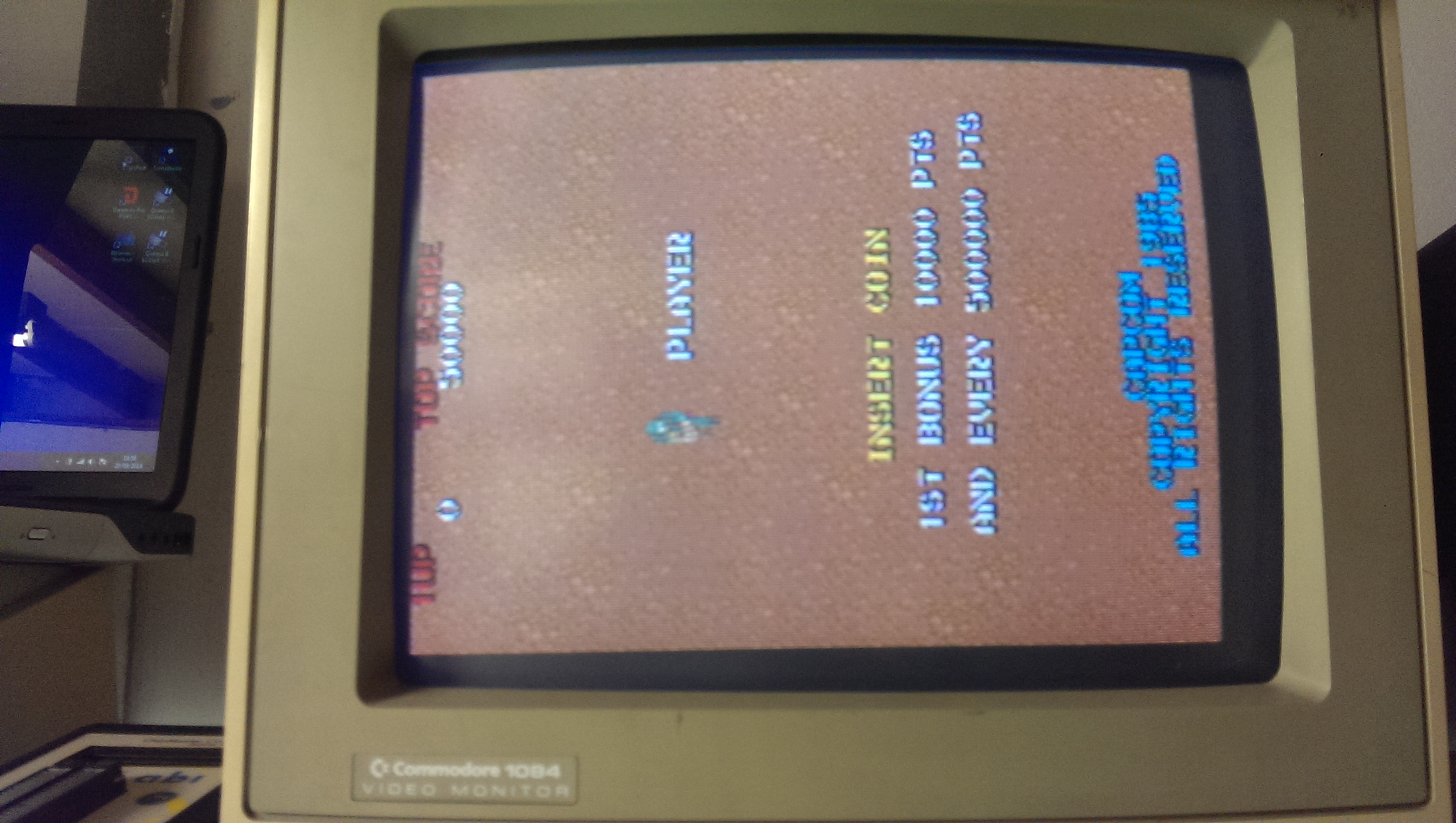 Following the inputs and outputs from these RAM chips I found some broken traces, probably a result of desoldering them originally.
Pin 1 of the RAM at location 3H was not connected to anything. I patched this and it fixed the solider sprite on the title screen but some in-game graphics were all messed up. 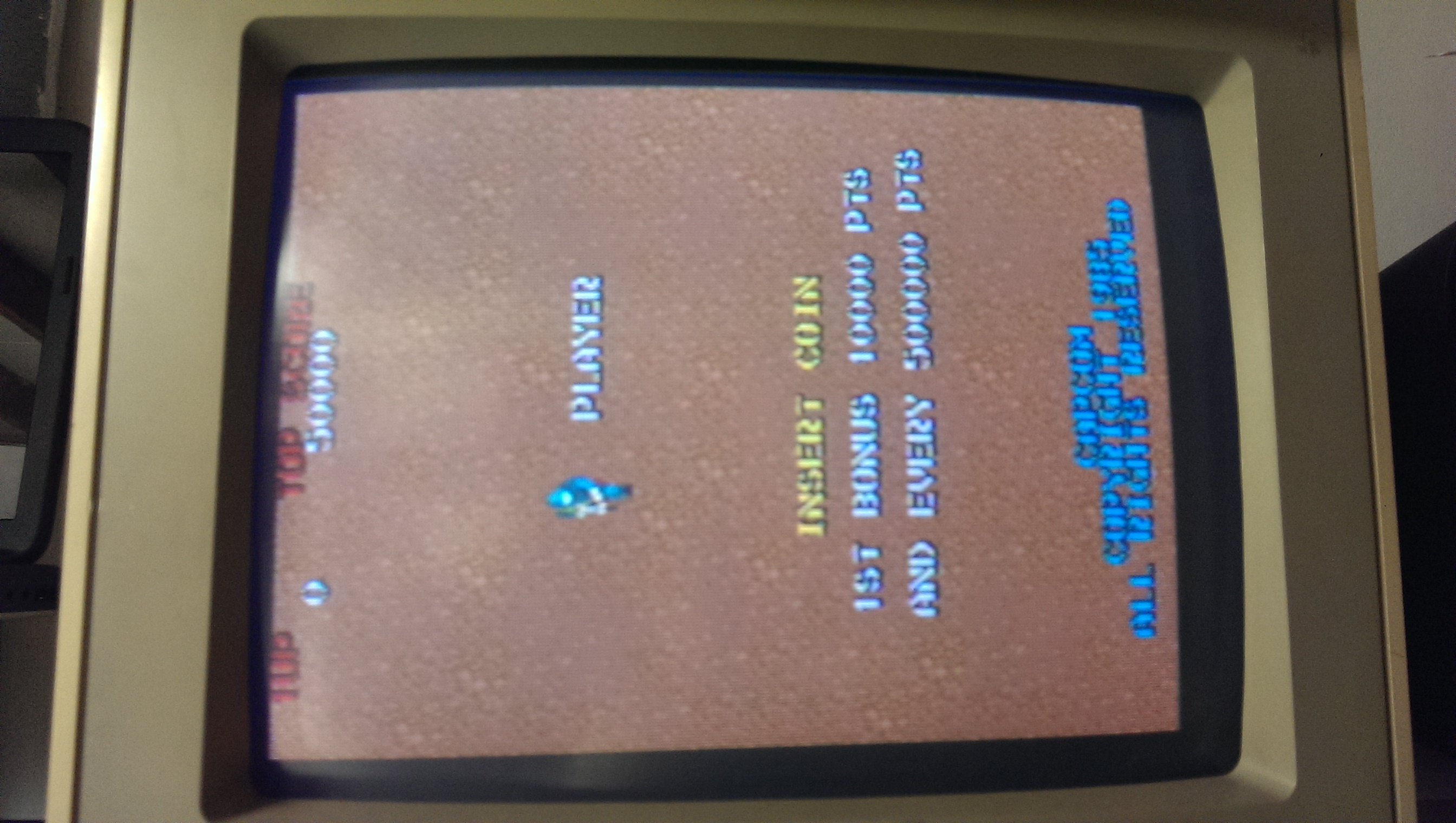 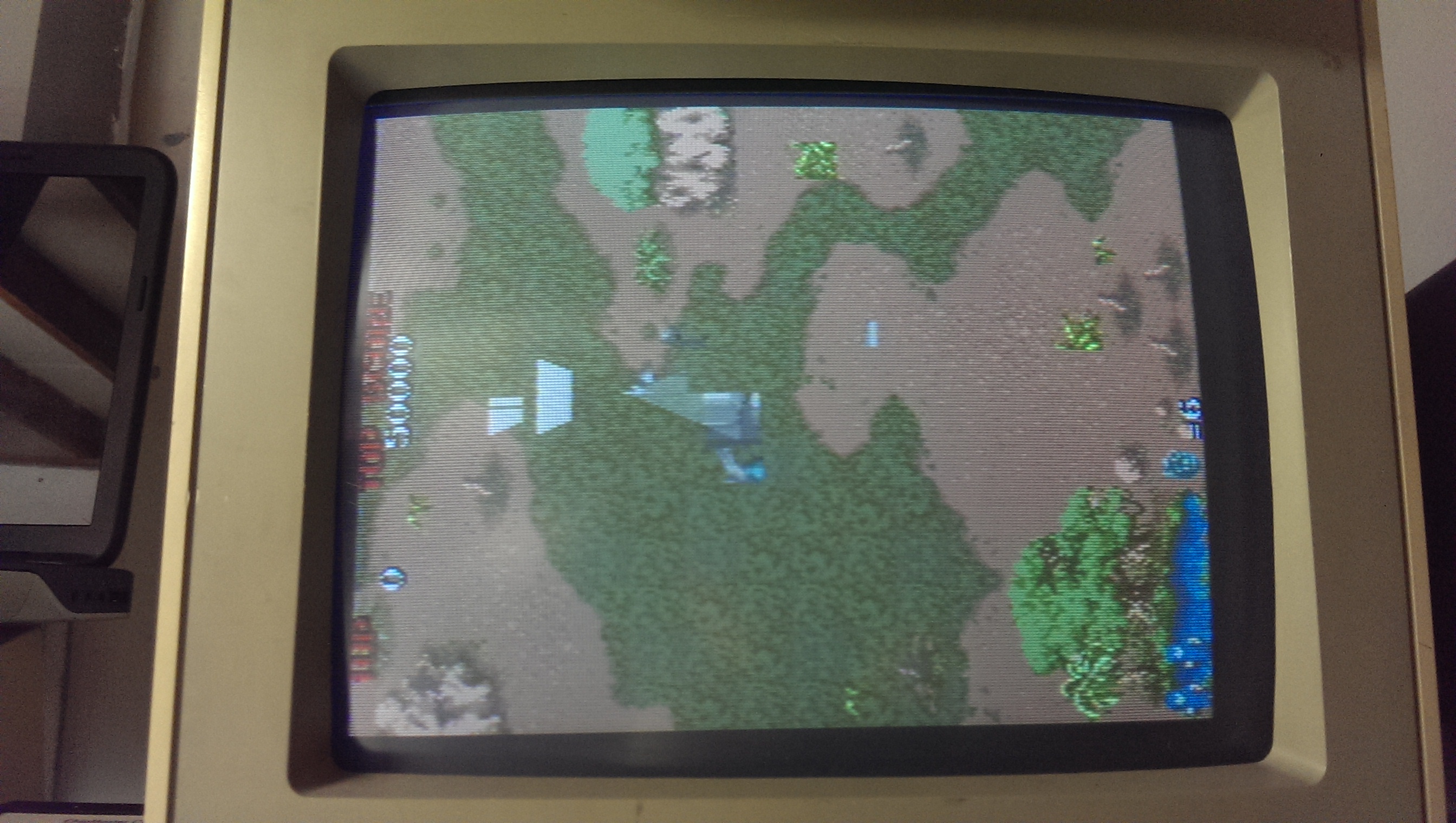 After confirming all other connections were good I noticed two other 2114 RAM chips that had been worked one and socketed so I checked those too.
Initially I found pins 3 and 4 of the RAM chip at 1B. Patching these gave me this result 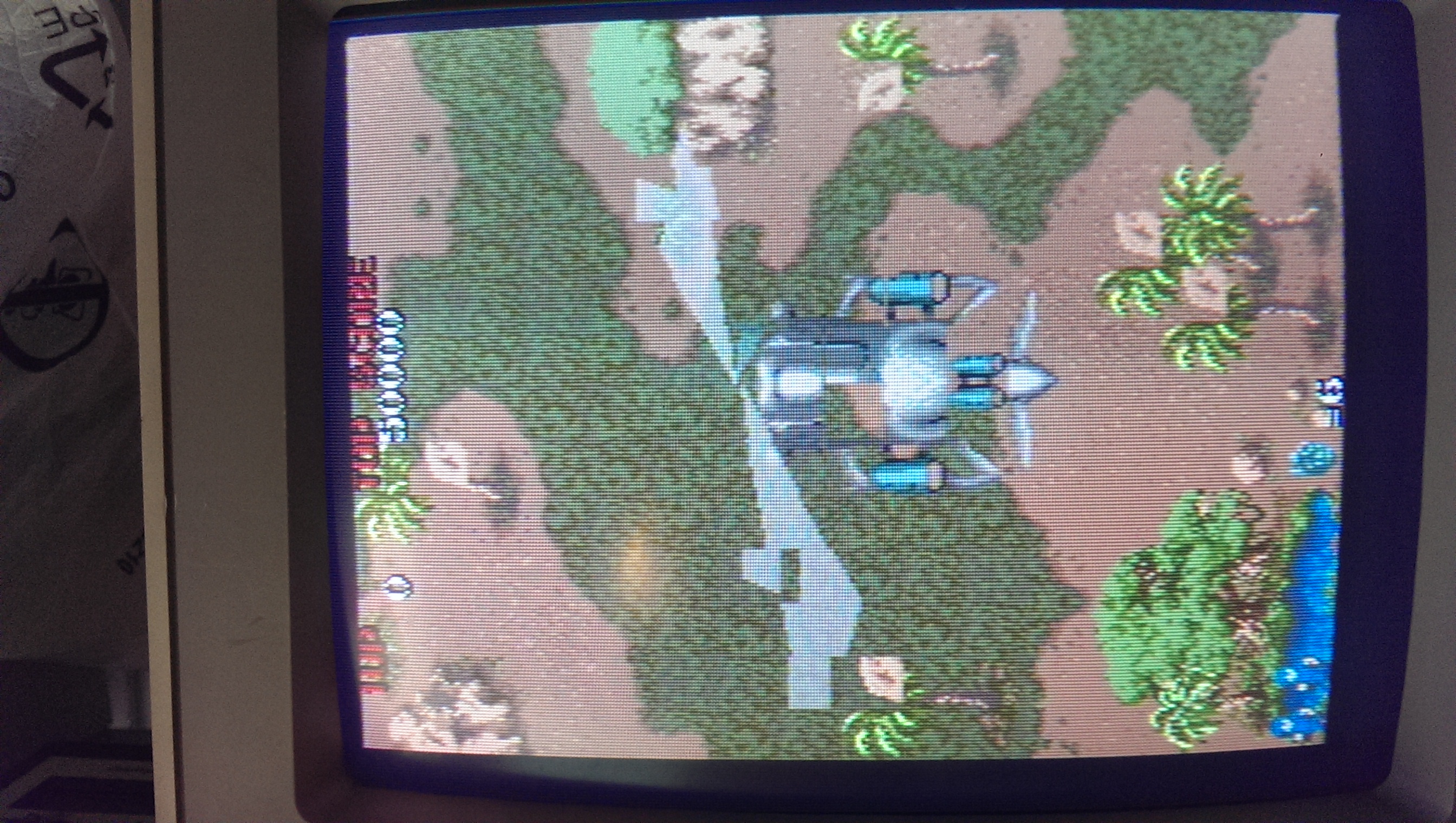 Getting there but not quite.
A little further inspecting these chips and I also found pin 15 of the same chip not connected to GND like it should be.
Patching this one gave me a perfectly working game. 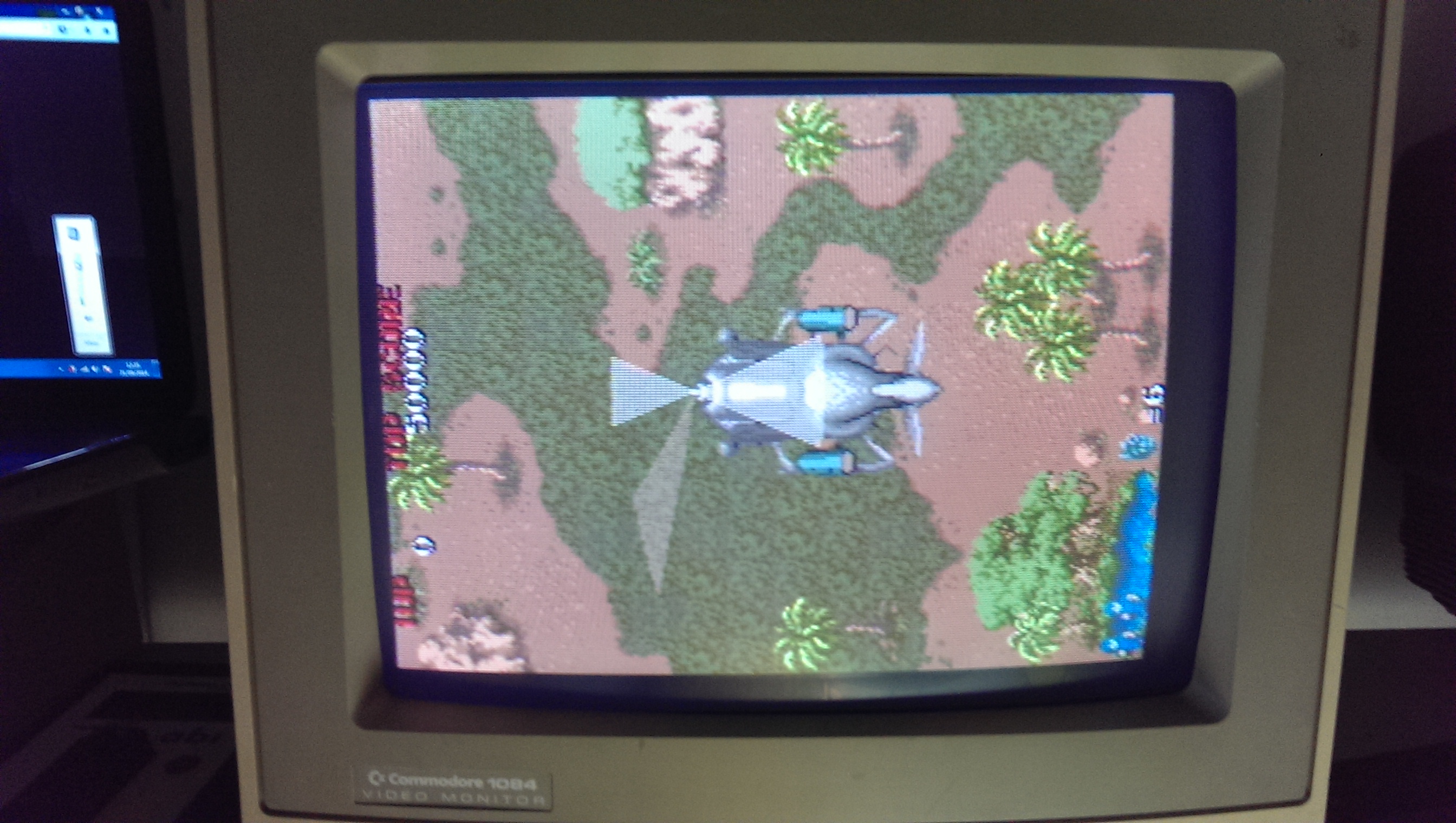 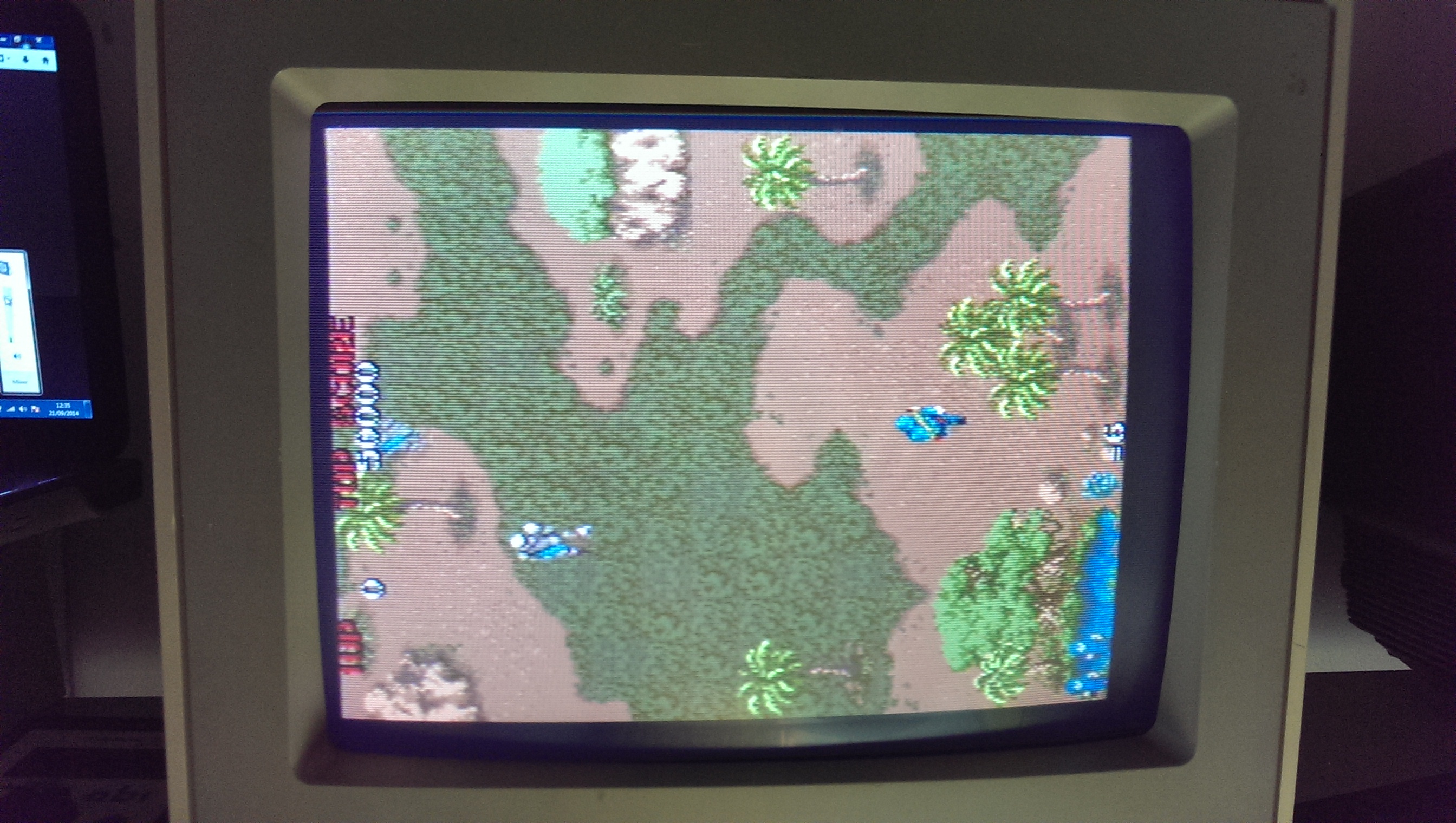