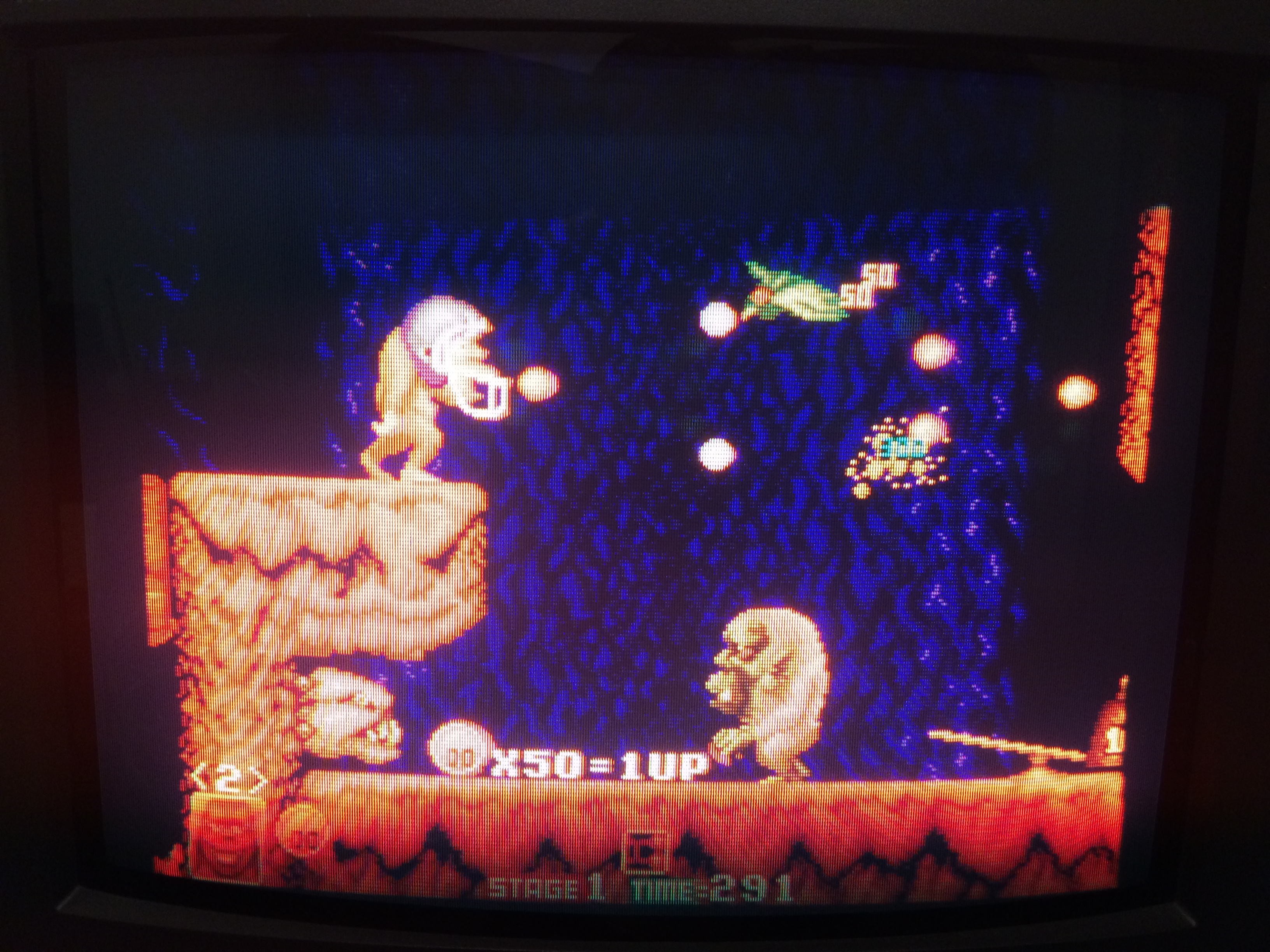 This game has a SEIBU custom named UEC51 which is used as a DAC to output the RGB colours on the monitor.

The input pins were good, but a couple of output pins were fixed, thus creating the images as they had less shades of colours. 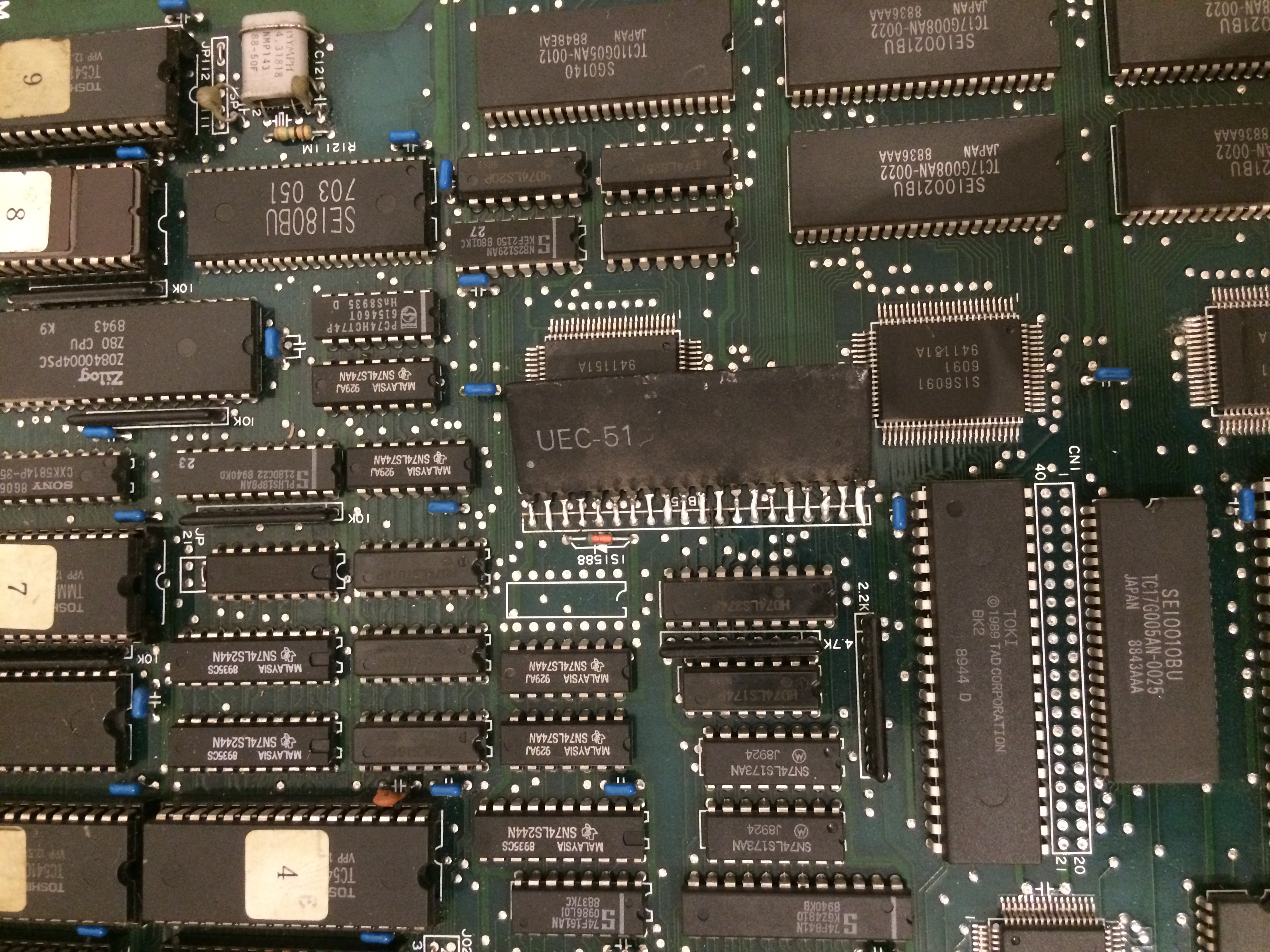 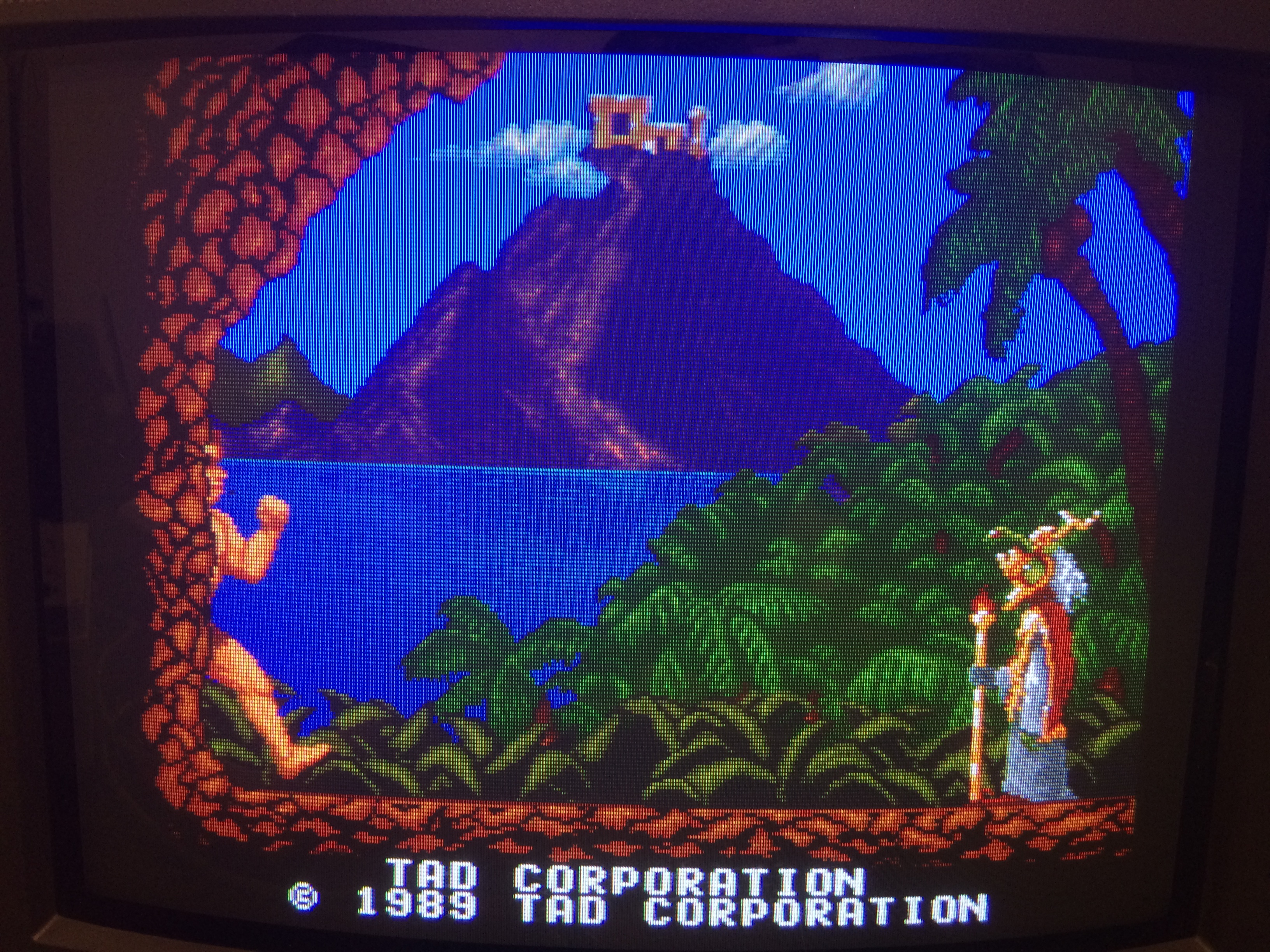