Had a look at a Taito New Zealand Story which was not booting for someone.

The PCB would not boot, would be greeted with a BANK RAM ERROR message, then the PCB would attempt to reboot every 5 seconds. 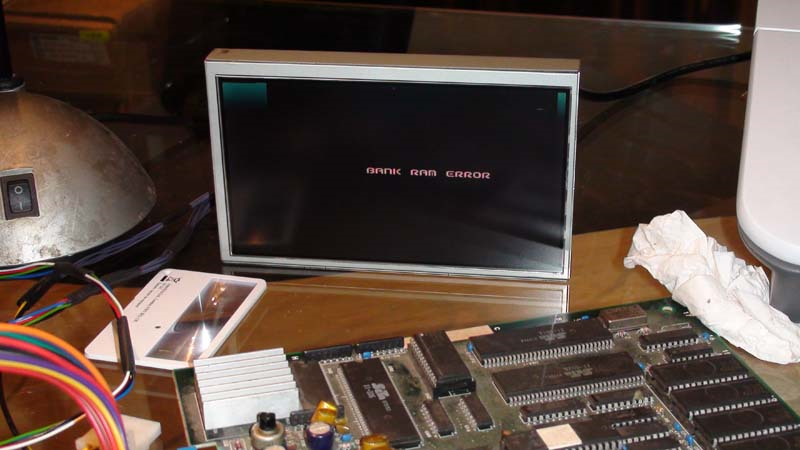 Had a look at this tiny PCB, and noticed it only housed two large RAMs, a 6264 and a 6256 (HM65256B). One must be for graphics and the other program code, I didn’t bother with schemes to check which was which. 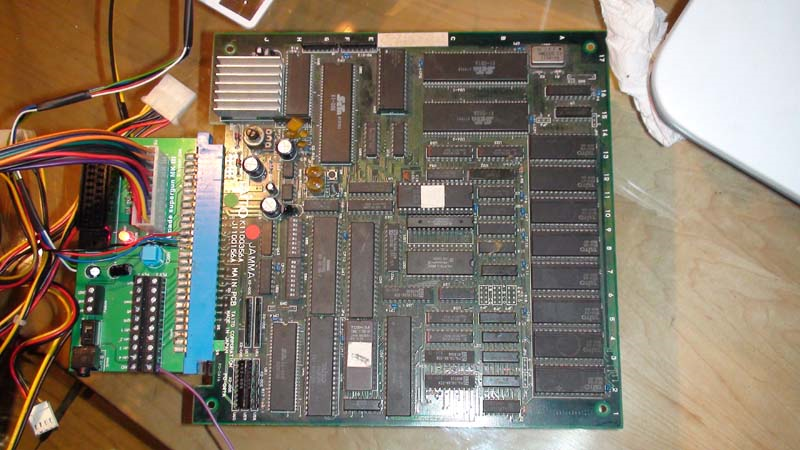 The BANK RAM ERROR message meant either a RAM buffer had failed, or one of the RAMs, given that the PCB used a single large RAM instead of several smaller ones, so the message could apply to a single RAM in this case.

Checked the buffers, they checked out good. Then checked the 6256 RAM at location U31 first, good guess as I found one of the data lines was floating using a logic probe. 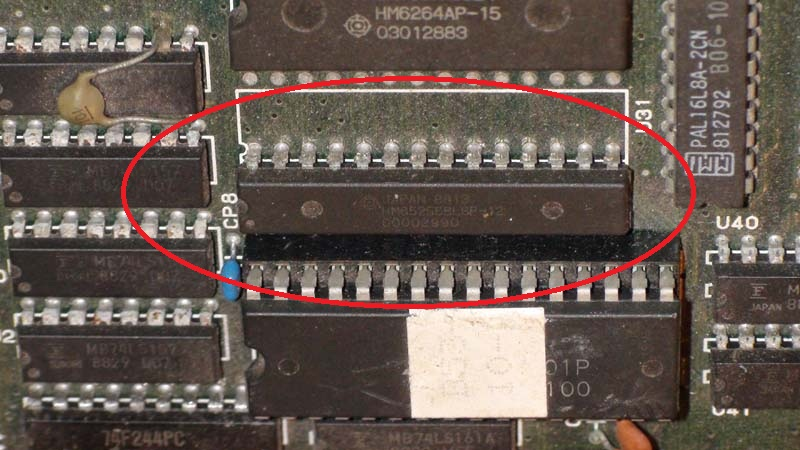 Desoldered it, socketed the PCB and inserted a new RAM. 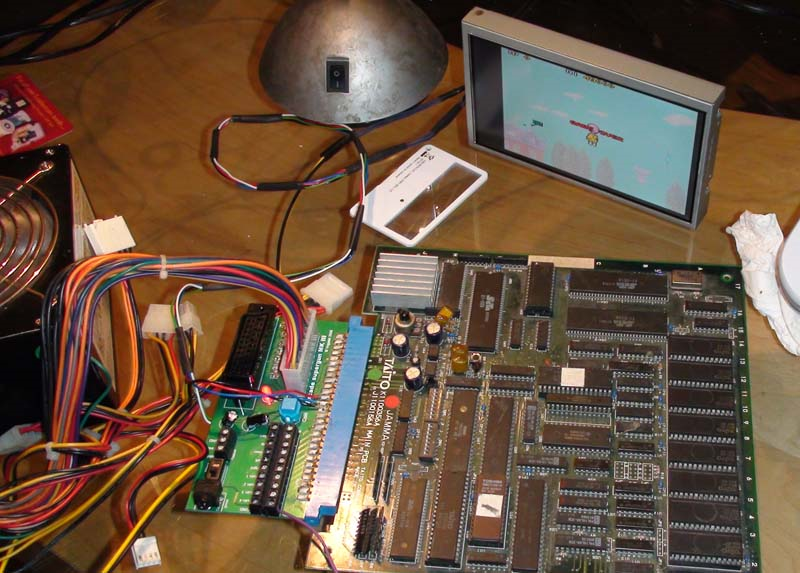