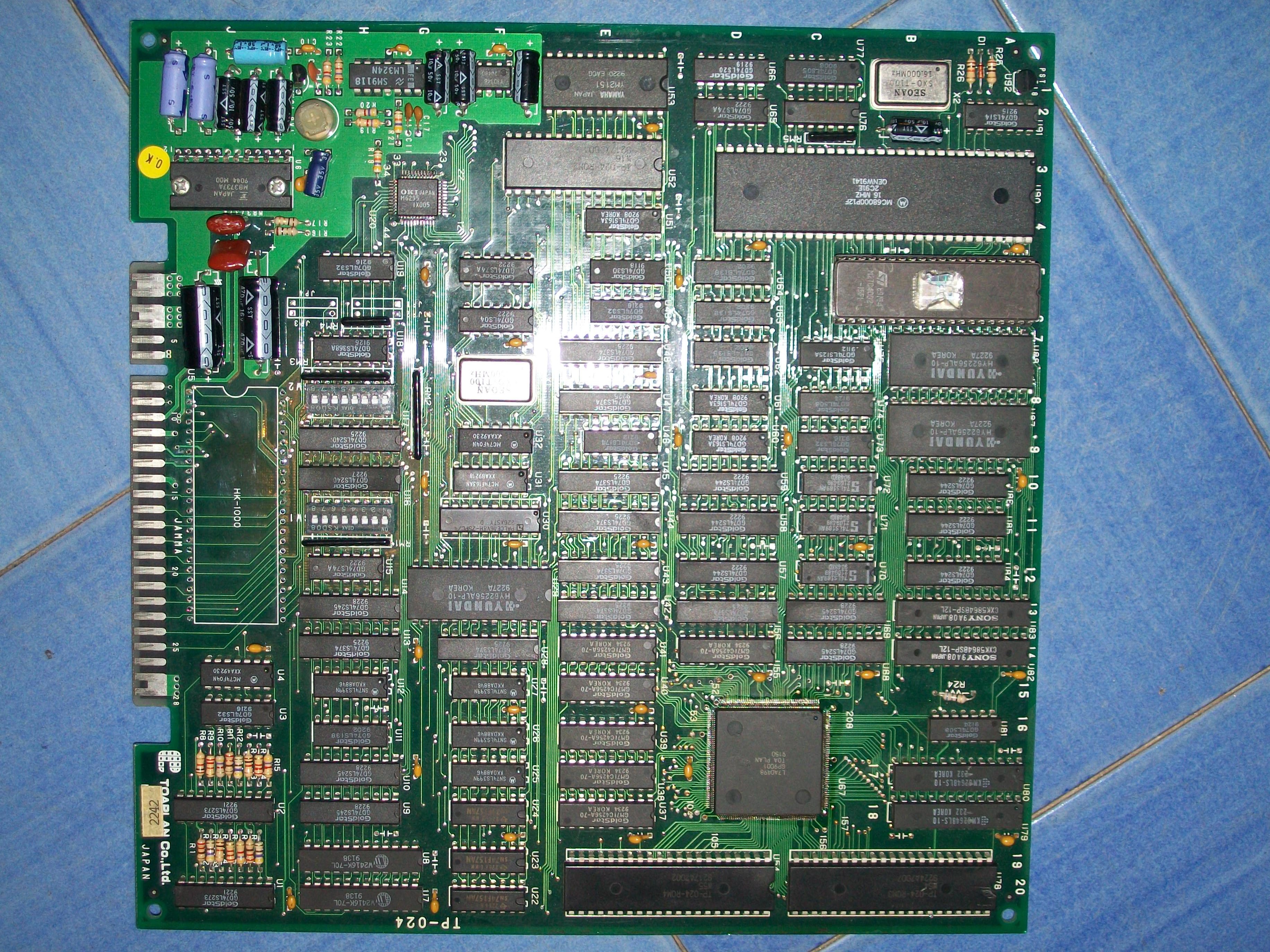 As you can see from the above picture, the custom ‘HK-1000’ (used for inputs) in front of JAMMA edge was missing but this was not the main problem, board won’t sync up: 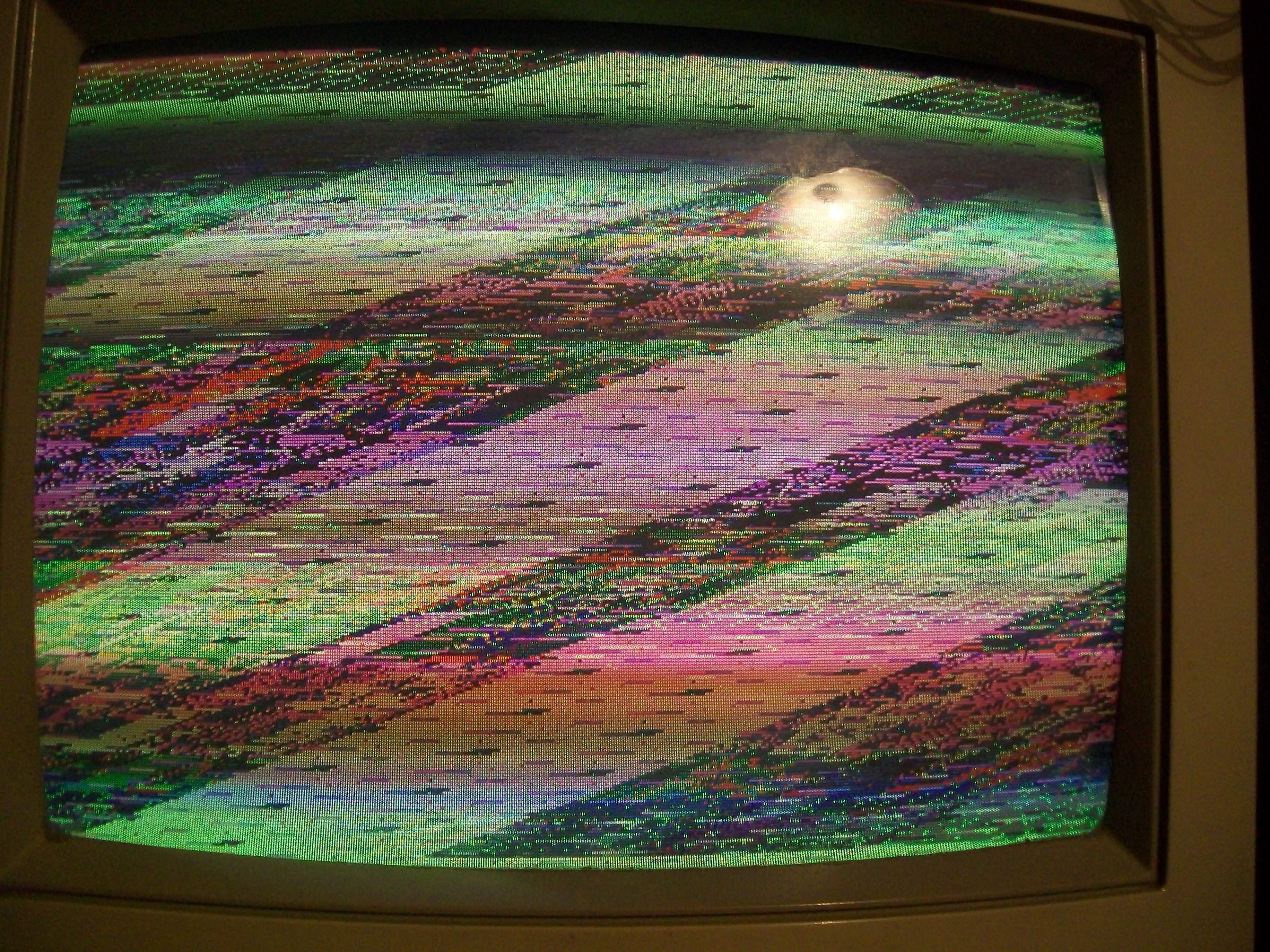 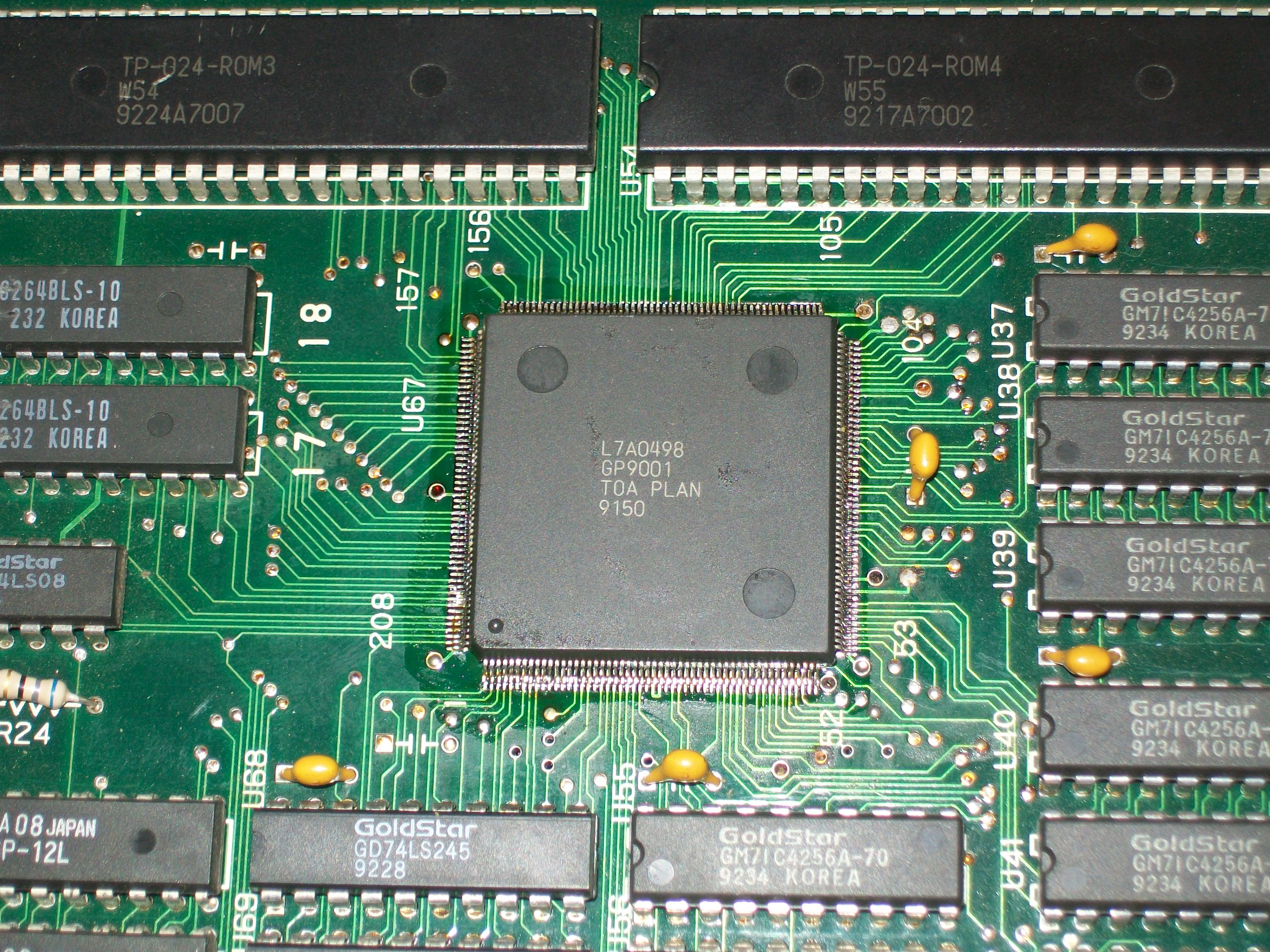 You can find its pinout on page 32 of the Knuckle Bash schematics:

The IC was previously reworked by someone in a bad way, many pins were bridged together, flux residuals were not cleaned.So I decided to remove it :

and solder it again:

Happy with the result I powered up the board again and I was greeted but this static garbage screen: 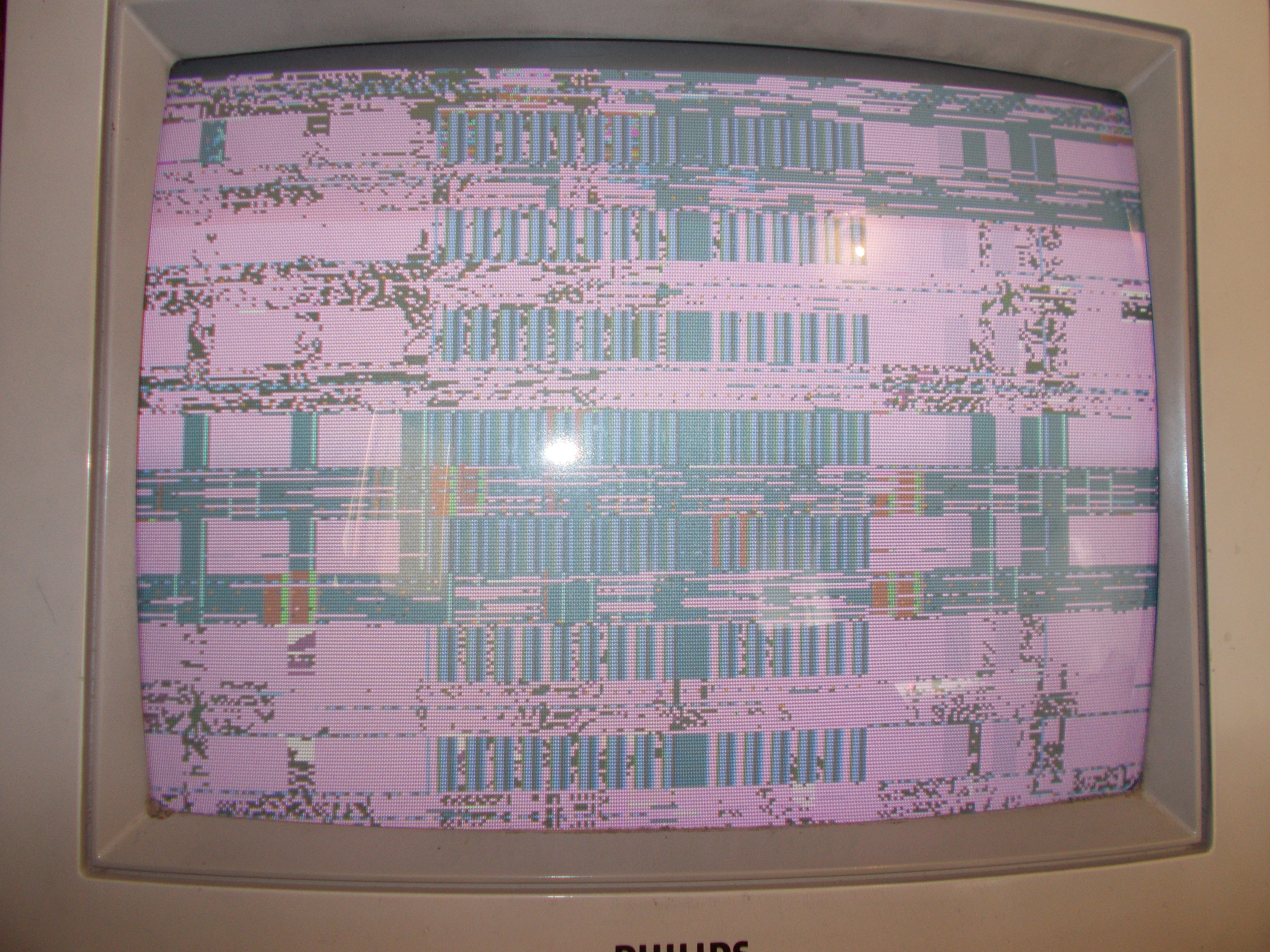 Probing the main 68000 CPU revealed no activity on data bus.Doing a visual inspection of PCB I found a couple of severed traces on solderside just around the CPU area: 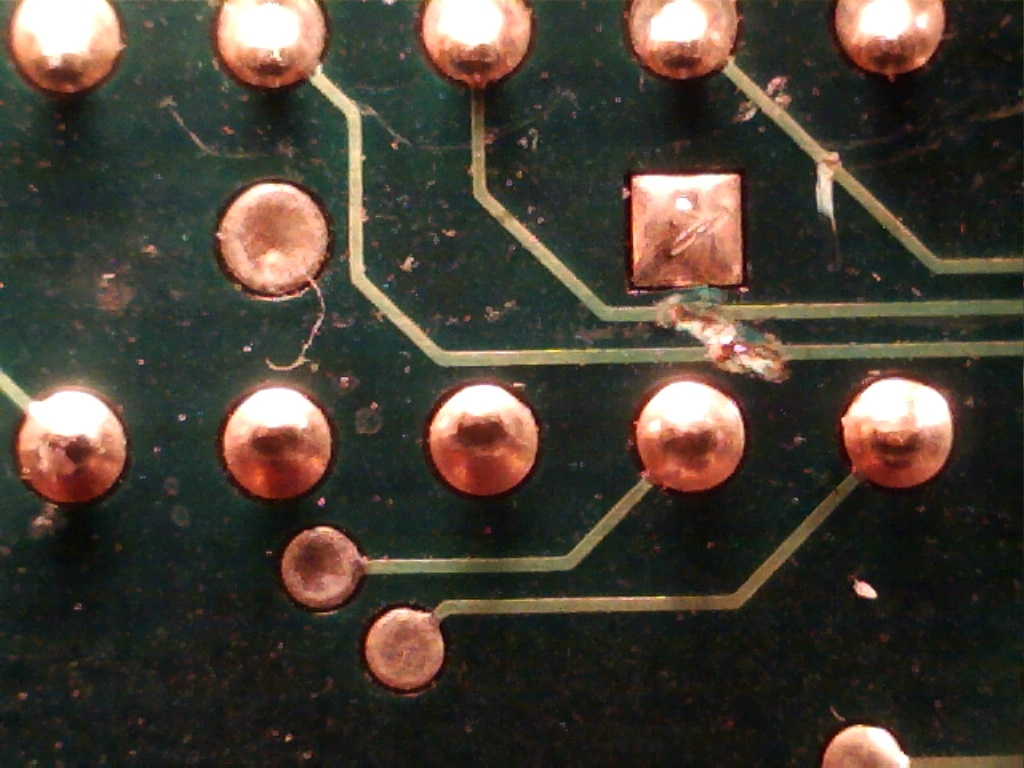 Patching them allowed the board to boot but, obviously, due the lack of the ‘HK-1000’, the game was stuck on a ‘TILT’ error message: 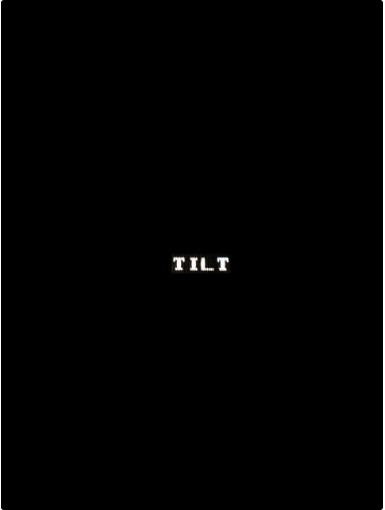 Input check in TEST mode reported ON most of them  : 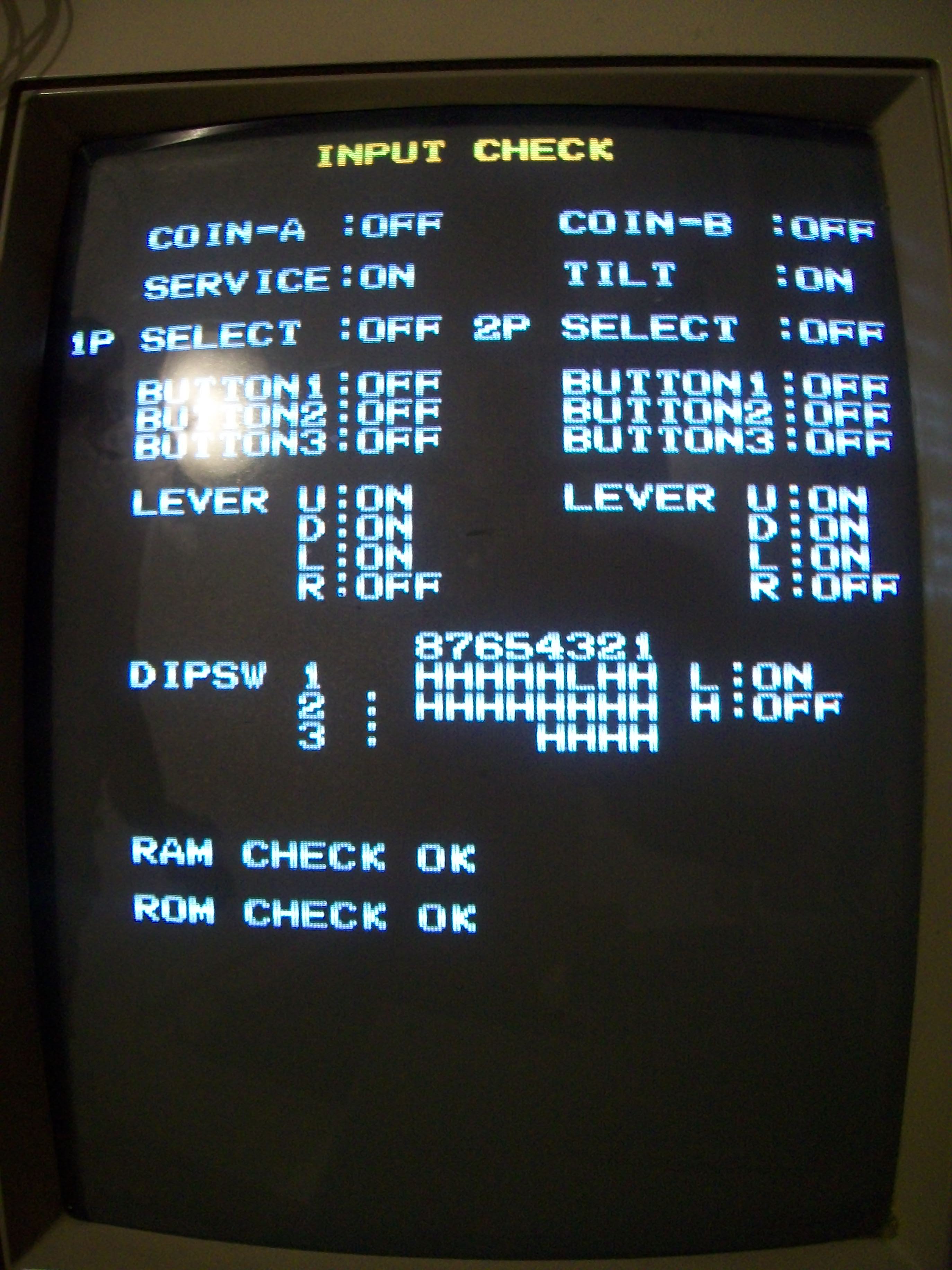 Now some words on the ‘HK-1000’.As said, this custom handles all inputs and it’s has been adopted in later Toaplan PCBs.There are two revisions of it, the early one has a ceramic package and due this nature it’s very prone to damage and failure.This revision is used on Truxton II/Tatsujin Oh and FixEight: 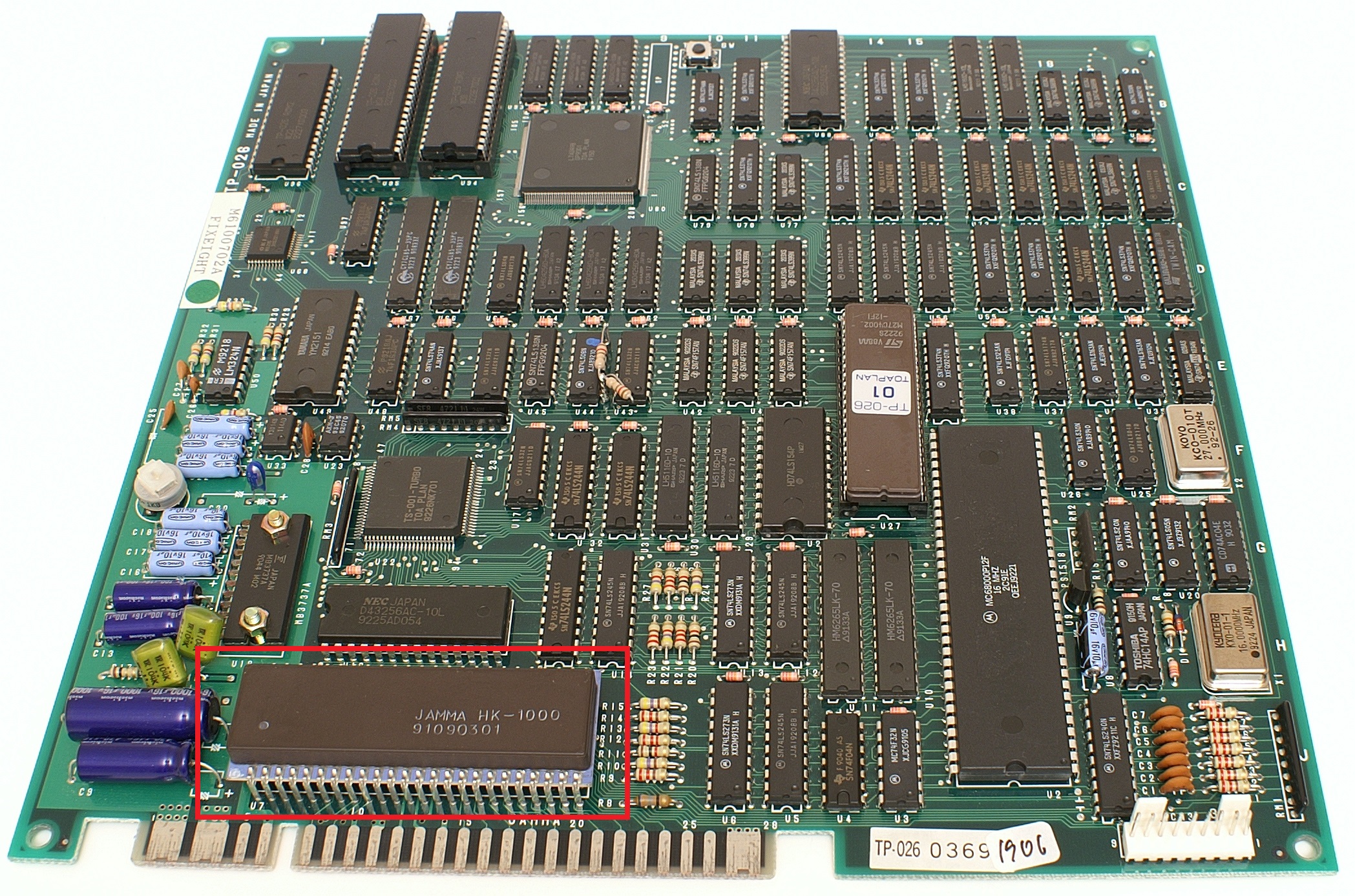 The newer revision is more robust and it’s used on Ghox, Pipi & Bibis: 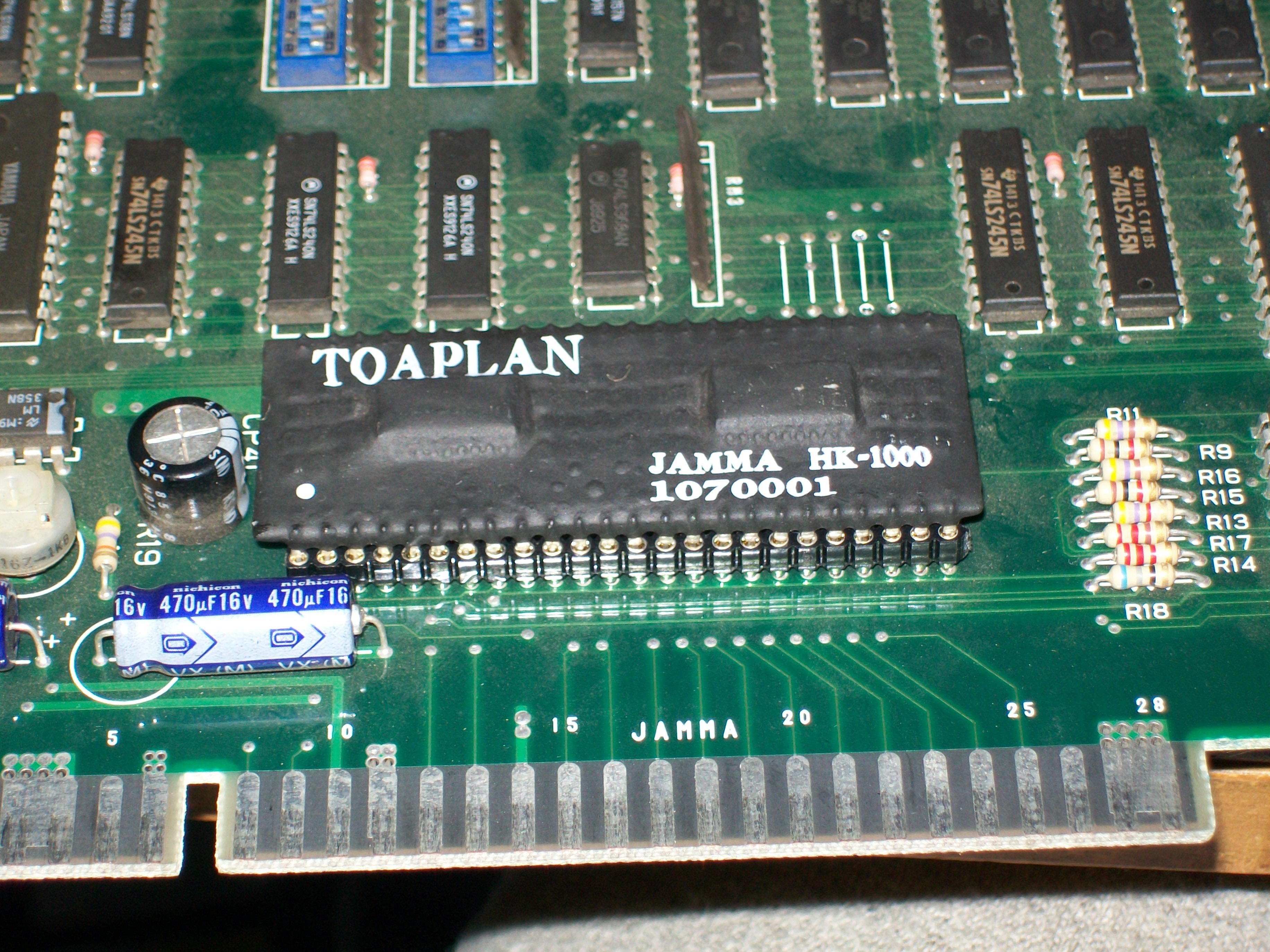 Back to repair, from available info it seems the functions of this custom can be reproduced using a couple of 74LS240  (actually the custom handles also the coin counters and lockout but we can omit it), this is not a suprise for me since a lot of previous Toaplan boards use same design with these TTLs (see for example Truxton, Wardner, Hellfire and other).Doing some tests with a single 74LS240 I was able to successfully map some inputs turning off the TILT error 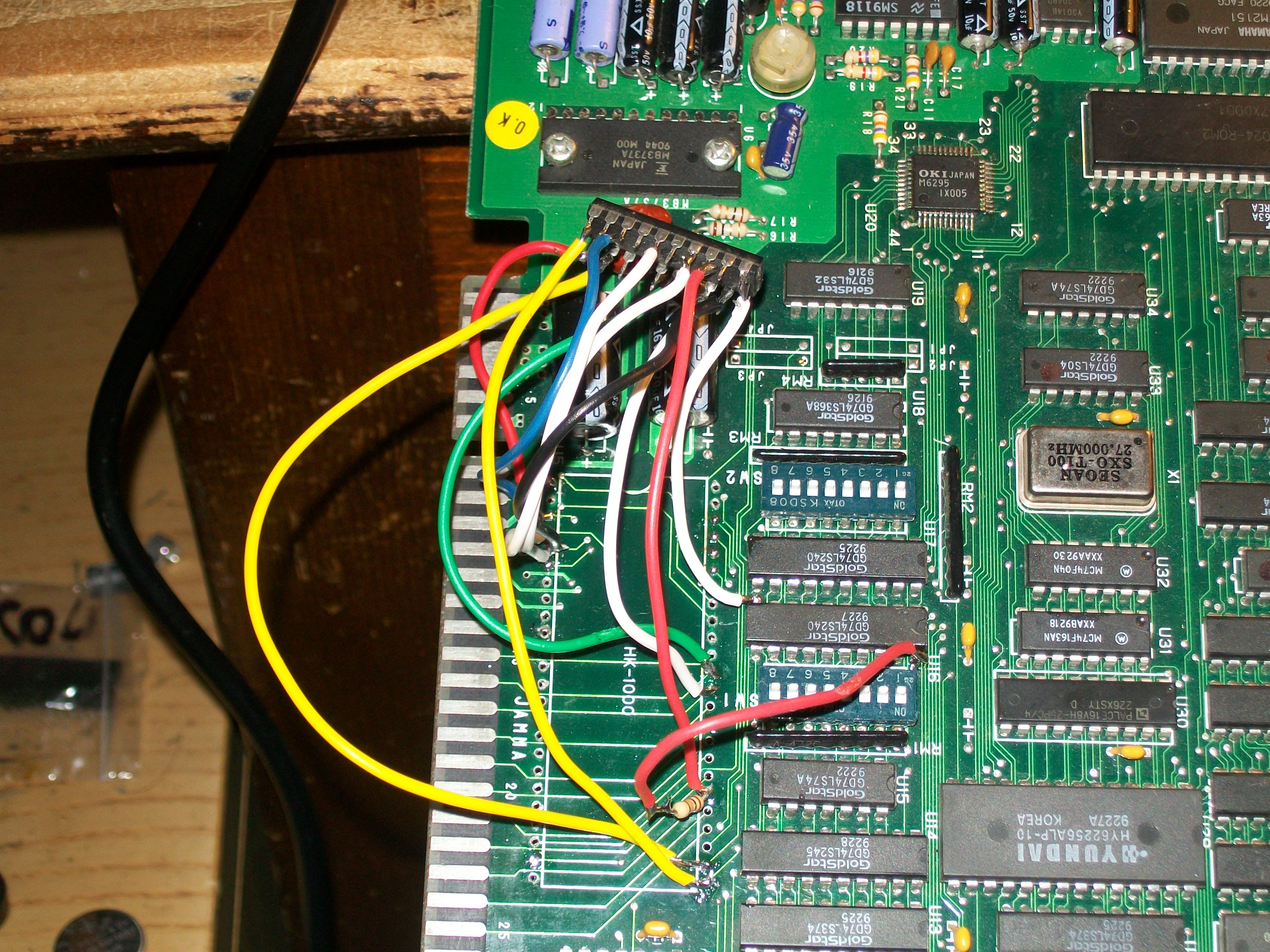 This allowed me to enter in game :

Later, owner of the board installed the missing HK-1000 and confirmed the board was perfectly working after my repair:

I’m currently drawing schematics for the replacement of the HK-1000 and I will post here my results.Stay tuned.