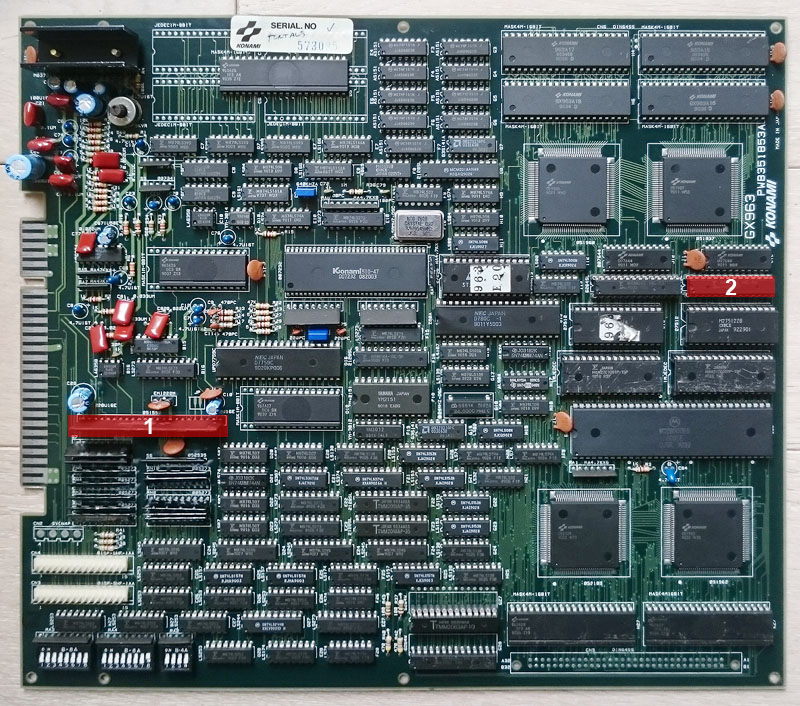 1) It was stuck on a white screen on boot.

After looking for a suspect chip, piggybacking, etc… with no luck, I finally found out that the reset signal was going to high level too quick to let enough time to the 68000 for proper initializing.

Thanks to the schematics, I could see that the reset was generated by a custom Konami chip labeled 051550 located at B19. Like many boards of that era, a capacitor is used to create a temporization when you power up the board and let the 68000 initialize after everything else is ready.

The capacitor takes one or two seconds to fully charges then the chip responsible for generating the reset switches to high level. You can see when powering up the board and looking at the signal on the + pin of the cap with a scope the voltage slowly raising before stabilizing. Here, the ceramic capacitor located just below the 051550 chip didn’t seem to charge slowly and got suddenly to high level when powered up. The cap was a bit hidden under the 051550 chip that was bended over it so I softly pushed it and it went like that: 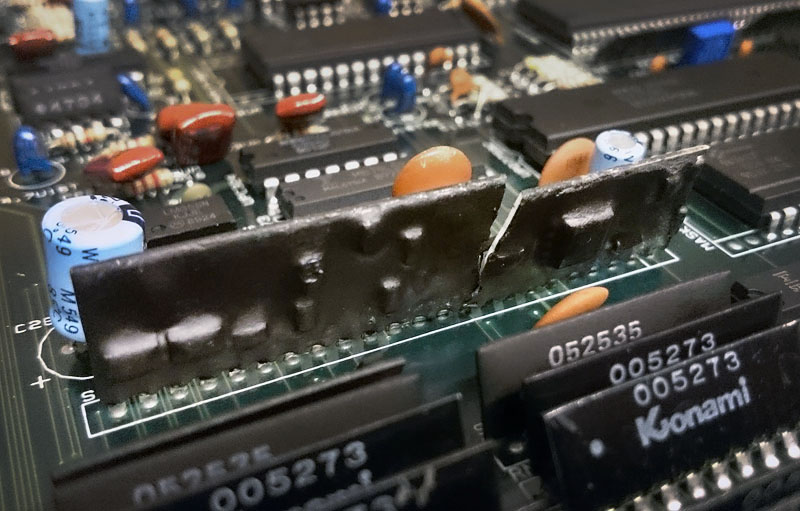 This chip is a small ceramic board populated with SMC chips recovered by a black material. It was cracked but that was almost unnoticeable before pushing on it. It is used on many Konami boards of that era and luckily I could find a good one on a spare board. Here is a closer look at both desoldered: 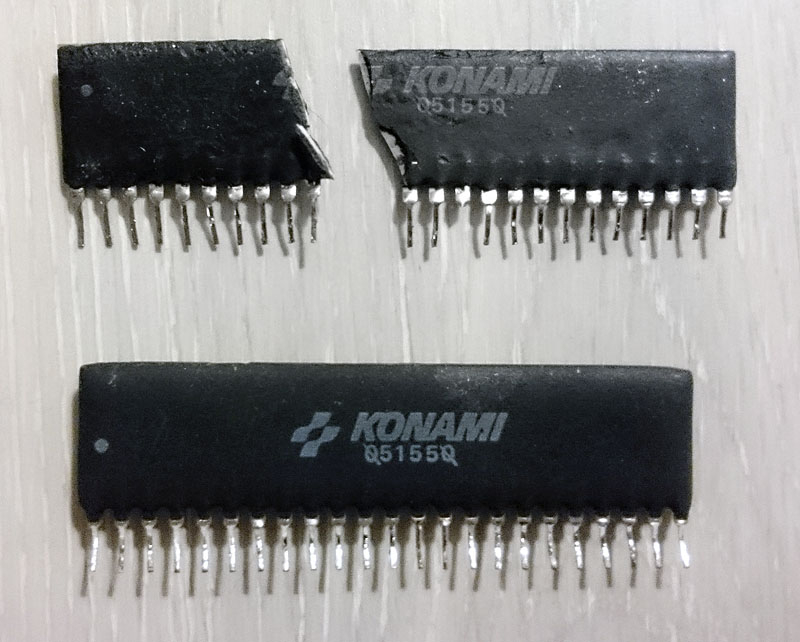 After replacing the chip, it booted, got the RAM/ROM test with everything OK: 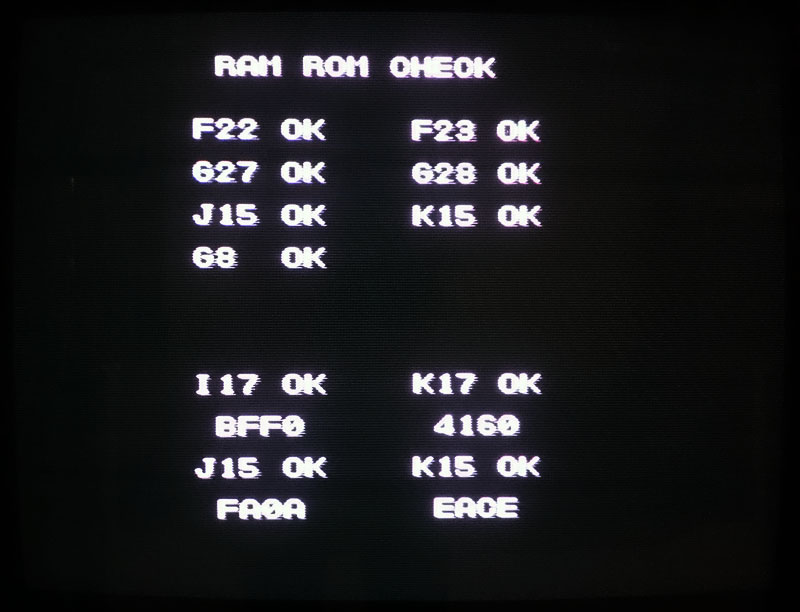 Then the white pattern: 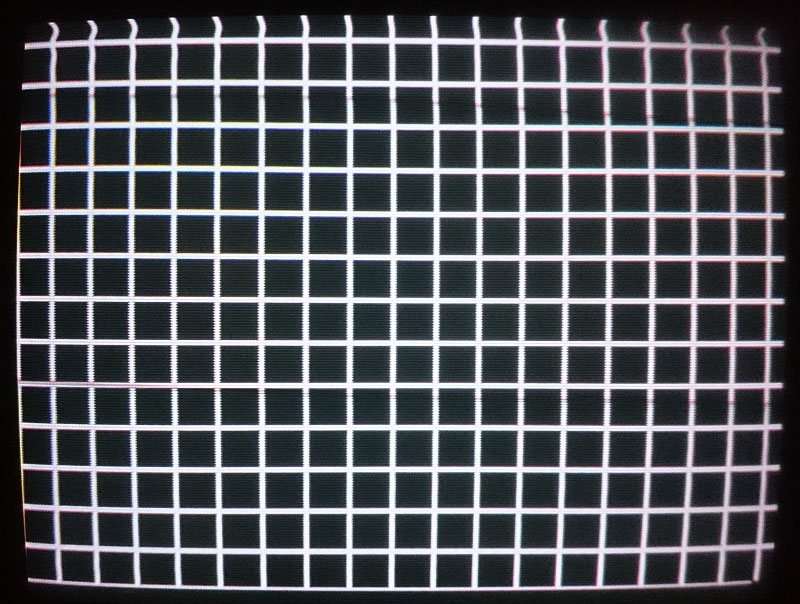 Then it rebooted and repeated that again and again…

2) I inspected the signals near the CPU part, RAMs, TTLs, but everything looked fine… Retried piggybacking the RAMs with no changes…

Sometimes it may happen that a minor error in the data or address lines cannot be clearly visible with the scope so I desoldered the two CPU RAMs, a pair of Fujitsu MB8464 (64kb) at J13 and L13 and tested them on my programmer. And the one at L13 didn’t pass the test: 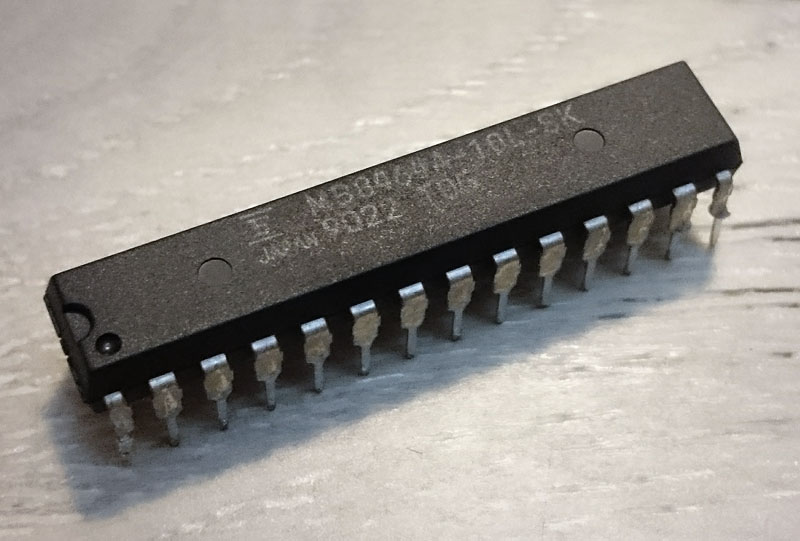 I replaced it with a new one and the game launched. Everything else works perfectly. 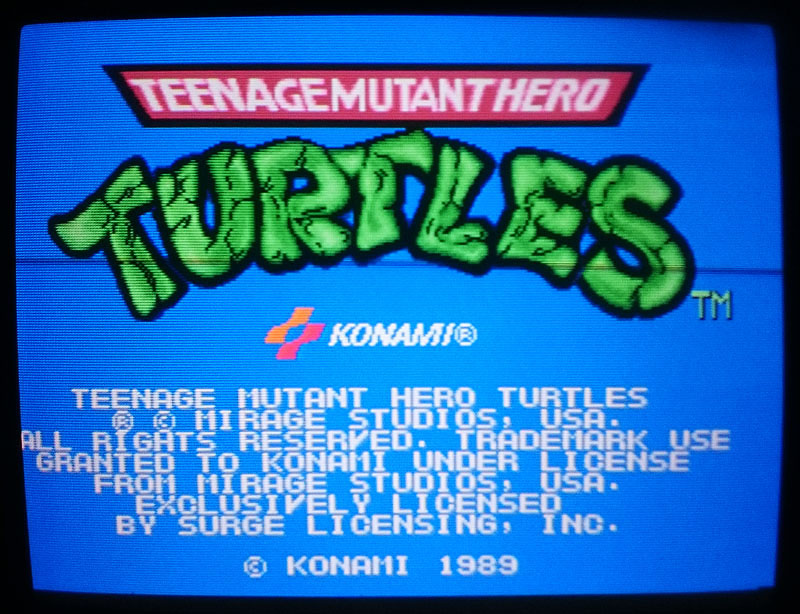