Got in a trade this untested Teenage Mutant Hero Turtles  PCB: 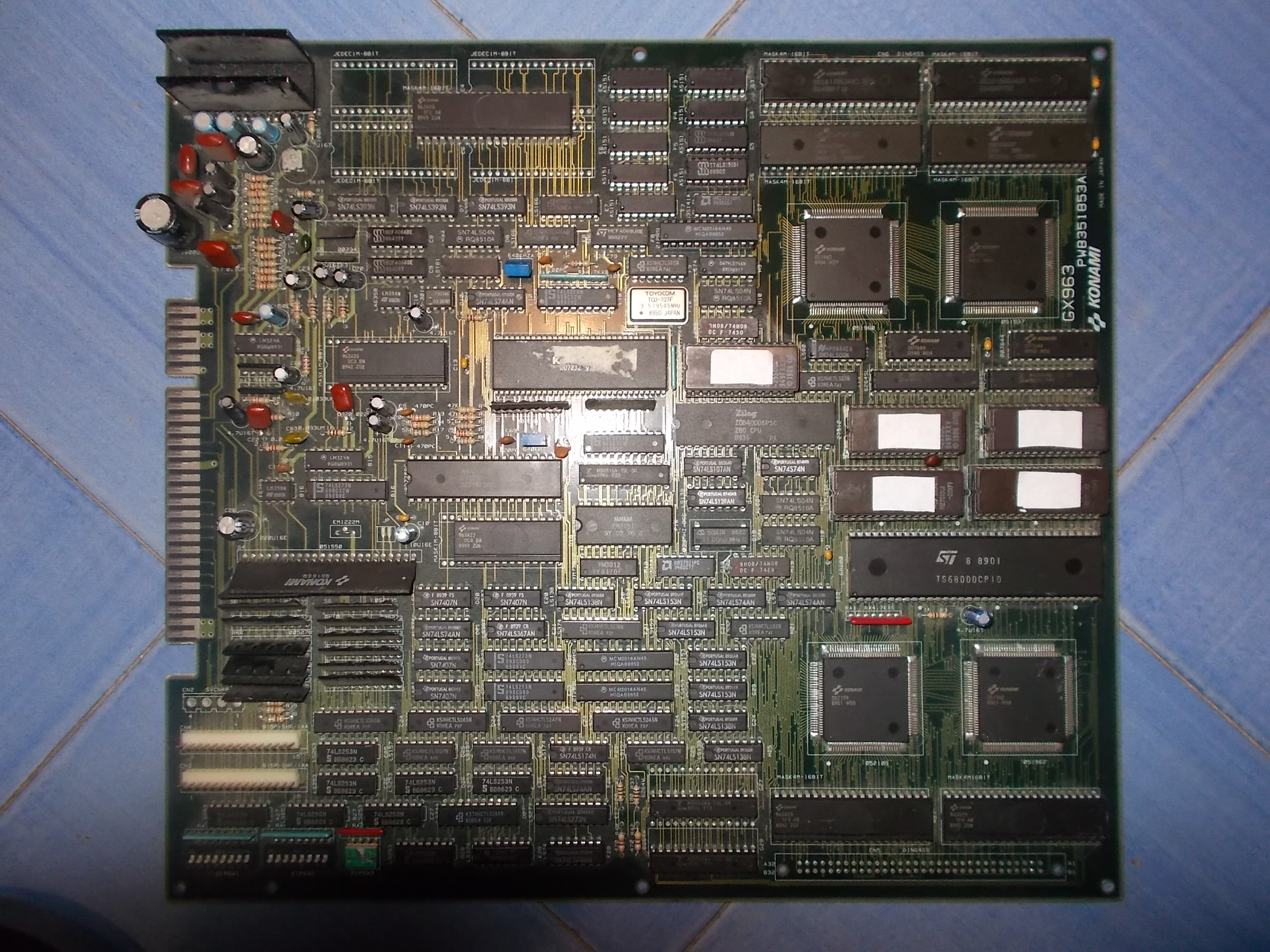 At first test the board turned out to be faulty.Sprites were scrambled and some sound samples scratchy: 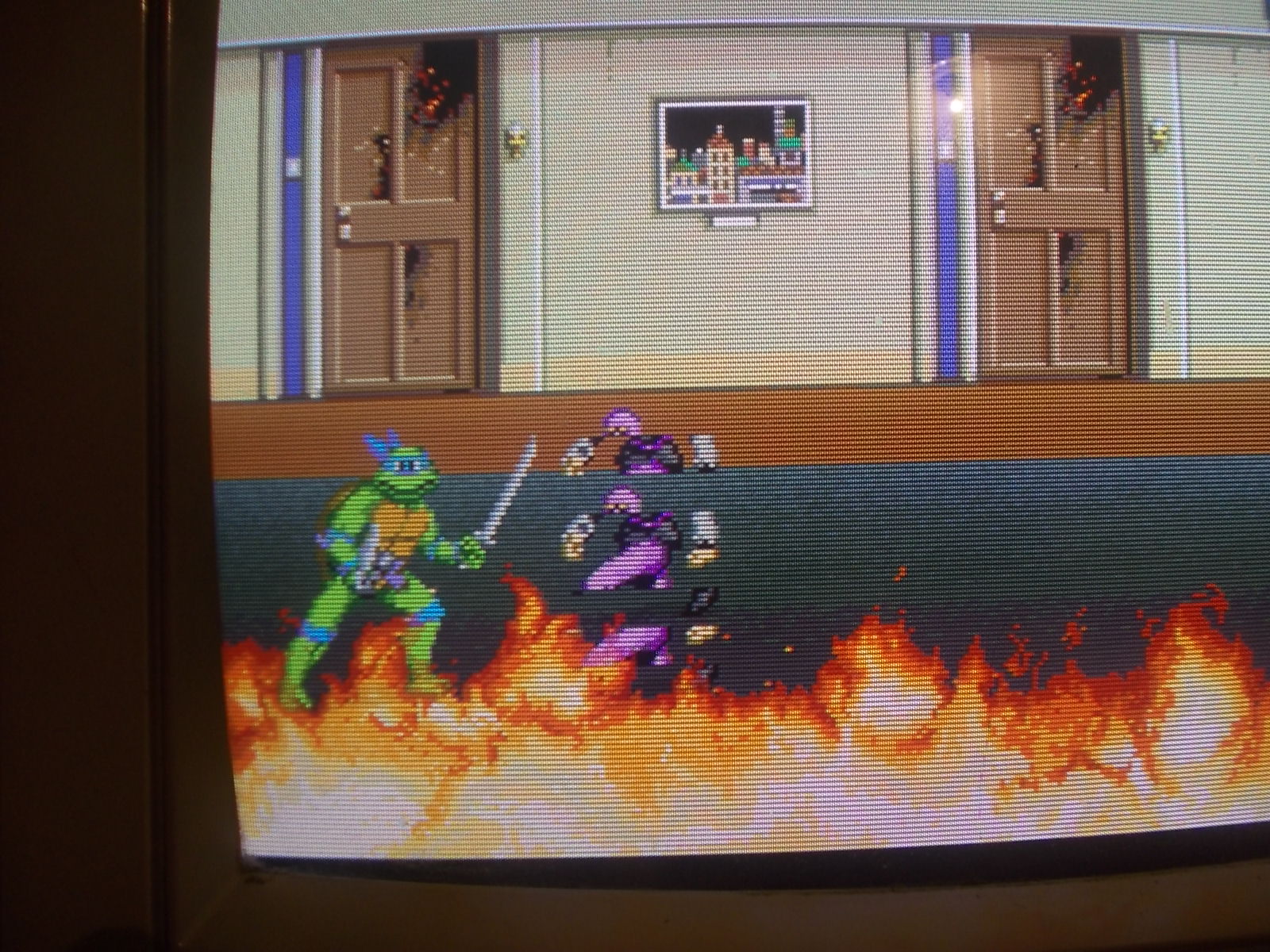 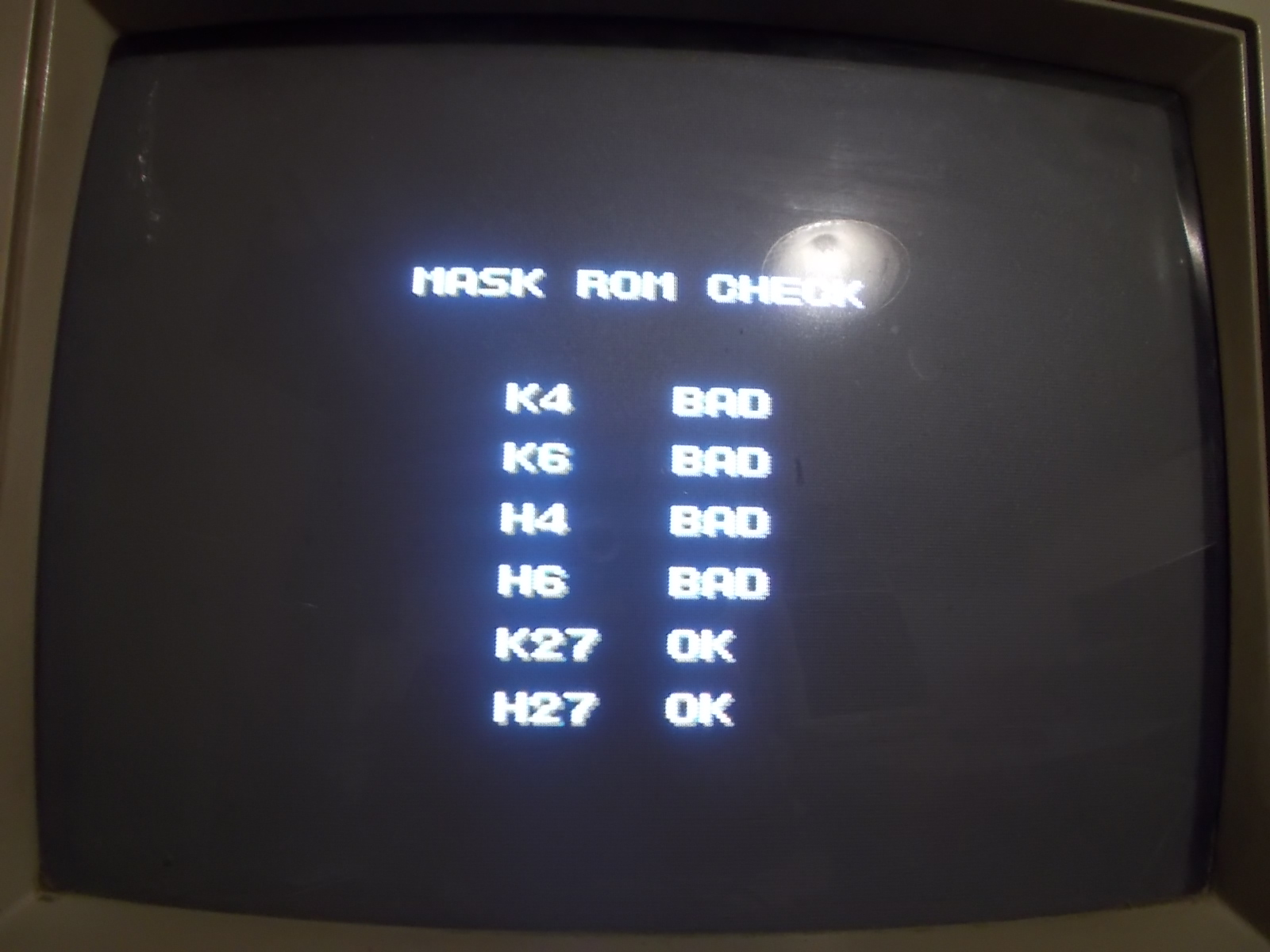 Obviously the result didn’t mean the MASK ROMs were all bad, this was quite unlikely but for sure there was a problem in the sprites generation circuit.

Most of the circuit is condensed in two ASICs, the ‘051960’ which generates the address for the MASK ROMs and the ‘051937’ which reads their data: 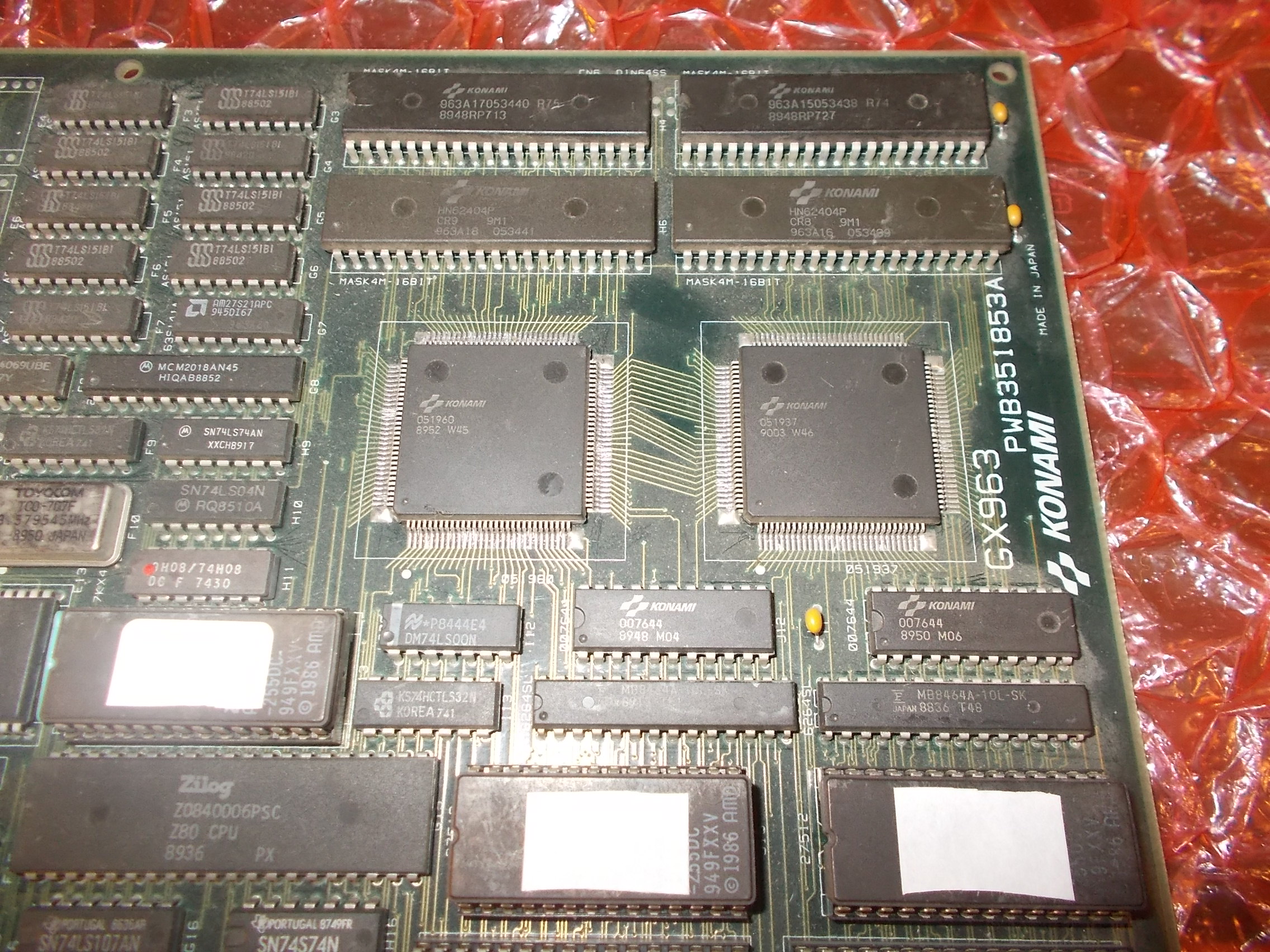 Judging from type of fault, the ‘051960’ was generating wrong address, you can see its implementation in this snippet of schematics : 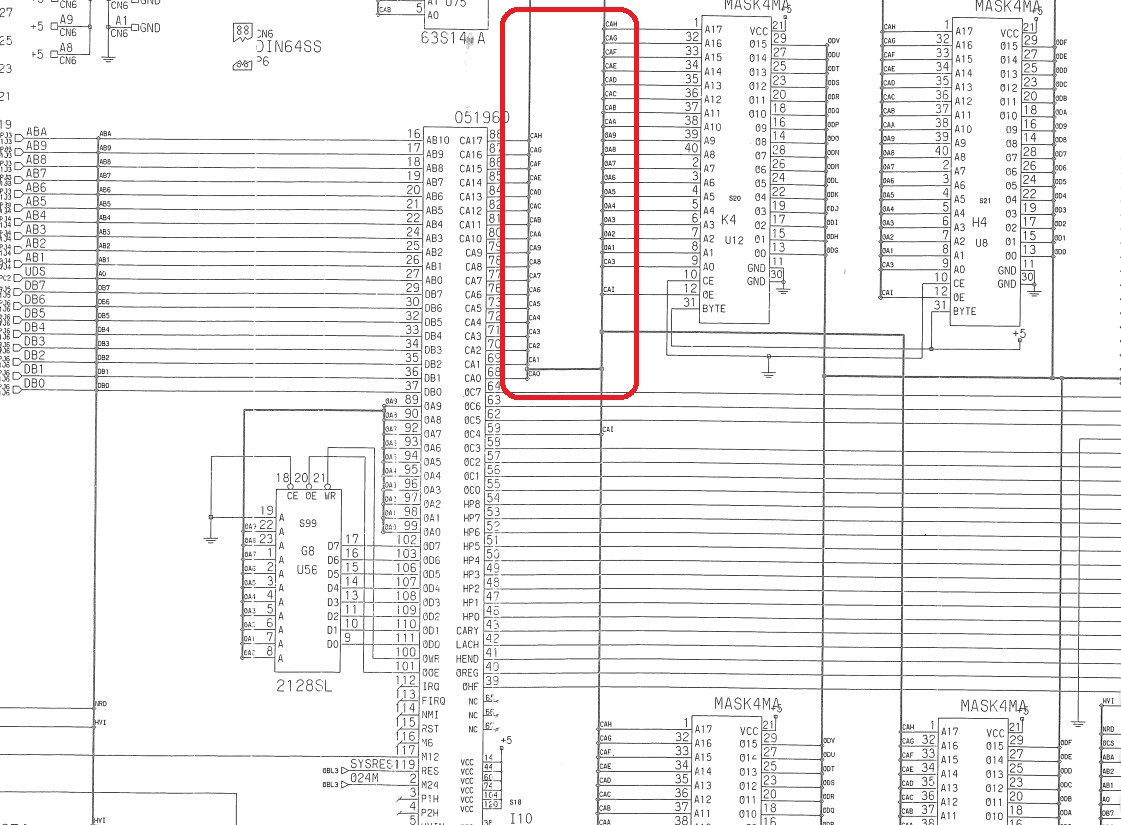 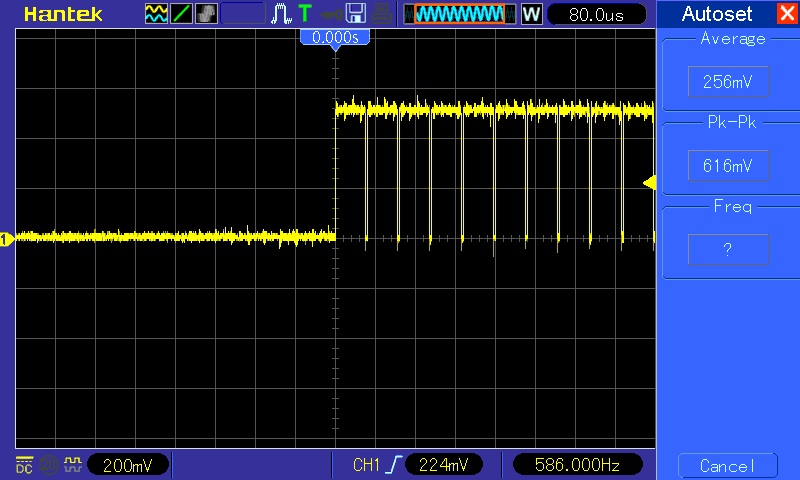 This lead me to remove and replace the ASIC: 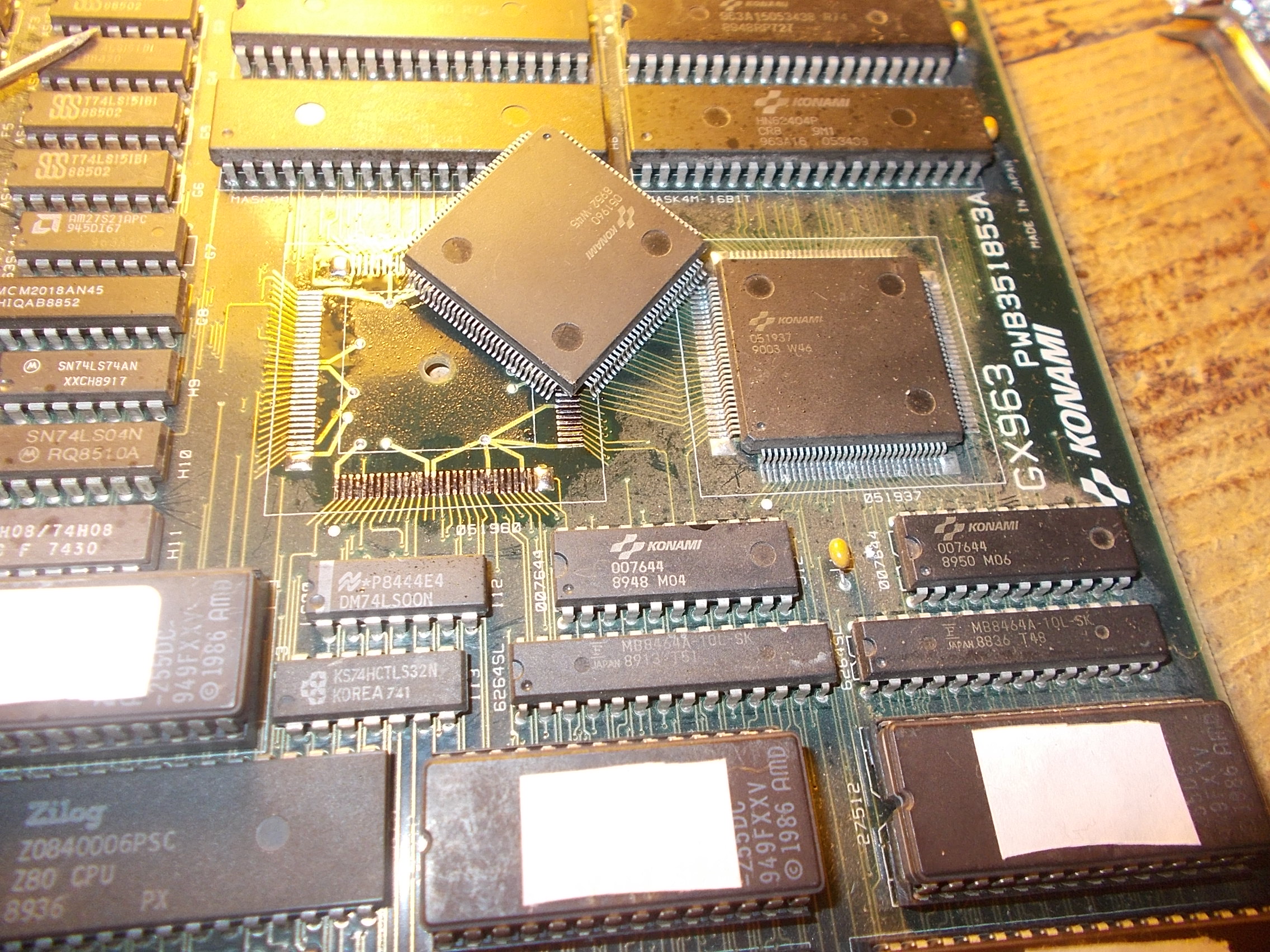 This restored sprites so the IC was really bad (it’s not the first time, see my past repair log of Block Hole) 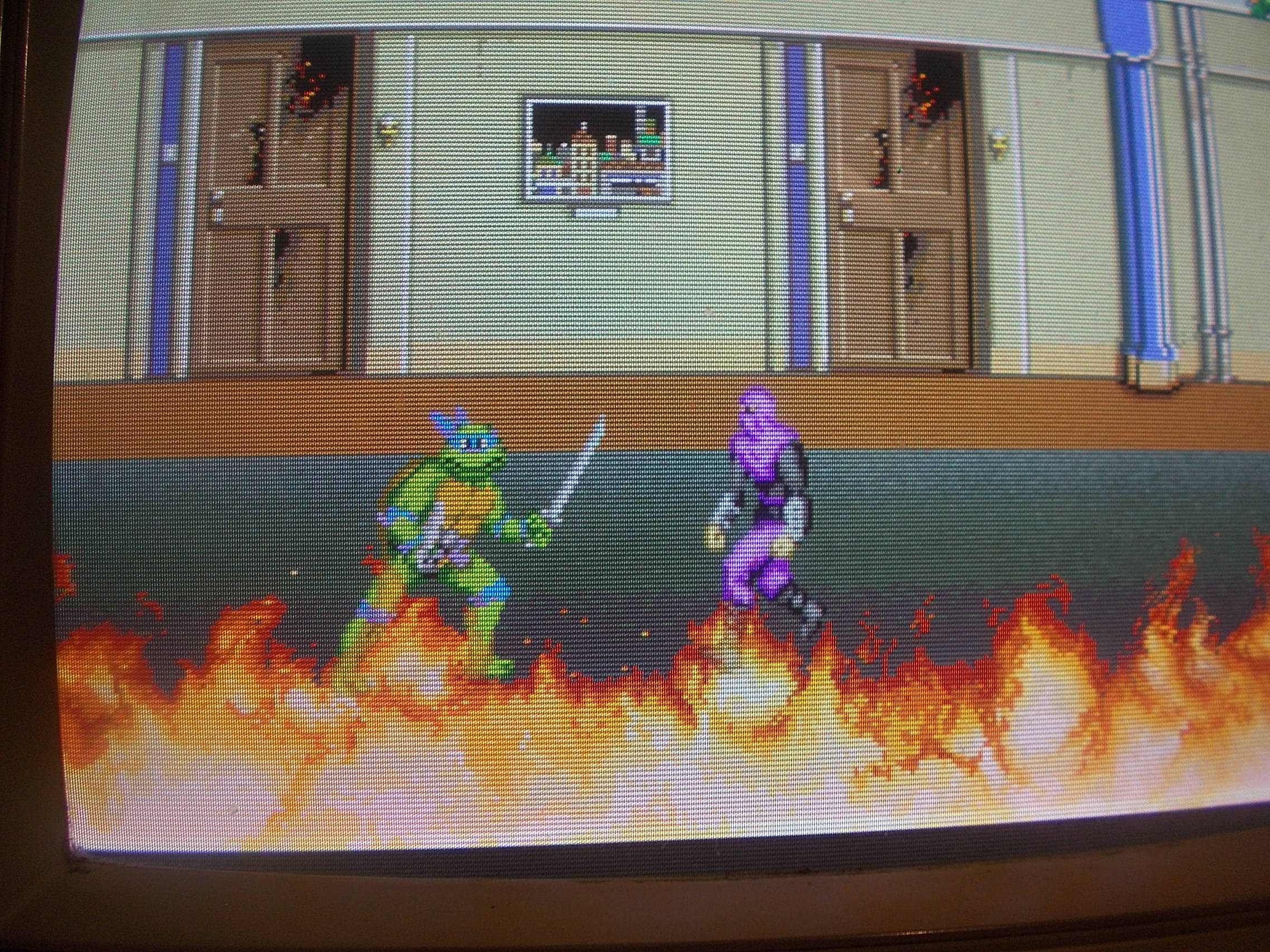 Now the sound issue.A quick visual inspection revealed that one of the two components marked ‘007340’ was cracked in two: 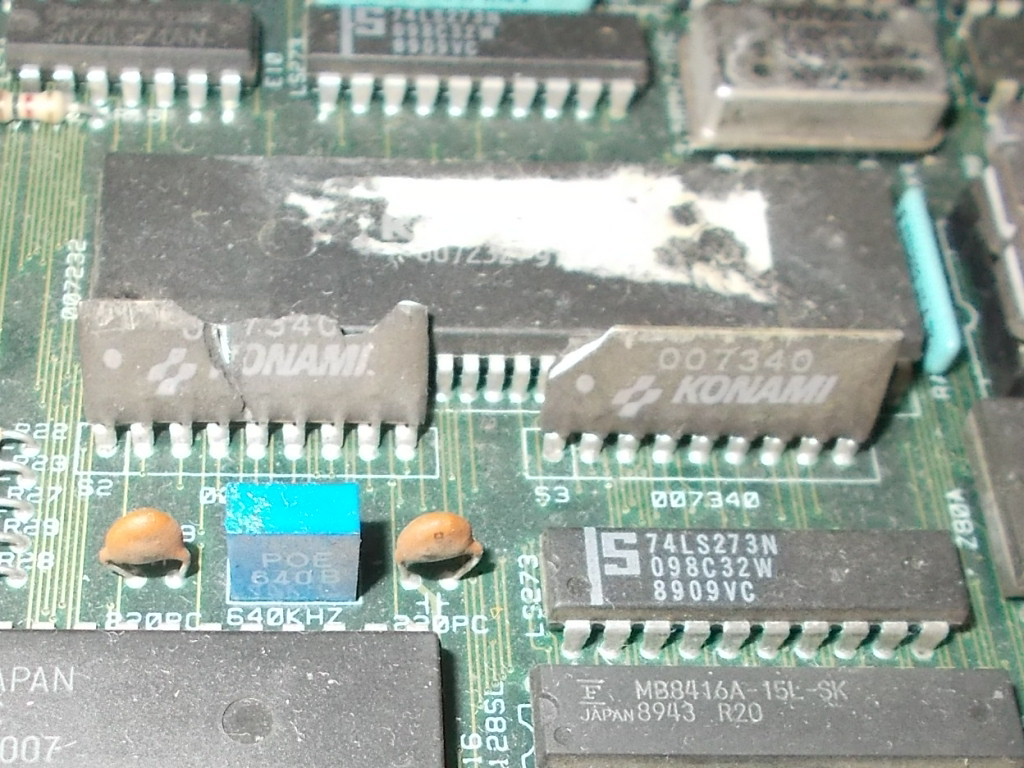 As schematics suggest the ‘007340’ is a resistor ladder (R2R) used to convert into analog the digital bits outputted from the ‘007232’ PCM controller so I made a very  rough replacement that worked fine: 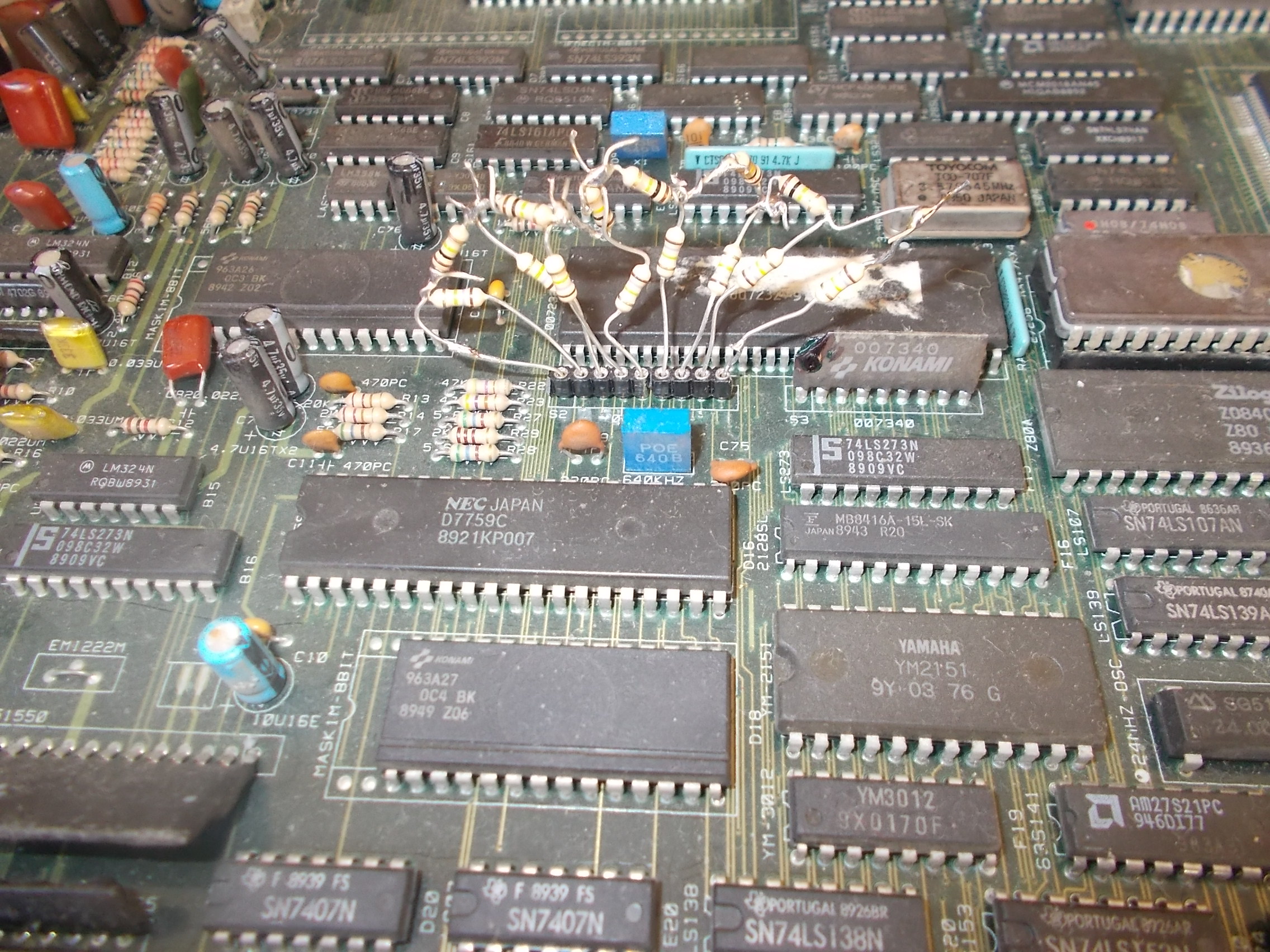 Later I properly reproduced it :

Another PCB fixed and another (little) custom reproduced.