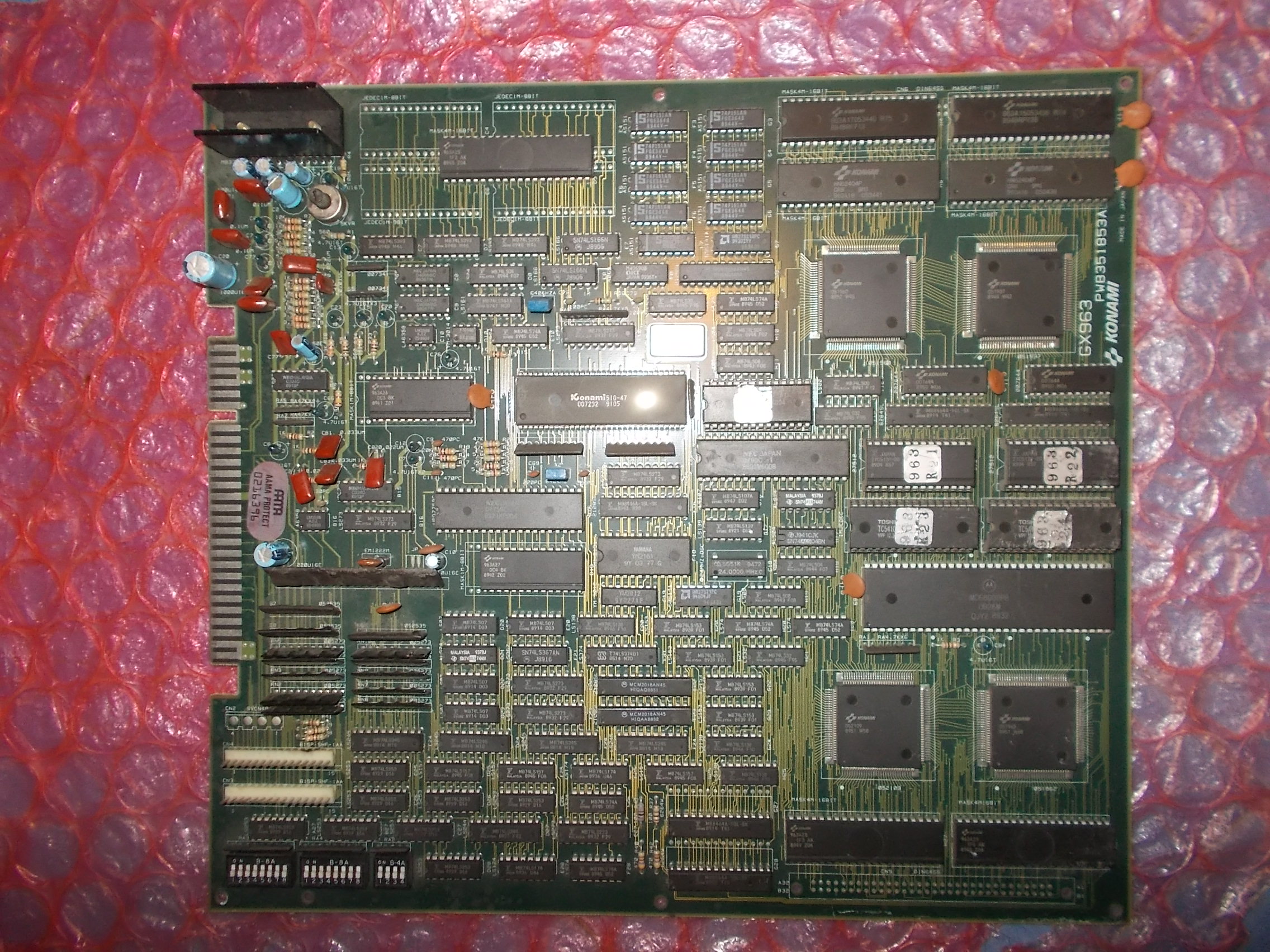 Board booted up with noticeable graphical issues, both sprites and backgrounds were affected as they were missing parts.Also colors were wrong, screen was blue tinted (hard to distinguish in the video and pictures though) 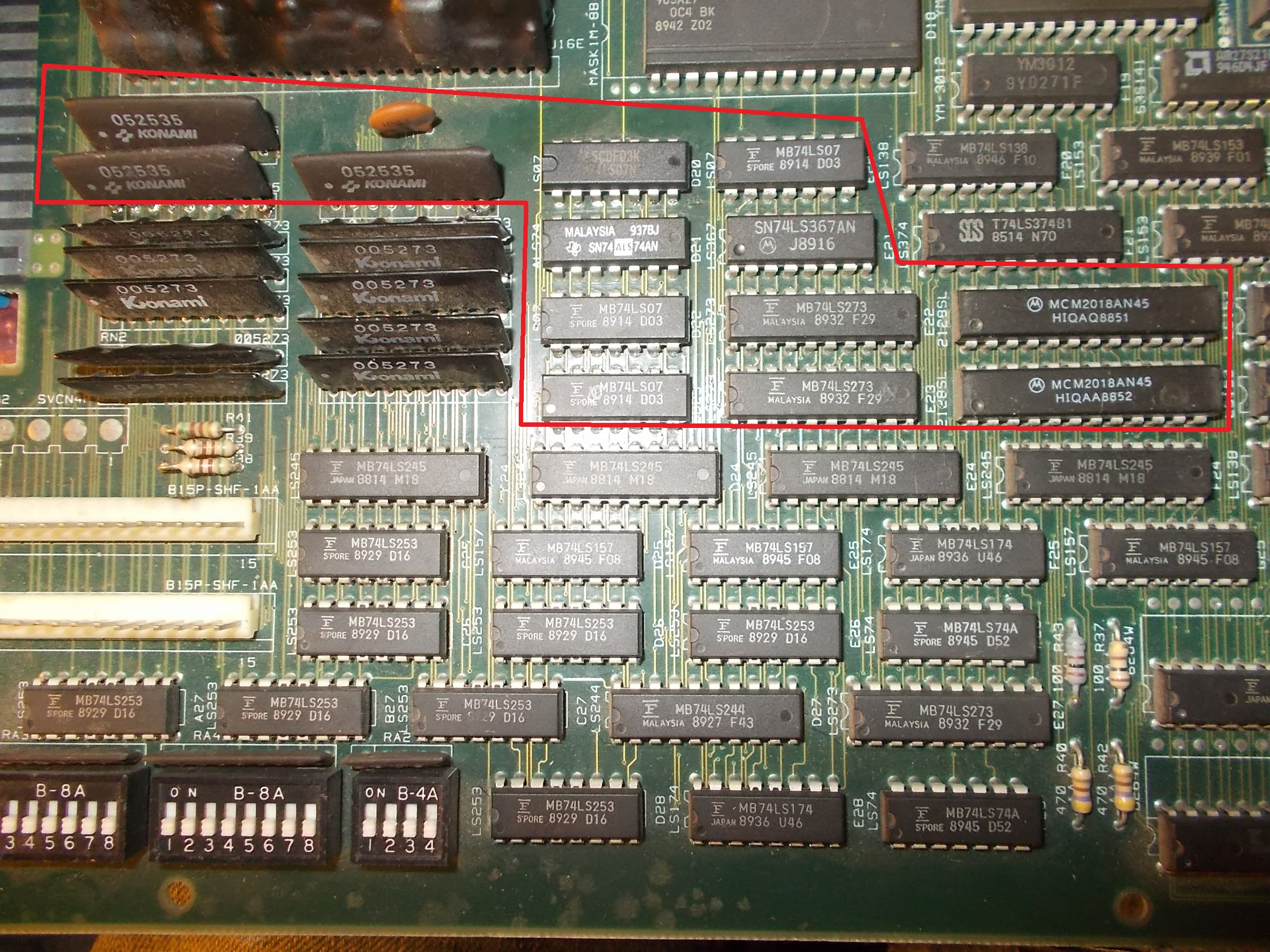 A blue dominant means the RED color has some troubles so I went to probe around this part of circuit and found the 74LS07 @D23 (from Fujitsu, obviously…) with an output (pin 4) shorted to GROUND :

Chip failed in that pin when tested out-of-circuit: 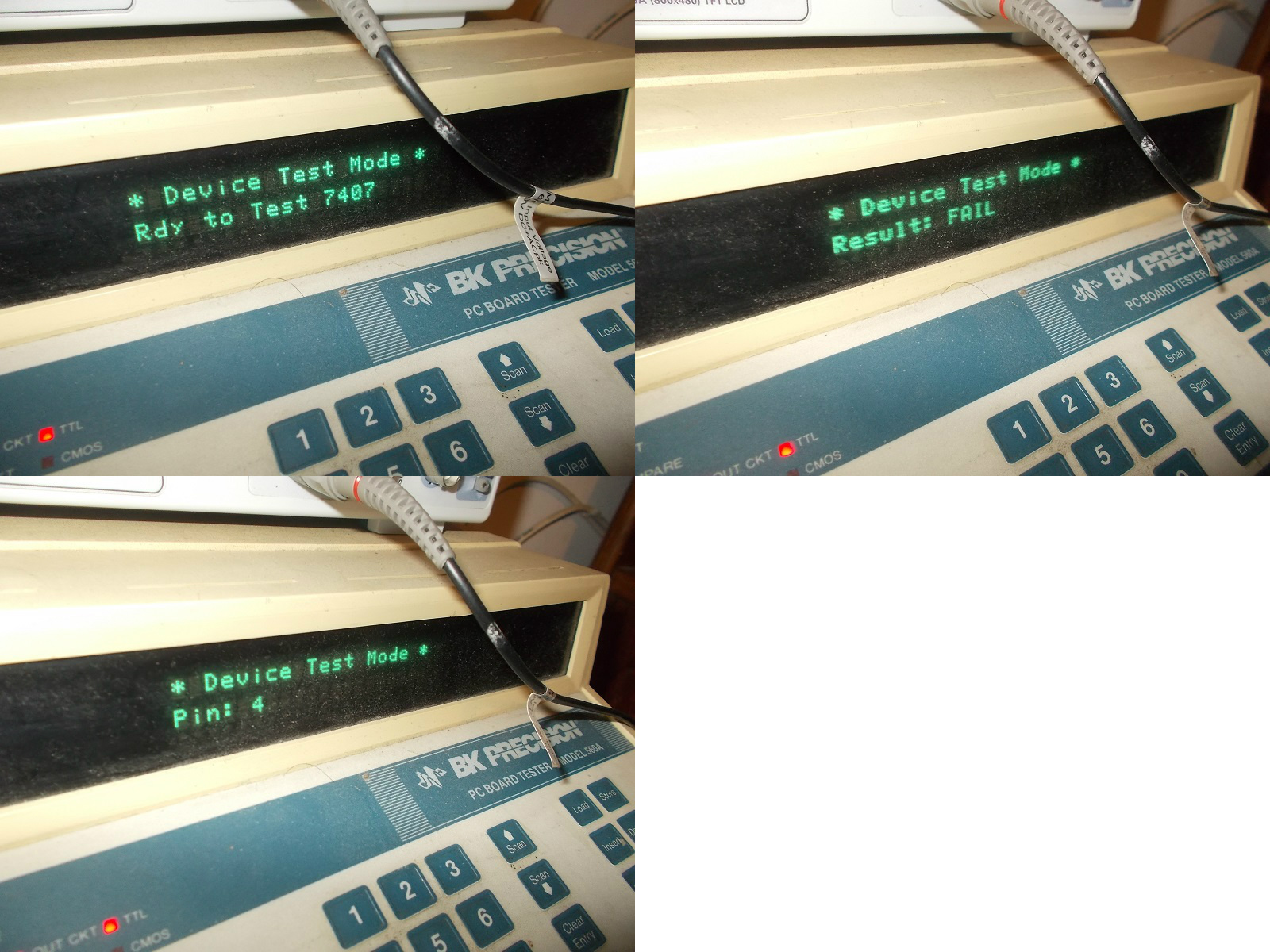 Replacing the TTL IC restored the correct colors so I moved on the grahical issues.I launched a MASK ROM check which reported two bad devices @K4 and K6: 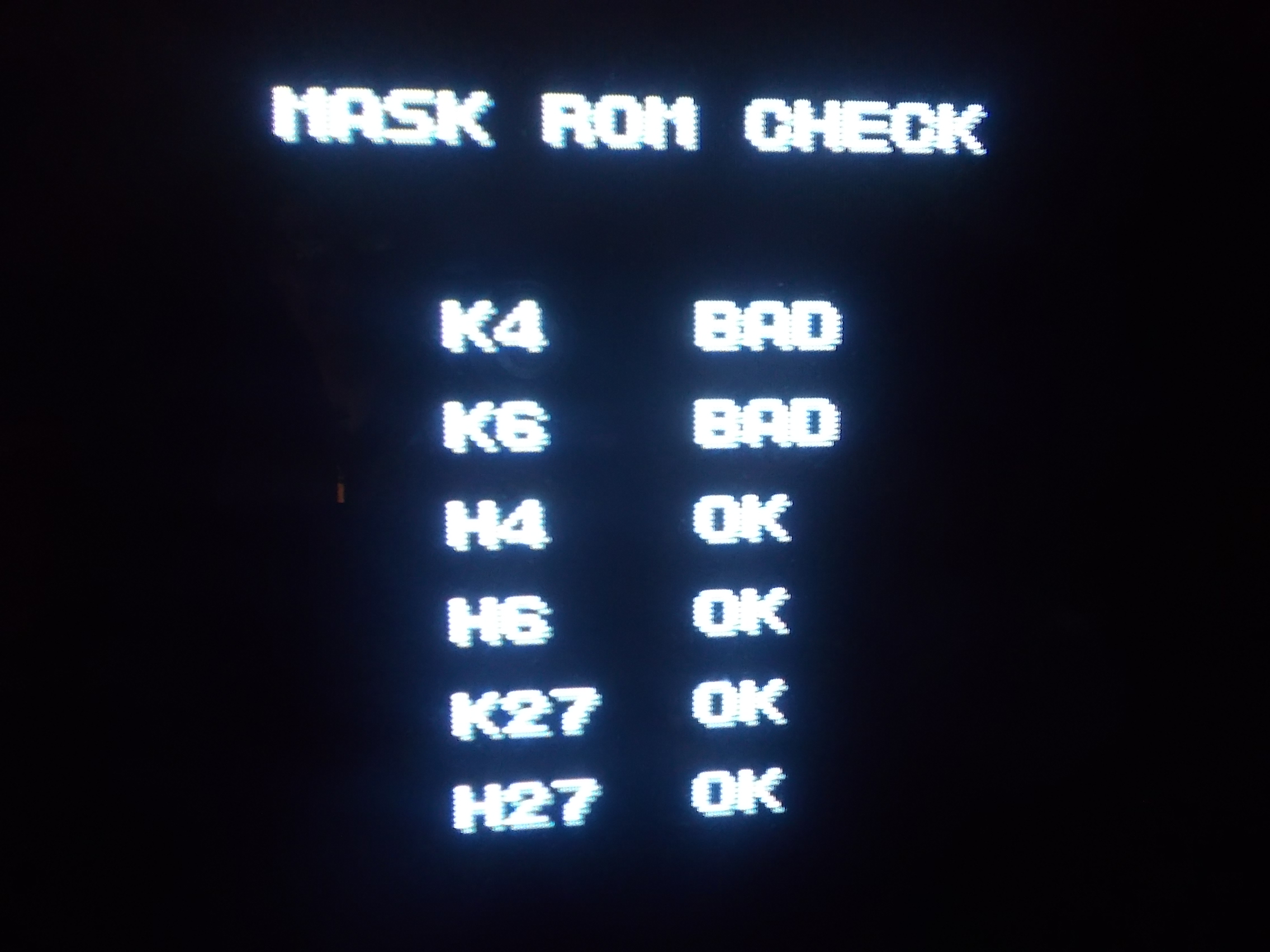 They are two of the four 4Mbit MASK ROMs that store sprites data: 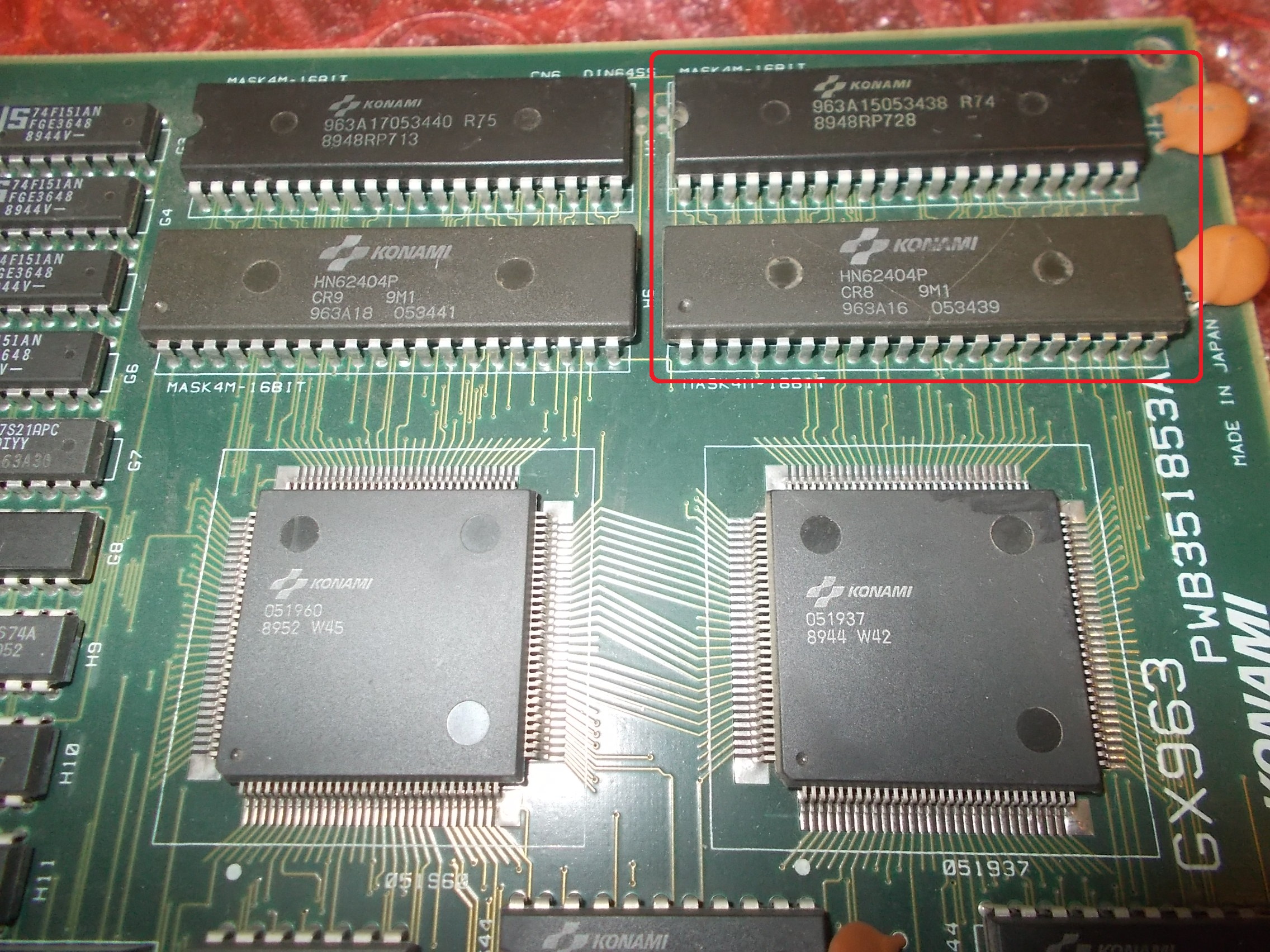 I removed the first device @K6 : 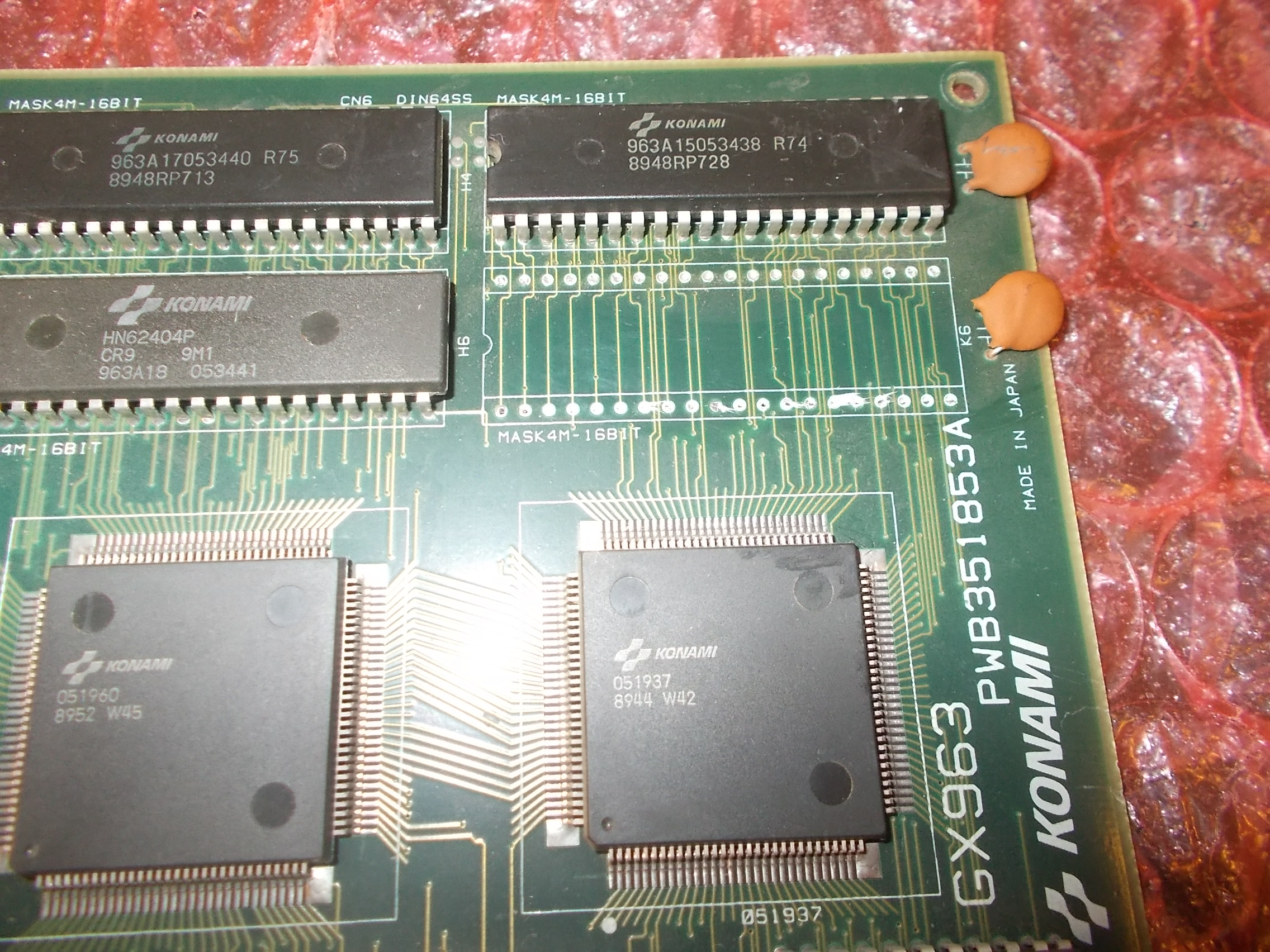 I dumped it, the resulting buffer of my EPROM programmer was empty so device was really bad : 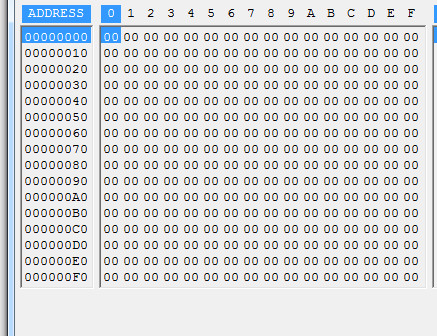 I launched again a MASK ROM check, the device @K4 was reported as good this time so the bad one @K6 was affecting it (data/address busses are shared) 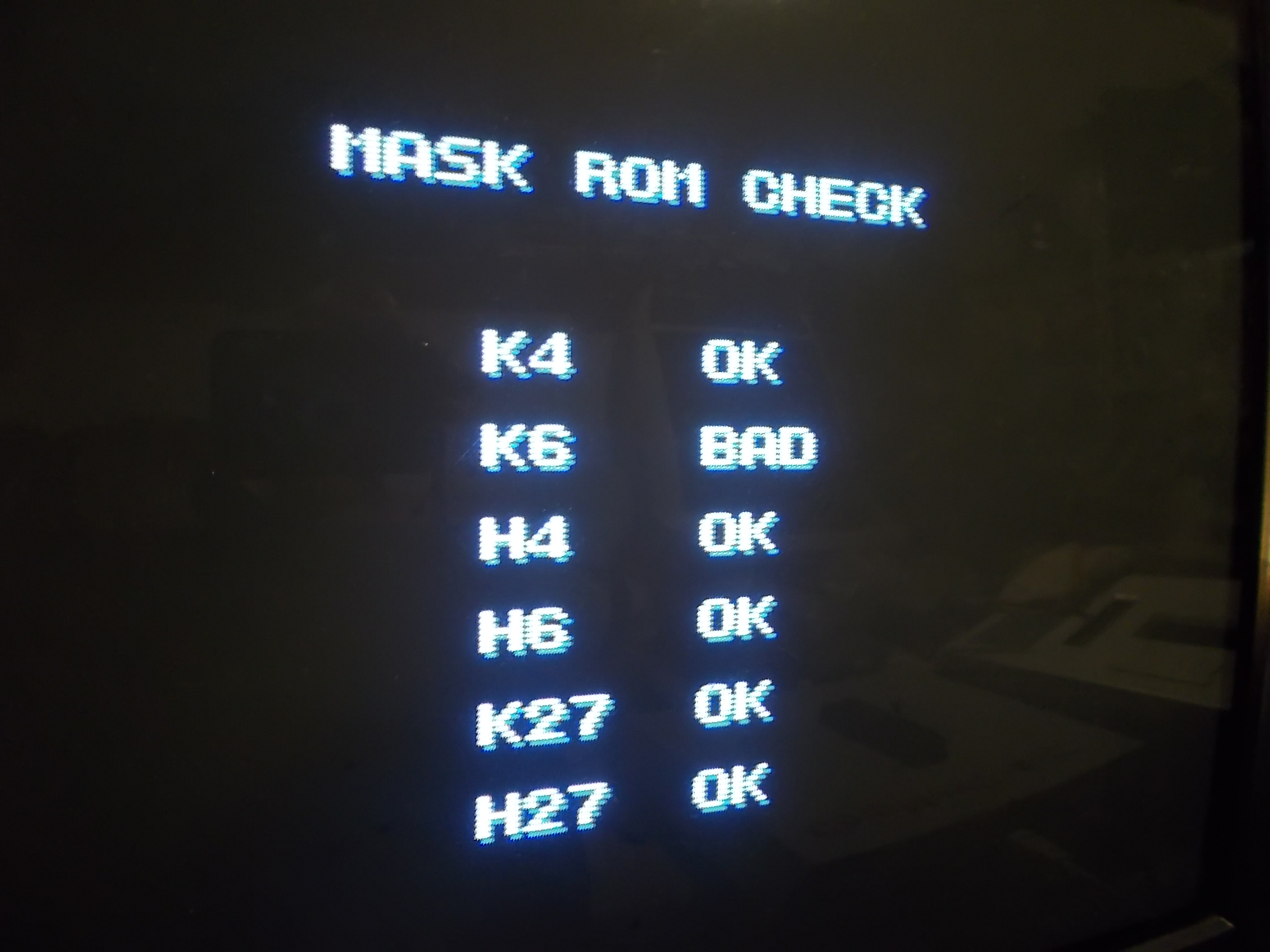 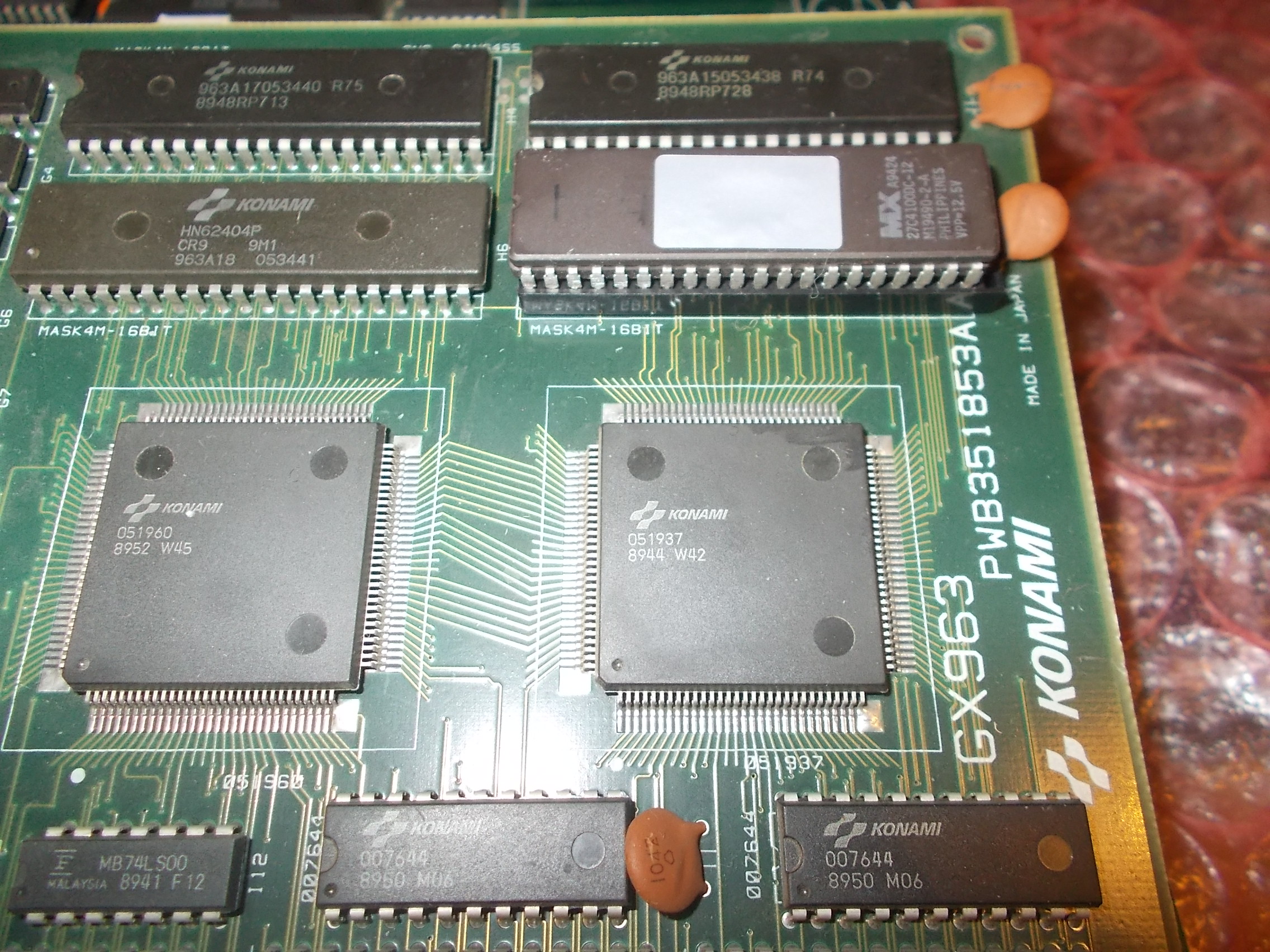 Sprites were restored and  check no more complained : 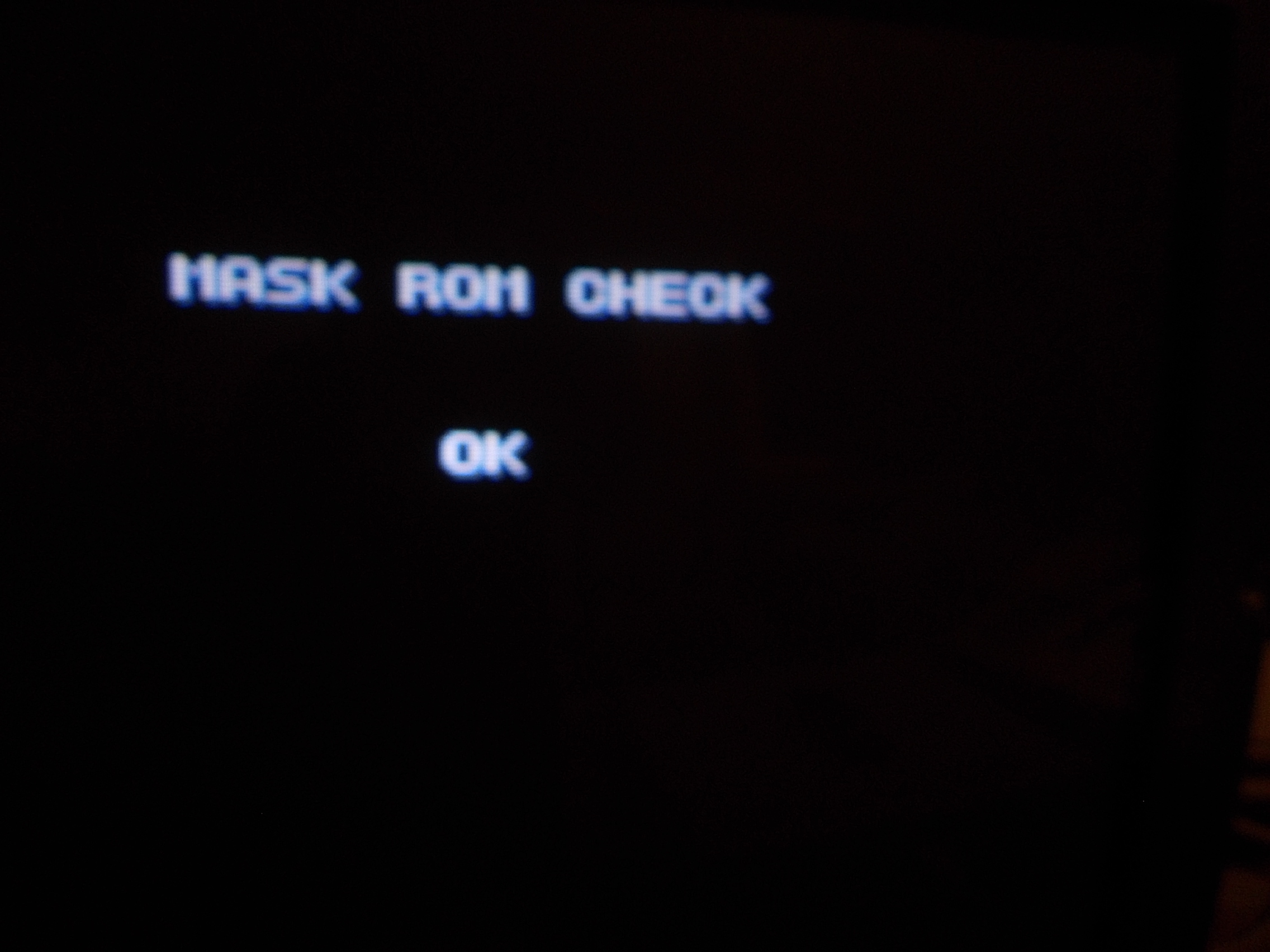 But backgrounds were still missing parts : 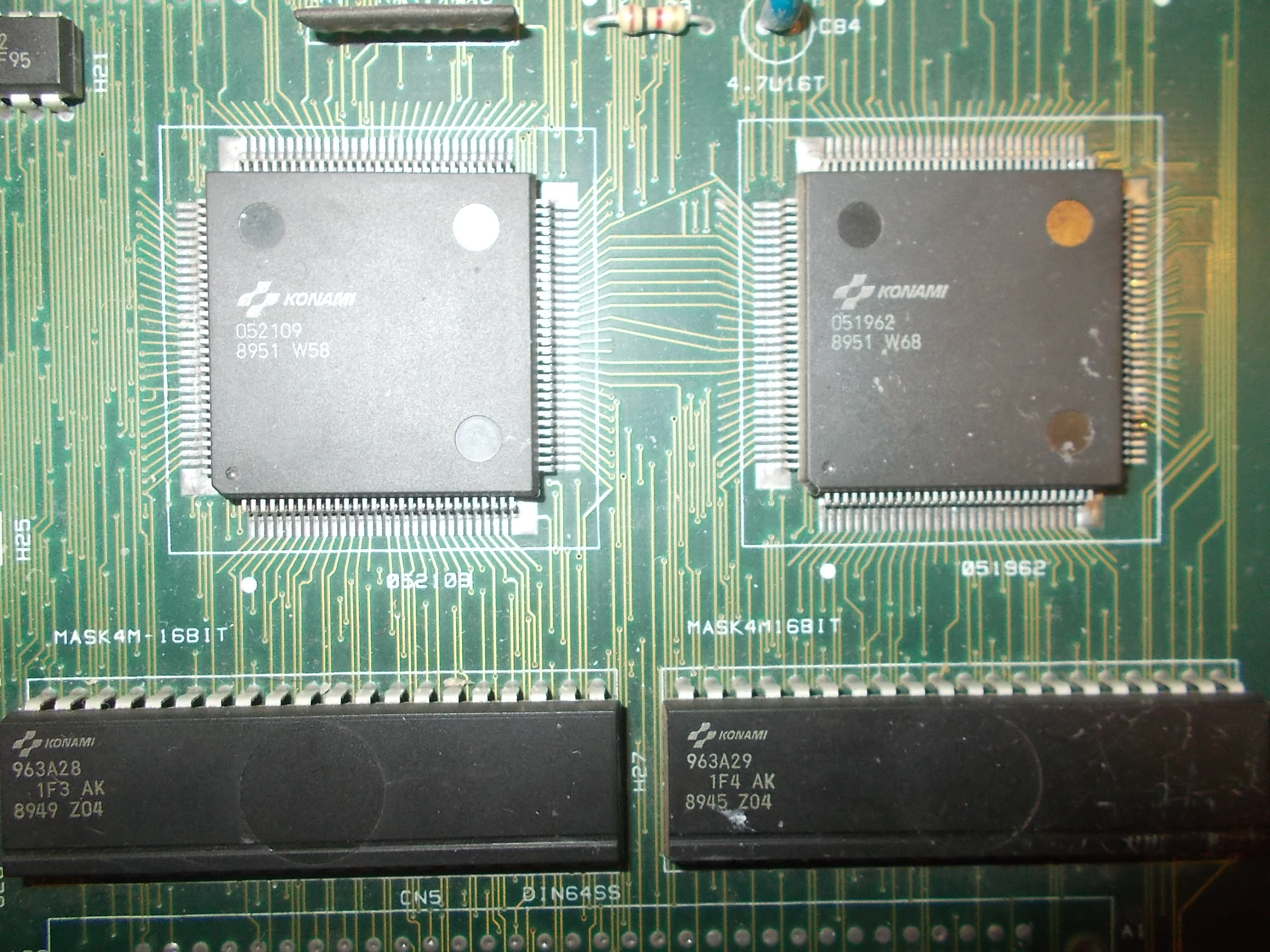 On a visual inspection I found a lifted pin on the latter: 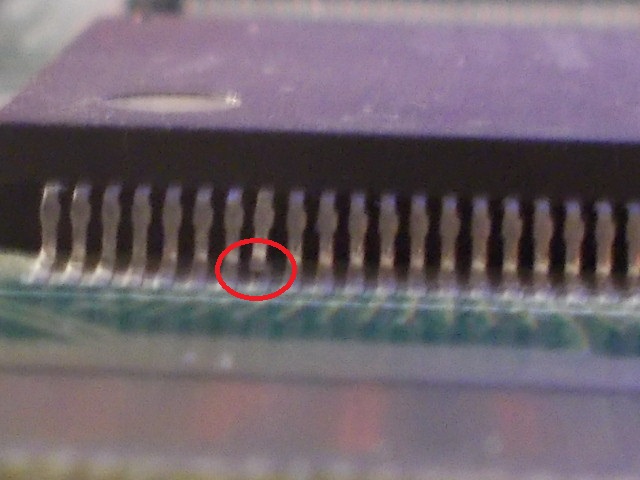 I reflowed the pin and this fixed board completely.Repair accomplished.