Received this original Nichibutsu Terra Cresta PCB for a repair: 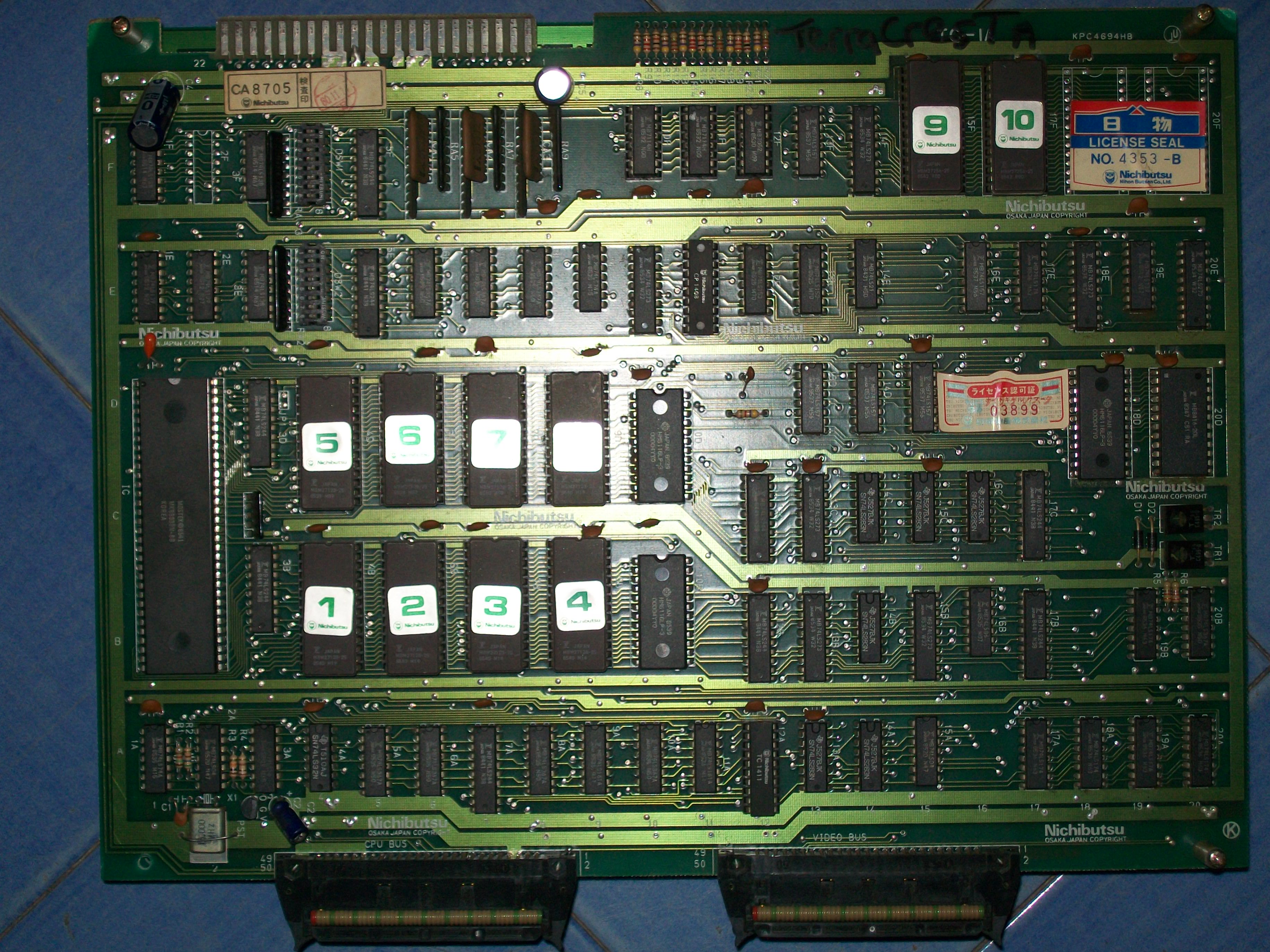 Board had severe graphical issues, backgounds were all messed up and moving, sprites absent:

The first thing I noticed after my visual inspection was that both boards were fully populated with Fujitsu TTLs therefore I was pretty sure all the faults were due them.To troubleshoot them I used my HP10529A logic comparator for  TTLs up 16 pin and a logic probe for 20 pin ones.The backgrounds data are stored in two 27256 EPROMs @15F and 17F on CPU board so I went to probe around and I found a 74LS273 @18E with stuck outputs: 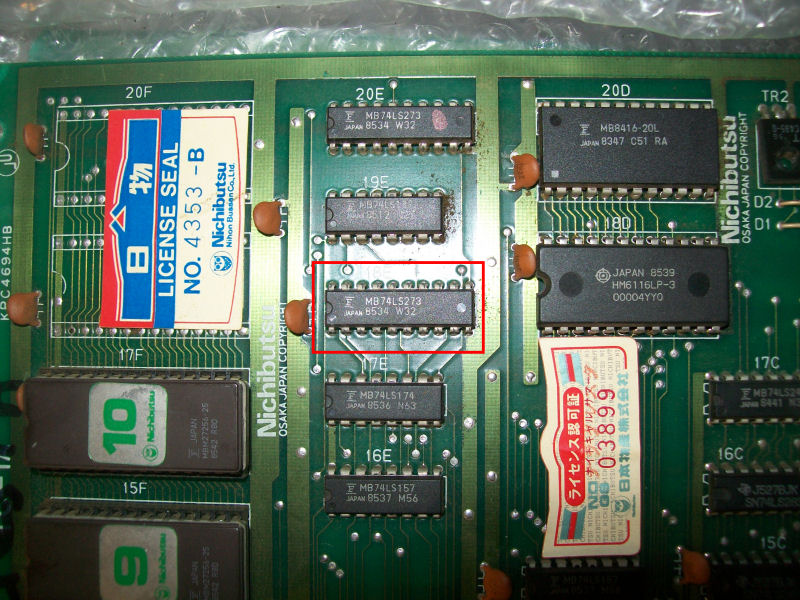 This was confirmed also by a logic analyzing of the device:

Once desoldered the device failed when tested out-of-circuit: 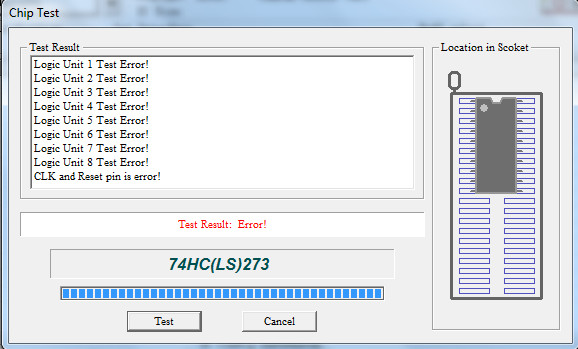 I got  improvements, now backgorunds were almost formed but still scrambled and sprites visible although not perfect: 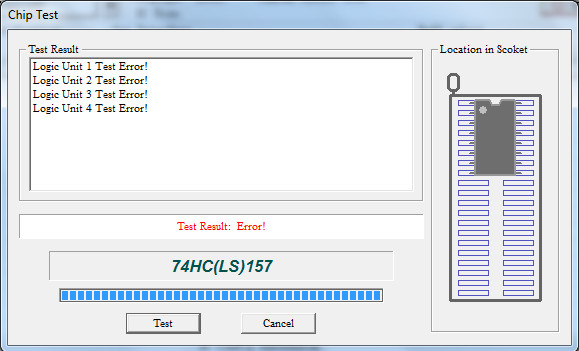 Backgrounds were now 100% restored but sprites missing lines with some garbage on screen :

At this point I focused on video board since all objects circuitry lies there : 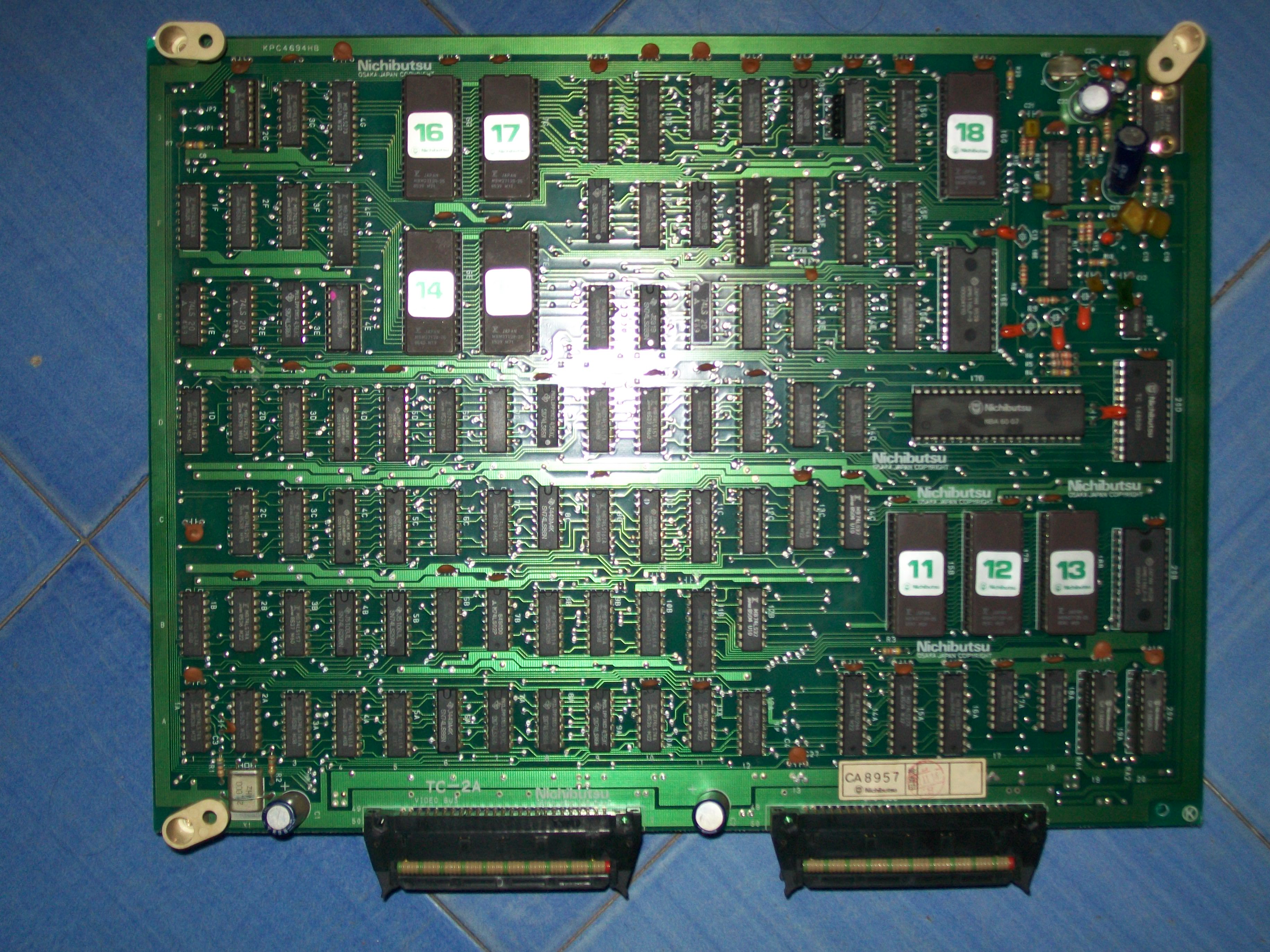 Probing around the sprites EPROMs, I found a 74LS367 @1F with bad outputs:

and a 7LS257 @3C (involved in sprites RAM data bus) with stuck outputs, also this failed its test:

Now sprites were perfect but doing some comparison with MAME I realized that characters were totally missing! 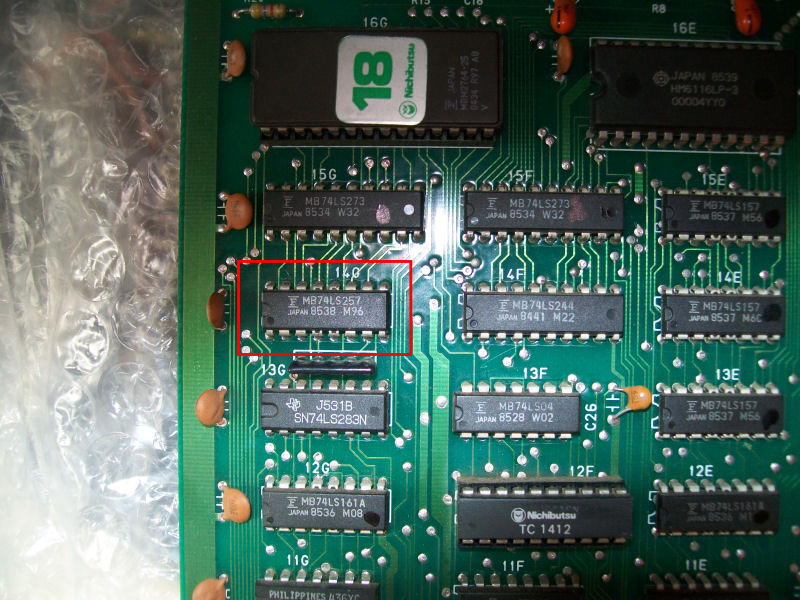 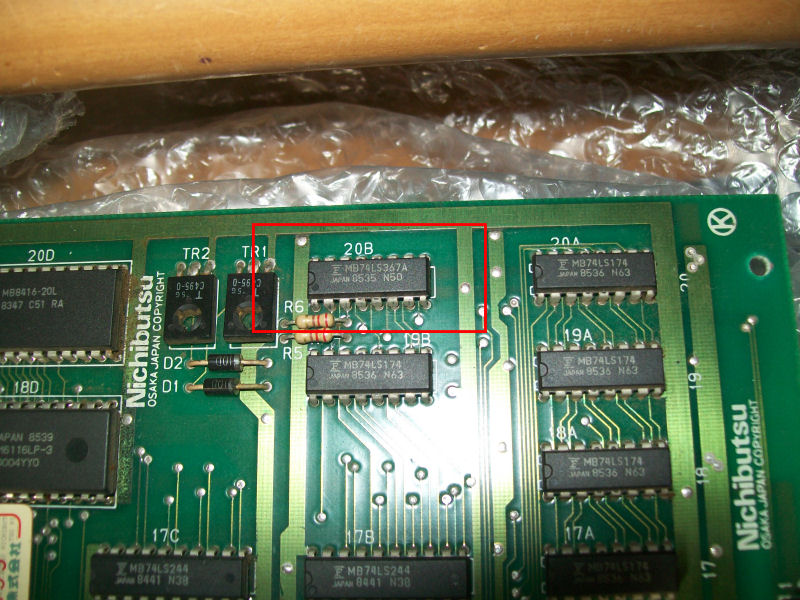 Logic analyzing confirmed its outputs were floating and chip failed once tested out-of-circuit: 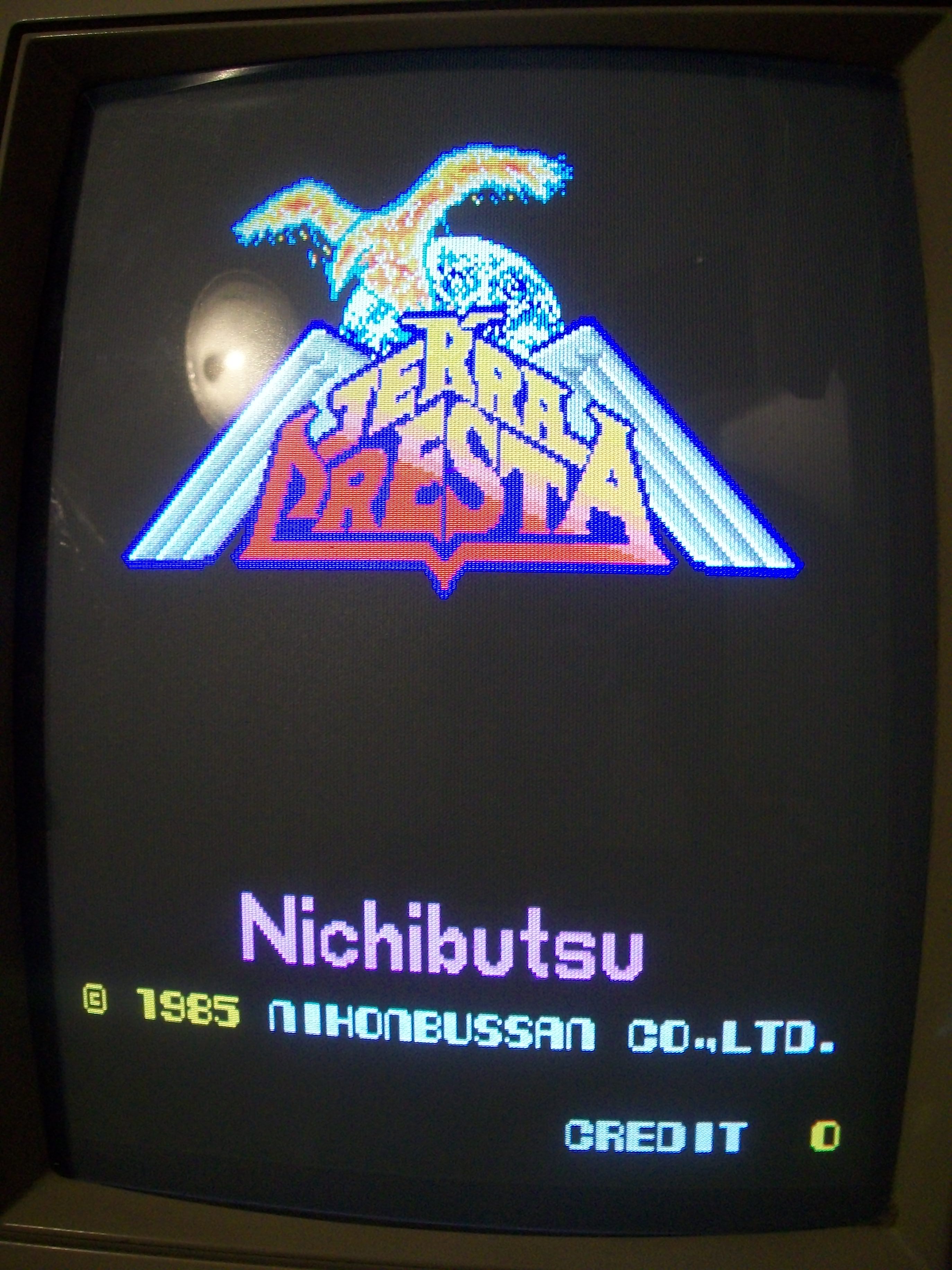 I was archiving this repair when, during my test,  I experienced some sound issues, sometimes audio was distorted: 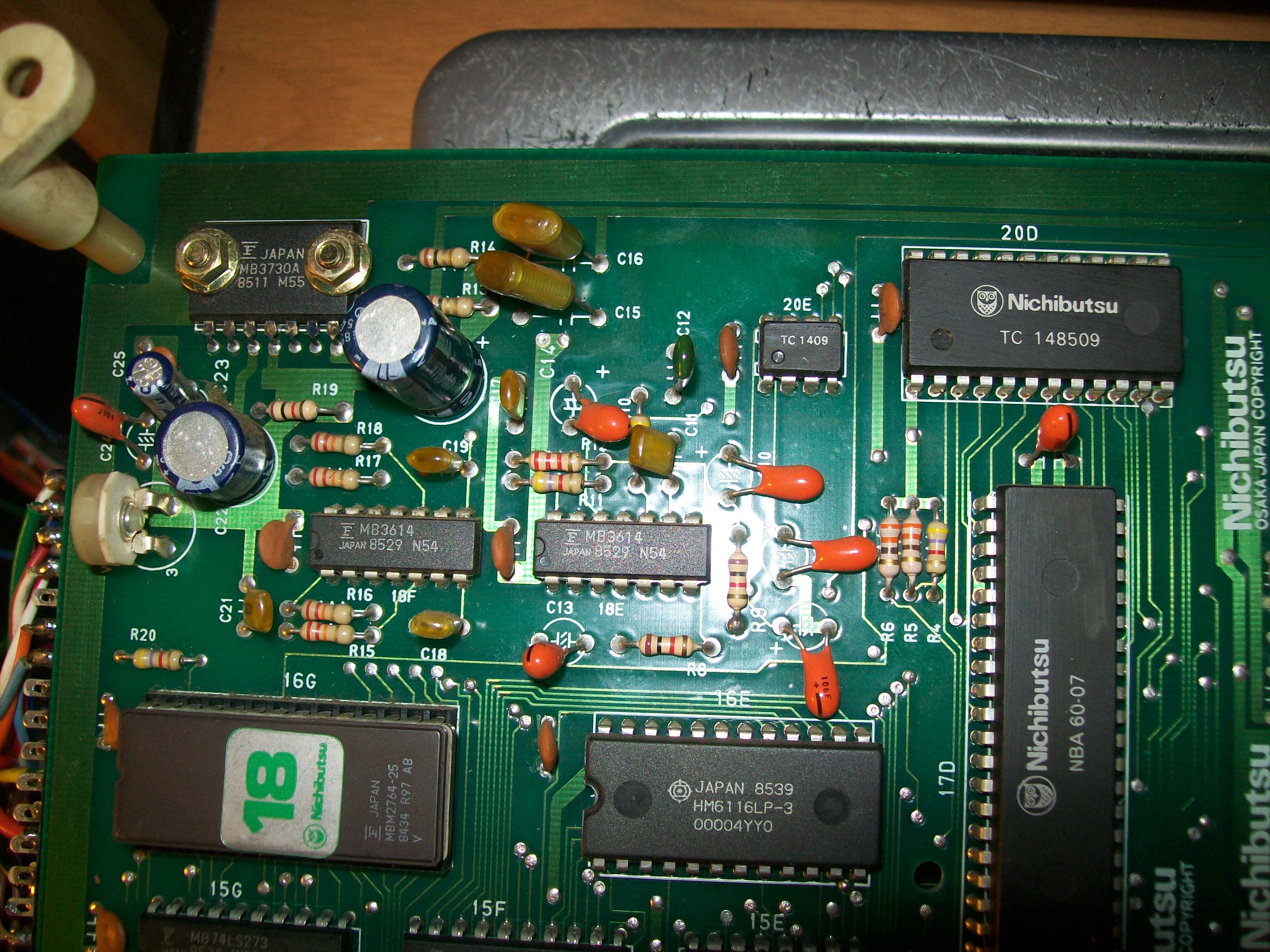 Probing pin 2 (the analog output connected to the OP-AMP) of the ‘TC 1409’ revealed a weak signal: 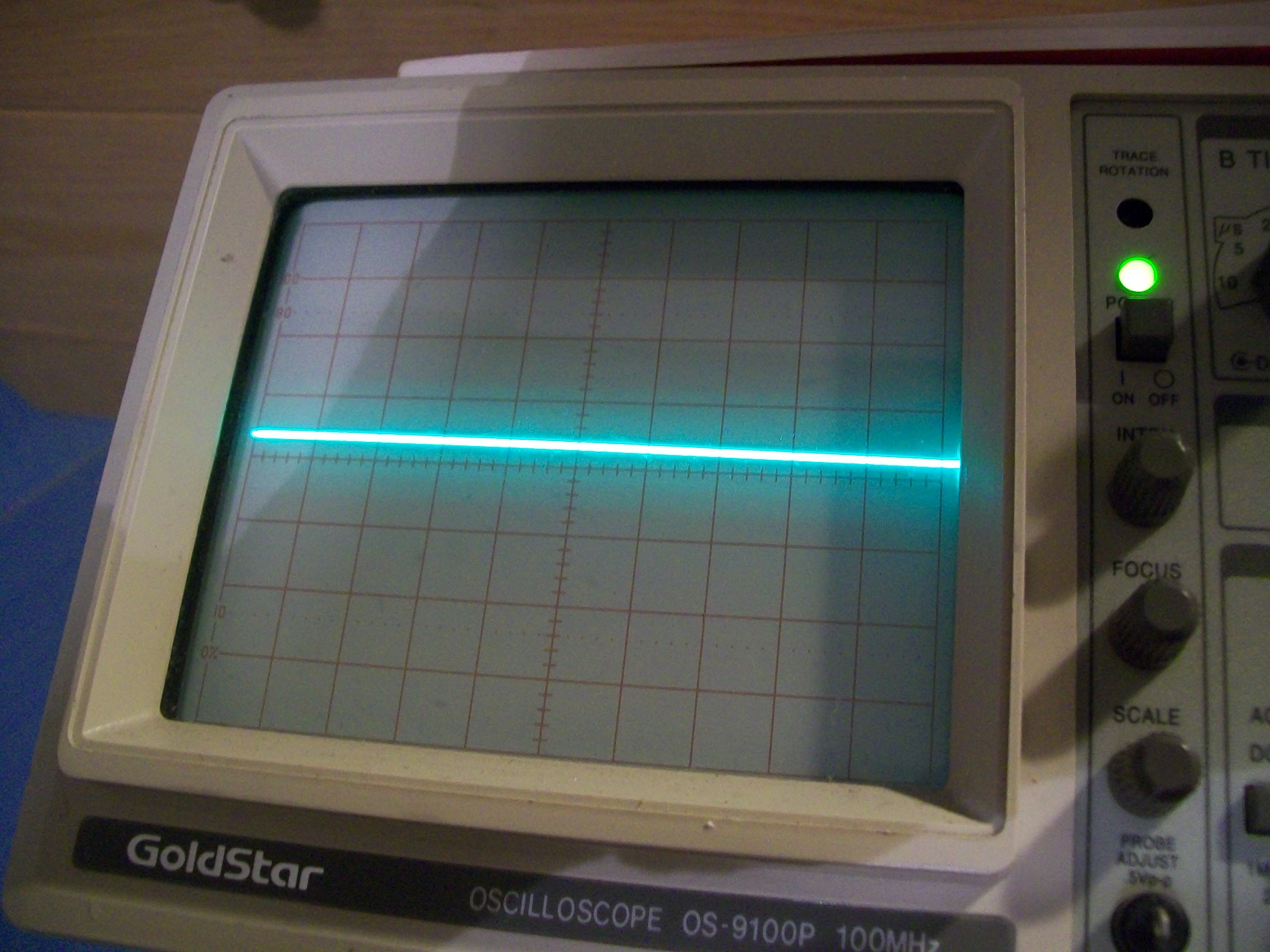 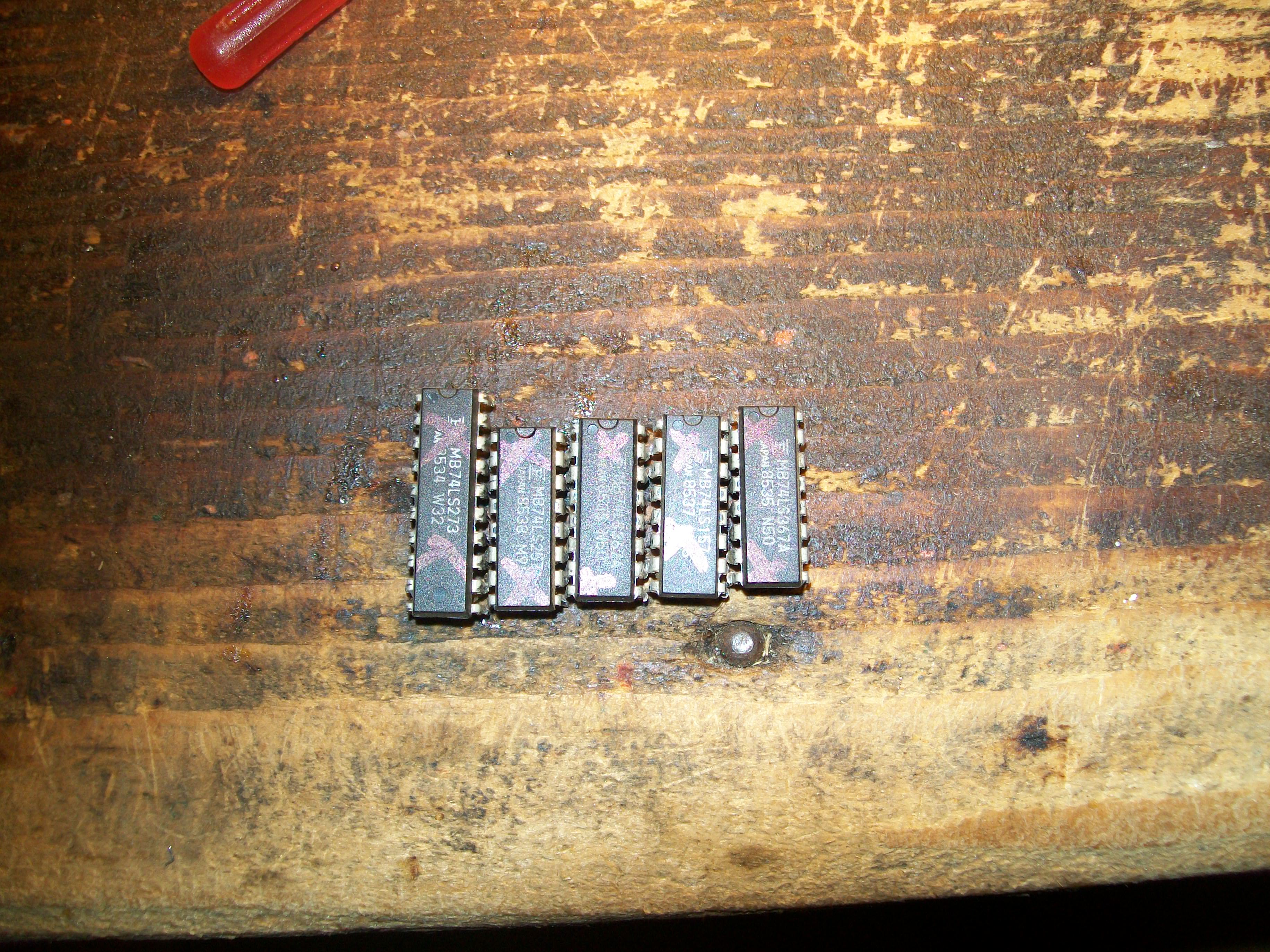