Received from Uruguay this ‘TH Strikes Back’ PCB (a.k.a. Thunder Hoop 2 by the spanish Gaelco) 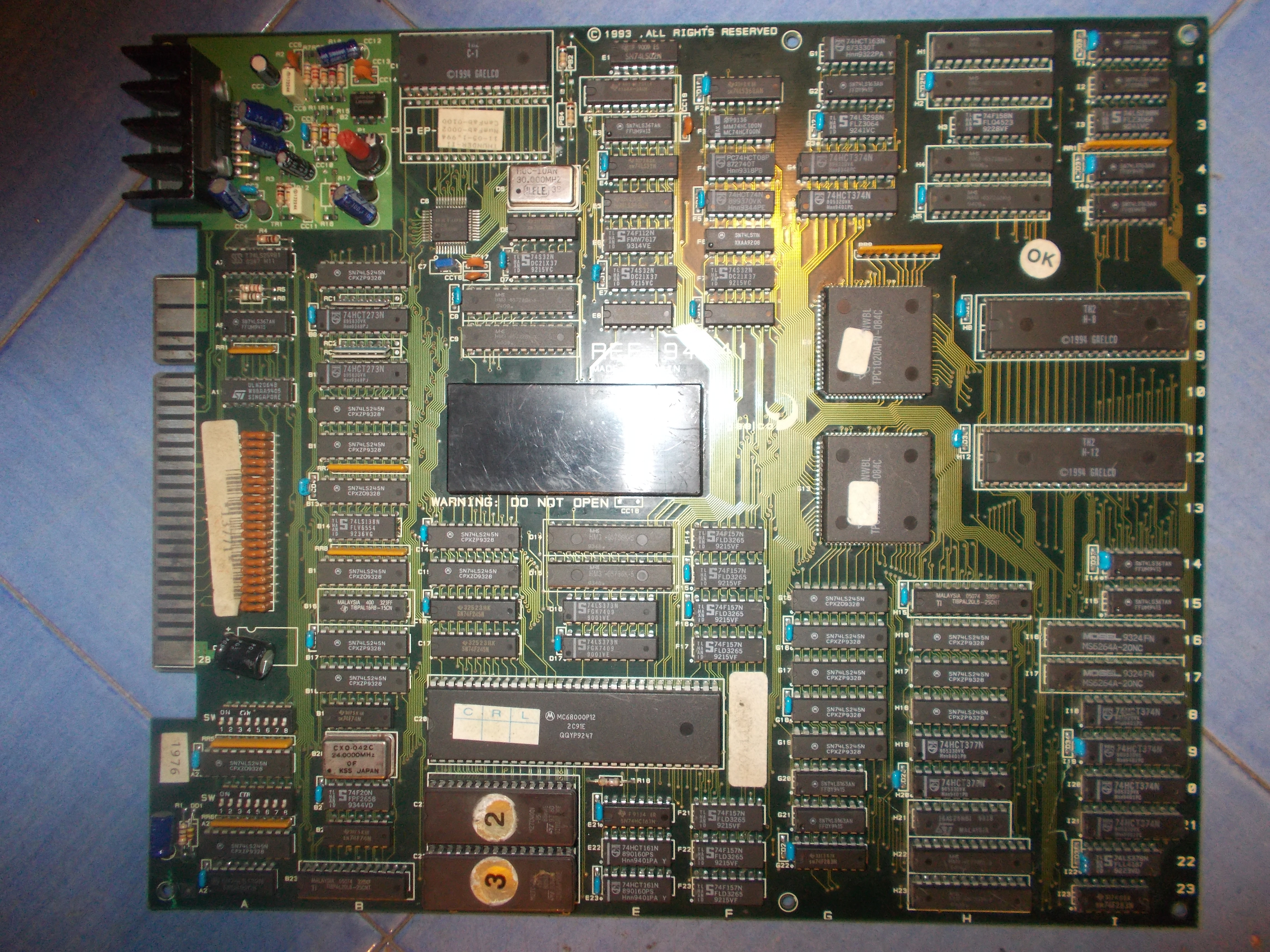 Board played with all the graphics scrambled and messed up: 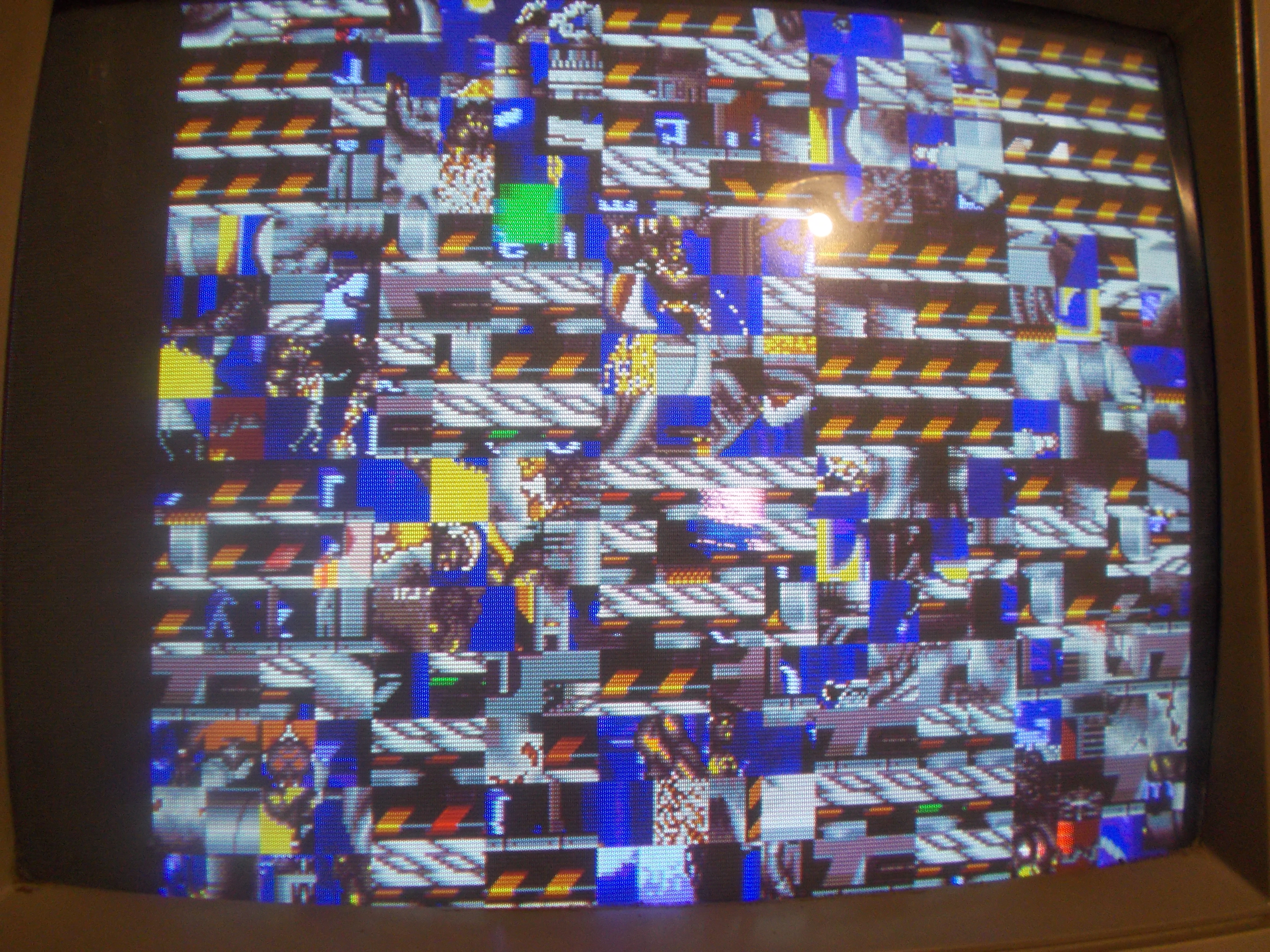 Doing a visual inspection I found a severed trace on solder side: 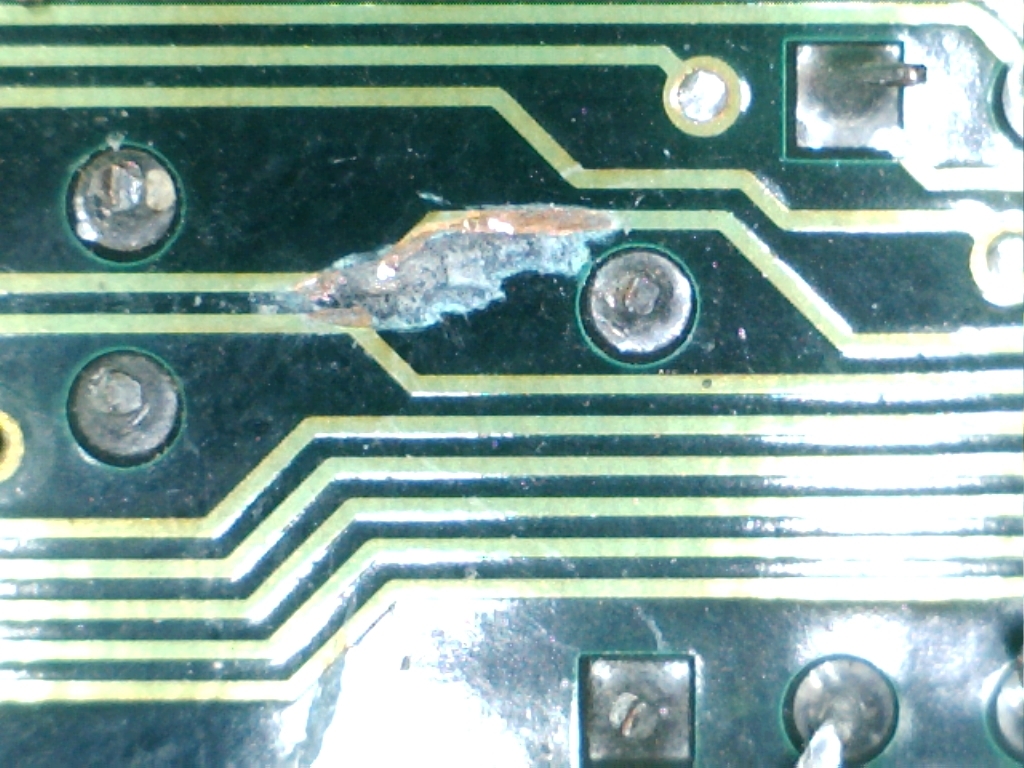 Patching it restored graphics but playing the game I noticed that the sound samples were all wrong and played randomly:

Samples are generated by the usual OKI MSM6295 PCM chip, given the high rate of its failure I went straight to replace it:

This gave me correct sound.But while testing the board, it suddenly committed suicide: 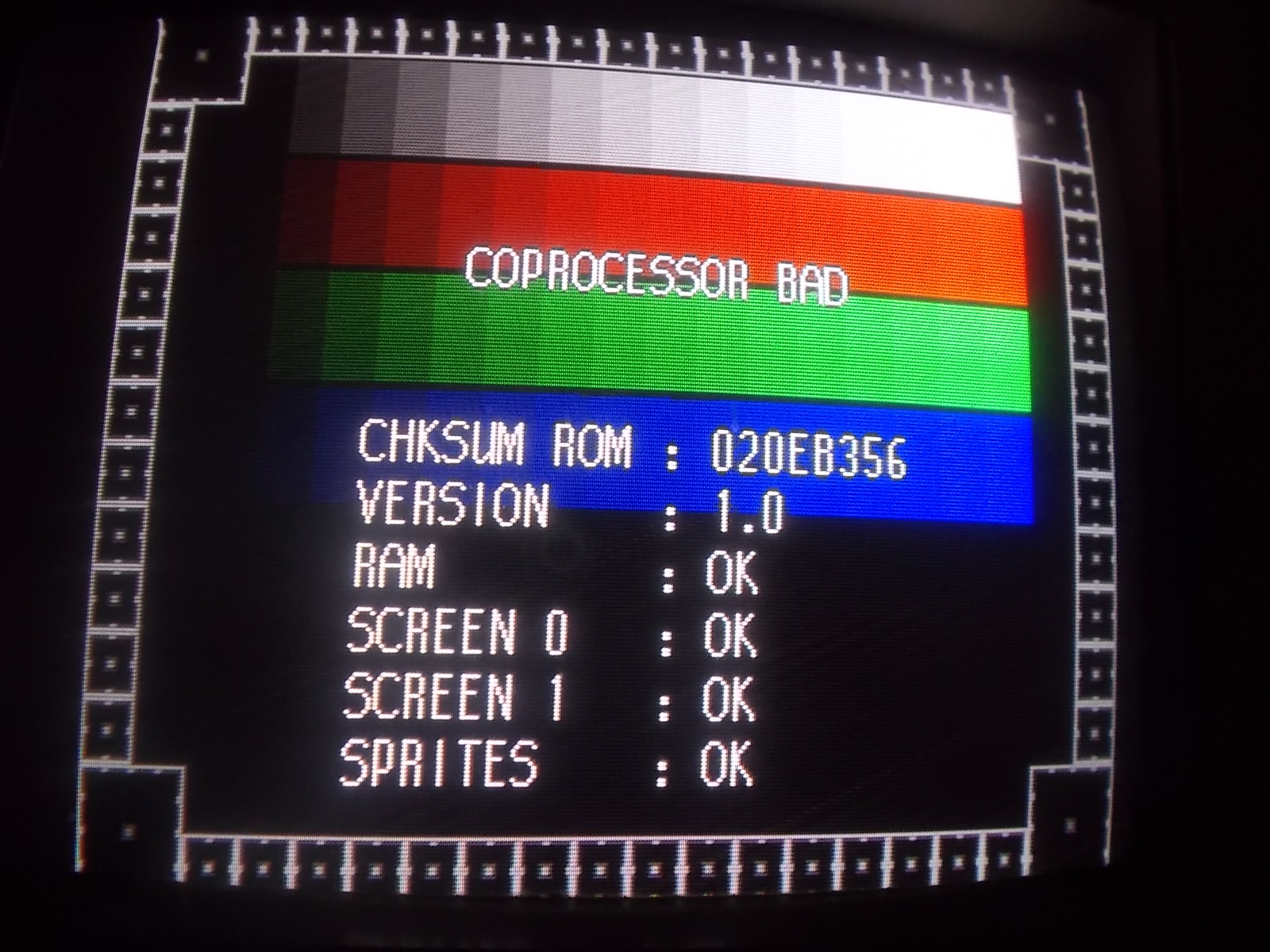 Like many other Gaelco boards this PCB uses for protection a Dallas DS5002 MCU which executes code stored in battery backed-up SRAM.When the contents of the SRAM get lost due a low battery or other problem the board will no longer boot showing on boot the “COPROCESSOR NOT READY” or “COPROCESSOR BAD” error:

Thanks to the work of MAME devs (Peter Wilhelmsen and Morten Shearman Kirkegaard) who dumps the contents of the SRAM now we can revive most of the Gaelco boards.The usual procedure to do it is well known and can be found on the net but it won’t work for some games that use a special register like Thunder Hoop 2.I was warned of this by Peter Wilhelmsen himself, he explained me how to properly desuicide this board (I will cover this topic in a proper post).I did it and board booted again but freezed everytime I started a game:

This issue had nothing to do with the Dallas DS5002 MCU, board was properly desuicided so I started to look elsewhere.Using a logic comparator in 68000 main CPU area I found a 74LS373 @D16 (involved WORK RAMs addressing) with a stuck LOW output (PIN 6).Measuring resistance to ground of this pin gave me only 10.9 Ohm sign that internal junction was almost shorted :

Once removed the TTL it failed the out-of-circuit testing in that exact pin:

Fitted a good TTL fixed the board definitively.Thanks again to Peter Wilhelmsen for his precious help.