Got from a friend this The Battle-Road PCB : 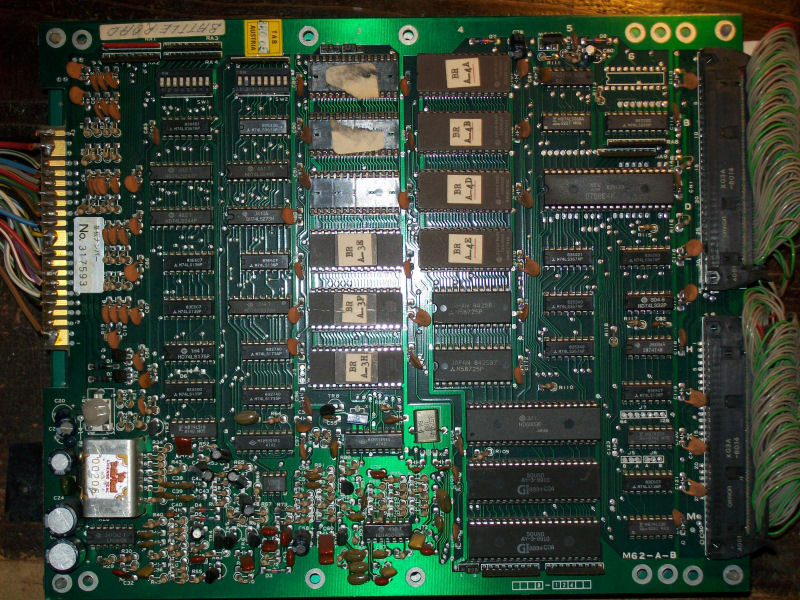 Honestly I never heard of this game before.Anyway, it runs on IREM M62 hardware which is the same one of Kung-Fu Master and other games.

My friend said that sprites was completely missing and he was right but comparing what I got with MAME emulation  also text/characters colors was incorrect : 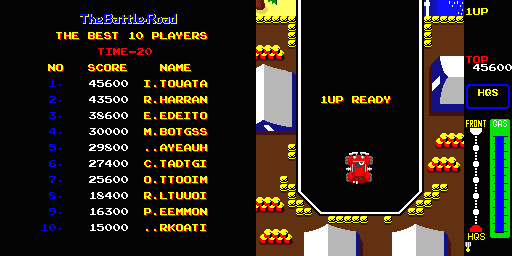 So time to investigate and start to study the sprites circuitry which is located on bottom board.Data from the six sprite ROMs are multiplexed by a custom maked “NANAO KNA6034201”, its outputs go to some TTLs (74LS157 and 74LS374) until they hit the RAMs I/O pins (four 2149 DRAMs) which were all stuck HIGH.Probing the custom revealed it did its job, all outputs were correctly toggling as well as piggybacking the four DRAMs didn’t change anything so fault was in the middle.When I probed the 74LS157 @H3 with my HP10529A logic comparator I got this: 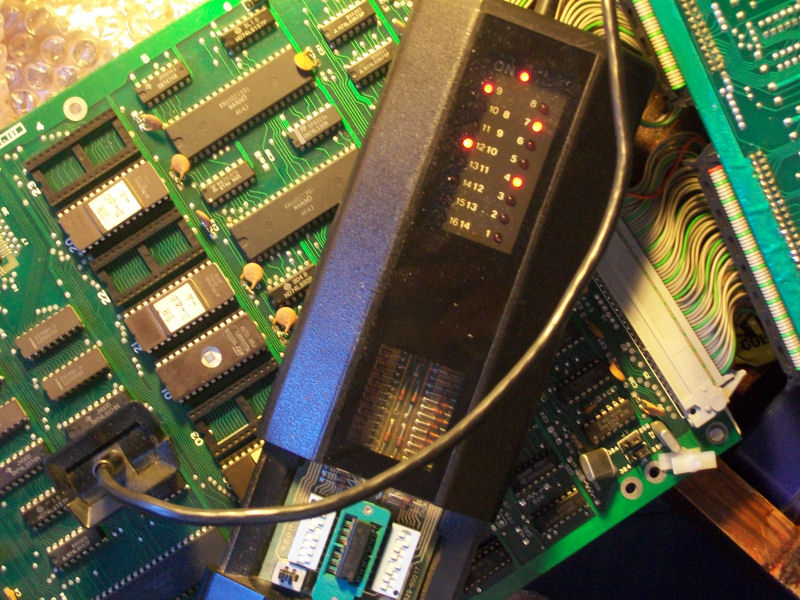 So troubles on all its outputs that were confirmed from my logic proble which reported them as stuck HIGH.Obviously IC failed when tested out-of-circuit: 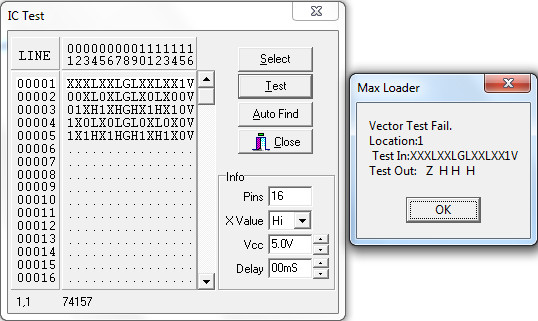 Fitted a new 74LS157 restored sprites but as I said early text/character colors were wrong compared to MAME emulation correct ones.Text colors BPROM was dumped fine so I went to dump the two ROMs containing this part of graphics and I found they were swapped into their respective sockets (on the left the wrong positioning, on the right the correct one) :

This fixed board completely.End of job.