Konami do always great games and one of them is, indeed, The End.Manifactured by Stern electronics, it was released and licensed by Konami in the far 1977.Game itself is a mixture of Space Invaders, Galaga and Phoenix.I got this board from same previous repaired boards batch and it was really in excellent shape (I could say ‘NOS’ using an Ebay terminology) for a piece of hardware with nearly 40 years on the back: 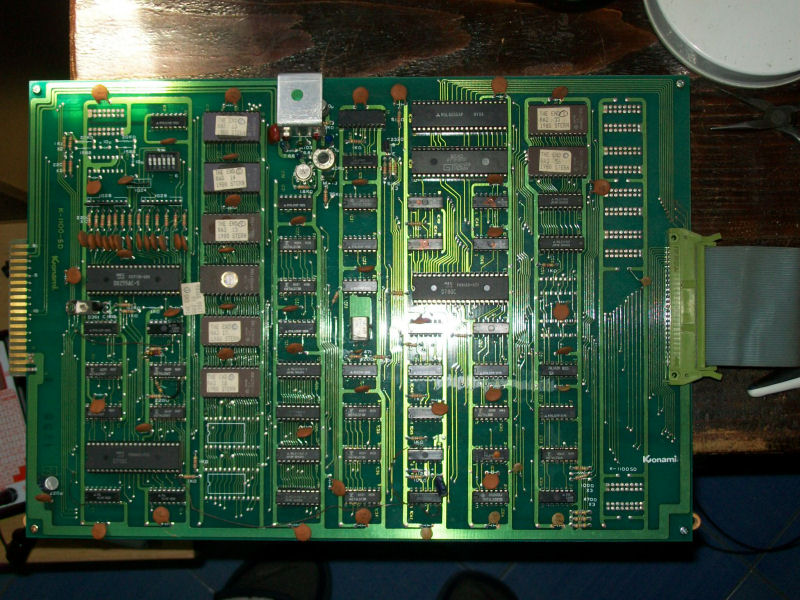 It came with its JAMMA adapter from Konami classic pinout (-5V required), it played fine but there was no sound at all, I could only hear some faint rustles coming out from the speaker.

Digital audio circuit is made of a Z80 CPU and a AY-3-8910 sound generator.Code ROMs were good but when I probed the two 2114 RAMs I found that address line A7 was stuck high on both.Studying a bit the hardware I could figure out that Z80 addresses the two 2114 through four 7408 quadruple AND gates.And I could trace the stuck address line back to PIN6 of the 7408 @IC41 (a Mitsubishi M53208P to be exact).I probed inputs and they were toggling fine while its output was, indeed, stuck high.So, without hesitations, I desoldered and tested it out-of-circuit: 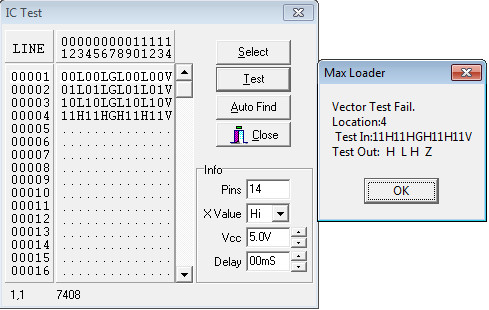 It failed miserably.Fitted a good one  and I was able to restore the sound to this “aged” board.