Ive had this board for absolutely ages and originally never bothered trying to repair it as the game is rubbish(IMO).
Since then I forgot all about it until yesterday when I was having a clear out of old boards. So today I thought id have a go at fixing it up.

It had a few issues.
First, the graphics had jailbar lines through them
Second, the colour palette was wrong
Third, the pad at the edge connector for Speaker+ was completely missing

I removed the smaller sound board from the top and started looking into the jailbars. 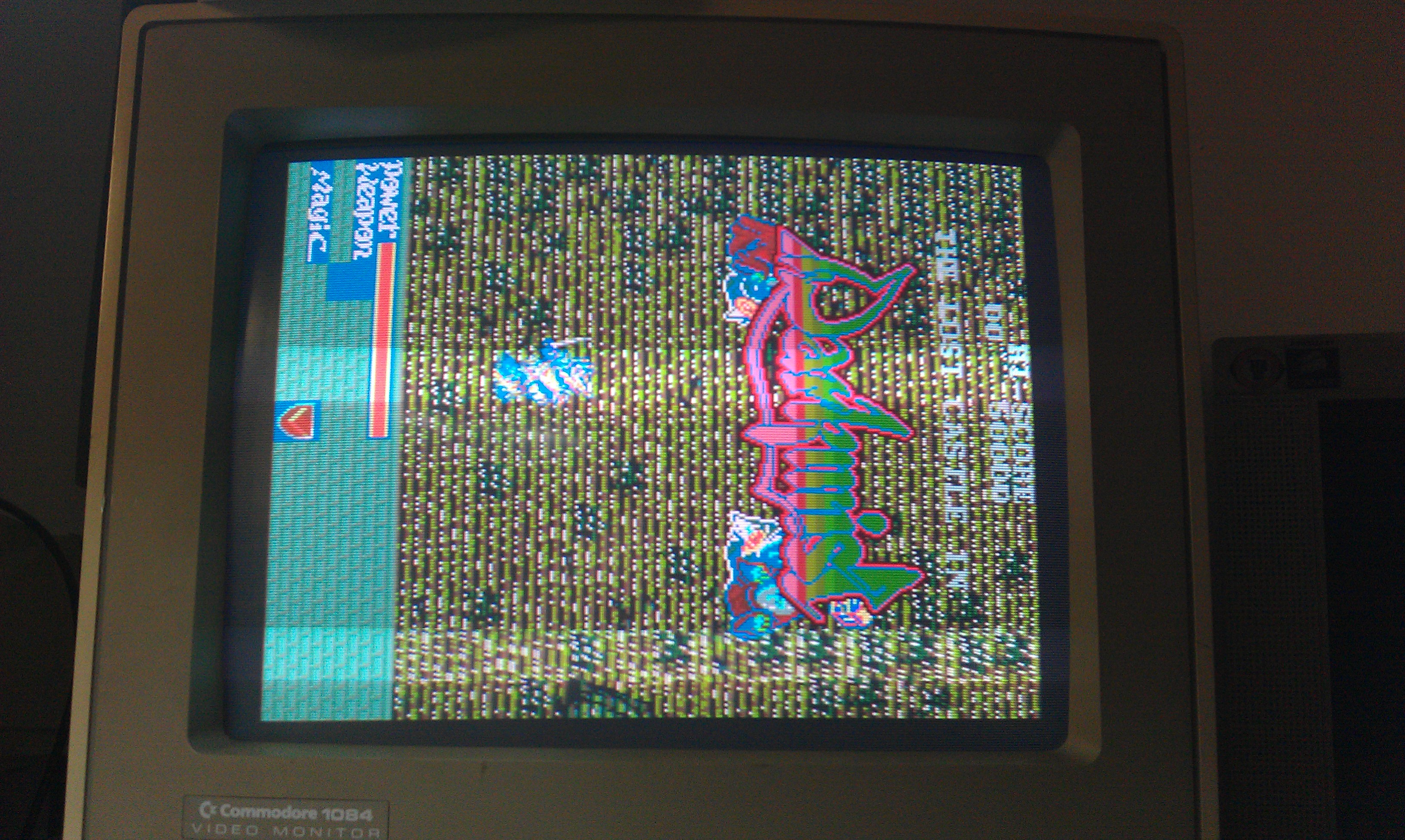 Jailbars are quite often a sign of a dodgy ROM. These disappeared when I touched the back end of the board. I narrowed it down to a ROM marked “2”. 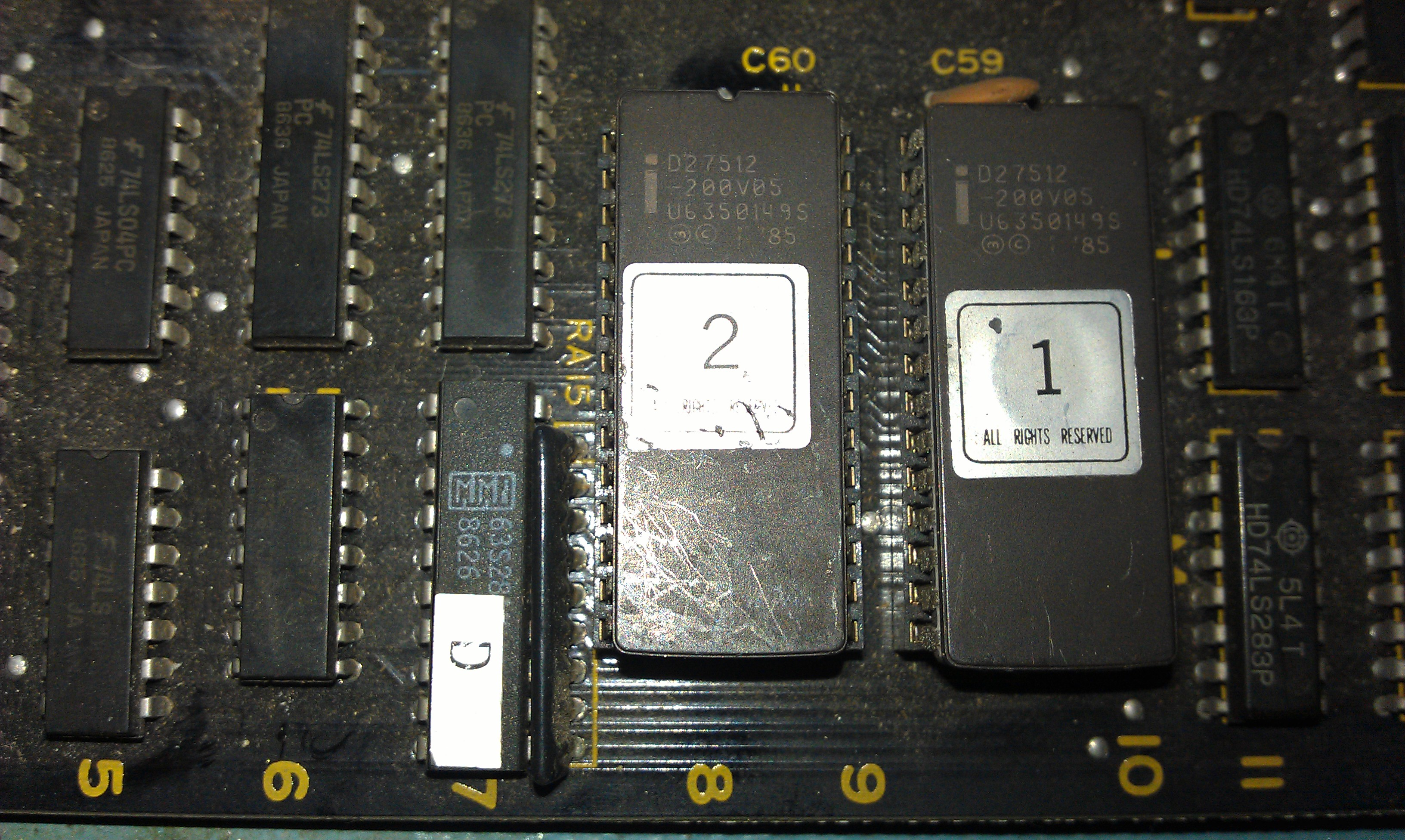 Simply pulling it and reseating fixed this problem. 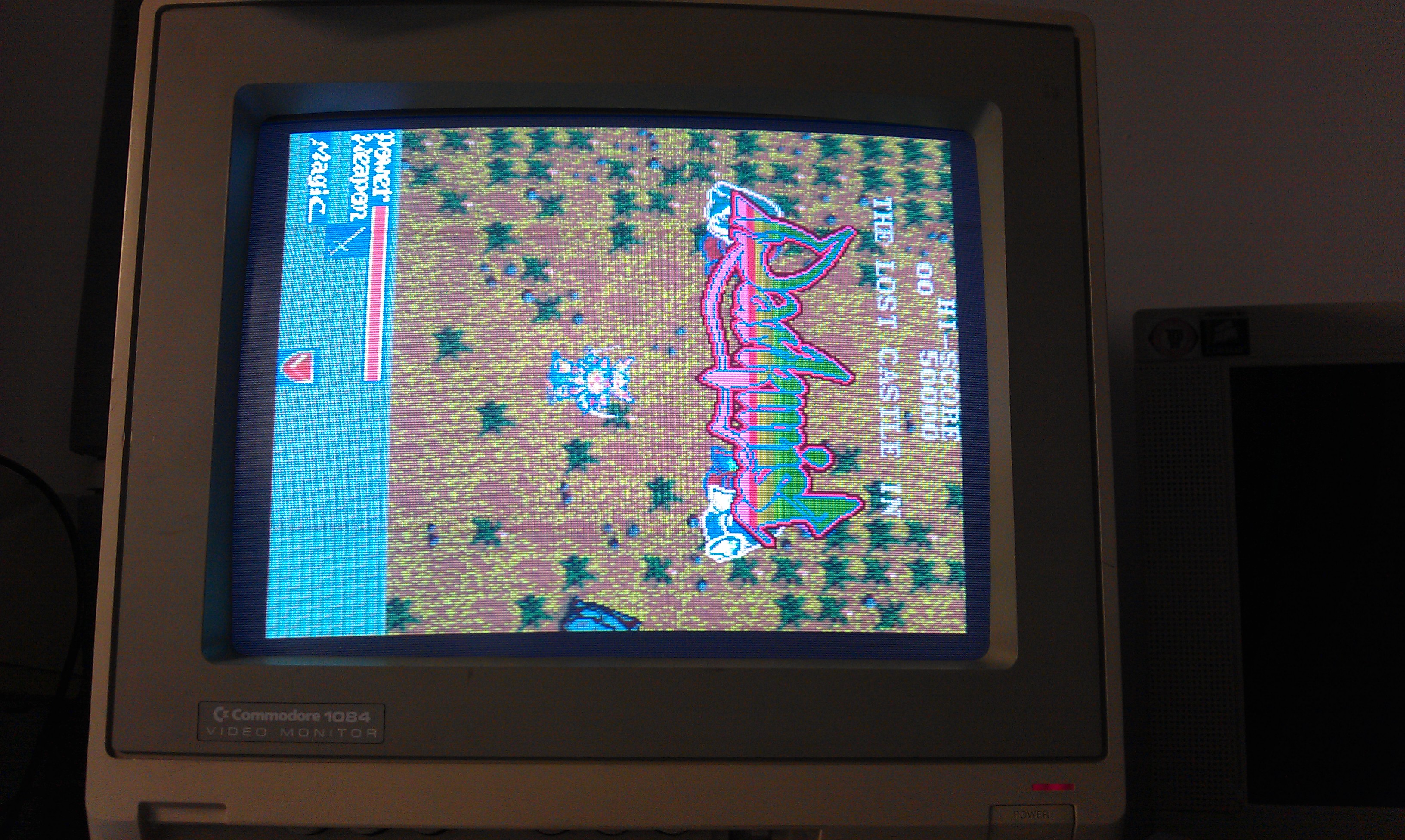 On to the palette issue. 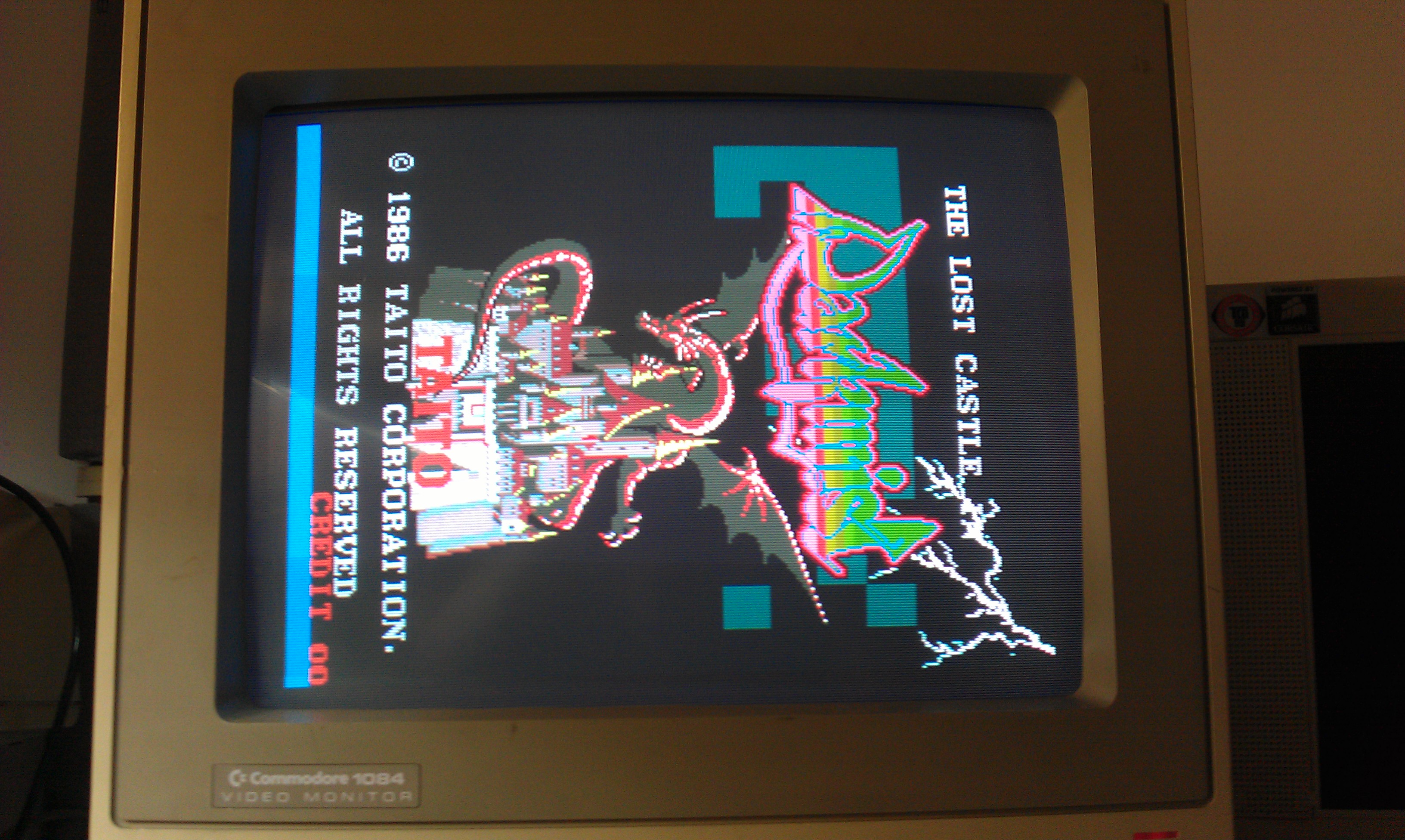 There are quite a few PROM’s on this board that are responsible for the colour tables, if one of these was gone I probably wouldn’t have bothered fixing it as they are becoming super rare and expensive. As it happens I traced the fault back to the two TMM2015 palette RAM chips. 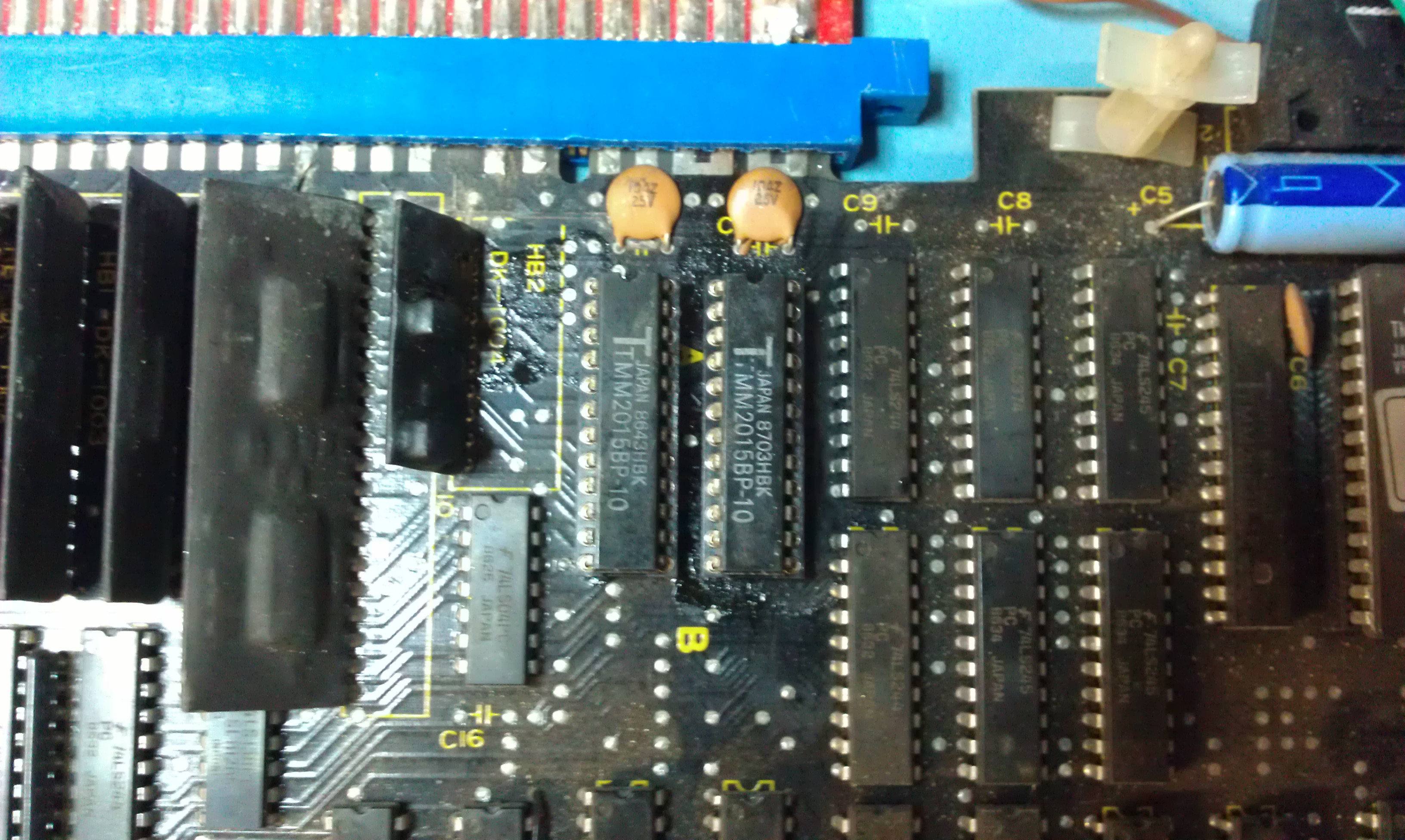 The both looked fine on the scope so I had to pull the pair of them. Sure enough one was faulty. Replacing this fixed all the graphics problems. 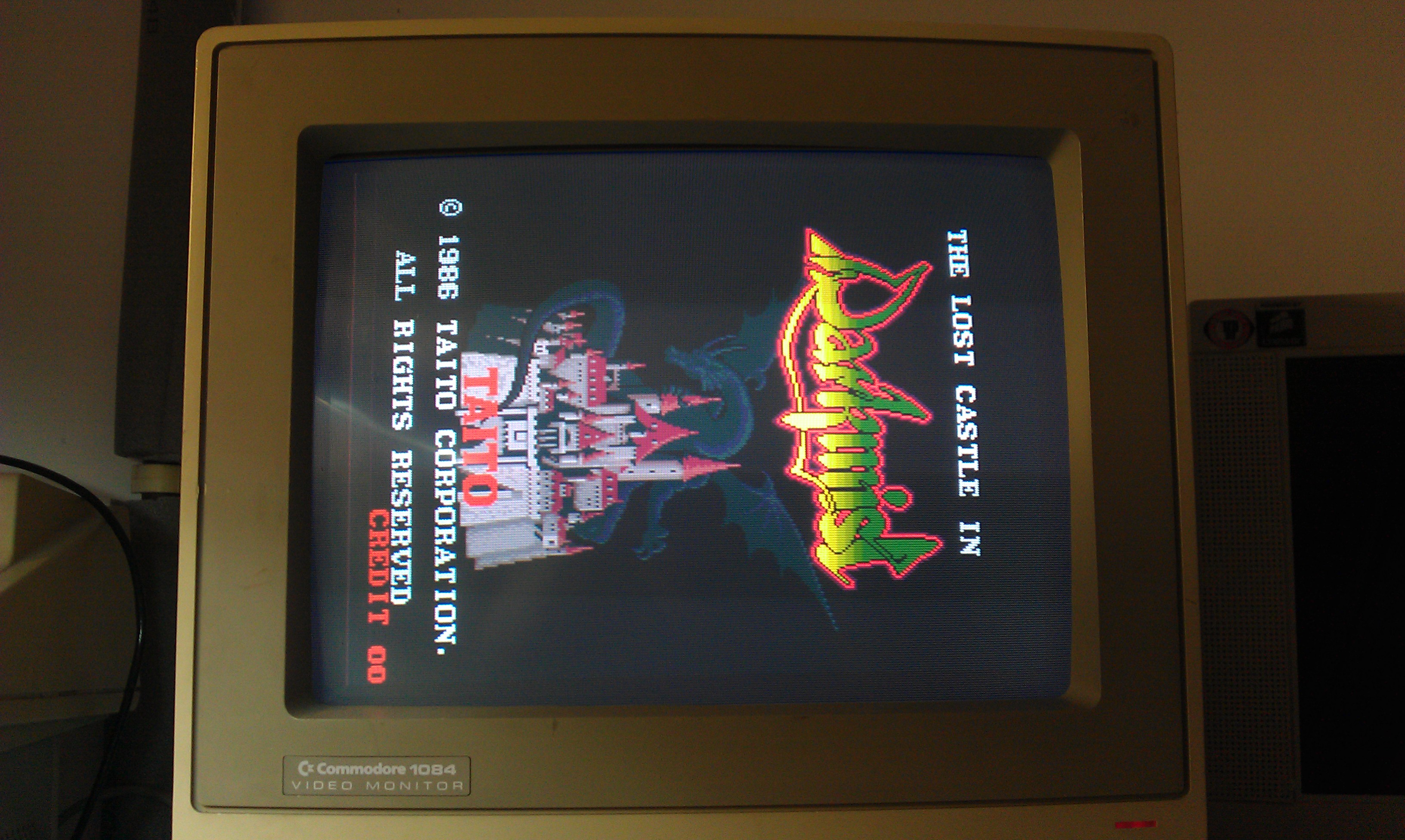 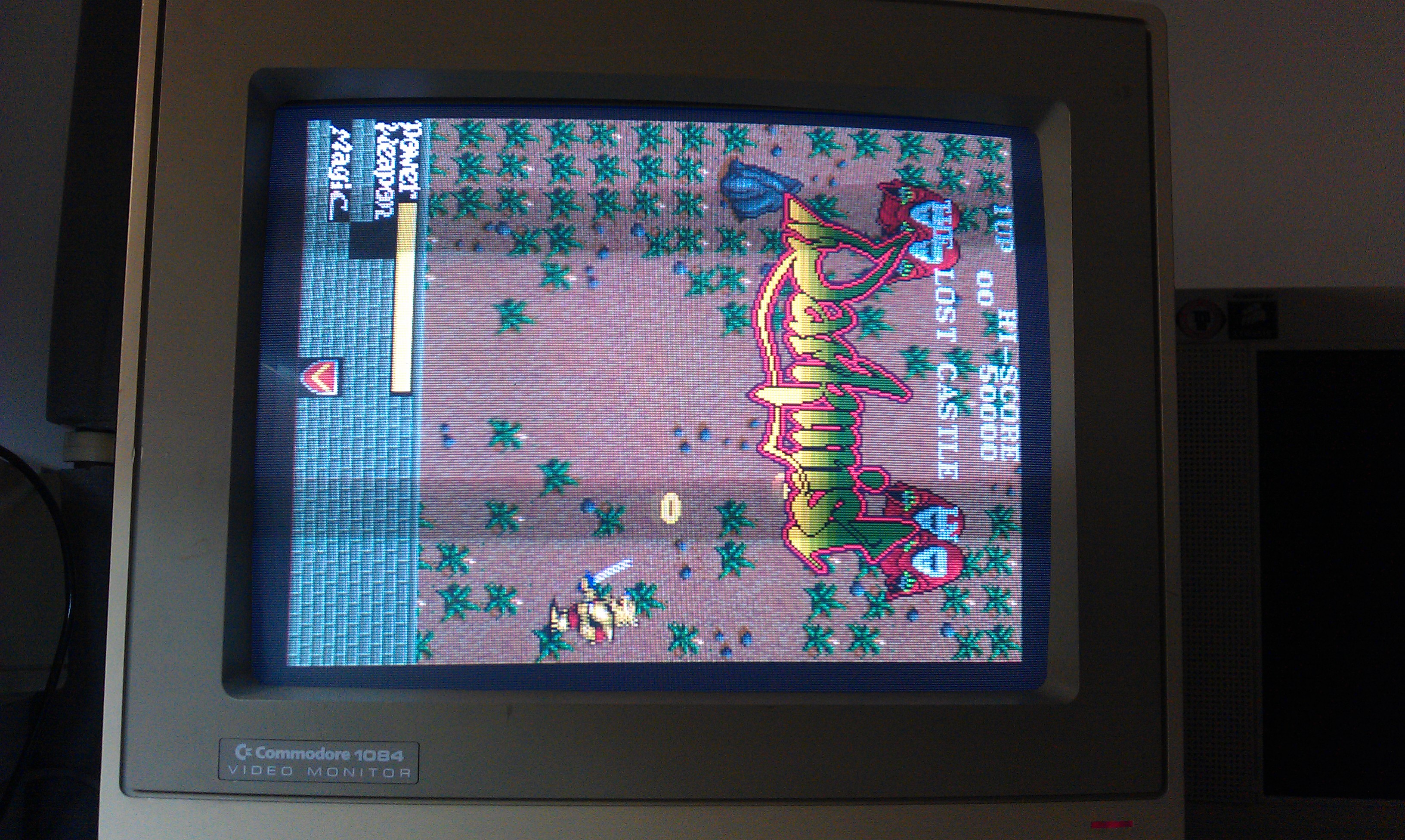 There isn’t a great deal I can do about the missing pad at the edge connector. I’ve currently got a flying lead soldered onto my test rig connector.
I will probably end up soldering a 2×28 way connector onto the original edge, run a wire from the sound output to the new connector and fit one of those small finger boards.

The game is still rubbish though!

3 Responses to “The Lost Castle in Darkmist repair log”