My friend Luca sent me this original Konami The Main Event PCB (a decent wrestling game): 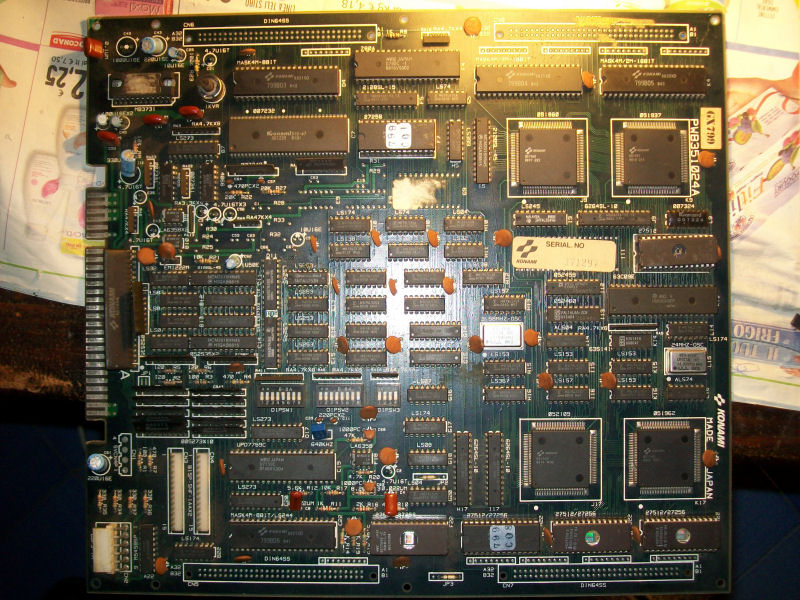 After booted up game showed a clear sprite issue:

In these Konami boards sprites DATA are stored in 40 PIN 4Mbit MASK ROM so I went with my logic probe on the two ones @K4 and @H4 and found that the one ‘799B05’ @K4 has some DATA lines inactive.This was confirmed also by the MASK ROM test: 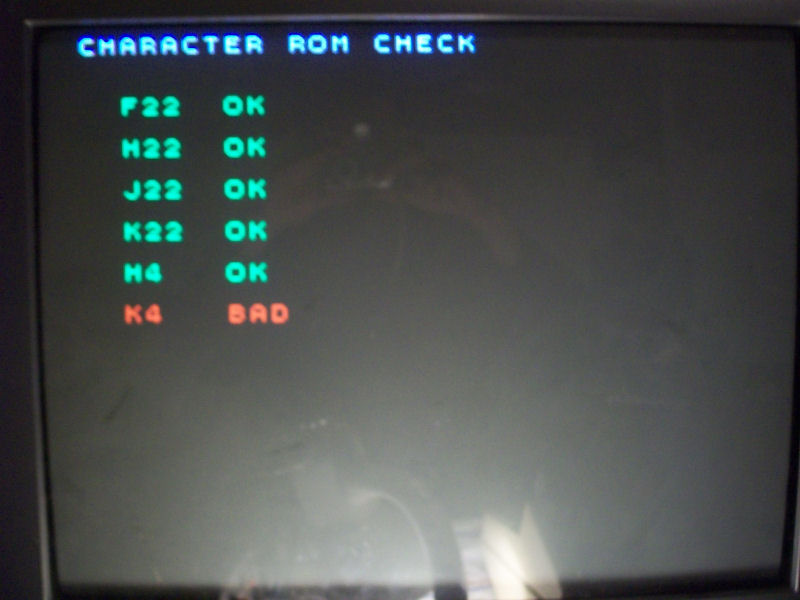 Reprogrammed the DATA into a 27C400 EPROM replacement gave me correct sprites:

Next issue to troubleshoot was the absolute lack of sound.Using my HP10529A logic comparator I found a 74LS74 @G5 with bad outputs but this was not enough to restore sound.Probing the audio Z80 CPU I found that all the control lines were silent so this convinced me to replace it (I had confirm it was really bad as I tried it in another board).At this point I had sound but only some speech samples randomly played.Analyzed the 2018 SRAM @F5 and found weird activity on DATA/ADDRESS lines.Desoldered and tested it confirmed it as bad: 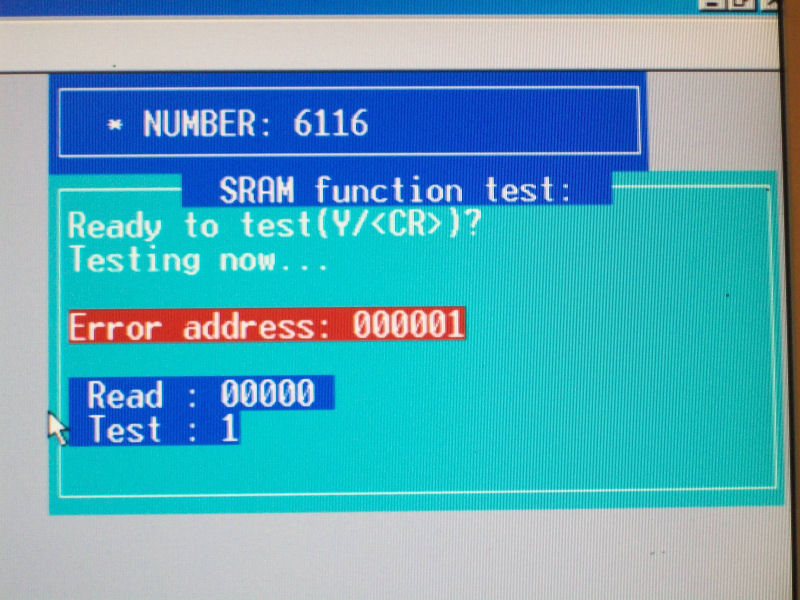 Sound was finally fully restored.Last issue I had to solve was that some Player 1 inputs were not working, for example COIN 1 were stuck LOW as shown in TEST MODE: 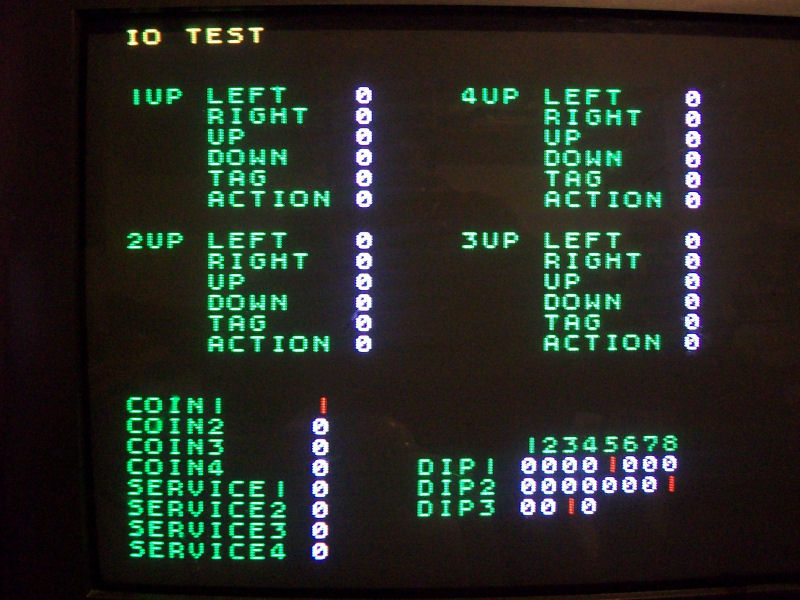 As show in schematics inputs are handled by some 74LS253: 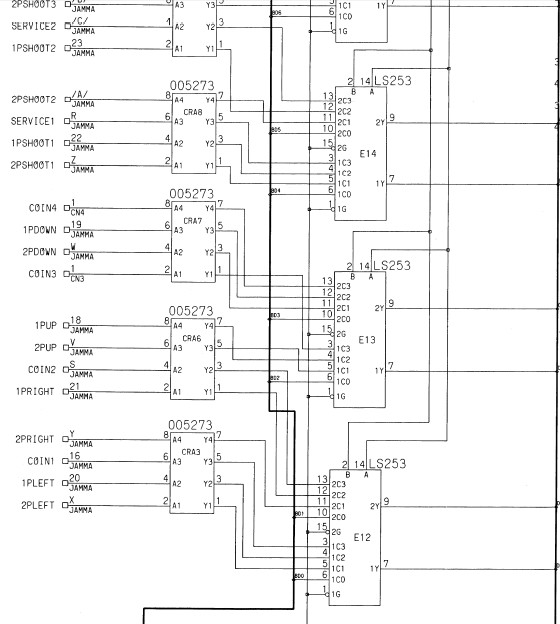 Probing the one @E12 with a logic comparator gave me problem on the two outputs, this was confirmed by out-of-circuit testing: 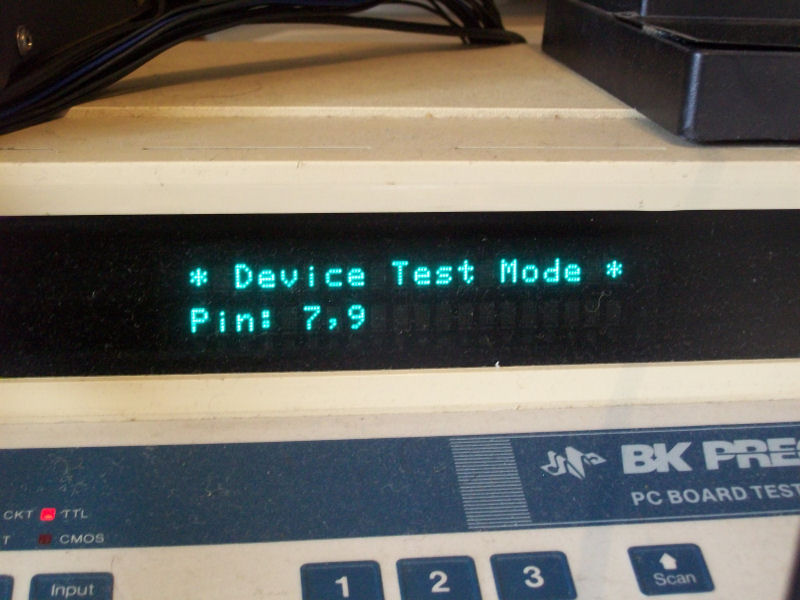 After replacing it TEST mode reported all the inputs working again: 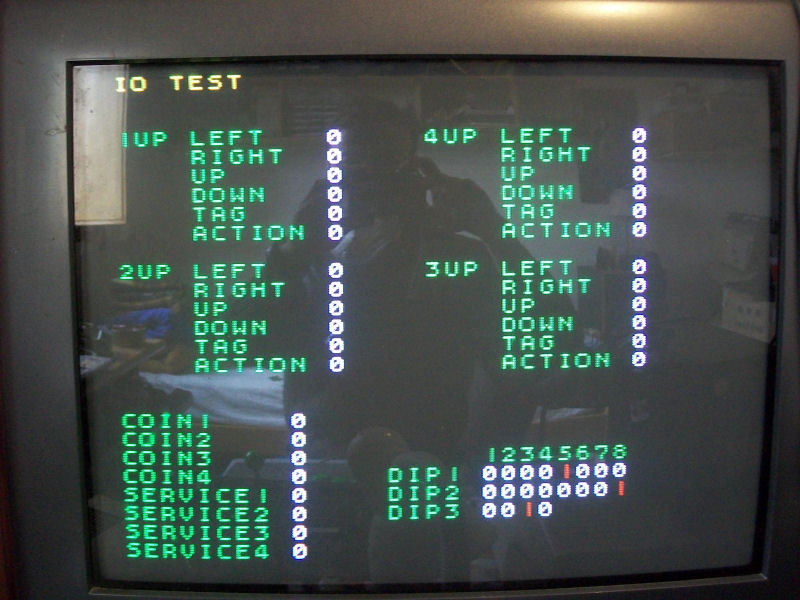