Received for repair from New Zealand this The New Zealand Story PCB (sorry for the wordplay…), the one layer hardware revision : 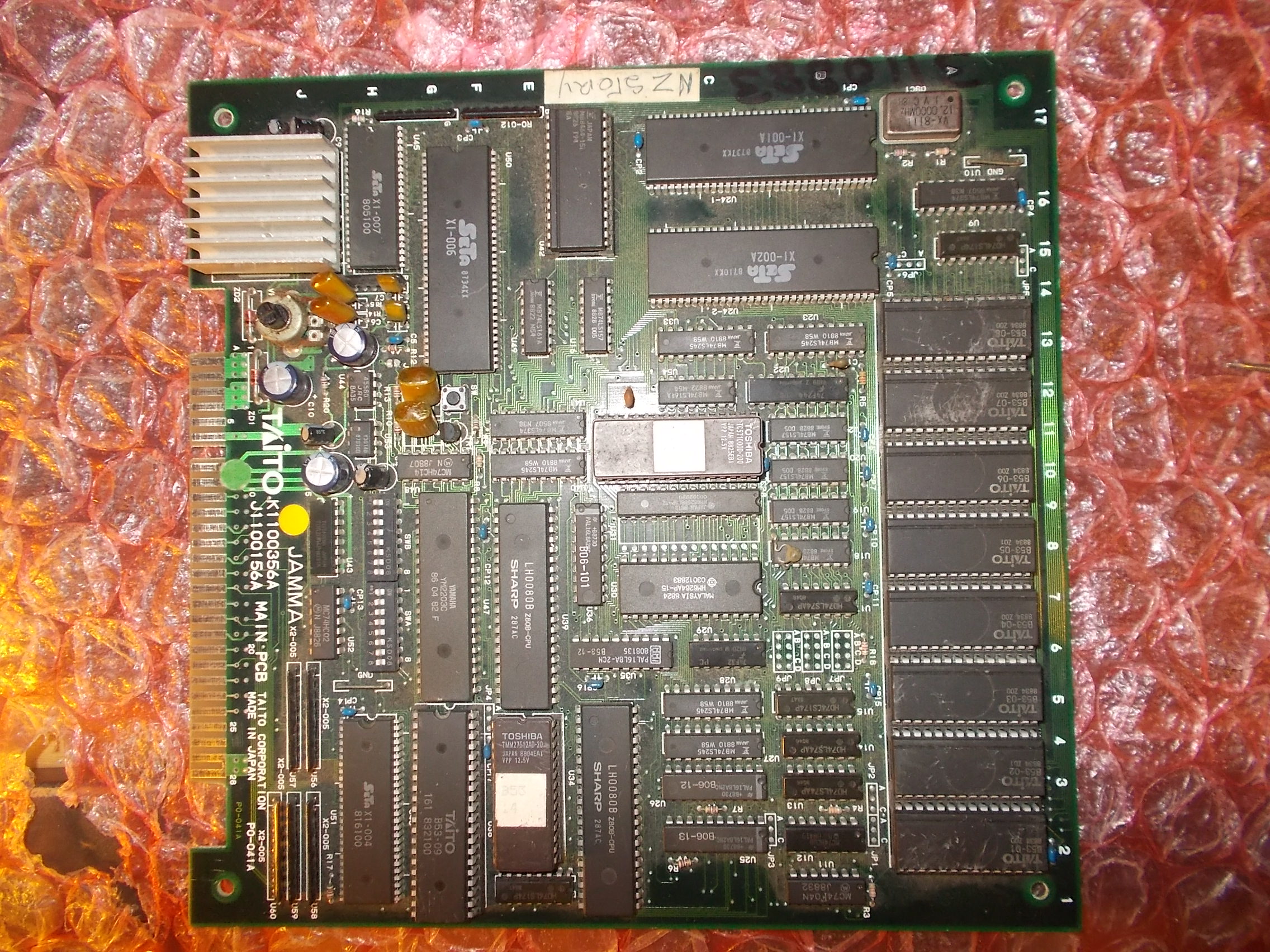 Board booted up but graphics were totally wrong : 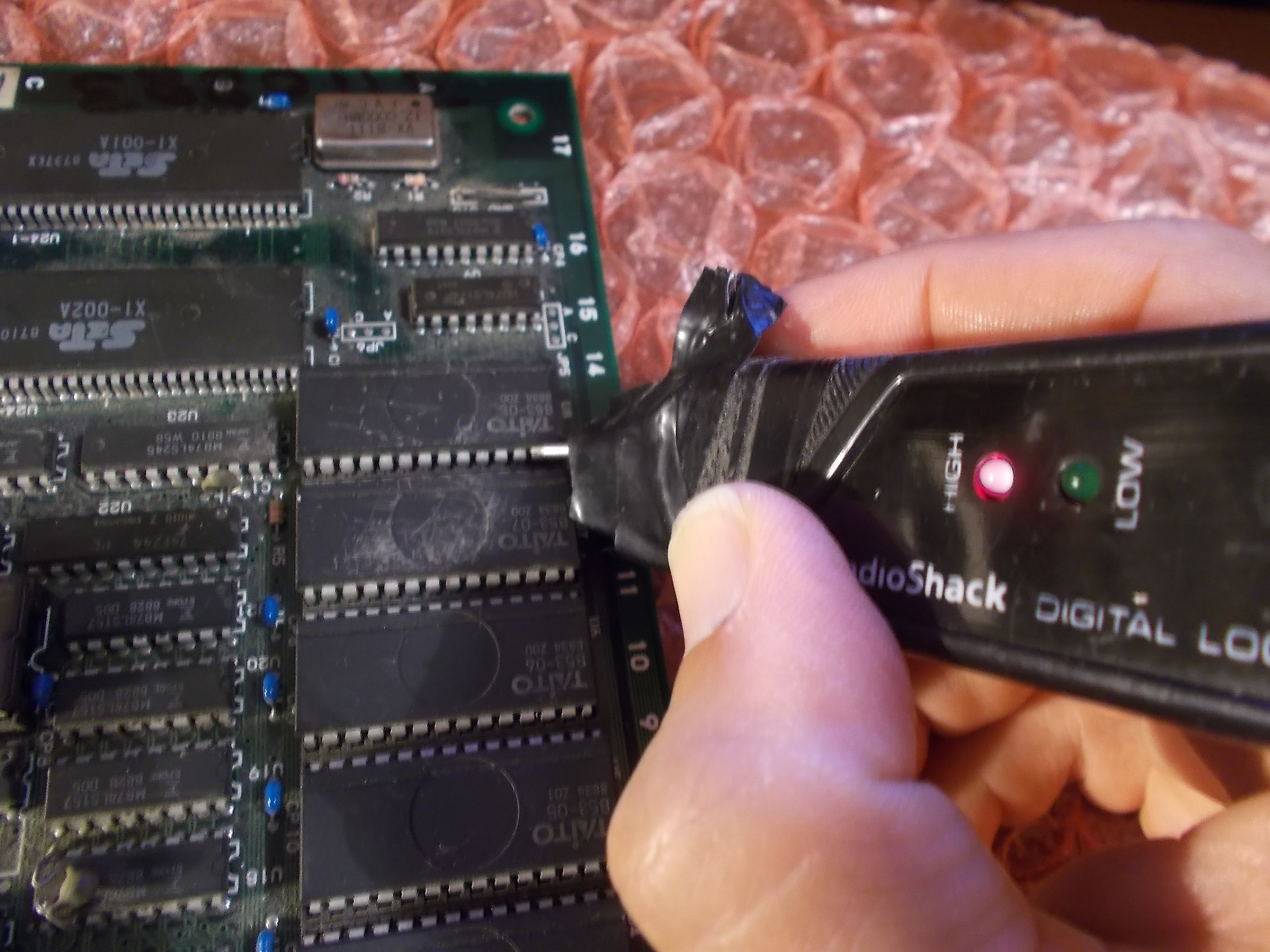 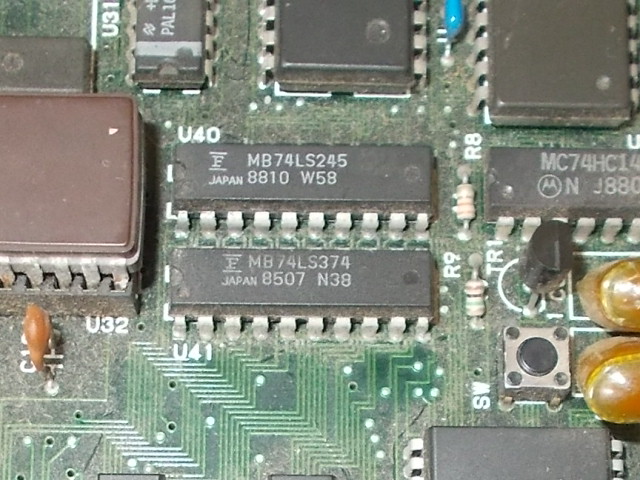 Inputs of it were toggling but all outputs were stuck at undefined voltage level of 1.48V, this is the typical way of failure of Fujitsu TTLs :

The chip failed the out-of-circuit testing, all outputs were indeed in ‘Z’  (or high-impedance if you prefer) state : 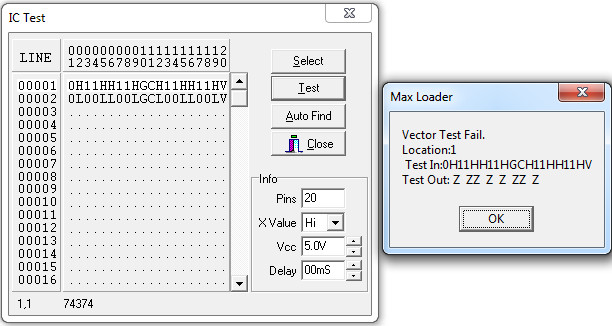 Once replaced the IC the graphics were restored but I noticed some corruption on title screen : 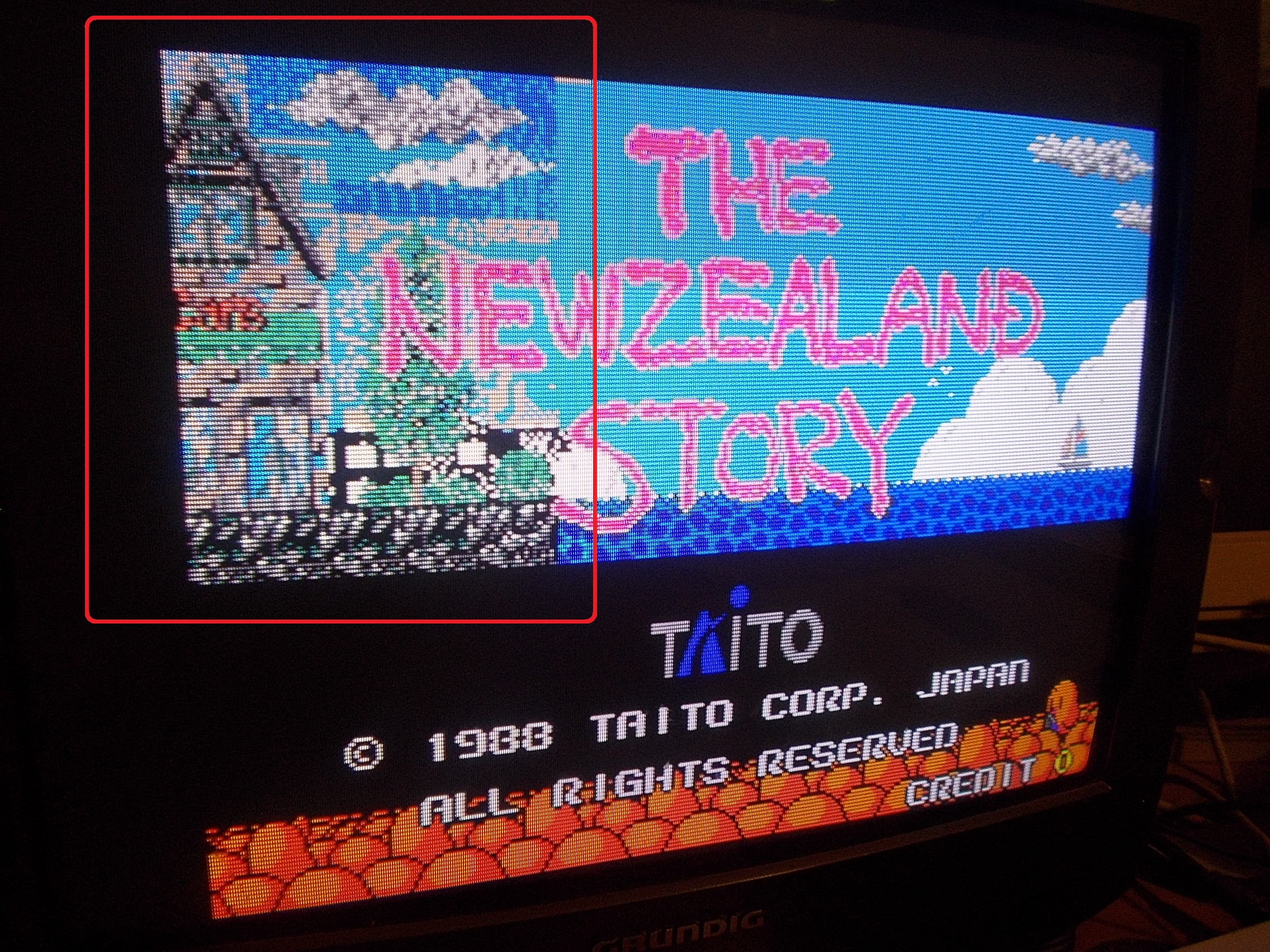 I dumped the 1Mbit MASK ROMs and my programmer complained about the one @U7  : 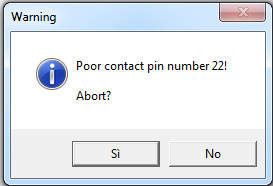 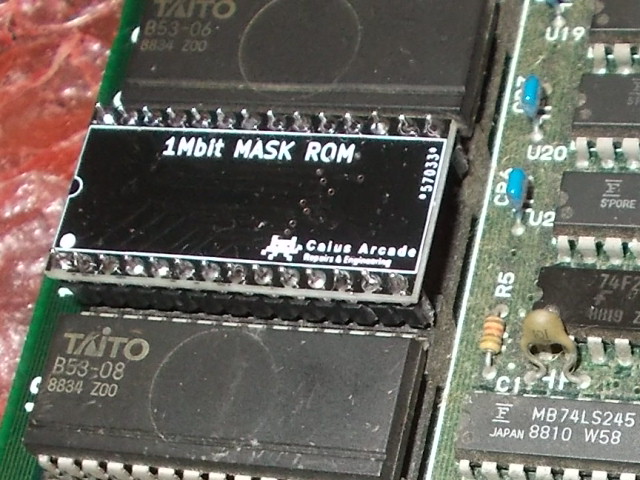 But suddenly during power cycling the graphics went bad again : 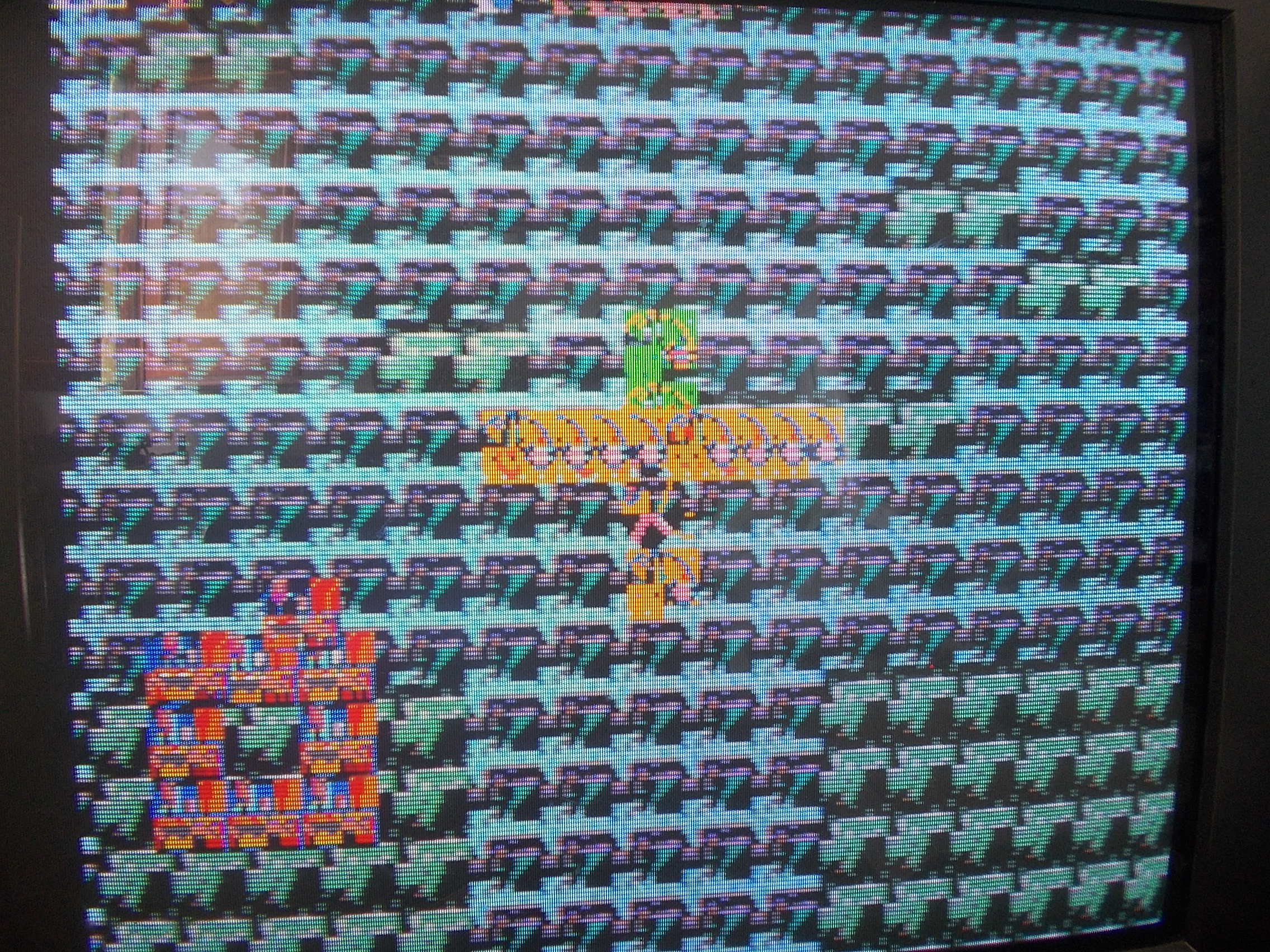 I quickly pinpointed the fault to another 74LS374 @U10 with floating outputs, another Fujitsu one obviously : 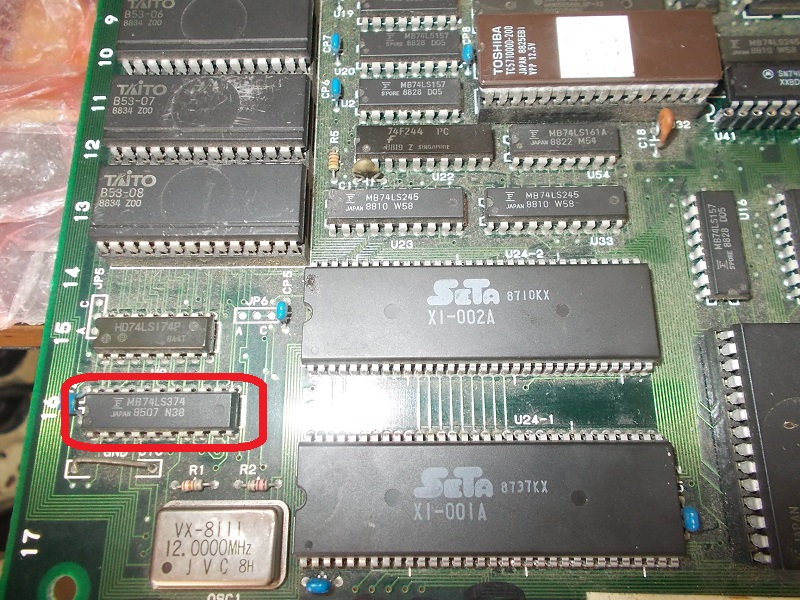 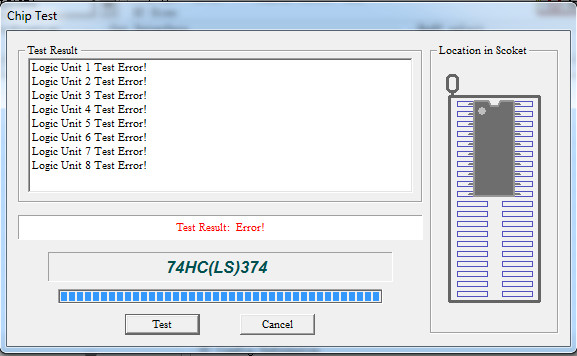 Graphics were now perfect so I started a game but controls didn’t work, the main character of both players moved by itself:

Looking at hardware I figured out the I/O circuit.The inputs from JAMMA connector go to some custom resistor arrays marked ‘X2-005’ and then signals are routed to a 52 pin SDIP custom chip marked ‘X1-004’ that handles them : 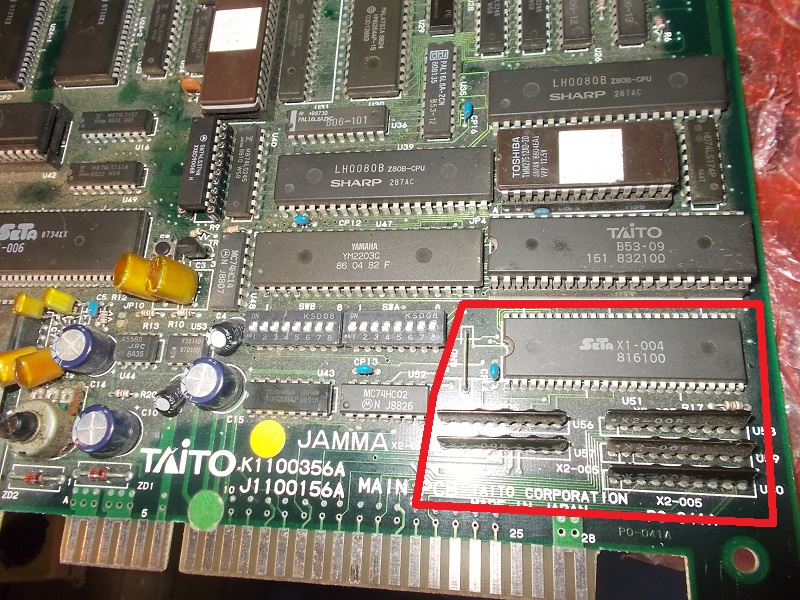 Resistor arrays did their job by pulling-up the signals and then routing them to the custom so most likely the ‘X1-004’ was bad.I played the card of replacing it but I had to struggle before finding a good spare as it seems this custom is quite prone to failure.I tried two donor parts but they were faulty until I caught the good one:

This fixed the controls and board completely.Repair accomplished.