Another board from the box of the “death”: The Simpsons 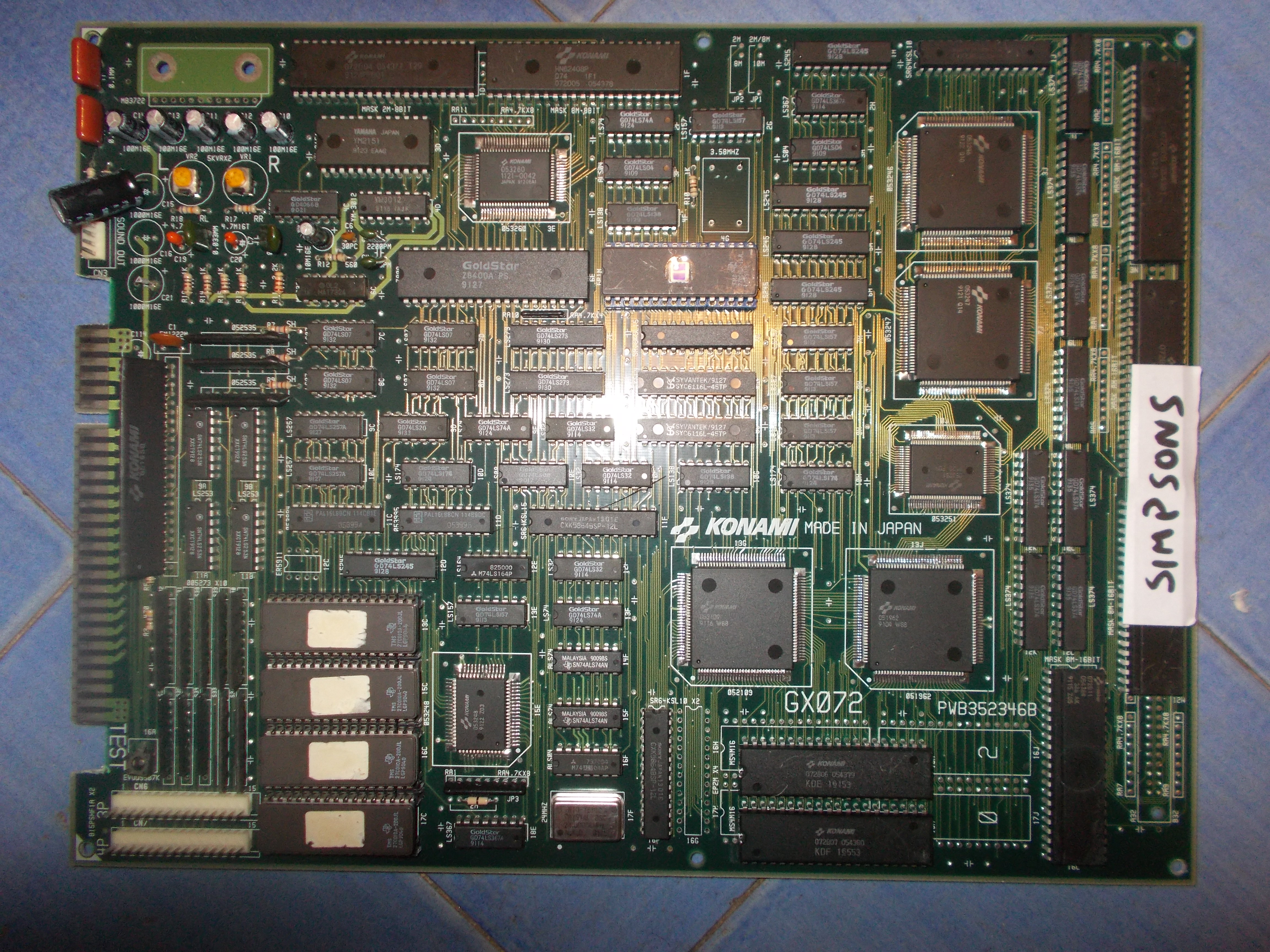 It immediately appeared to be a “desperate case”, board was heavily “harvested”, many components were missing: 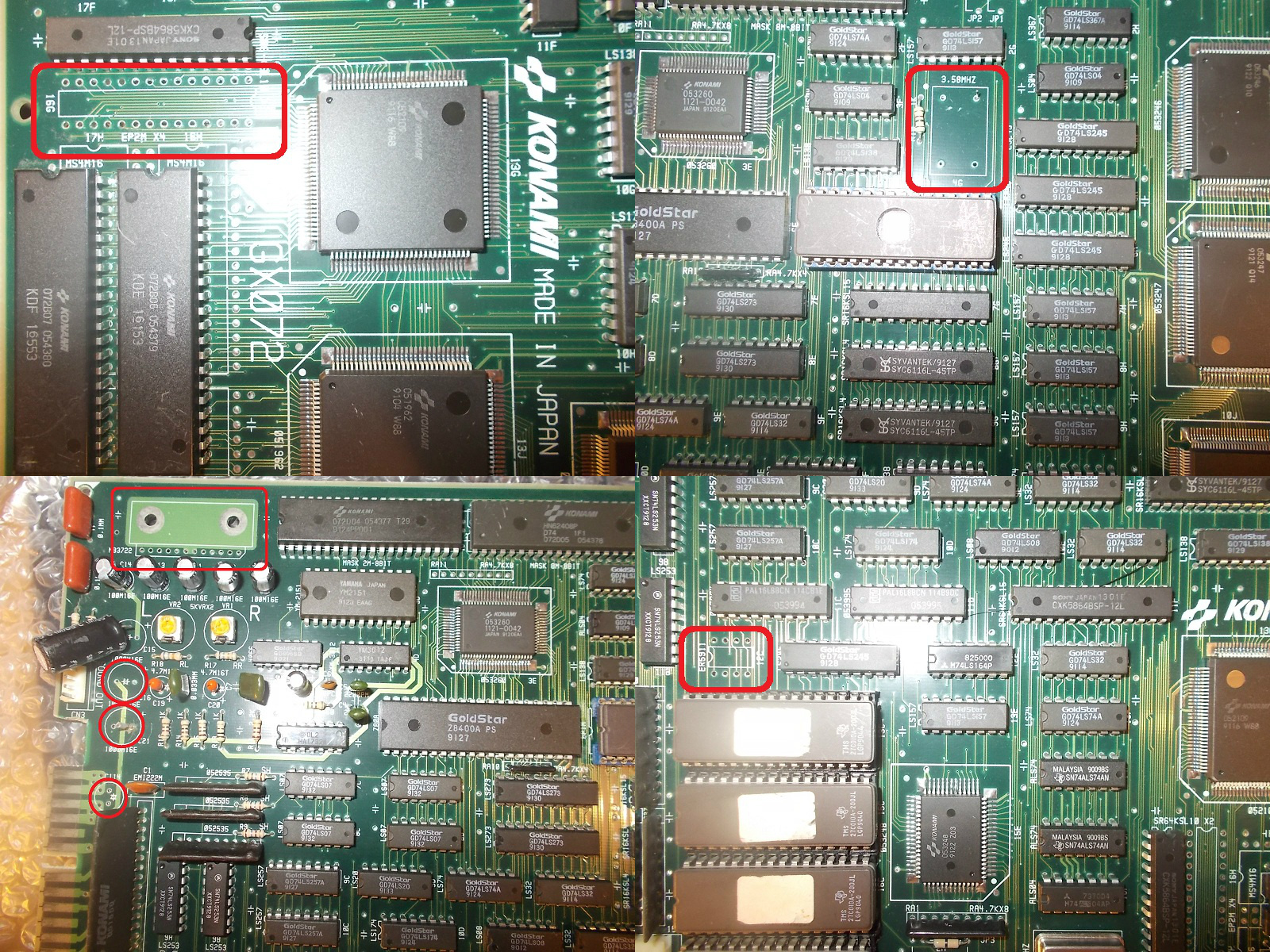 A smashed TEST switch too: 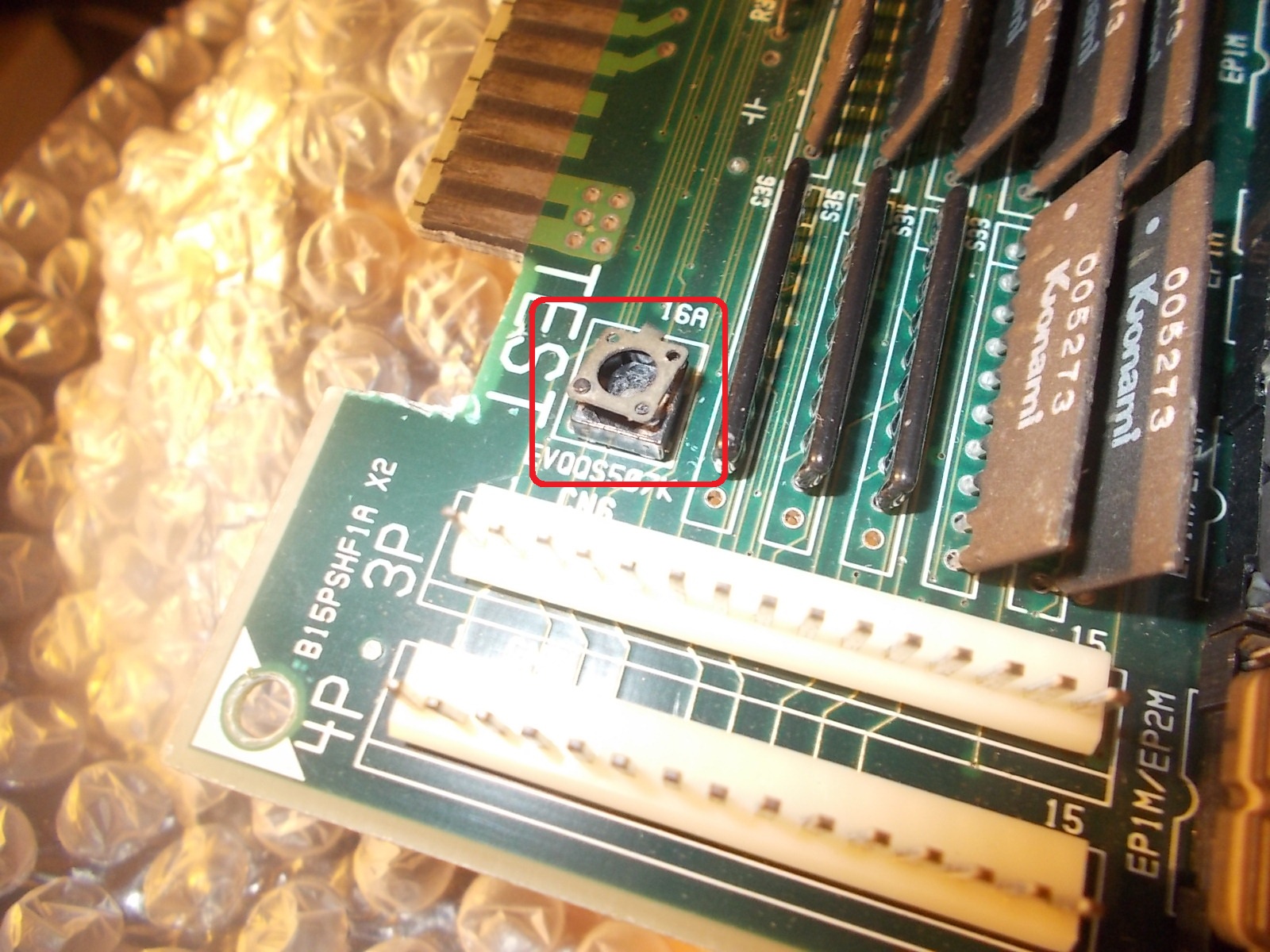 I tried to power up the board and obviously it didn’t work, it was  in an endless loop:

Summing up, these were the missing/broken components : 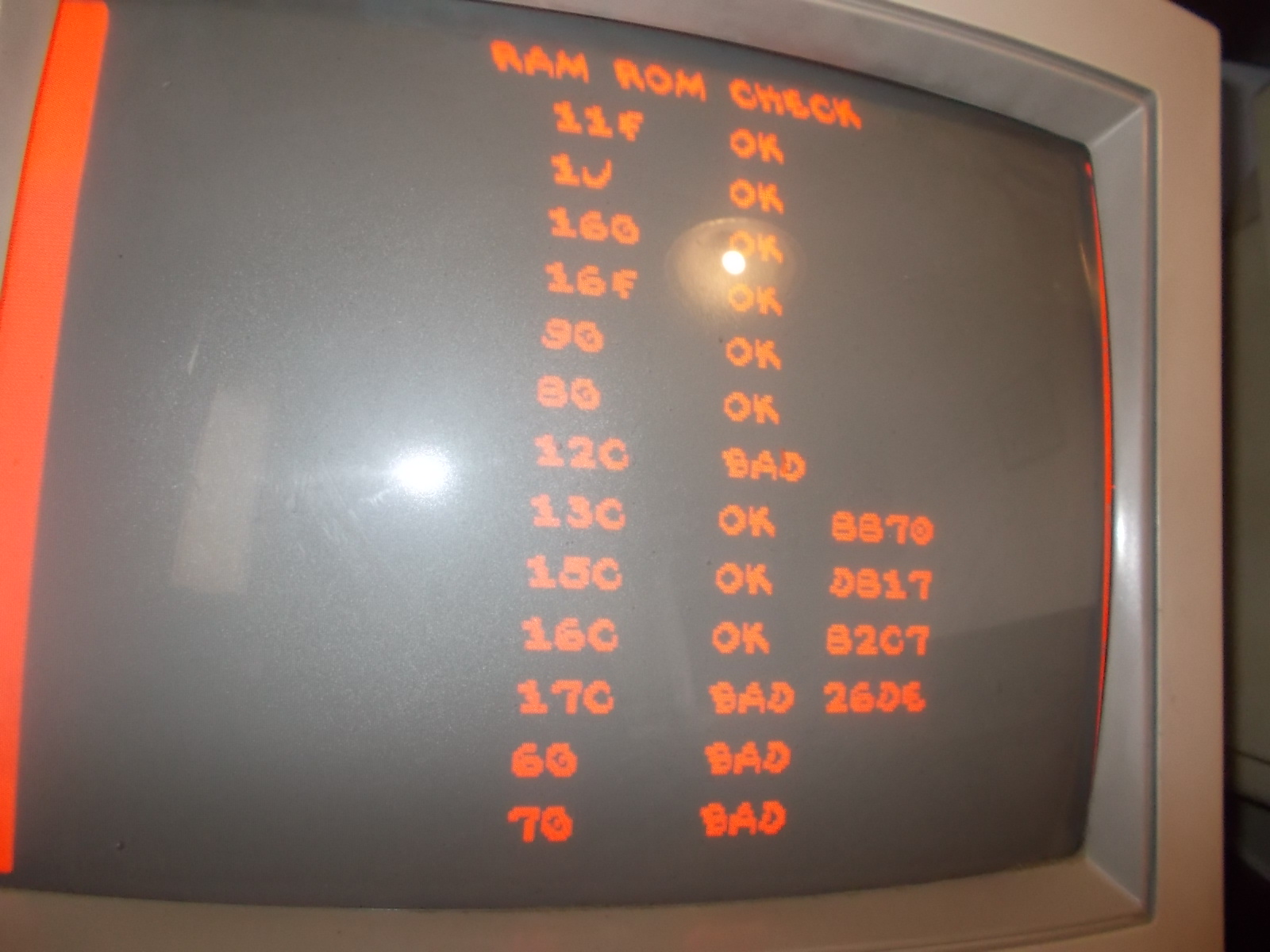 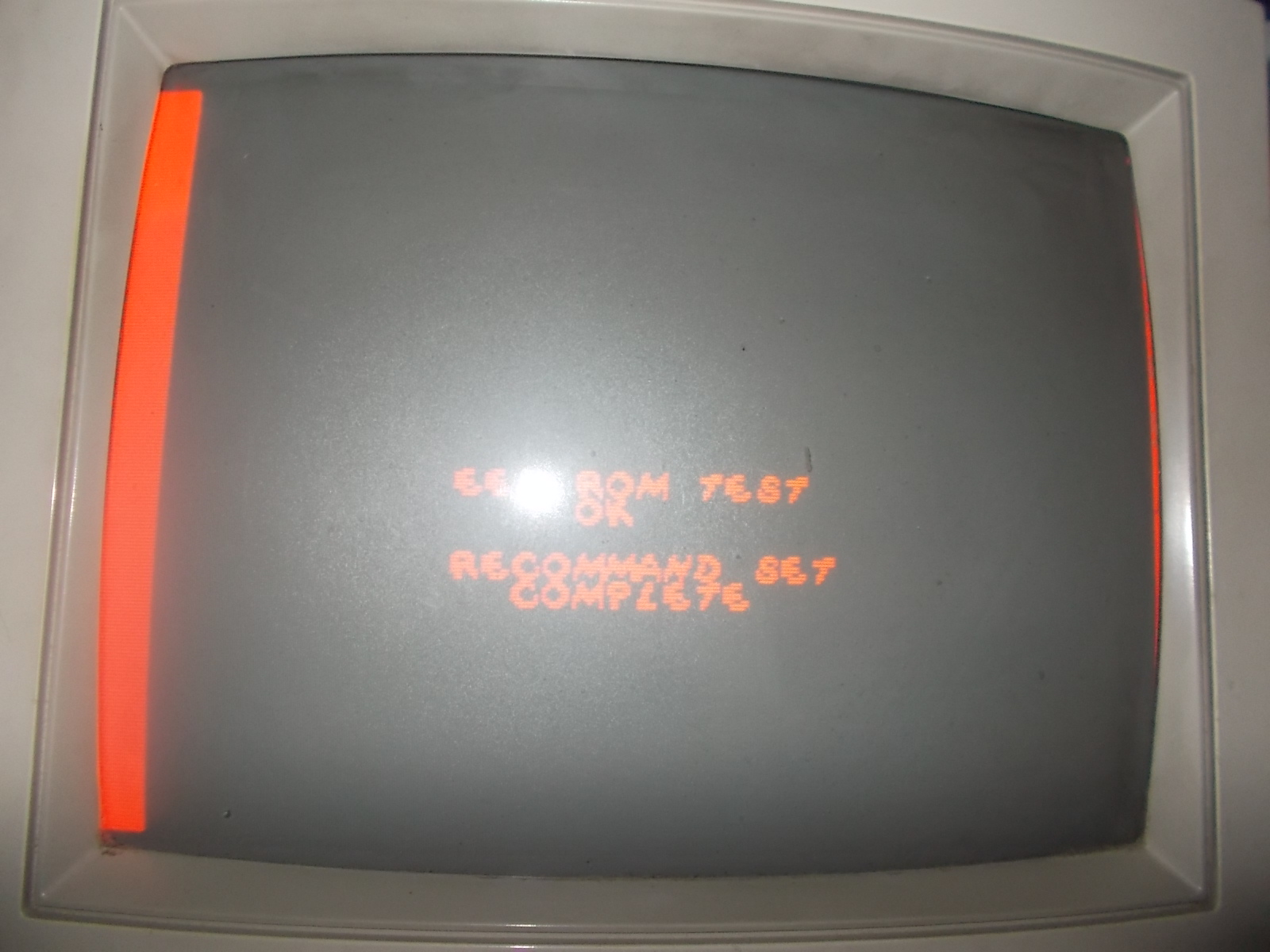 As for the other two errors, I dumped the EPROM @6G and code didn’t match any existing MAME set so I reprogrammed the device with correct code.This cleaared the error but the one regarding the device @7G was still present.Probing the device (a Sony CXK5814, a 2k x 8-bit static RAM compatilbe with 6116) revealed unhealthy signals on data lines: 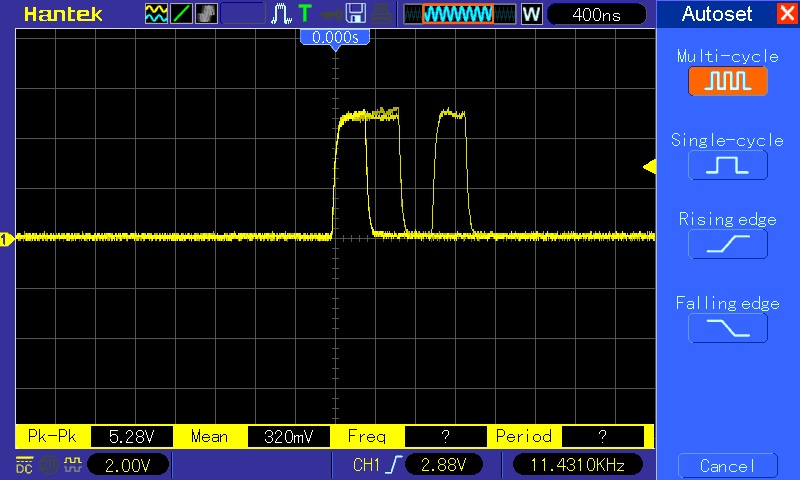 Once removed, the chip failed the out-of-circuit testing:

Finally the self-test no longer complained so board booted into game but colors of some backgrounds were wrong and sprites were mssing parts: 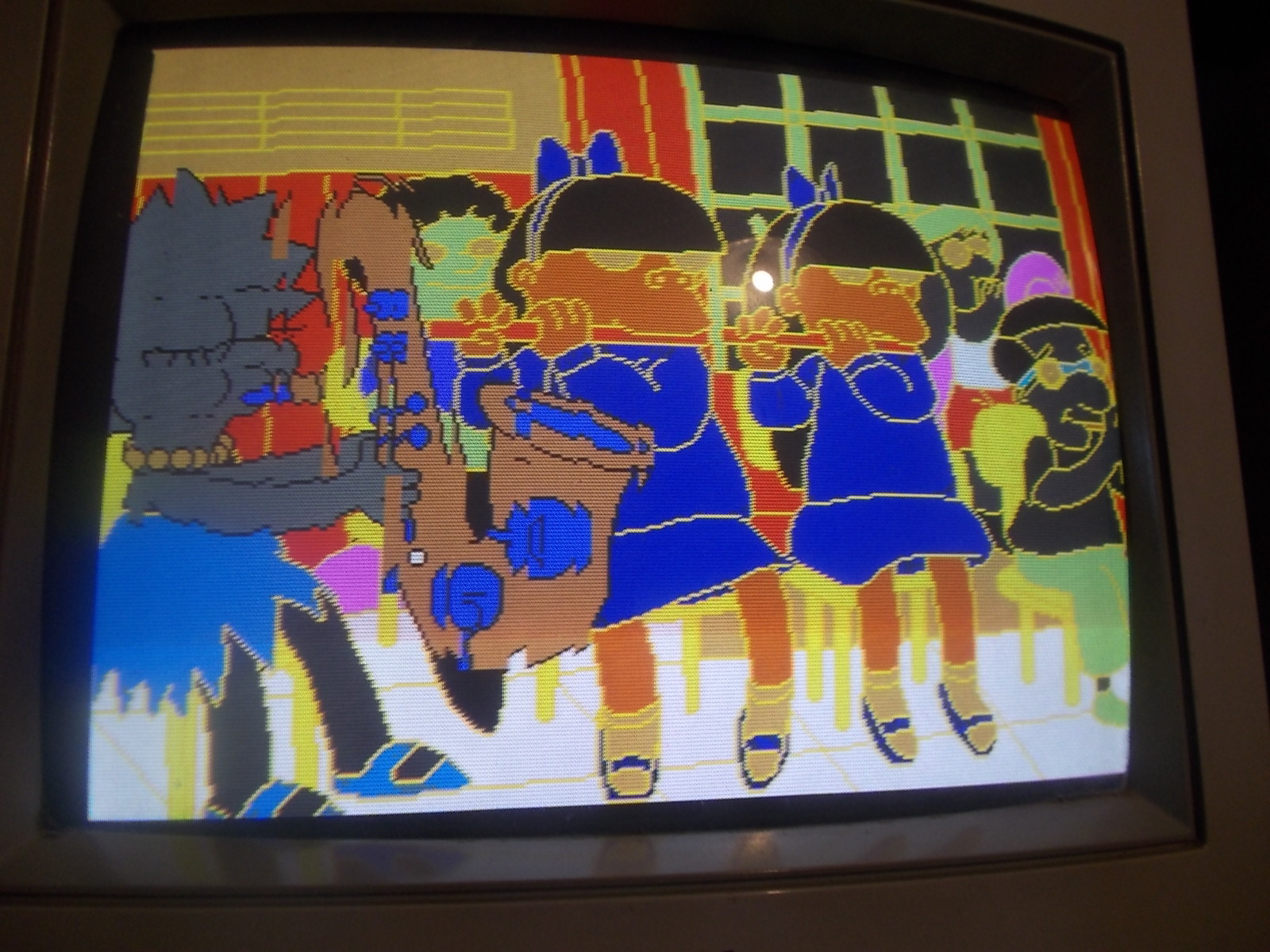 The MASK ROMs check reported a bad device @16L, this is a 8Mbit one containing sprites data: 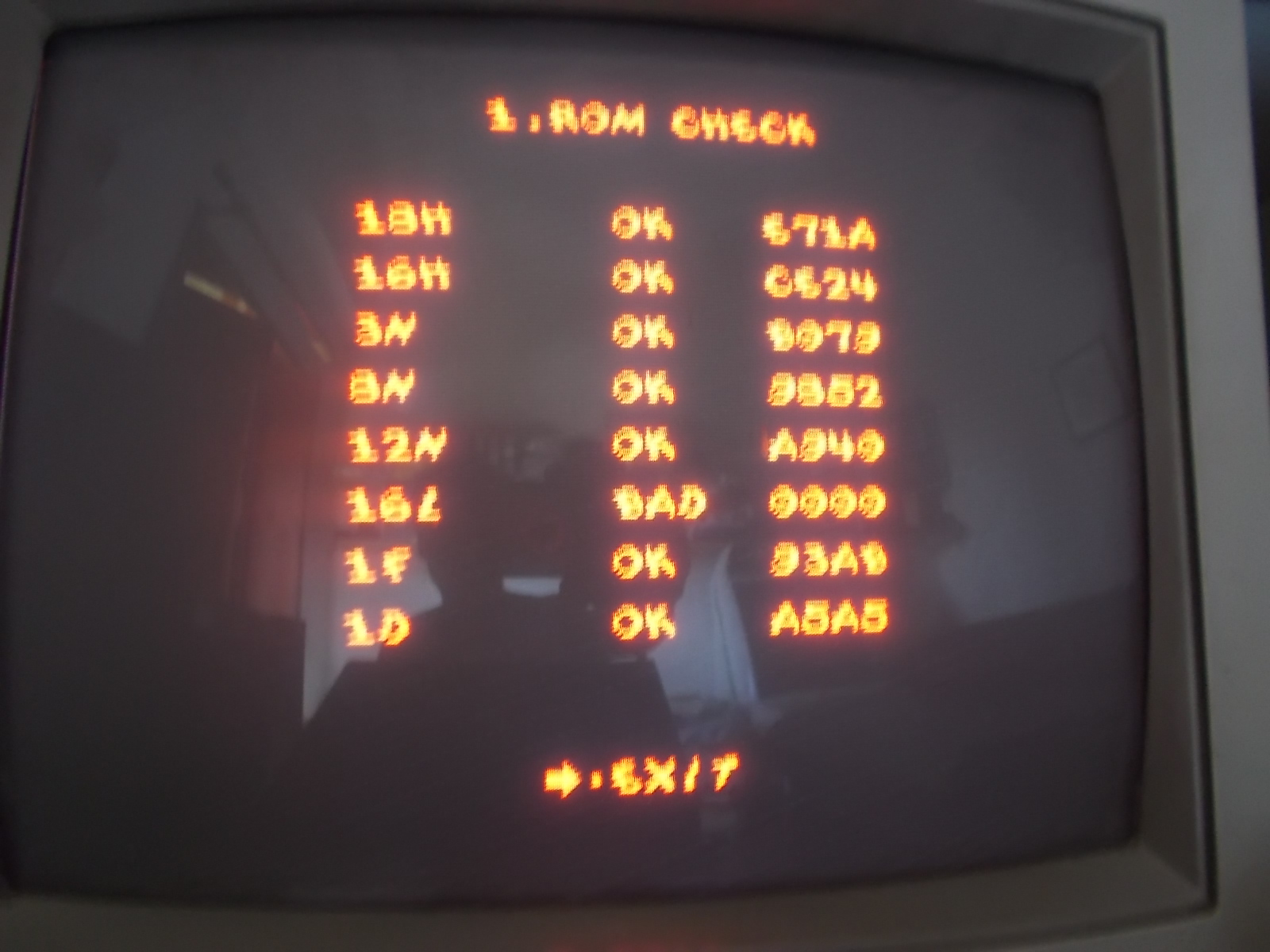 I replaced it with a 27C800 EPROM but with no luck so I focused on the background colors issue.The hardware uses an ASIC marked ‘053251’ which is responsible of palette and priority: 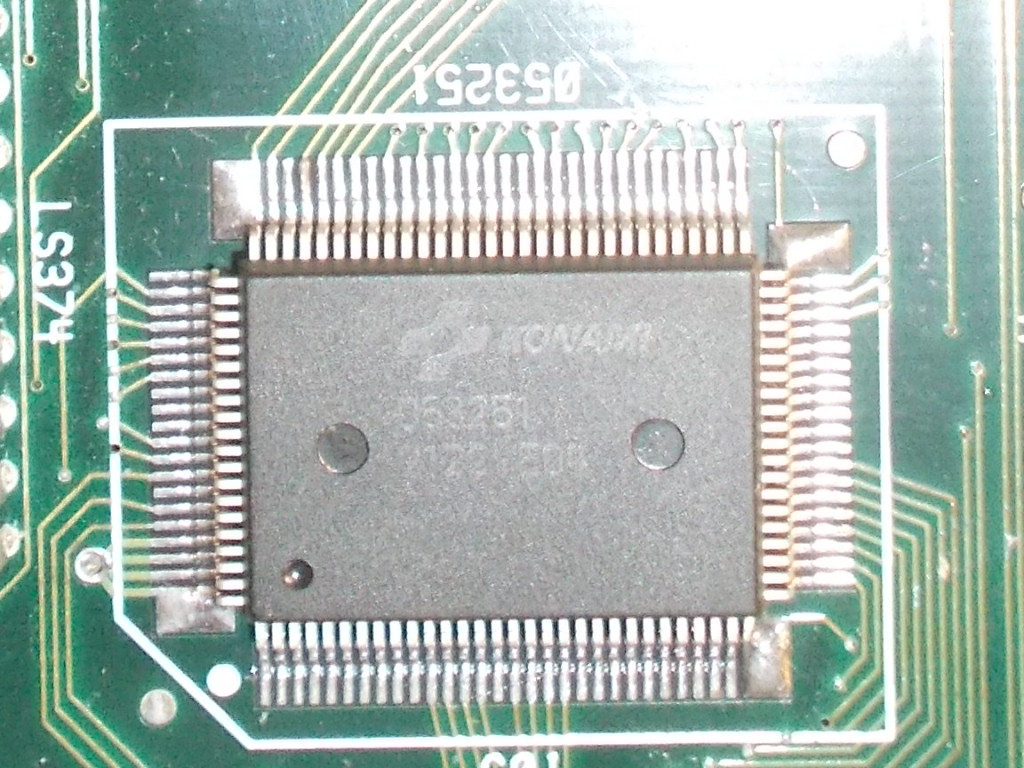 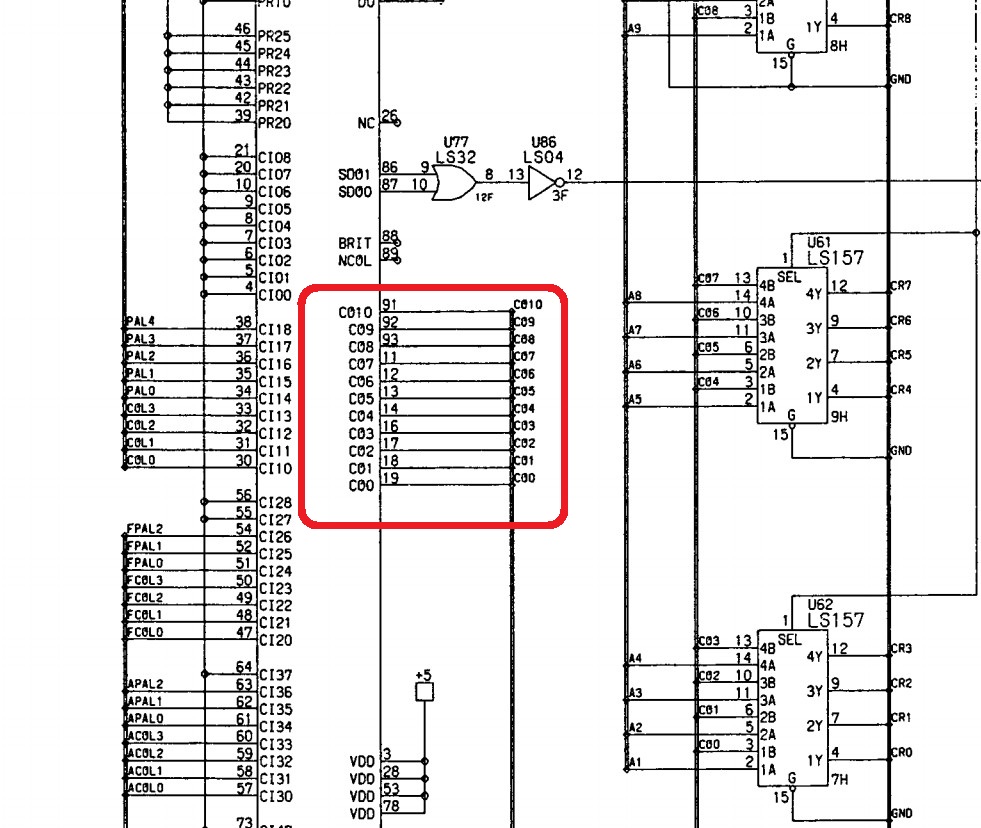 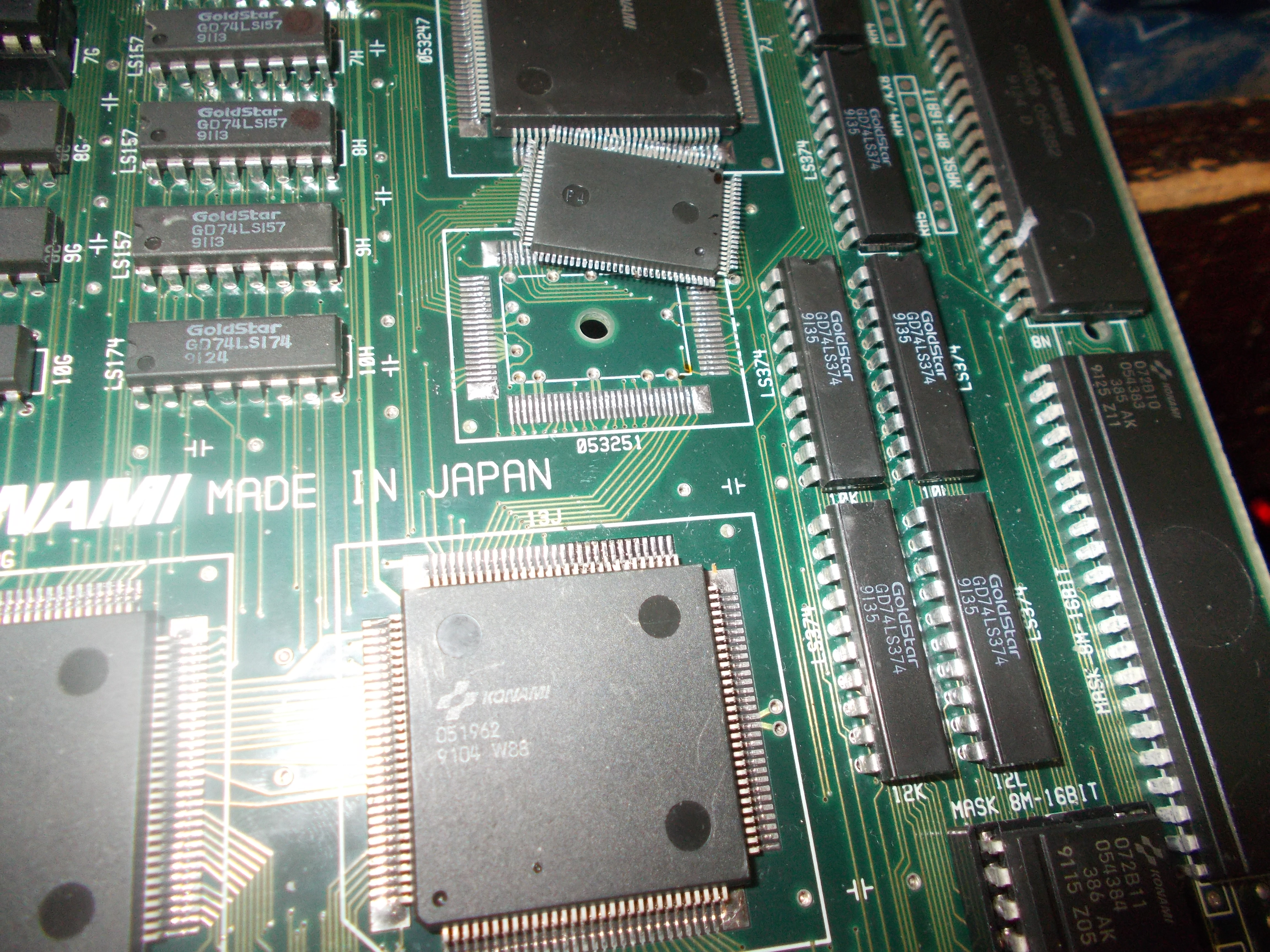 This fixed the color issue but sprites were always wrong :

and device @16L was still reported as bad: 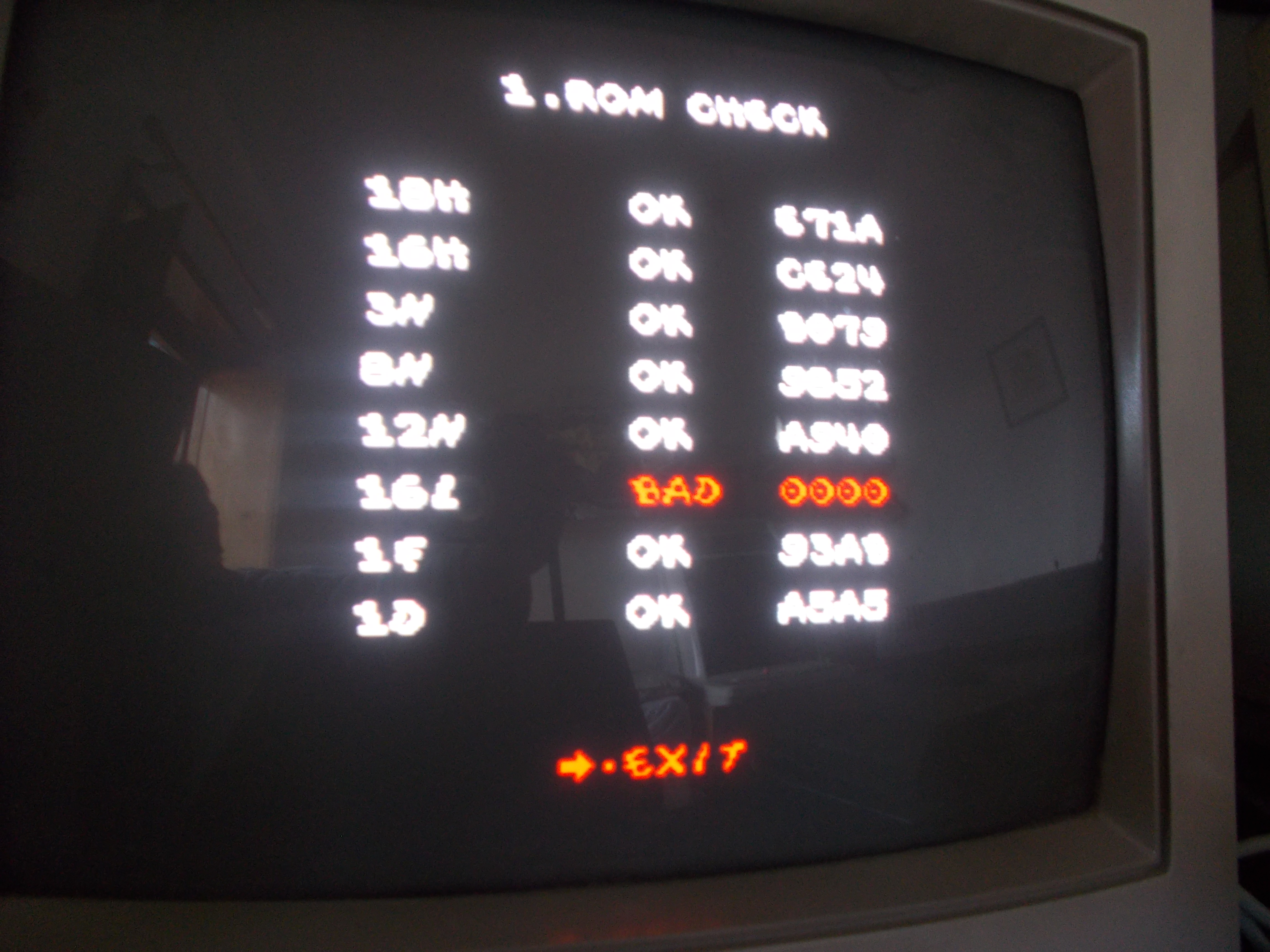 Schematics don’t cover this part of circuit but I knew the design.The two ASICs marked ‘053246’ and ‘053247’ work in tandem, the first generates the address lines to the sprites MASK ROMs and the latter read and process their data: 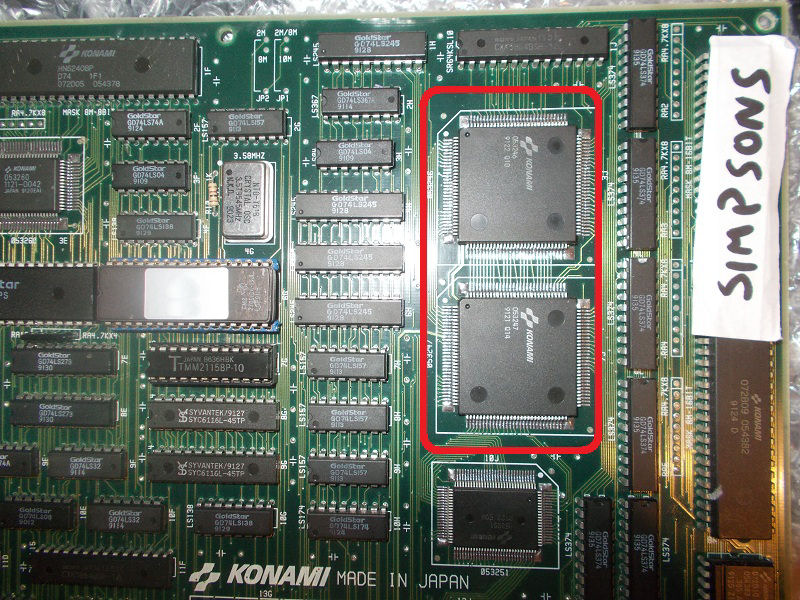 I checked connections between the ASICs and MASK ROMs, no problem found.Actually the data lines from MASK ROMs are not directly tied to the ‘053247’ ASIC but there are some 74LS374 in the middle (two for each ROM) which latch data bits.Piggybacking the ones @12K and 10K restored partially the sprites.I desoldered the first and it failed the out-of-circuit test:

This improved sprites but not yet perfect : 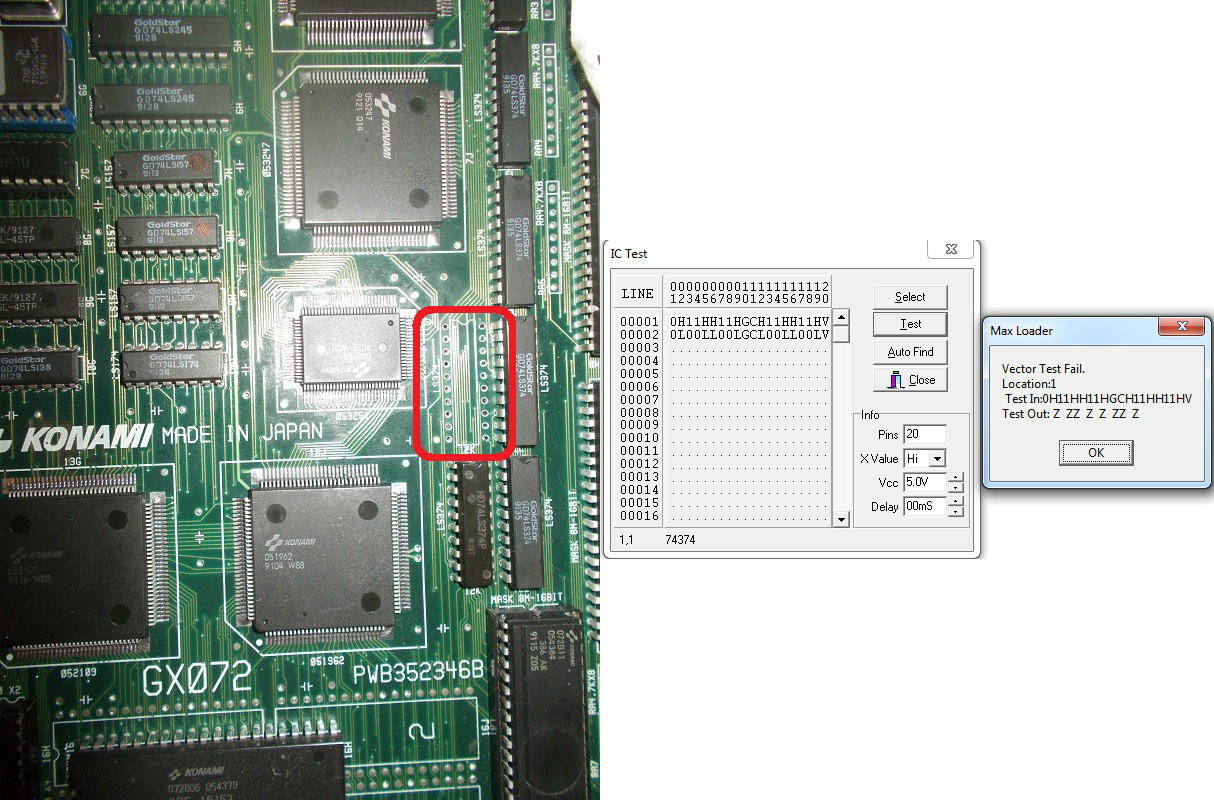 This fixed the sprites issue completely.As for lack of sound it was only matter to fit the missing MB3722 amplifer and electrolytic capacitors  @C114, C21 and C16. 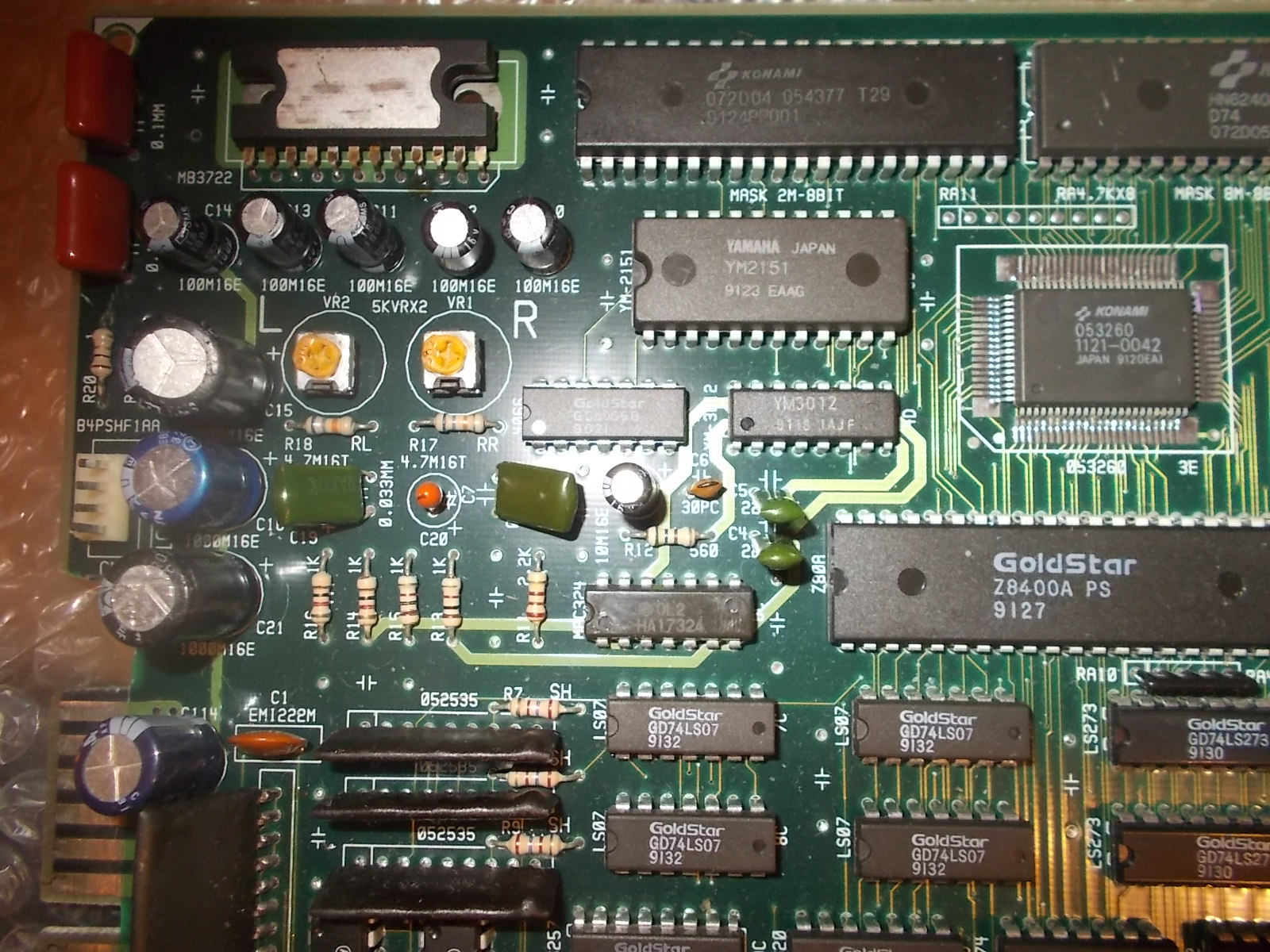 Another board torn from the darkness, long live to it!