I had on the bench this Thunder Cross II PCB by Konami: 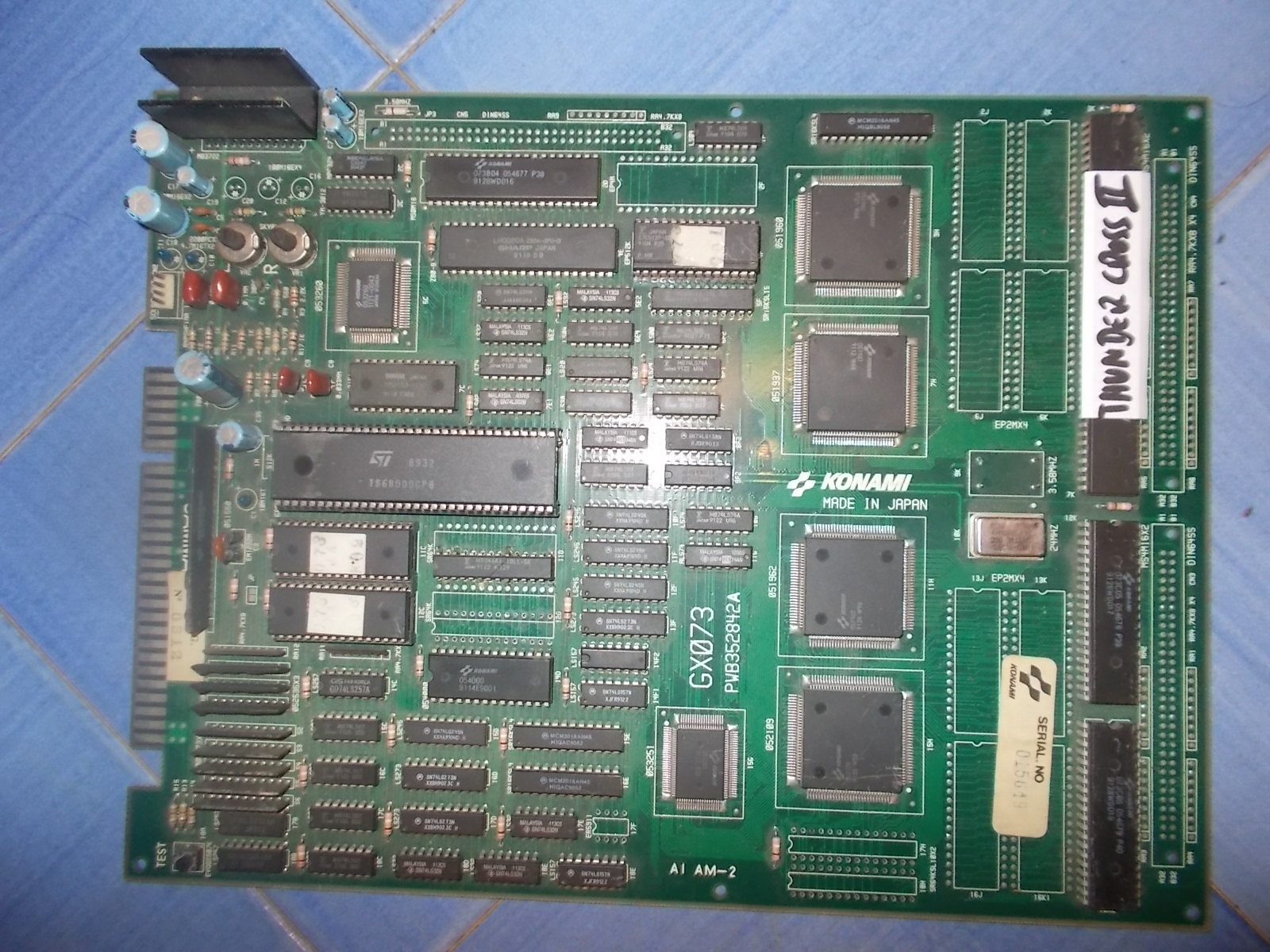 Many components were removed from the board : one WORK RAM @12D was missing and the other one @11D cracked in half, also the ER5911 serial EEPROM was not there : 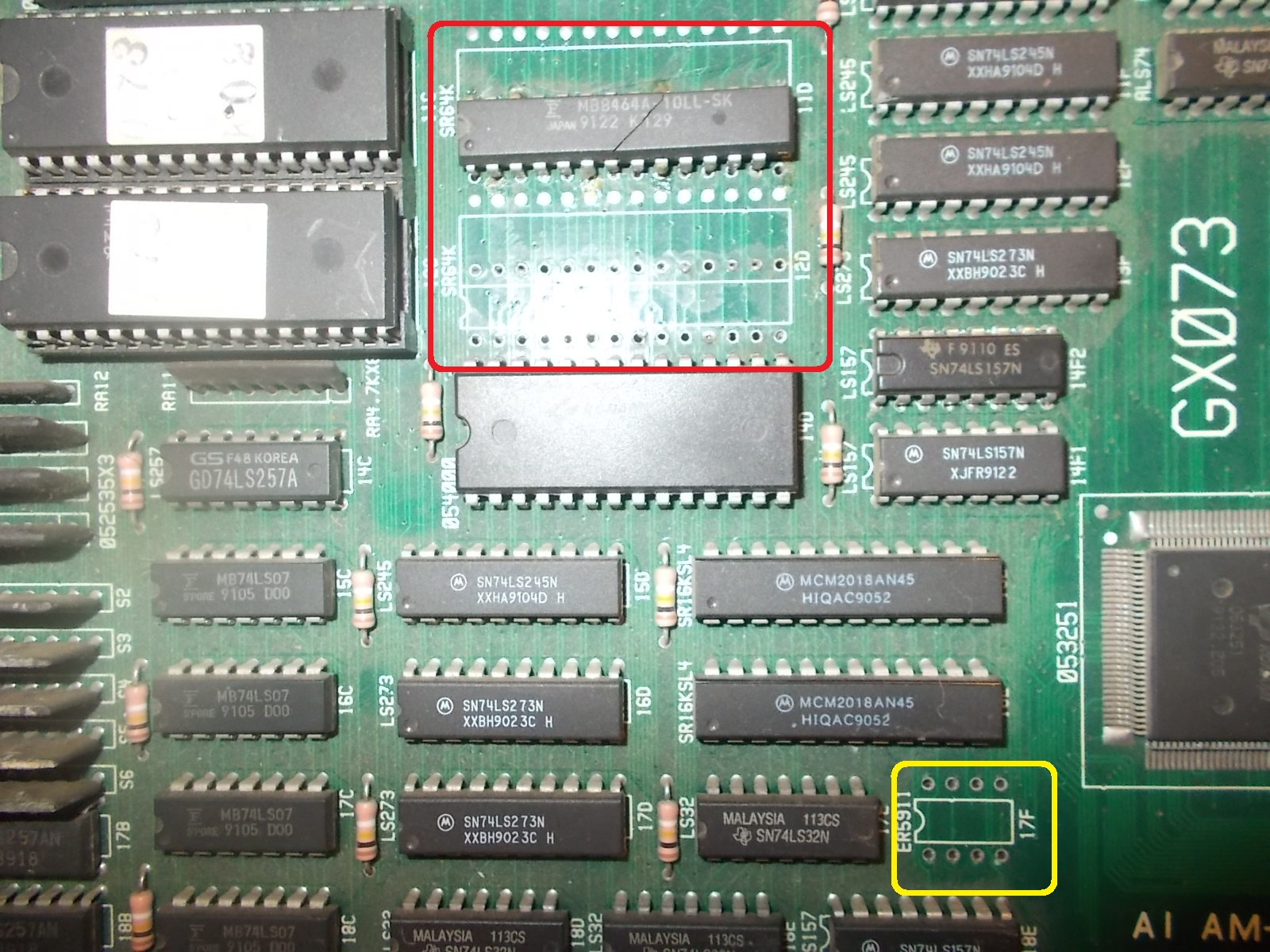 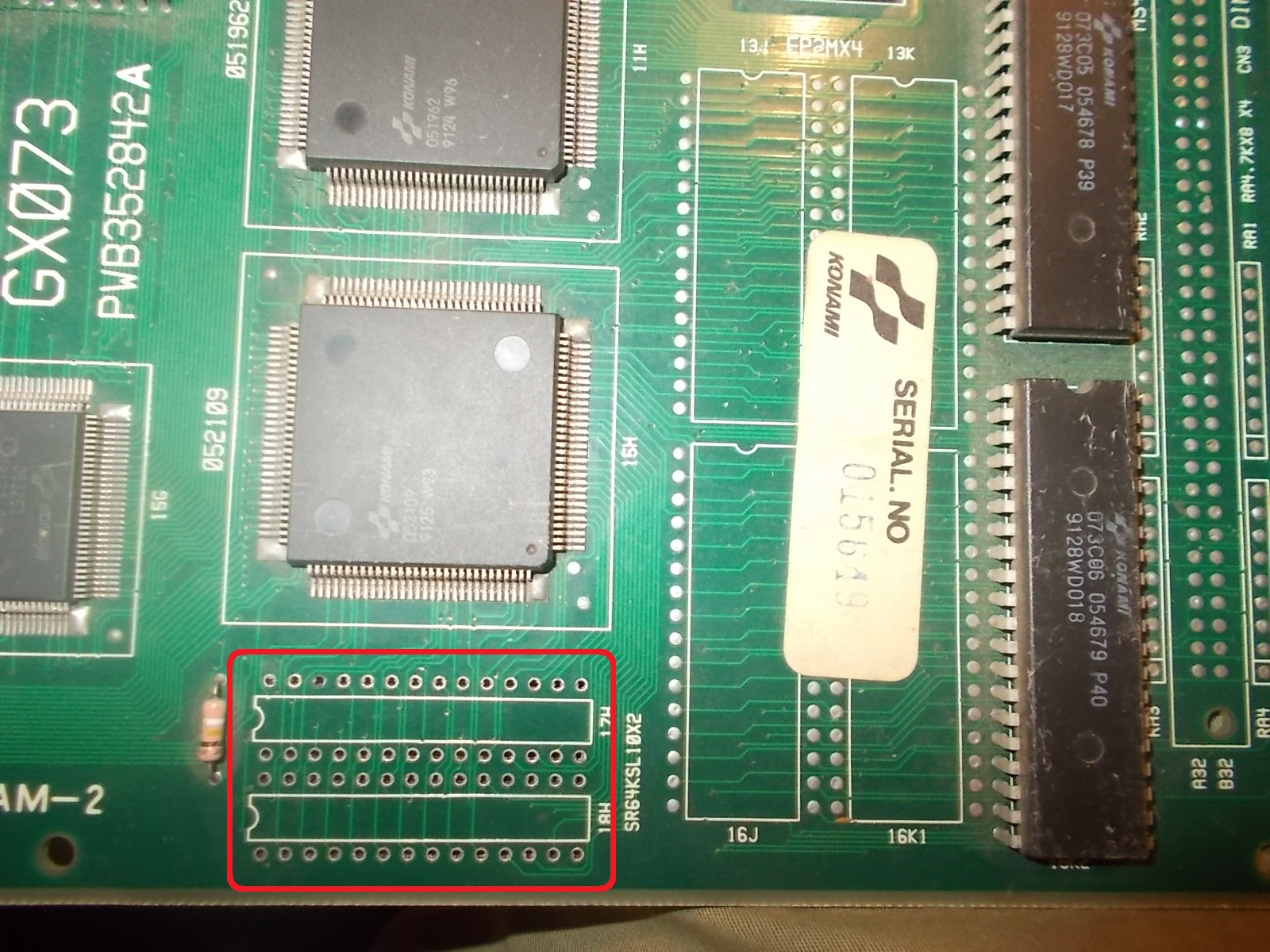 Some electrolytic capacitor in audio section: 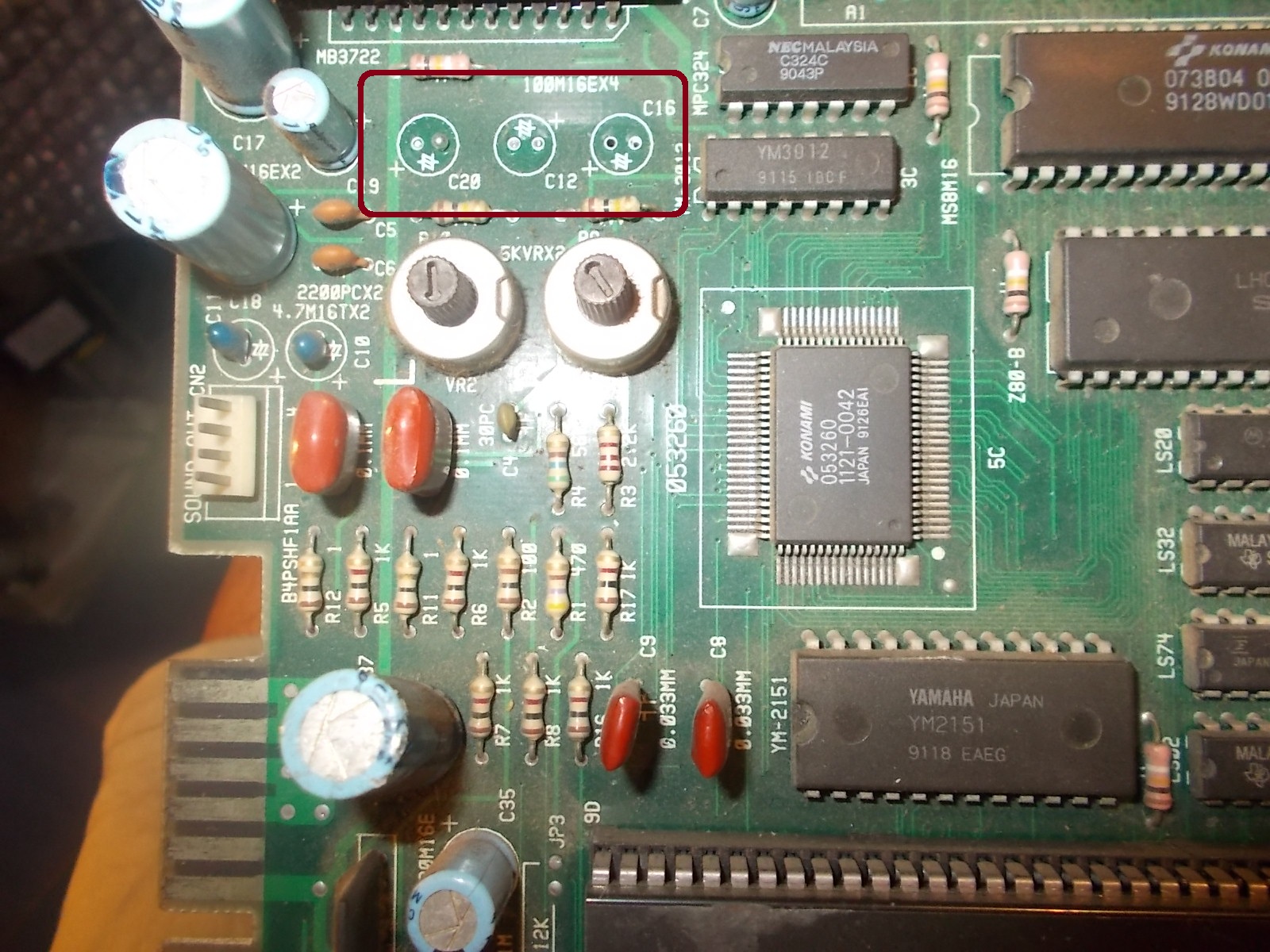 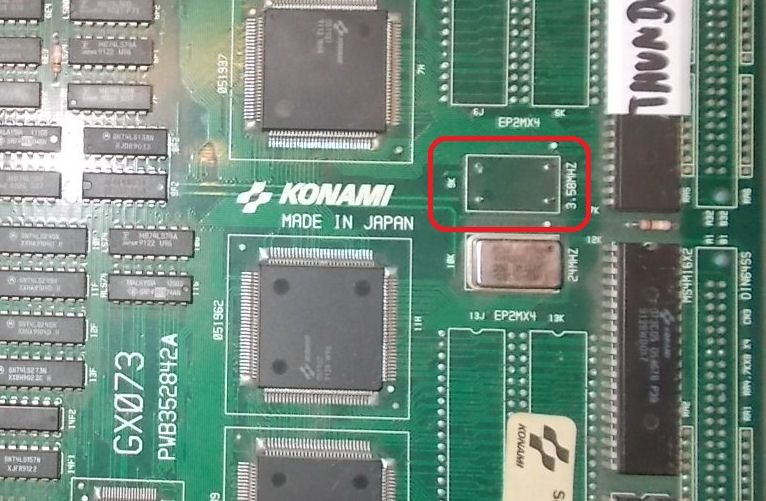 Also the RAM in sound section was almost desoldered, indeed it came off easily: 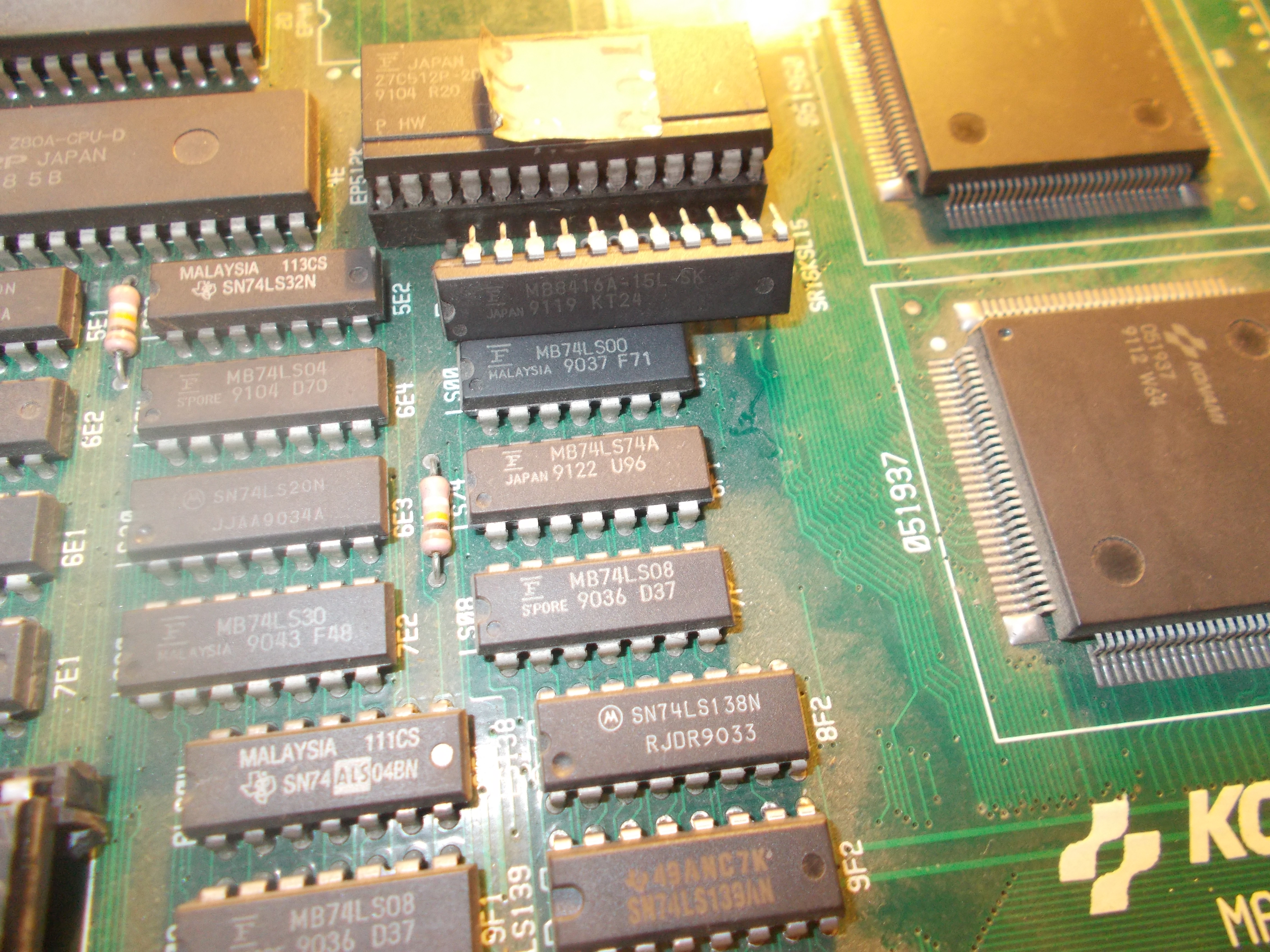 With patience I installed all the mising components and powered up the board : 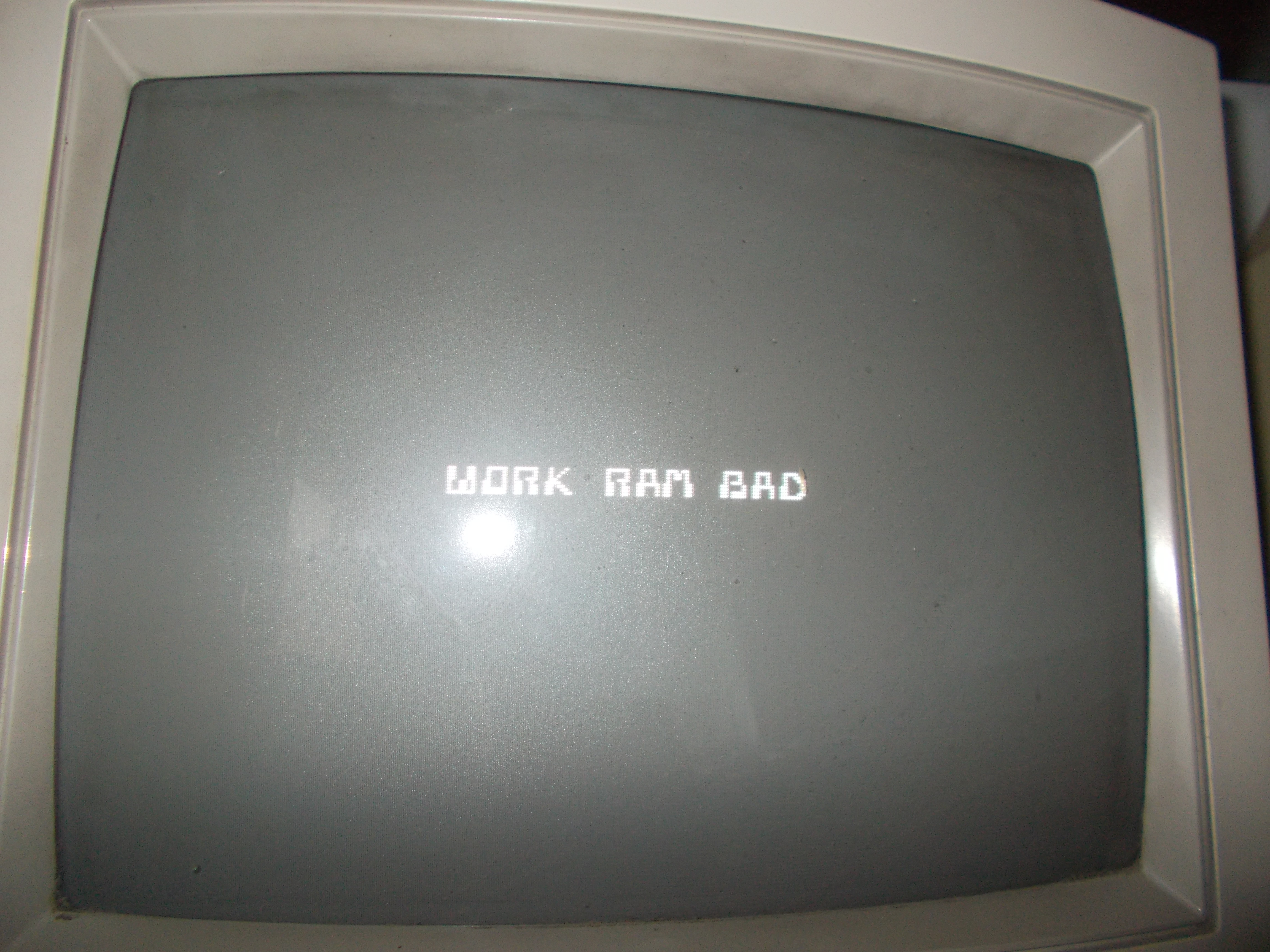 At closer inspection the above error was caused by a broken trace between pin 21 ( address line A10) of the two 6264 WORK RAMs, I promptly patched it: 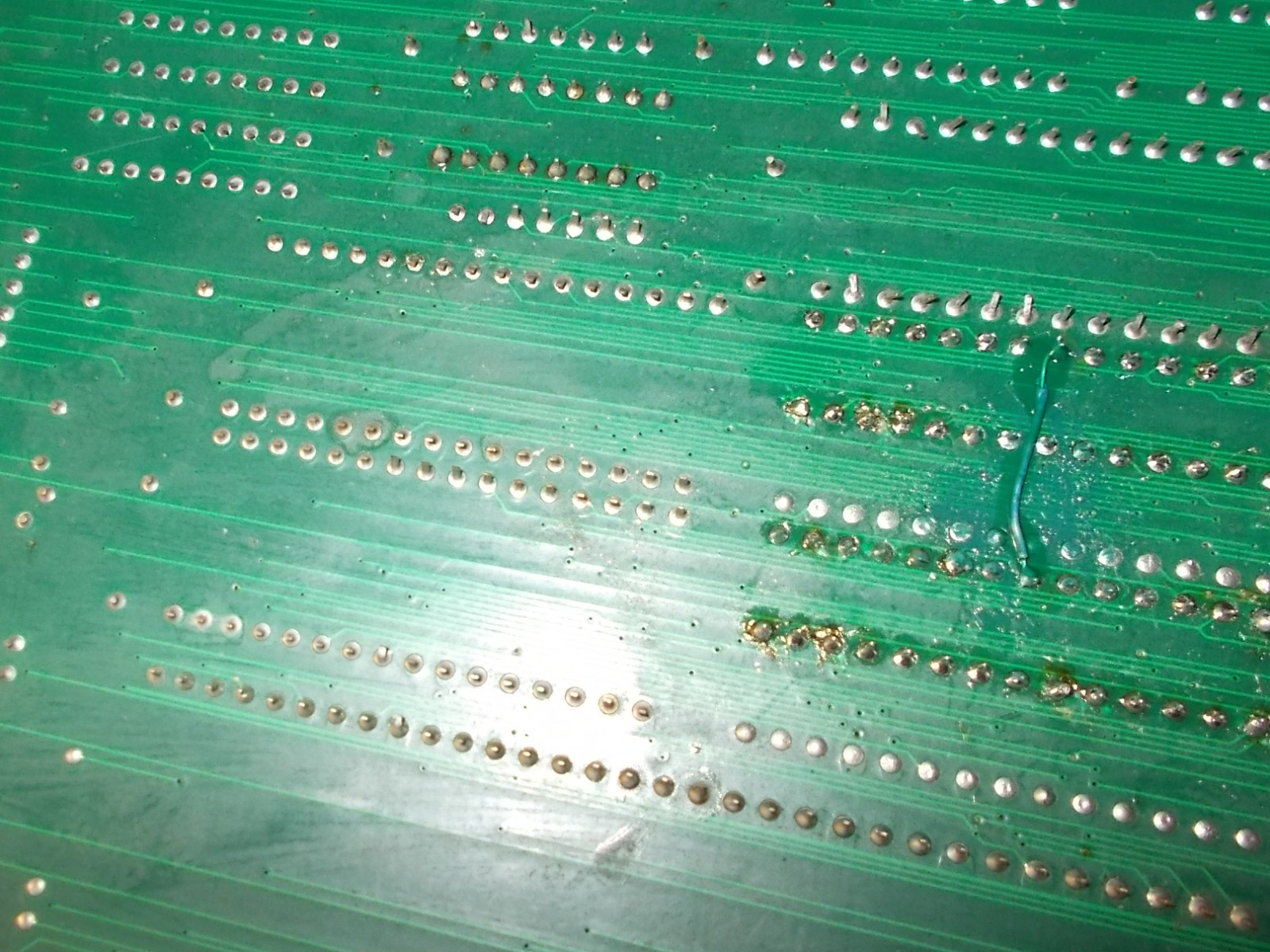 Now the board went to intial self-test showing two bad devices, both related to sound system. 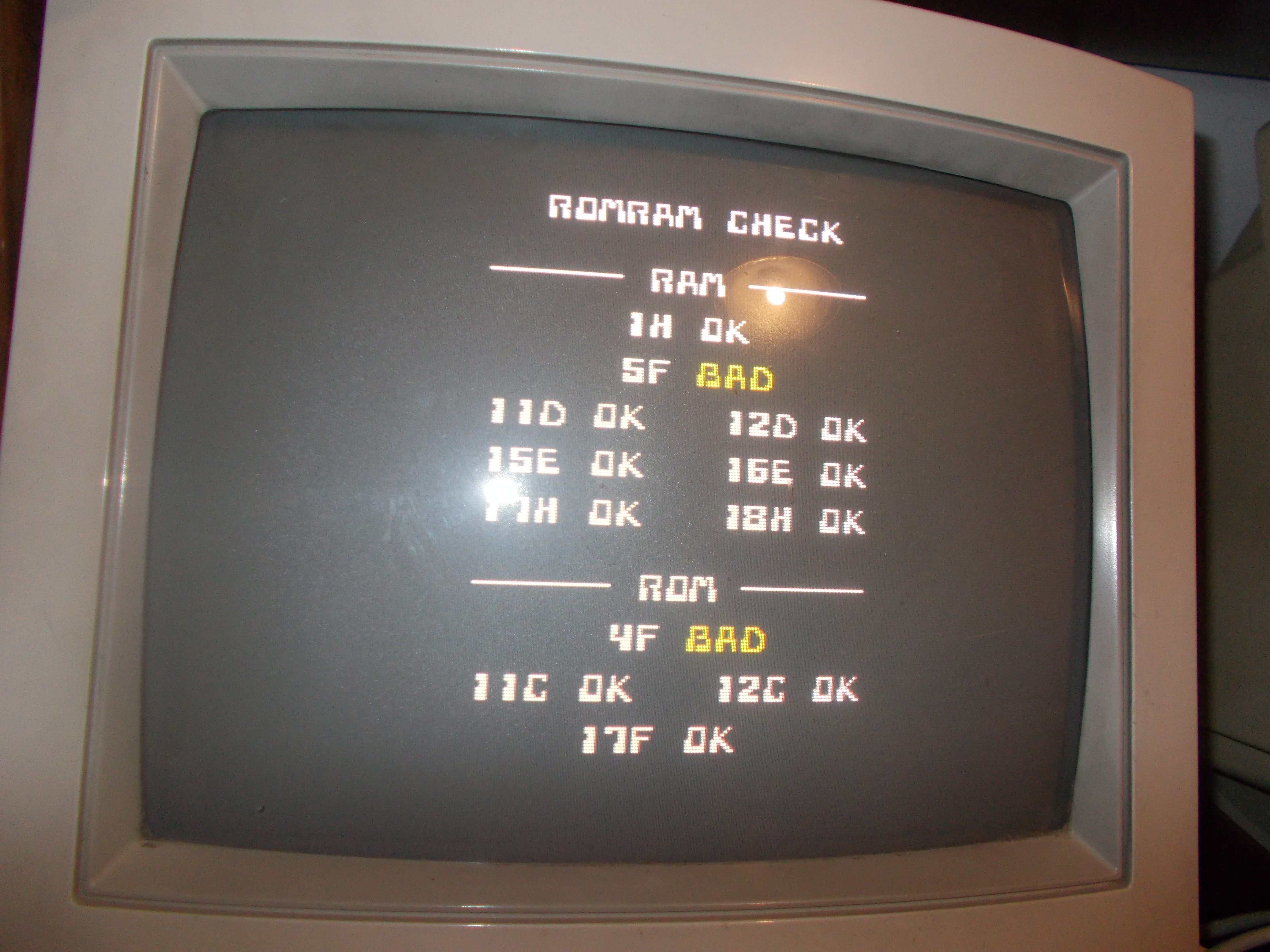 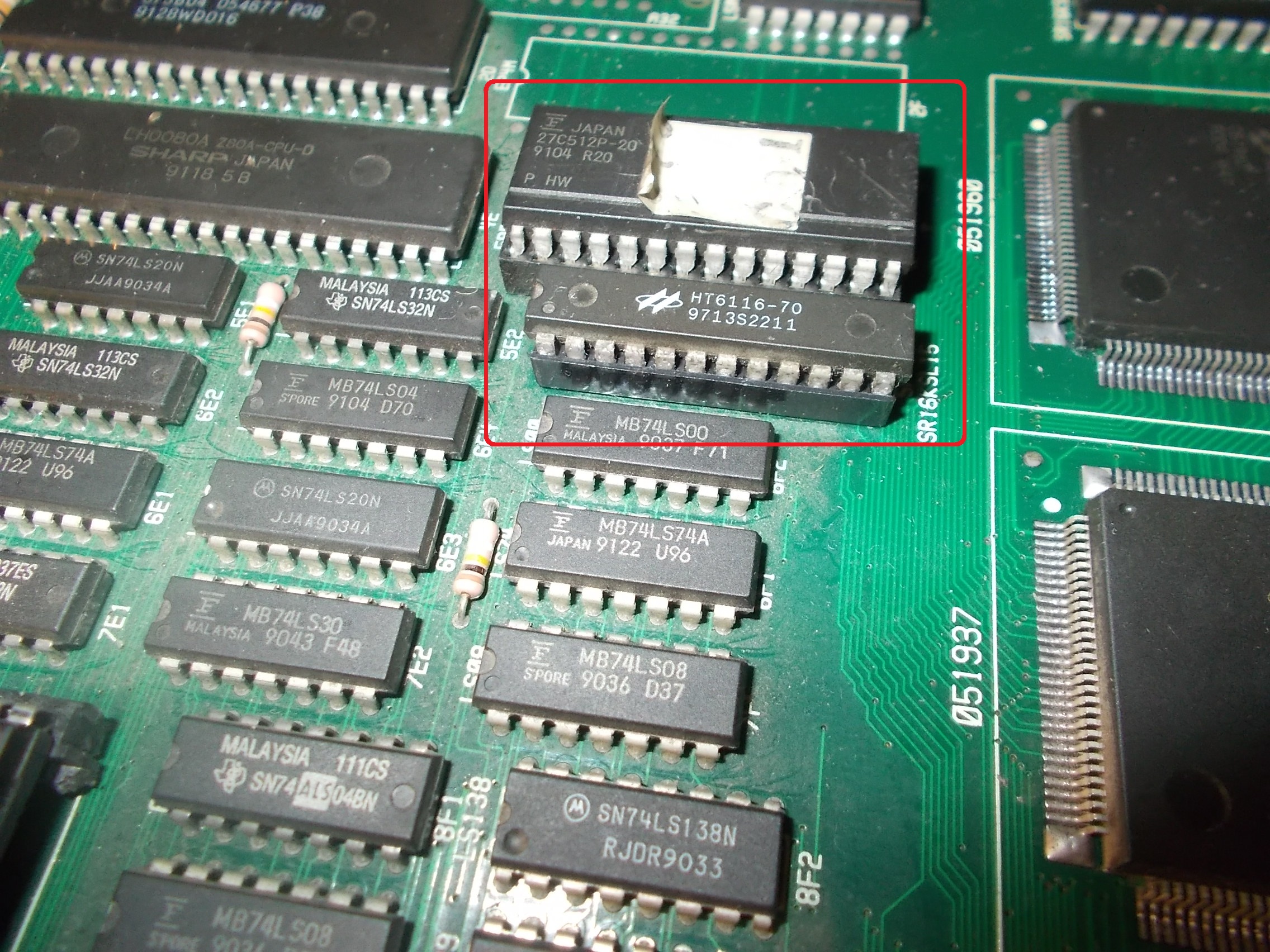 Both were verified as good so problem was elsewhere.Sound system is made of a Z80 which commands a YM2151 FM synthesis chip (used for music) and custom marked’053260′ which plays ADPCM/PCM samples.Lalsty BGM+ samples are sent to a YM3012 DAC which outputs analog sound them amplified by OP-AMP and amplfier.When I probed the YM2151 I found that PIN 21 was dead: 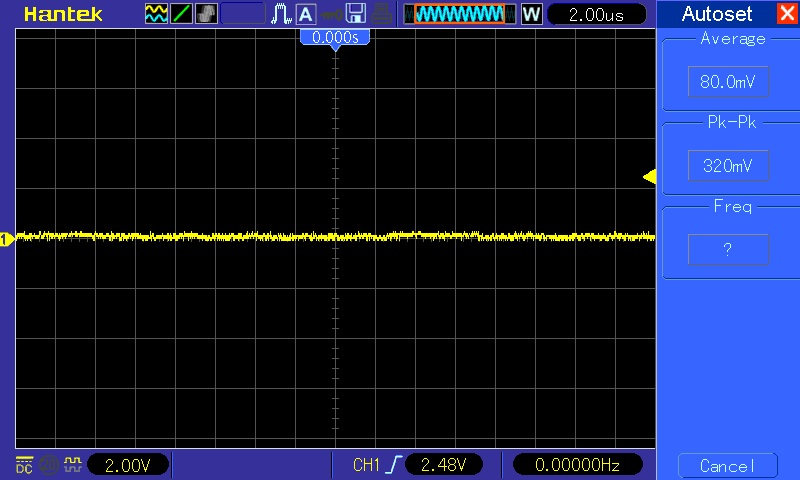 This pin is the serial data output :

I pulled the chip: 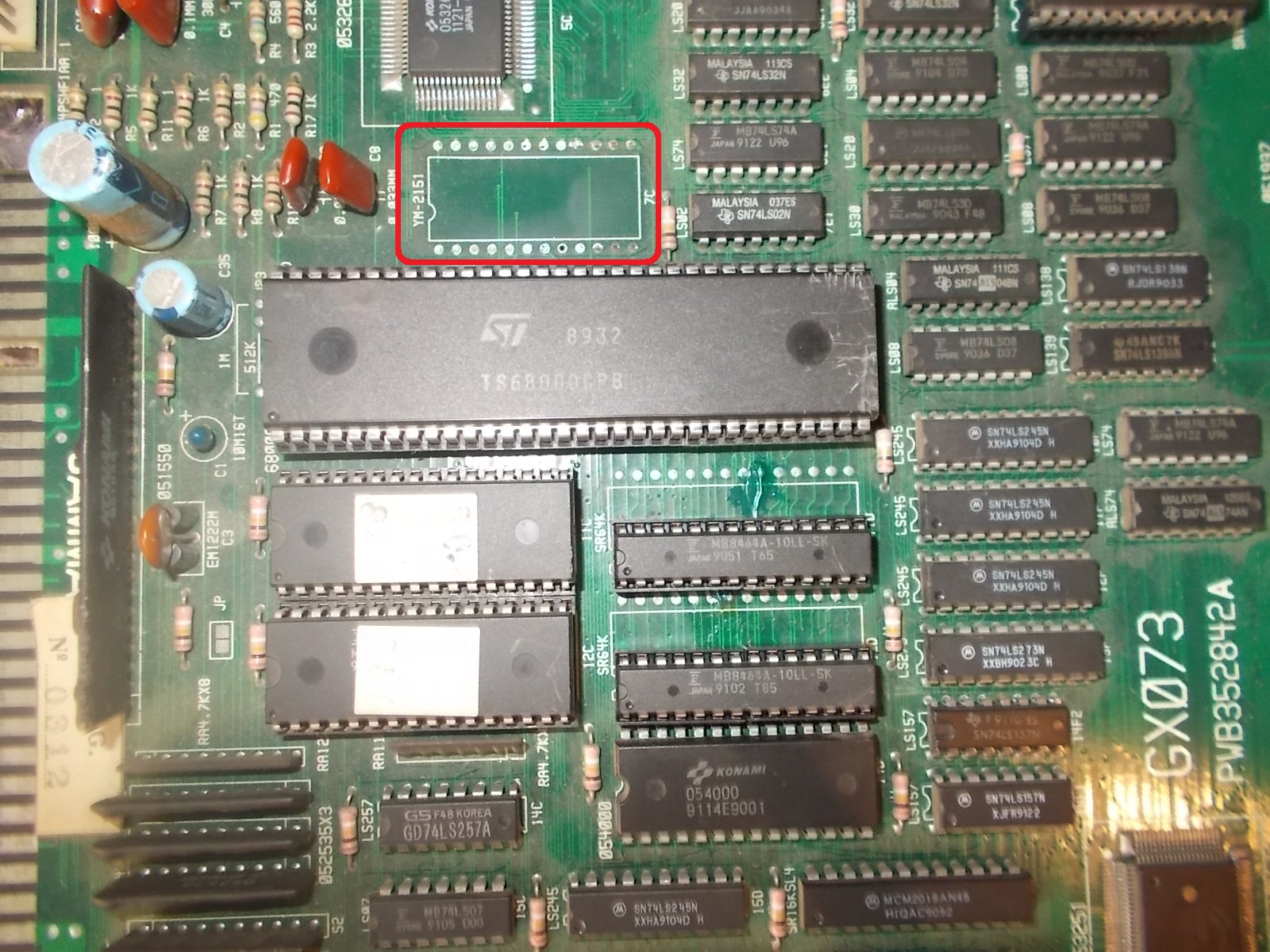 It was really bad but also replacing it I still got the error @4F and 5F on self-test.YM2151 datasheet says that in typical application pin 21 is tied to YM3012 but on this board it’s tied to the custom ‘053260’ and then from this to serial data input (pin 4) of the YM3012 DAC.So the ASIC was likely bad.Time to remove and replace it:

Finally board got past the self-test and entered in game with full sound:

But, as you can see from above video, sprites were all garbled.MASK ROM check reported two bad 4Mbit devices @3K and 7K : 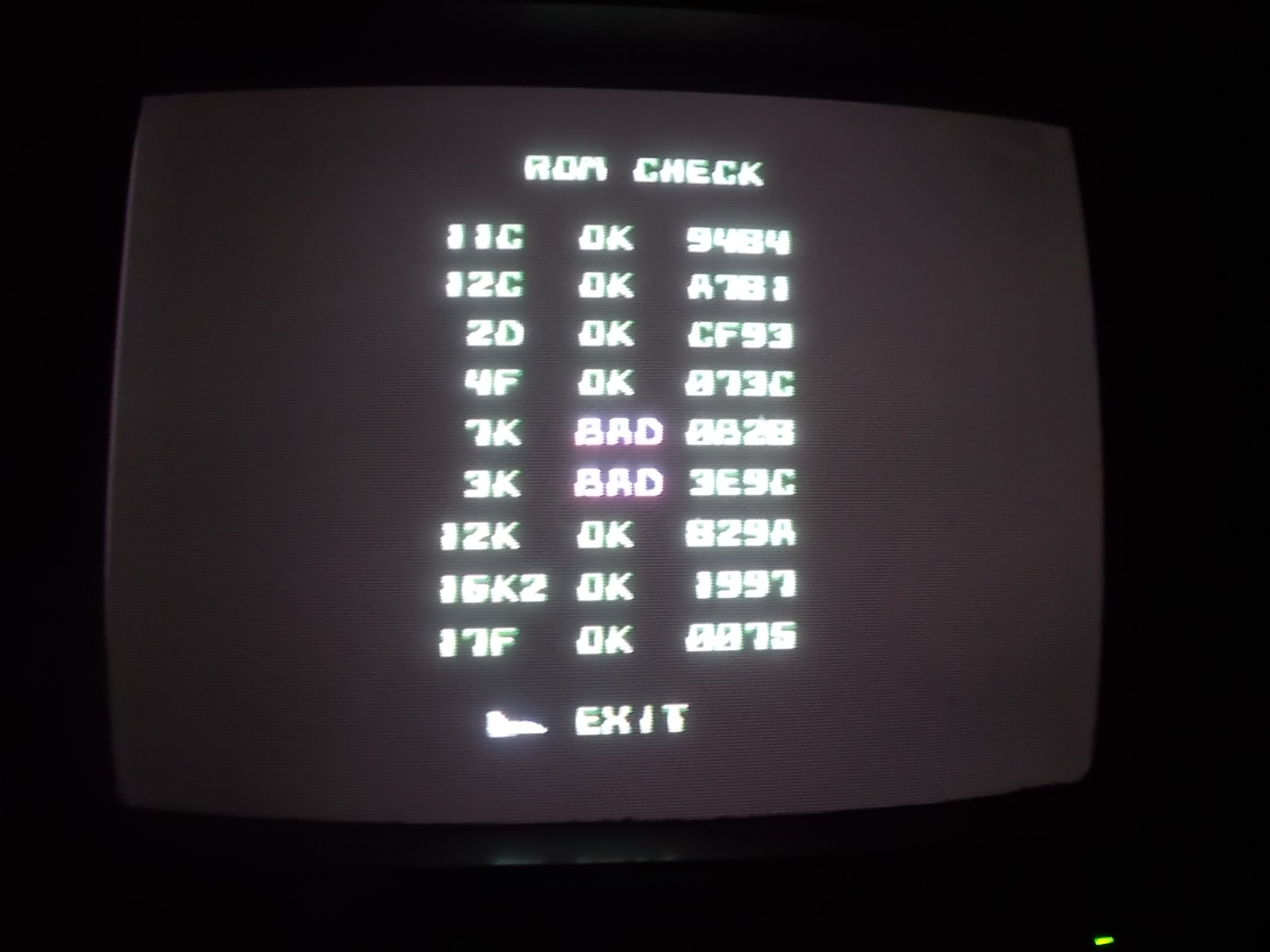 Using a logic probe revealed that two address line (pin 6 ‘A3’ and 39 ‘A9’) of both devices were stuck high: 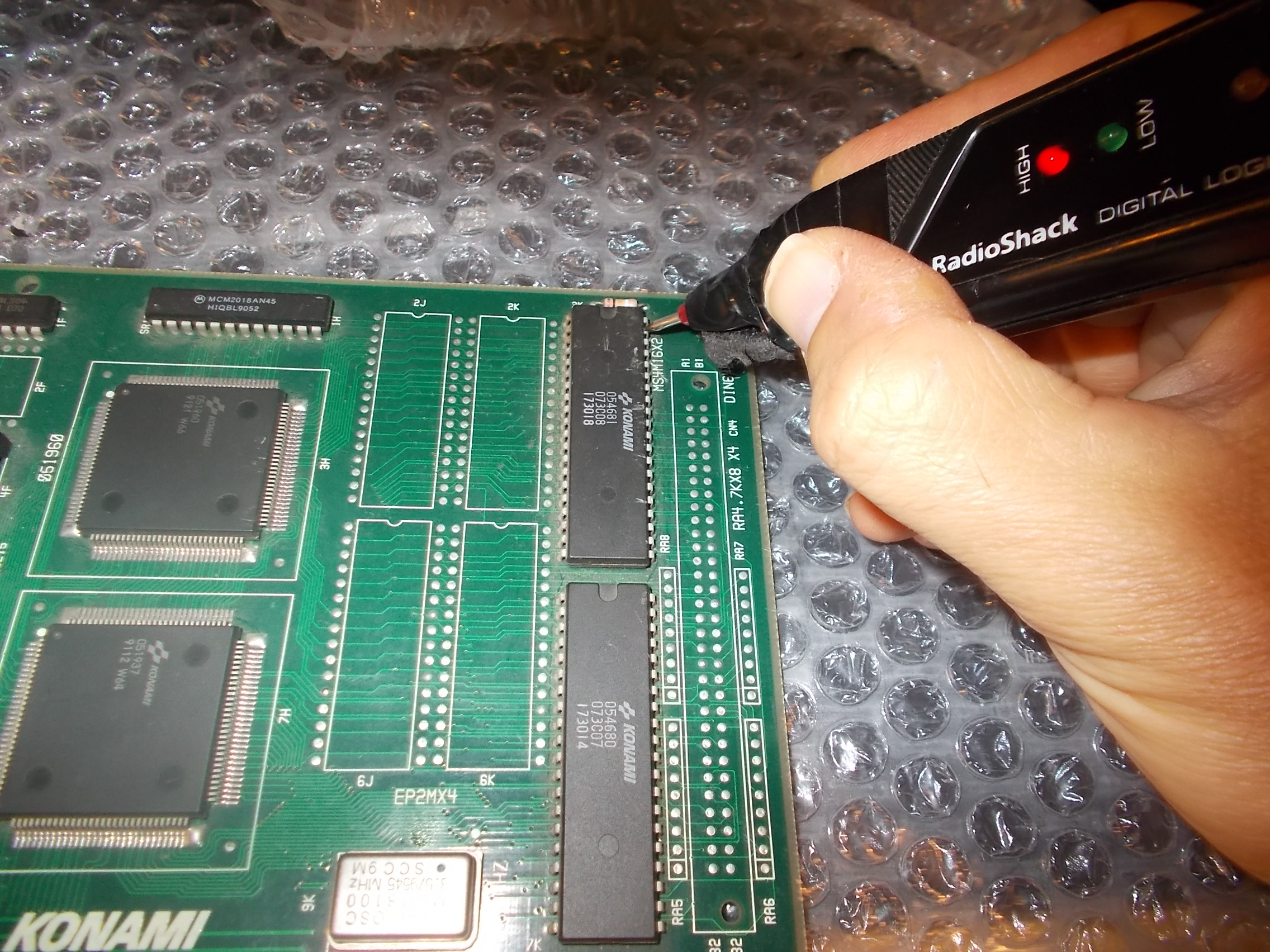 These devices are directly addressed by the ASIC ‘051960’ (working in pair with ‘051937’ which reads data) which from my eperience is not really reliable.So I replaced it: 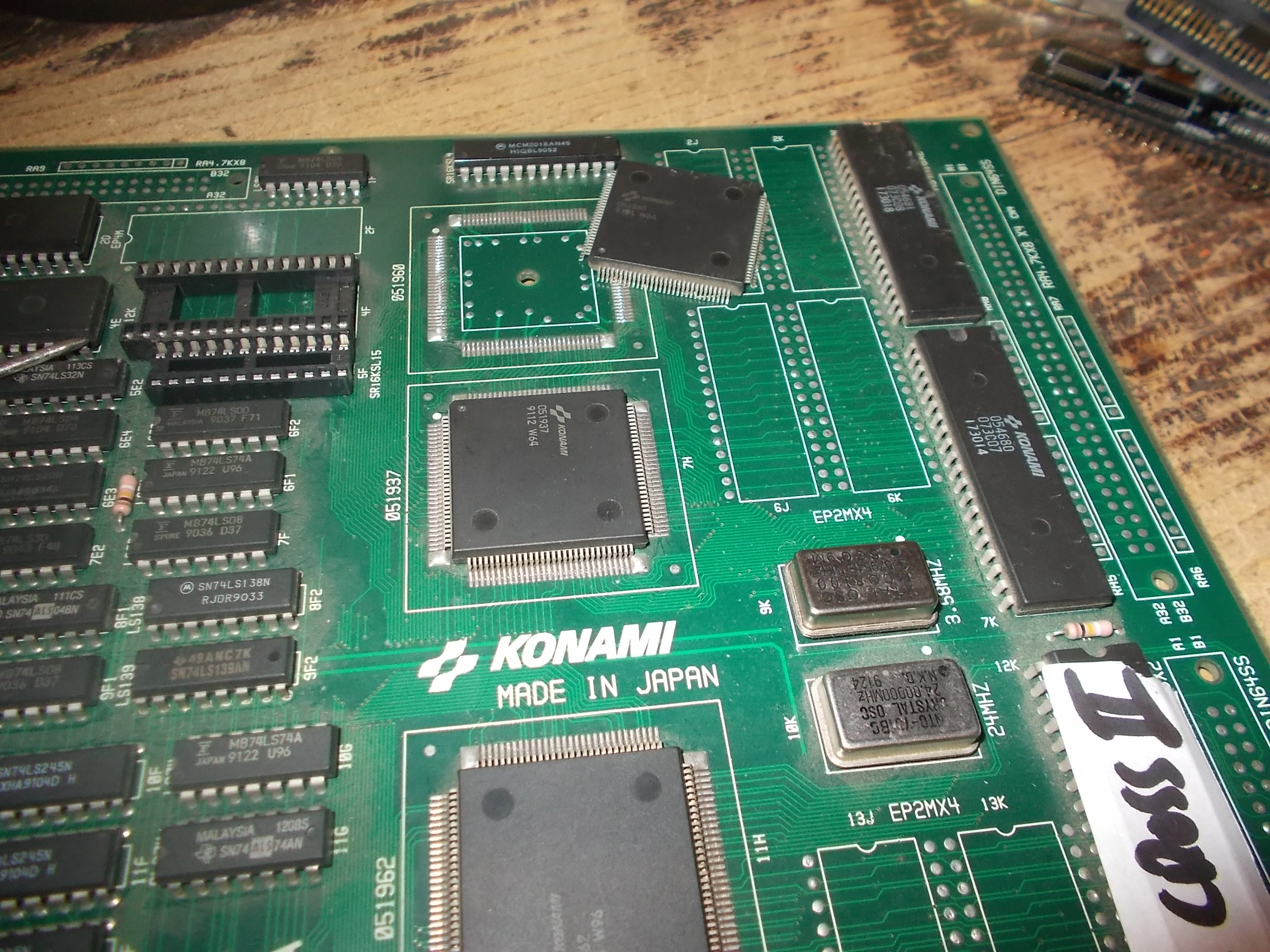 But I was wrong.At this point, after check as good all connections, it was clearly obvious that the two MASK ROM were bad.Indeed, once removed them, they both failed in same address lines when I read them in a programmer: 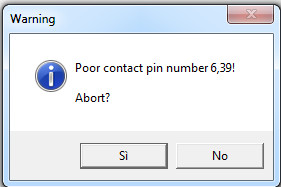 I replaced them with two pin to pin compatible 27C400 EPROMs and MASK ROMs check no more complained: 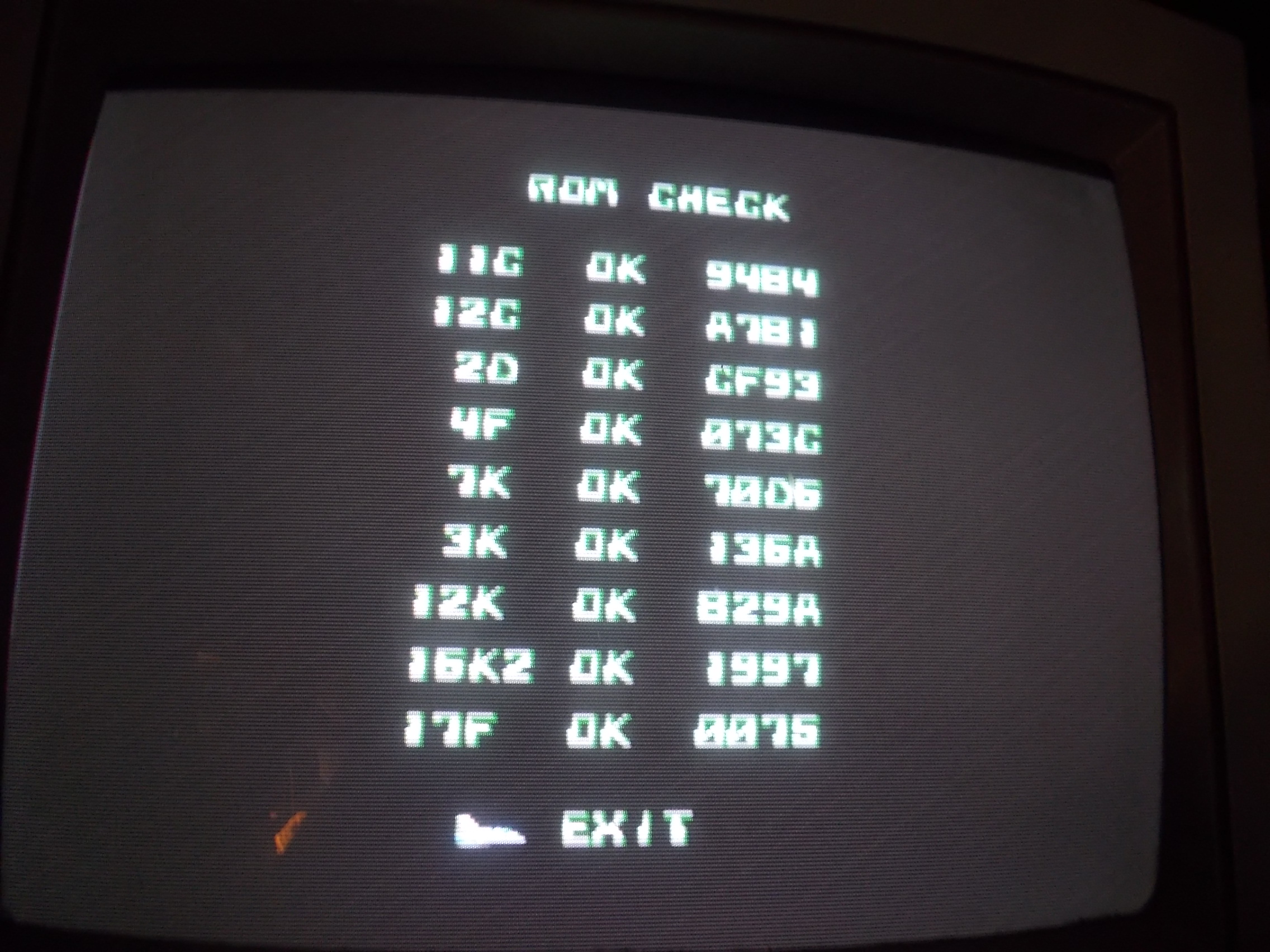