Got this Thunder Fox PCB from a friend to repair. 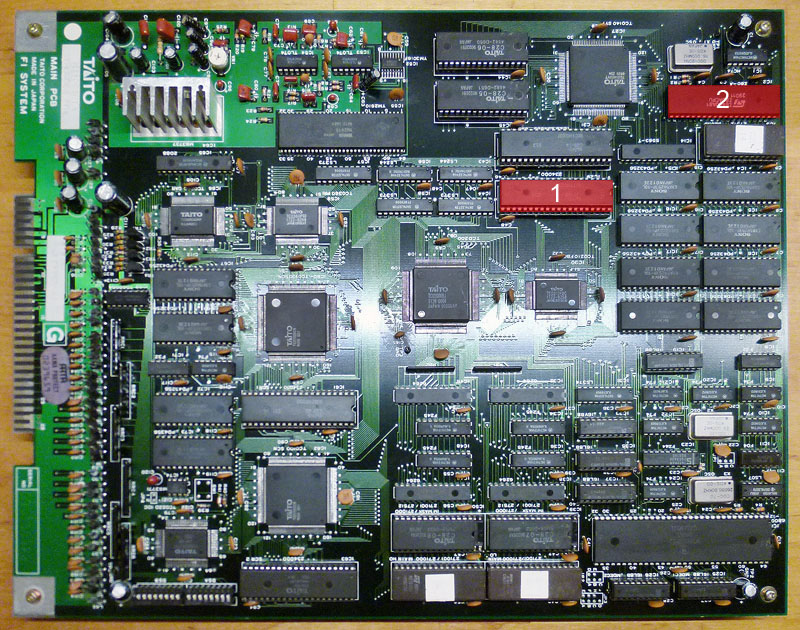 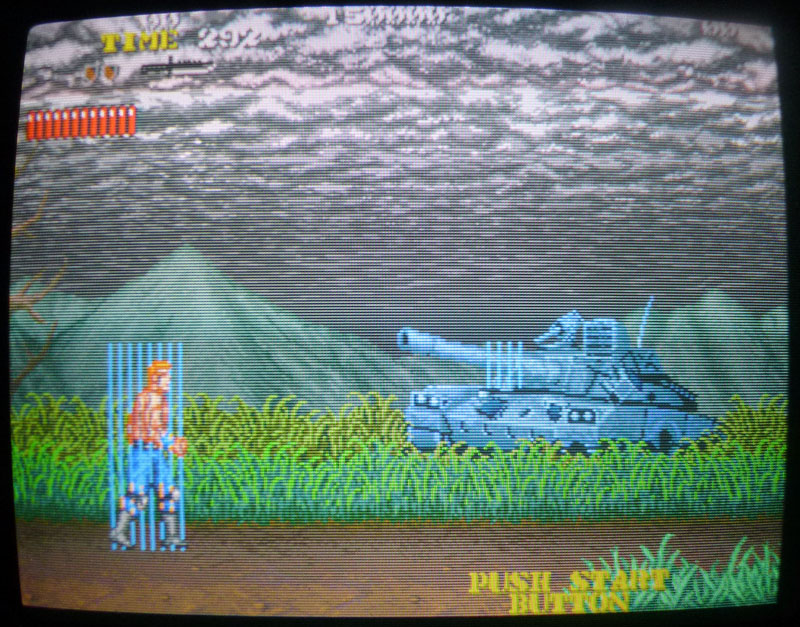 I had a working Thunder Fox PCB with me so I started the easy way to swap sprites ROMs between the boards and got the sprites working again with replacing the one labeled c28-03 at location IC29 (#1 on the PCB picture above). I reburned a 27C400 EPROM as a replacement. 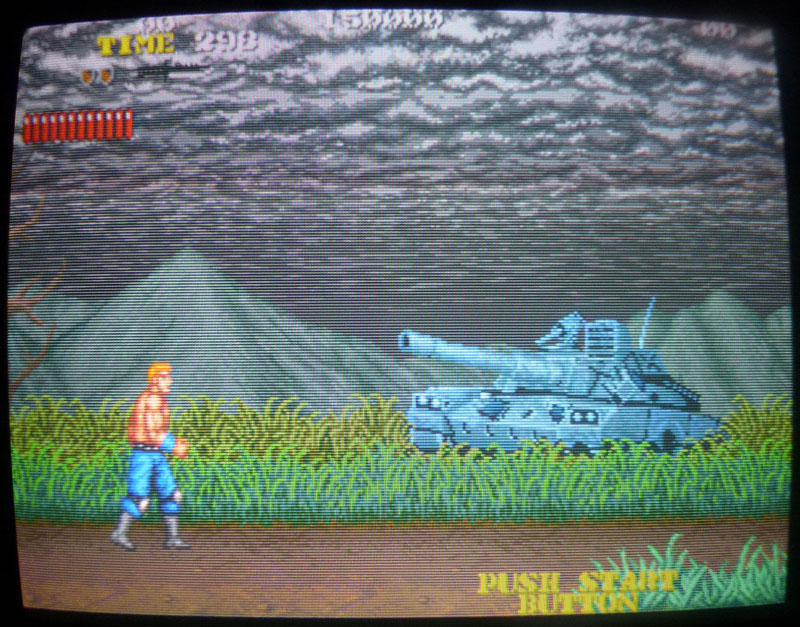 For the sound part, I could notice there was no analog output signal at pin 27 on the YM2610 sound chip but all its data inputs and data lines on the sounds ROMs were pulsing. I also noticed the signal on the IRQ (pin 56) was stuck low (it was pulsing on my working board). The IRQ signal is an output so it made me think the YM2610 was clearly the faulty one so I replaced it but with no change…

The IRQ pin was still stuck low so I traced it to pin 16 of the Z80. Strange because it is an input pin on it but sometimes if a pin is dead it takes over and pushes down the data that comes from an other chip. So I tried replacing the Z80 (#2 on the PCB picture above) and finally got the sound working. That was it !