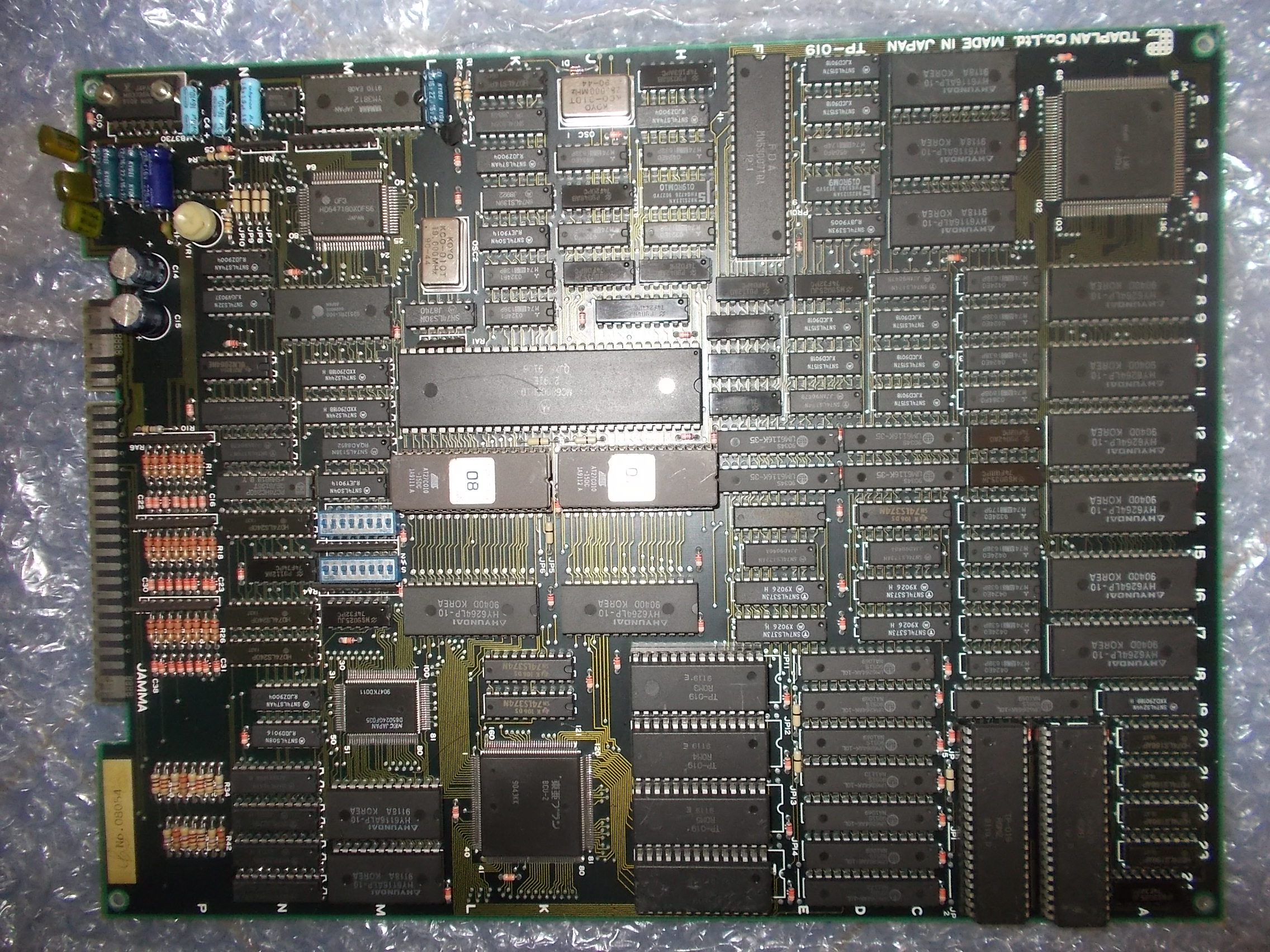 Board was booting and played fine except for some little glitches on background: 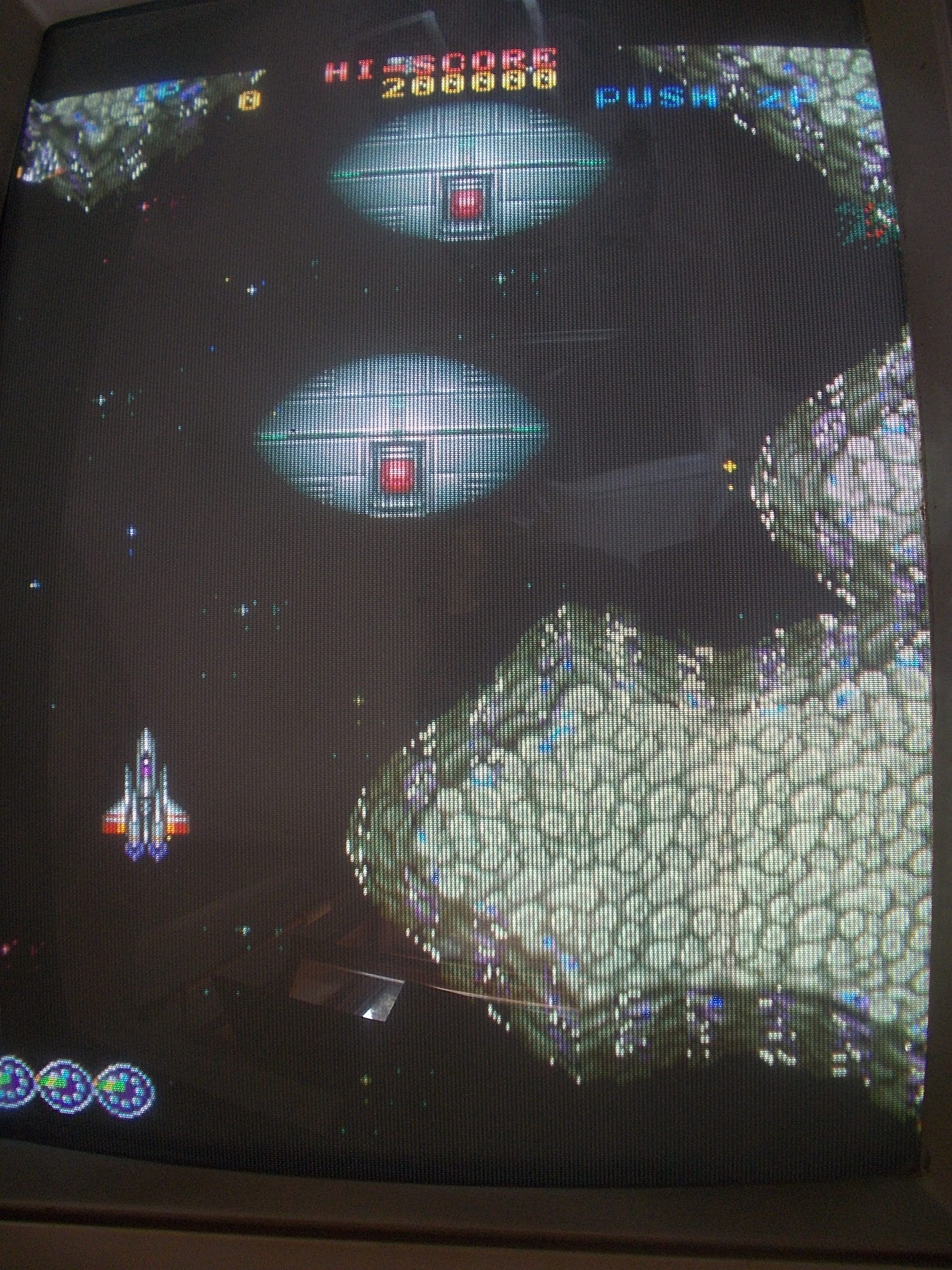 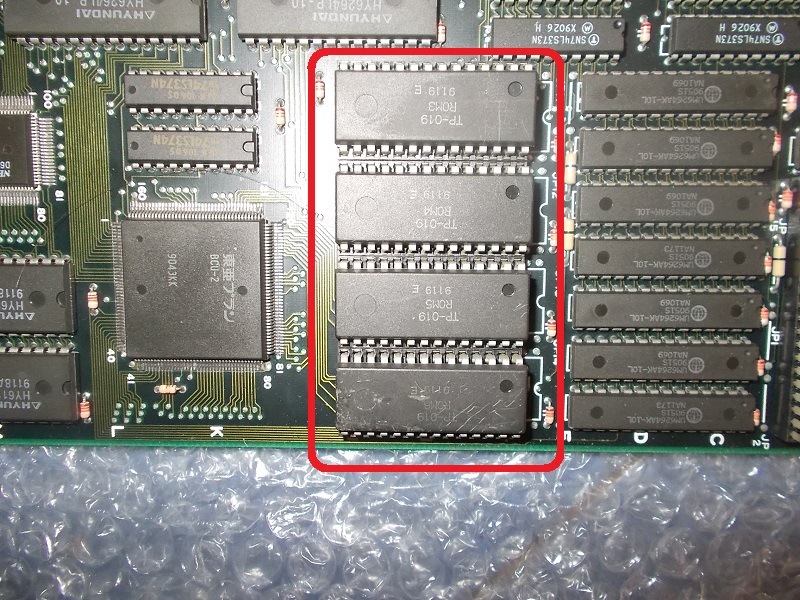 Devices were dumped fine except the one @ROM3 which gave inconsistent readings.Loading the file into MAME emulator reproduced the issue exactly: 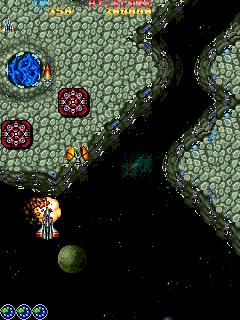 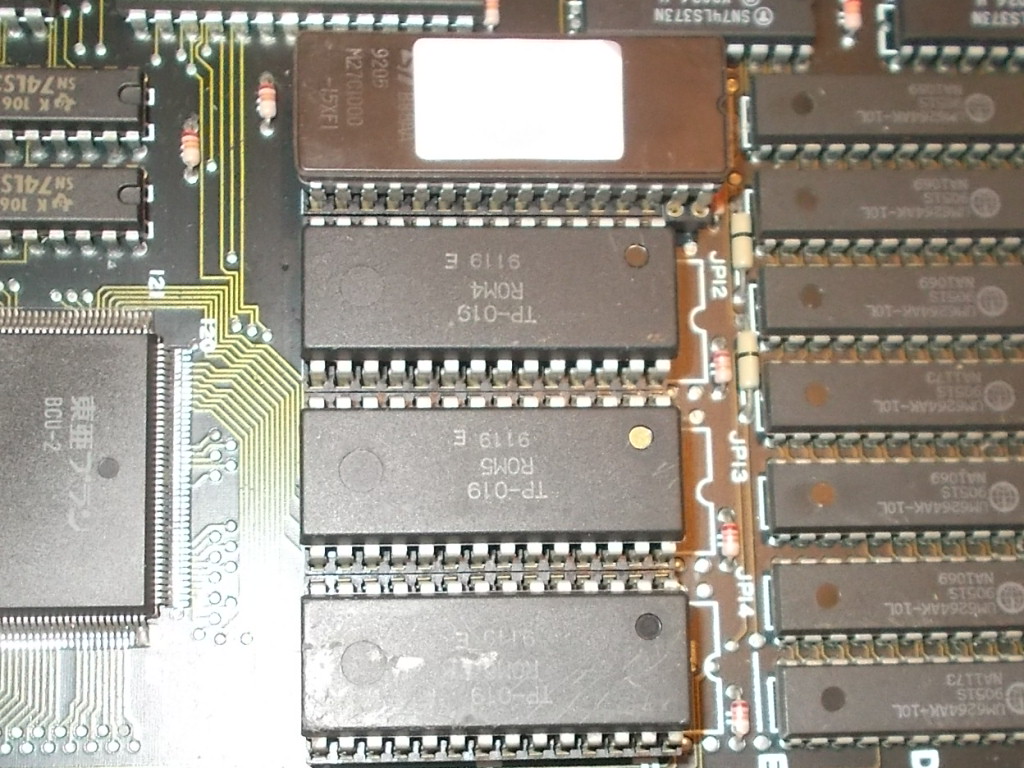 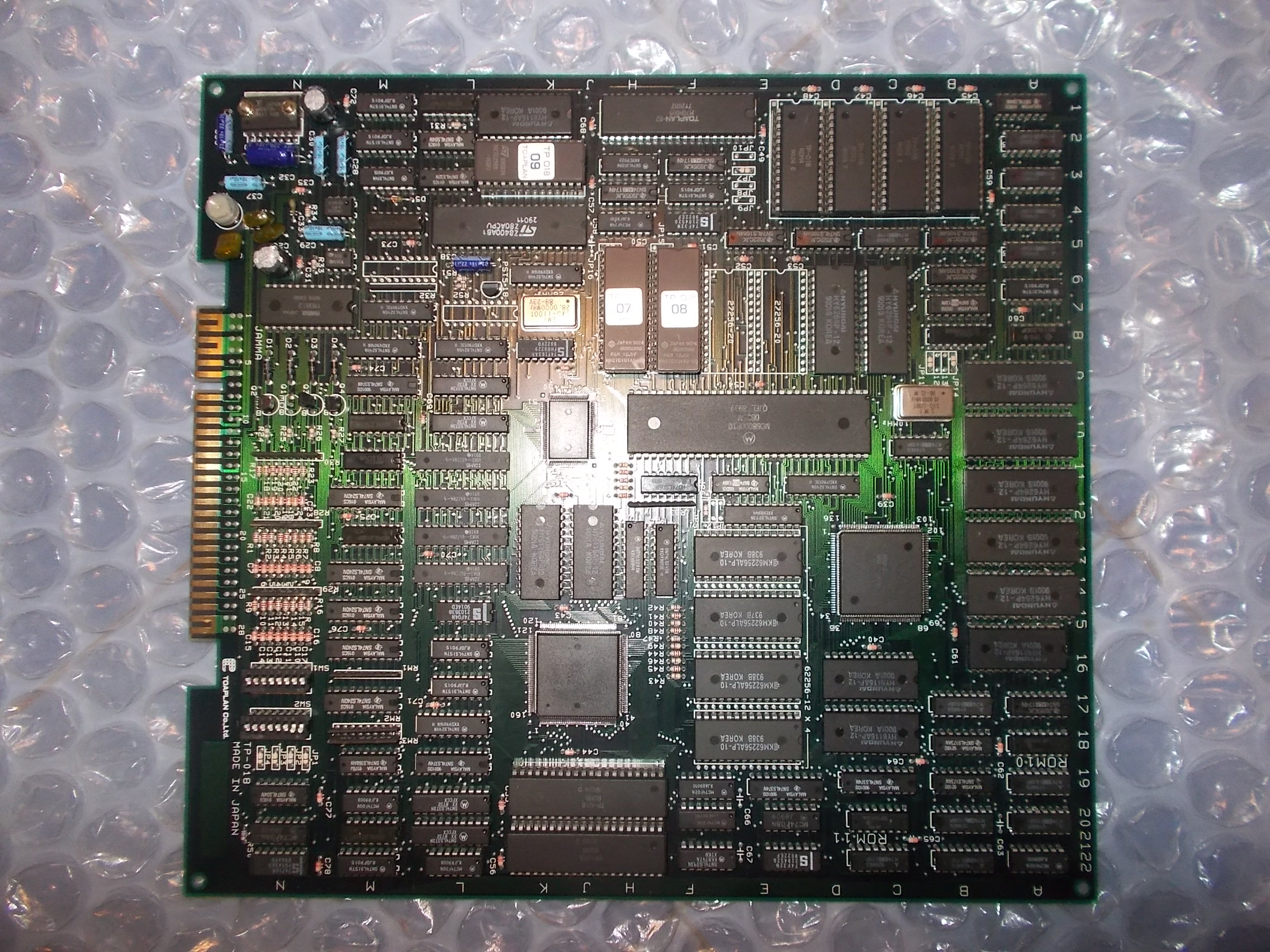 Board booted but sprites were garbled : 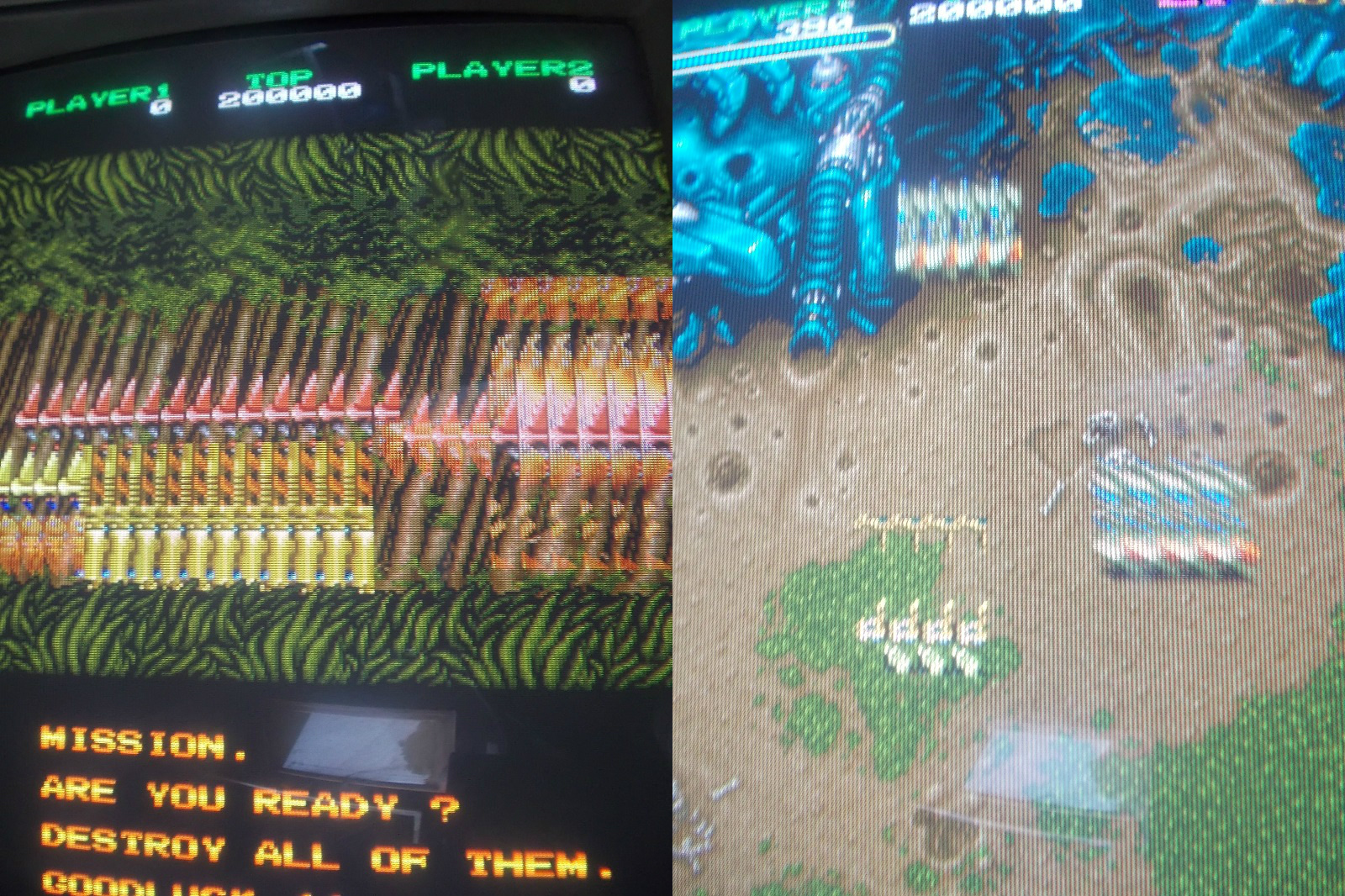 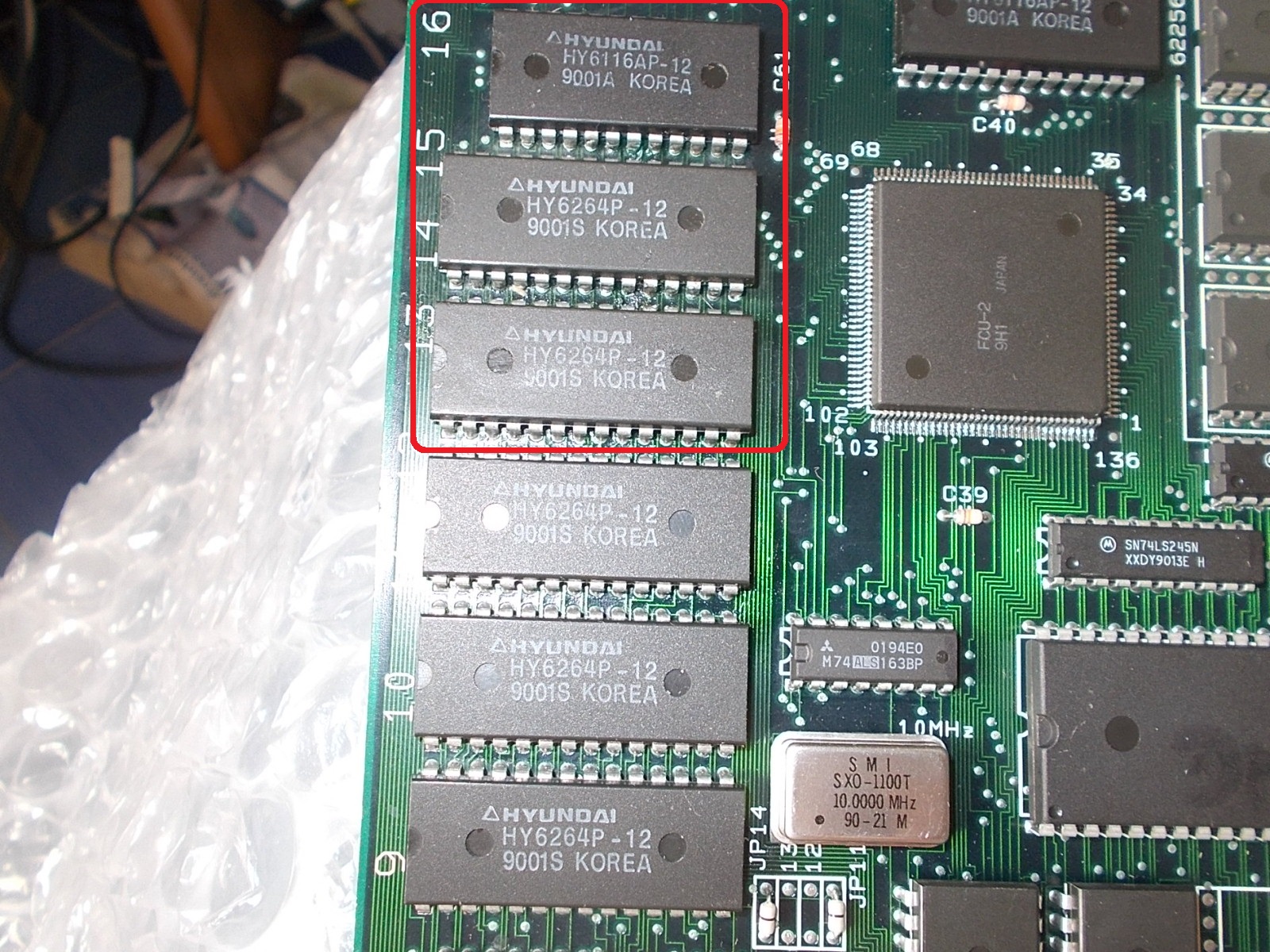 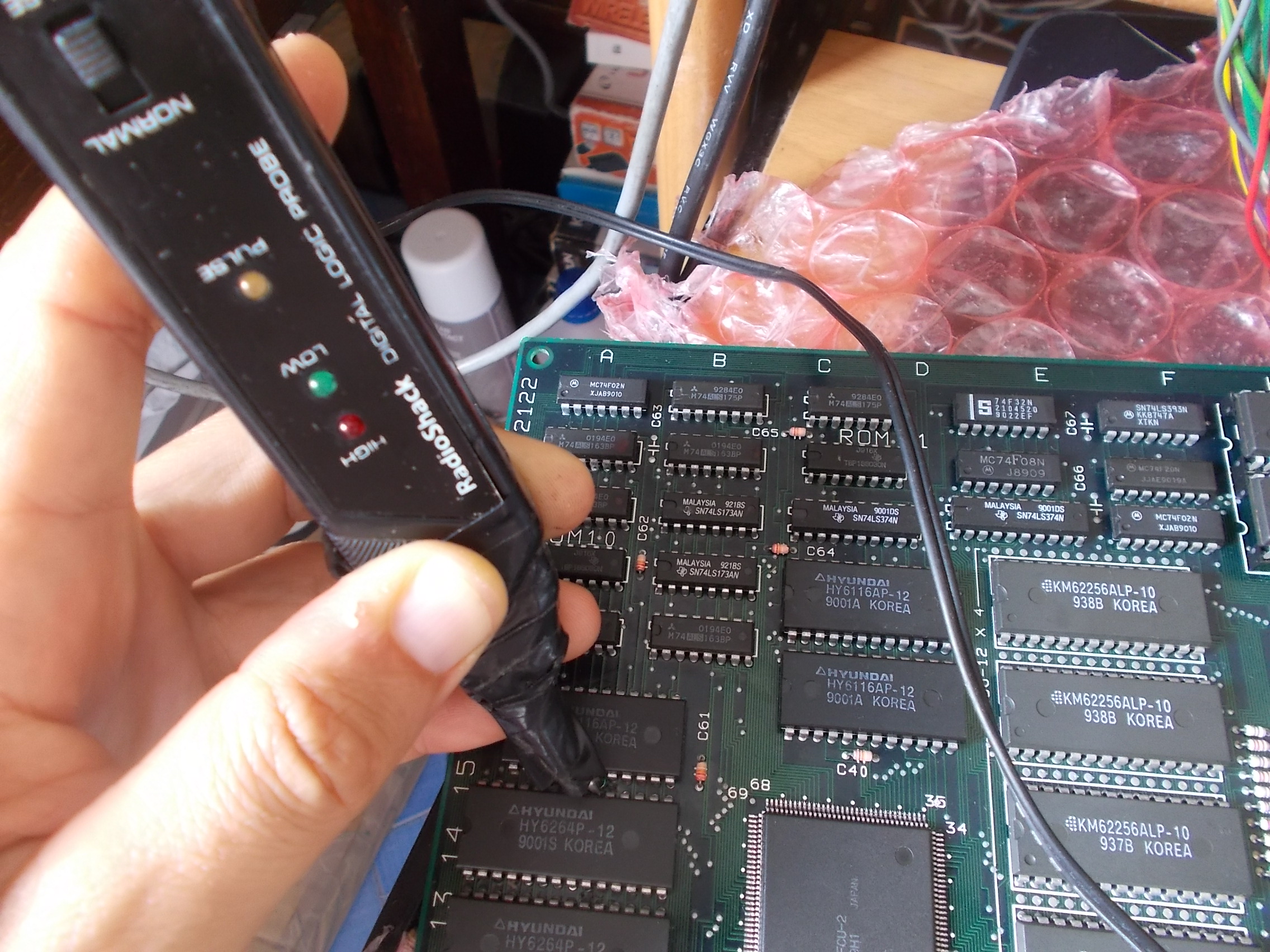 At a closer inspection I found a burnt trace going under them:

I removed two of the three involved RAMs: 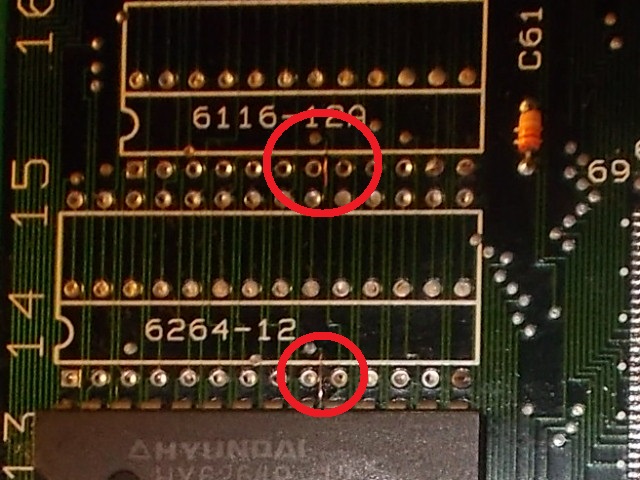 Tracing back the burnt trace I figured out it was a GROUND signal that should have been daisy-chained to the /CE lines (grounding also address lines A10-A9-A8 of the 6116)  of the three RAMs enabling the chips.A couple of jumper wires did the job: 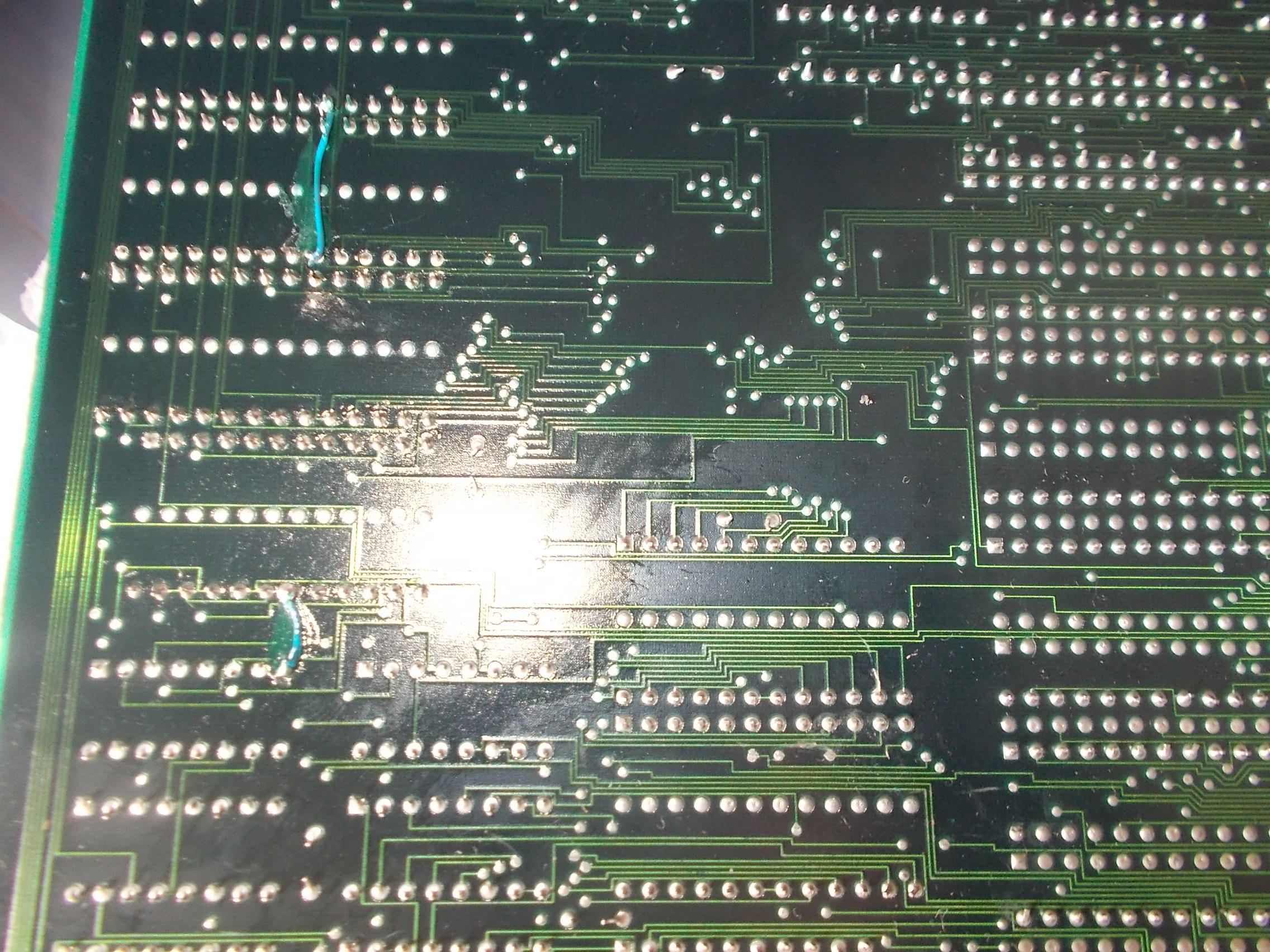