A quick double repair log of Toki, a funny and addictive platform game released by TAD Corporation in 1989. 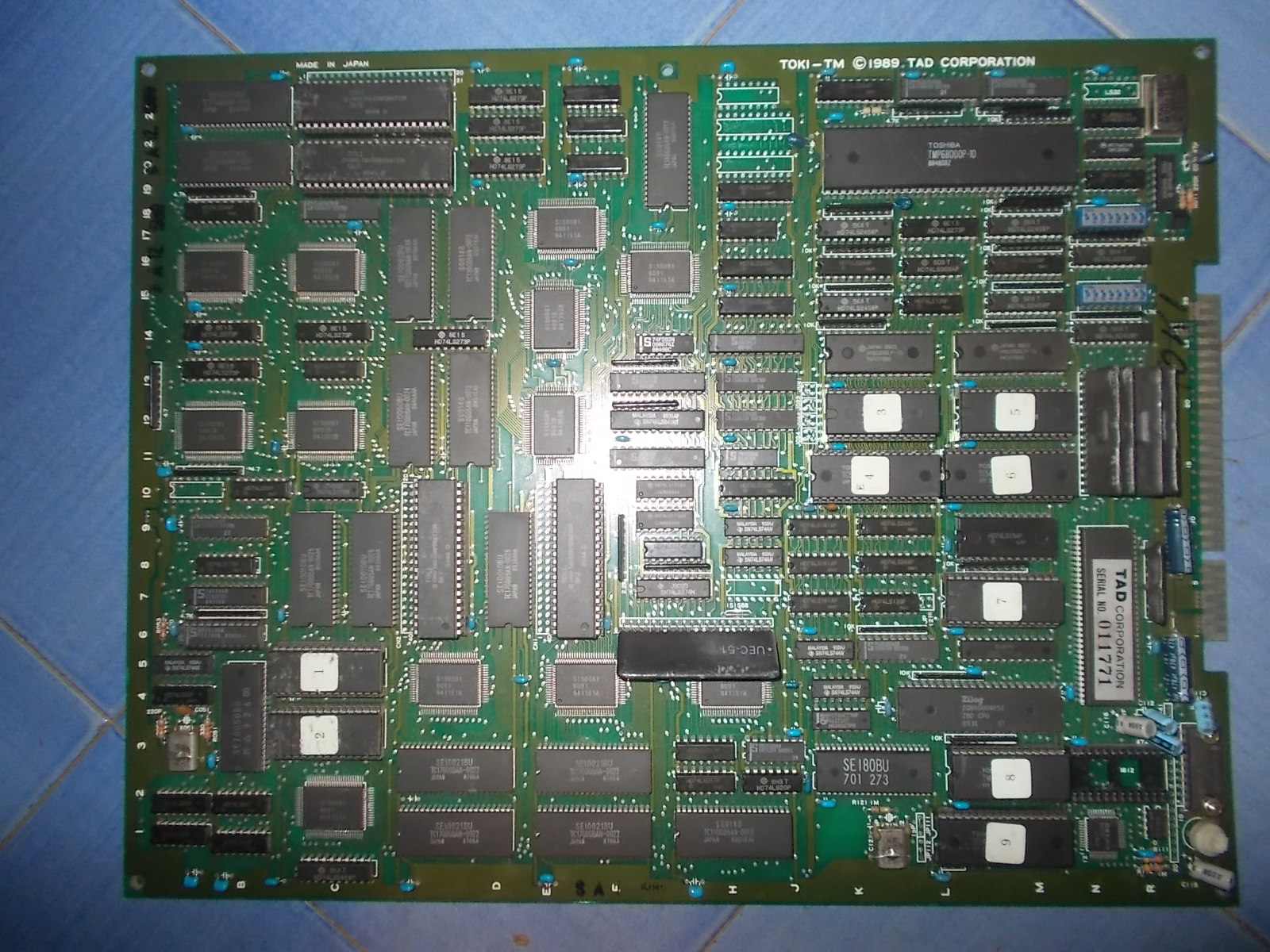 On power up it was stuck on a blank static screen: 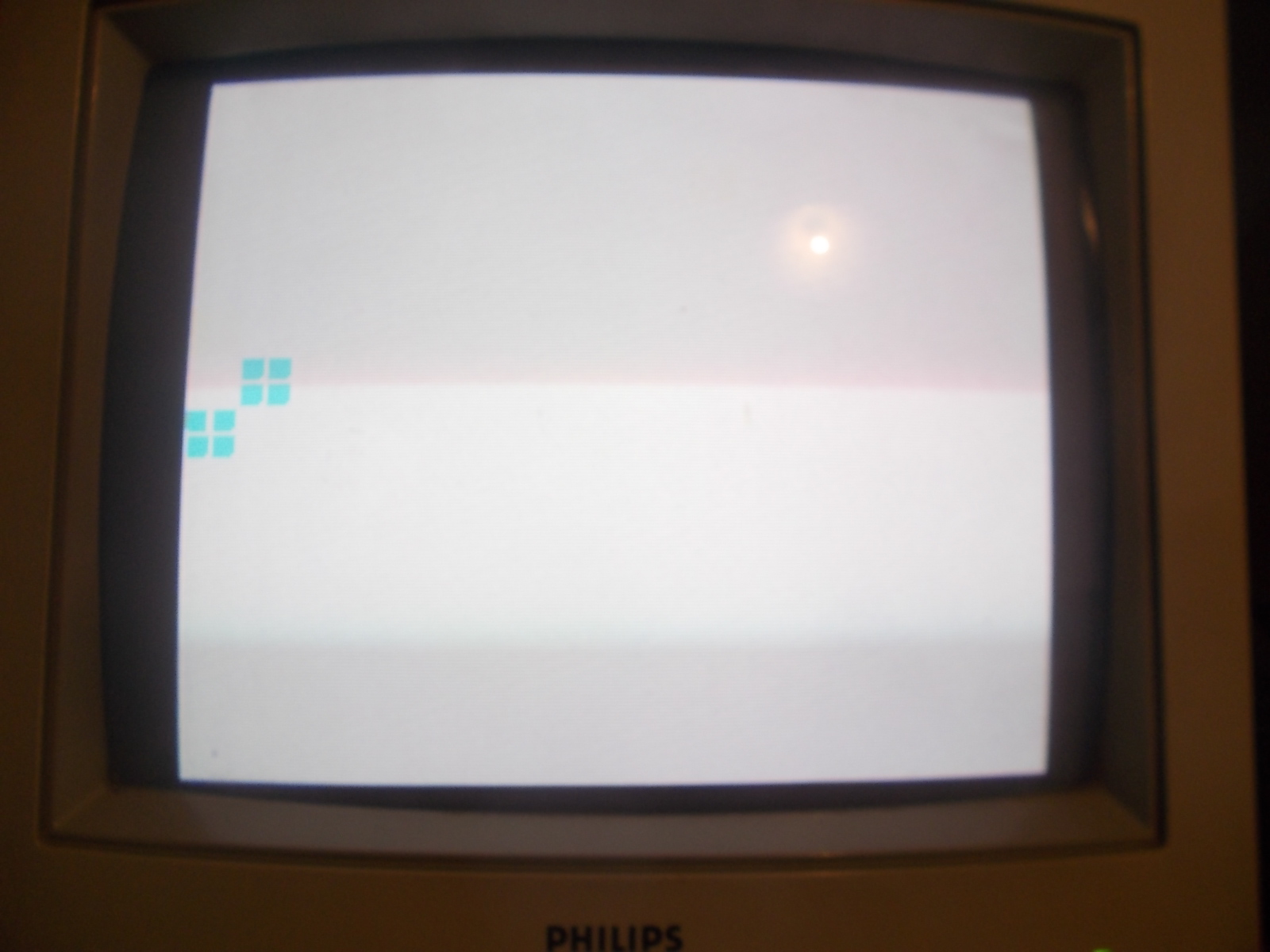 Doing a visual inspection I noticed some scratches on solder side: 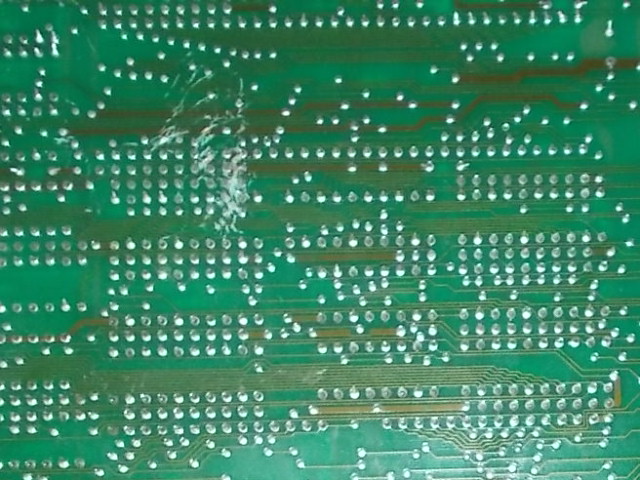 Using my multimeter in continuity check I found a couple of severed traces in the 68000 main CPU area:

After patched them the game successfuly booted: 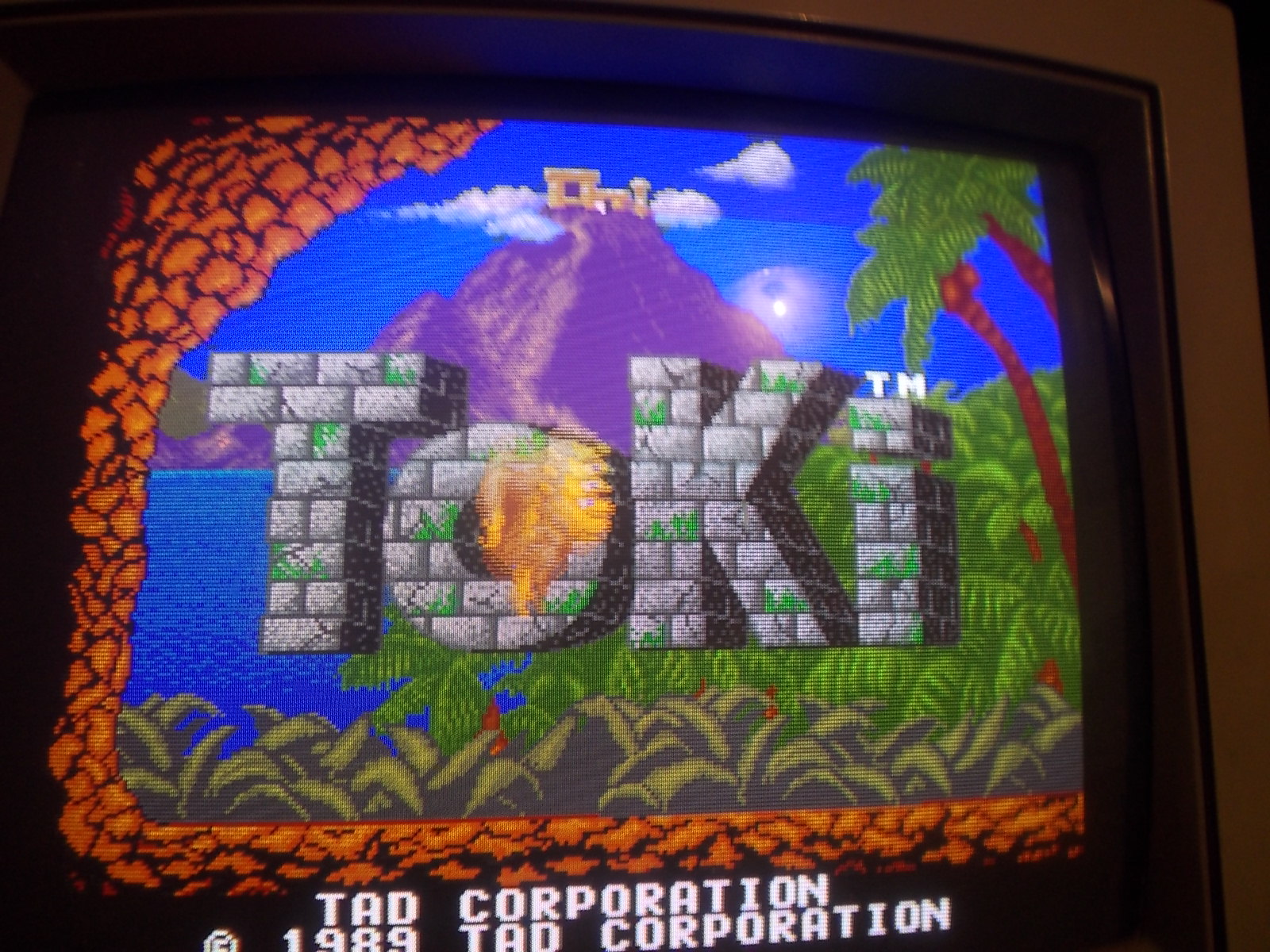 But sound was absent, this was due missing YM3812 OPL chip and custom SIL ‘HB-41’ module: 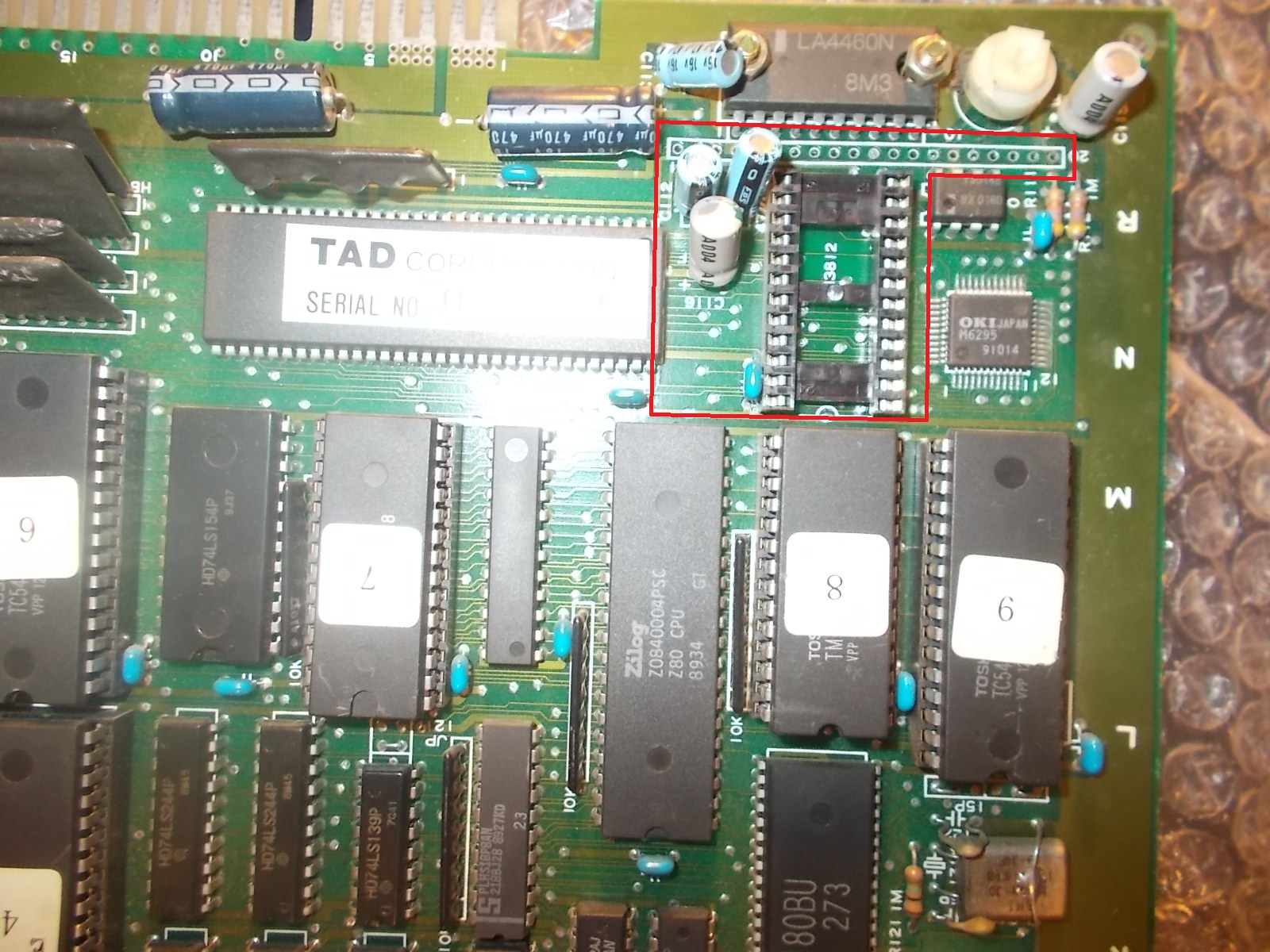 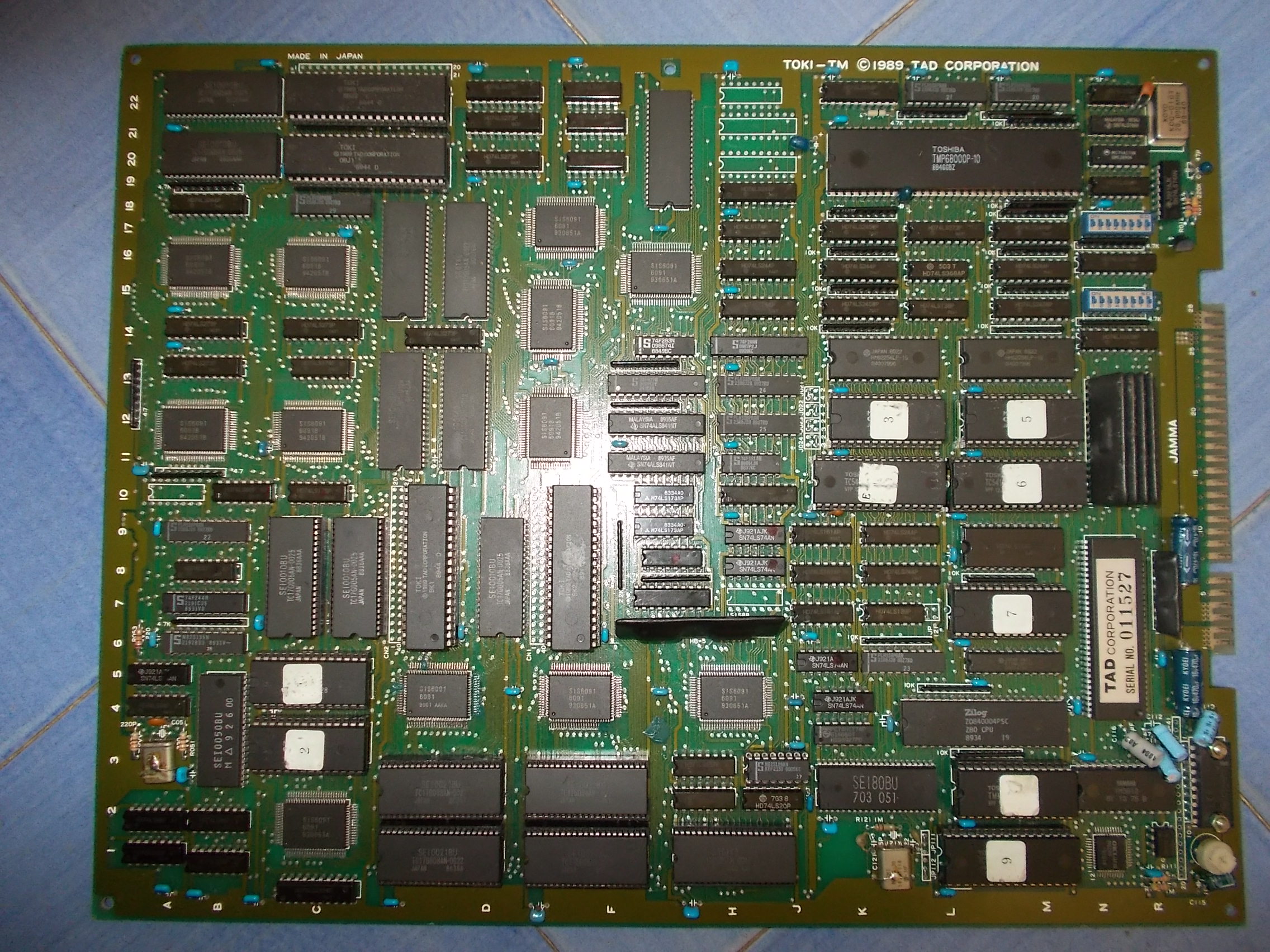 Board booted but backgrounds graphics were corrupted and flashing : 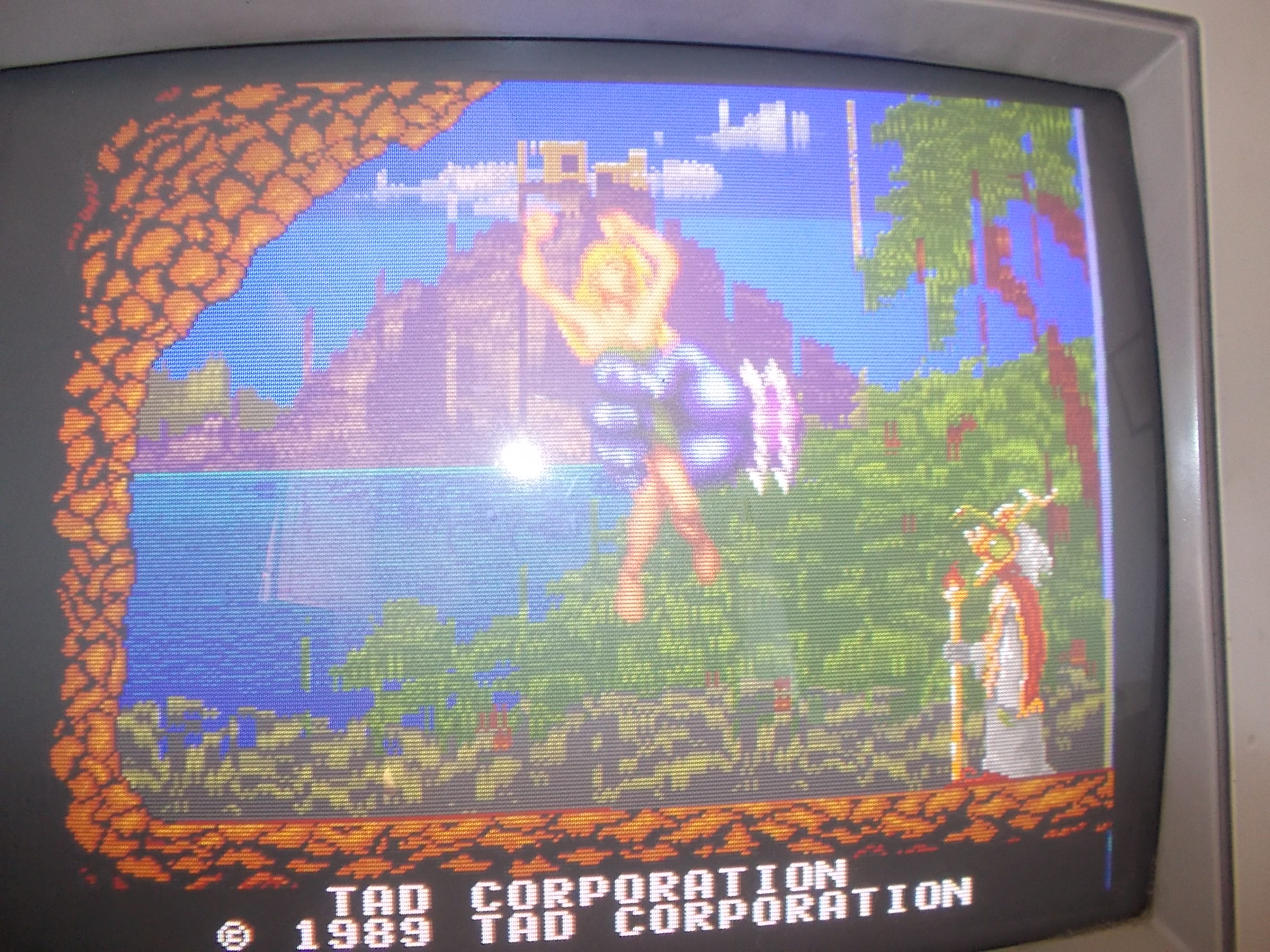 Also here I found a broken trace on solder side: 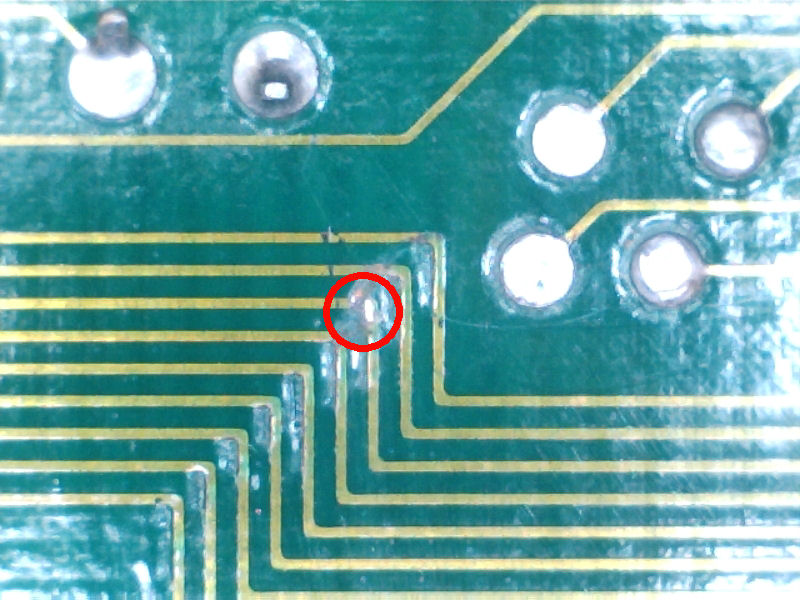 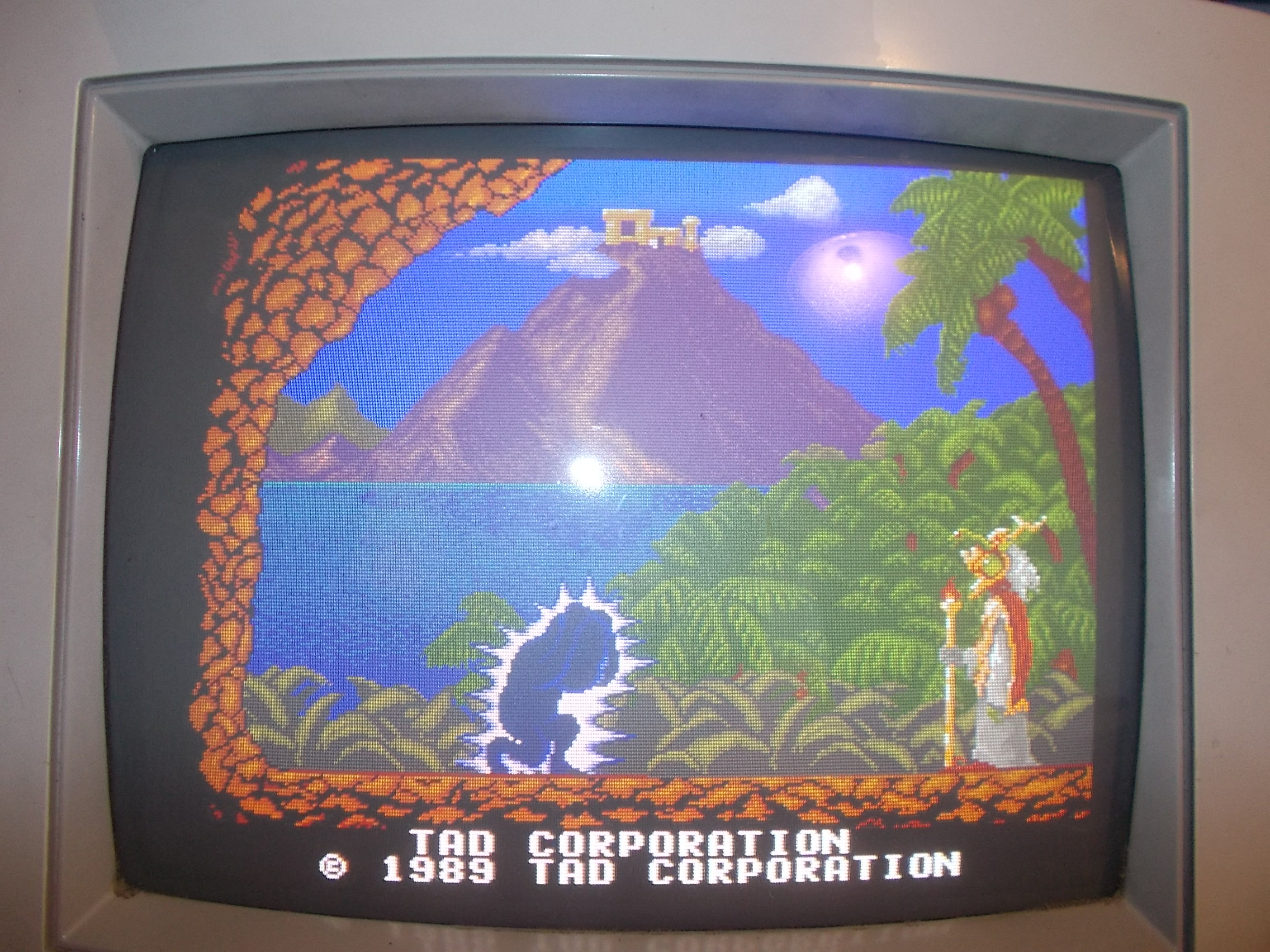 But, while I was testing the board, suddenly I lose sound and I could no longer coin up.The two issues are related each other since on this hardware the Z80  CPU commands the sound system but also handles coins.Indeed, probing it revealed a stuck signal on CLOCK pin 6 where a 3.579545 MHz one should be: 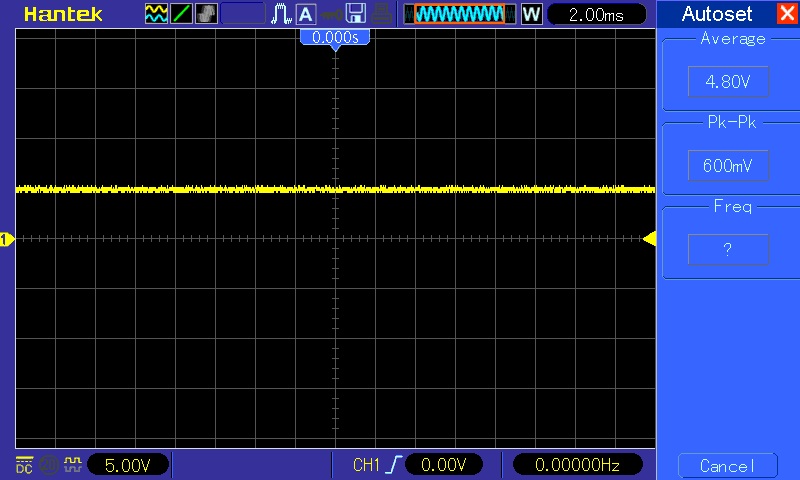 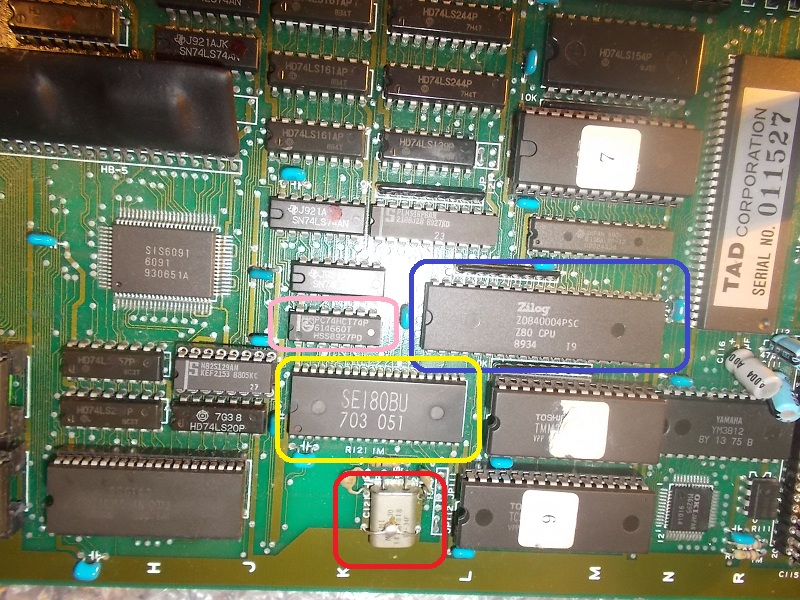 I replaced the quartz  with no luck , the 74HCT74 was not receiving any 7.159MHz signal so, for exclusion, the ‘SEI180BU’ had to be the culprit.I removed it and took the spare from a scrap Raiden PCB: 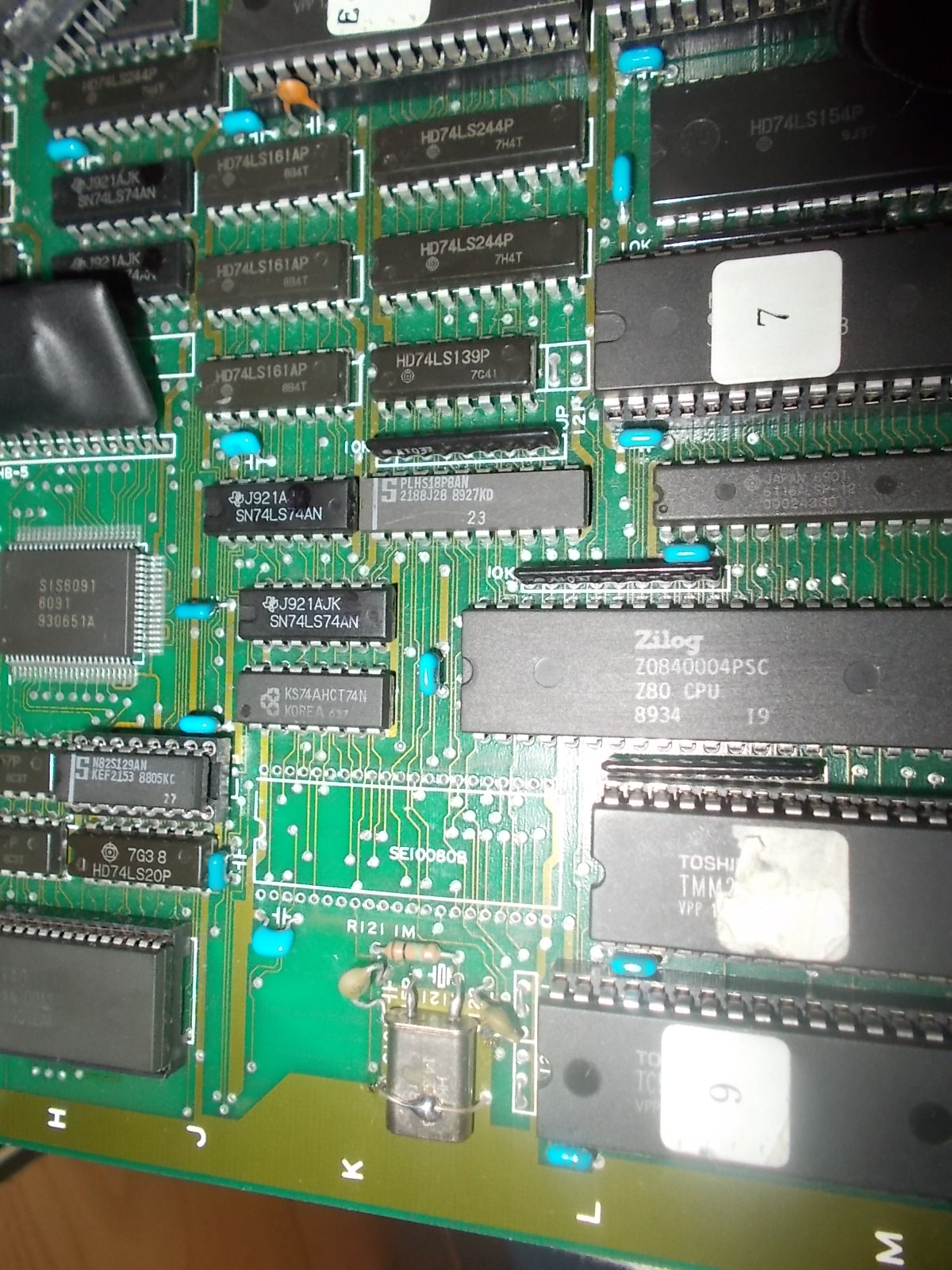 This restored sound hence the custom was really bad: 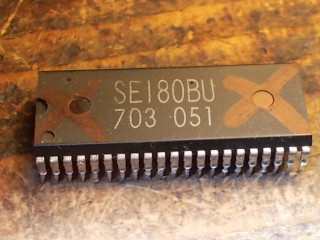