Received from Austria this Tricky Doc PCB for repair, a weird game released by the spanish Tecfri in 1987: 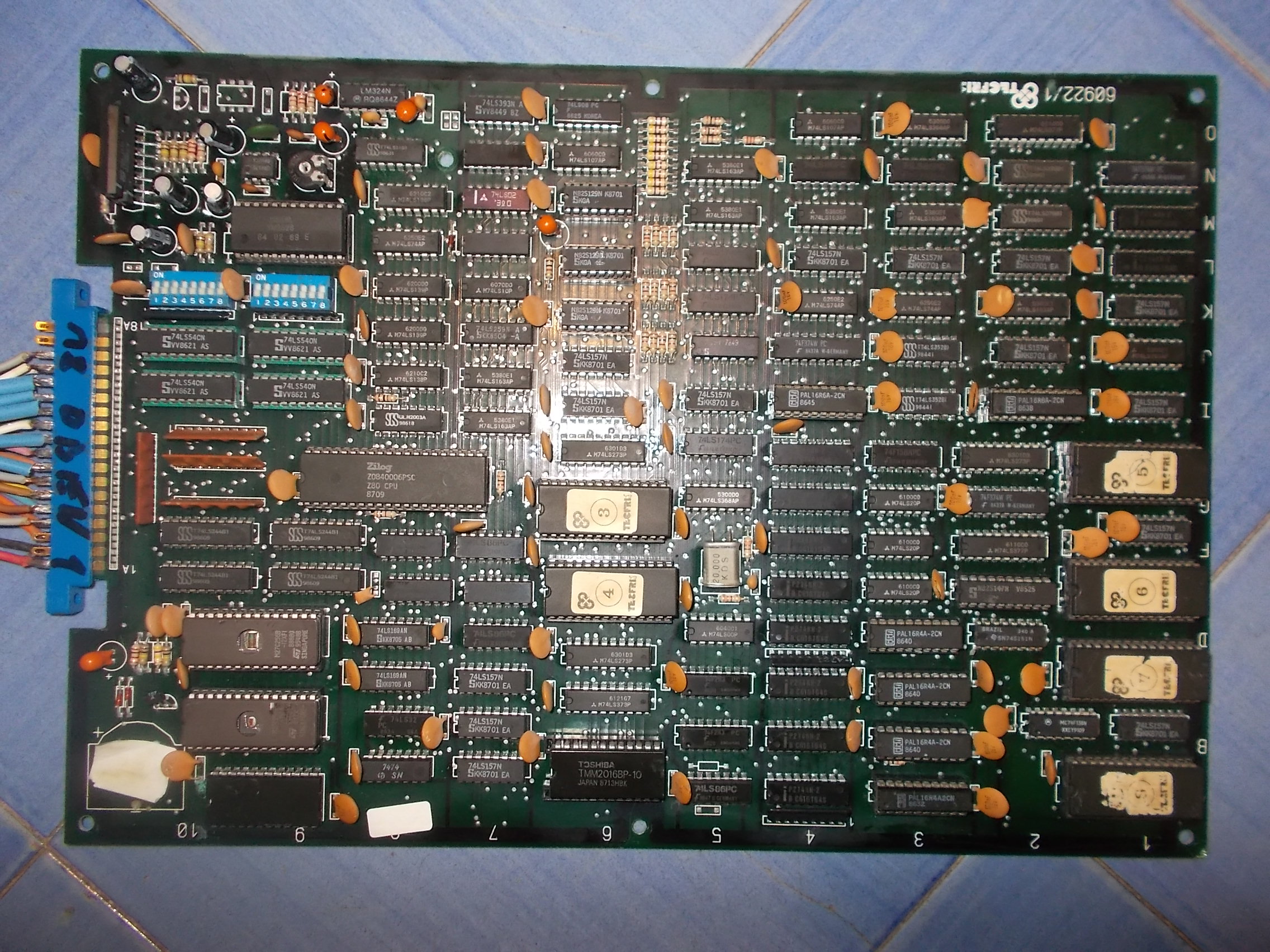 The board had severe graphic faults (and missing sound too) 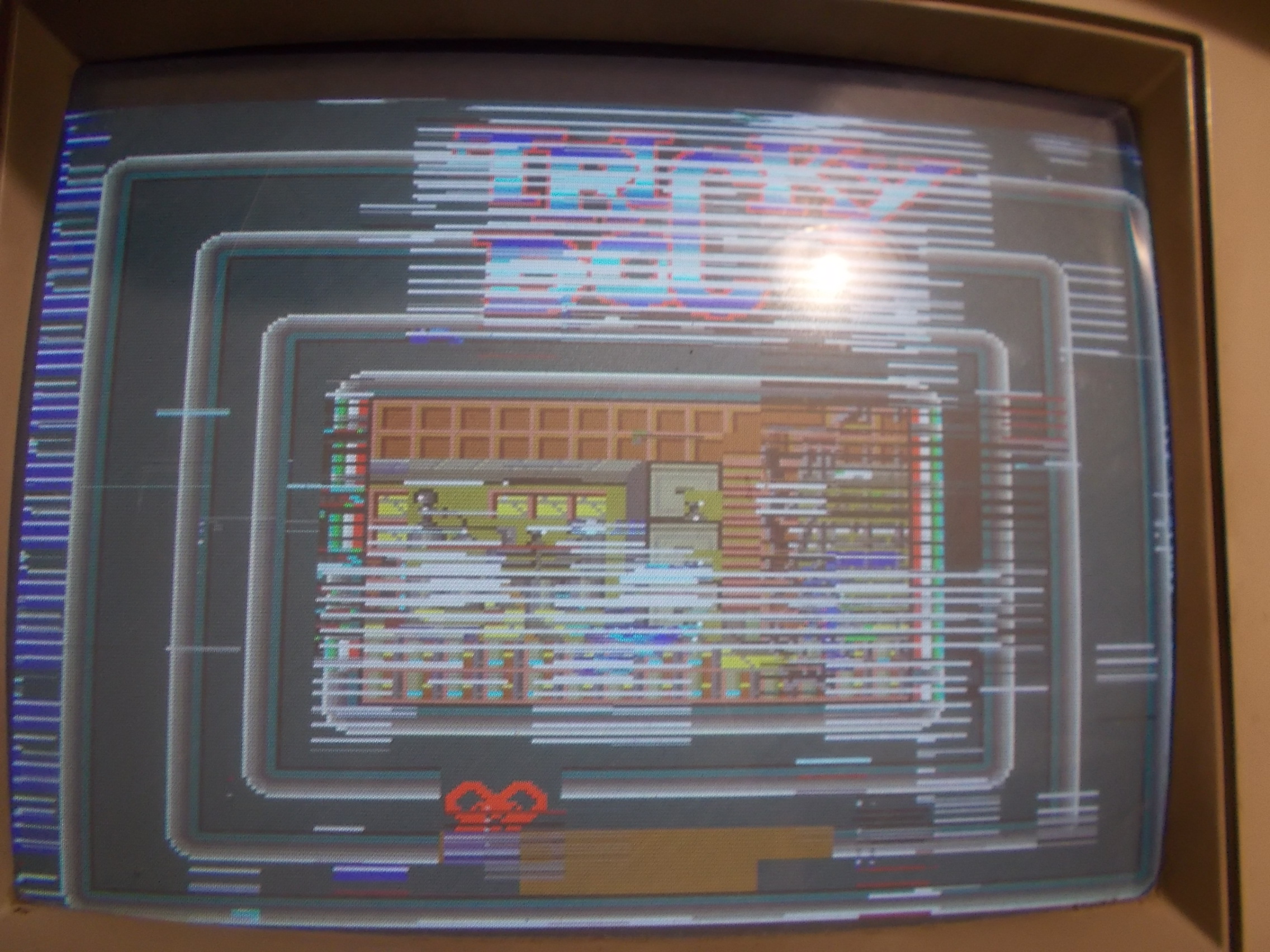 The faults affected mostly the sprites :

So I went to dump the four devices (27128) that store this part of graphics and I found a bad one : 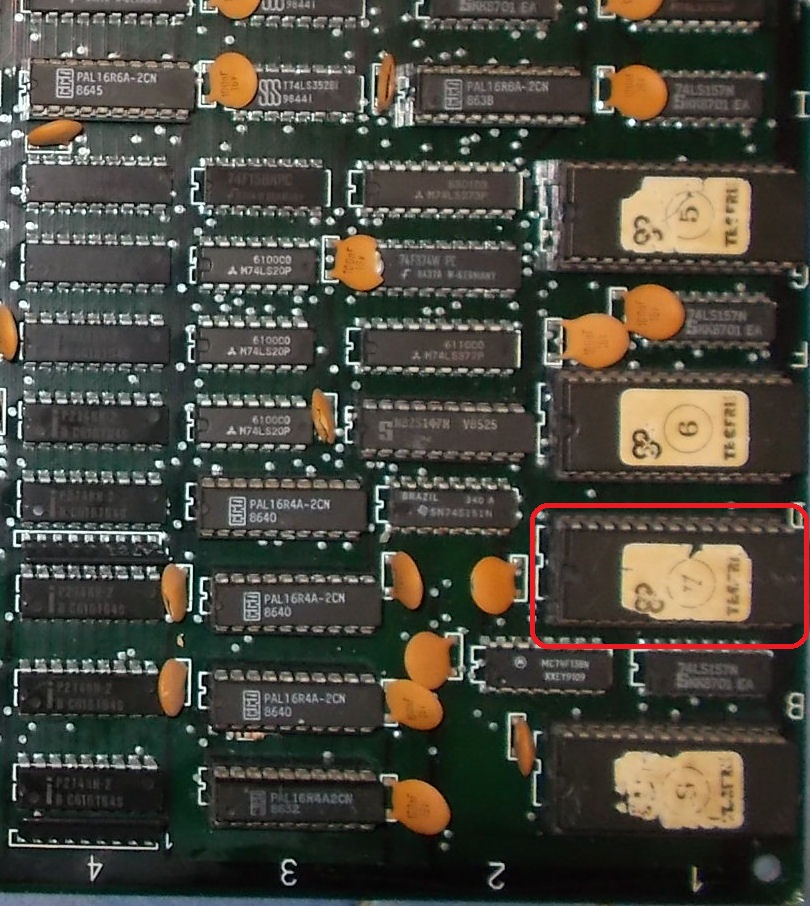 I was checking the sprites generation circuitry when I noticed that some address lines of the ROMs were tied to a 74F138 while all other ones to some 74LS157.I compared the board with a bootleg with identical layout and found that the 74F138 was wrongly installed, actually a 74LS157 must be used instead:

Checking around I found a fried trace that should  have connected to VCC pin 9 (/LOAD) of a 74LS163: 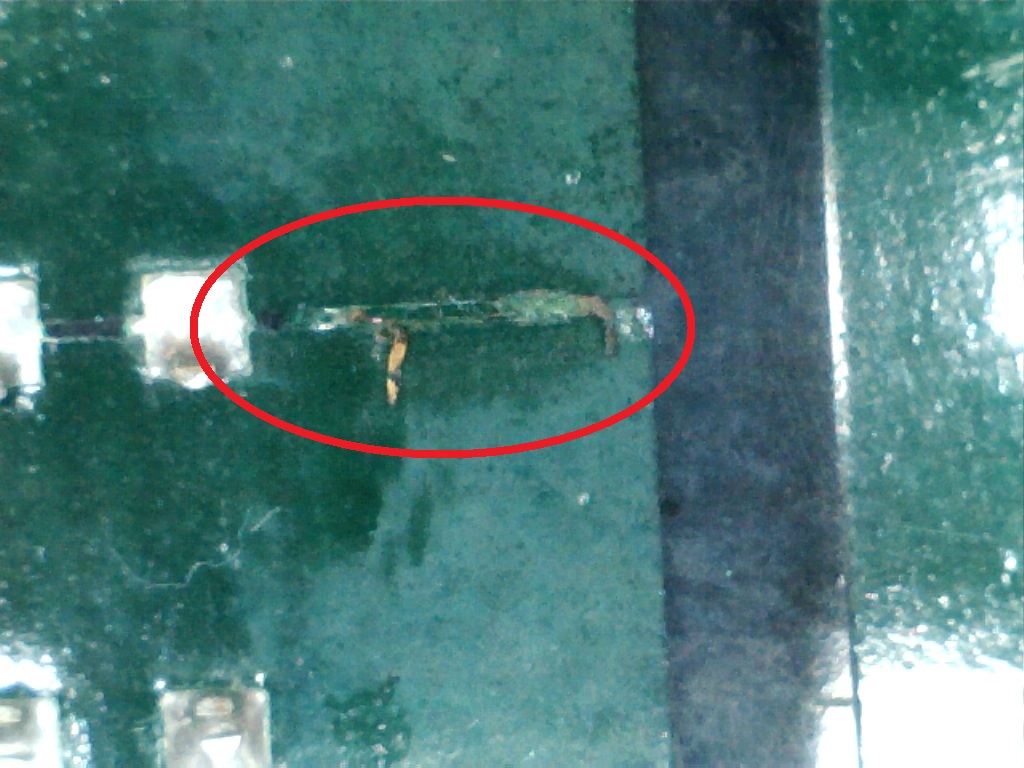 But all these findings lead to little improvement, graphic issue were still noticeable.So moved on to troubleshoot the lack of sound.With an audio probe I found that sound was present before reaching the main amplfier, a Philips TDA1510, but then I got silence on edge connector pins: 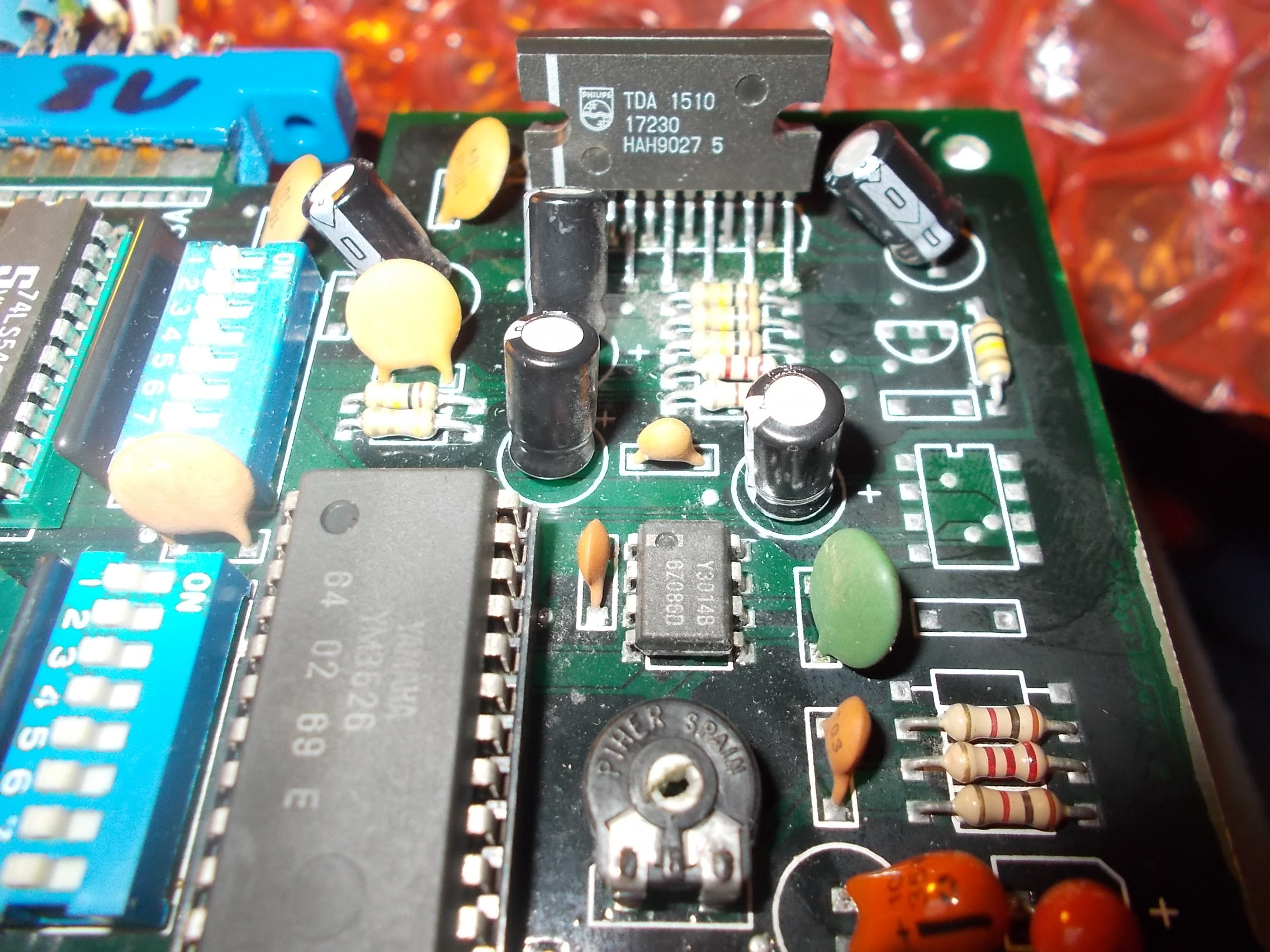 It turned out that the amplifer lacked the GROUND connection (so it was no powered) so I added a jumper wire from its pin 7 to a near point.I also installed some capacitance (a 15nF mylar capacitor) between input pin 2 of the amplifier and GROUND to shut down some buzzing noise.

Back to the GFX issue, there is a row of eight 2148 RAMs (1K x 8-bit device) involved in sprites circuit: 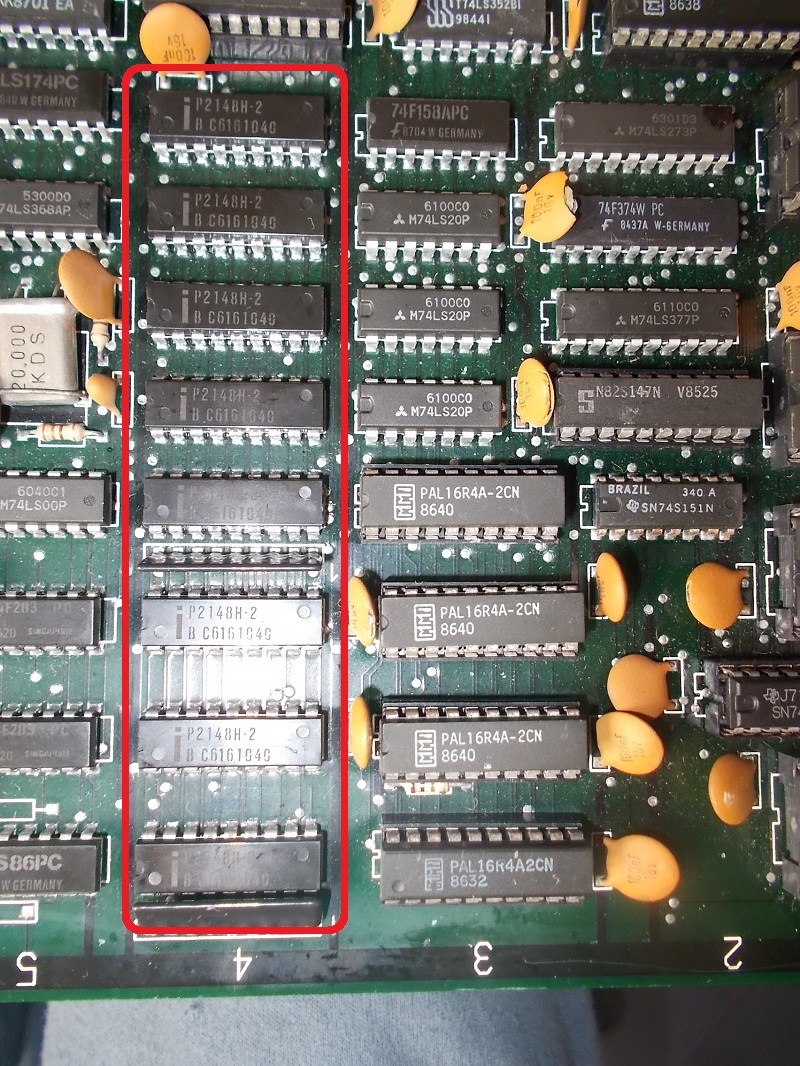 The two on top were really burning hot to the touch.A quick check with a multimeter revealed some data lines were nearly shorted to VCC: 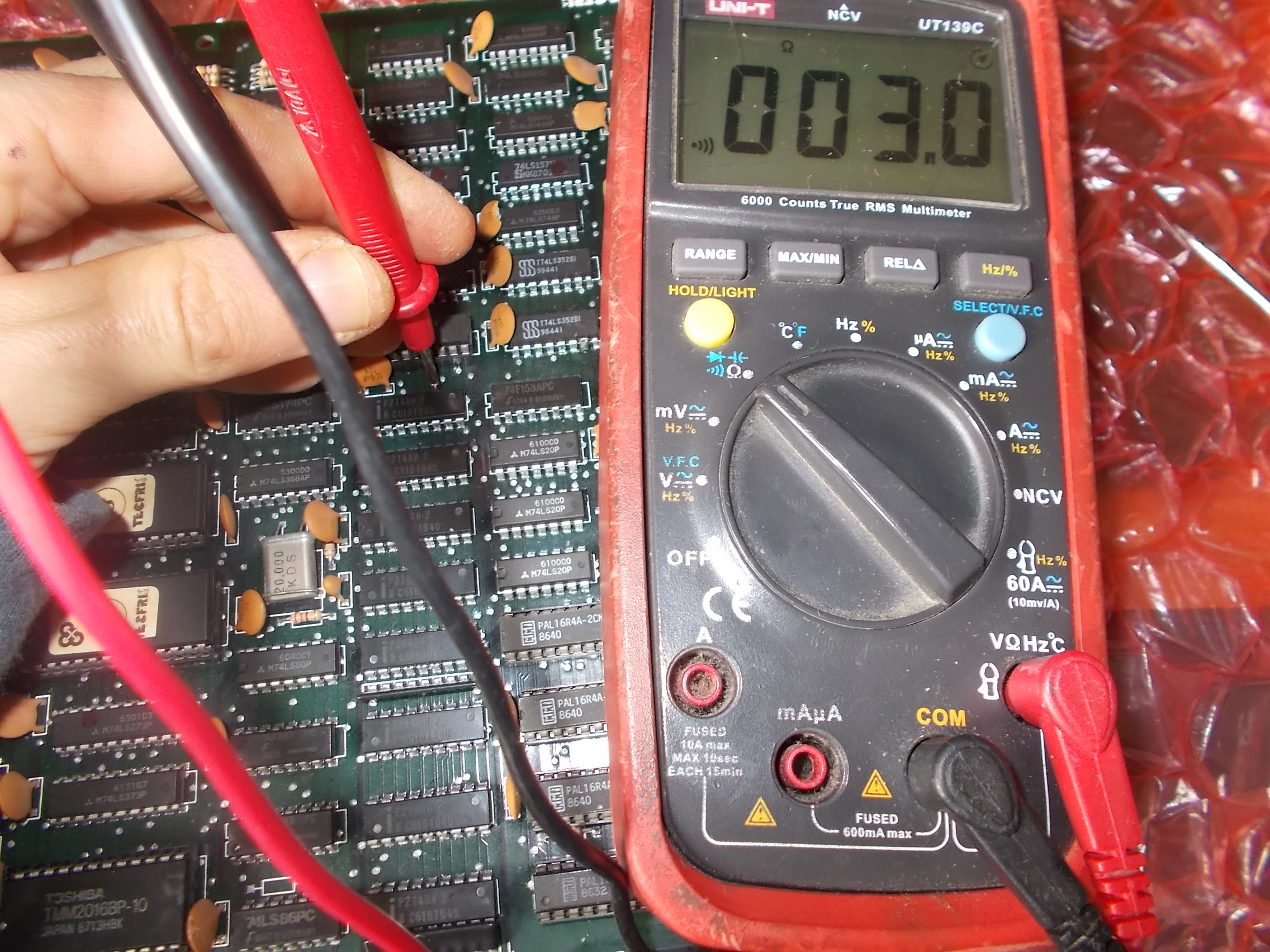 They obvioulsy failed when tested out-of-circuit: 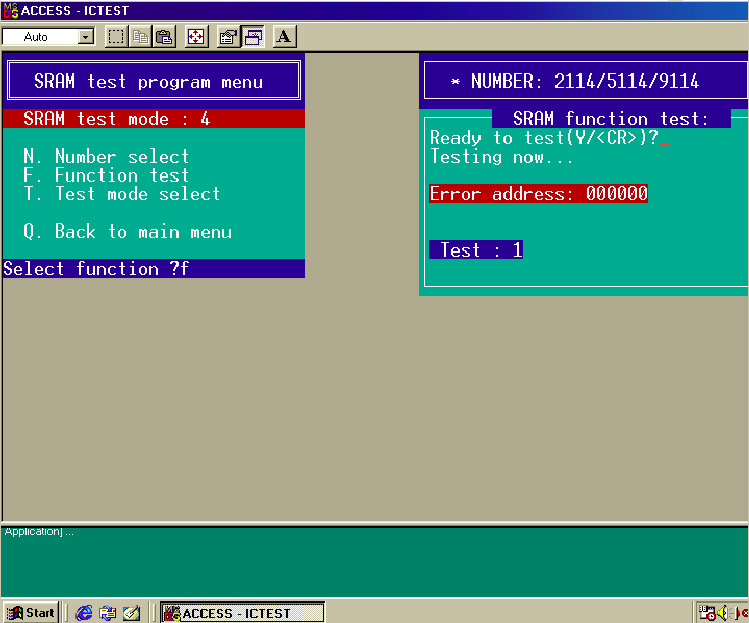 This was the status of the board so far, sprites were still glitched:

I started to check ICs in-circuit using a logic comparator and doing piggybacking too.When I put a good IC on top of the 73F374 @2G : 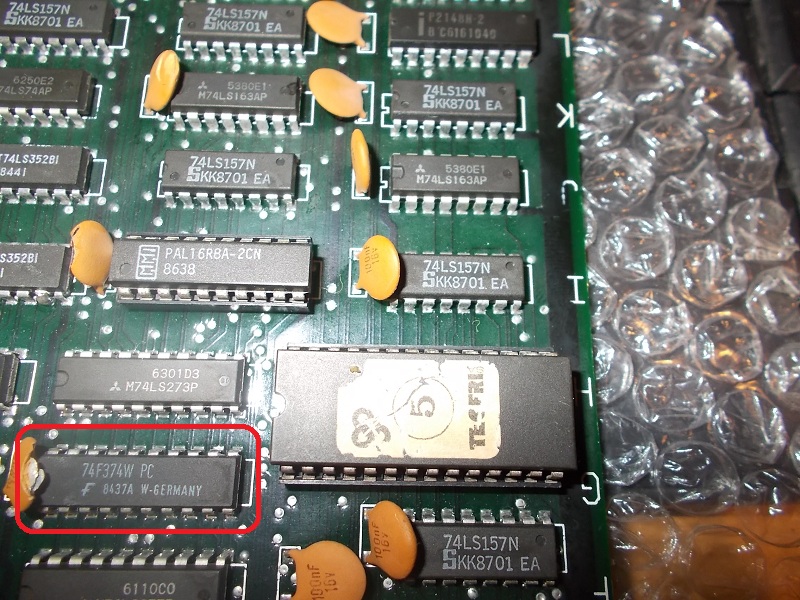 the graphics were completely restored: 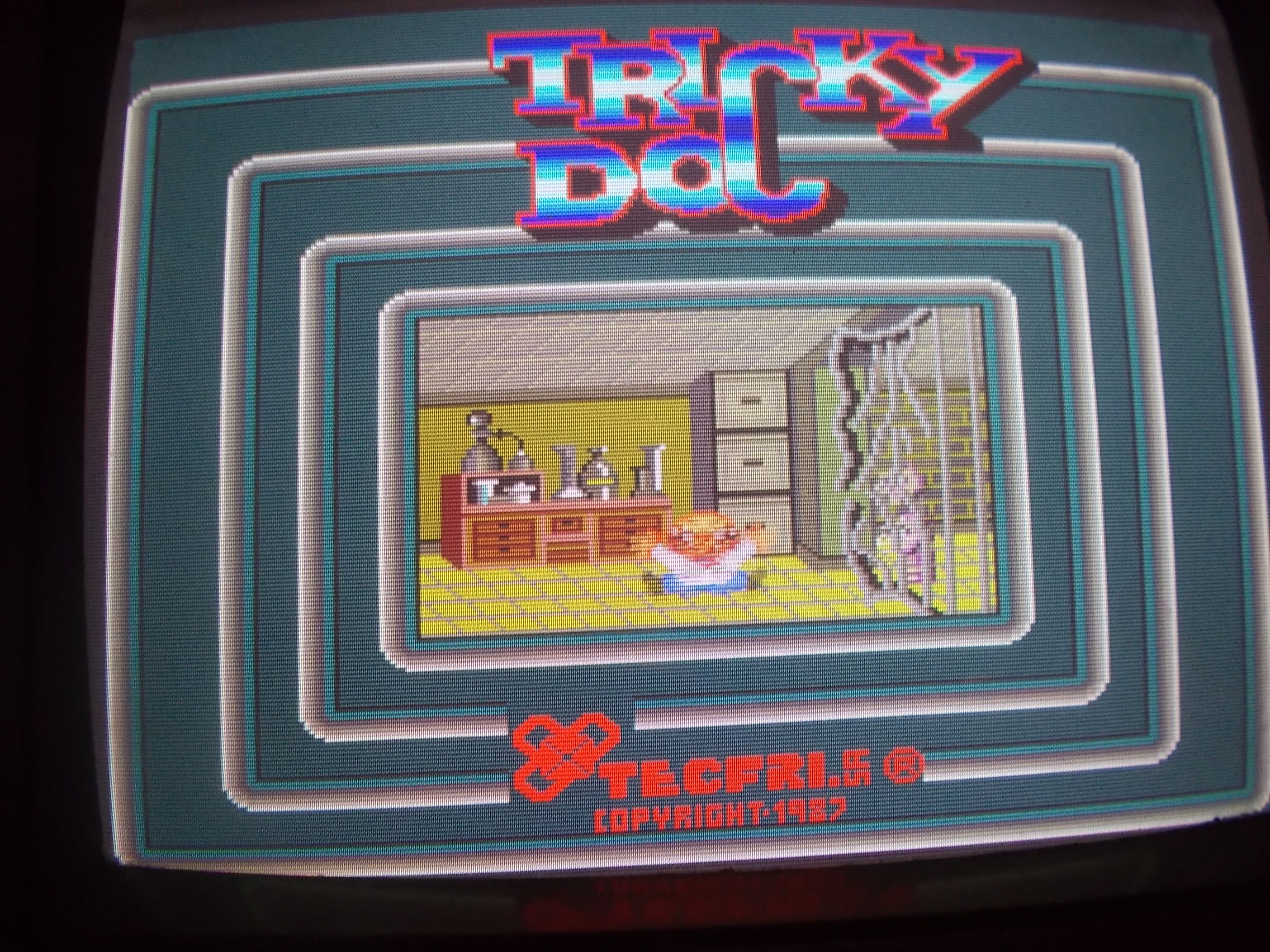 I removed the IC and, altough my testers reported it as good, I replaced it.This cured the issue and fixed board completely.As title of the game suggests, it was a “tricky” repair but was worth it in order to salveage a such unusual board.