Another faulty Truxton PCB on the bench: 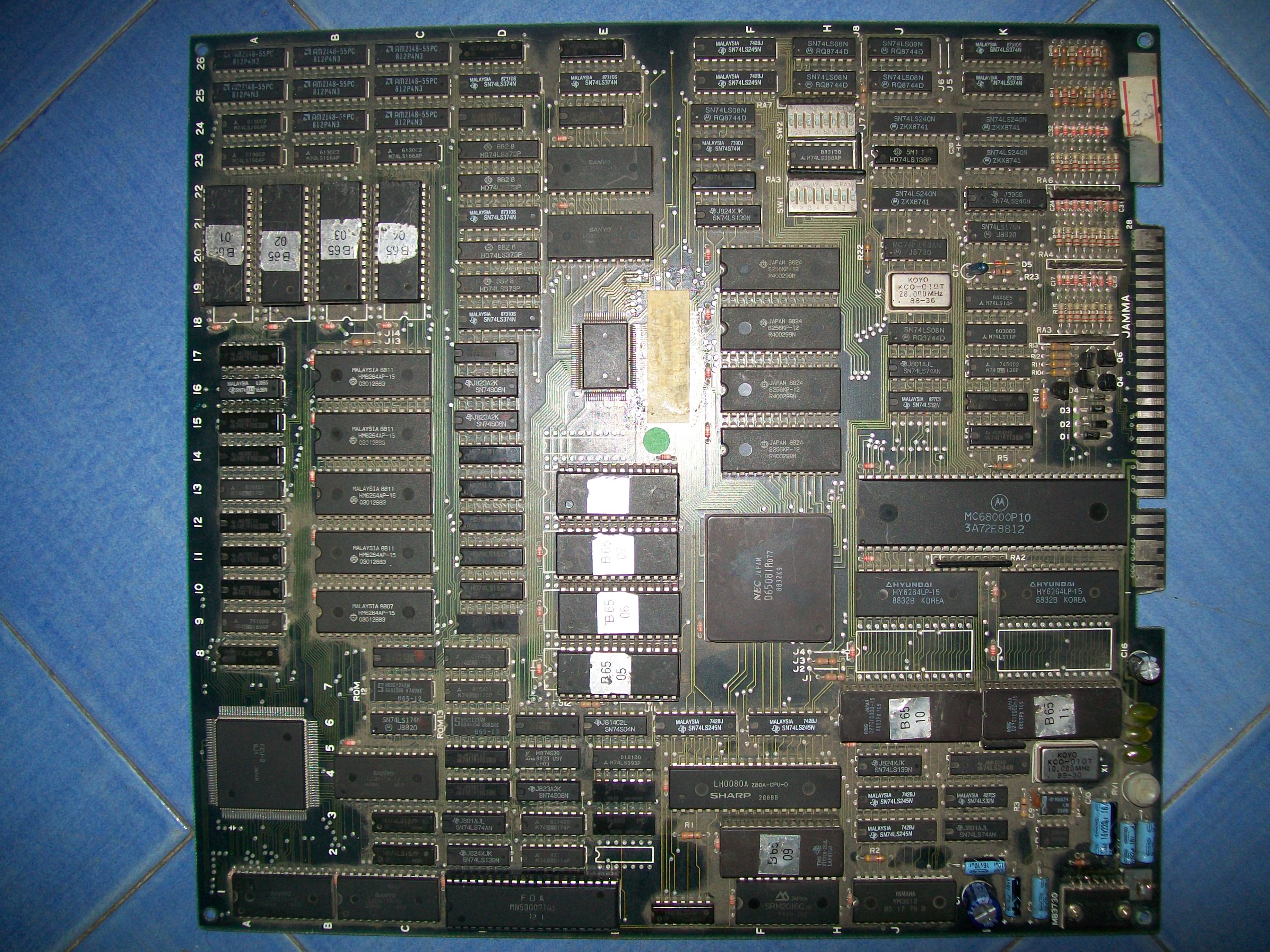 These were the issues: sprites were totally absent, sounds was loud and screen was disturbed by some wavy lines

Interferences on video are a common issue on this board, usually they are caused by electrolytic capacitors with increased ESR (especially the filter ones connected to +12V line).On my board the capacitor @C1 connected to +12V was previoulsy replaced: 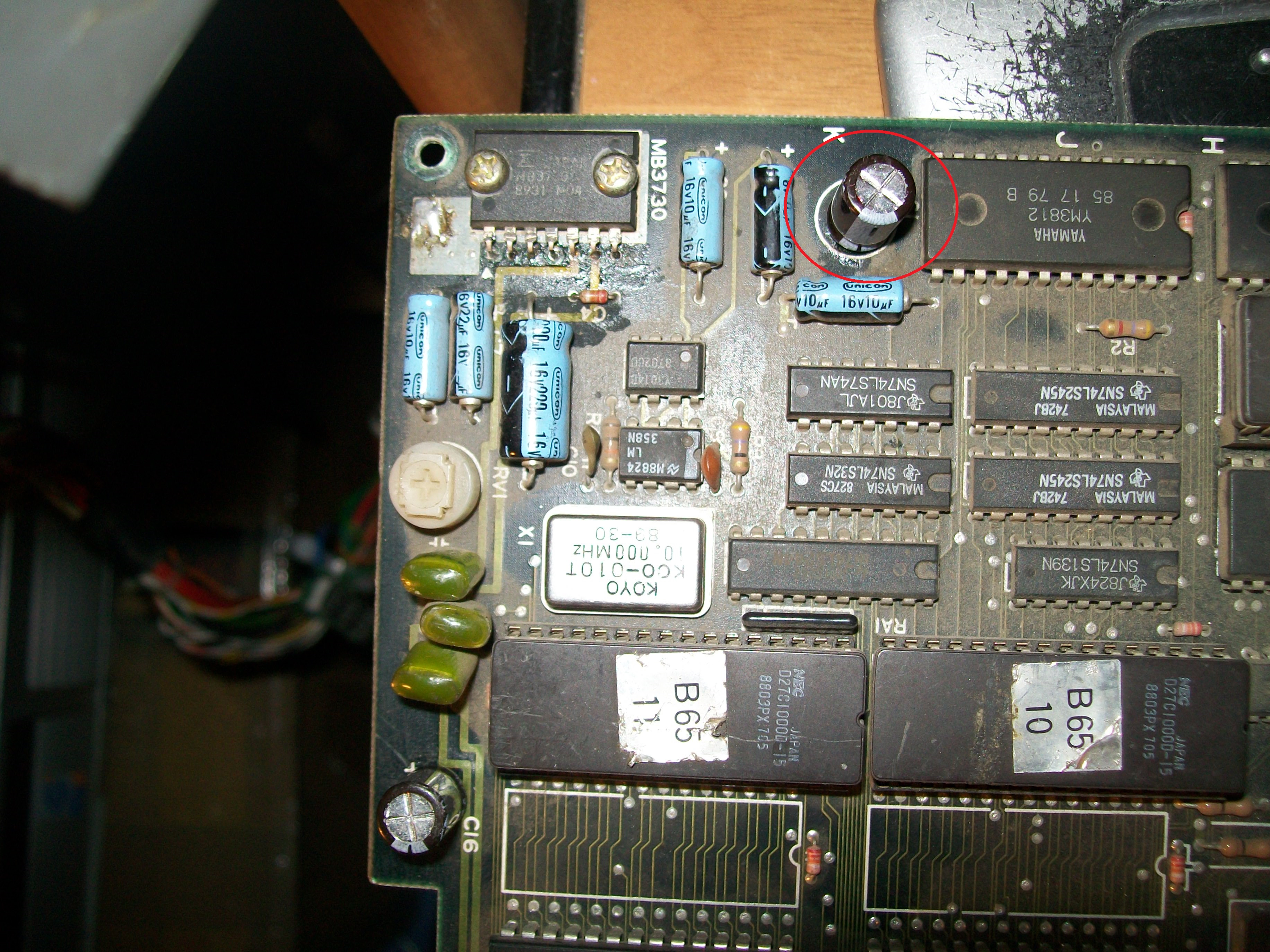 But who replaced it managed to break the internal connection to GND of its negative terminal, you can see in the below picture that pads (and internal rivets) were ripped off: 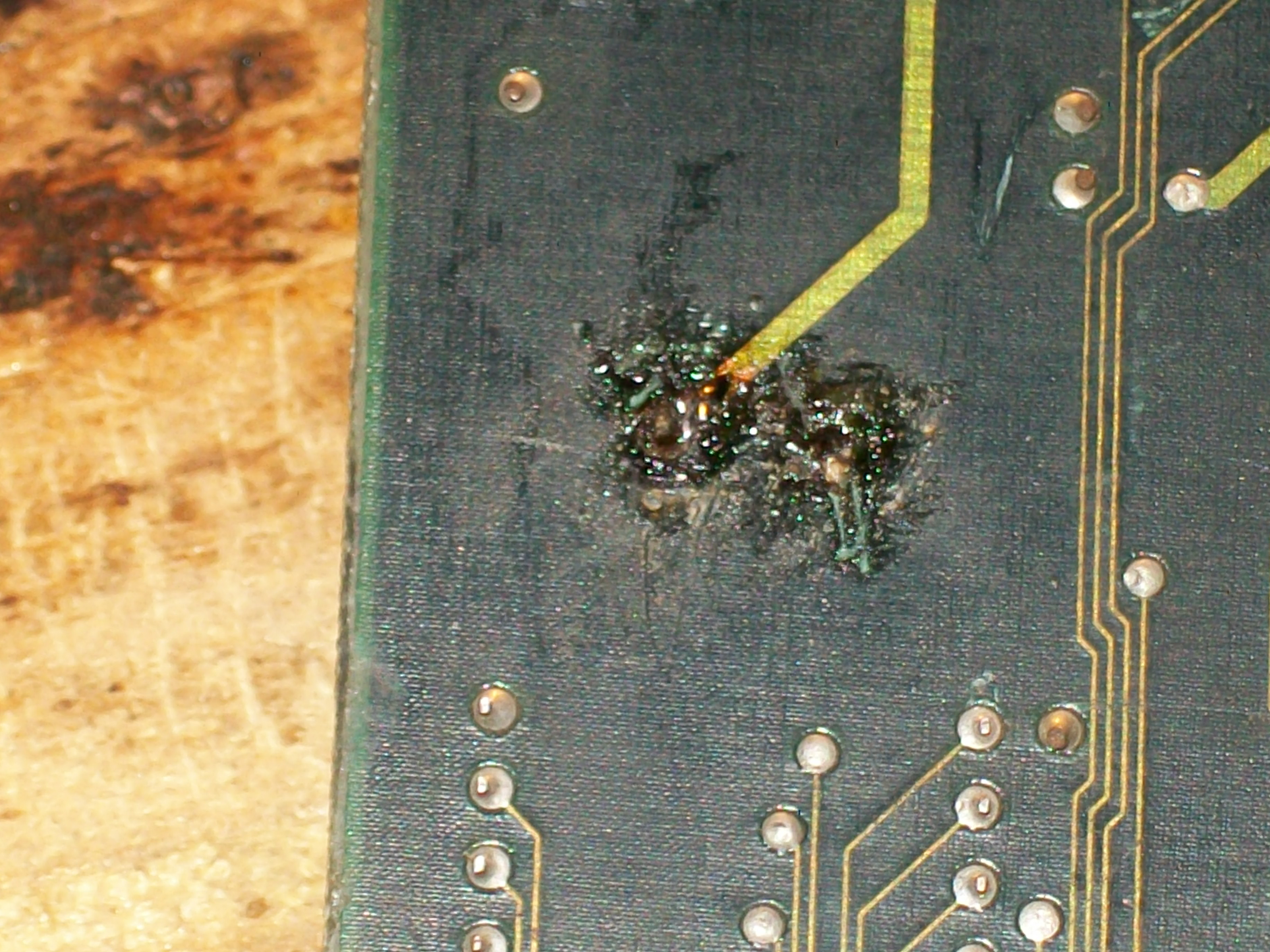 The capacitor lost its GROUND reference hence it was not operational.This also explained why sound was loud: the amplifier was oscillating due the missing function of this capacitor (the role of these capacitors in audio circuit is indeed to avoid dangerous oscillations of components) and this affected the video too.I restored the connections, this cured both loud sound and video interferences so I moved on to troubleshoot the lack of sprites.Object data are stored in four 1Mbit 28 pin MASK ROMs : 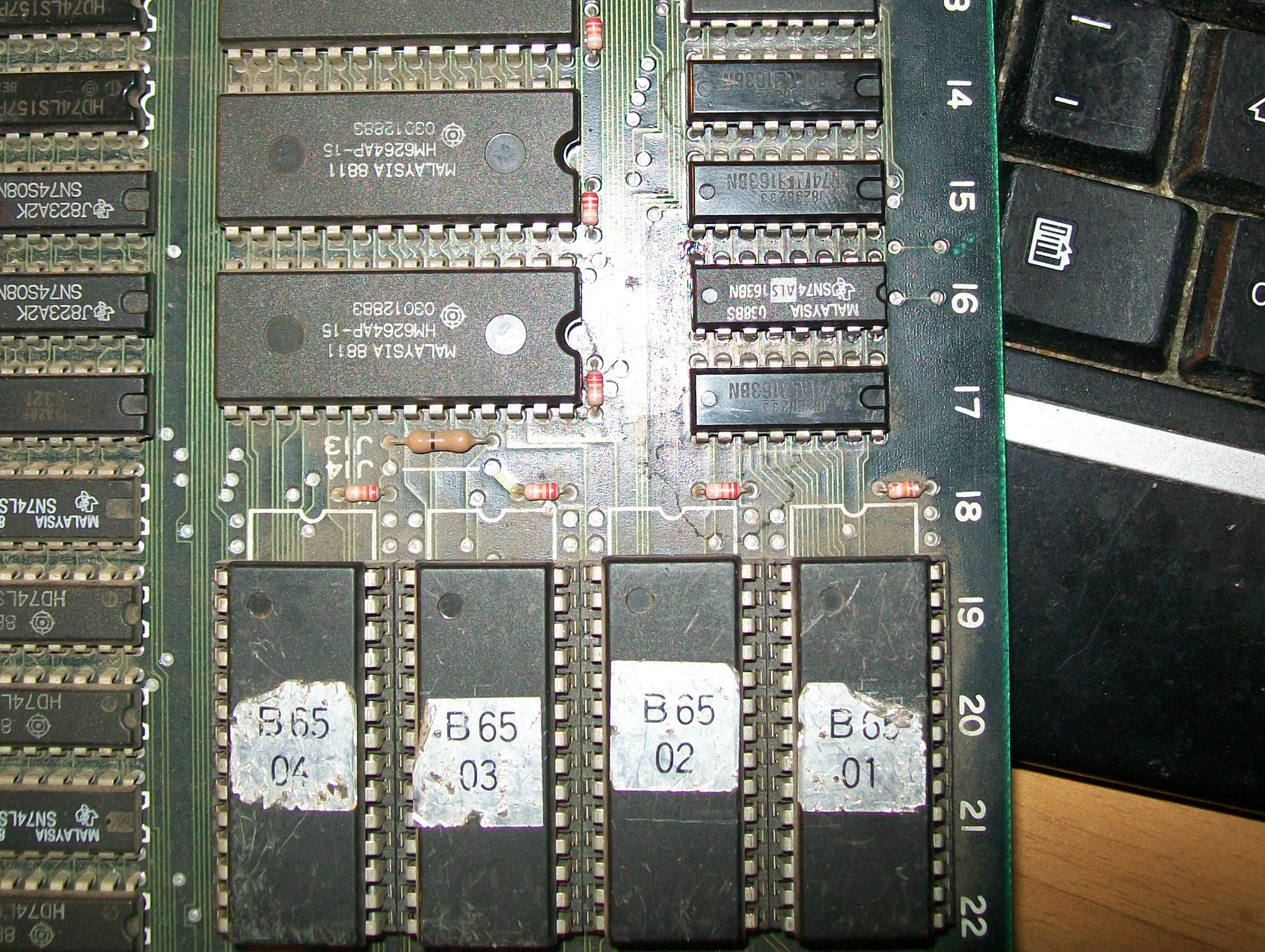 Probing  the address lines revealed they were all stuck low and hence data lines too.Address lines come from outputs of some 74LSALS163 but they resulted good when tested in circuit by my logic comparator.Probing around revealed nothing abnormal until I came across this custom chip (DIP 42 package) marked ‘TOAPLAN-02 M70H005’: 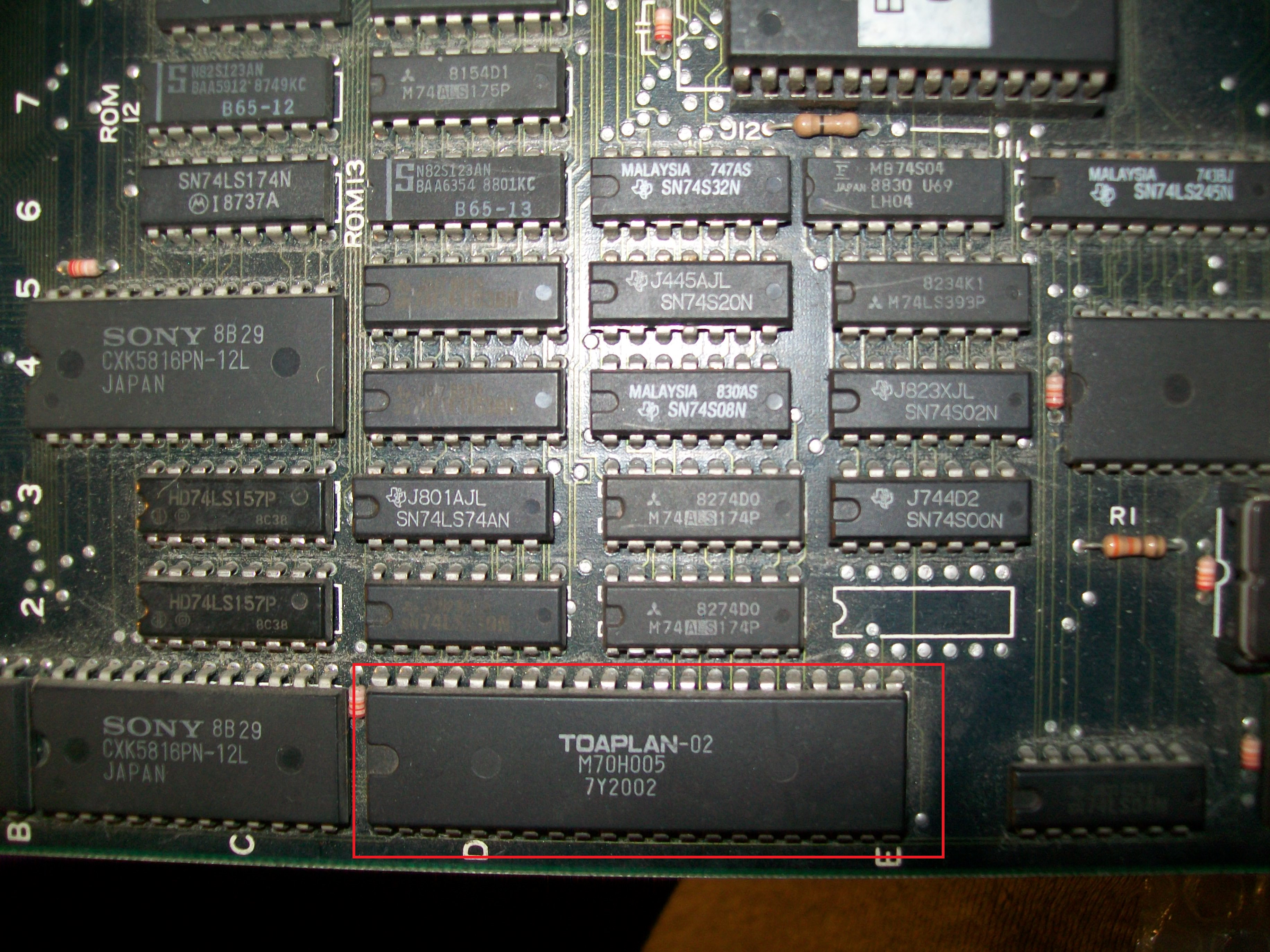 All the pins from from 1 to 21 ( not counting  pin 21 which is GND) were toggling but all the ones from 22 to 42 on the other side (except pin 29 GND, and 23-42 VCC) were stuck, these were most likely the outputs.I compared the behaviour on a good board and had confirm that the stuck pins had to be active hence the custom was dead.I desoldered it and I found a ‘GXL-02’ silkscreening under the chip: 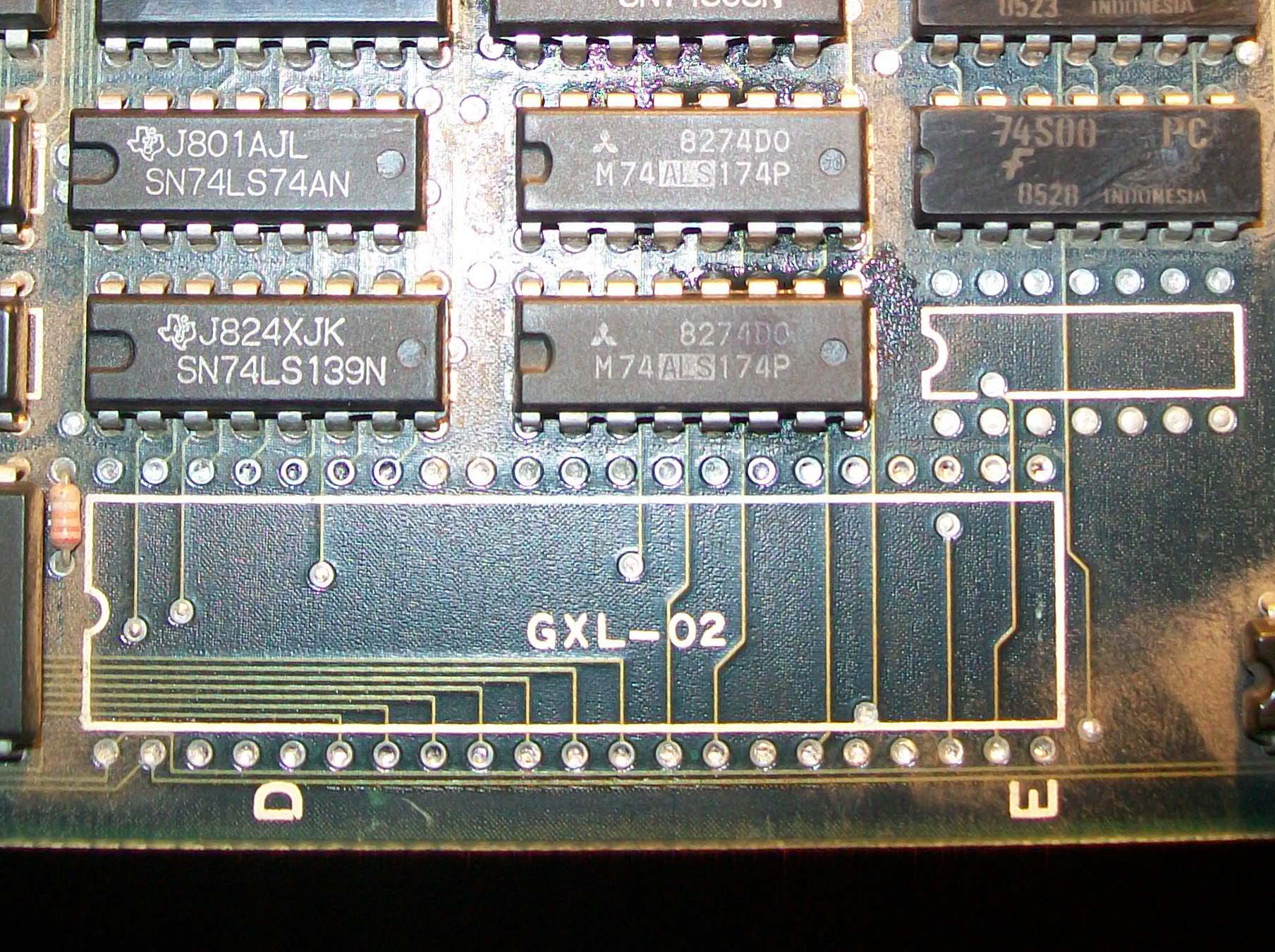 I remembered I had a couple of other Toaplan boards I harvested (Hellfire and Out Zone) with same silkscreening on PCB but different marking (”FDA MN53007T0A’)  of the custom chip: 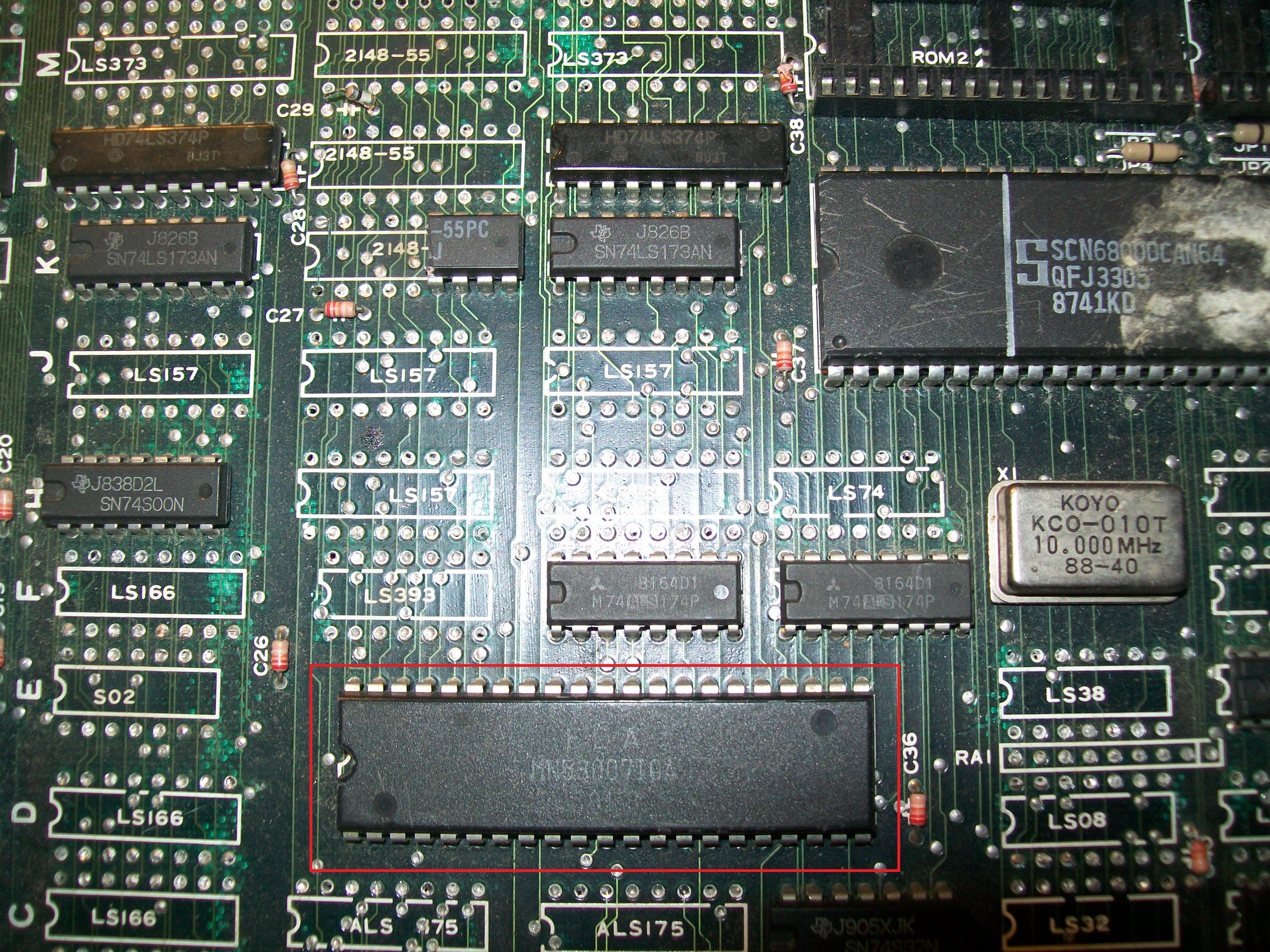 Power supply pins were the same so was worth a try.And I was successful, sprites were back: 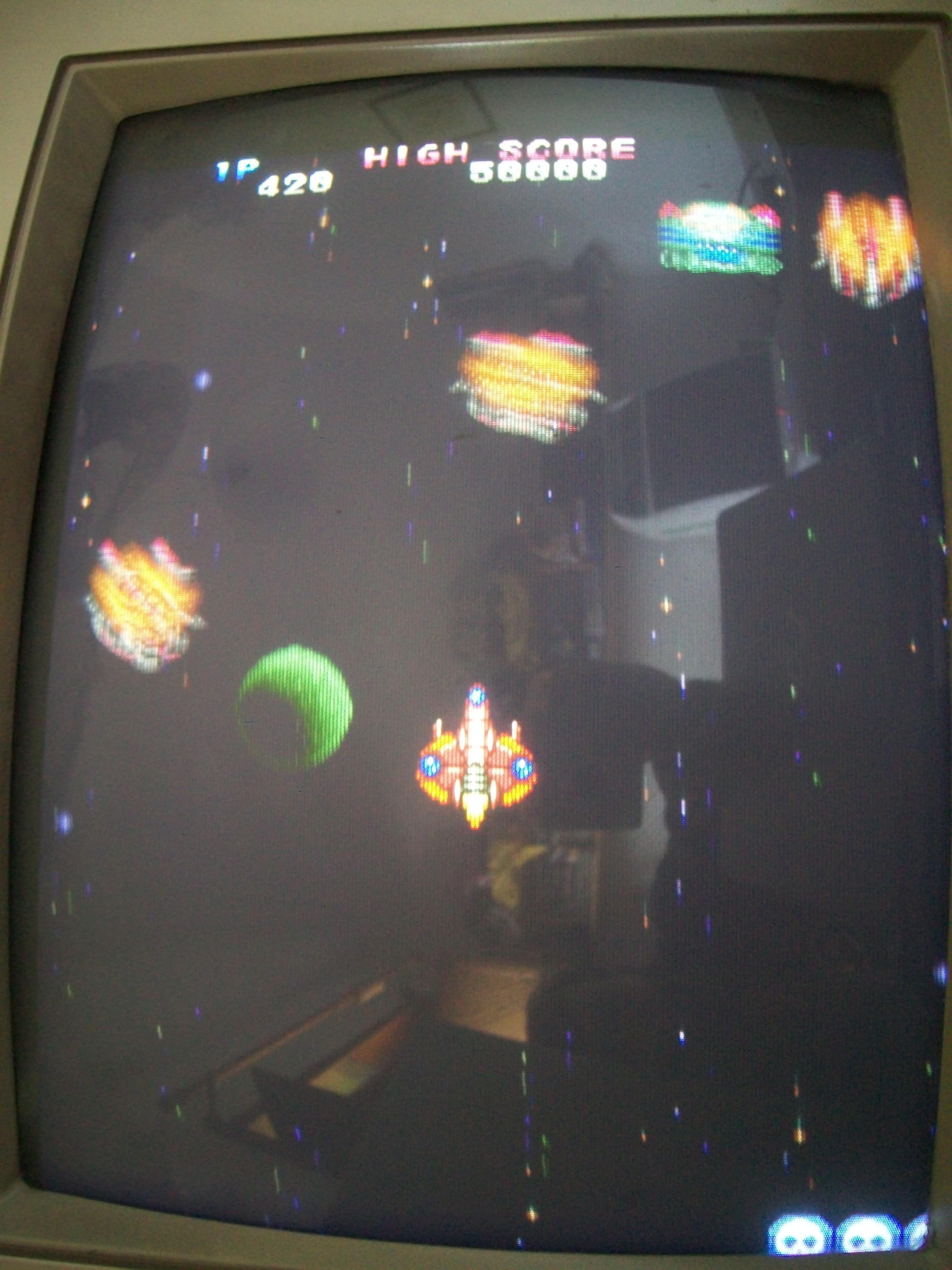 Later I found that this custom is used on many other Toaplan boards but under different labels.For example, it’s  ‘T.T-2’ on Twin Cobra : 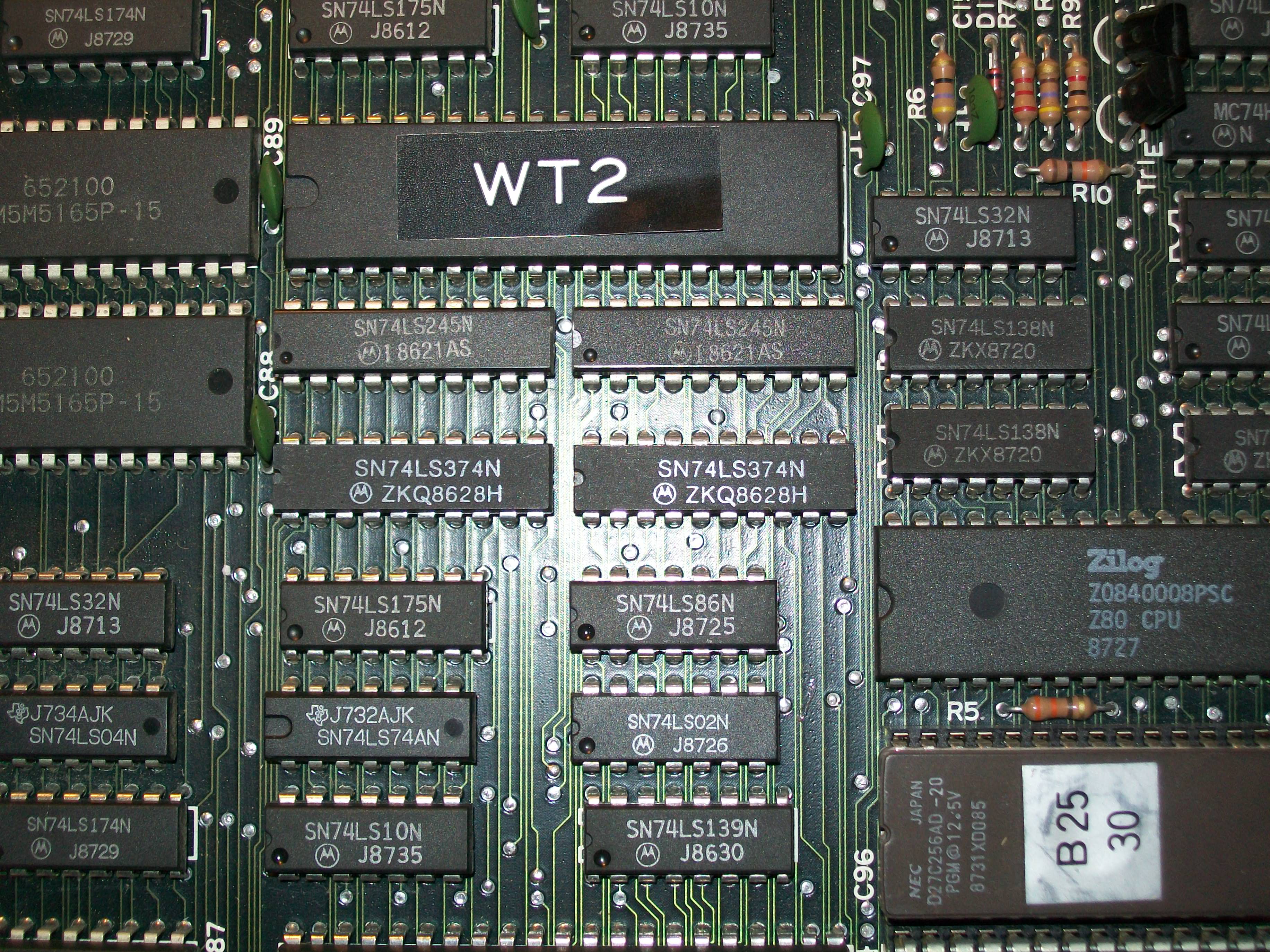 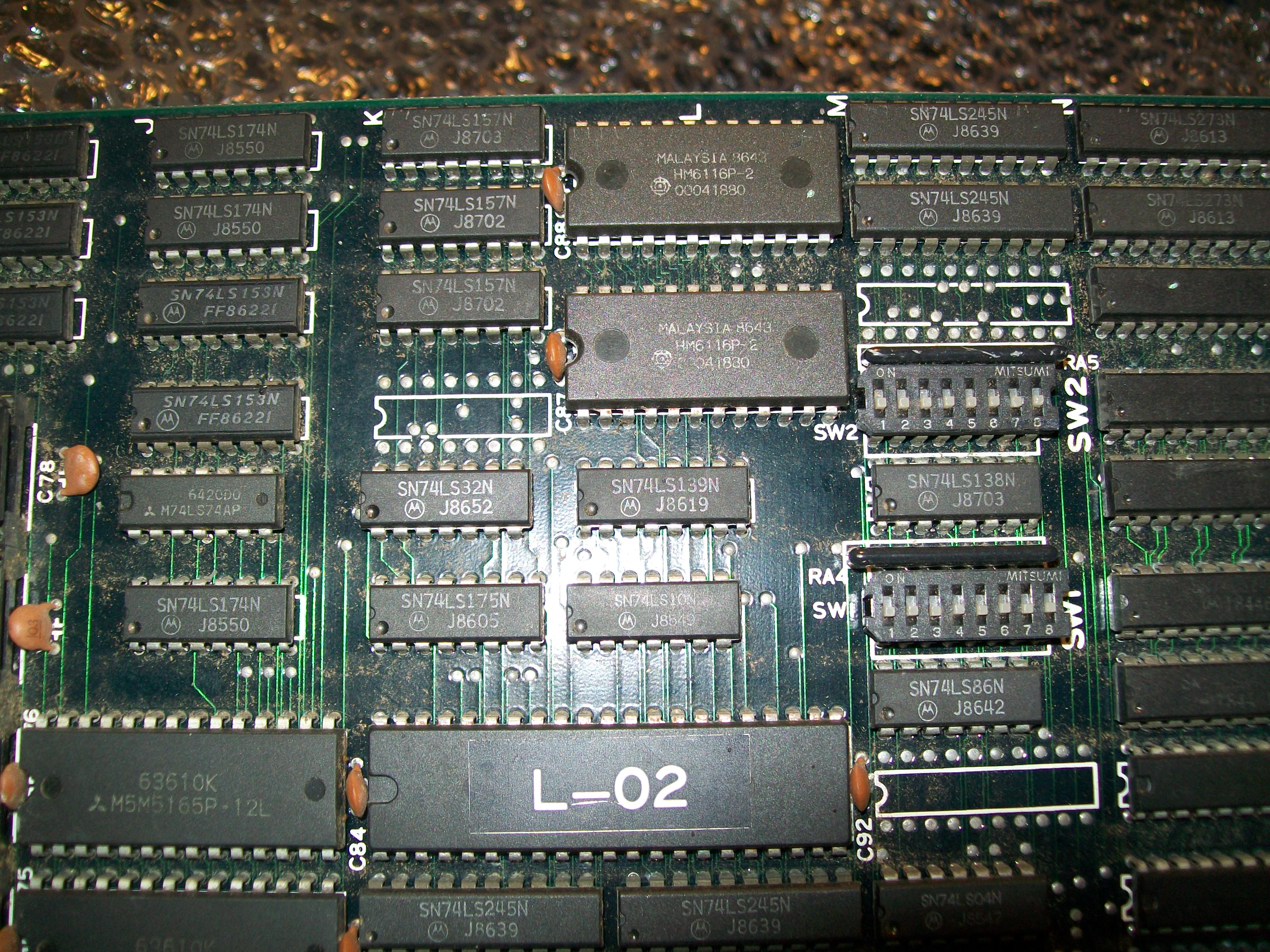 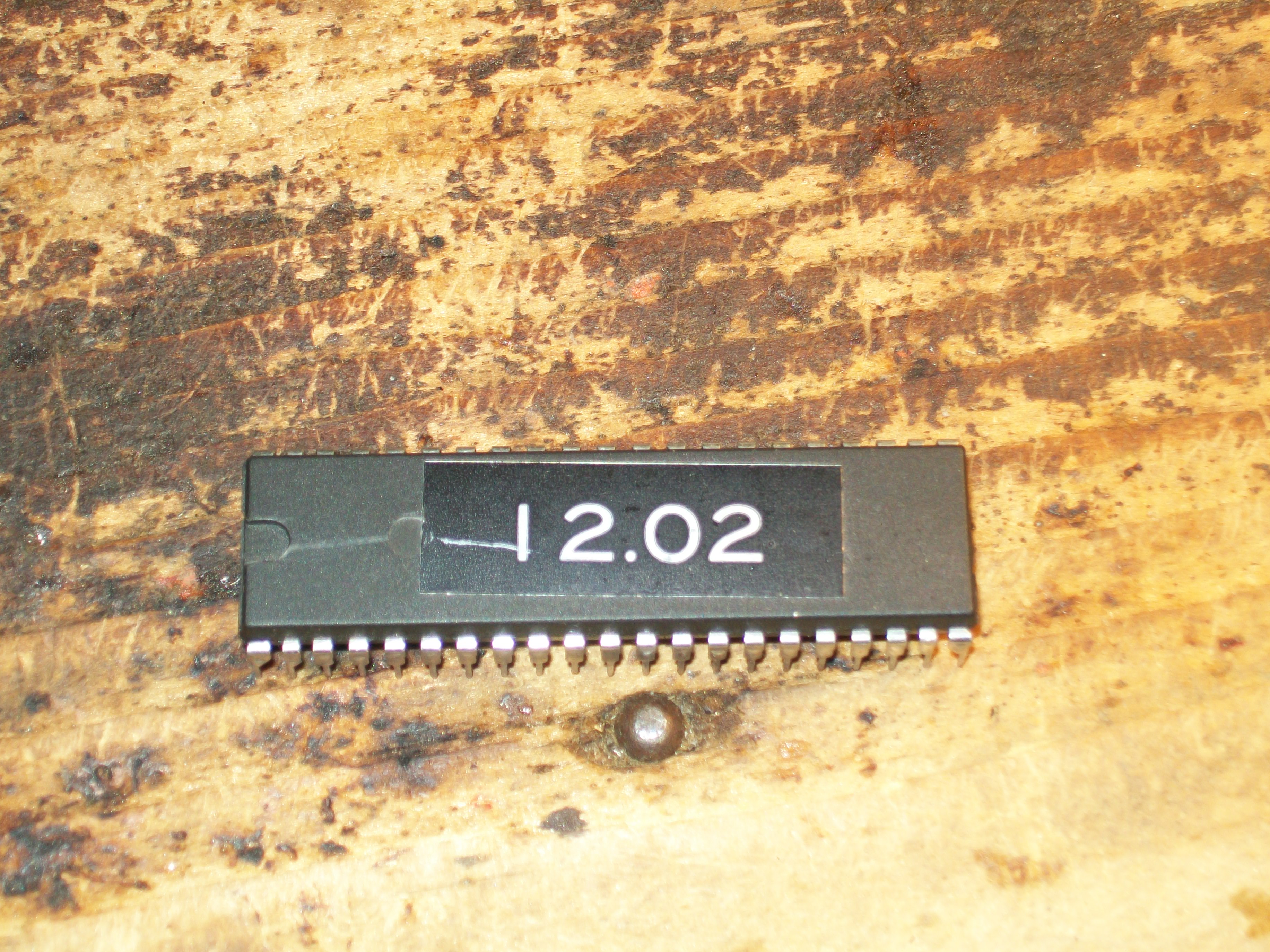