The Toaplan “bonanza” goes on with this Truxton PCB on the bench: 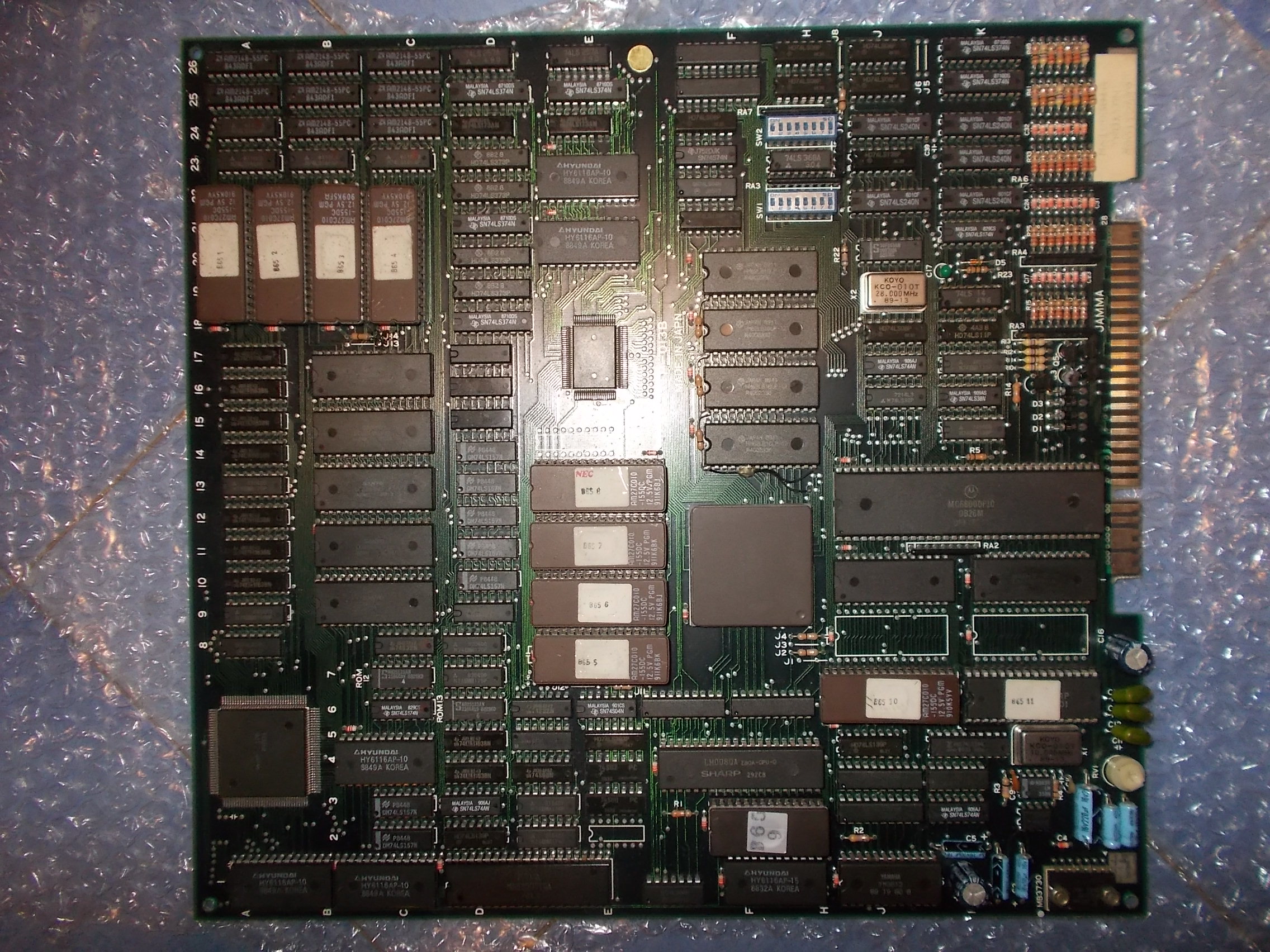 Board was booting into game but sprites were totally scrambled:

This seems to be a common issue on this hardware.Sprites generation circuitry is quite wide with many components involved (an ASIC, counters, four MASK ROM, RAMs, a couple of Bipolar PROMs, etc..).I made a quick check and found nothing abnormal until I probed a 74S20 (Dual 4-input NAND Gate) @5D : 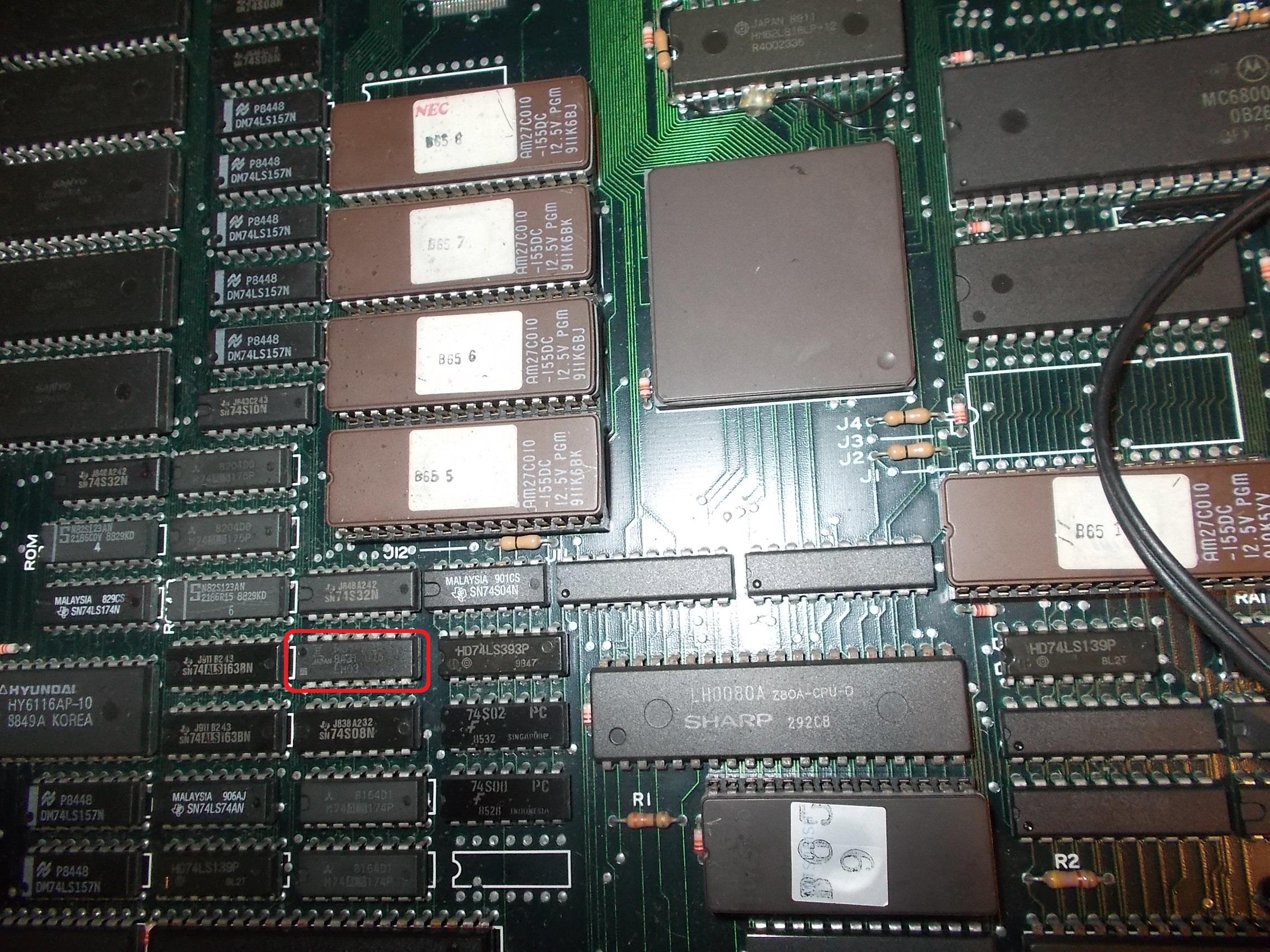 Both outputs were floating: 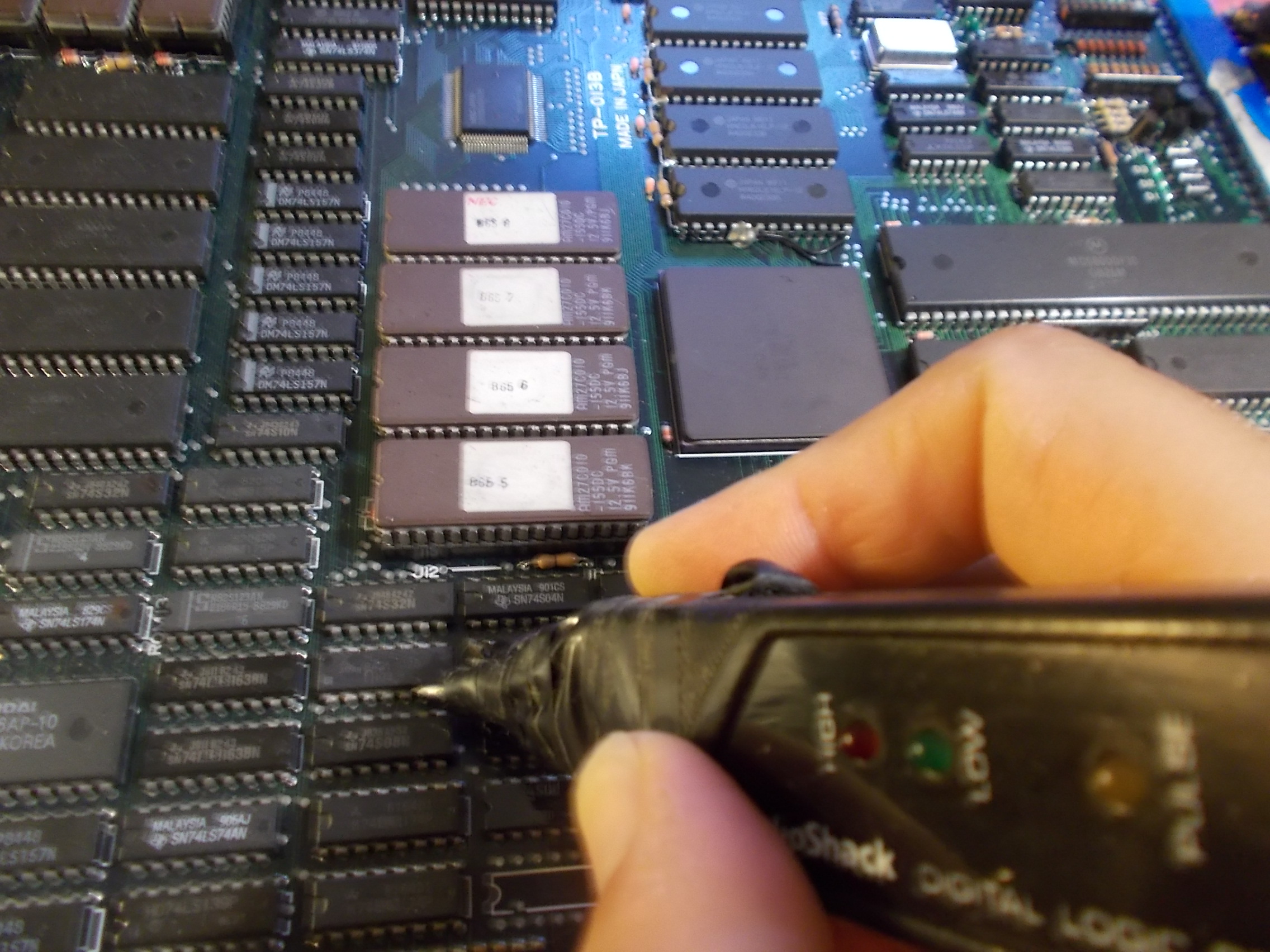 This was confirmed by logic analyzing : 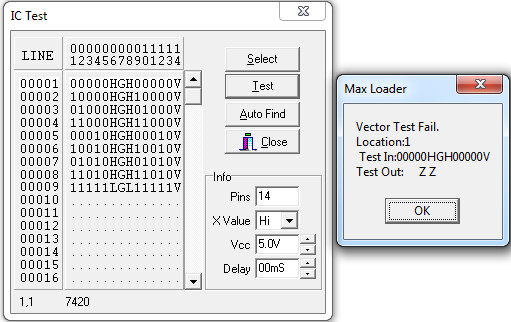 I pulled and it and replaced it with a 74F20 (‘F’ logic sub-family of 74 TTL series has more or less same delay propagation time of the ‘S’ one ) : 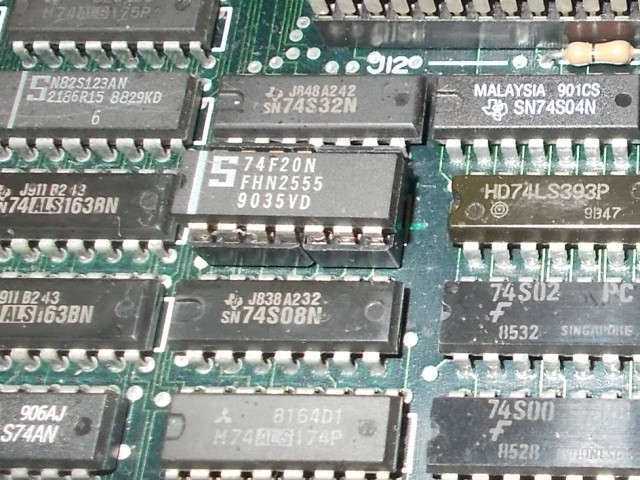 Sprites restored and board 100% fixed. 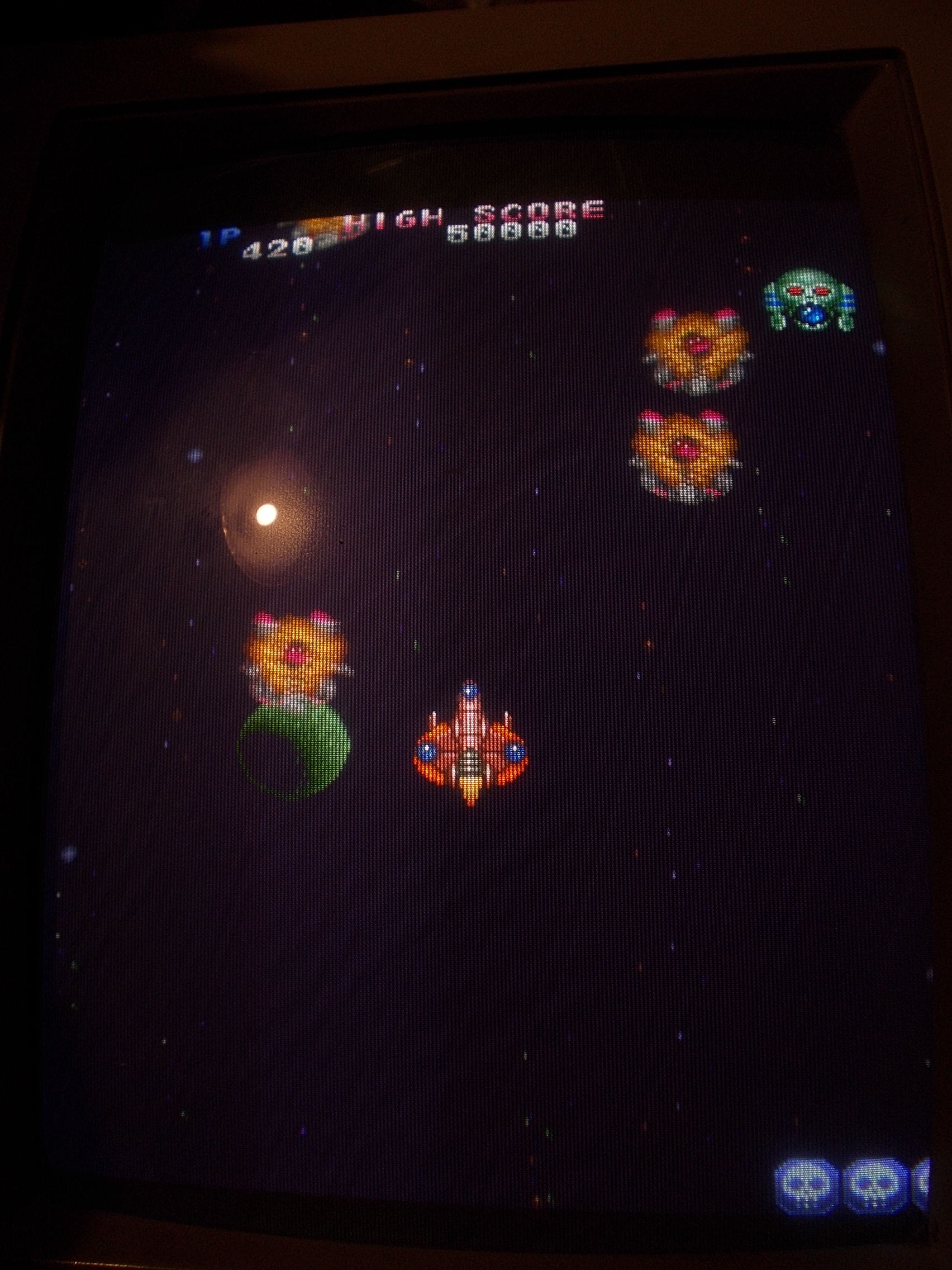 Just a quick note : although the marking of the faulty TTL was partially deleted, I could recognize its brand.It was the only Fujitsu TTL on the board!