Some days ago I got two Tube Panic PCBs for a repair.I never heard about this game before, it’s a shooting ’em up game with an impressive graphics for its era (produced by Nichibutsu/Fujitek in the far 1984) and an hypnotic music.You fight with your ship through  trippy, intergalactic tubes and periodically, you’ll have to dock with a mothership for bonus points and power.

Anyway, let’s start with the first board repair: 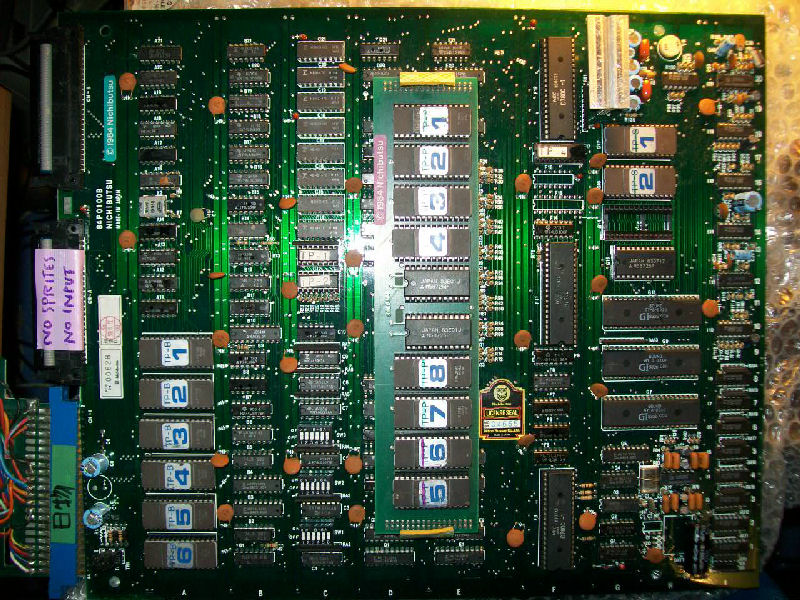 As you can see from picture above, owner labeled this board “NO SPRITES,NO INPUTS” but once I powered it on I got instead  strange behaviours, sometimes the game crashed, sometimes played  accelerated with blocky sprites.Here is a capture video of the issue:

As usual I started my check to CPU/RAM/ROM section.In these hardware there are three Z80 CPU, two of them are the main/slave and the third is the audio one.Probing the slave Z80 with a logic probe I found that its /INT line was silent.Traced it back to a 74LS74 @F5.Testing it with the HP10529A logic comparator revealed that output PIN5 was giving troubles and this output was indeed tied to /INT line.Desoldered and tested out-of-circuit it failed miserably:

Replaced this bad 74LS74 restored correct behaviour except for some little sprites issue which I traced to a 74LS298 @G19 (not actually faulty) which multiplexes data from sprites ROMS .So this first board was 100% OK:

Let’s pass to the second one which was labeled as “flashing”: 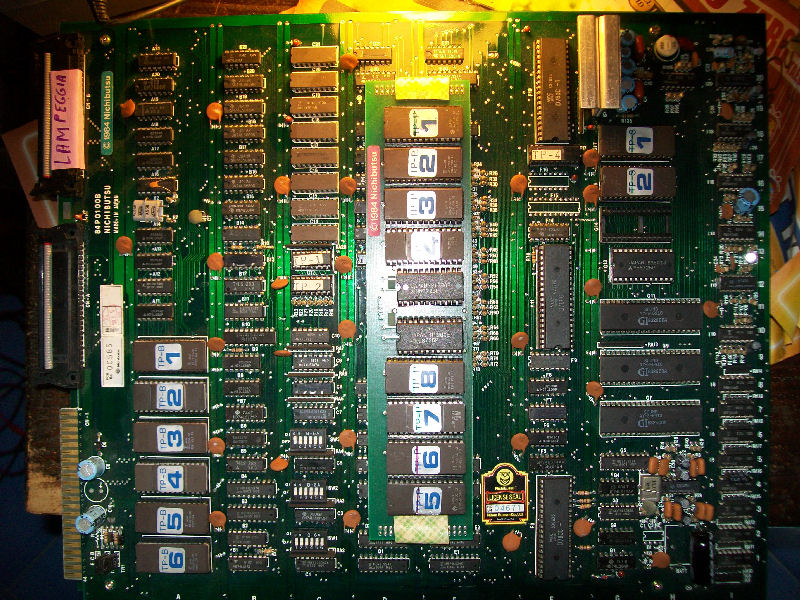 Actually it played fine except for the screen that was all blurry:

While doing my usual visual inspection I came across a very hot (I’d say ‘burning’) IC @I17, an HM4864 DRAM (64K x 1).Probing it all address lines were active as well the data IN pin but its data OUT pin was stuck LOW so data didn’t came out from device.Piggybacking a pin-to-pin compatible TMS4164 restored the graphics.Infact chip failed its out-of-circuit testing: 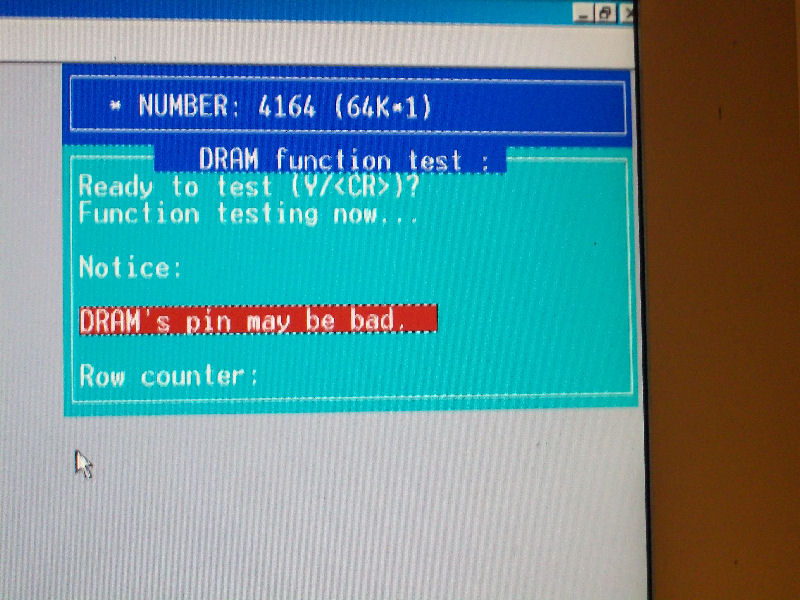 Like the first board also this one suffered from slight sprites issue due the 74LS298 @G19, it seems to be a congenital problem to this kind of hardware.

Double repair in a shot!