Bought this faulty Turbo Force PCB for cheap on Ebay: 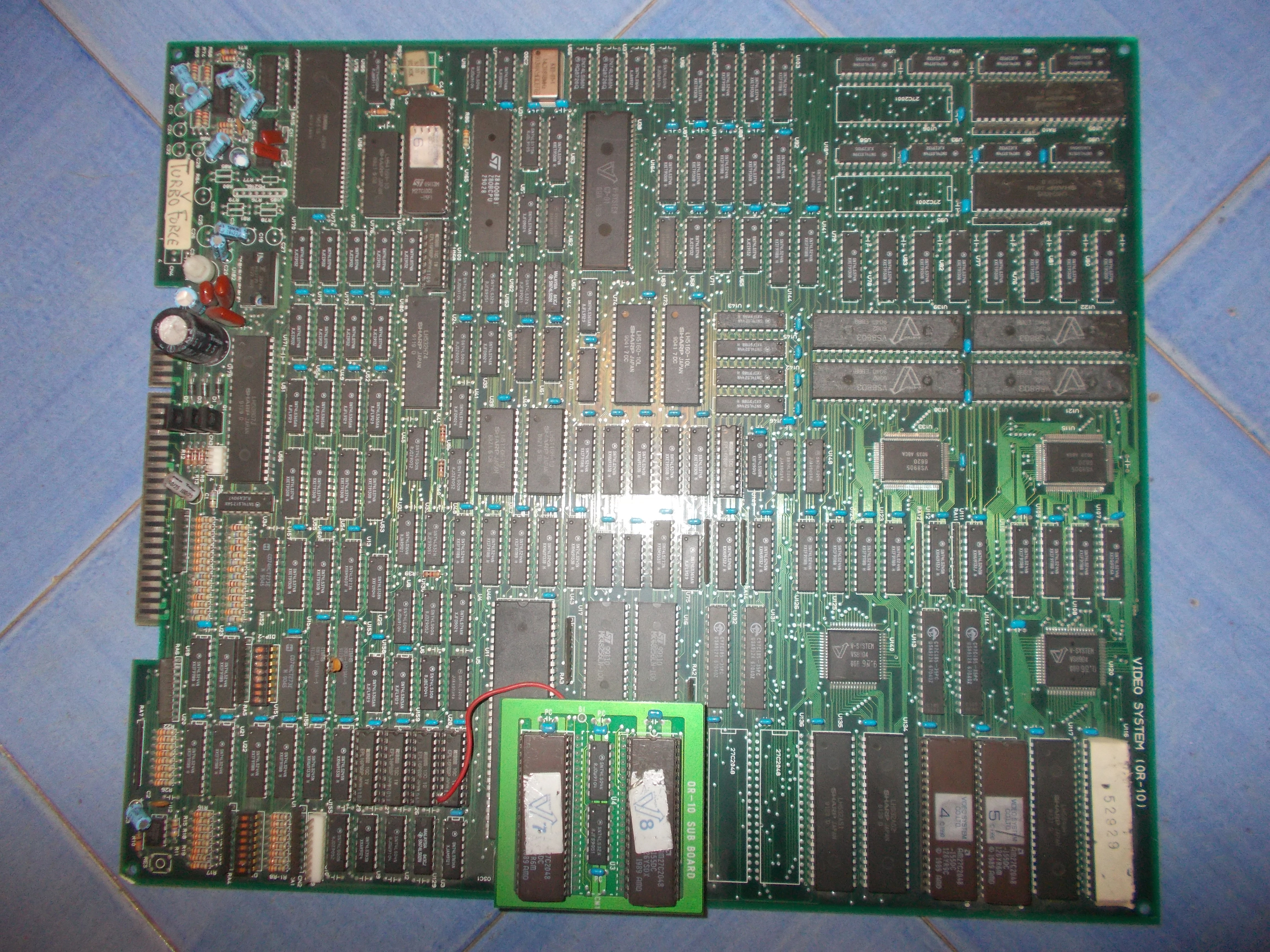 Seller claimed board had a sprites issue, I had confirm once powered it up, some objects were missing parts or disappeared when scrolling:

Before starting my troubleshooting I remembered that some weeks ago I repaired another Turbo Force with similar issue, you can read log here: 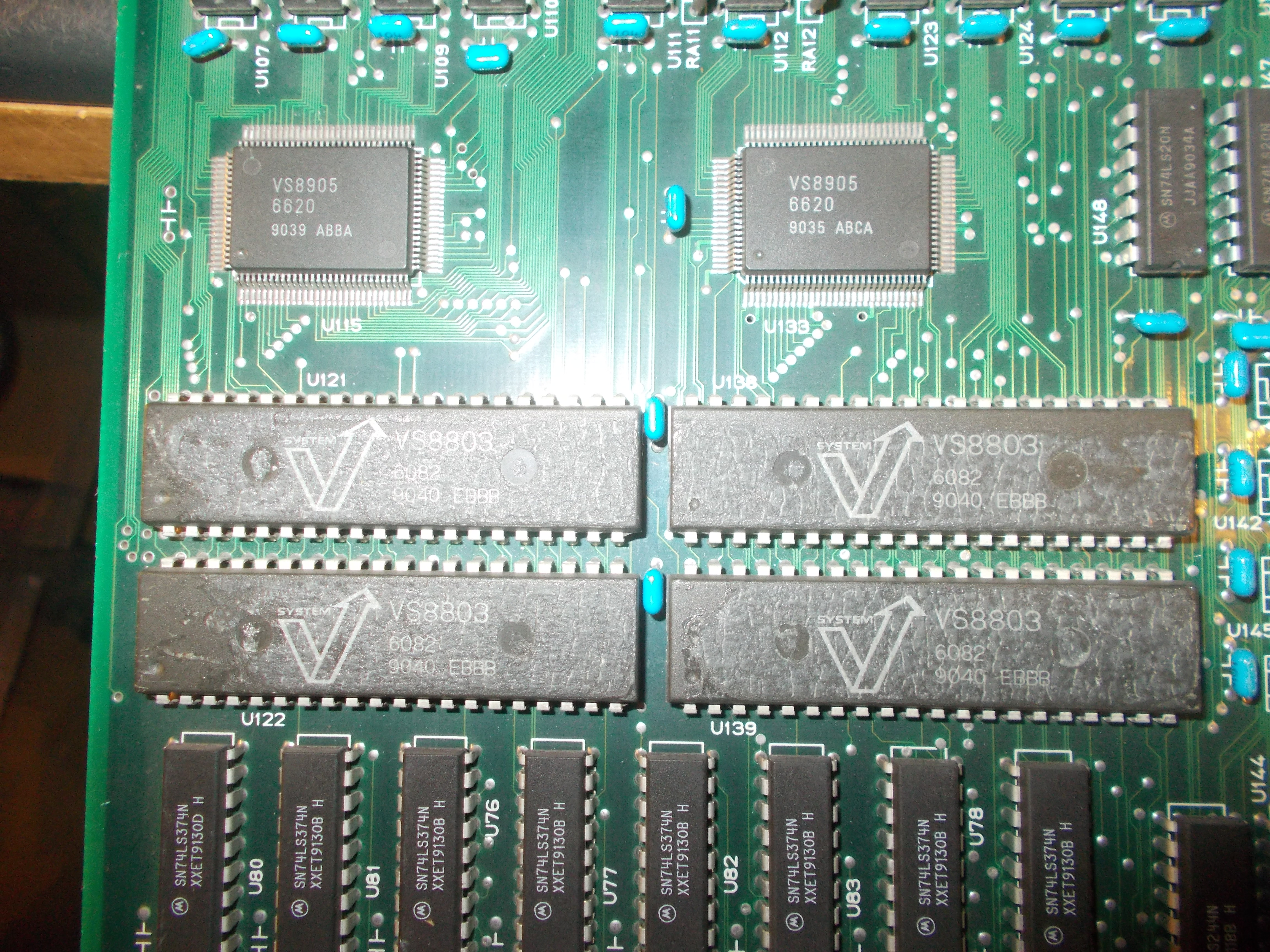 When I put my fingers on the one @U115 (same location of the faulty one in previous repair) it was quite hot, this was a clear sign that internal junctions were bad and a proof that this part is prone to failure.I  removed and replaced it: 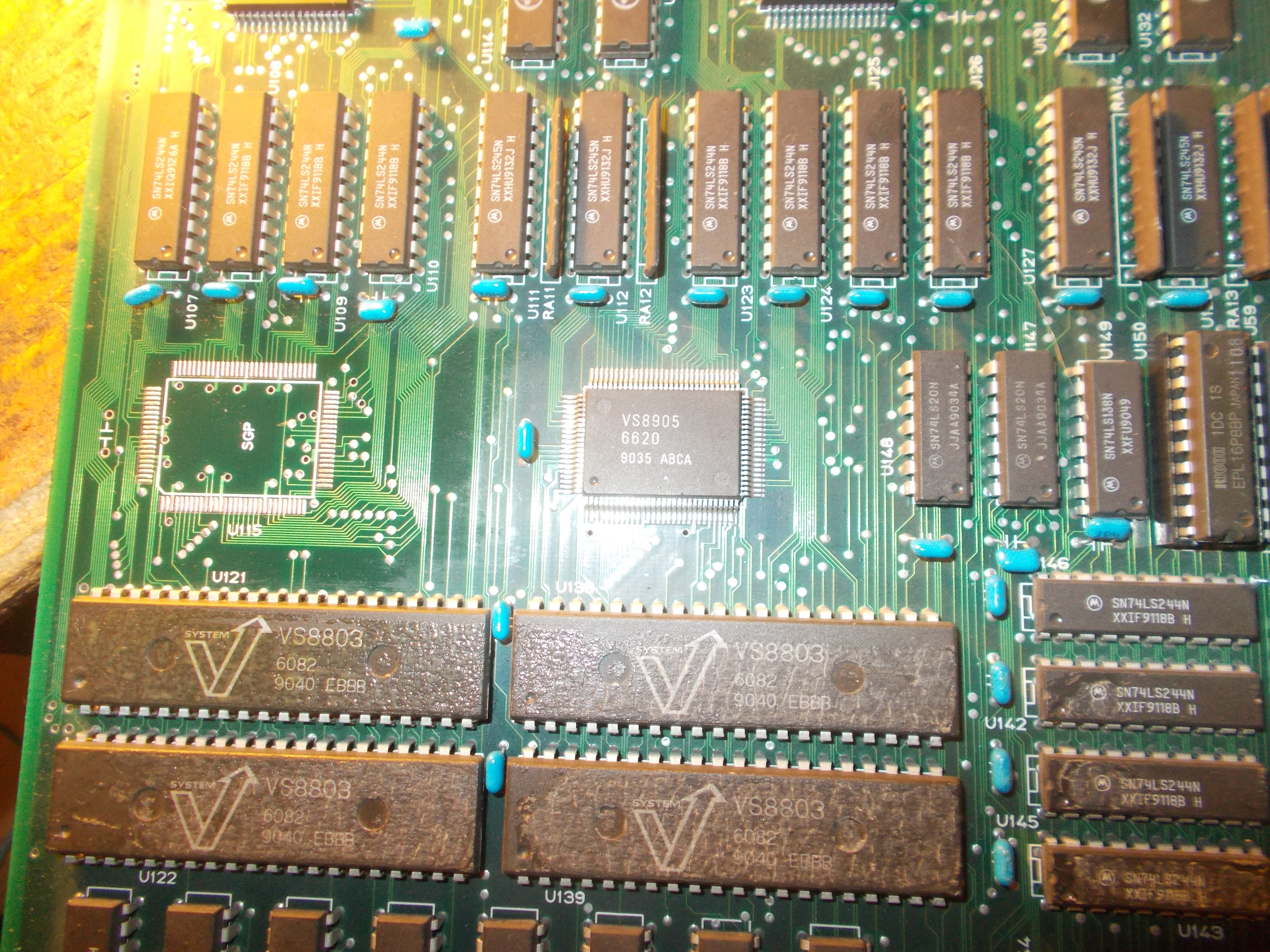