Got two Undercover Cops PCBs (a native and a Alpha Renewal version converted one):

Both had sound issues.

The first one had all music but sound FXs were missing.In this kind of hardware (IREM M92) music is generated by YM2151 sound synthesis chip while audio samples from a “NANAO GA20” ASIC custom chip (QFP 80) 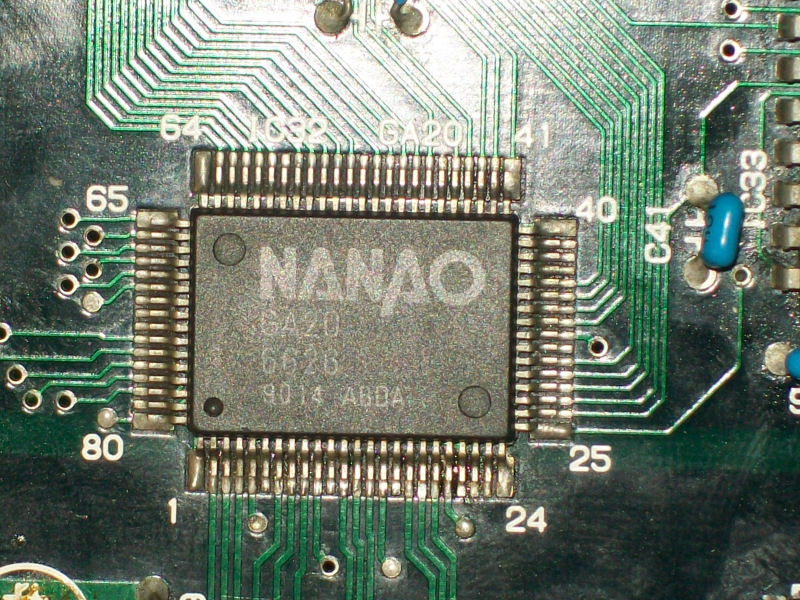 I dumped this device and it matched the MAME ROM set so problem could be elsewhere.Tracing back the connection from GA20  to the MASK ROM  I found that some address lines were not in continuity like the other.I could pinpoint the break in interconnect ‘CN3’ which carryes signals from/to the two device: 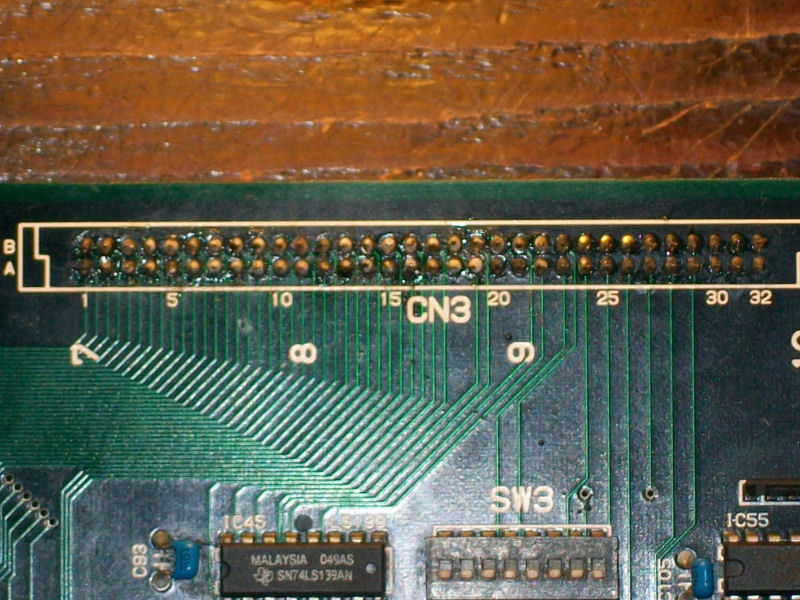 A simple reflow was enough to restore the full sound.

The second board was totally silent, no audio at all.All the analog audio circuit was fine.I started to test ICs with my HP10529A logic comparator and when I put the clip on a 74LS74 @IC24 on CPU board, suddenly I got sound.So I inspected the solder side of this IC and found some evident dry joints , in particular pin 16 was not soldered on its pad, (probably I restored connection when I put the clip on it): 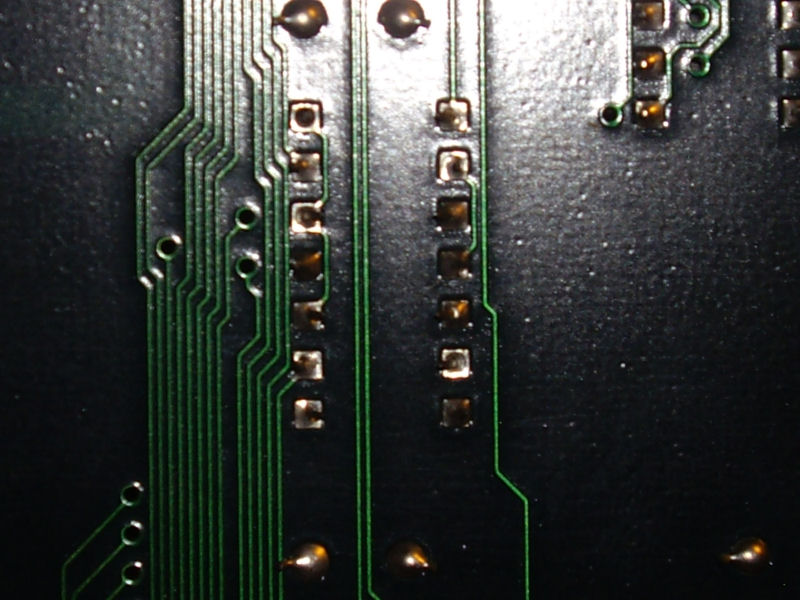 Also here a quick reflow was enough to fix the board.