Recently I received this Undercover Cops PCB for a repair: 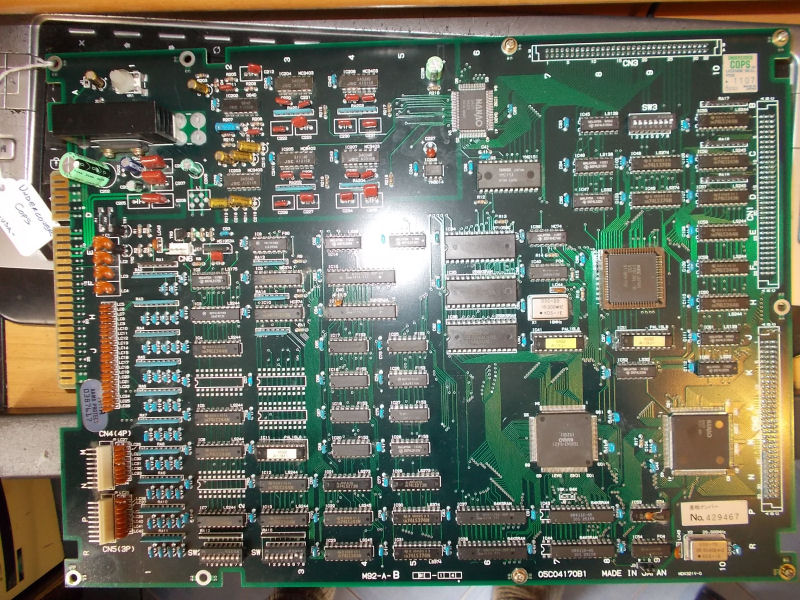 Before power it up I inspected the board and found that the resistor array @RA3 was replaced by an homemade one, very ugly solution: 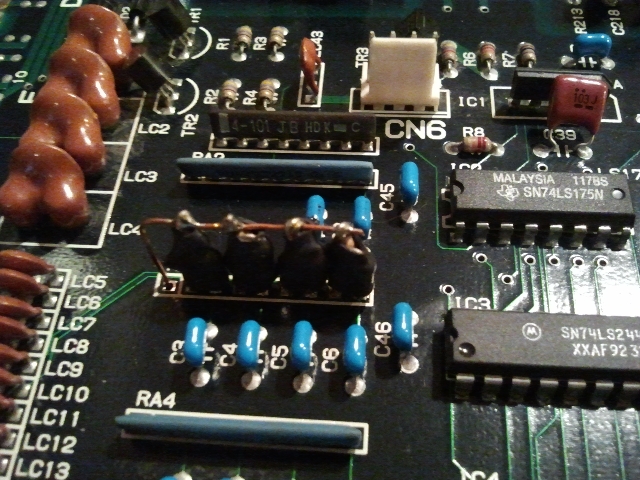 Since the original part is not a common resistor array (it’s a mix between 4.7KOhm and 220 Ohm resistors) I replaced it with an original spare part : 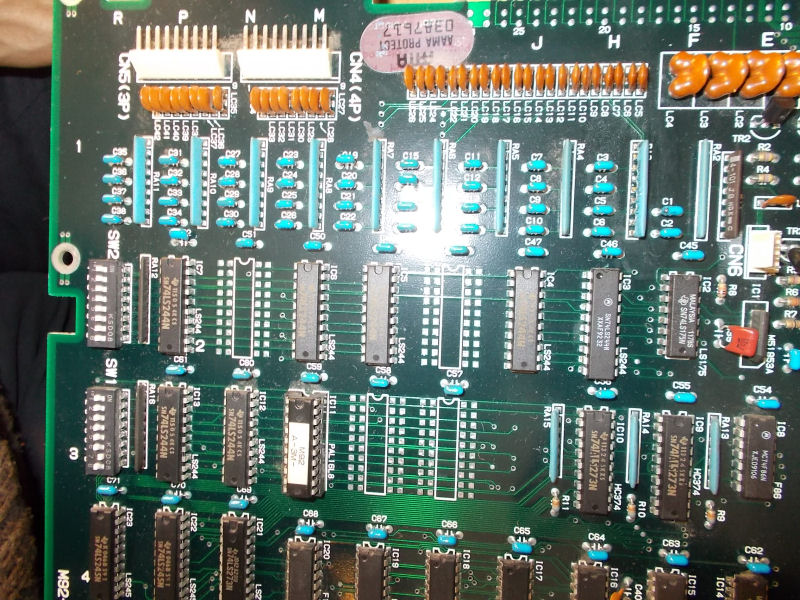 Powering up the board, all was working fine except for the PCM samples that were scratchy:

The chip which plays the samples (fetching data from a MASK ROM located on VIDEO board) is the ‘GA20’ ASIC: 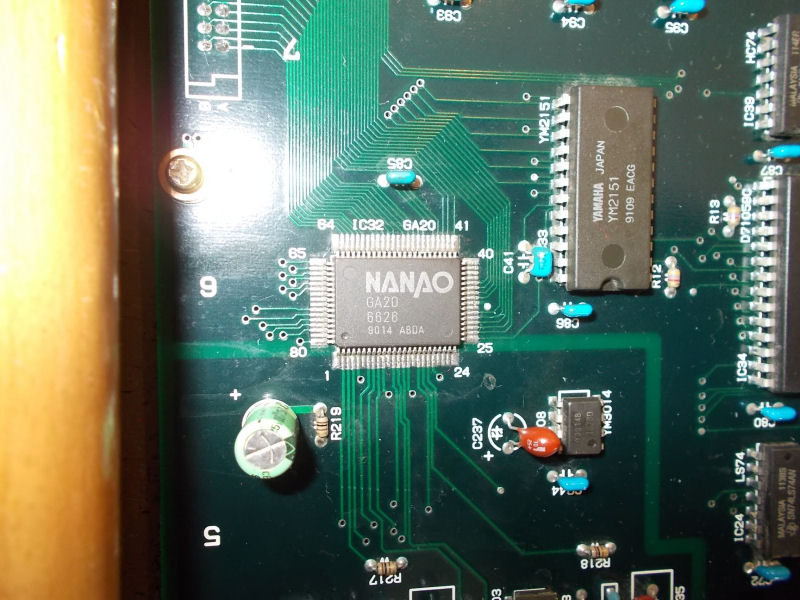 Probing some pins with an external amplifier I had confirm that sound came out already corrupted from it so most likely its DAC section was faulty. So I played the card of replacing it taking a good chip from a GunForce donor PCB: 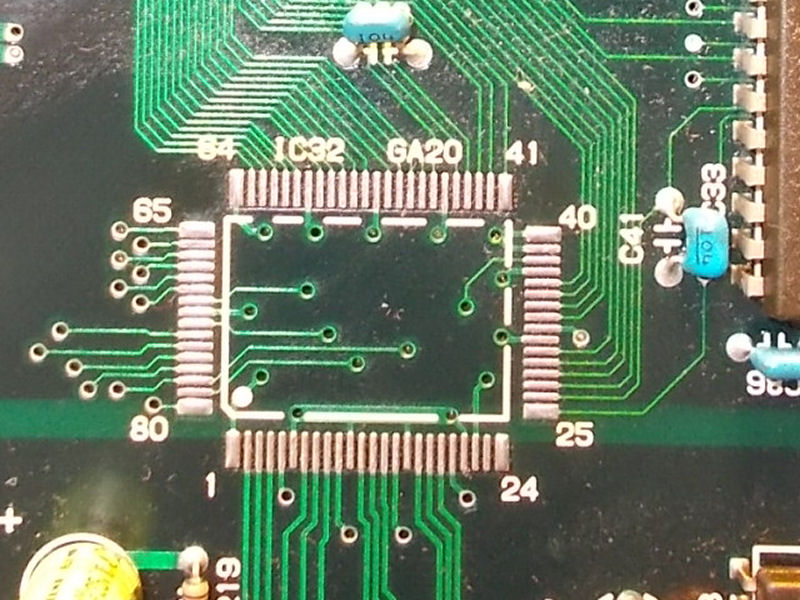 And this was the winning move since voice samples were restored: