Some days ago I received an Operation Wolf PCB bought from Hungary.After dumped ROMs and comparing the board layout with pictures on the web it turned out to be a rare prototype which runs unprotected code (it lacks of the C-CHIP IC).I suggest you to read the whole story on David ‘Haze Haywood ‘ homepage:

A Wolf in Prototype Clothing

After adapting the board to JAMMA, I fired it up and it was perfectly working.Reading on the Web,  there are conflicting opinions if this board is a simpe lightgun game or it uses analog joystick like some many people claim.So I wanted to try myself and bought a couple of cheap Happ lightguns widely used on games like Lethal Enforcers : 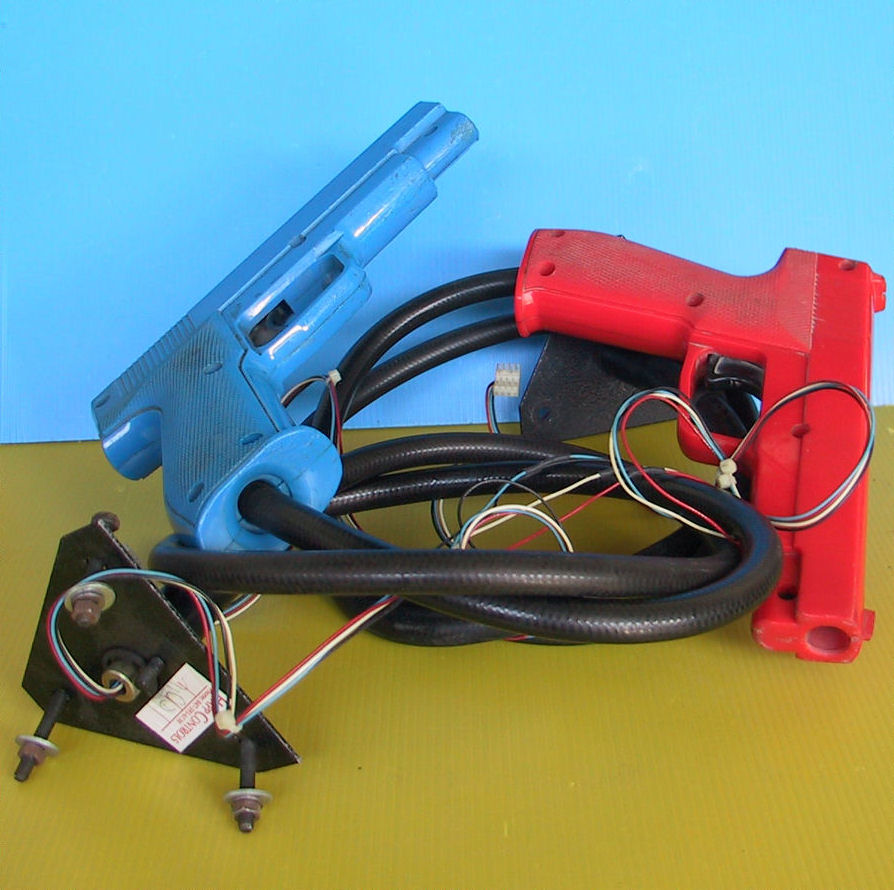 The Happ gun has a 4 PIN connector and looking at Lethal Enforcers schematics, this is the pinout: 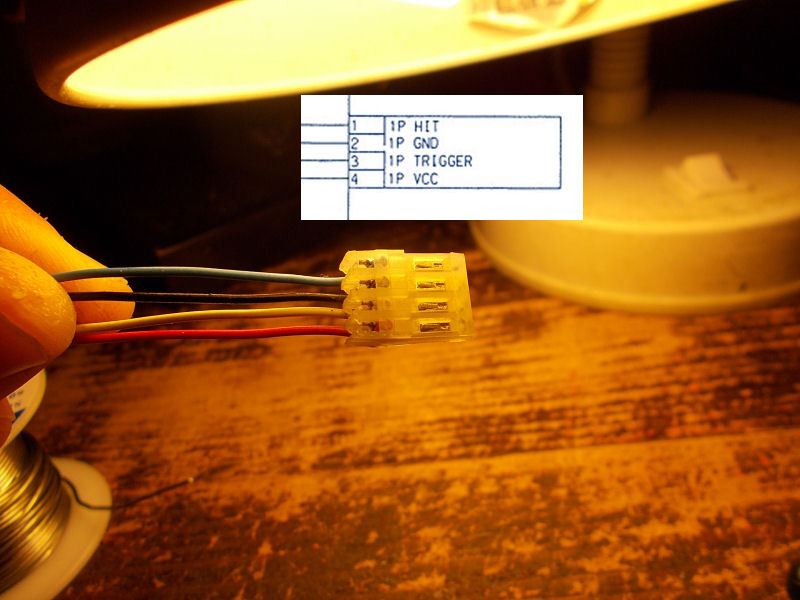 The ‘HIT’ signal (so called in Lethal Enforcers but name is relative) is an input on arcade PCBs and it’s essentially the output of the optical sensor (a phototransistor) mounted inside the gun.The ‘TRIGGER’ is the switch inside the gun and it’s shorted to GND everytime, indeed, you pull the trigger.VCC and GND are obviously needed to power the electronics inside the gun.With this info it was very simple to adapt this gun to the Operation Wolf PCB.The pinout of this board shows ‘TRIGGER’ signal on pin 21 parst side of ‘G’ edge connector on main board and ‘HIT’ (called ‘SENSOR’ in service manual) on pin 5 solder side of the ‘T’ edge connector on sound board: 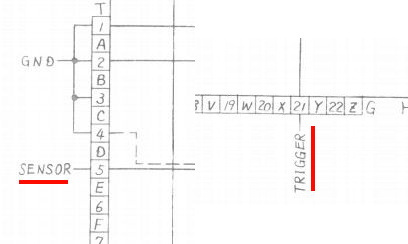 For a better interfacing of the gun to the PCB I used a 4 pin right-angle male header mounted on a piece of veroboard: 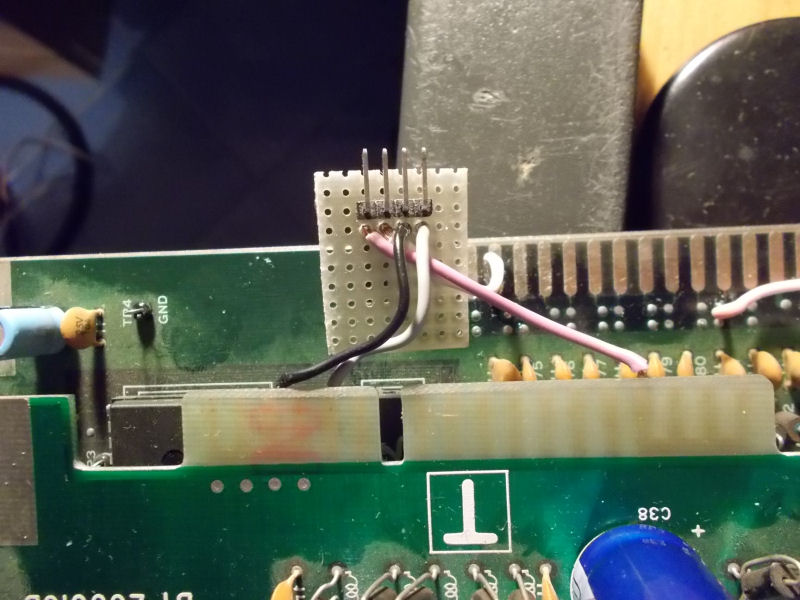 Lastly, since Operation Wolf use another input for rocket and this Happ gun lack of a second switch, I added a further button (a normally-open one)  mounted inside the gun and connected to internal common GND and ‘ROCKET’ signal which is PIN 4 of the ‘M’ connector on Operation Wolf main board (but if you want, you can also adapt a PSX/Saturn Guncon which comes with more than a button) 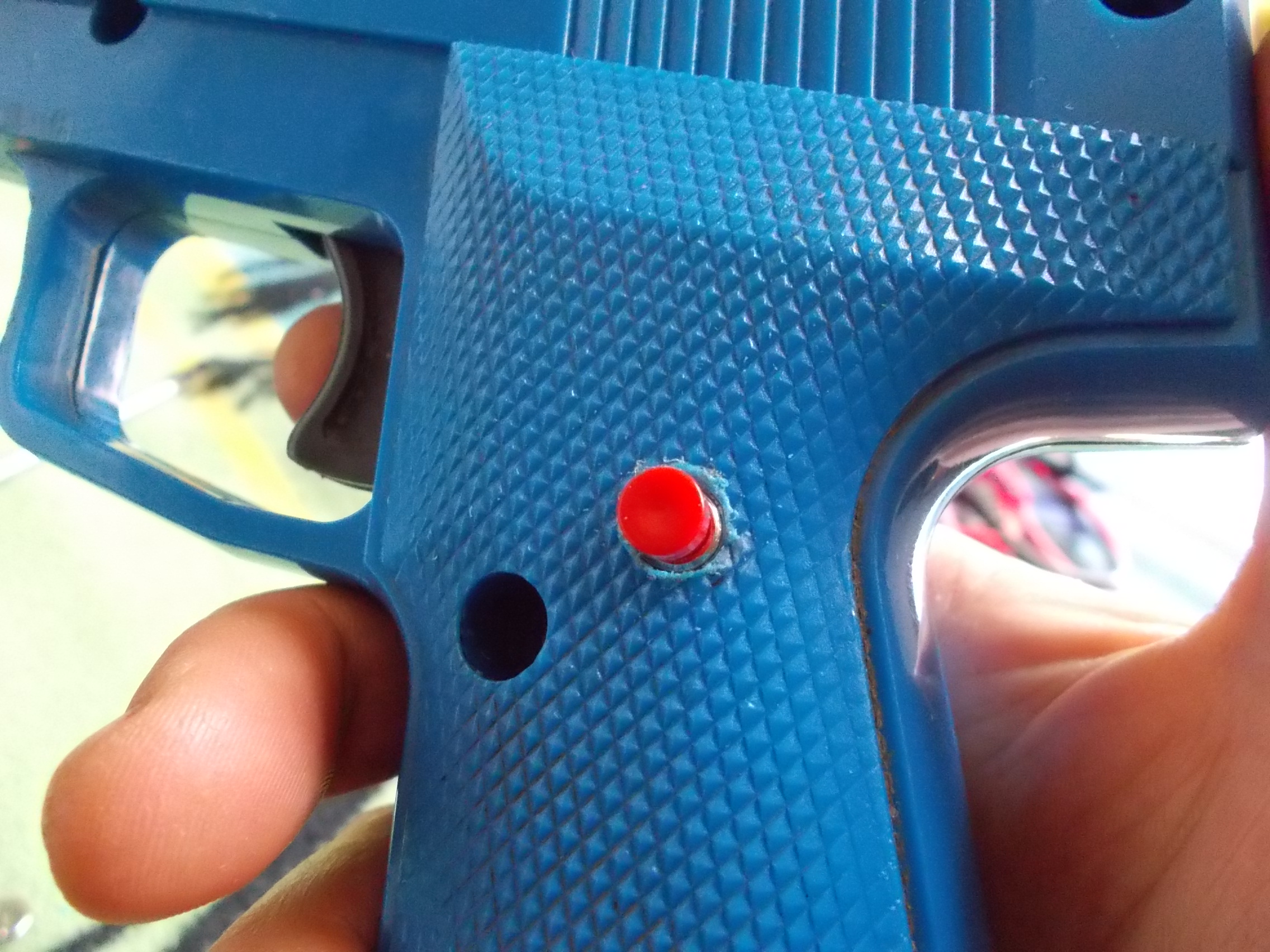 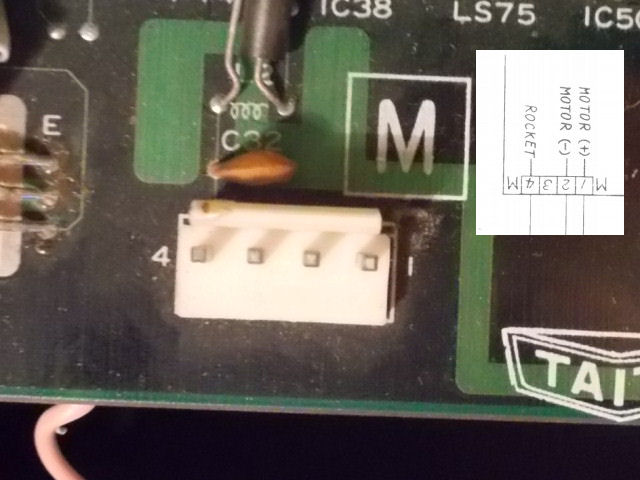 Finally now for sure I can say that Operation Wolf is a simple lightgun game.So let’s go to play it!