As many of you collectors/enthusiasts may know, the FM Towns Marty is  is a  home video game console released in 1993 by Fujitsu, exclusively for the Japanese market. It was the first 32-bit home video game system, and came complete with a built in CD-ROM drive and floppy disk drive (able to read 1.2MB formatted disk like other japanese systems). It was based on the earlier FM Towns computer system Fujitsu had released in 1989. The Marty was backward-compatible with older FM Towns games : 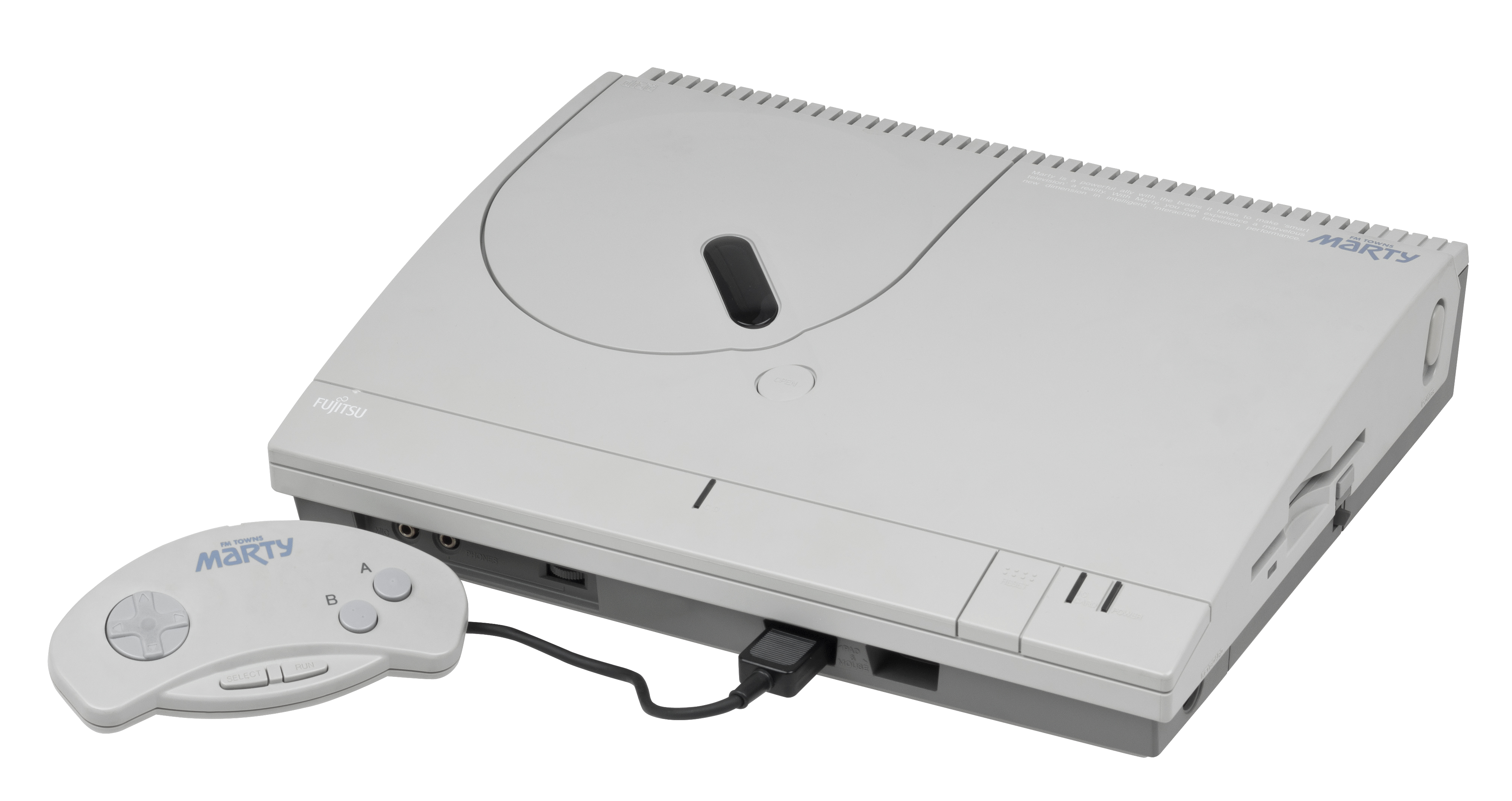 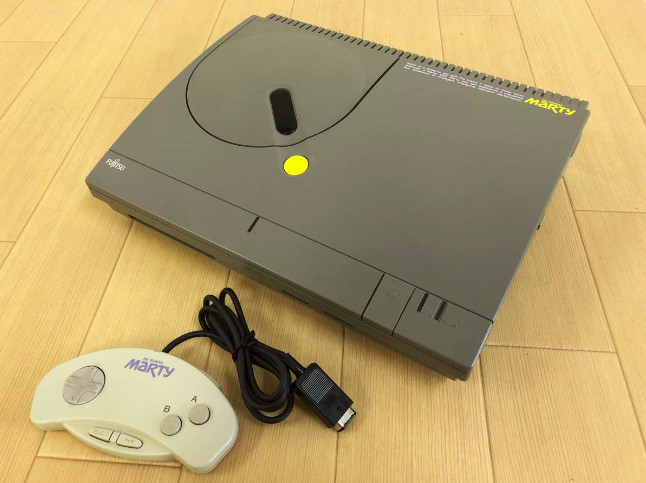 Game list includes many Japanese versions of great PC games, such as Indiana Jones and the Fate of Atlantis, Wing Commander II, Ultima VI, Monkey Island II, and so on.But this console is well known also for having many arcade-perfect ports like Splatterhouse, Tatsujin Oh, Raiden, Super Street Fighter 2, Viewpoint and other.Most of its software is on bootable CD-ROM but some games require both a CD and a floppy disk, so even if a burned CDR is used, a correctly formatted floppy is also required.Sadly the floppy drive is a weak point of this console, in best of cases the drive belt may melt over time but the unit is considered fragile and no spare are available.Luckily nowadays FDDs can be replaced by emulator and in this article I will explain how to use an HxC SD floppy emulator (by Jean-Francois del Nero) in a Marty (or Marty 2 like mine) console.

The original FDD of the FM Towns Marty console is a EME-215FS manufactured by Matsushita with a 26PIN FFC connector and cable (1.25mm of pitch) : 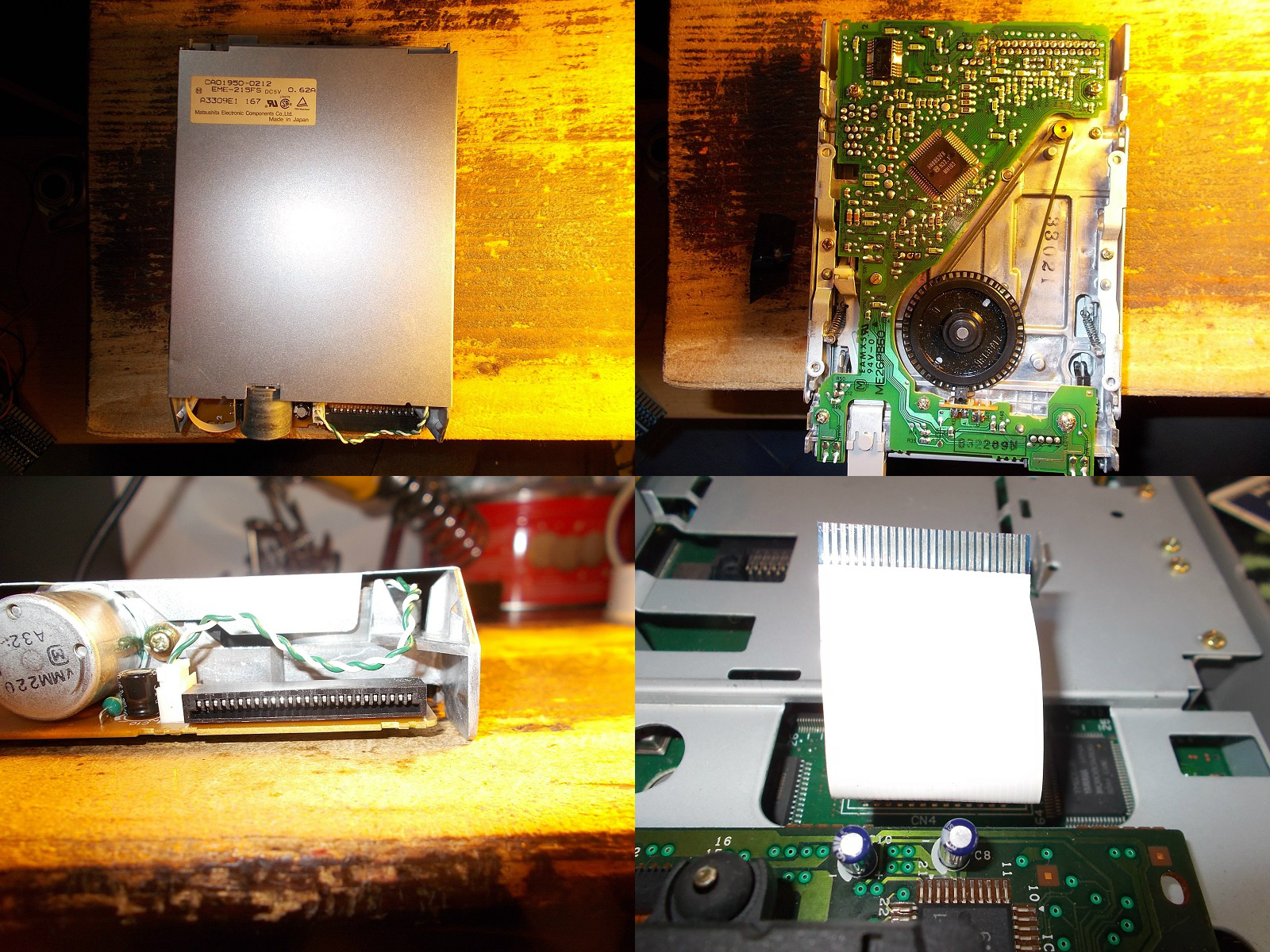 No info were available about so I first analized it and came to the conclusion that its pinout was the same of a slim 26PIN FDD for PC which comes with a FFC connector too but pitch is 1.00mm ( pin 13 and 21 are GND on Marty) 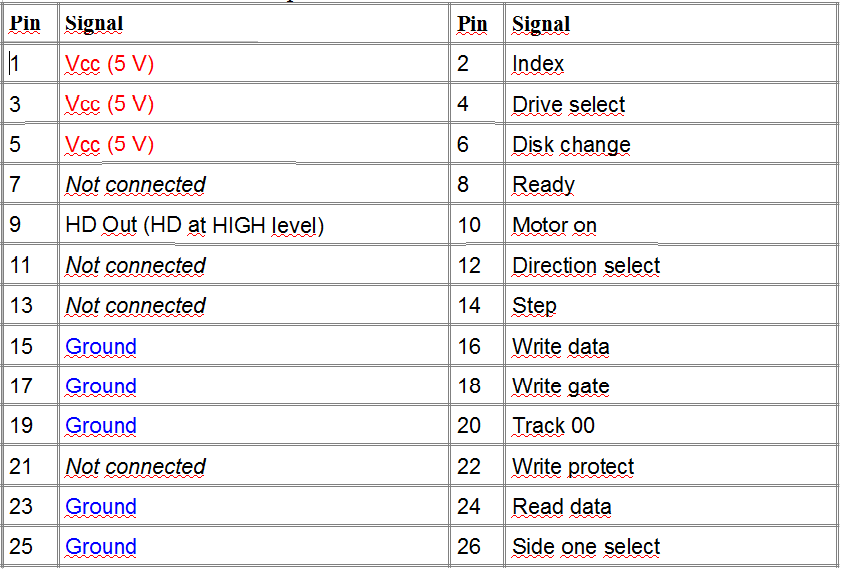 Based on the above pinout I figured out the connection diagram to the HxC (or a real 34 pin FDD able to handle 1.2MB formatted disks) 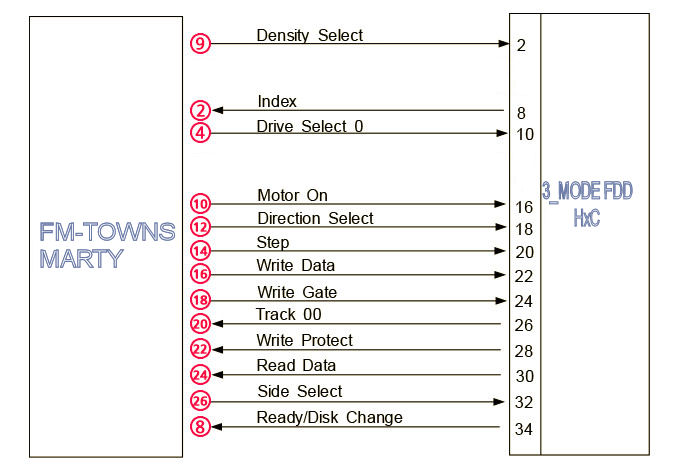 Obviously some kind of adapter was needed.Not having a spare 1.25mm FFC connector I ended up to remove the one from original drive and build an adapter to 34 PIN IDC (the 4 pin connector is for powering the HxC) :

I carried on the first test on a Samsung SFD-321B FDD (modified to work as Shugart drive) and it worked, I  was able to read/write/format 1.2MB 3.5″ floppies :

But I was not able to do the same with the HC floppy emulator.After some emails exchanged with Jean-Francois del Nero (a.k.a. Jeff, the designer of the HxC) we found the issue.The READ DATA signal (output from pin 30 of the HxC) was quite slow to rise up in his opinion: 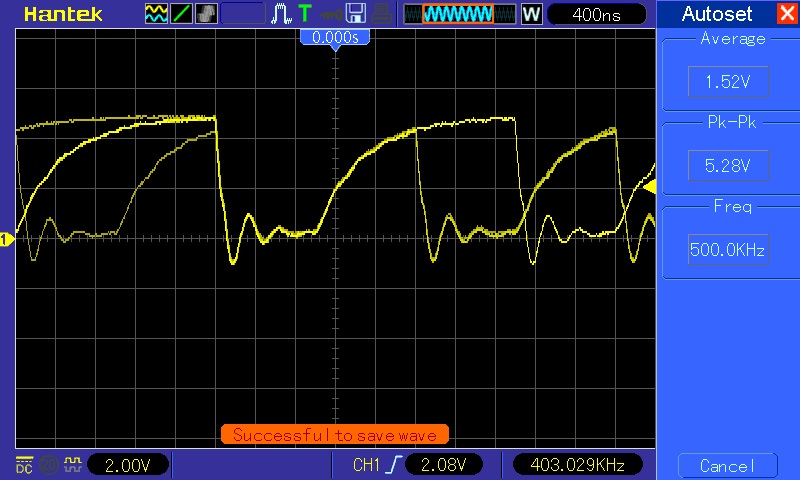 He suggested me to install a 220 Ohm pull-up resistor between pin 30 and +5V (actually FDD outputs are already pulled-up with 2.2K resistors so a further 220 Ohm one put in parallel lowers the resistance to VCC to about 200 Ohm).This corrected the signal to what Marty expected to see: 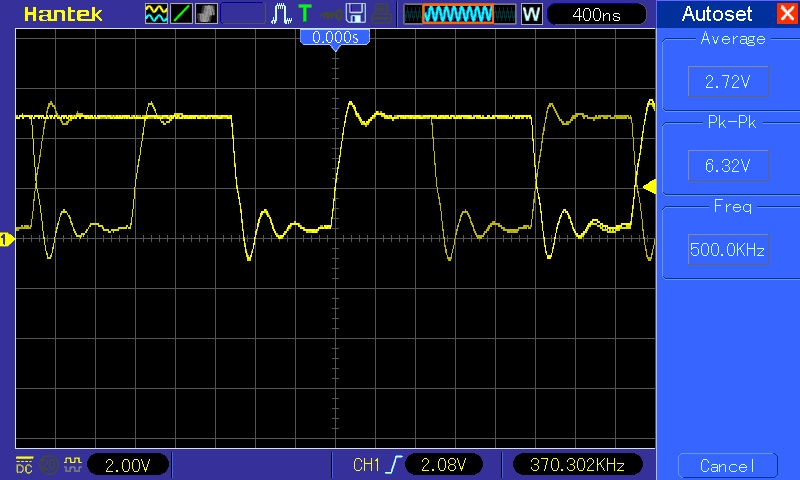 Doing so finally I got the HxC flopy emulator working with my Marty console!Here are a couple of video I made during reading and formatting operation (sorry for black&white picture but my TV cannot accept NTSC signal) 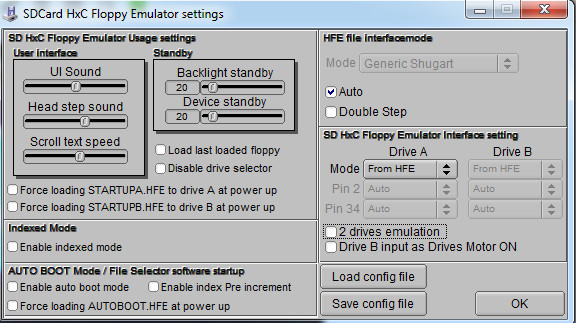 A big thanks again to Jeff for his wonderful device and support (and patience with me too..).