Received this Vapor Trail PCB for a repair : 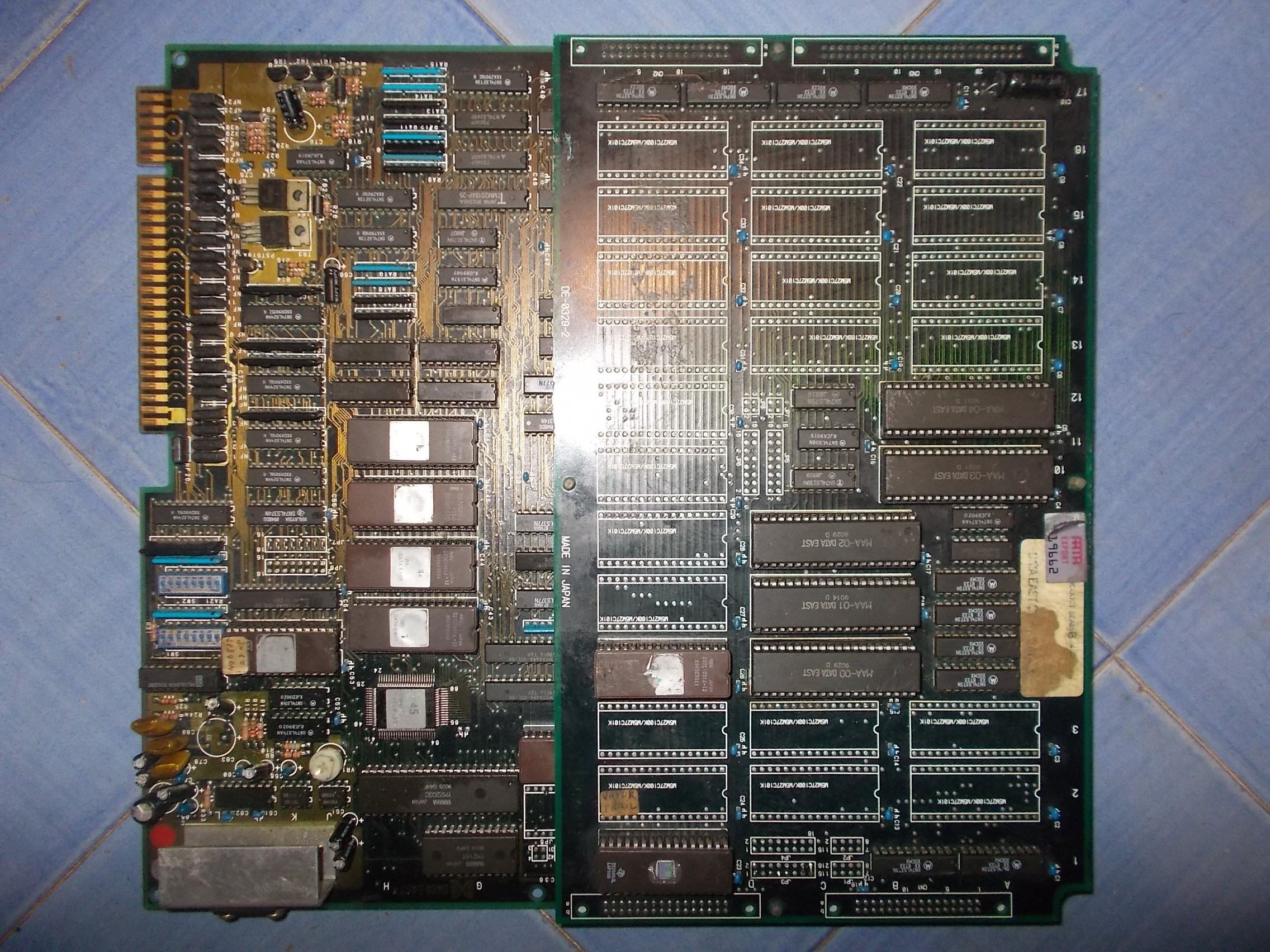 Board had two noticeable issues, the sound samples were corrupted and sprites glitched like if part of them were floating on screen

I decided to troubleshoot for first the sound issue.A quick visual inspeaction revealed a 470uF electrolytic capacitor was missing in audio section: 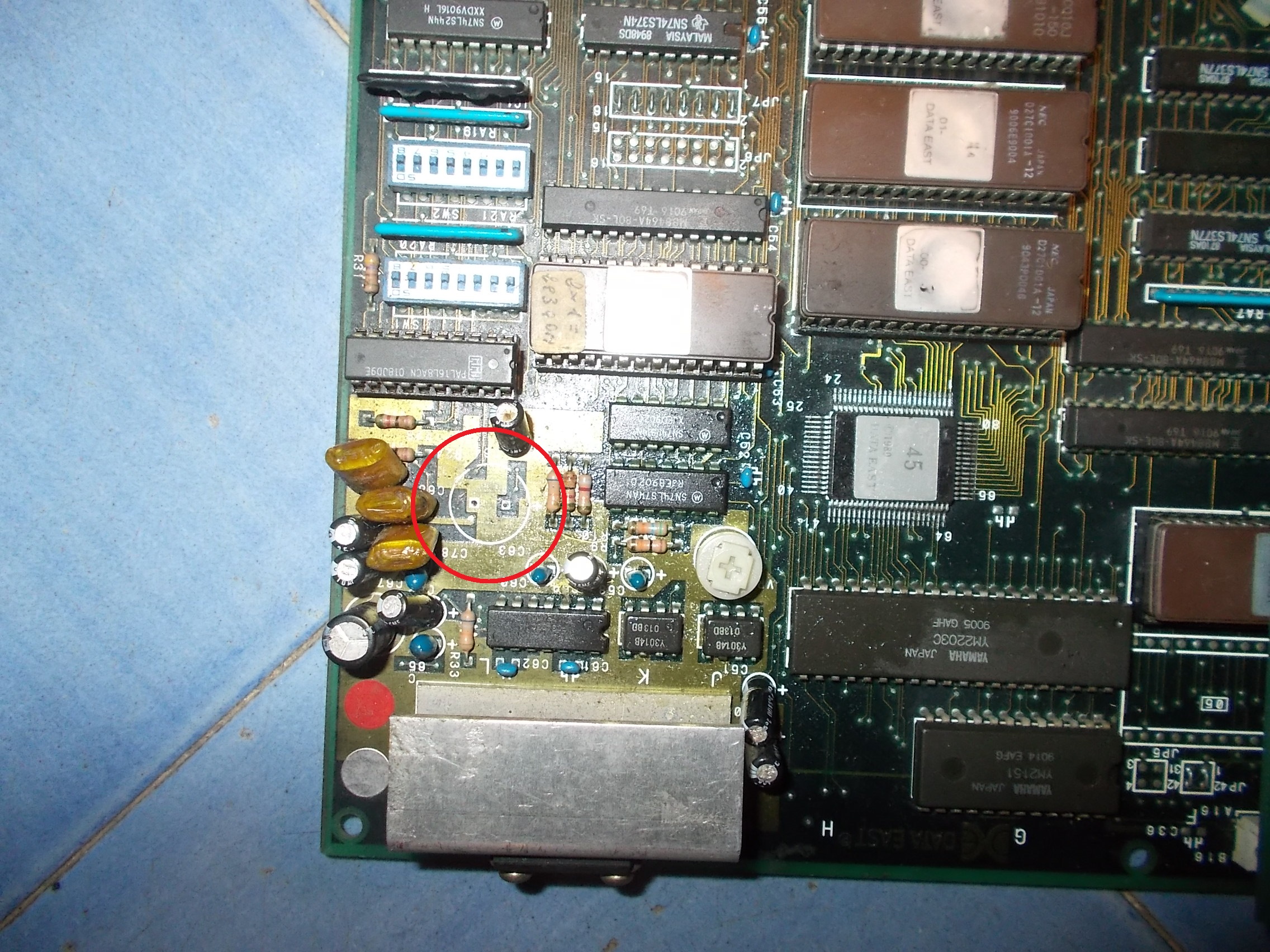 But it was just the one which filters the +12V so reinstalling it didn’t cure the issue.

PCM samples are played by two OKI MSM6295 on main PCB while data are stored in two 27C010 located on ROM board: 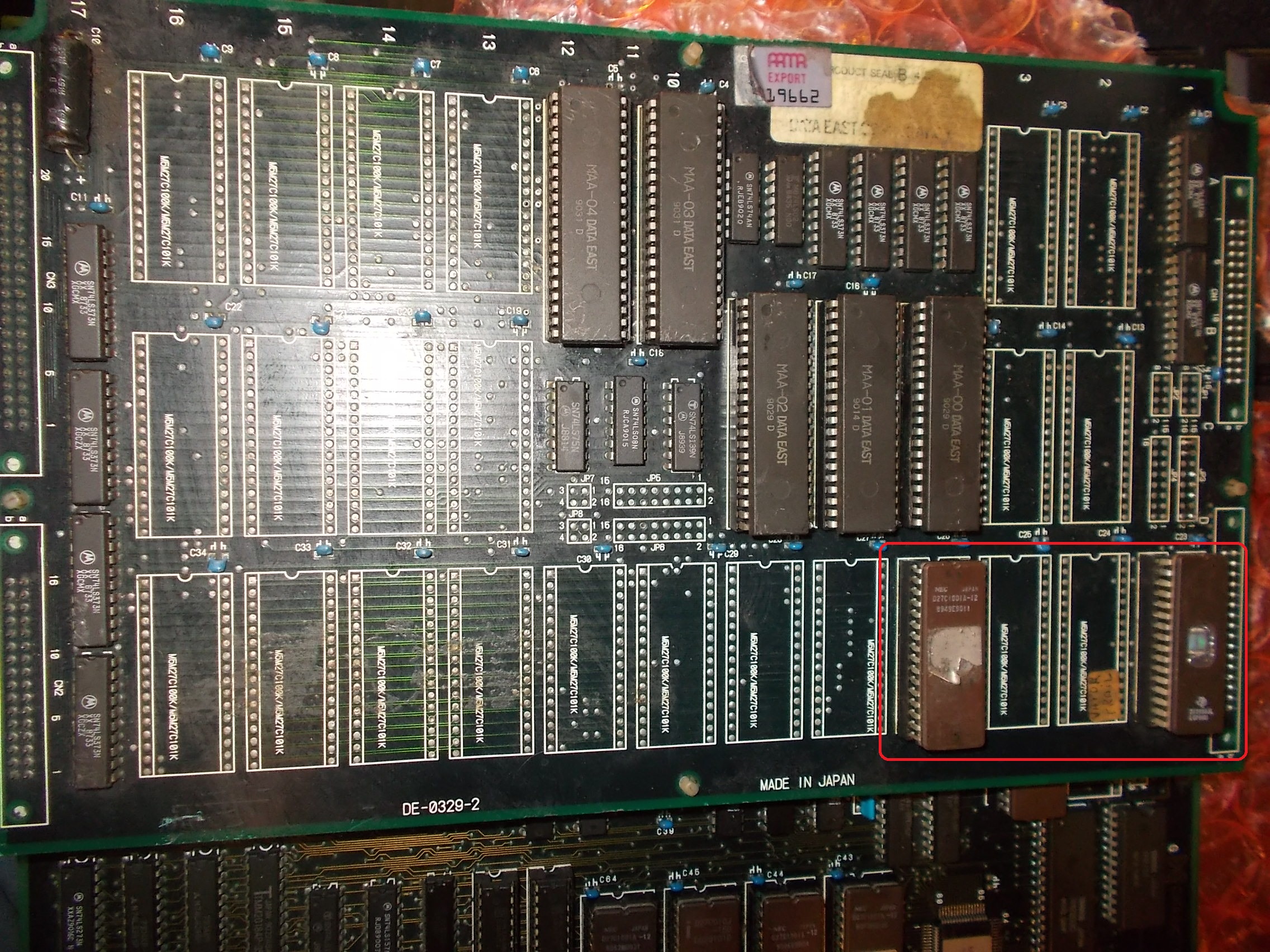 I dumped the devices and they matched the MAME ROM files:

But then I remembered I repaired another same PCB which had only one EPROM for audio samples whereas the other socket was empty.Other pictures found on the net confirmed this too like this one taken from ‘system11’ blog: 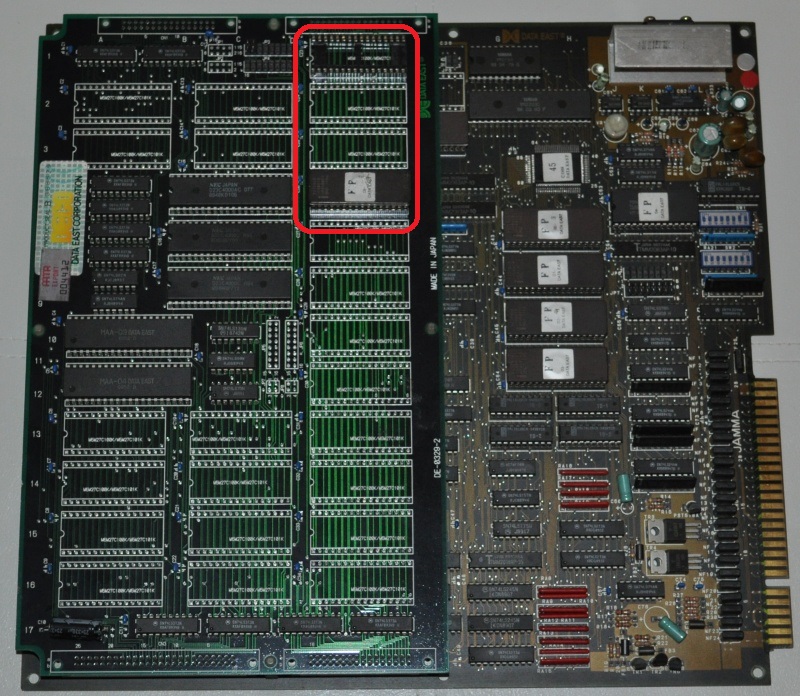 So I removed the one @1F and sound was fully restored. 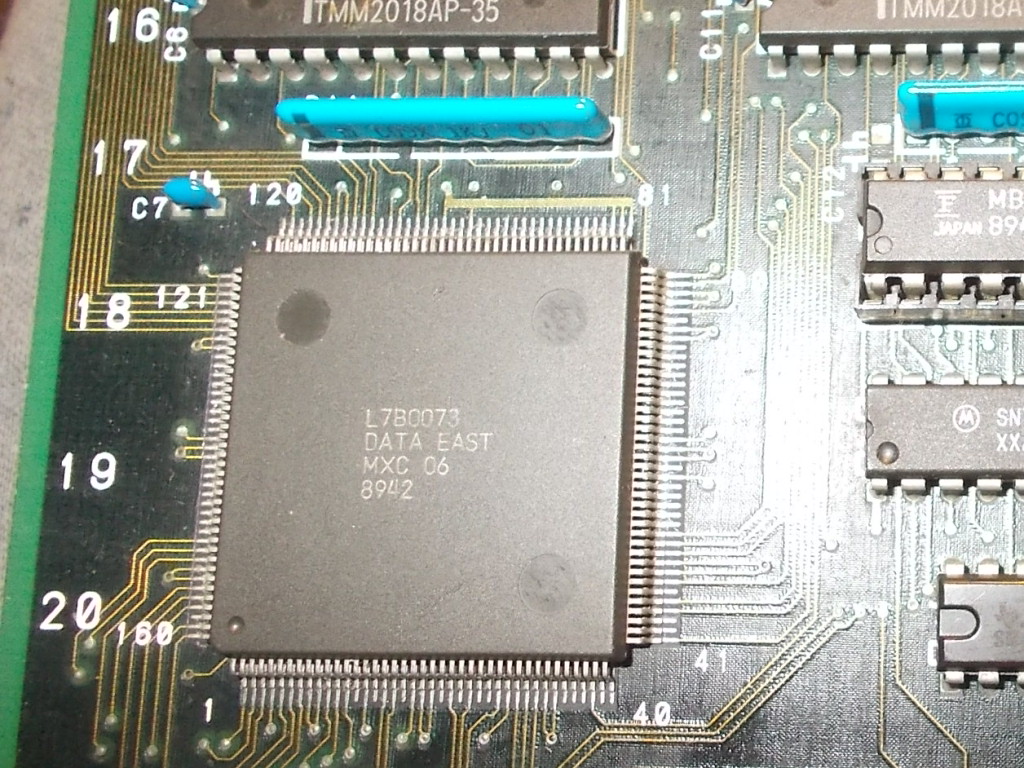 We can see its pinout in the Oscar schematics: 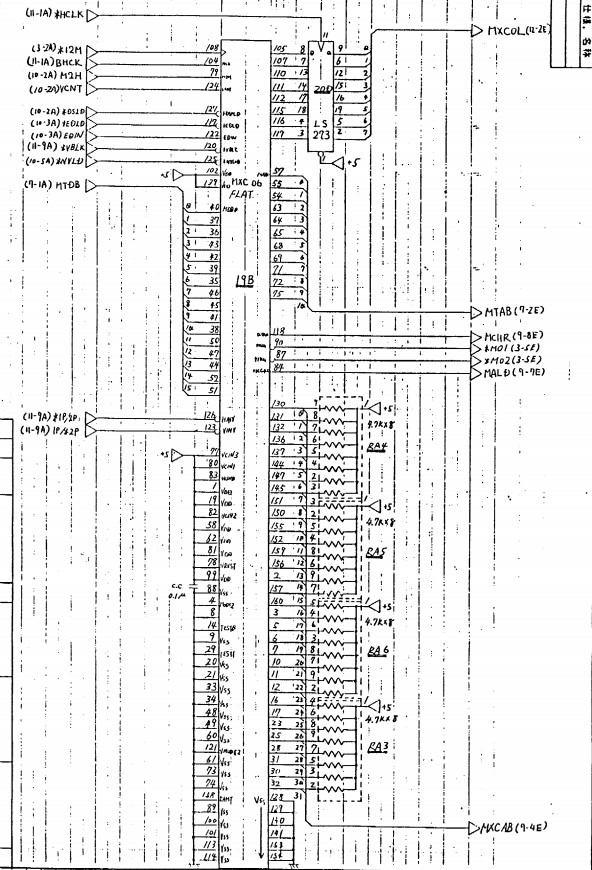 Since the ROM board covers entirely the ‘MXC 06’ custom ASIC denying me any access to probe its pins I decided to replace it given also the fact there is almost nothing else involved in sprite generation  : 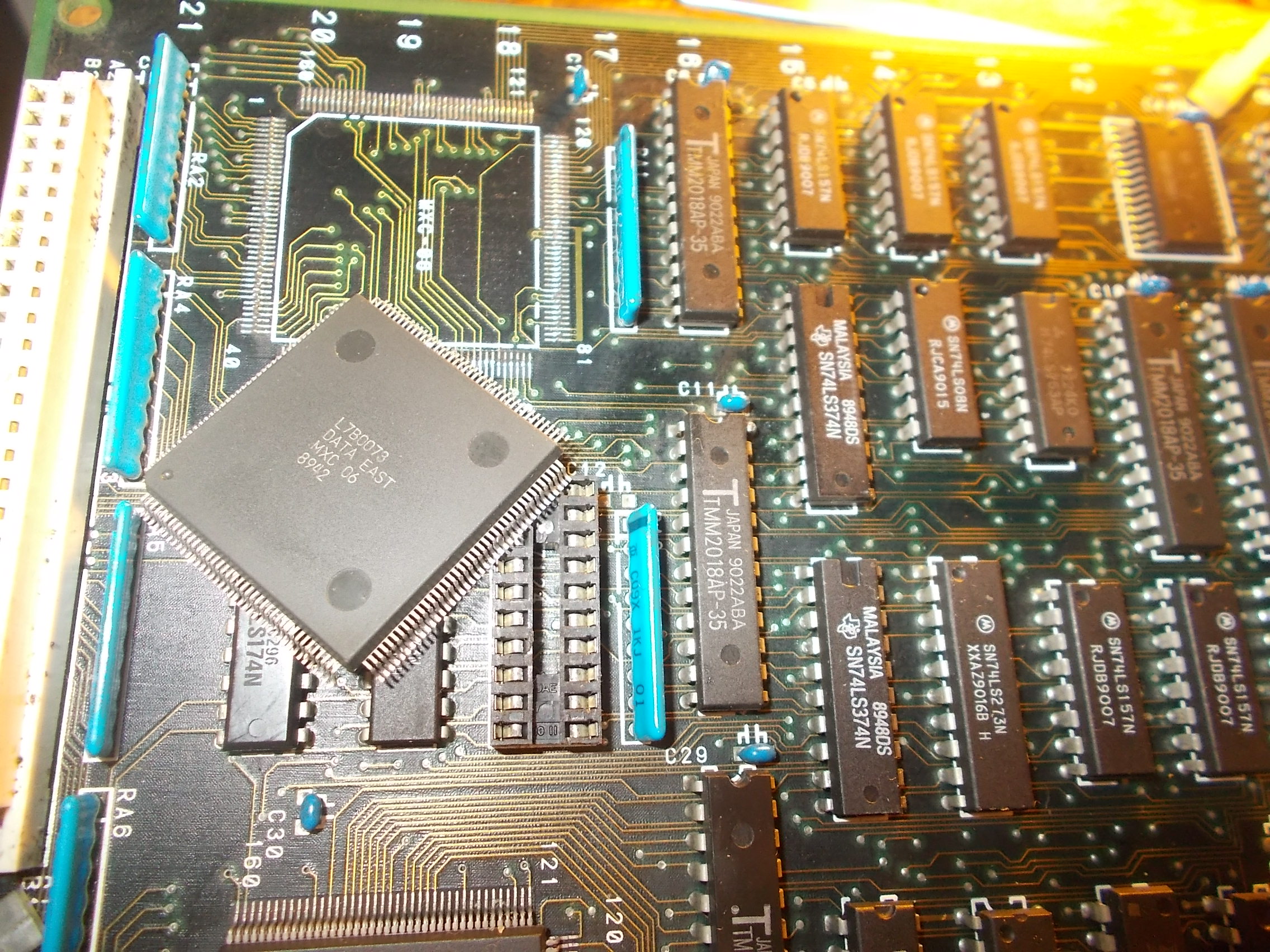 I took the spare from a dead Sly Spy/Secret Agent PCB and soldered it pin by pin with the iron tip: 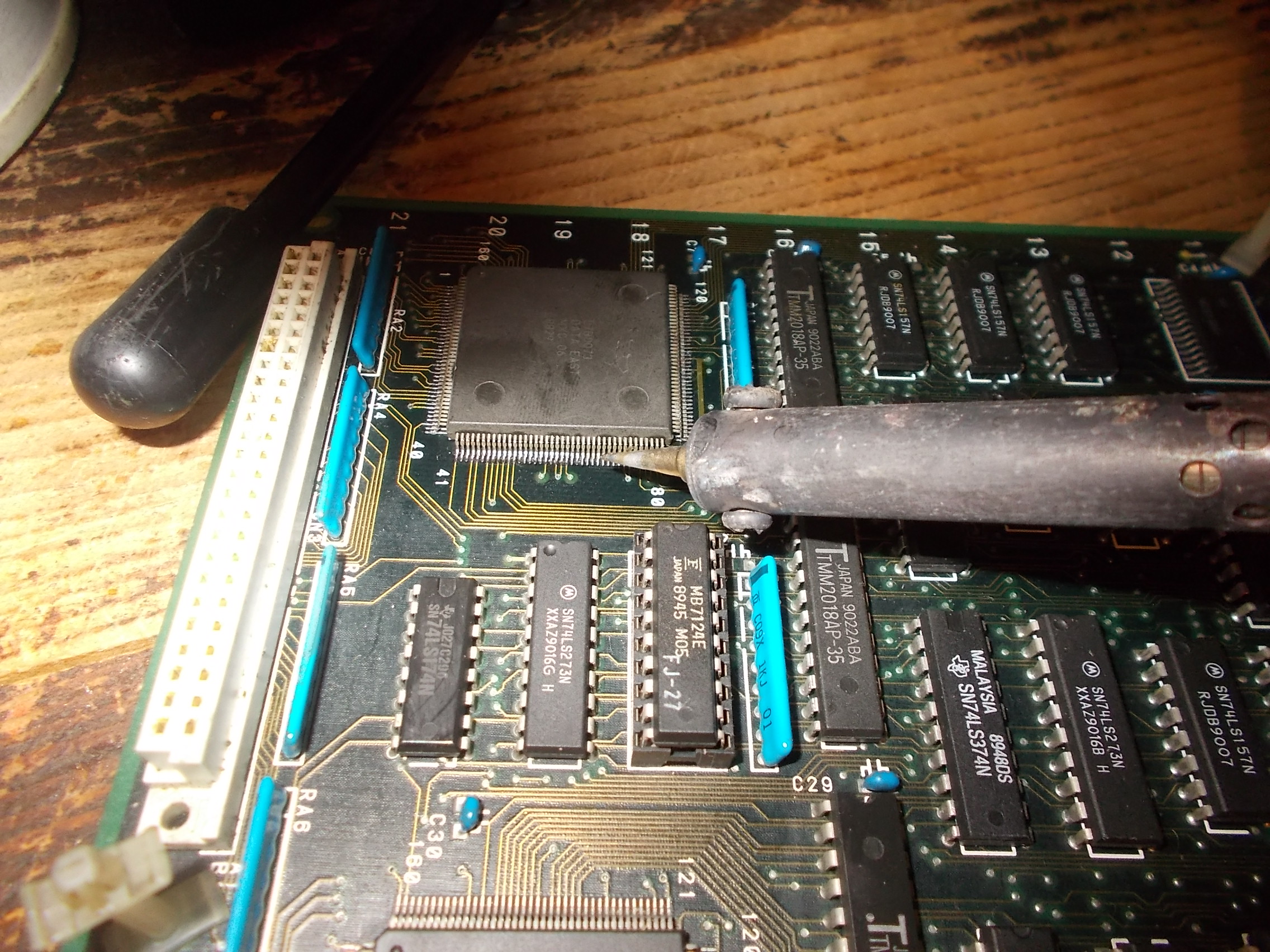 When I powered the board up again, the glitches on sprites were gone so I could declare the board as 100% working.End of job.