Sometimes it’s just matter of capacitors…We could call this repair log in this way, let’s read why.

I bought this not working  Vapor Trail – Hyper Offence Formation PCB on Ebay: 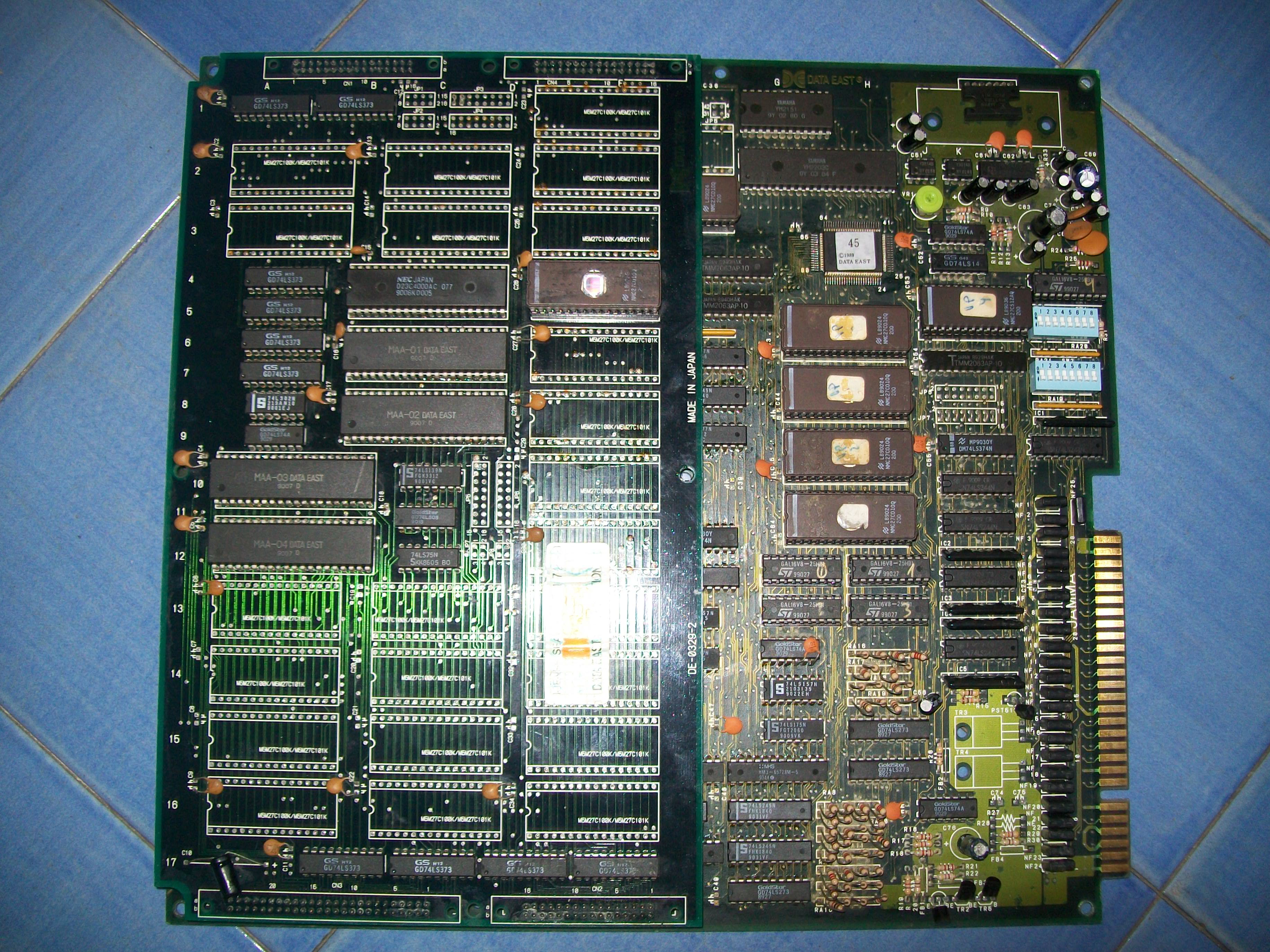 The board gave a static blank screen on power up: 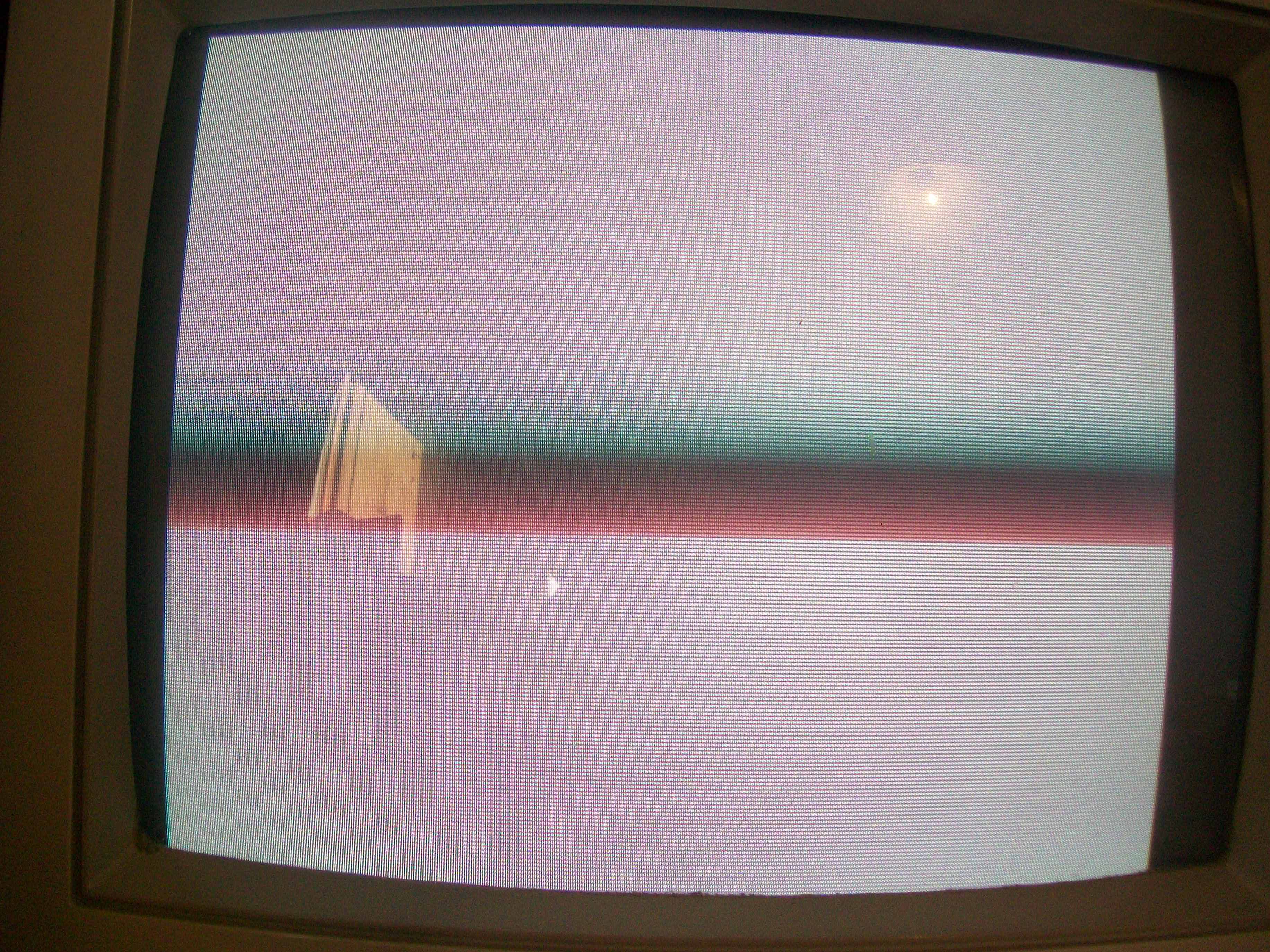 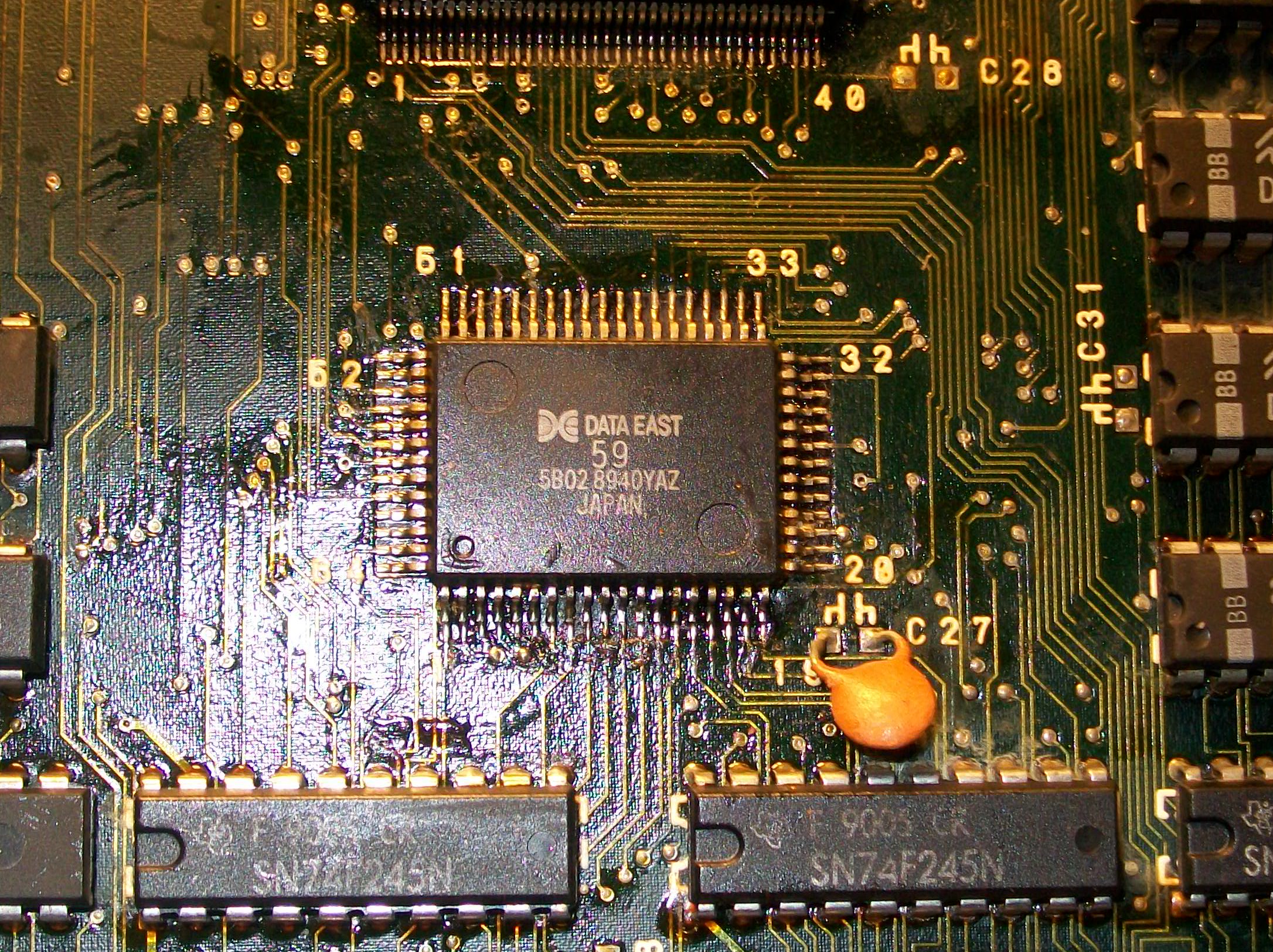 Here you can see its pinout figured out by Porchy some time ago:

Probing it revealed static address/data bus, clock was present instead.Since it was not included in the above pinout I spent some time to figure out that pin 59 was the /RESET one.Probing it I found that on power up there was no transition from LOW to HIGH but pin went directly to HIGH state hence CPU didn’t get initialized.RESET circuit is a typical one made of the PST518 voltage monitor IC, a 47uF 50V electrolytic capacitor and a couple of resistors :

Checking in-circuit the ESR of this 47uF 50V capacitor @IC56 gave no reading, value was out of the 100Ohm range of my meter: 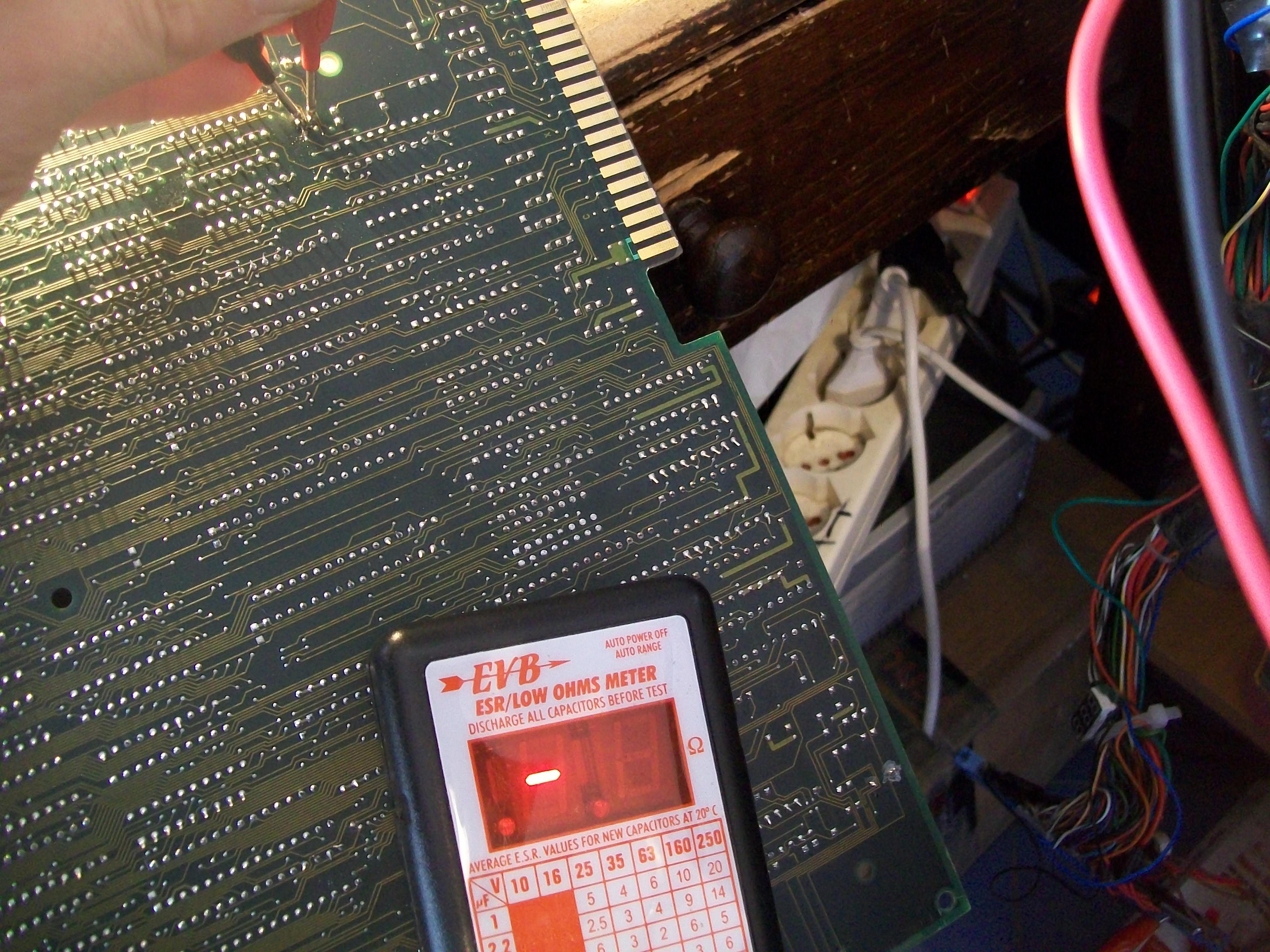 I removed it and out-of-circuit testing confirmed this capacitor was bad: 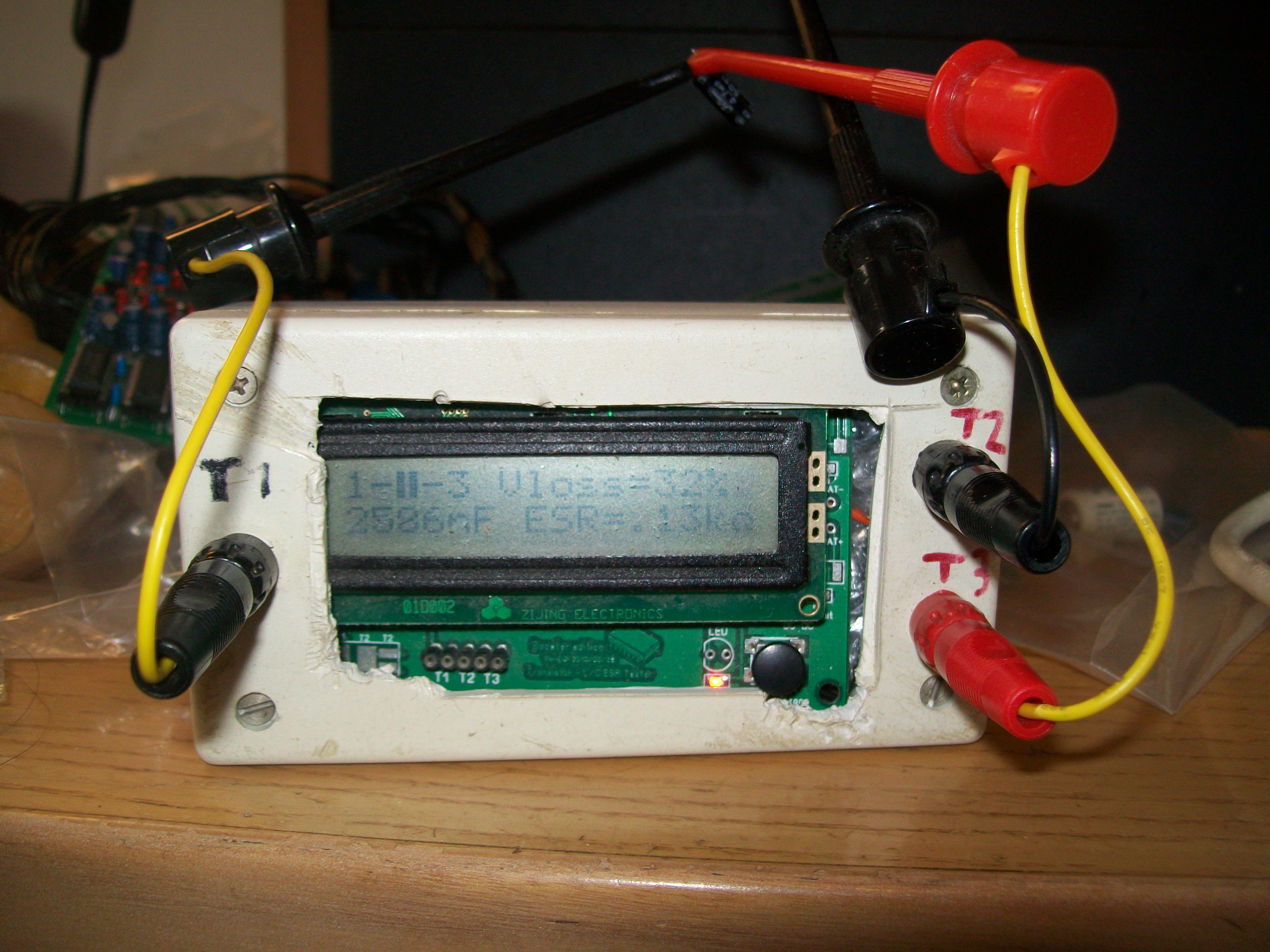 Replacing it restored a proper RESET signal so board successfully booted: 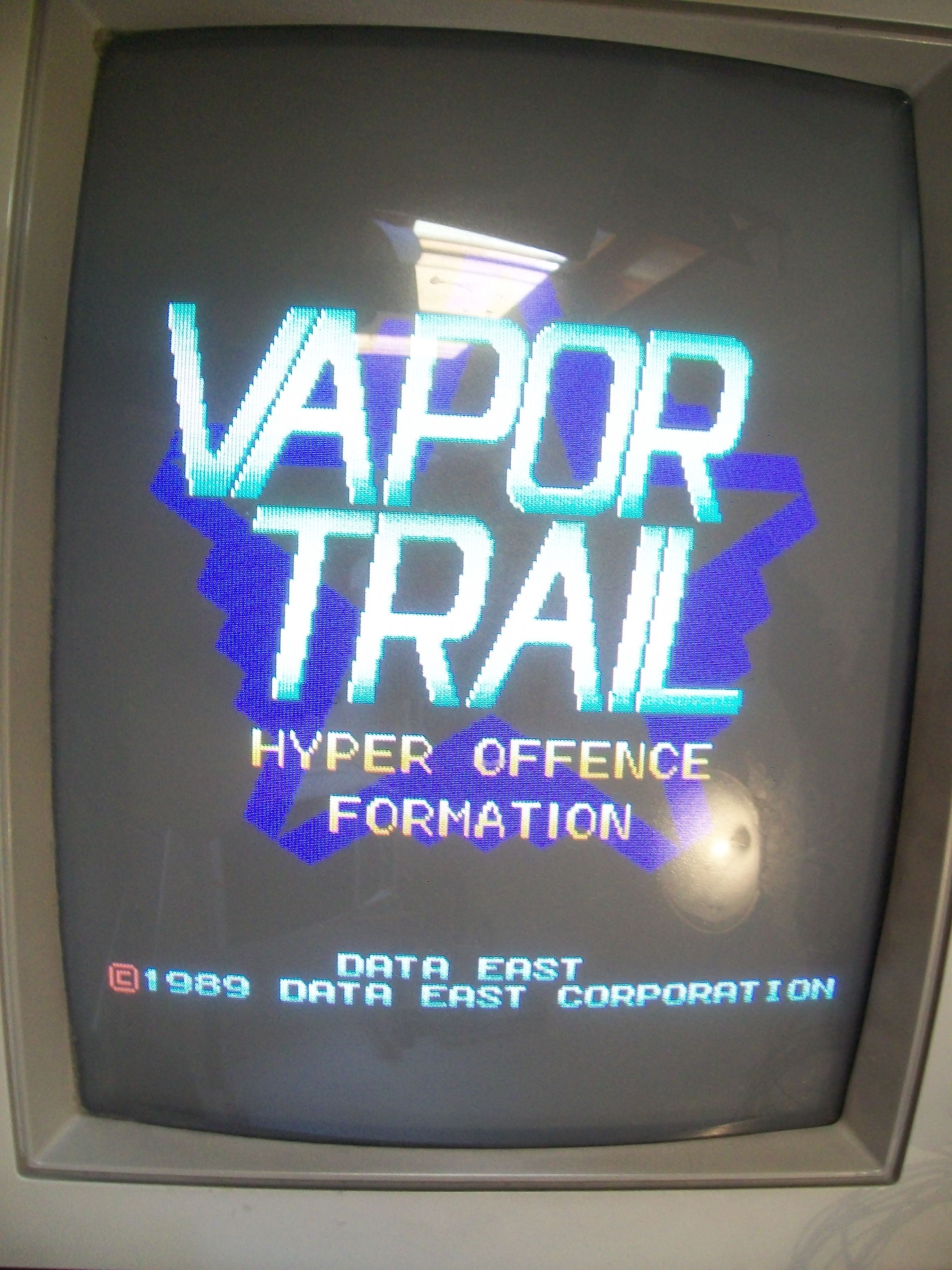 But sound was quiet despite adjusting the potentiometer and some interferences were present on screen too:

I went to measure the impedance of the electrolytic capacitors in analog sound circuit and I found many of them with out-of-specs value: 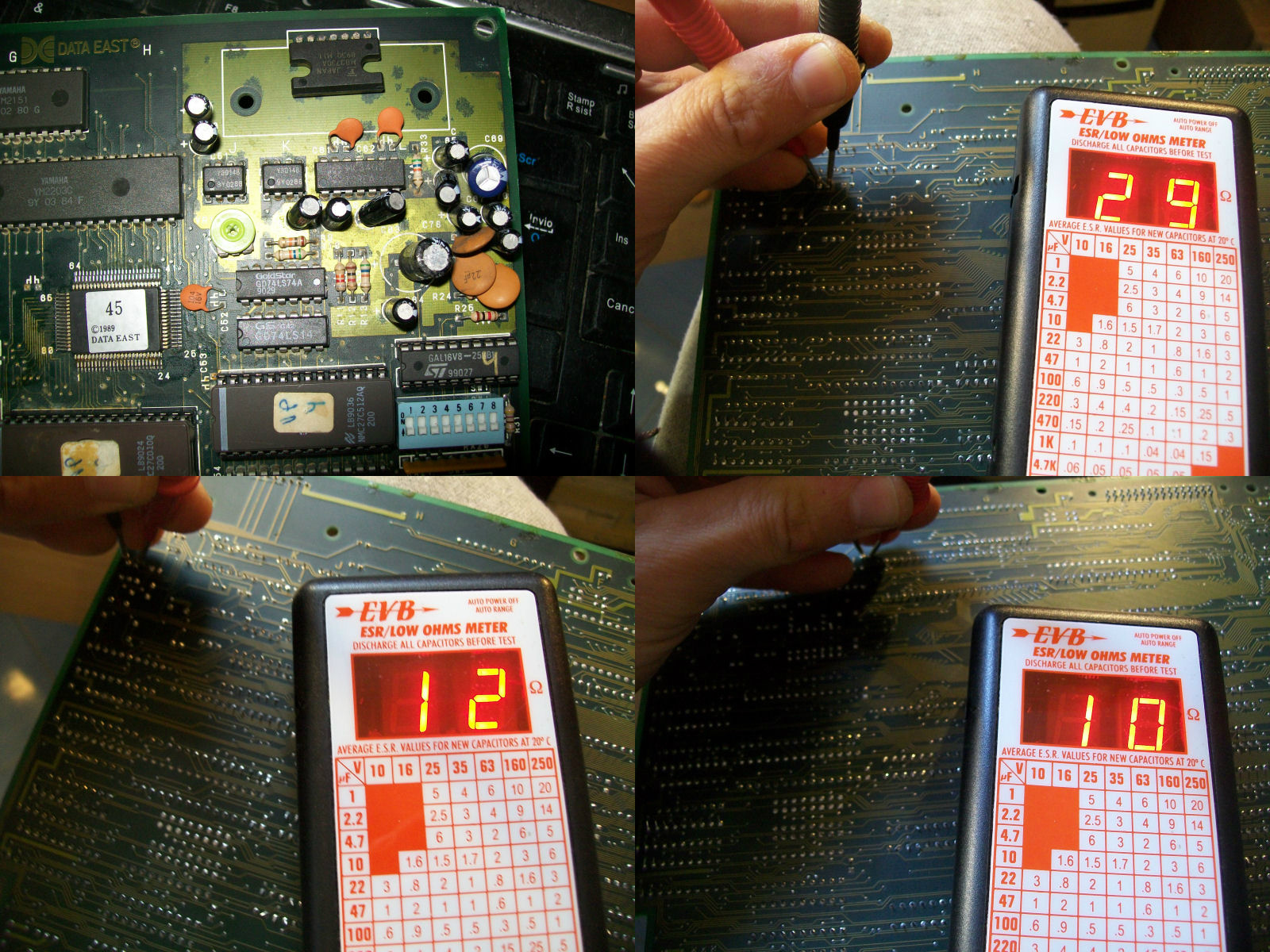 I replaced them all : 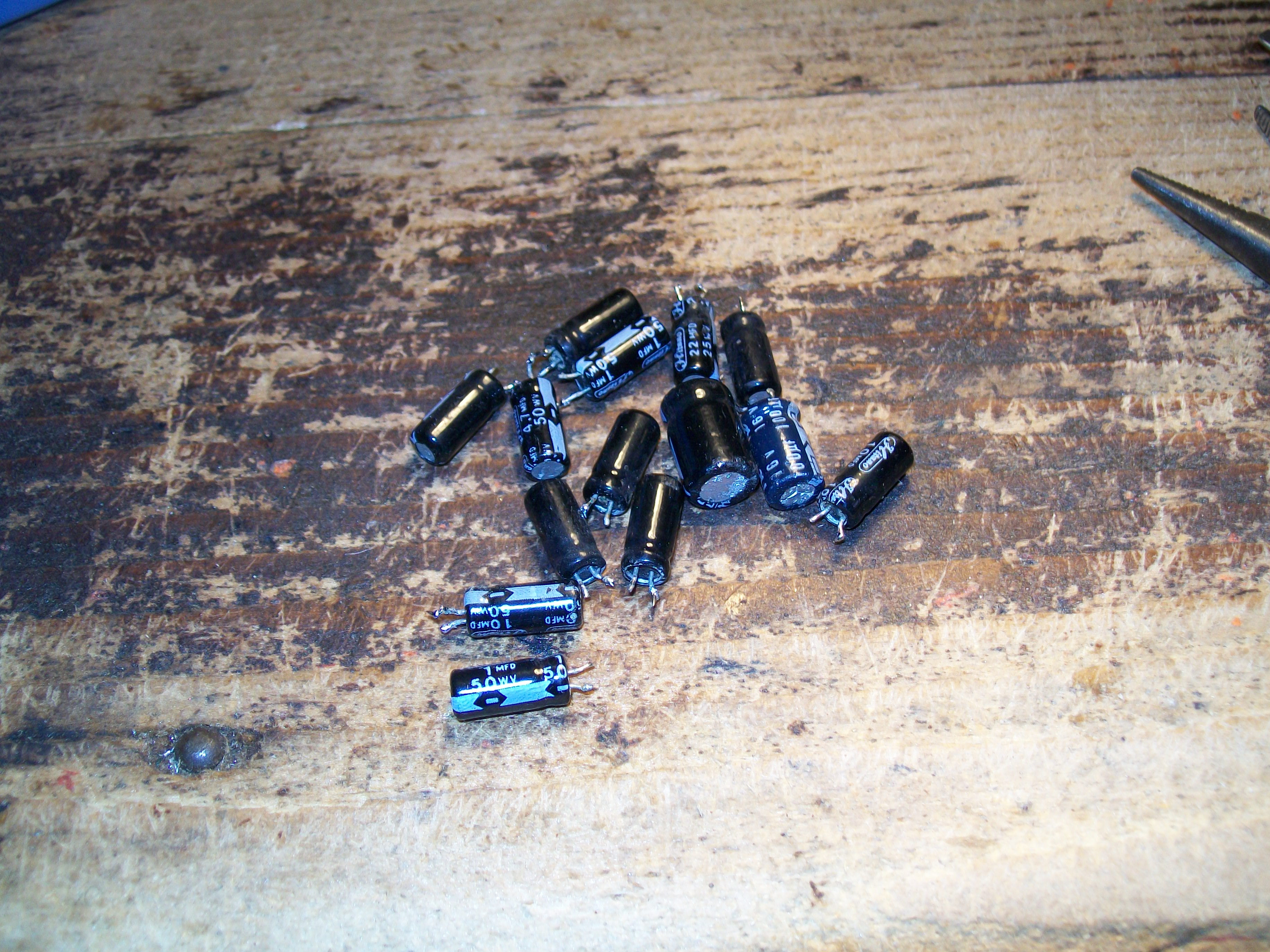 This restored a loud and a clear sound.As said in the beginning, it was only matter of capacitors!