Had this board for a while now but hadn’t looked at it. 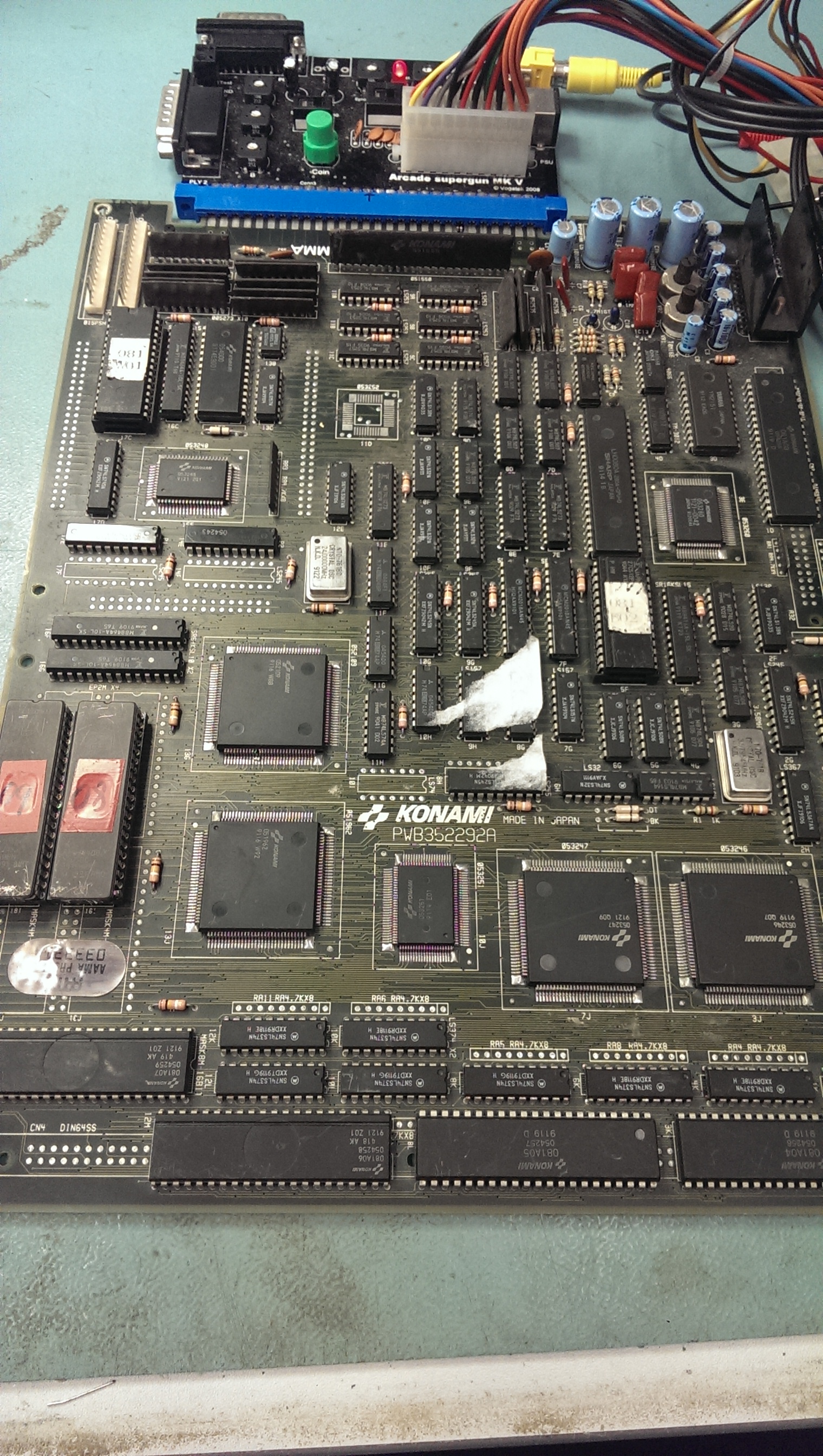 On booting the board up I got completely messed up graphics. 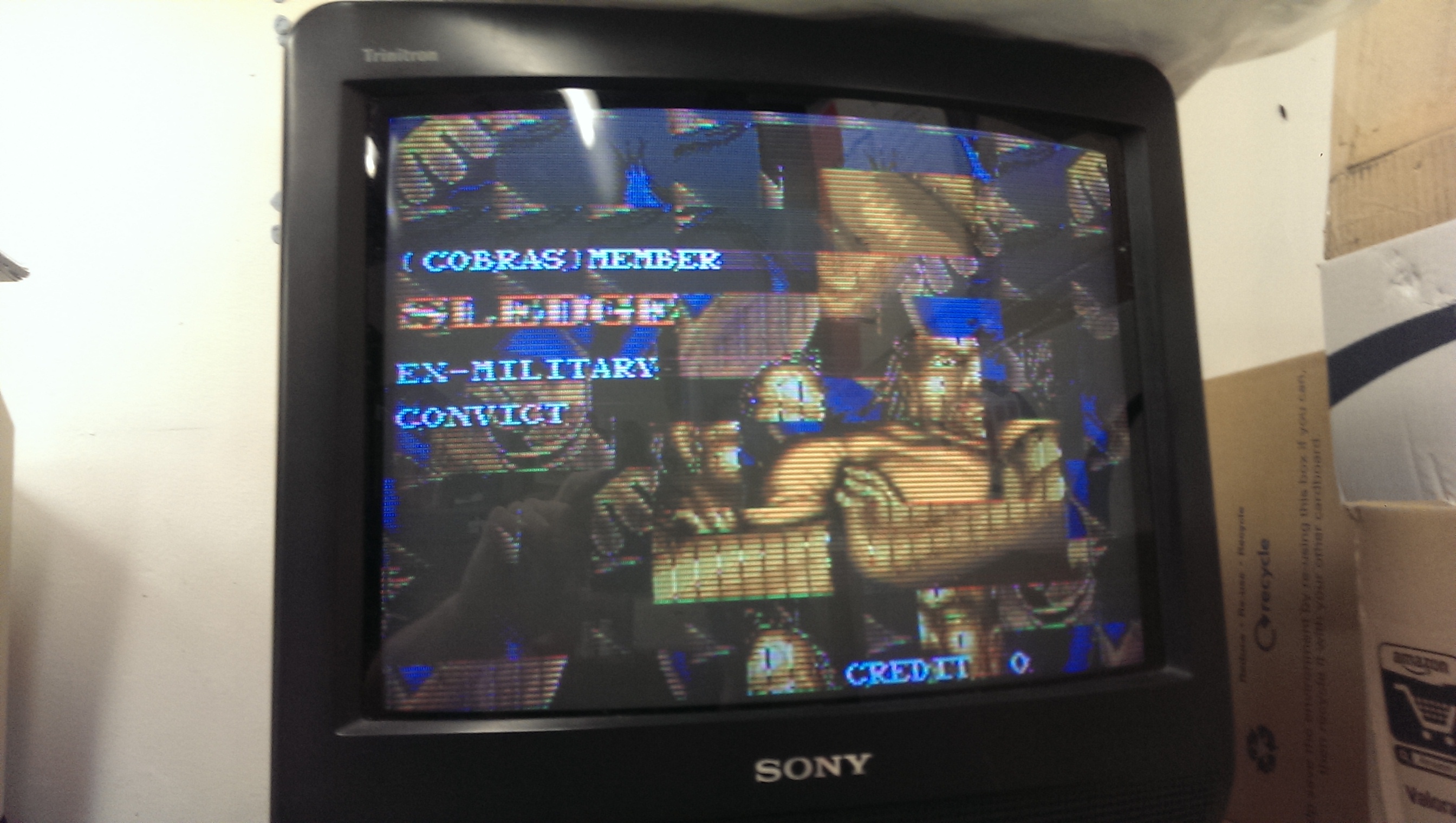 On my pre power up visual inspection I somehow missed the damage and solder blob on the 052109 tilemap generator. 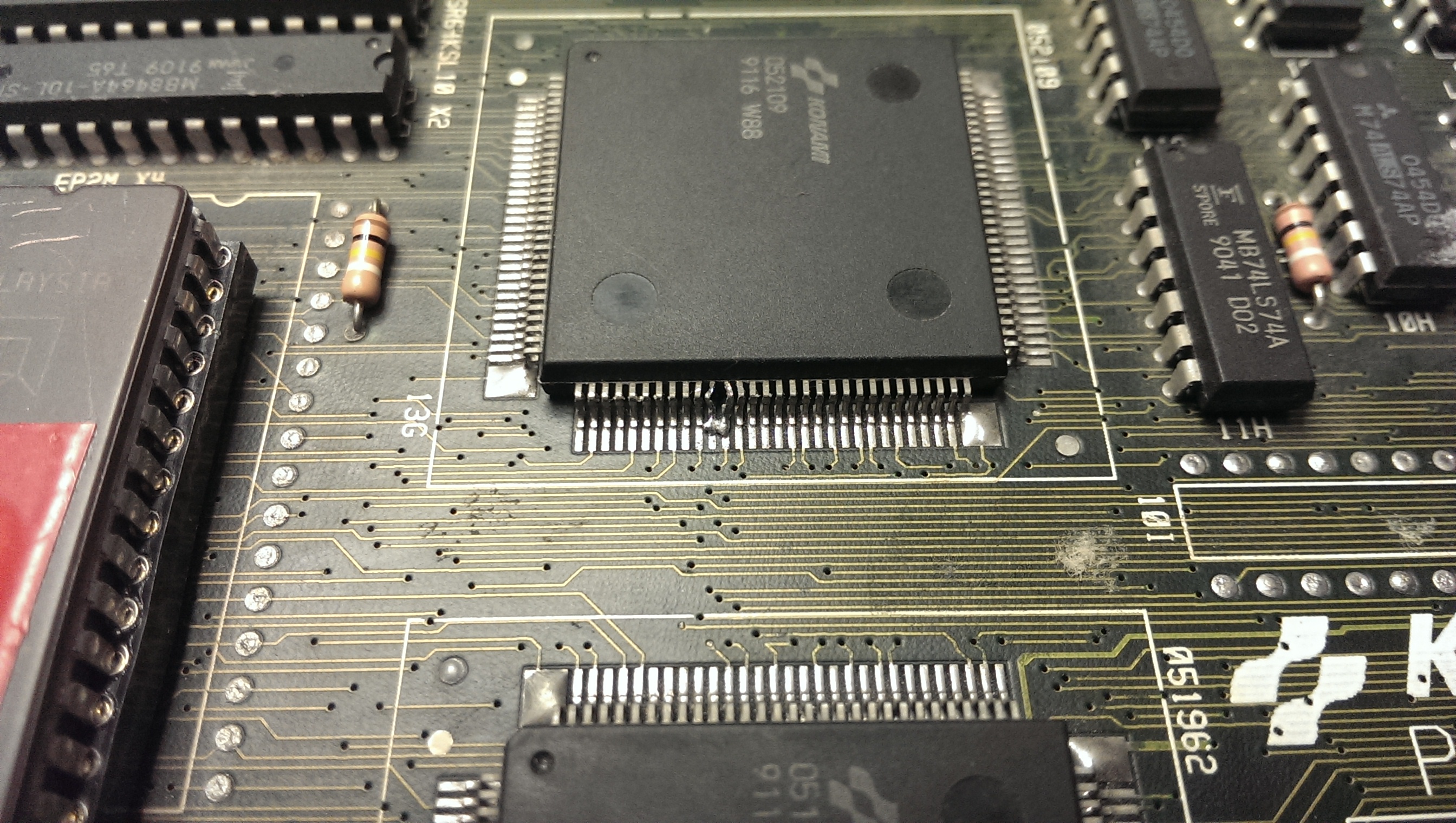 I removed the solder using solder braid and straightened the legs up best I could with some fine tweezers. It took a while as I didn’t want to snap the legs off but I ended up with something I was happy with. 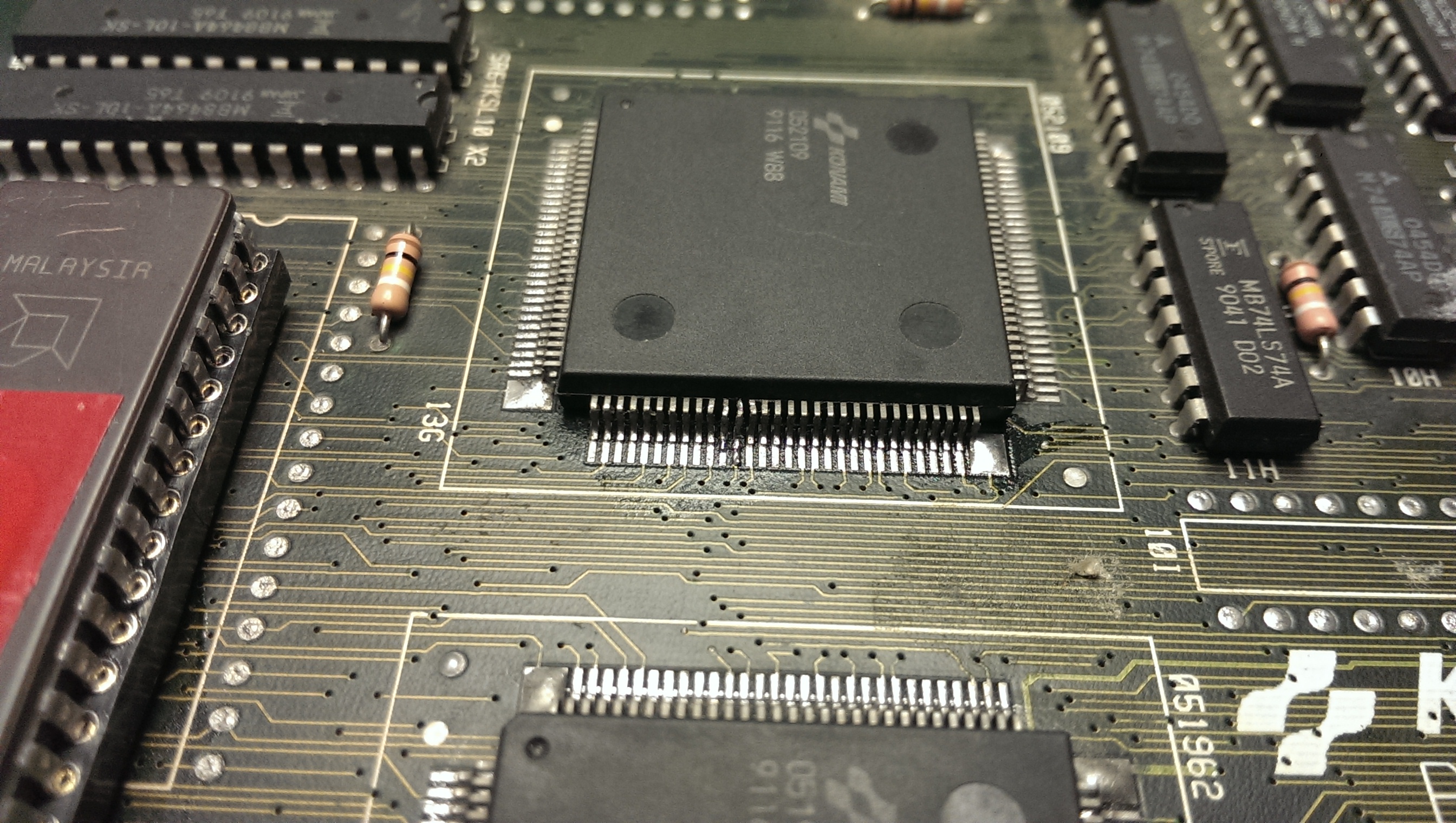 Fixing that gave me the graphics back but there were jailbars present. 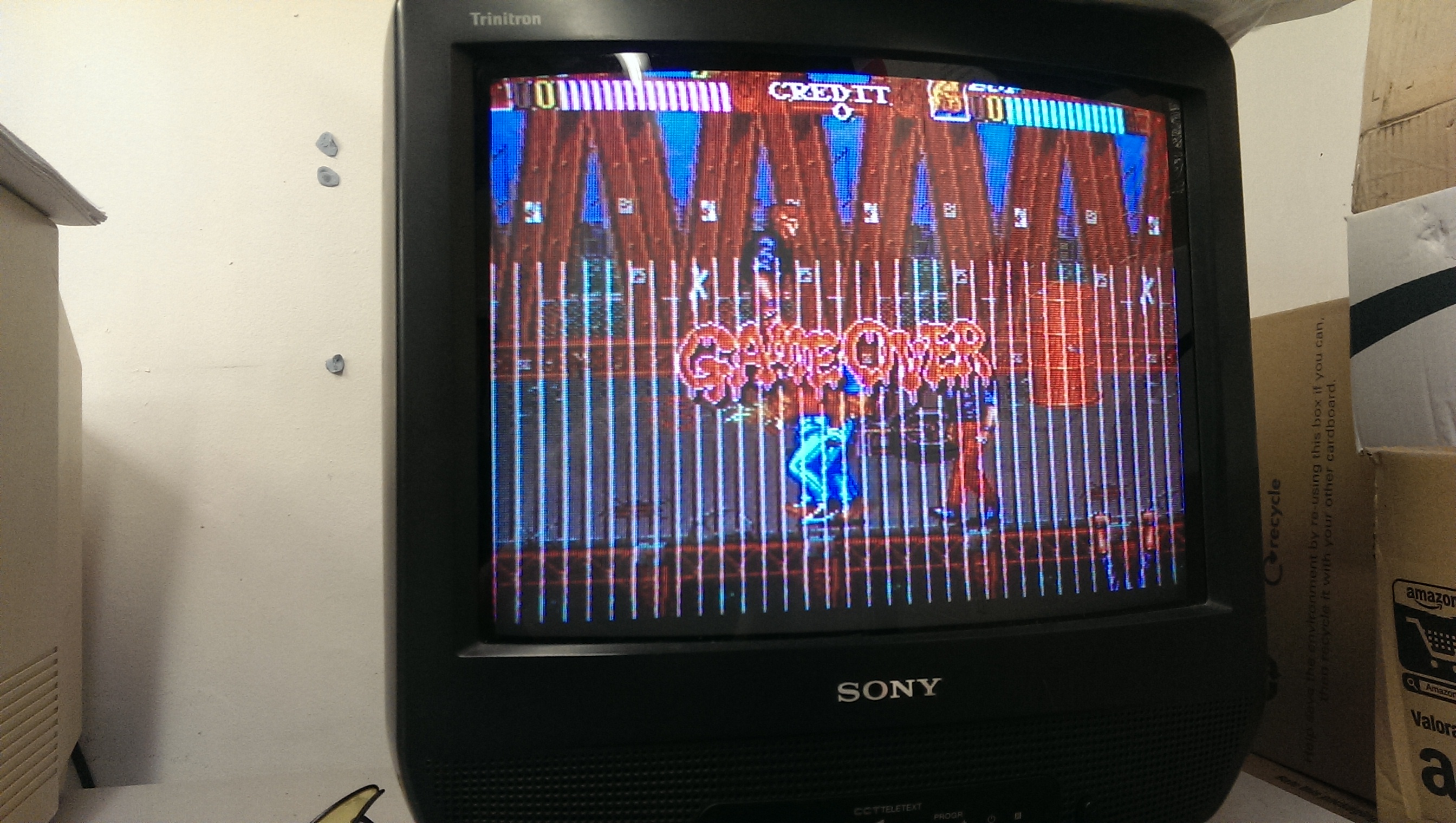 Jailbars are usually a sign of a failed ROM and as the two MASKROM’s have previously been replaced for a pair of 27C400 EPROM’s I thought it was best I check these out first.
Both turned out to be fine so the next step was to check the address and data line to see if they were active.
Again I could find no problems here.

I then found the test menu which runs a self test on these ROM’s. The ROM at location 16I gave a different checksum each time I ran the test. A changing checksum can be a sign of a floating data pin. I already knew the data pins were active and that the ROM’s were good so I set to work with the multimeter checking continuity between the EPROM and the 051962 tilemap generator which these data line go to.
Eventually I found data pin 8 did not make it to the 051962. 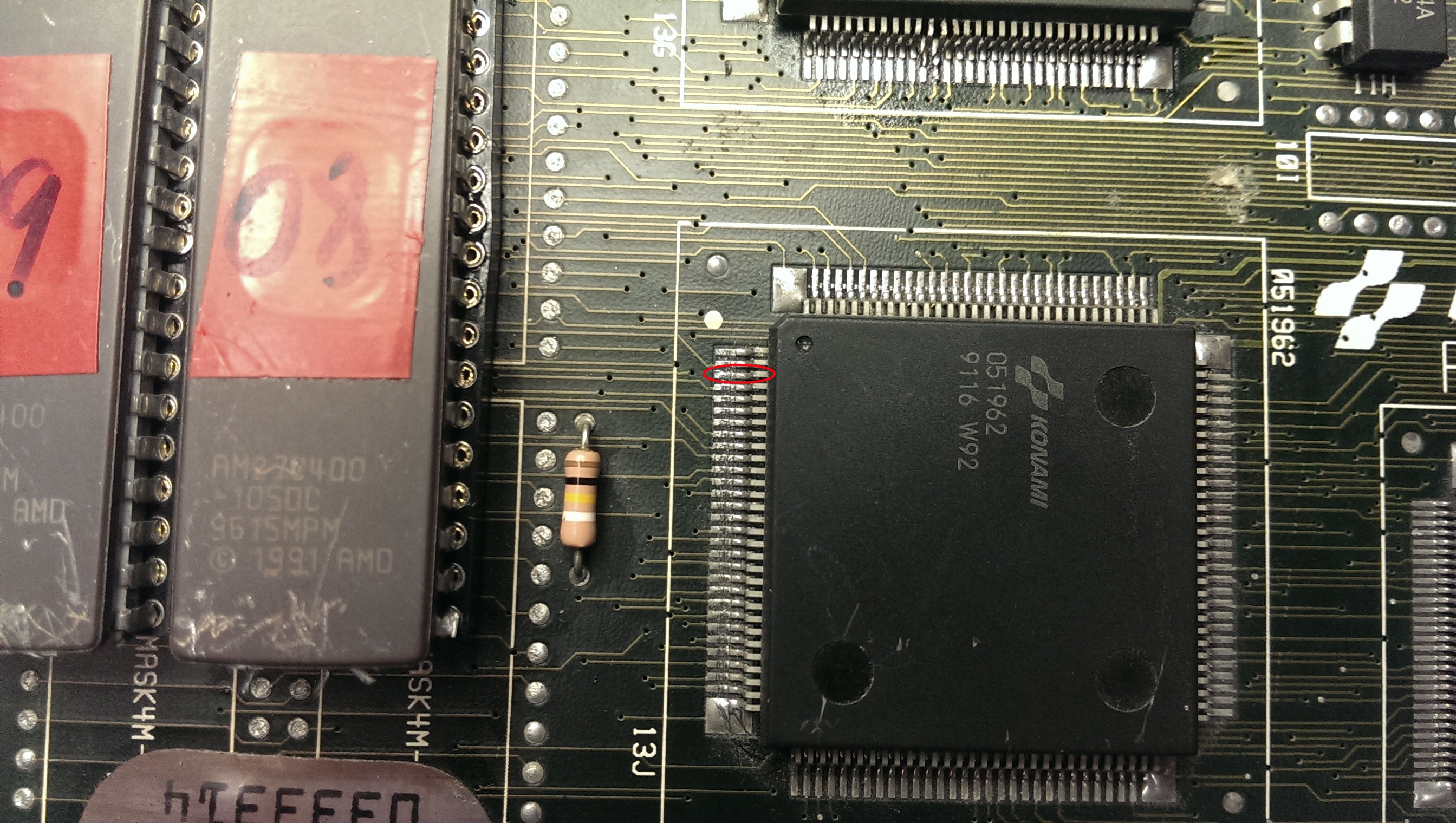 I was able to patch this underneath the EPROM so it would be hidden (and protected). 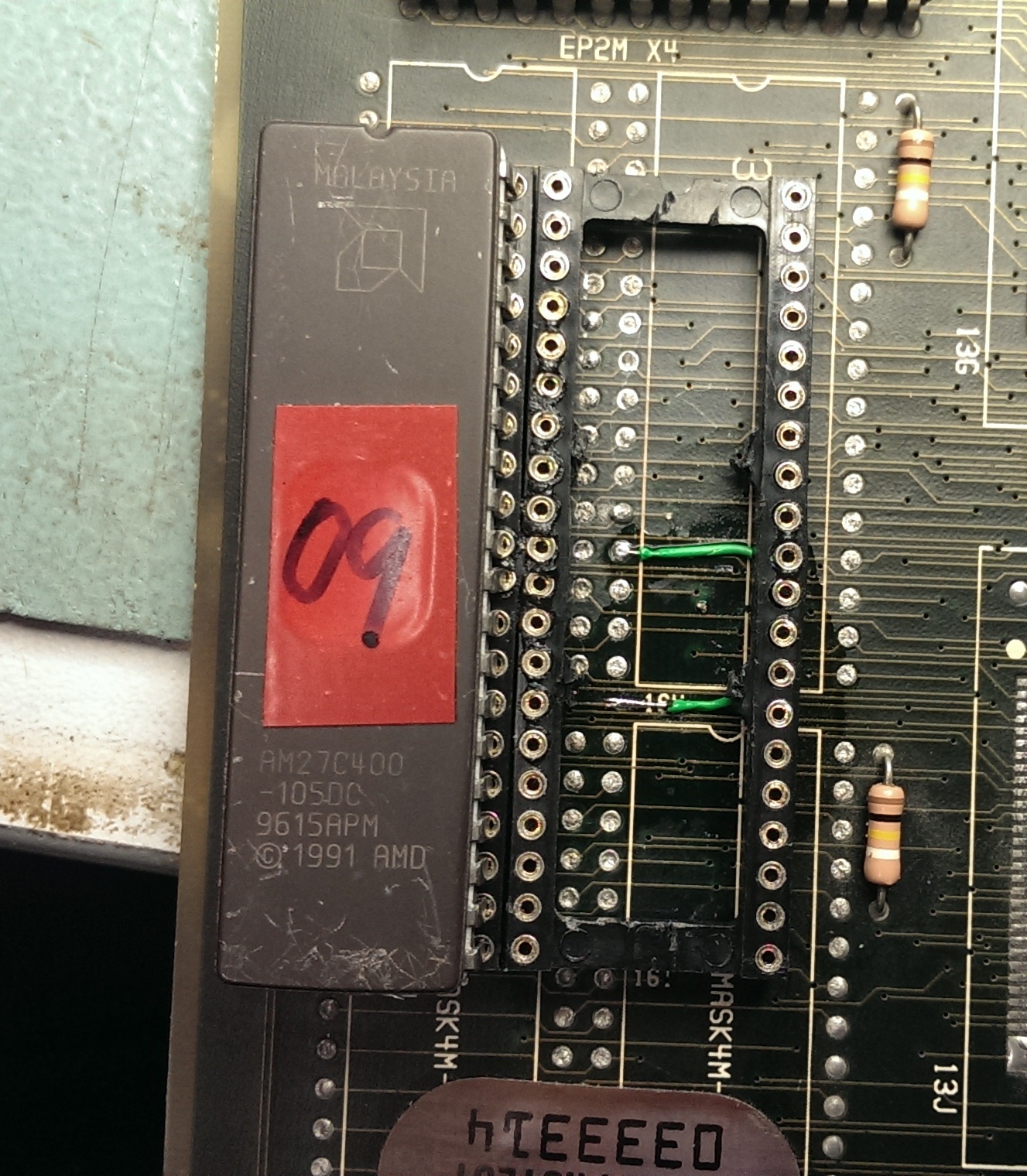 On powering up all the jailbars were gone and the board is fixed. 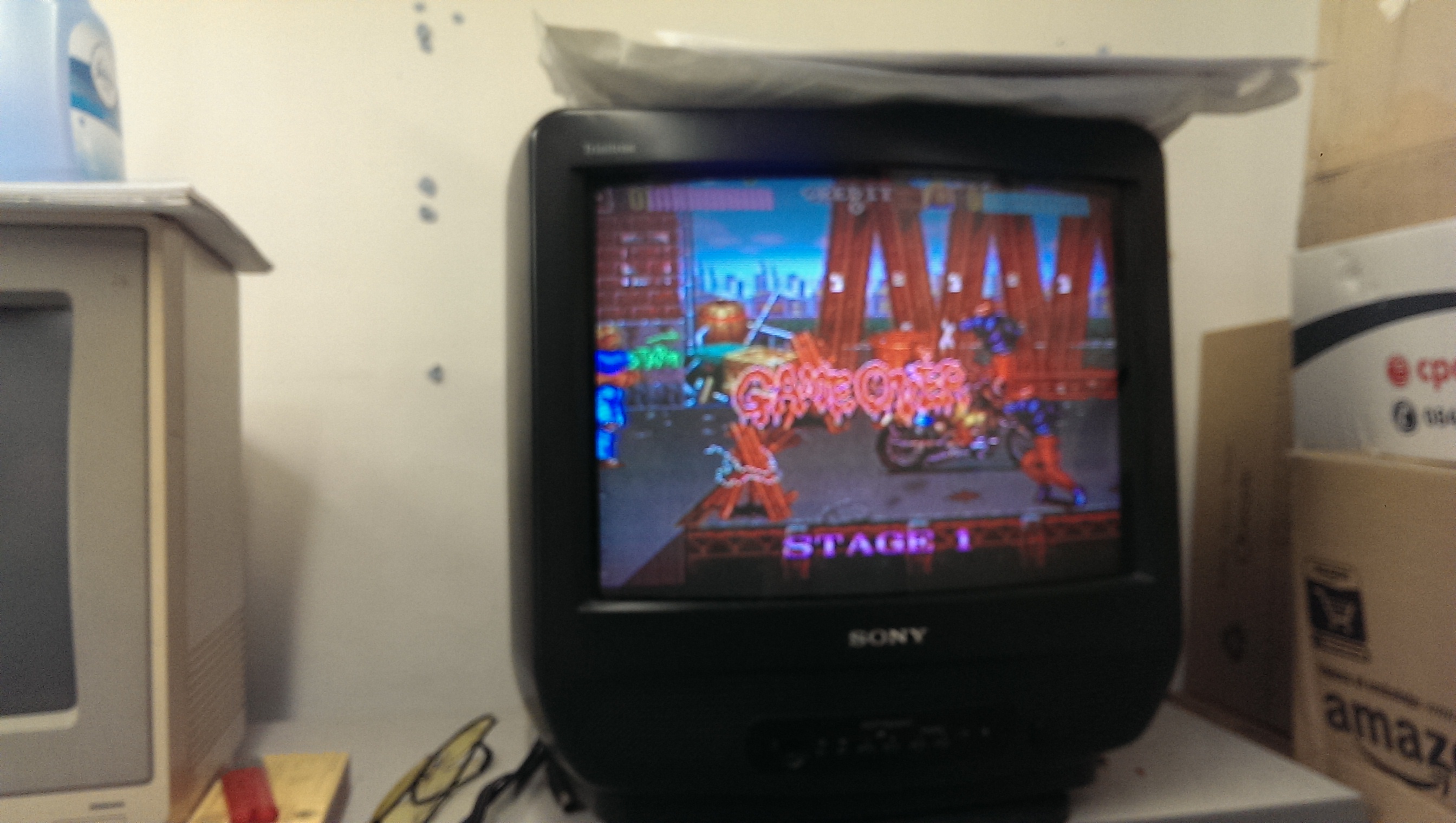