Got this faulty Violent Storm PCB from Ebay (well, actually seller sold me as Metamorphic Force one…) 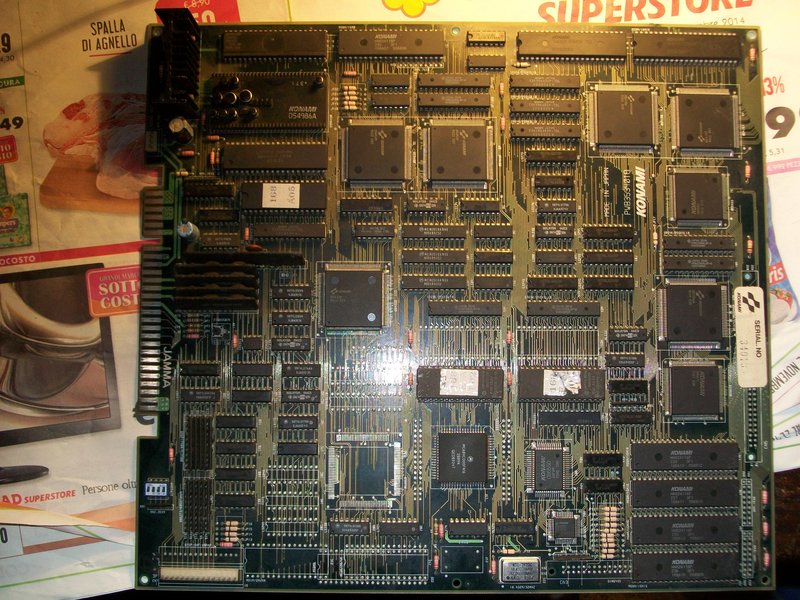 When I turned it on all I got was a solid black screen but  this time watchdog circuit was not active.As many other Konami boards RESET signal is generated by PIN10 of  the SIL custom ‘051550’.In this case signal was correct (first LOW then HIGH) but not on main CPU (an MC68H000GFN16 in PLCC package) where it was stuck LOW.So was time to investigate.I could trace RESET signal from PIN10 of the ‘051550’ custom to PIN7 of a custom marked ‘053252’ (44PIN in QFP package) while , from other side, RESET (PIN18) of the main 68000 CPU was tied to PIN12 of this ‘053252’ IC through some inverter gates (74F04).This was confirmed also by Metamorphic Force schematics (which runs on same indentical hardware) I could find at a later time: 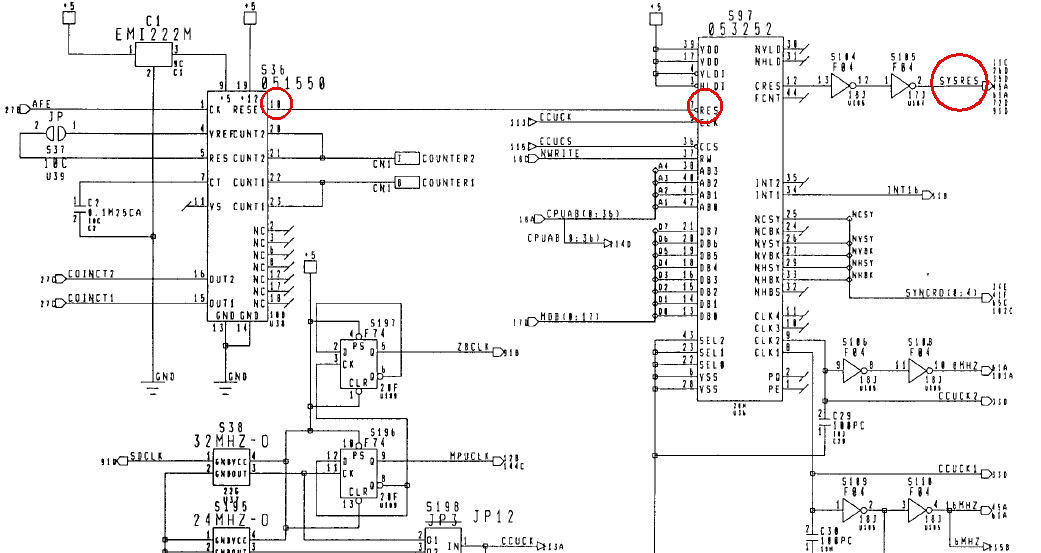 As I said RESET signal was correctly generated by ‘051550’ custom, routed to ‘053252’ ASIC but then coming out from it stuck LOW.So with this assumption I had no other way than try to replace the ‘053252’ ASIC (in MAME source it’s indicated as CRT and interrupt control unit):

And I was right since board successfully booted and all was properly working:

I was closing the case and declaring the board 100% fixed but the curse of the Konami hybrid sound module struck again!Infact while I was testing the board, the sound suddenly faded.But this time it was not only matter to replace all the SMT caps with tantalum ones but also the LA4705 audio amplifier broken due high ESR of the old caps and we all know that capacitors have the role to stabilize amplifier preventing its oscillation and failure:

That’s all for today, I hope you enjoyed this repair log!