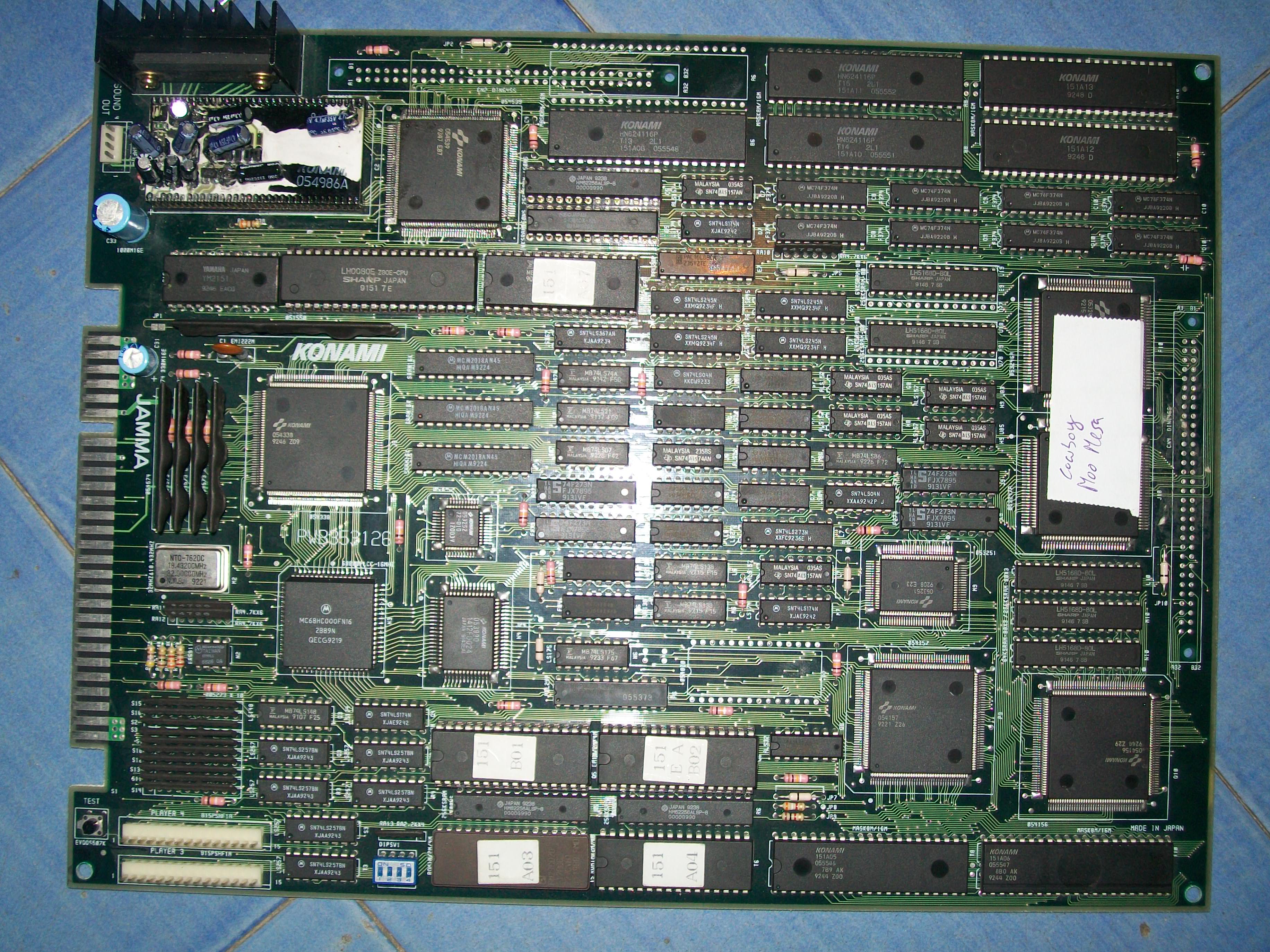 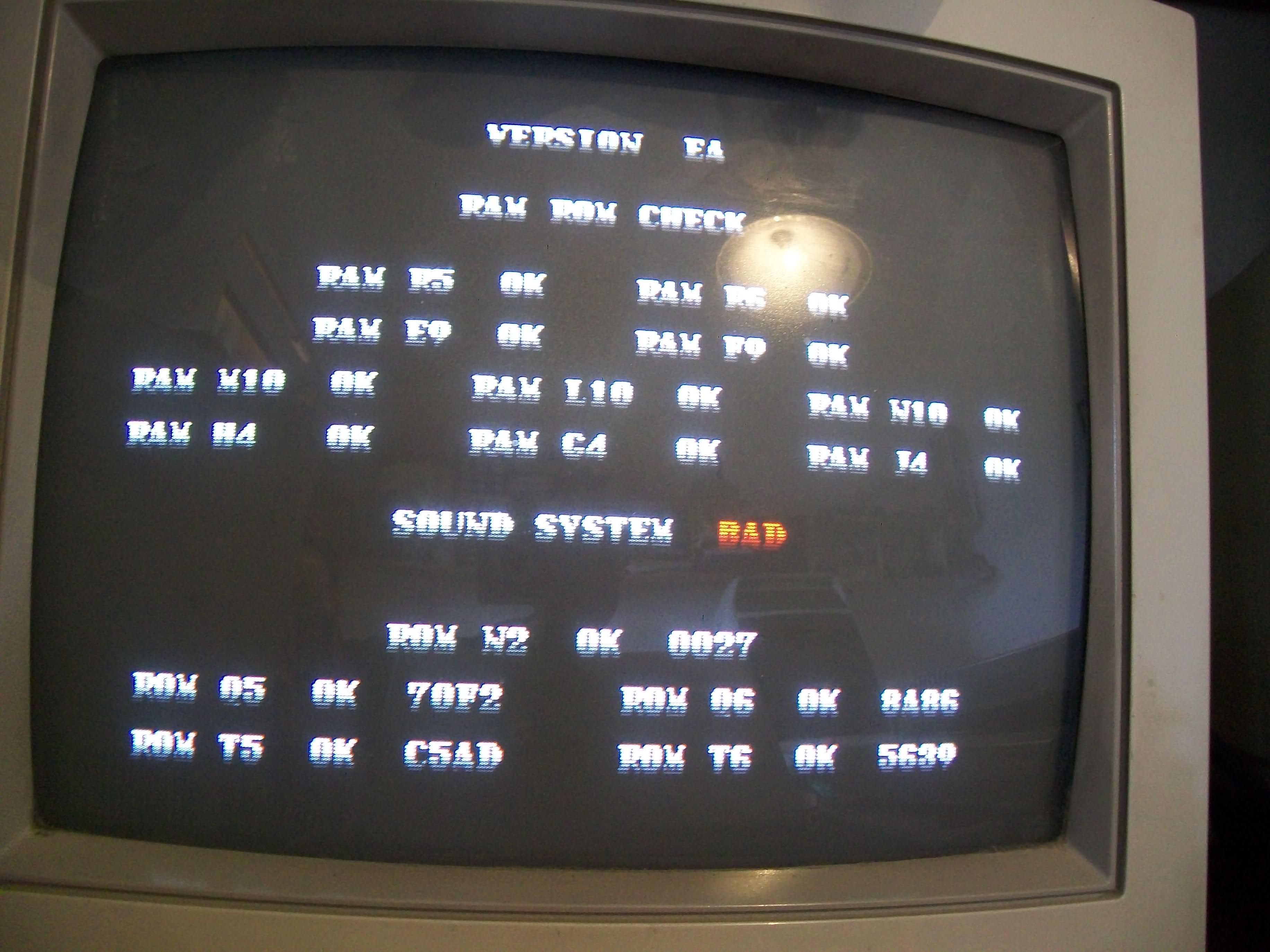 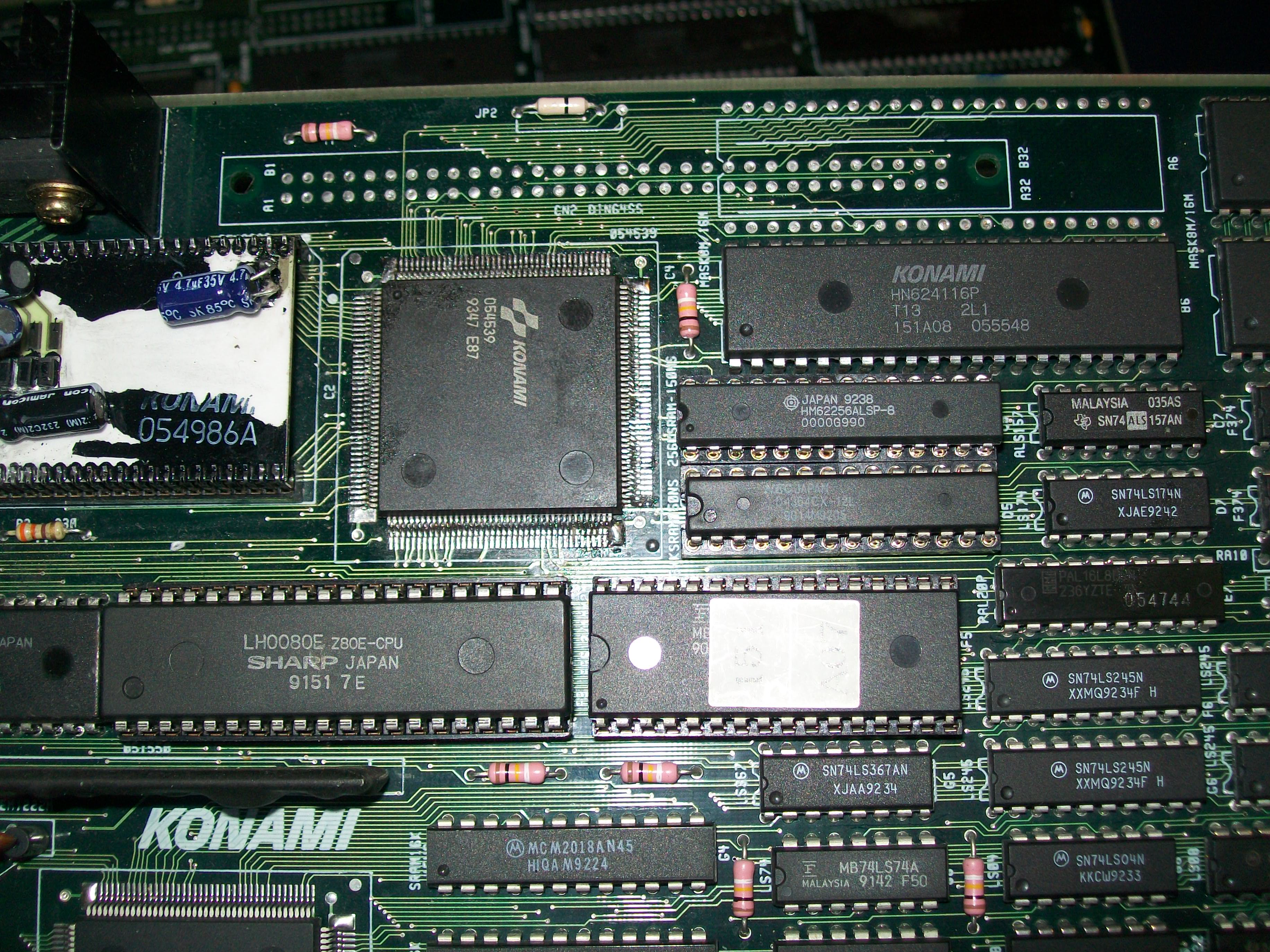 The sound system reported as bad is ruled by a Z80 CPU, probing it revealed its pin 16 (/INT) was asserted, this meant the CPU was undergone an interrupt request stopping execution of code.It was time to use my Fluke 9010A.When I performed a BUS test, it reported address bit 15 (pin 5 of Z80) tied LOW: 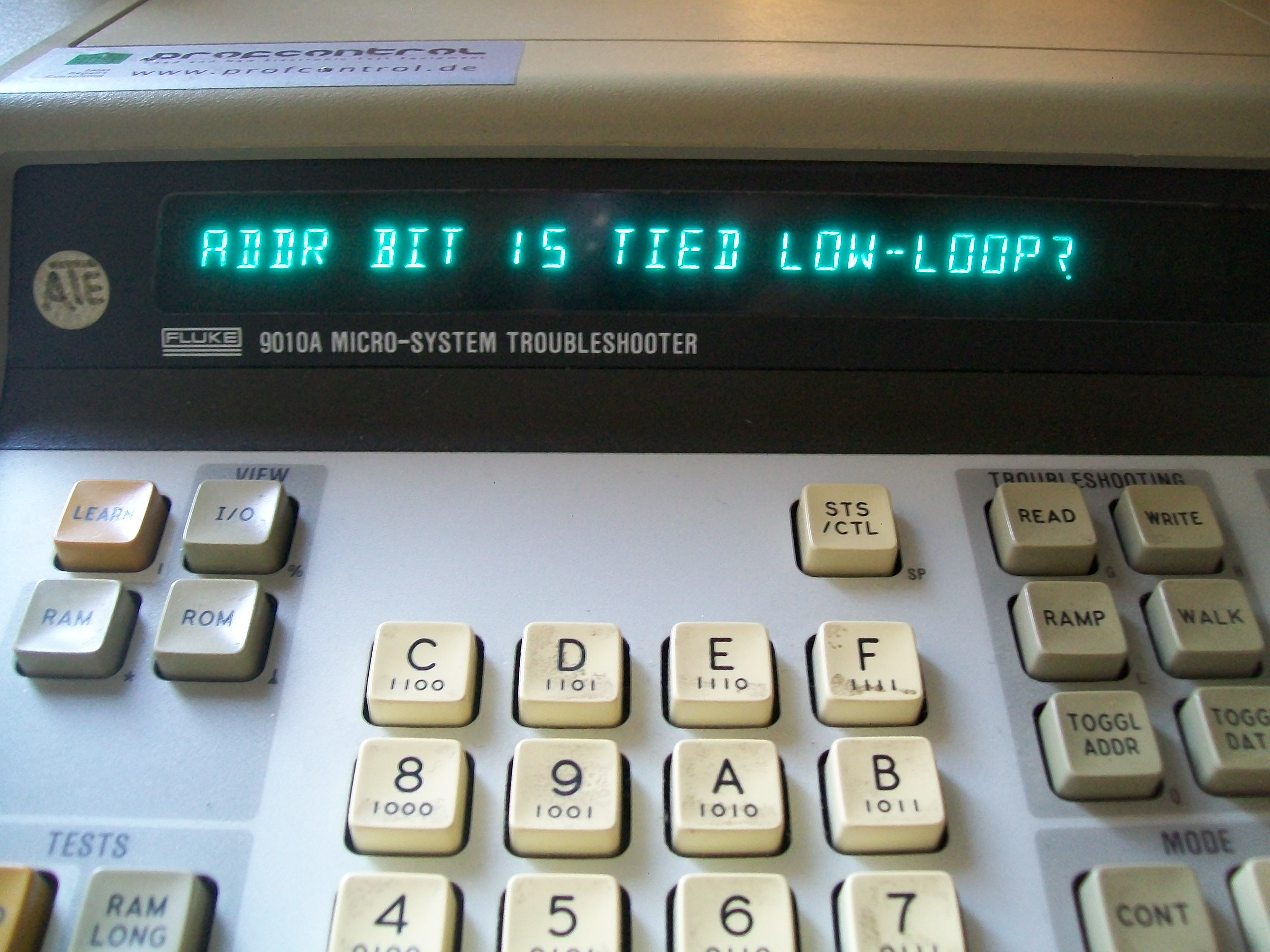 This doesn’t necessarily implies the address line is shorted to GROUND but also that something is forcing it low.But in my case it was really shorted (only few Ohms of resistance to GROUND measured) 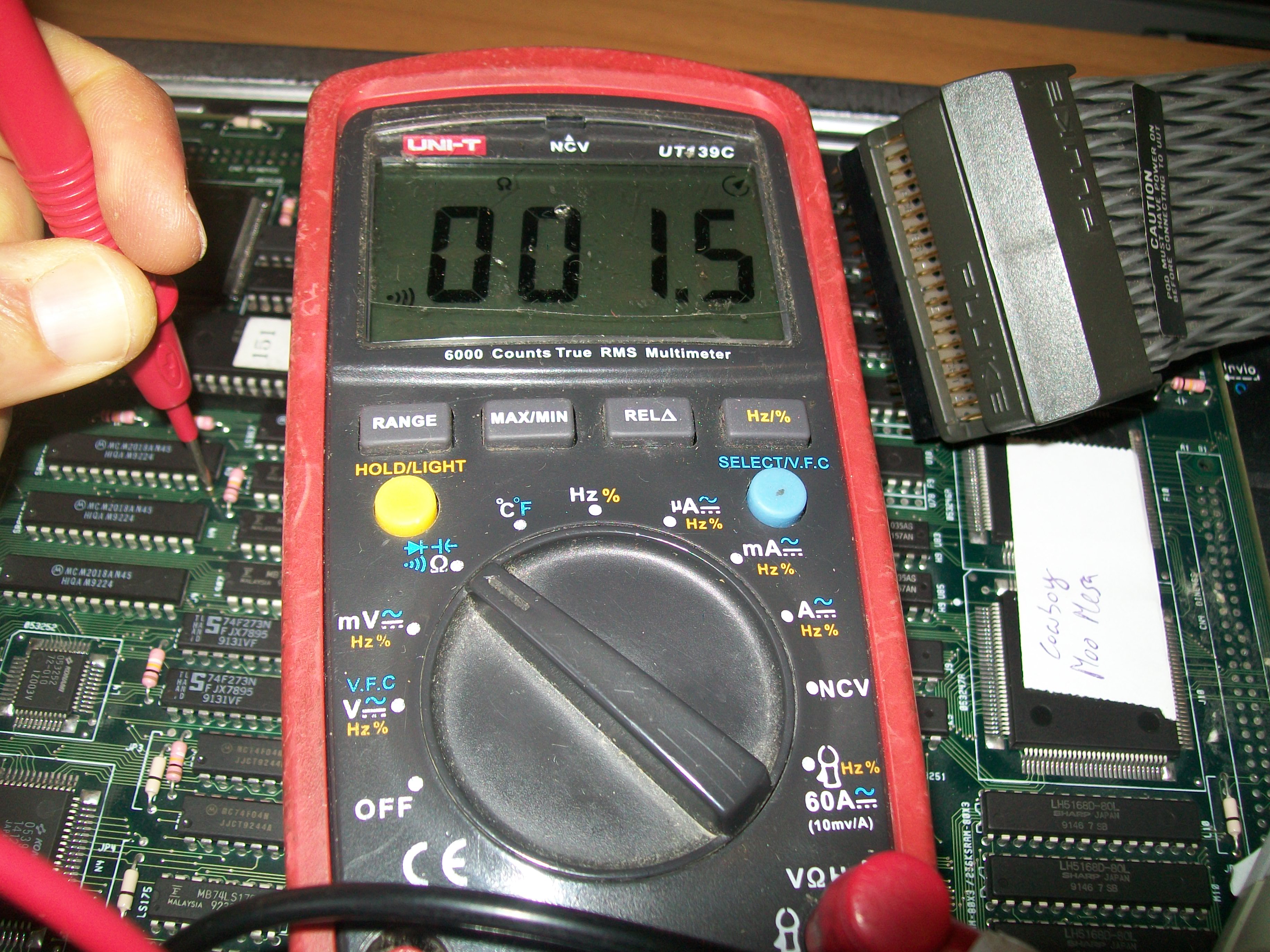 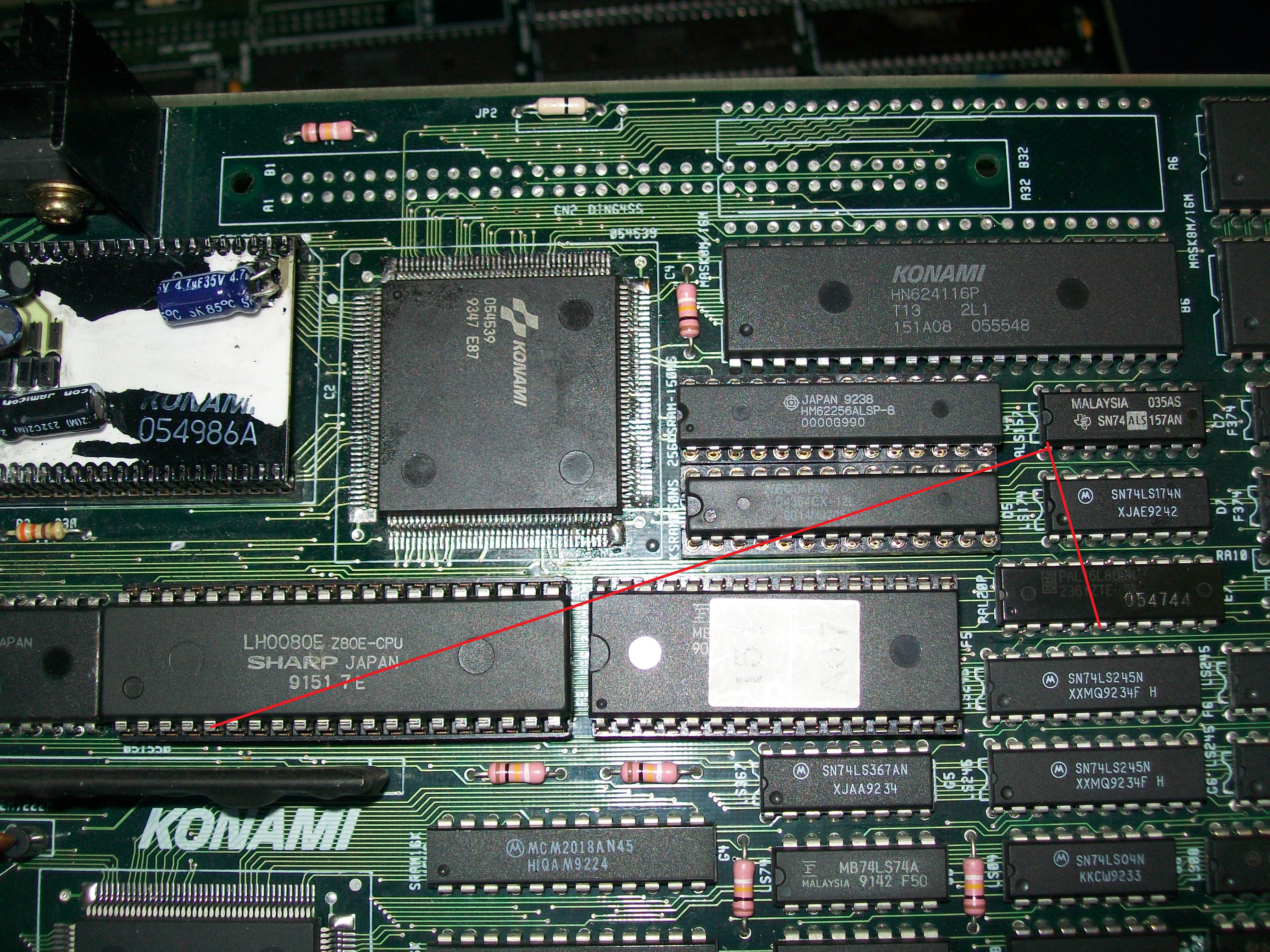 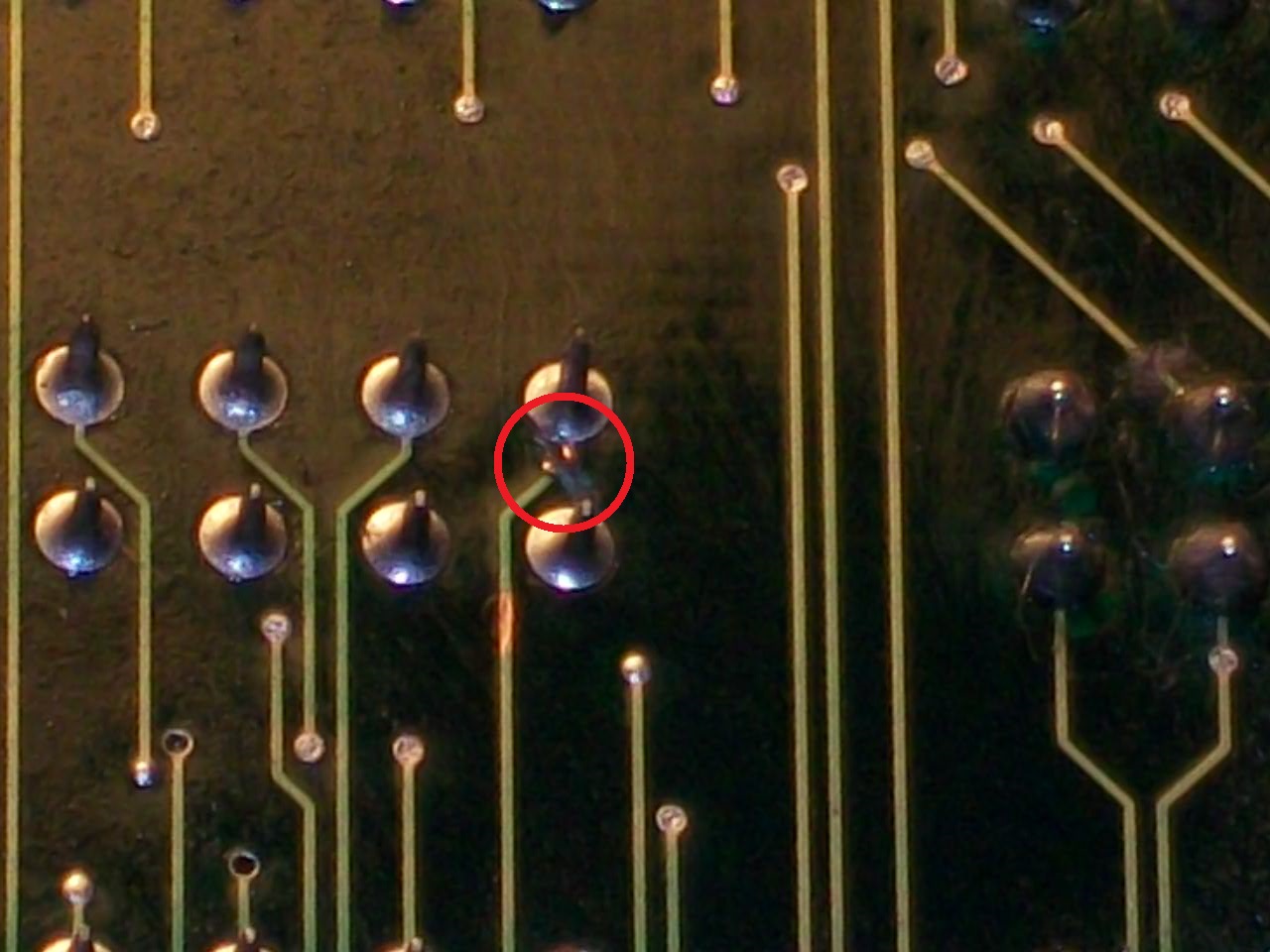 This actually cleared the short to GROUND of pin 5 of the Z80, hence the TTL was internally shorted.Tested out-of-circuit it obviously failed: 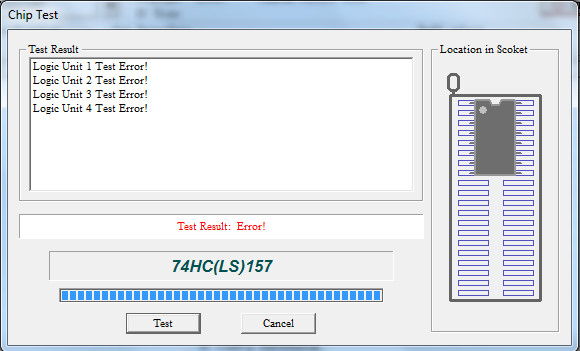 Now board could pass the RAM/ROM check and enter in game:

But sound was very faint, barely audible.I was forced to set volume to maximum to hear something:

The ‘054986A’ module was already recapped with thru-hole electrolytic capacitors: 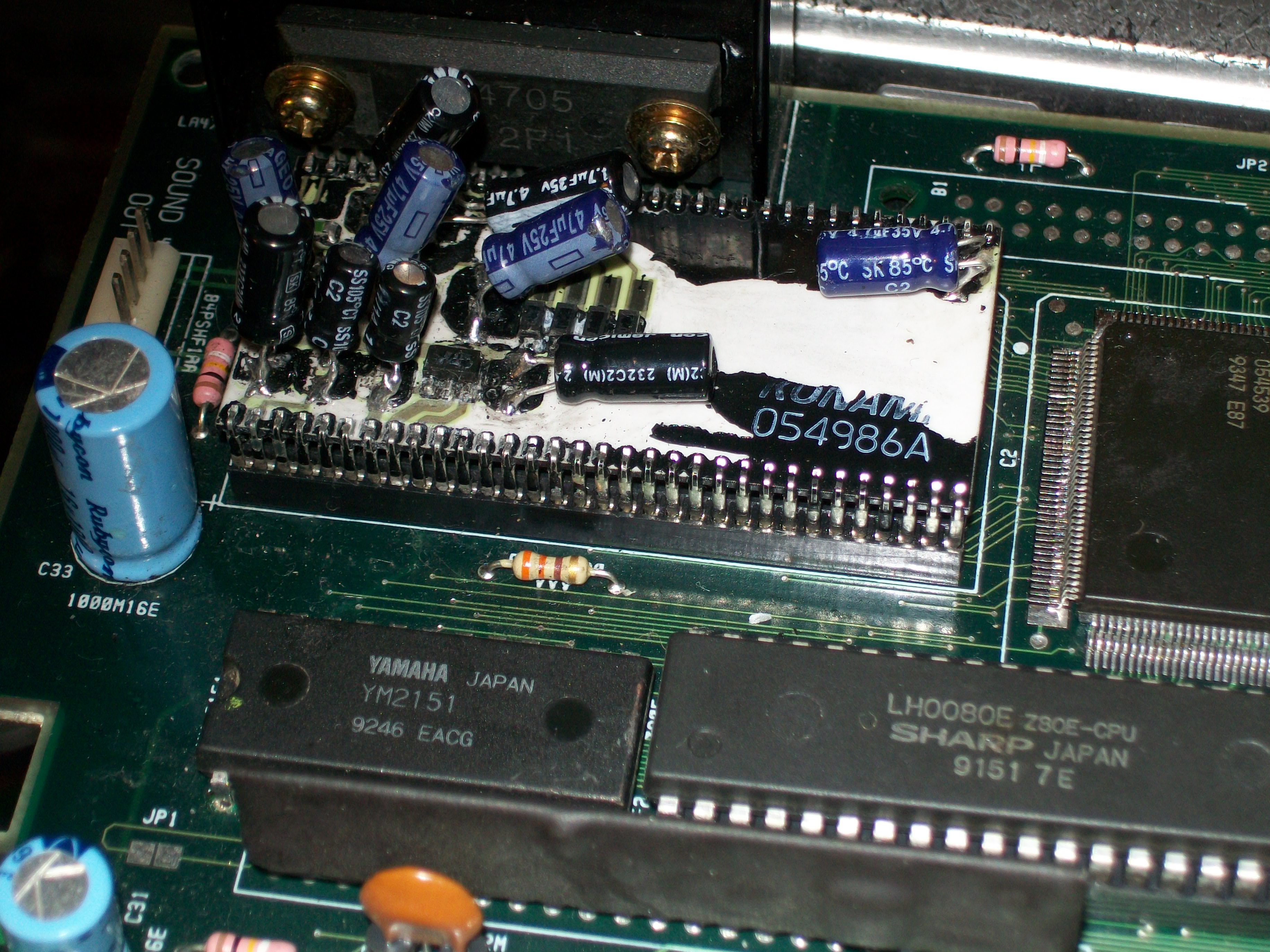 A faint sound meant the main amplifier was working but something was wrong in pre-amplification performed by the 4558 OP-AMP on the underneath of the module.So I went straight and replaced it with a compatible LM358:

Sound was back loud and clear!Job done.