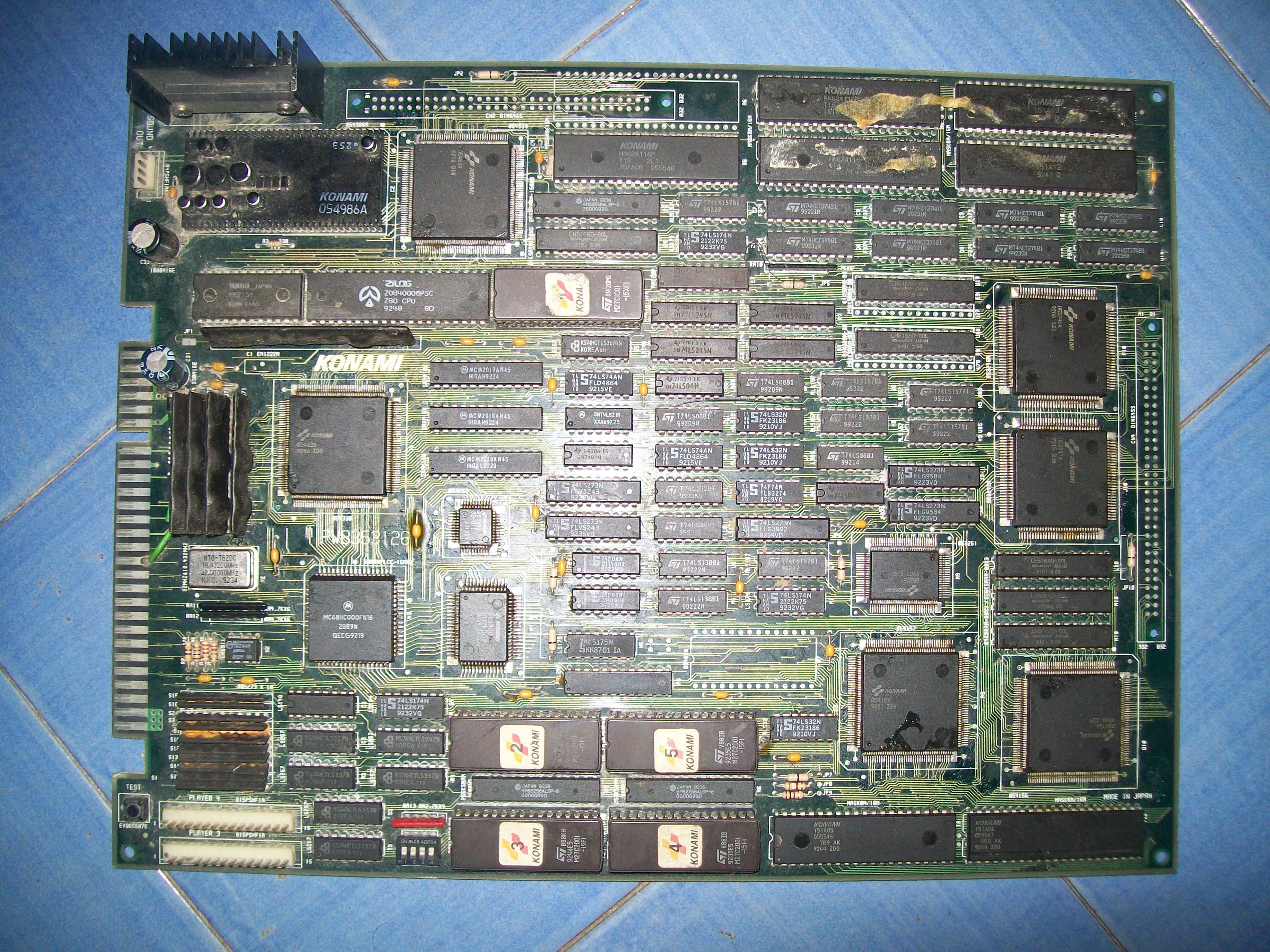 PCB was very dirty with flux residual and rust so I first washed it.After dried I powered it up and was greeted by this screen: 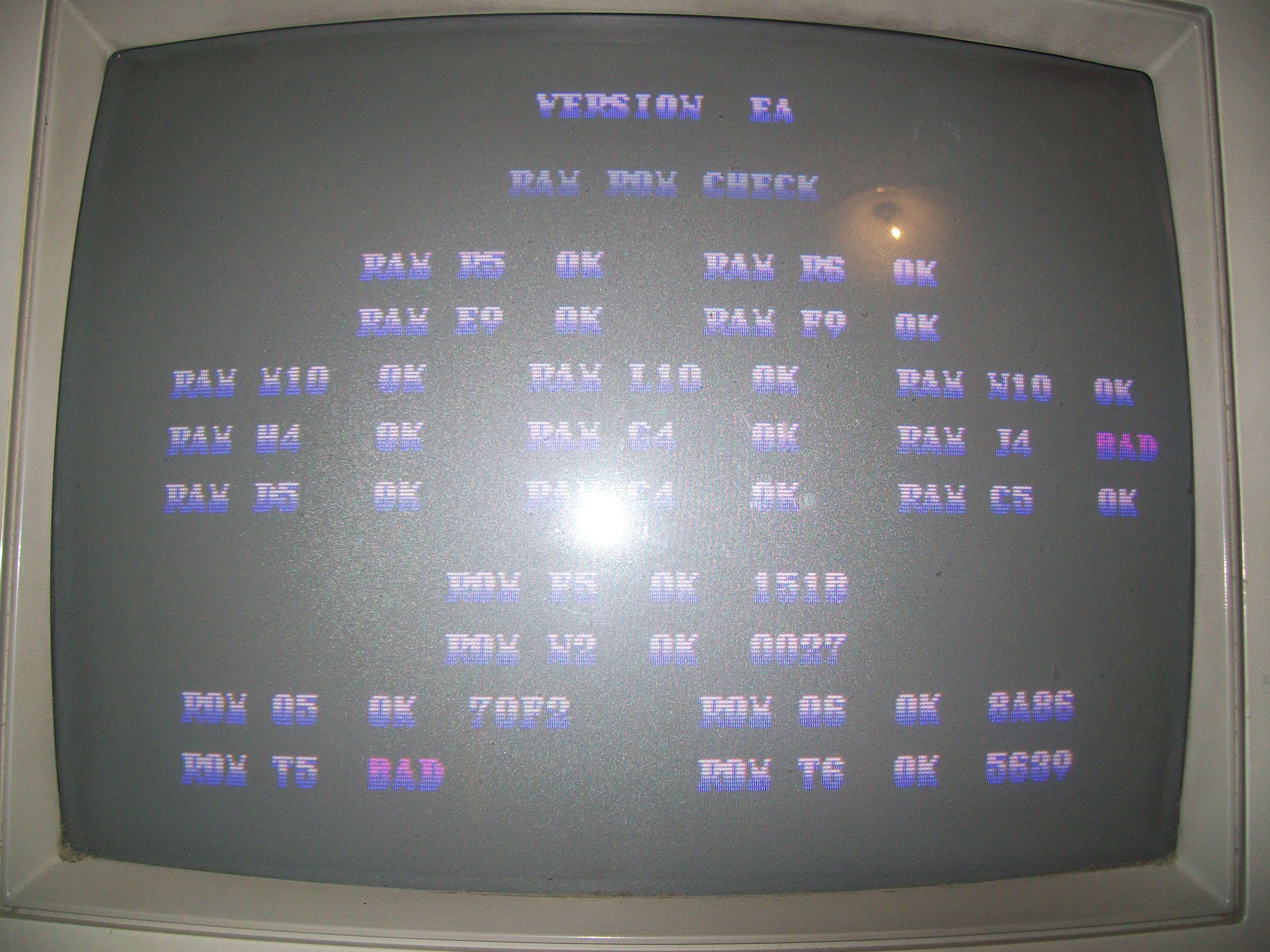 The initial self-test reported a bad ROM @T5 and a bad RAM @J4, obviously the board didn’t boot up but kept resetting.Usually Konami testing routines are very reliable so I went to dump the four program ROMs and actually the one @T5 showed at offset 0x3FFB4 a difference  of only one byte (well, one nibble..) compared to the MAME dump:

I reprogrammed the EPROM (a 27C020) and error was cleared but obviously the one regarding the RAM @J4 was still present: 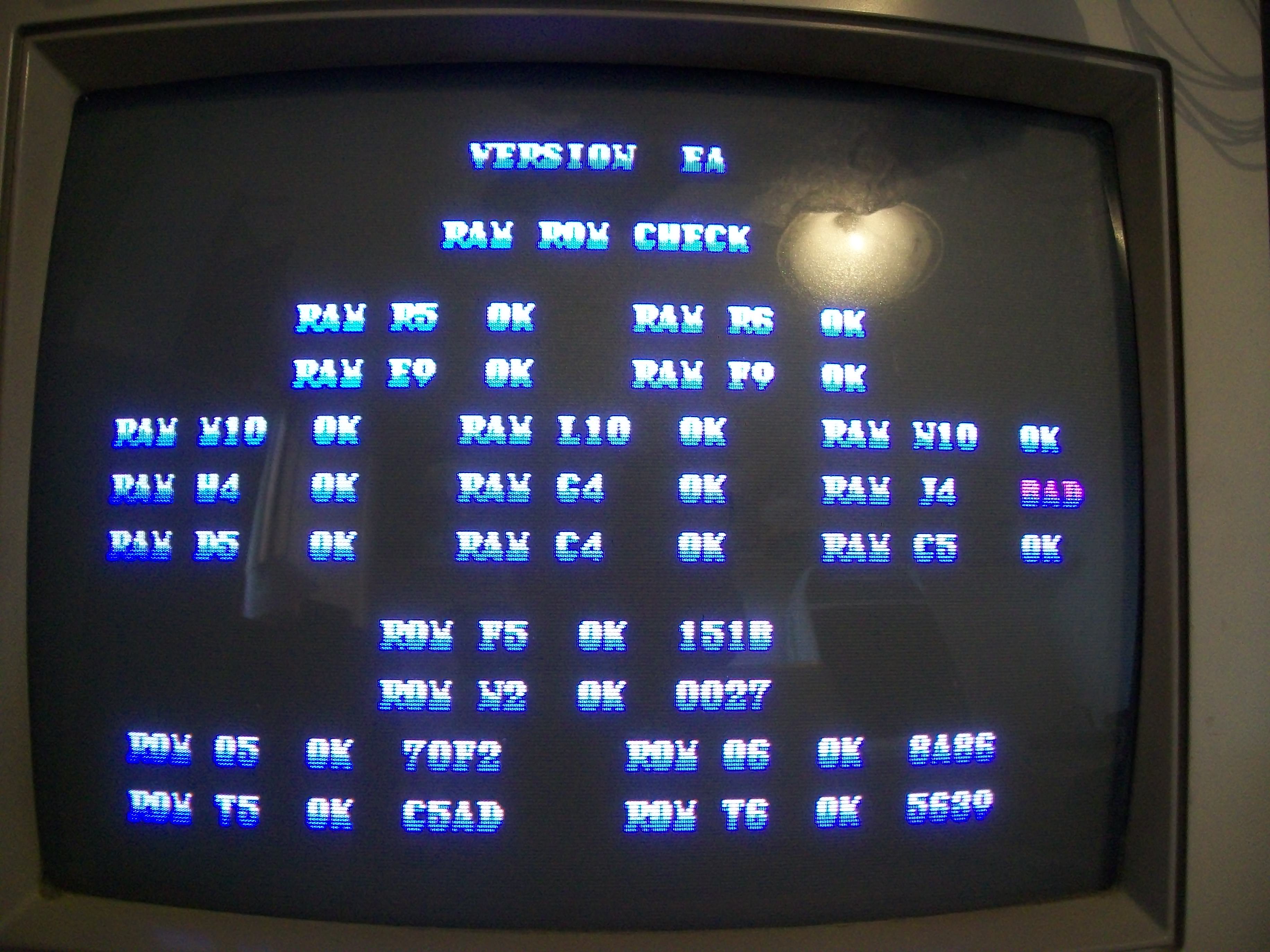 Piggybacking it had not effect so, before removing the chip in order to test it out-of-circuit, I checked its connections with a multimeter.All was fine until  I could measure a short between pin 21 (/WE) of the RAM and VCC : 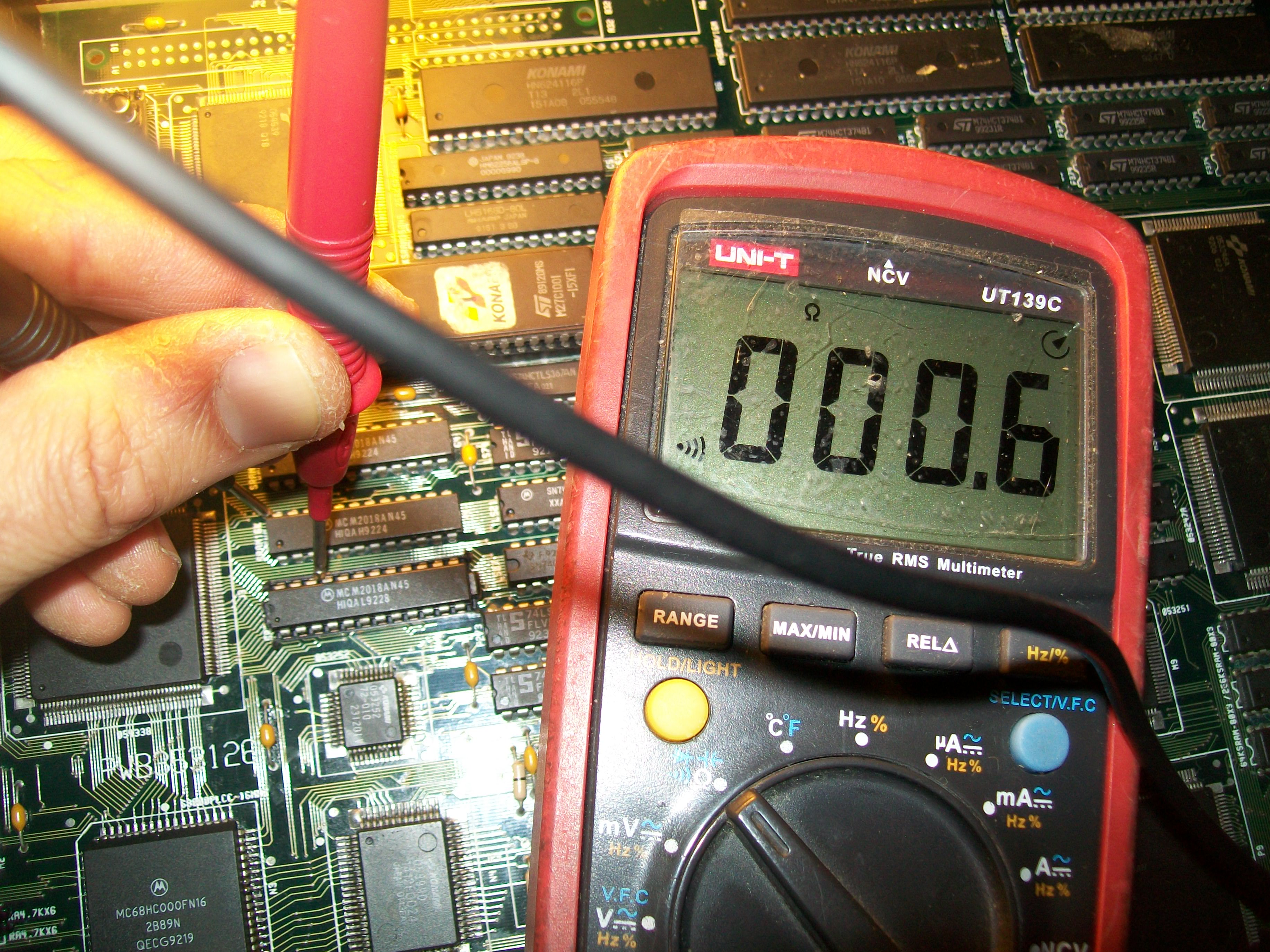 This explained why the RAM was reported as bad as it was never be written (write enable signal is active low).The /WE signals of the other two RAMs are generated by the near ‘054338’ custom : 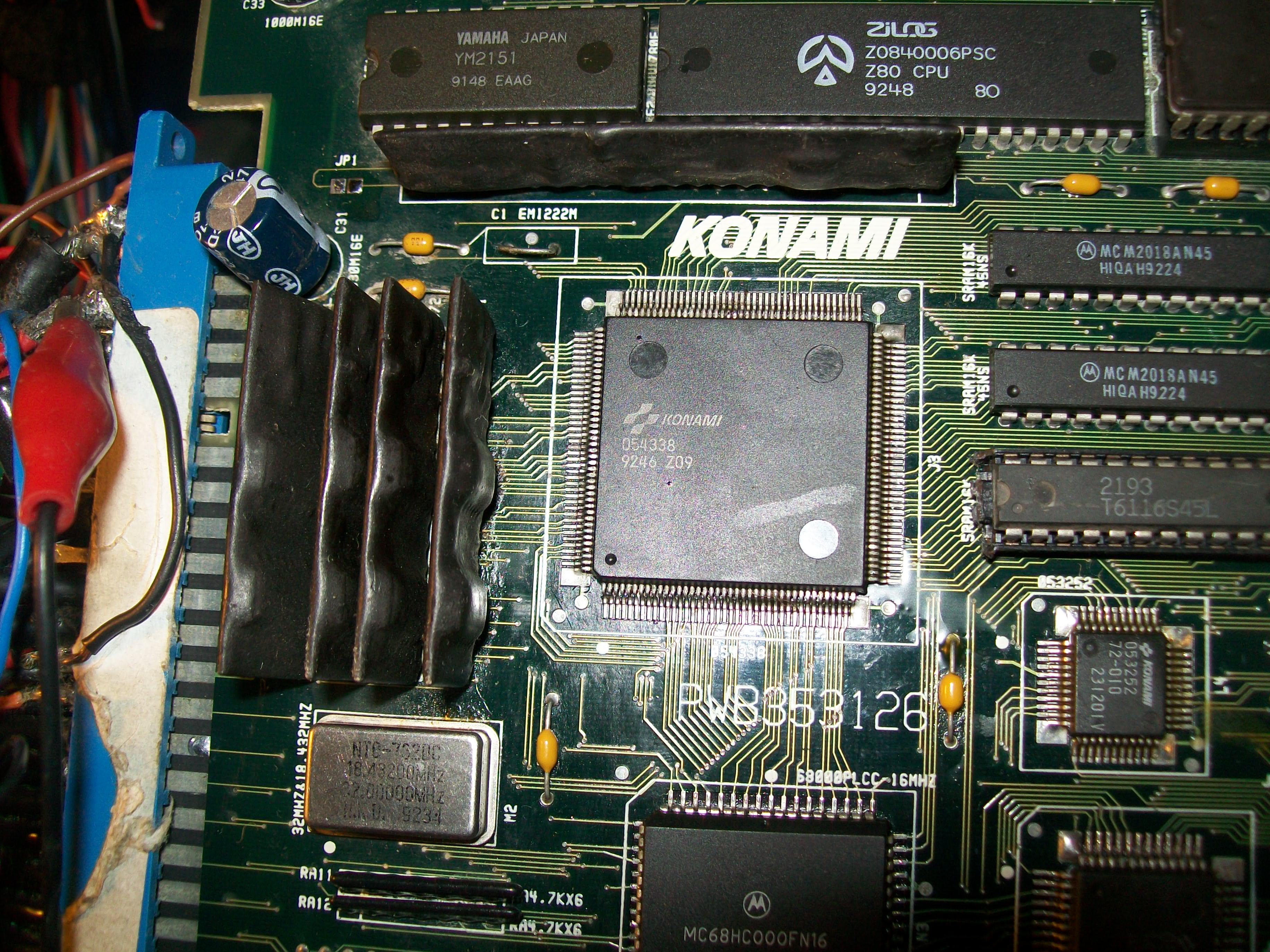 so I went to inspect it with a digital microscope and found two bridged pins: 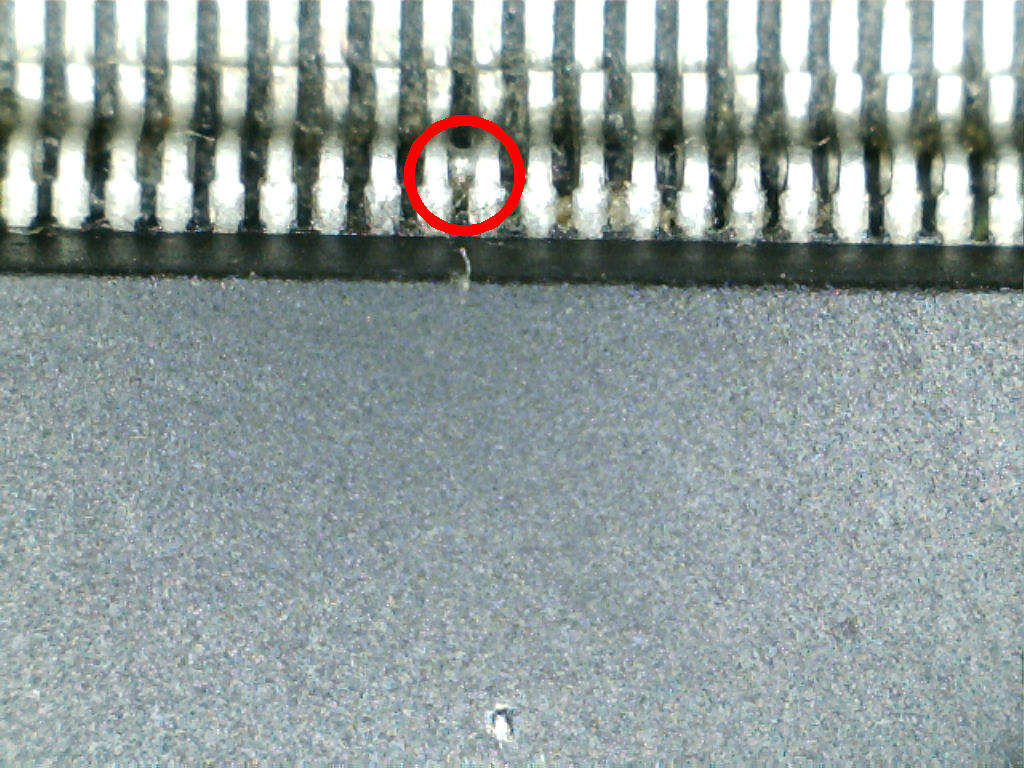 I removed the bridge and board successfully booted but sound was totally missing:

This is a common issue on these Konami board that use the ‘infamous’ hybrid audio module.This board has the ‘054986A’ one : 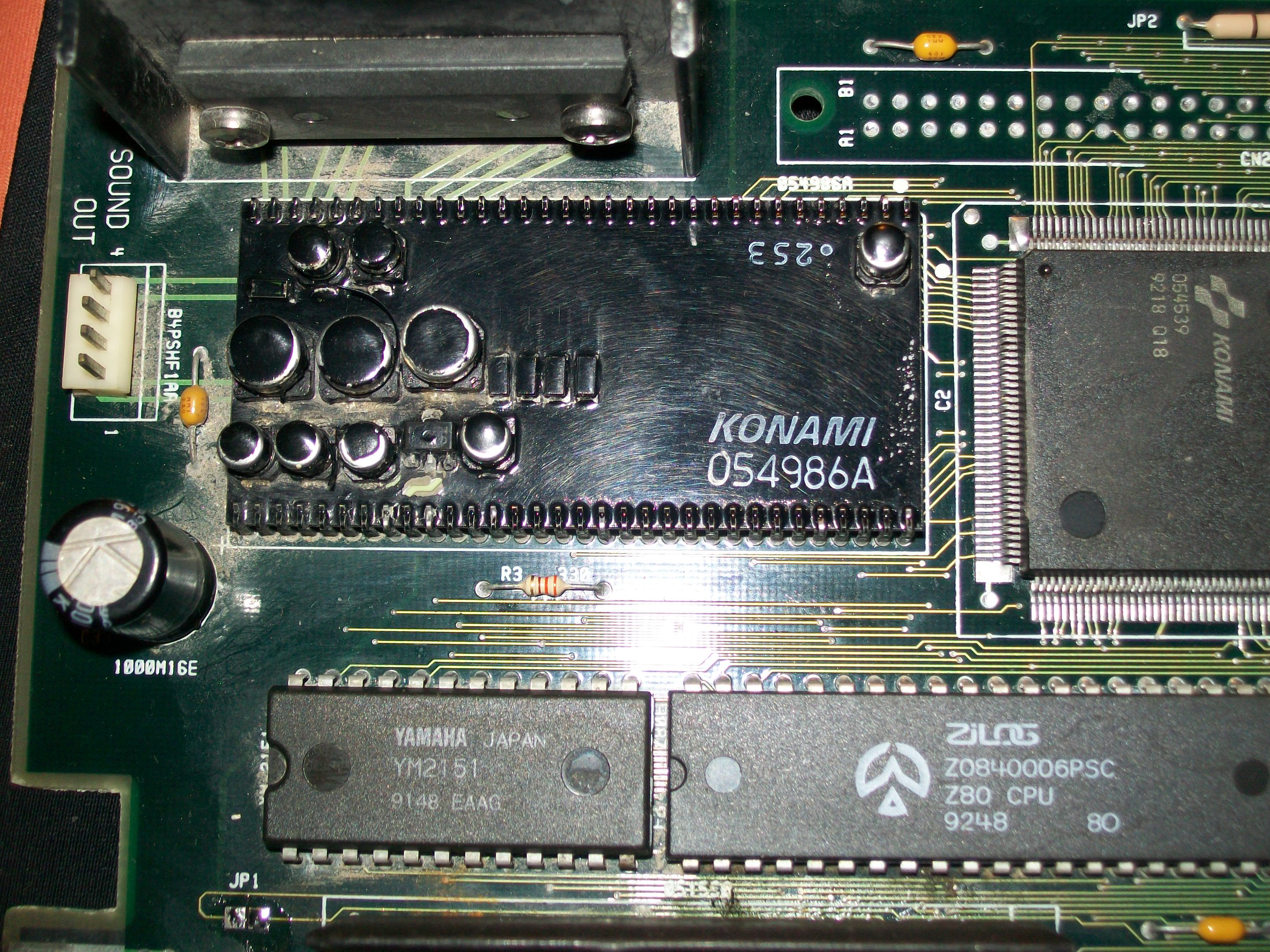 Usually you can fix this issue by replacing the capacitors but I opted for a drastic solution removing the module and installing two rounded machine-tooled strips with 1.778mm of pitch:

Lastly I used one of my ready module: