Some days ago I had on the bench this Wolf Fang: Kuhga 2001 PCB (known outside Japan as “Rohga – Armor Force”) , a good-looking horizontally scrolling shoot ’em up manufactured by Data East in the 2001 : 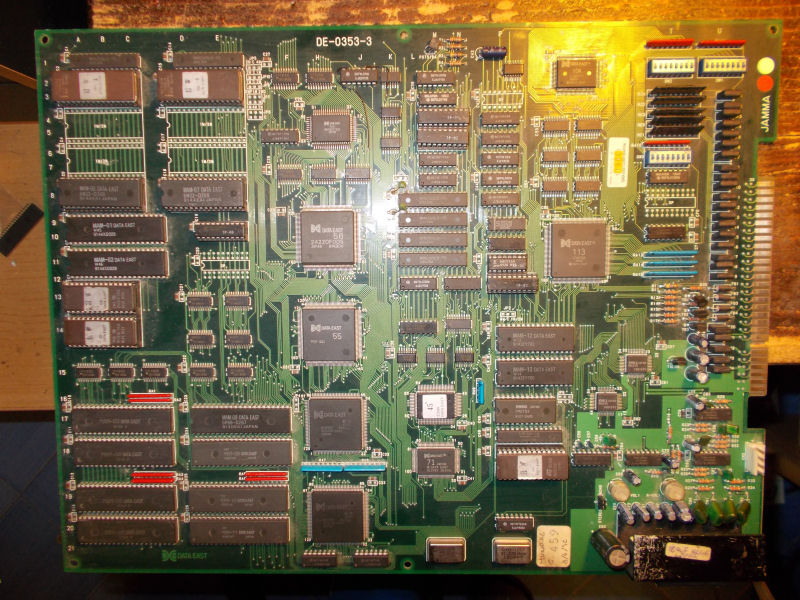 When I powered it up, I was greeted by this screen. 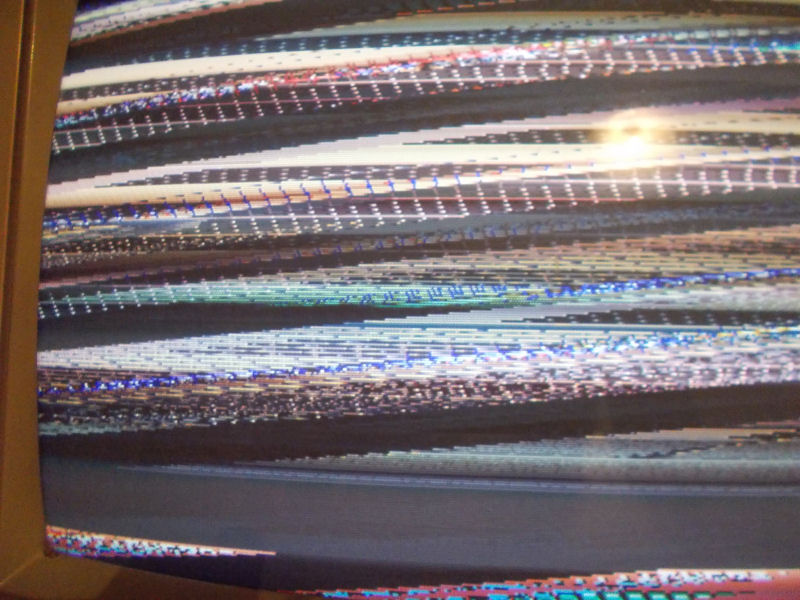 It was a clear lack on SYNC signal confirmed also by a measurement with a frequency counter on pin 13 solderside of the JAMMA connector.So, given the absence of schematics, I started to trace back the signal with a multimeter but couldn’t find where it was generated.Visually inspecting the board I found a suspicious crack over a trace : 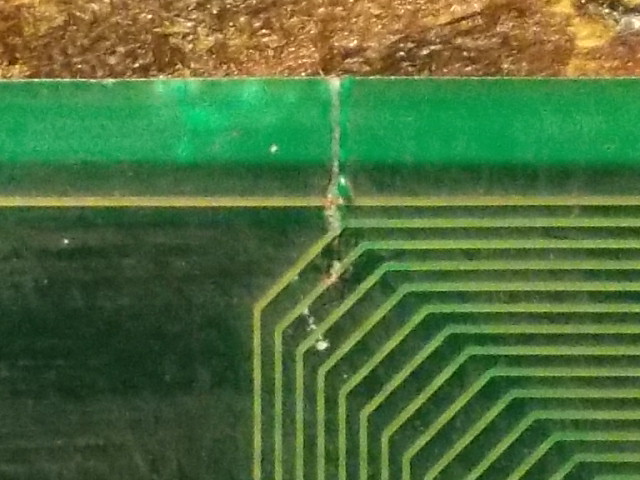 My multimeter confirmed the trace was really severed.After patching it, the SYNC signal was restored but there were jailbairs on the sprites: 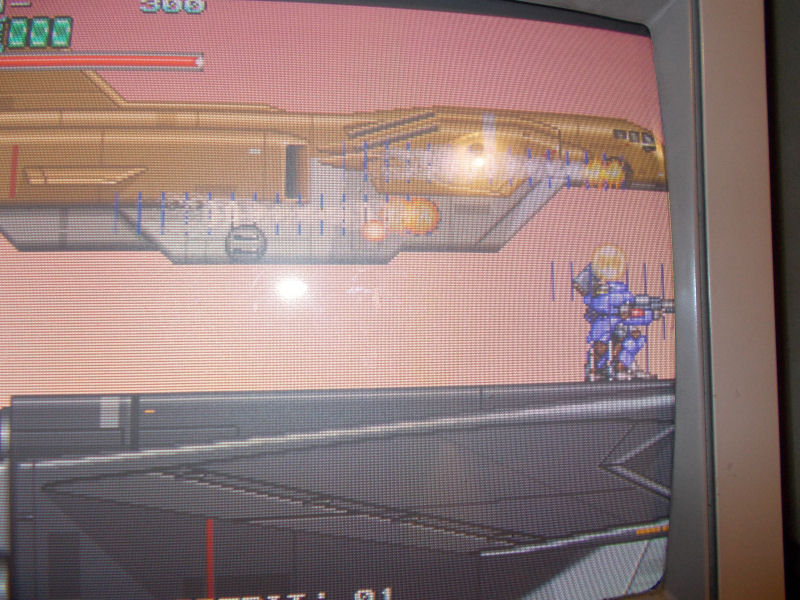 Sprites are stored in some 42 pin MASK ROMs : 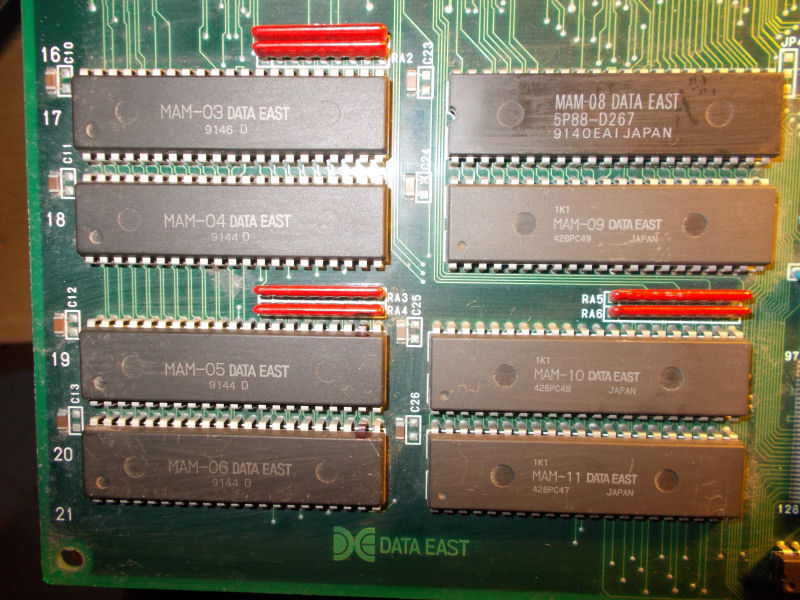 I visually inspected the area and found another broken trace on solderside which lead to a data line of these MASK ROMs: 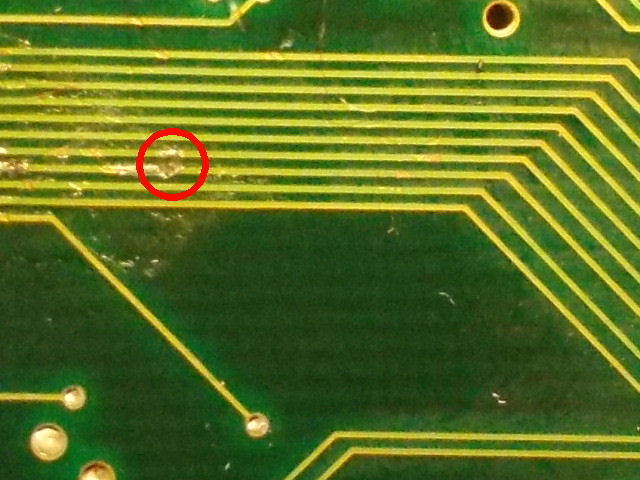 I promptly patched it with some AWG30 wire: 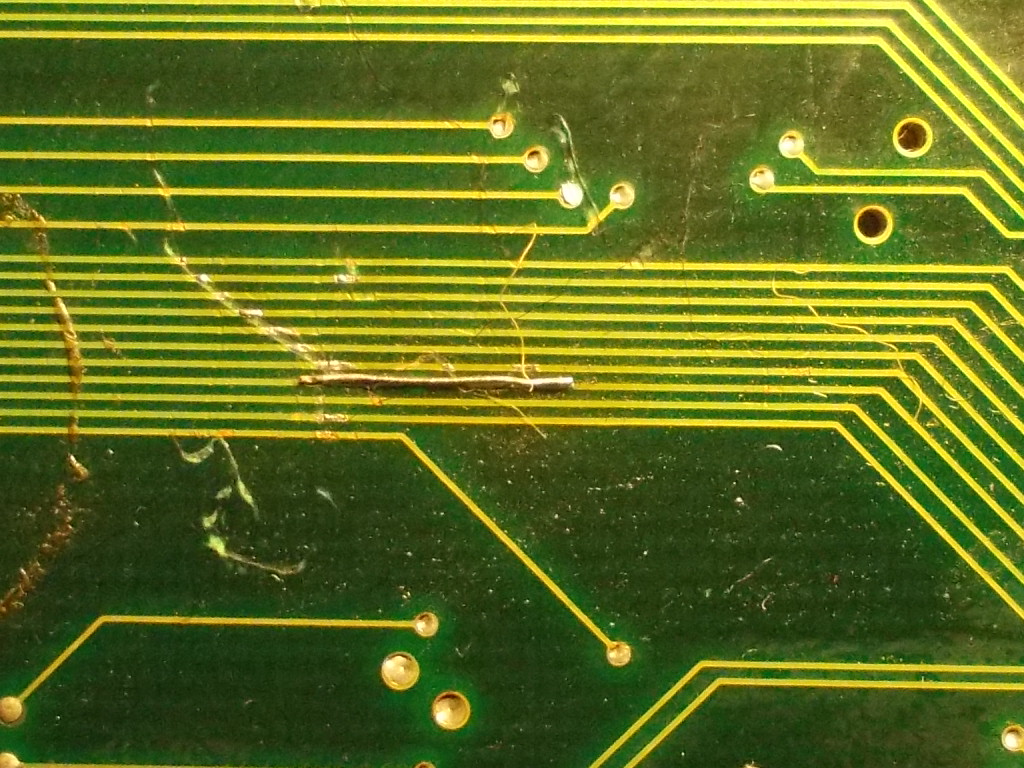 and sprites were restored: 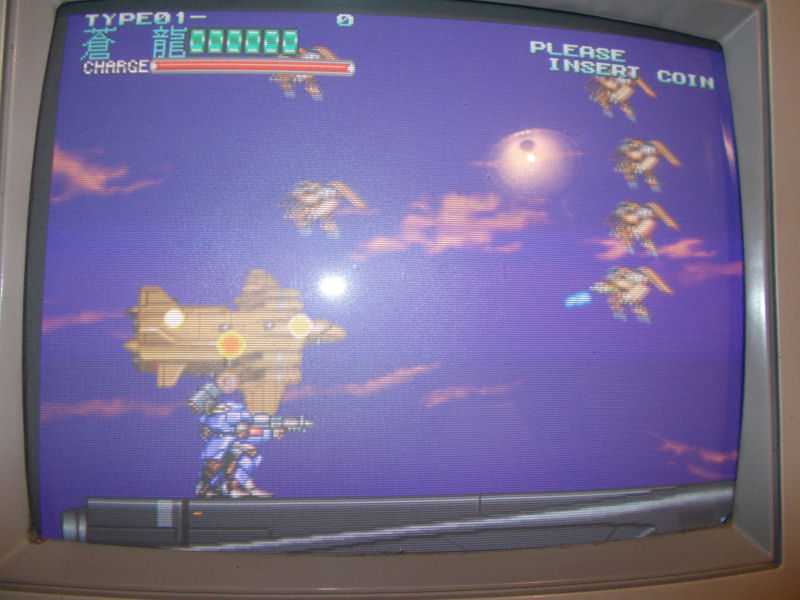 But after this I realized that sound was missing at all.Diverting the audio signal to an external amplifier, I could hear both music and sounf FXs but there was no output from the TA8205AH amplifier on PCB : 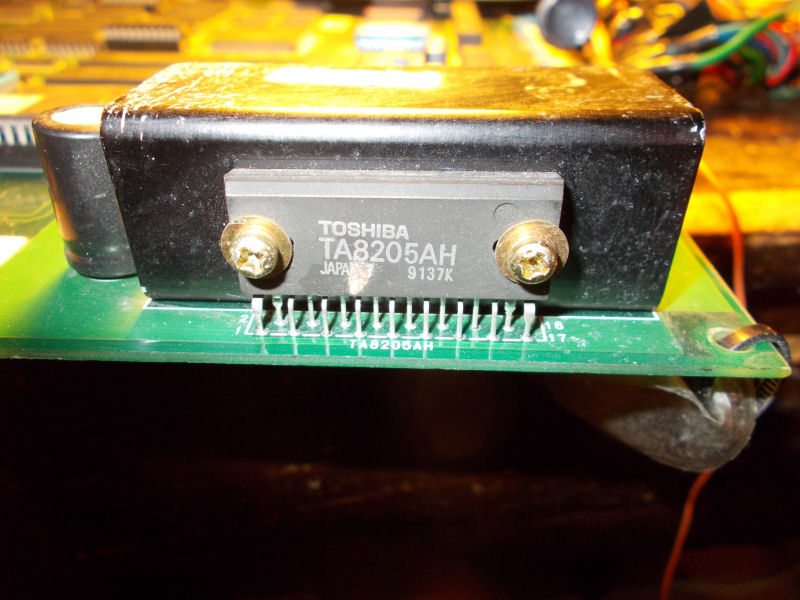 So I decided to remove and replace it but , as for my previous Pitfall II repair, I was wrong, it was good.Looking at its datasheet, I could figured out how its mute circuit was made:

Checking the 220uF 16V electrolytic capacitor connected to pin 8 of the amplifier gave me a dead short across the terminals.So I desoldered and test it out of circuit having confirm it was really shorted: 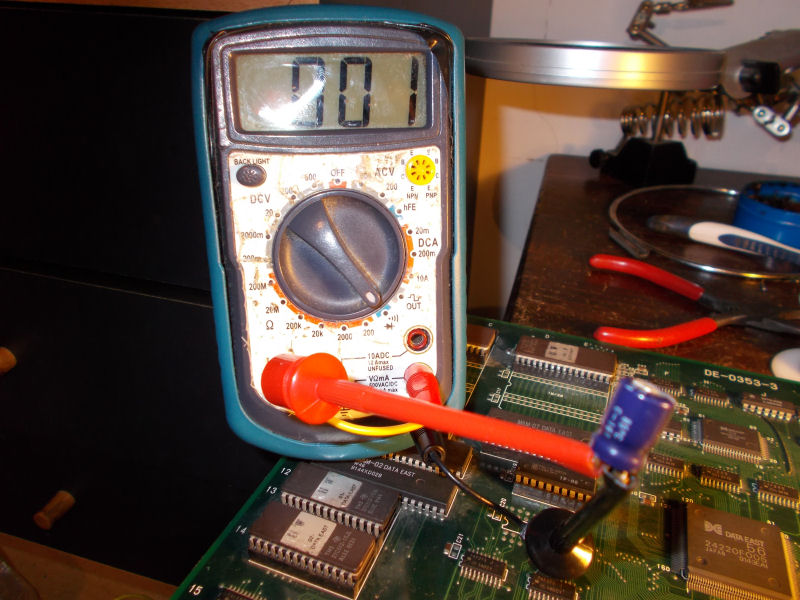