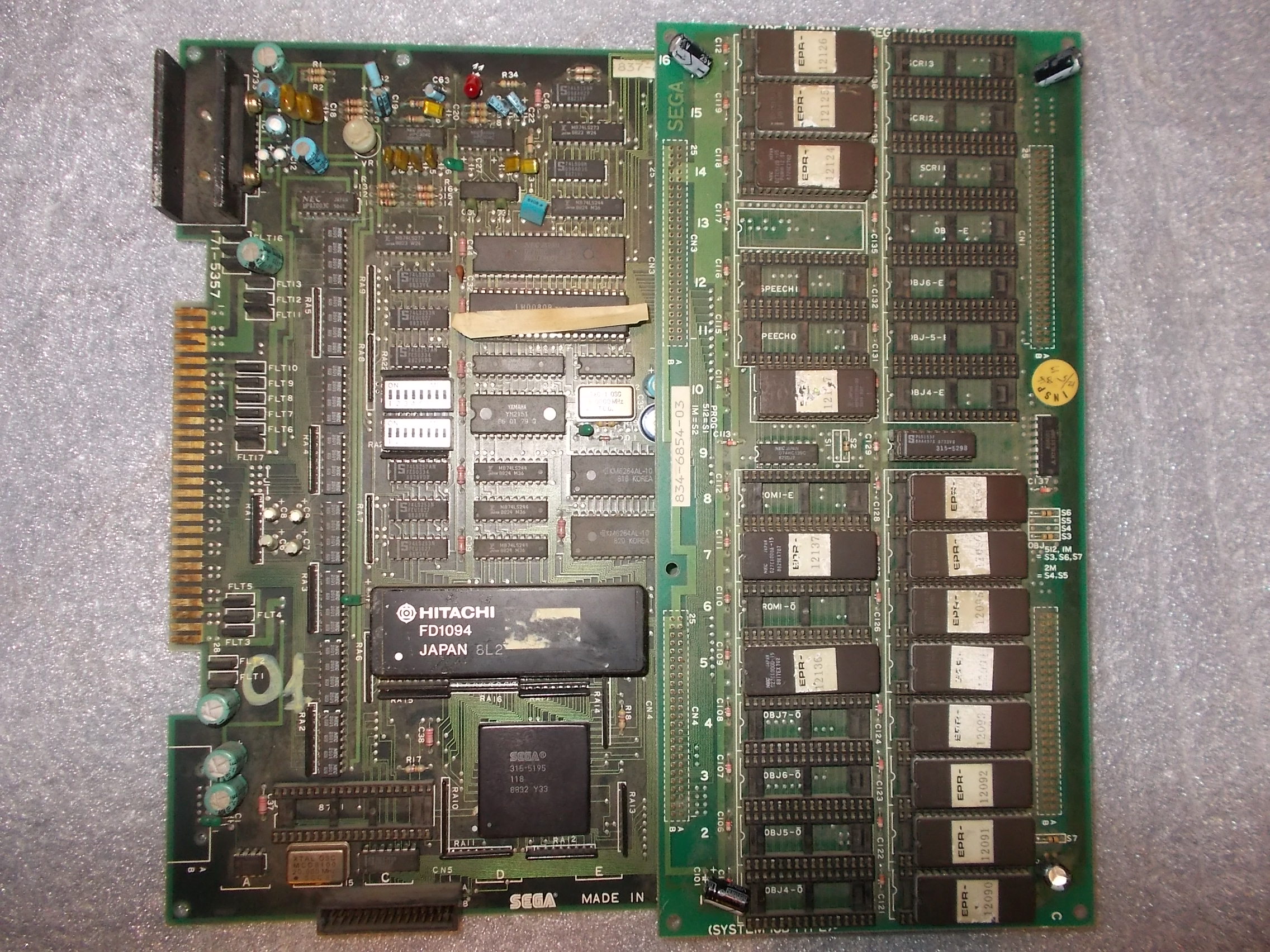 Board booted into game but sound was missing and some objects glitched :

I decided to troubleshoot for first the lack of sound.The amplifier was previously replaced as well as some electrolytic capacitors: 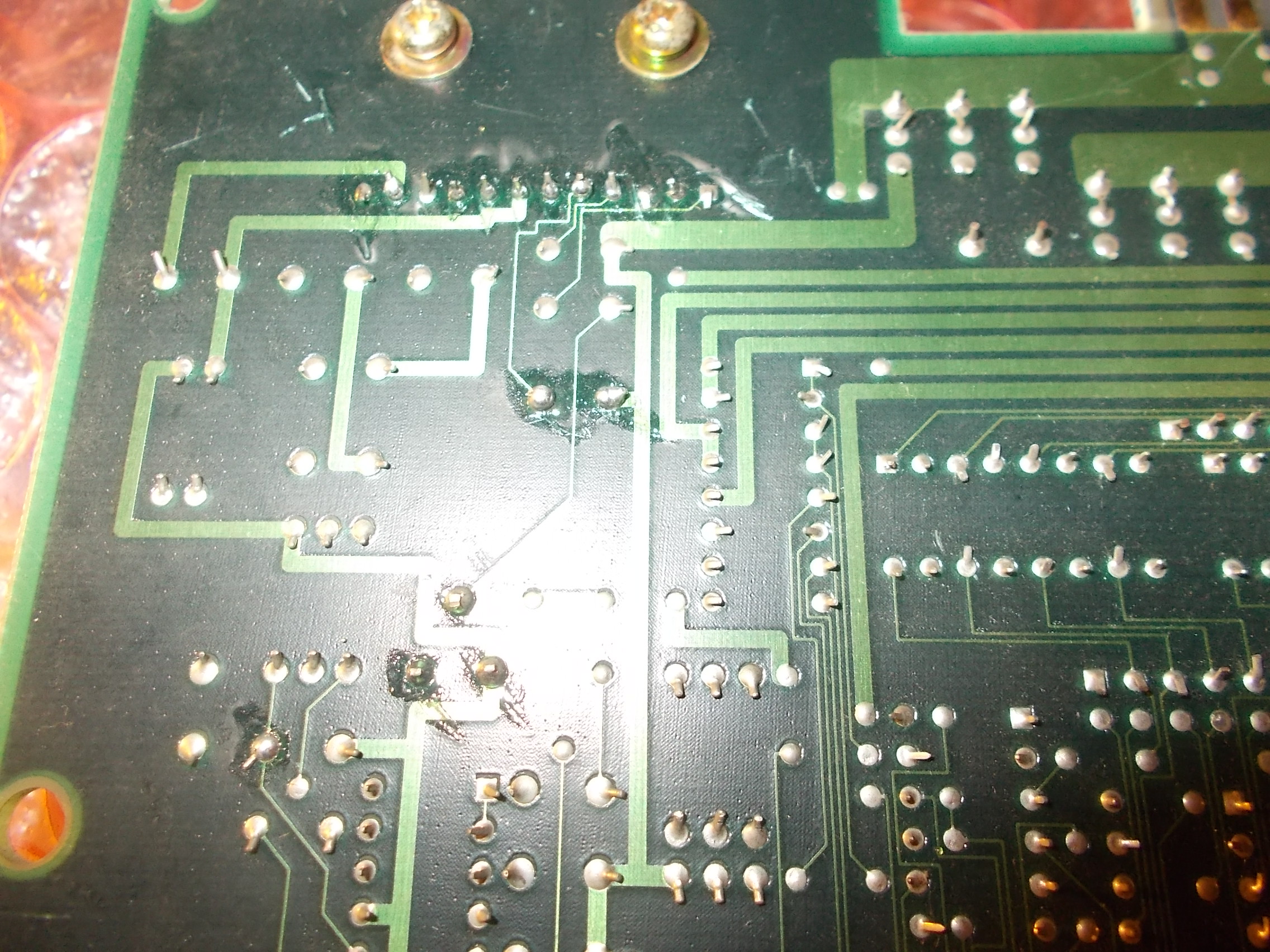 Using my audio probe I could figure out that the lack of sound was not caused by a fault in the analog circuit but it had a digital nature so I went to check the relevant circuit made of a Z80B CPU, a 6116 SRAM, a ROM and a YM2151 (plus a UPD7759 for speech samples) and I found that pin 15 (data line D5) of the RAM was silent as well as on the respective data bit of the Z80 and the YM2151 : 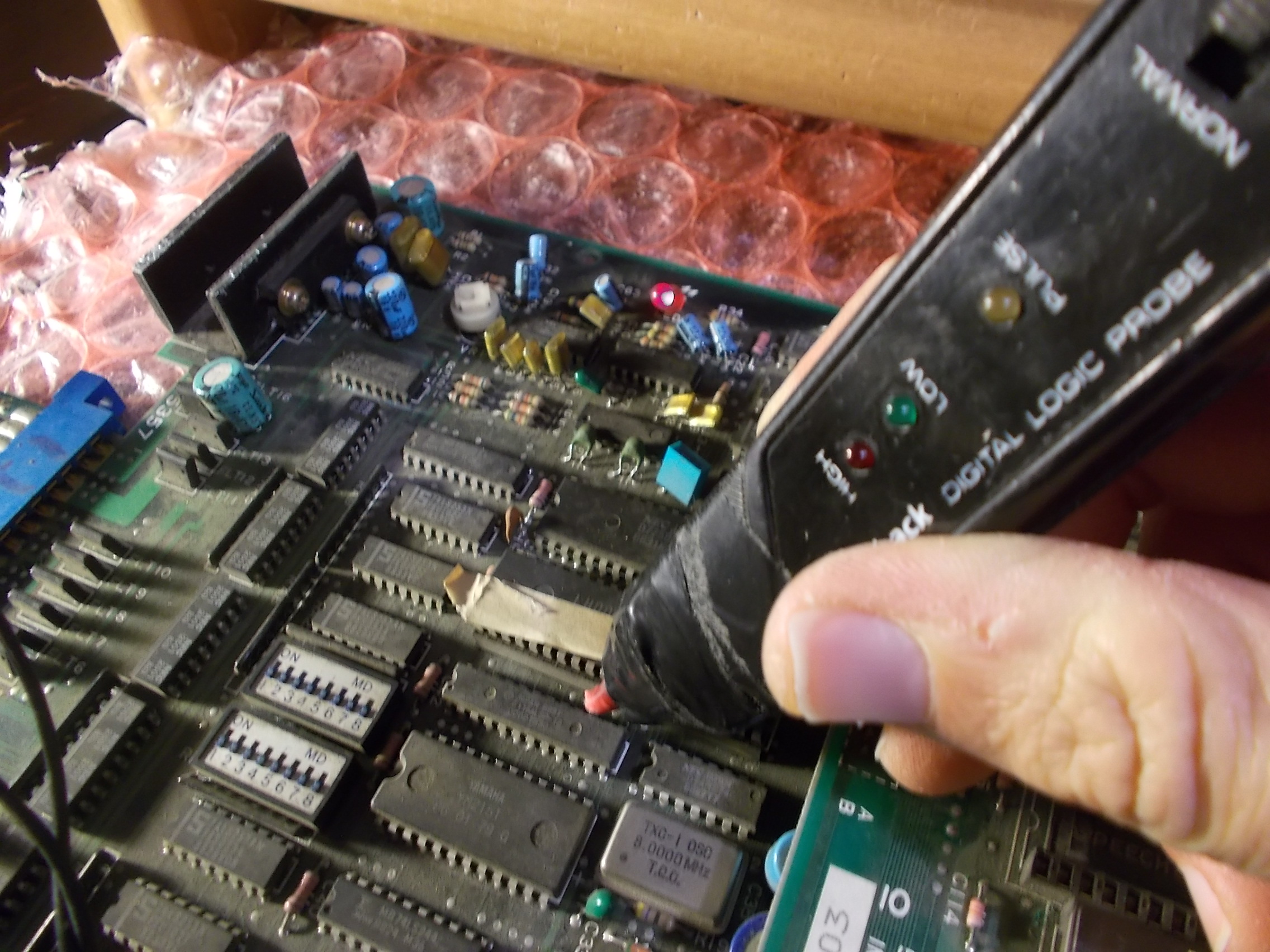 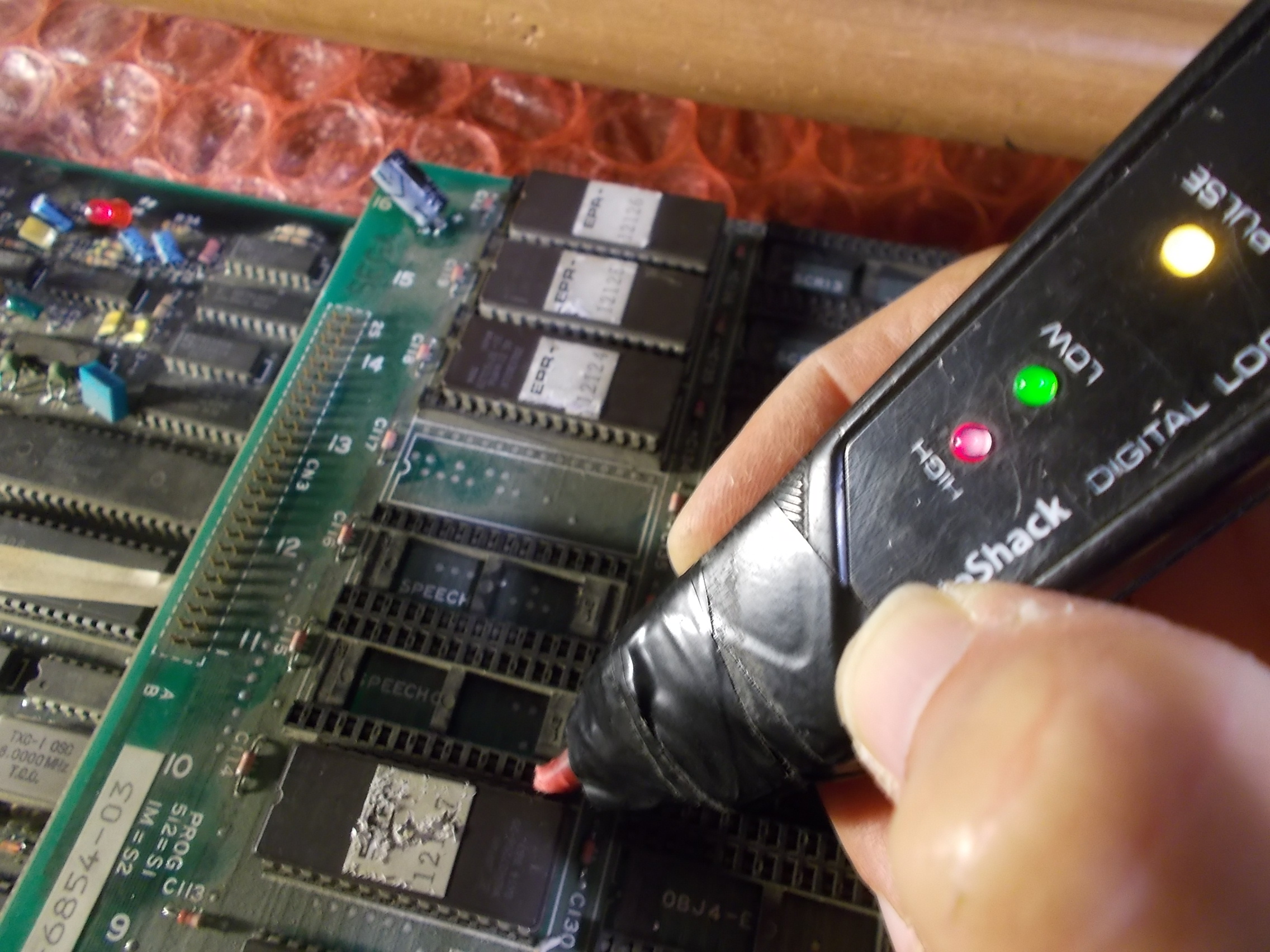 There was clearly a broken trace somewhere so I run a jumper wire from the RAM to the ROM: 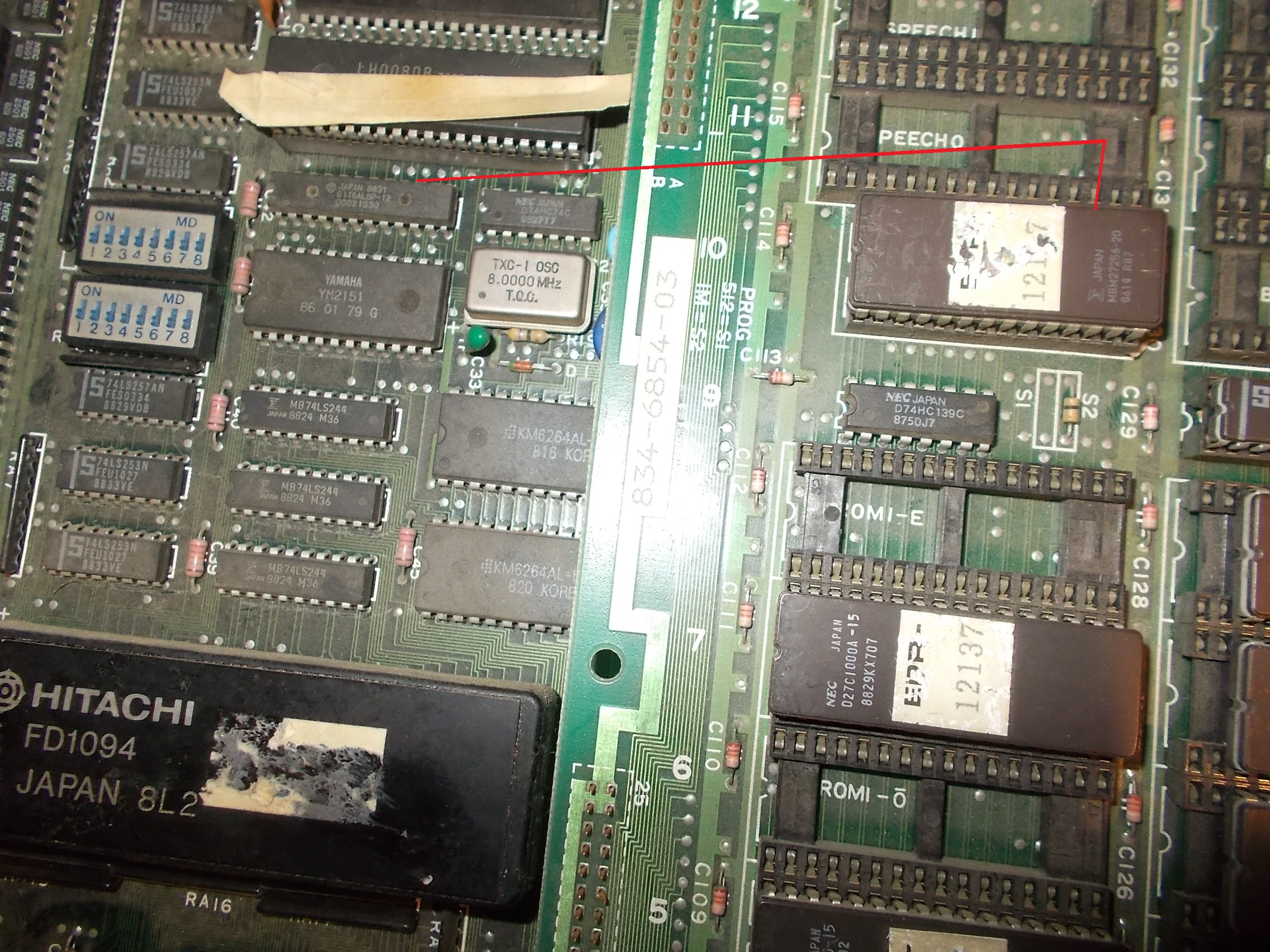 This restored the sound.

Now the sprites issue.Relevant data are stored in eight 27C512 on ROM board : 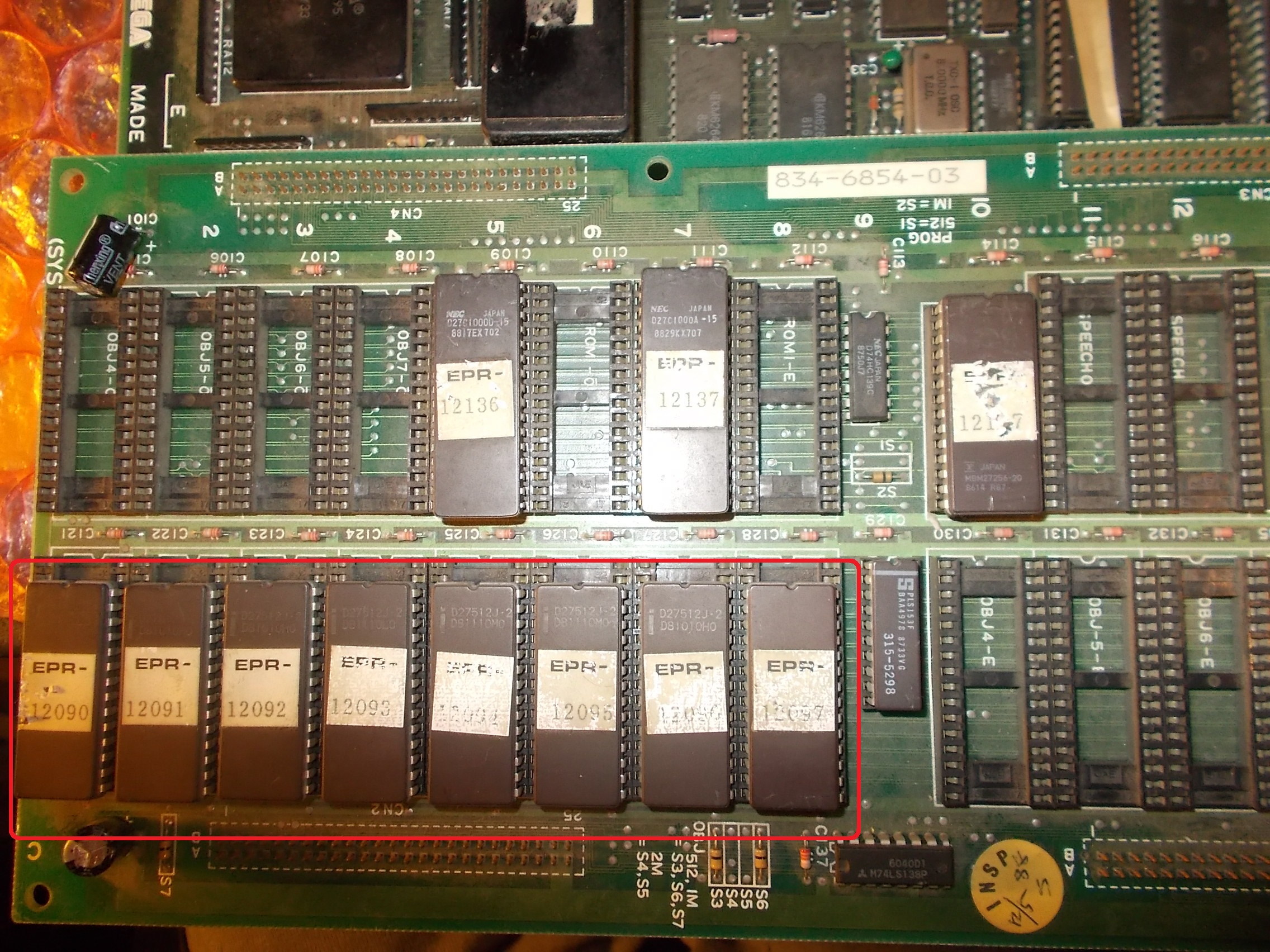 I dumped the devices and my programmer complained about a bad contact on pin 9 of the EPROM @B2 and pin 16 of the one @B7:

At a closer inspection it turned out the pins were cut so they didn’t make a good contact into sockets:

I rebuilt the pins and this fixed the sprite issue.Board fixed.